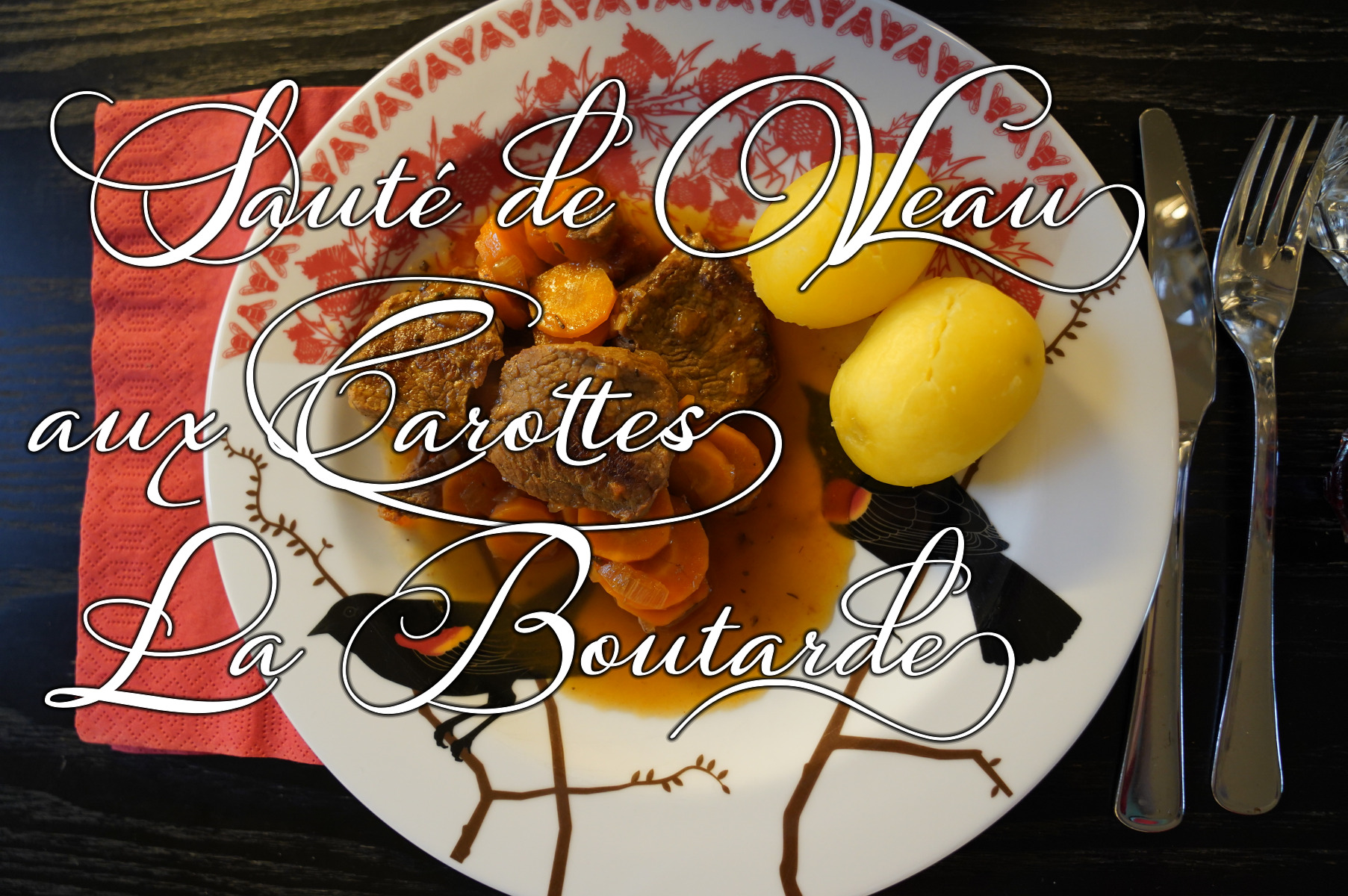 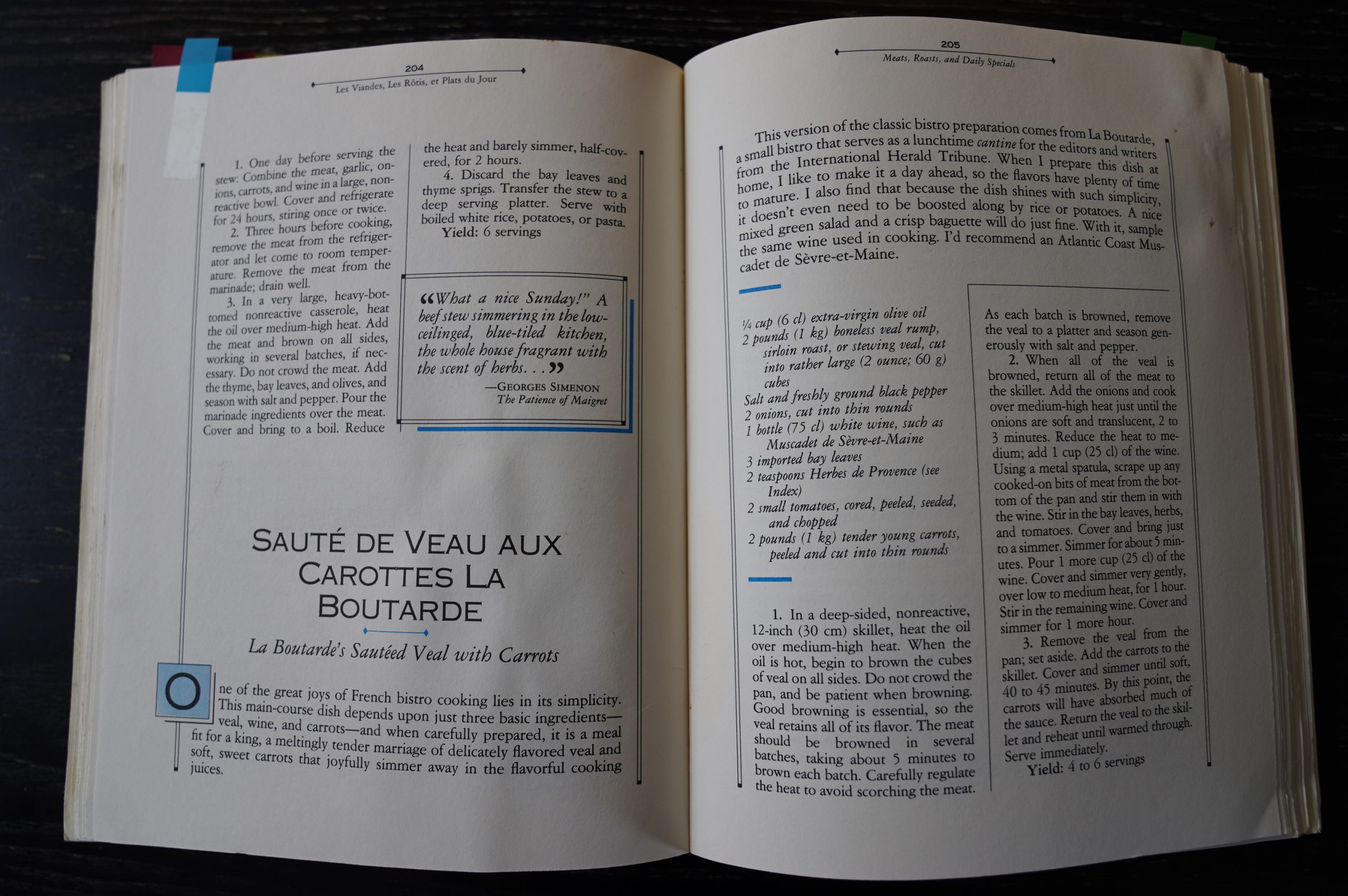 The first dish of the day is the mains, because it turns out that the starter takes four days! Who knew! Not me! I never read these recipes before I start to cook; I just get the ingredients and hope for the best.

So they mains is… veal? VEAL?! Isn’t that supposed to be all evil and stuff? What is veal anyway? I’ve never actually looked that up… is it Bambi? Young Bambi before his/her mother was killed? Or is that… venison? Veal? Venison?

Possibly male. (Well, not the one in the GIF.)

I think I knew that, but I blanked. 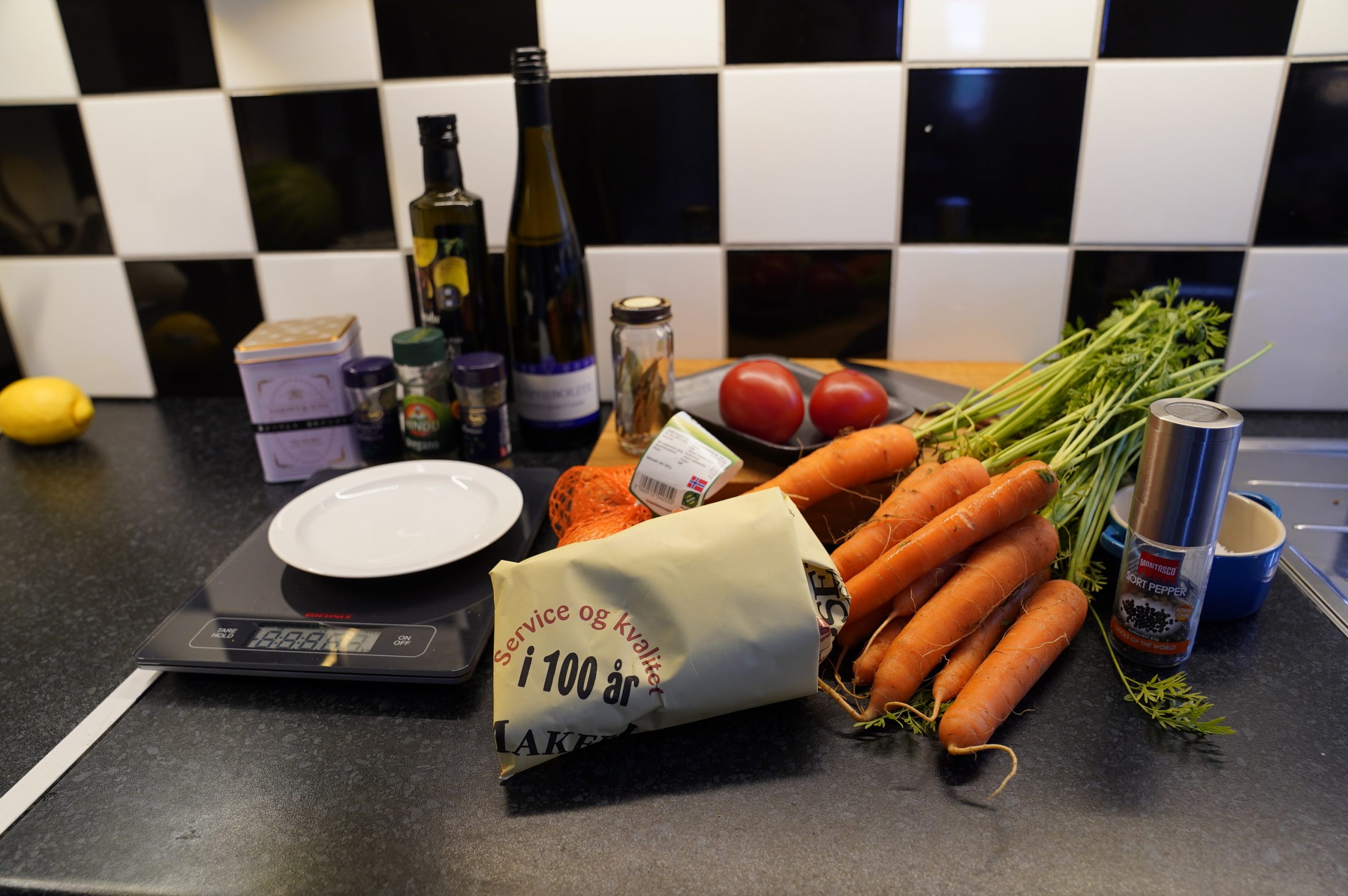 So off to the butcher, because somehow the local grocery store doesn’t have any young cow meat, but the butcher was all like “YES WHAT CUT WE”VE GOT ALL THE PIECES OF THE ANIMAL” and I was like “it’s… sirloin? in English?” and then he googled it and I got this: 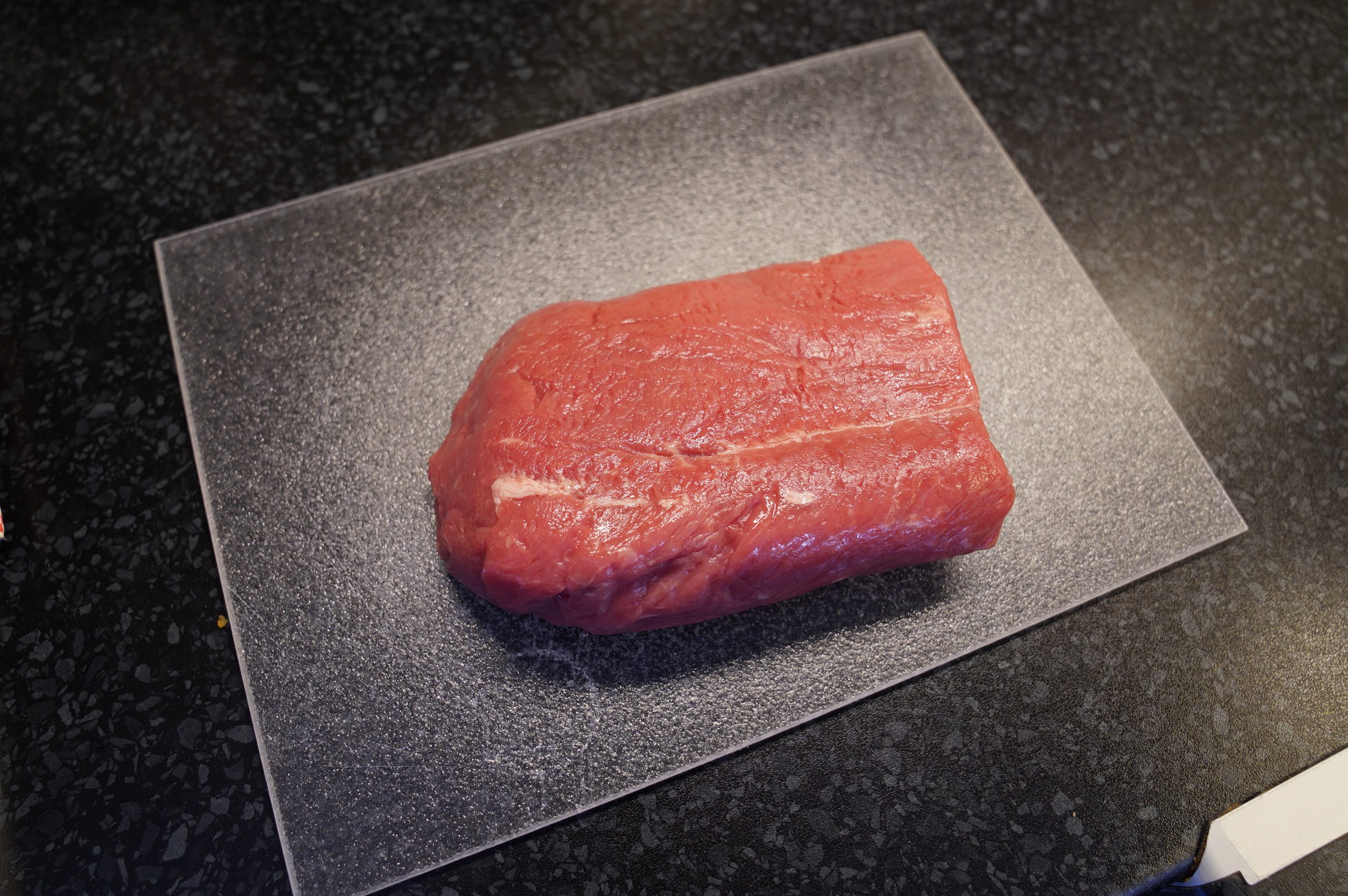 It’s all meat to me. So I cut it in big chunks… 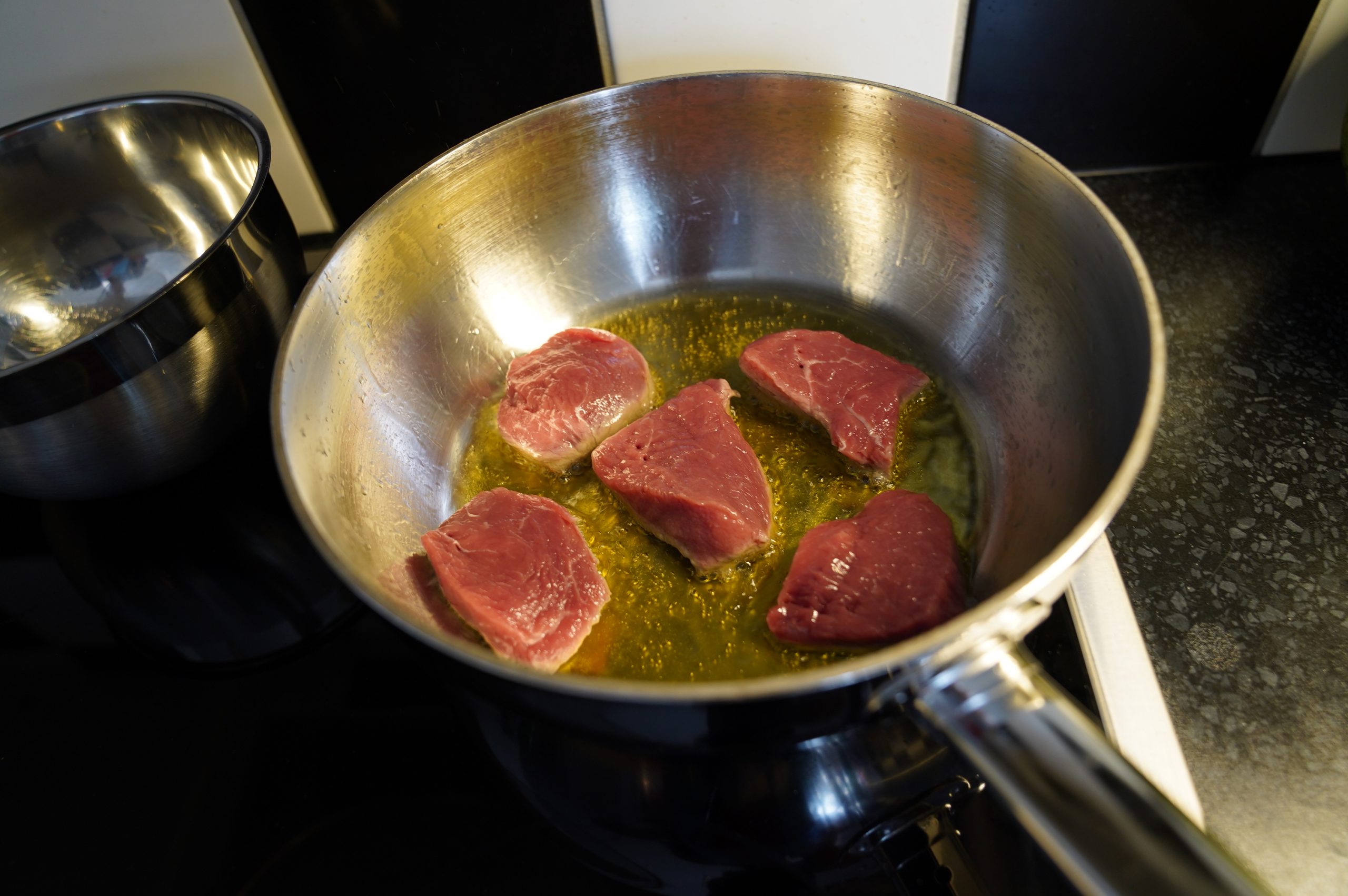 And then into a skillet with some hot olive oil.

Do you know that olive oil is quite violent? You heat it up and it goes BANG POW COMICS AREN”T FOR CHILDREN ANY MORE no that’s a different thing, but it sprays all over the kitchen when you’re cooking with it over high heat, which this is supposed to be.

But! Technology to the rescue! I got this like a year? ago: 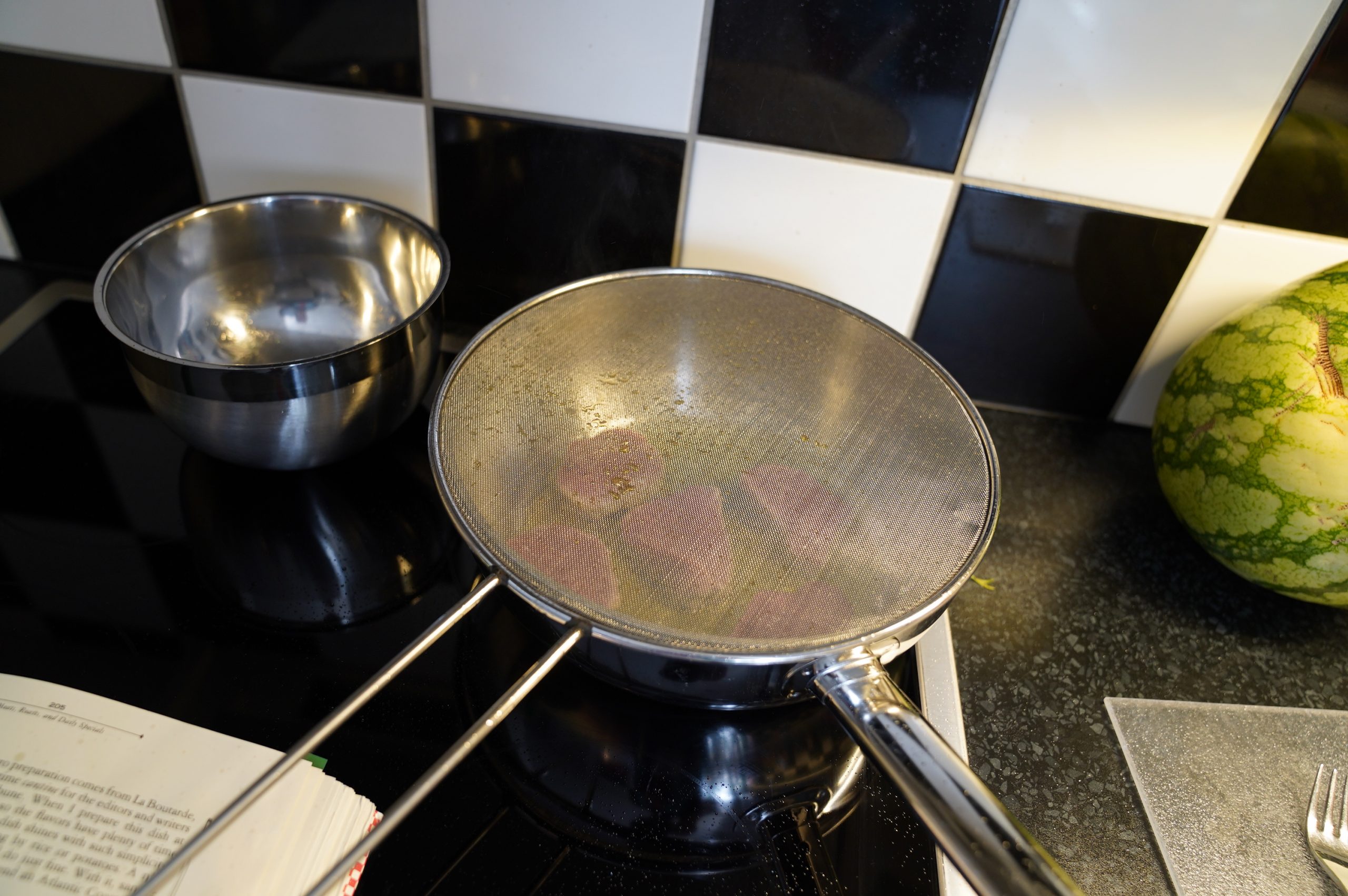 It’s like a netting thing you put over the pan. It allows all the steam to escape (so you don’t end up boiling stuff you want to broil), but it catches like 87% of the grease that’s trying its best to sear your naked arms.

Or perhaps that’s just me, and that’s why chefs wear long-sleeved uniforms? 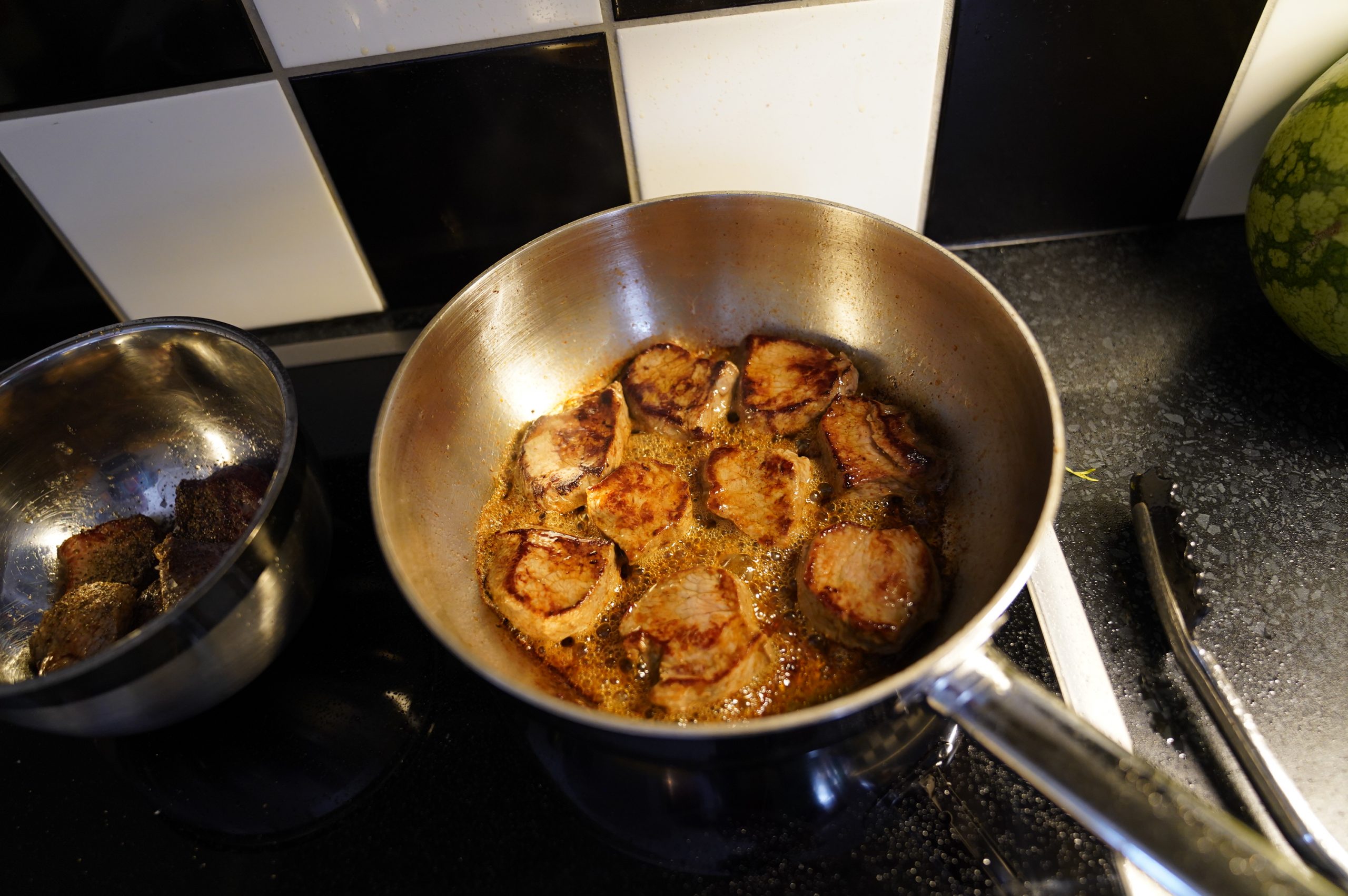 So I sear the young cow (or ox; the butcher didn’t specify the identity) hard, in batches, to get it all Maillarded in the reactions. I mean, browned. 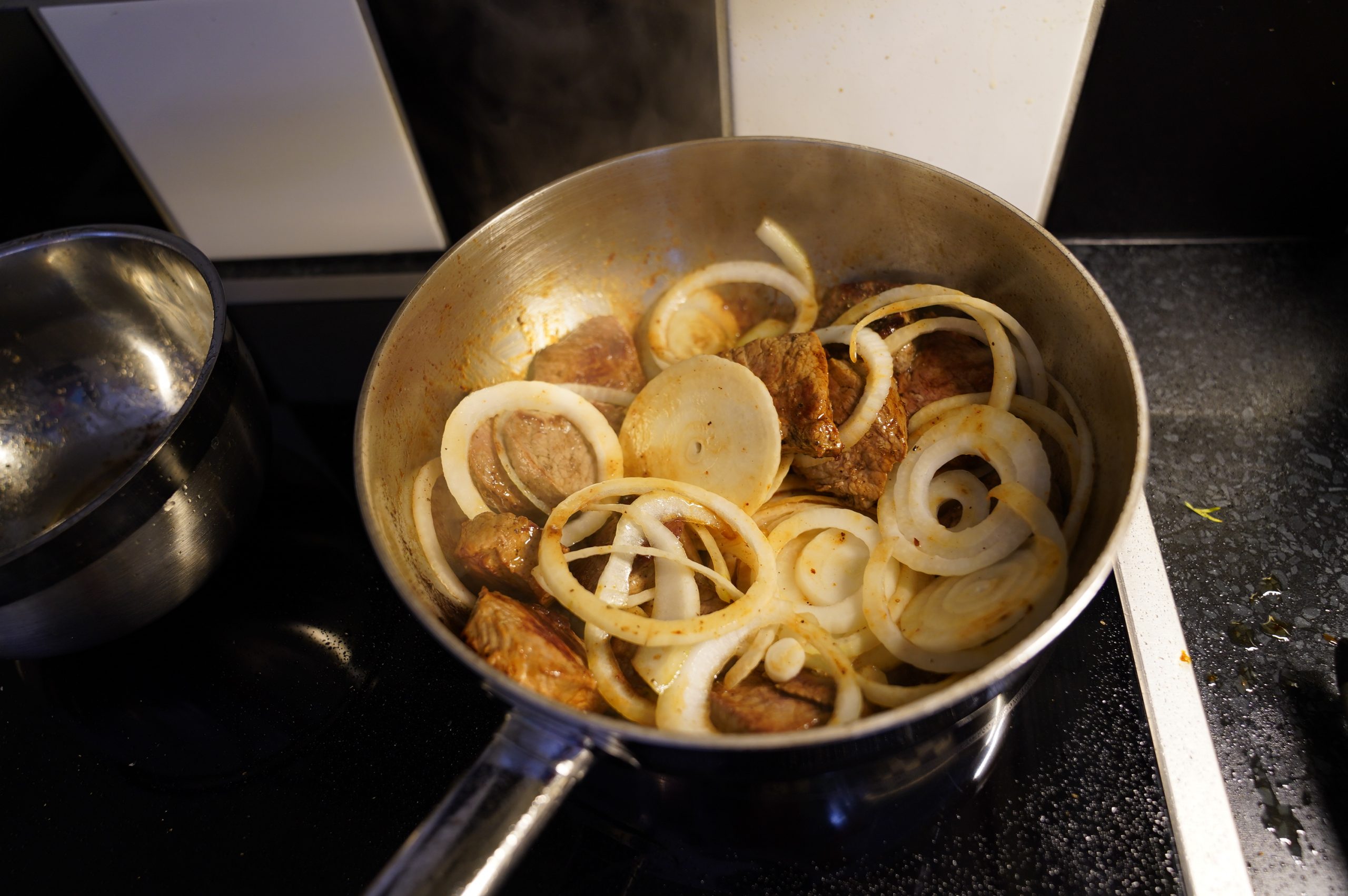 Then an onion into the pan for a few minutes… 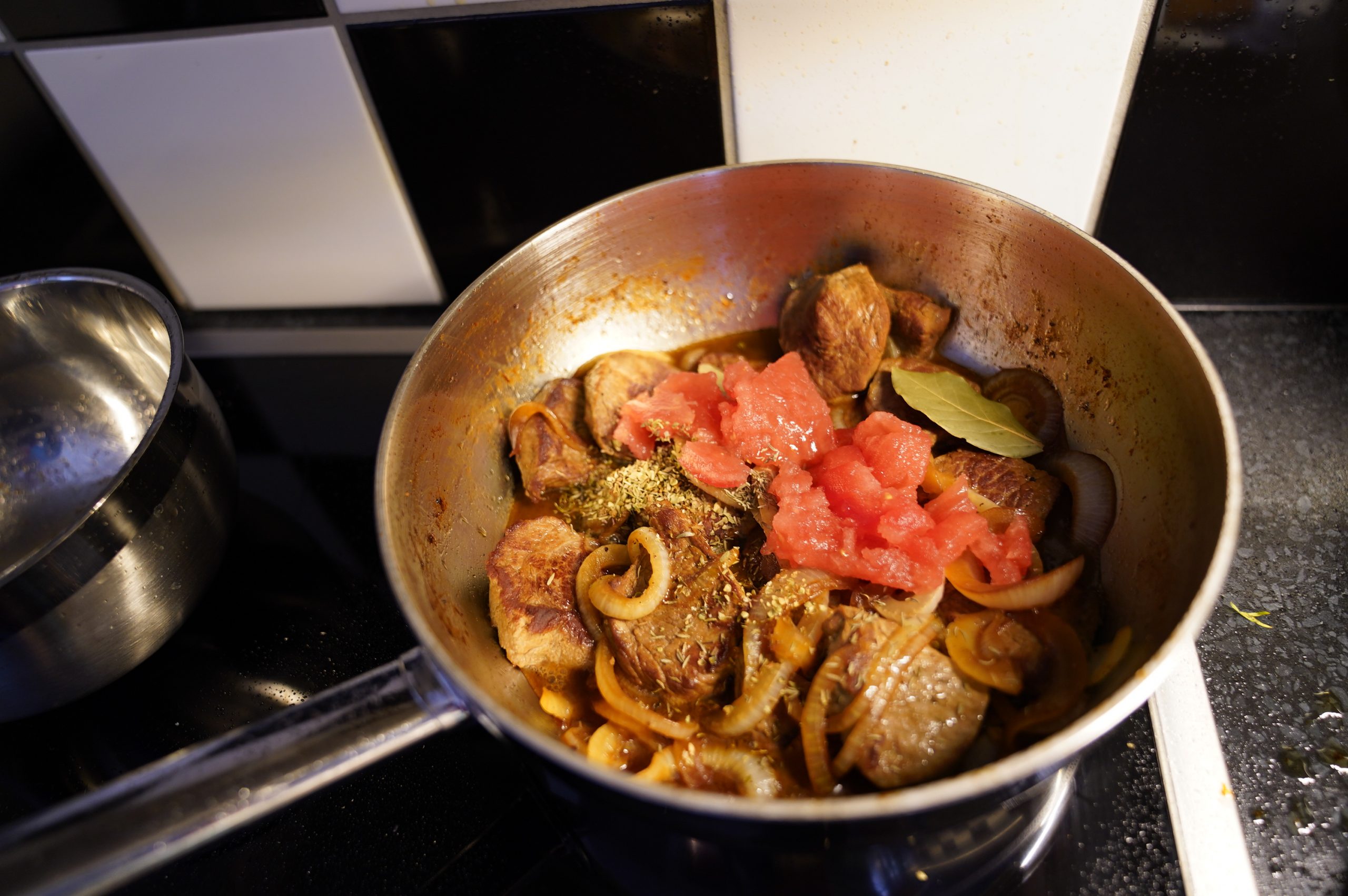 … and then all the herbs and a tomato. Tomatoe? Was that what Dan Quayle used to write on blackboards to teach children? Potatoe or tomatoe? I forget. The 90s were a long time ago and god don’t we all wish we were back in the 90s? OK, so that simmers for… TWO FUCKING HOURS.

I should really read these recipes before starting to cook, because now I’m famished. 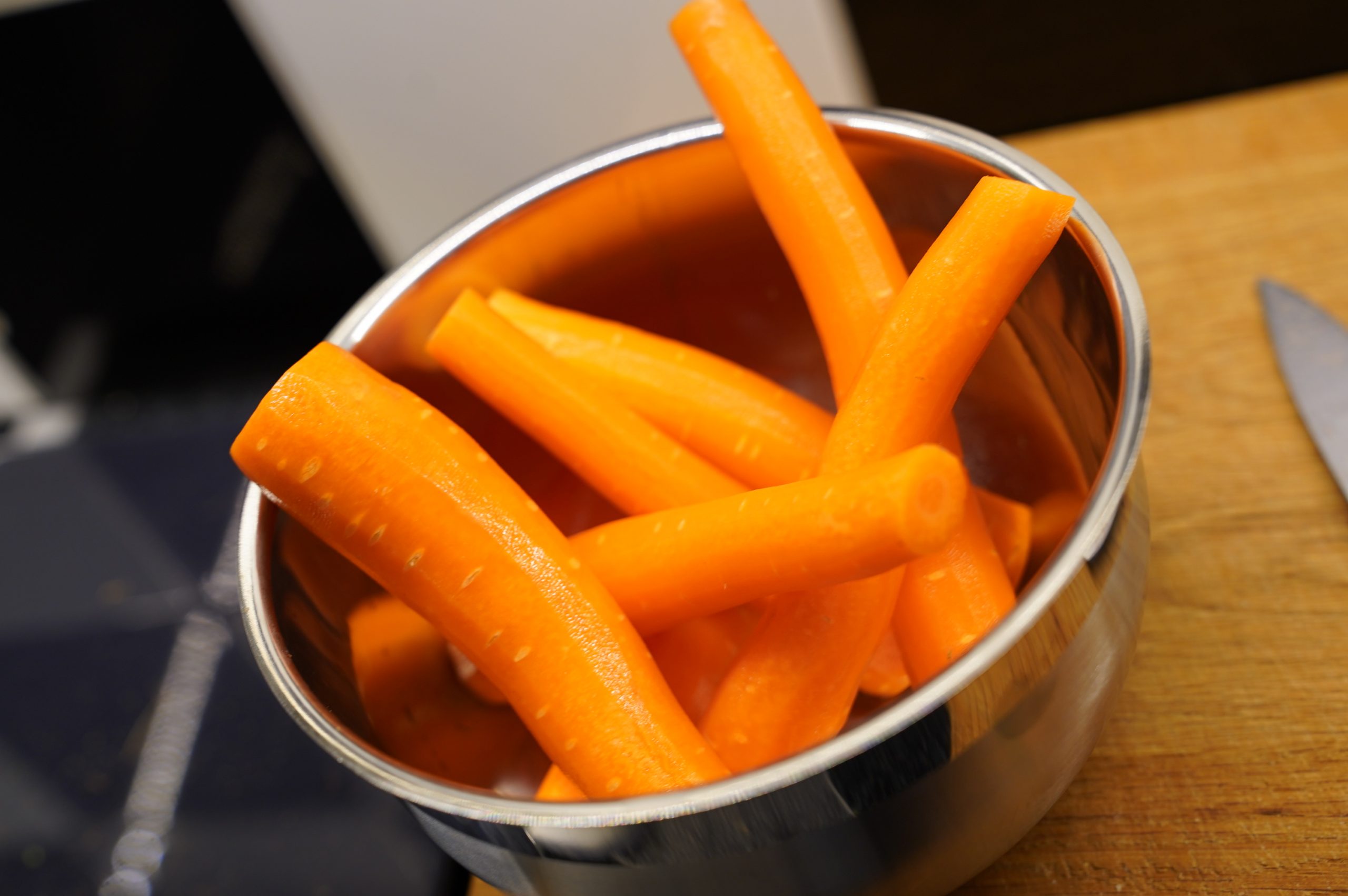 So the next ingredient are carrots, which makes sense based on the name of the dish (“aux Carottes”). But man! These carrots! Is it the corona? Because I have never ever in my life bought carrots in a shop that’s as fresh as these. They smell and taste like they just came out of the earth! 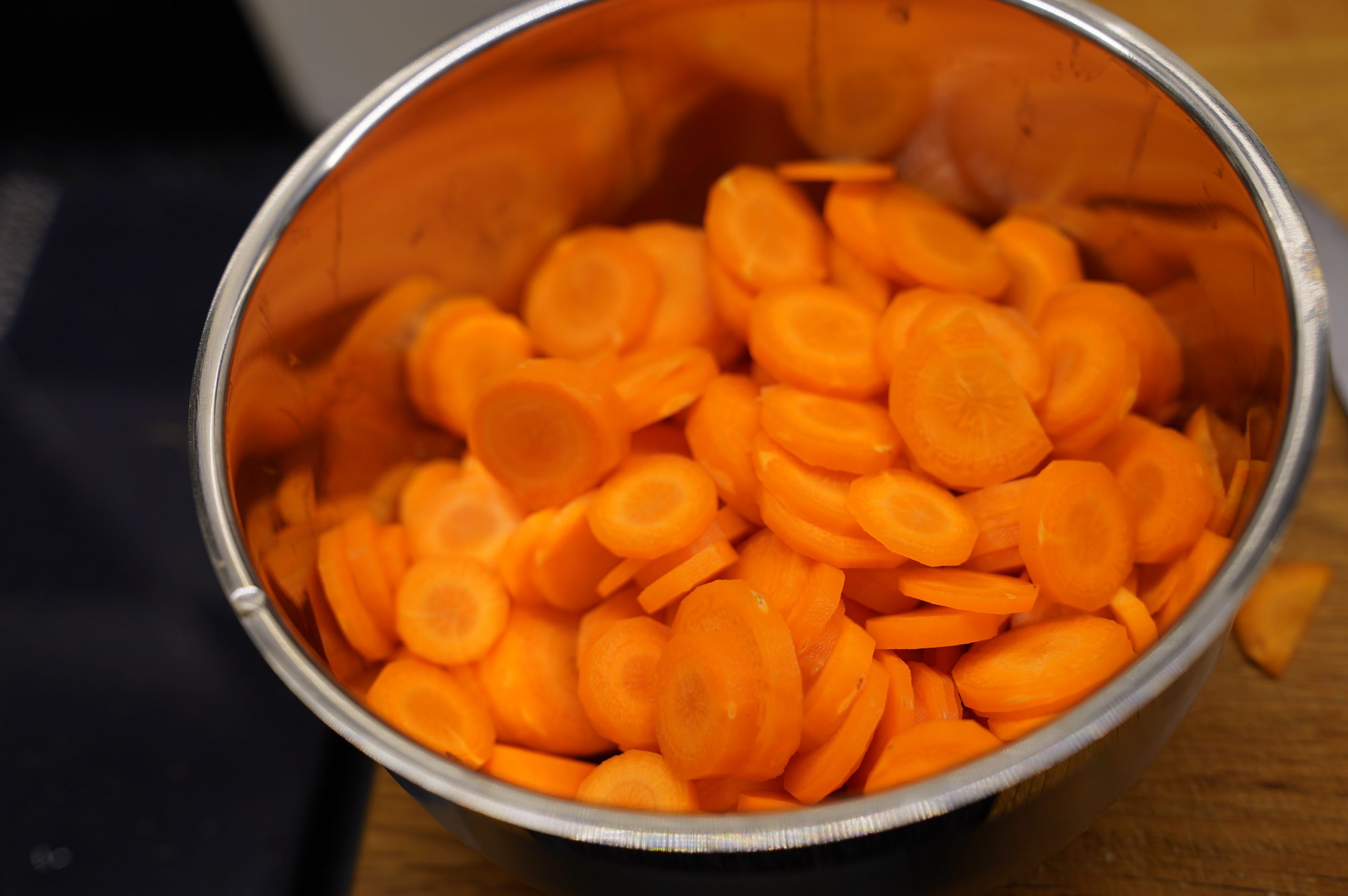 While cutting these up I couldn’t stop snacking! They’re the best carrots ever! The aroma… man! I didn’t know that store-bought carrots could be this good! 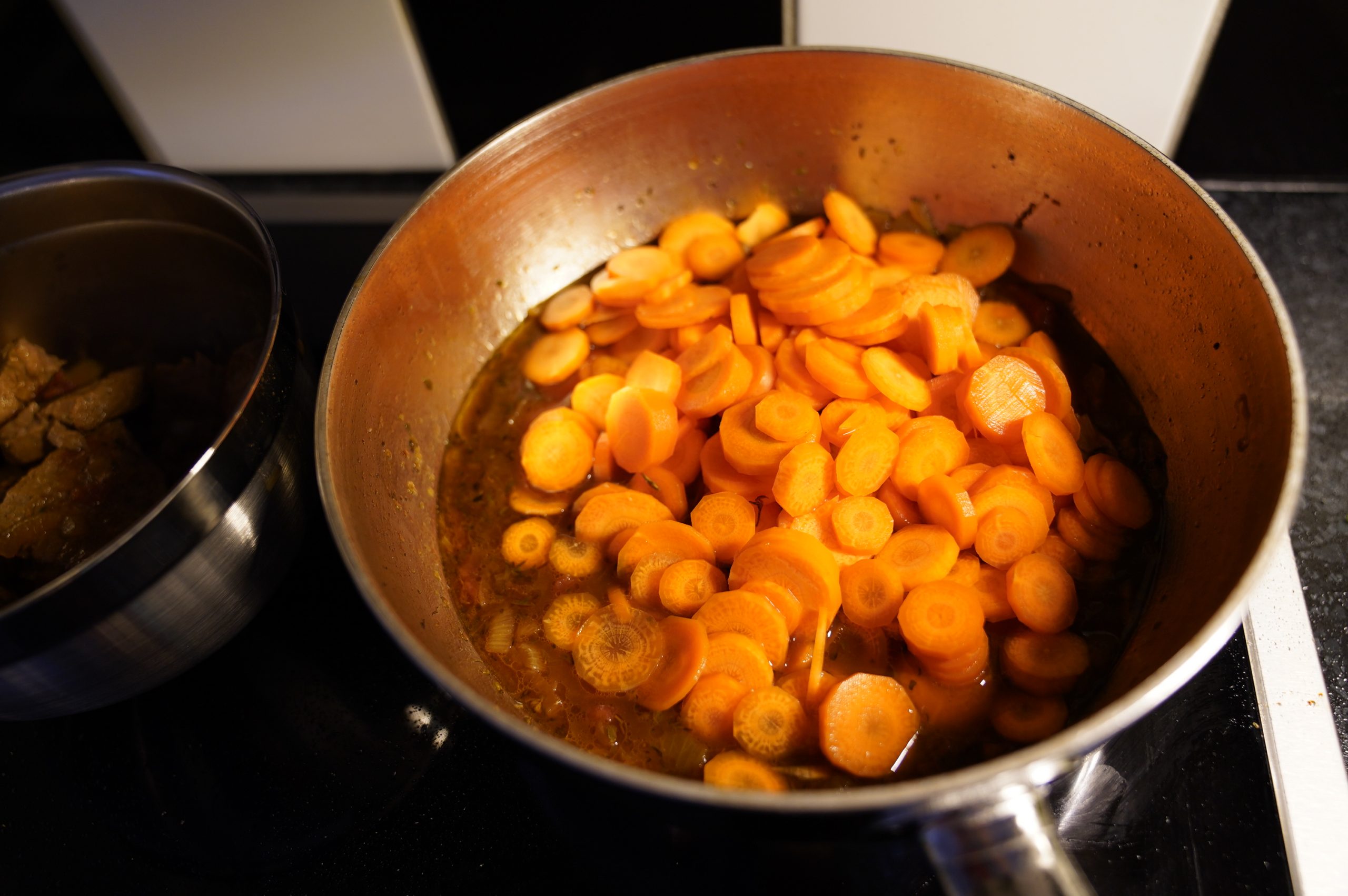 Anyway, I stopped eating (the two hours waiting for the young cow (or ox) to finish simmering may have influenced my snacking here) before I there were no carrots left, and I dumped the rest into the skillet.

And then that cooks for 45 minutes.

Well, I have a couple more carrots to snack on… 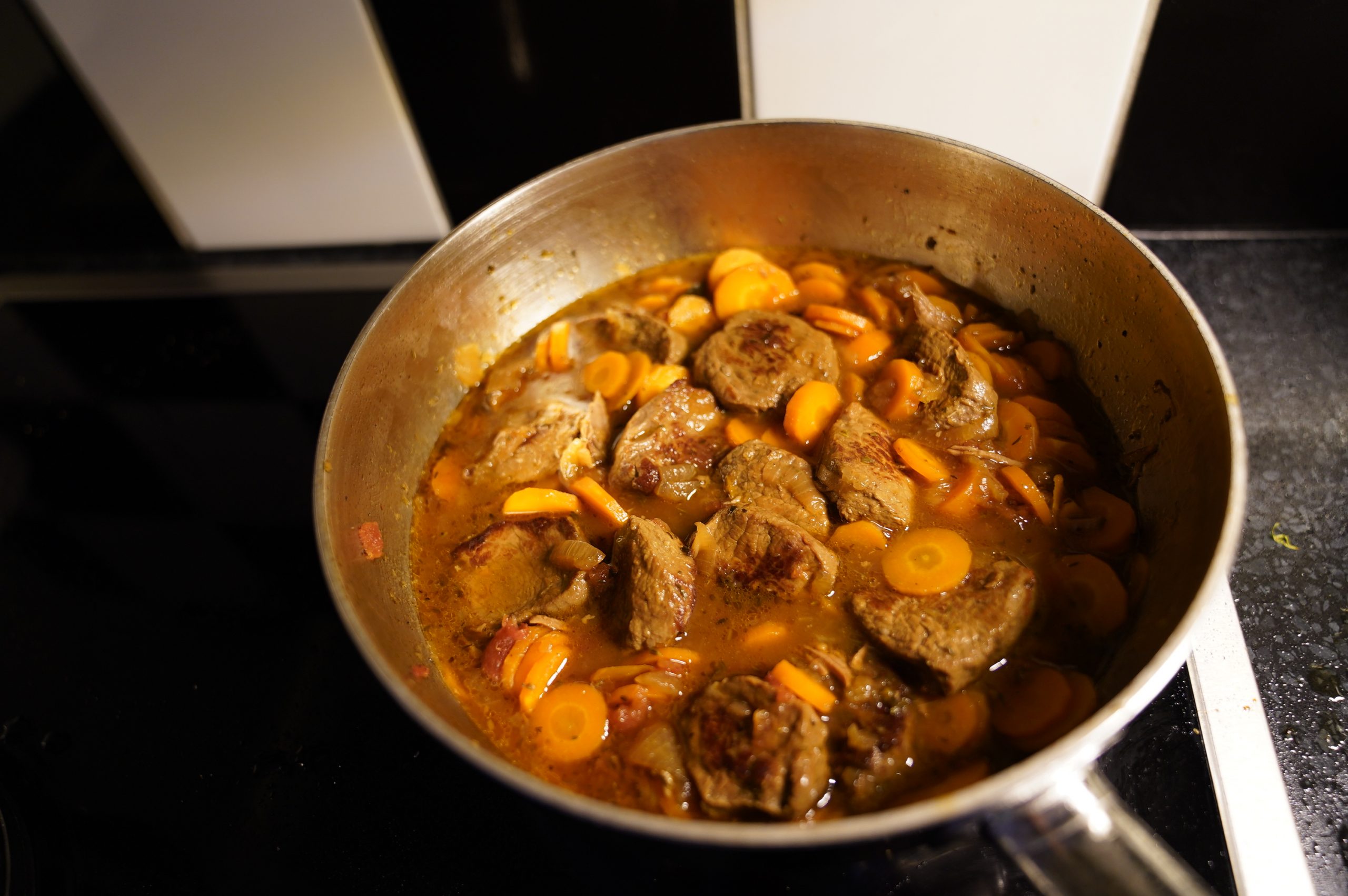 “By this point, the carrots will have absorbed much of the sauce.”

I thought that sounded very weird, because carrots are very compact and mostly just water… there’s no structure there to absorb anything? And so it turned out: Nothing was absorbed. 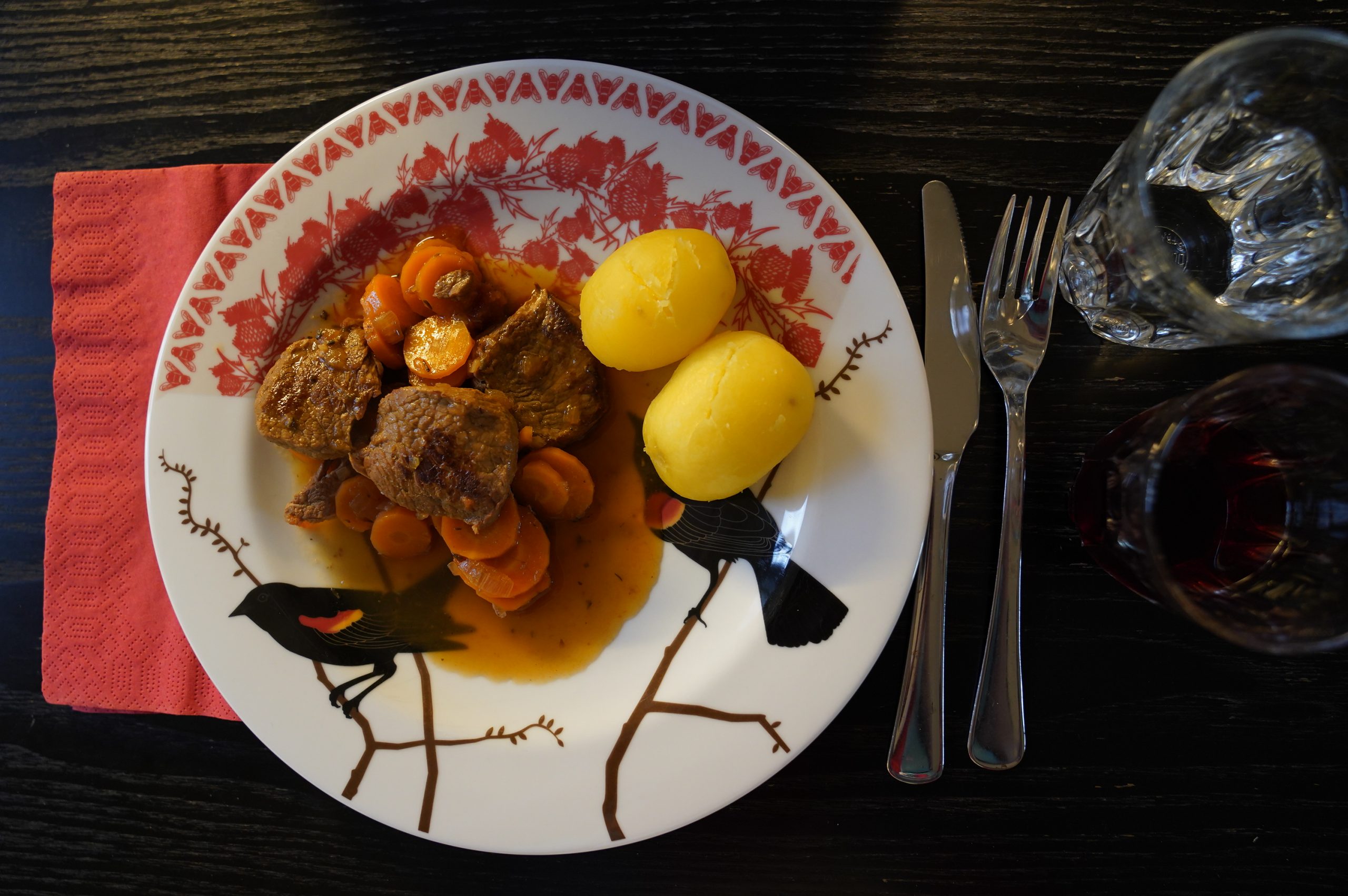 I boiled a couple of potato… e? … s to go with the meat (and carrots). 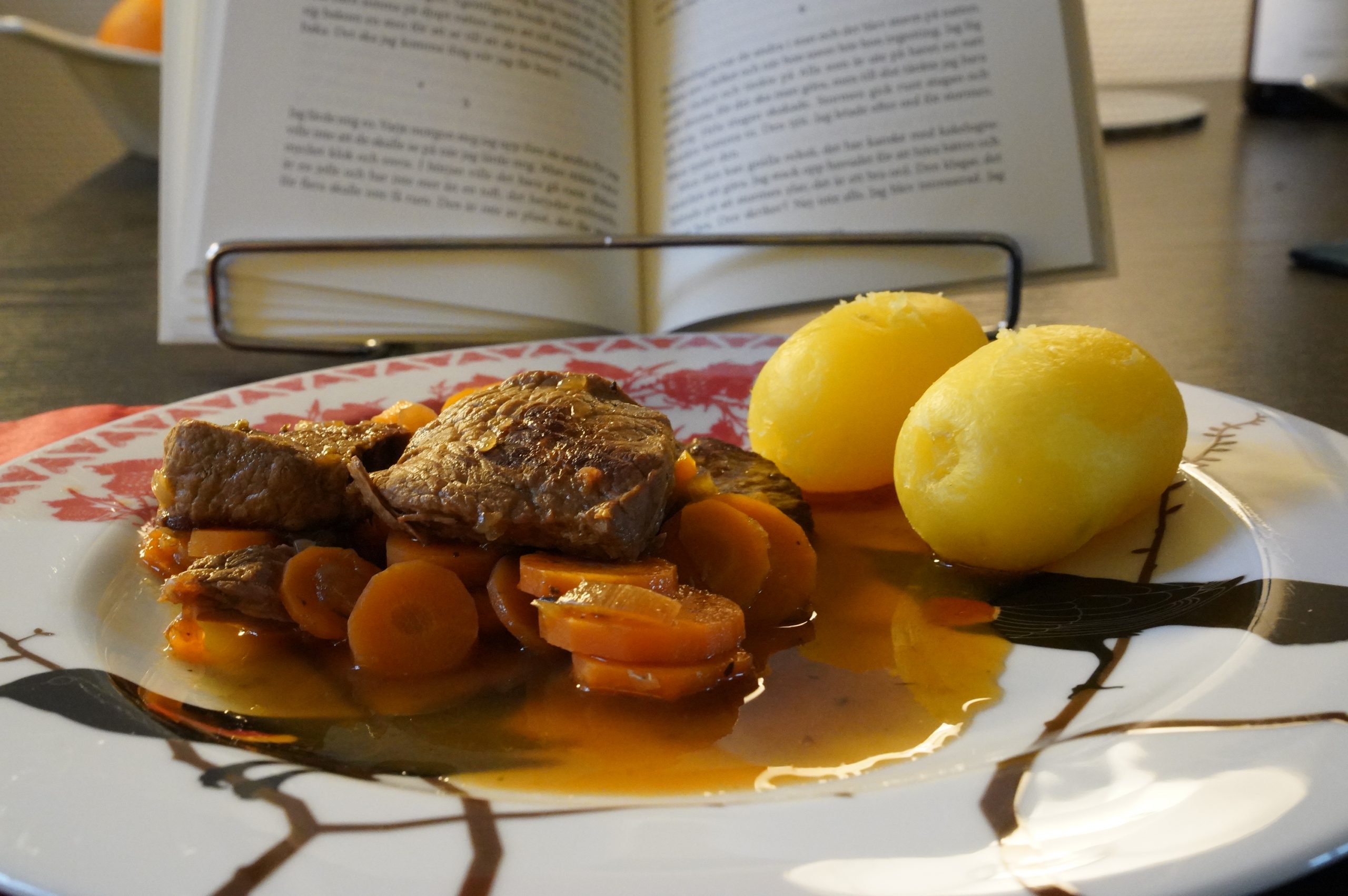 Hm… well, all the meaty stews I’ve cooked from this book have been failures, I think?

The meat here (the dead calf) is really, really tender. You don’t need a knife to eat this; it just falls apart in the best way with just a fork. But… it’s dry. If you heap on a lot of sauce, it’s less dry, but, still, the meat is just dry.

This is the same complaint I had about the previous thing I made. So perhaps my dried herbs just suck? It had a lot of dried herbs, too. OK, I’m dumping all my dried herbs and getting new, more fabulous dried herbs.

[ESTIMATED LIKELIHOOD OF THIS MAKING A DIFFERENCE: THE COMPUTER SAYS 0.2.]

But there’s a book, too: 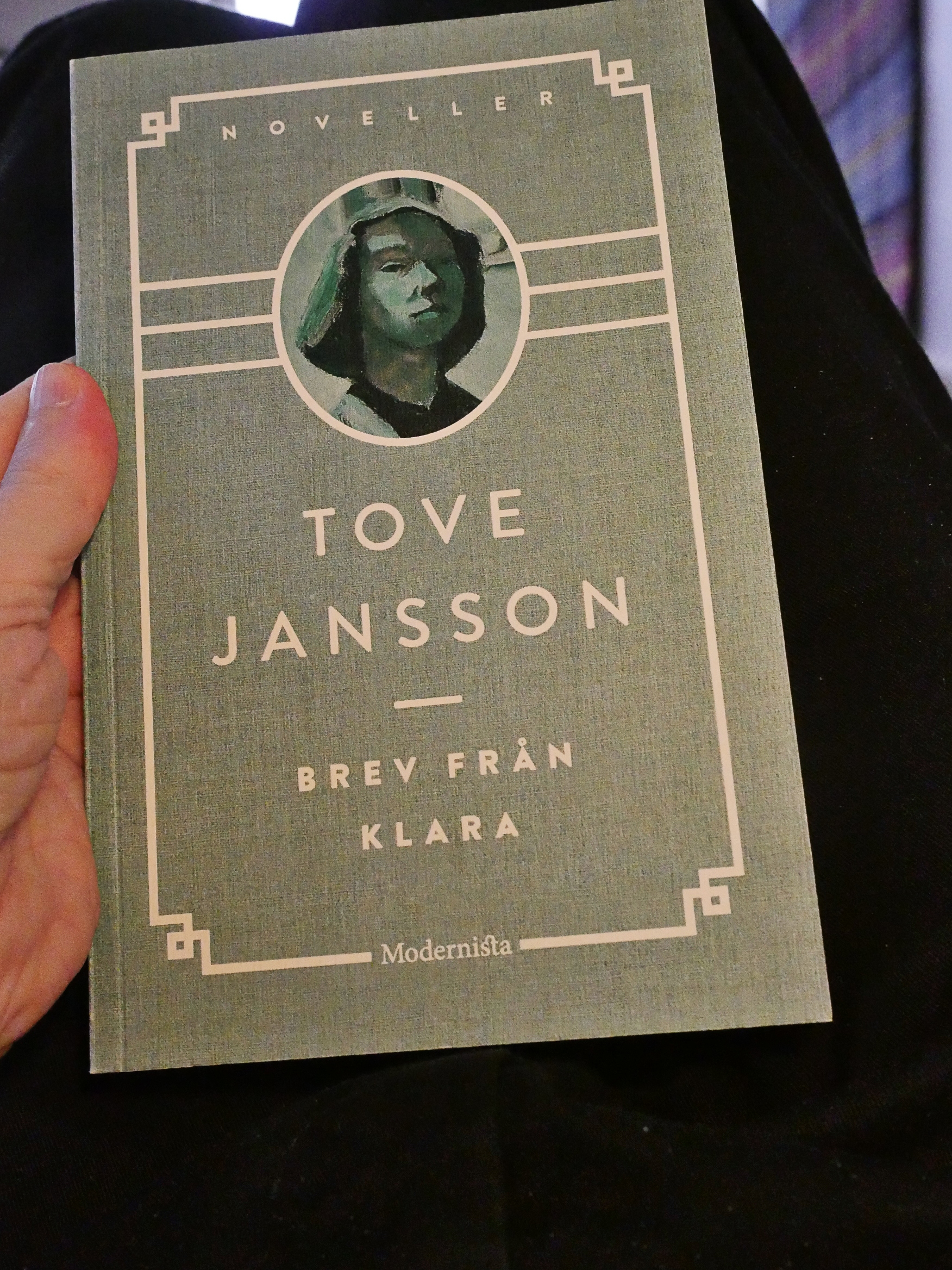 Today’s book is a short story collection by Tove Jansson, Brev från Klara. (She was Finnish but wrote in Swedish.) She is, of course, famous for her Moomin books (and comics), but she also wrote a handful of books for adults. They have mostly remained out of print for decades, but somebody finally (in 2017) got their shit together and issued new editions of them all. Yay! 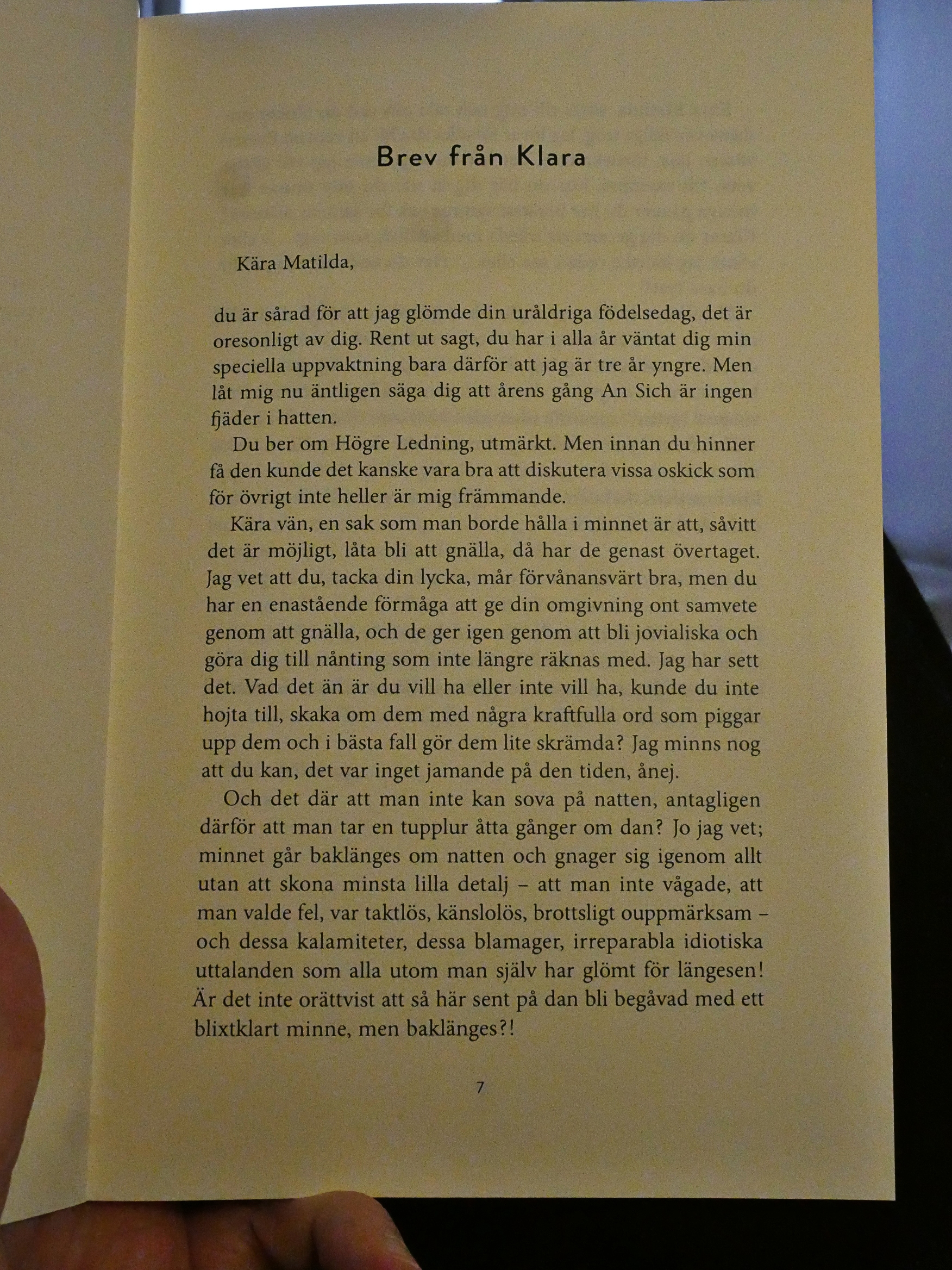 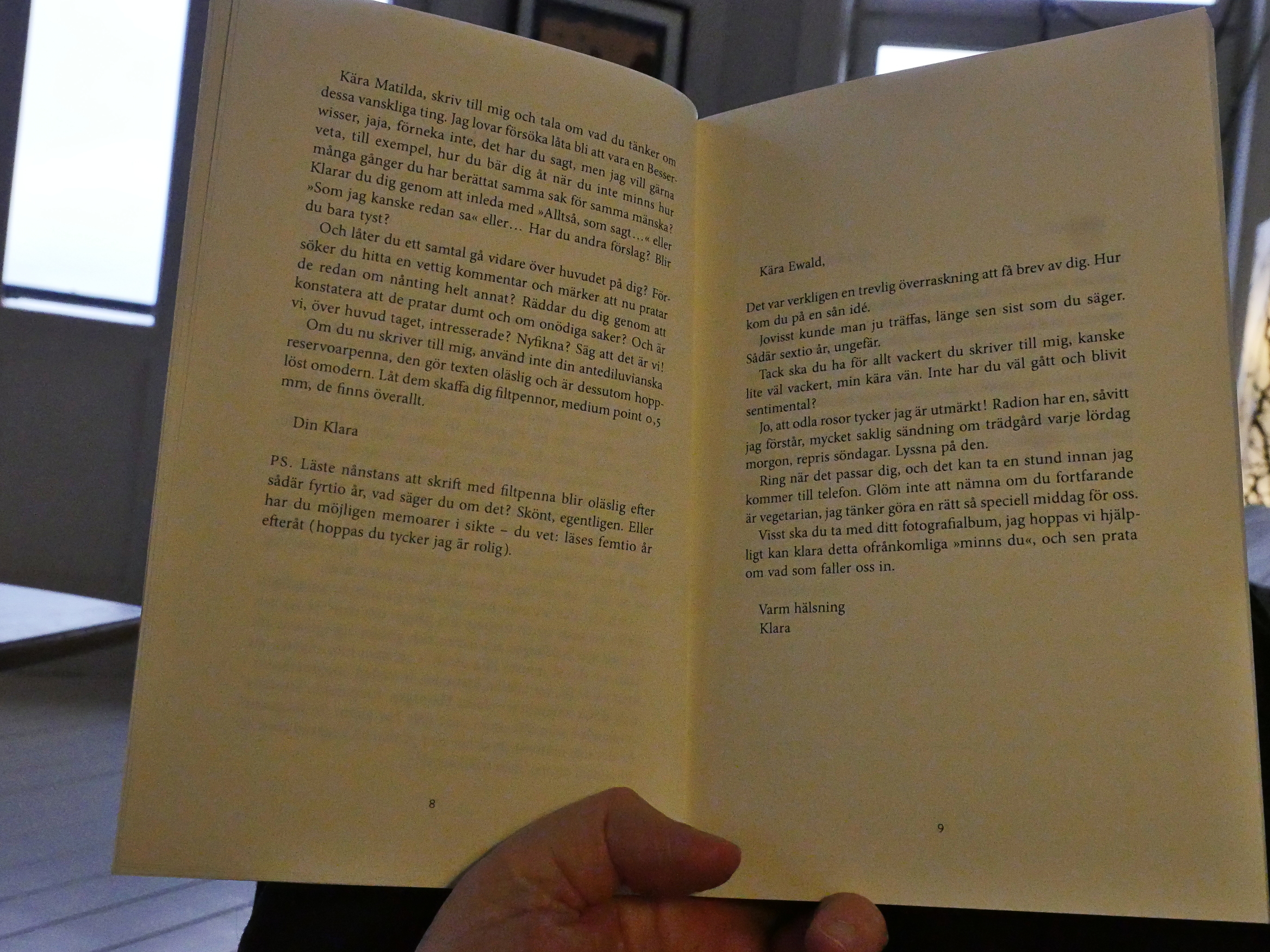 OK, the first one epistolary, and sort of gives you a clue as to what the woman writing the letter’s like, but it’s a pretty vague sketch. It’s fascinating, though.

The rest of the book mostly consist of very short short stories: Between three and twelve pages long. This means that most of the stories are just a snippet from a single scene, but they’re all… very enjoyable.

Or perhaps that’s the wrong word: In every story, everything is at stake. The stories are gripping, mysterious, and yet straightforward and plain.

Wonderful storytelling, and I’m now definitely buying the rest of her books that I haven’t read yet.

And now on to the starter: 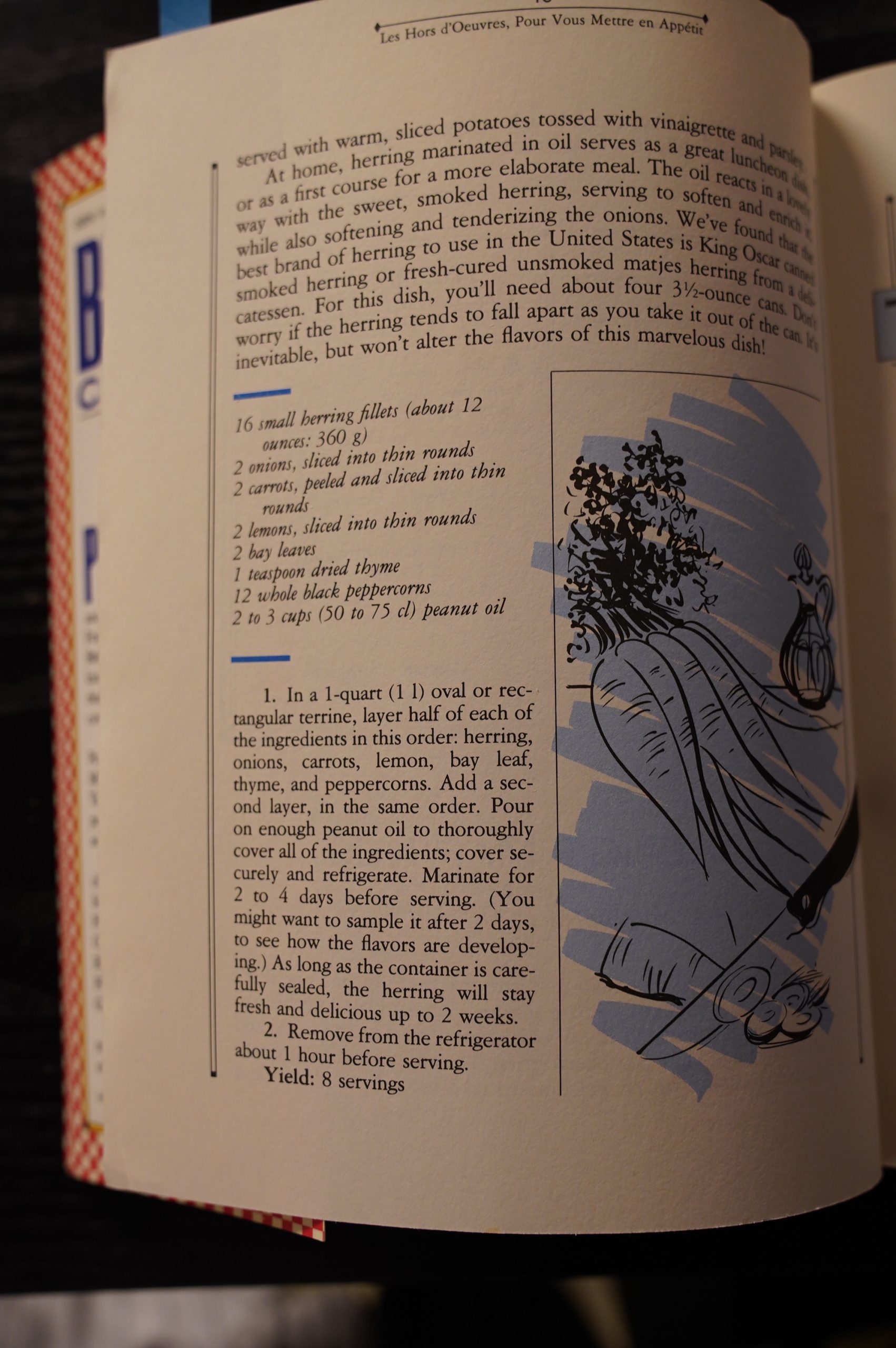 Now, I’ve got a … I’ve got an odd relationship to herring. As a child, it was something that was served a lot as a mains: Grilled (or braised) herring. It’s lovely! Delicious! But I never make it myself, because it’s kinda whiffy, and I’m guessing that’s why restaurants shy away from doing it, too. Or perhaps people just don’t like grilled herring: It’s got a lot of itsy bitsy bones you gotta be careful about, and if you don’t have the right technique, it takes a lot of time to deal with it.

But on the other hand: Pickled herring is a huge thing in Scandinavia — I think you can get like 20 different kinds in normal shops here. But I don’t like cold herring! It’s just something about the texture and the … cold fat? So I haven’t tried any for a few decades. 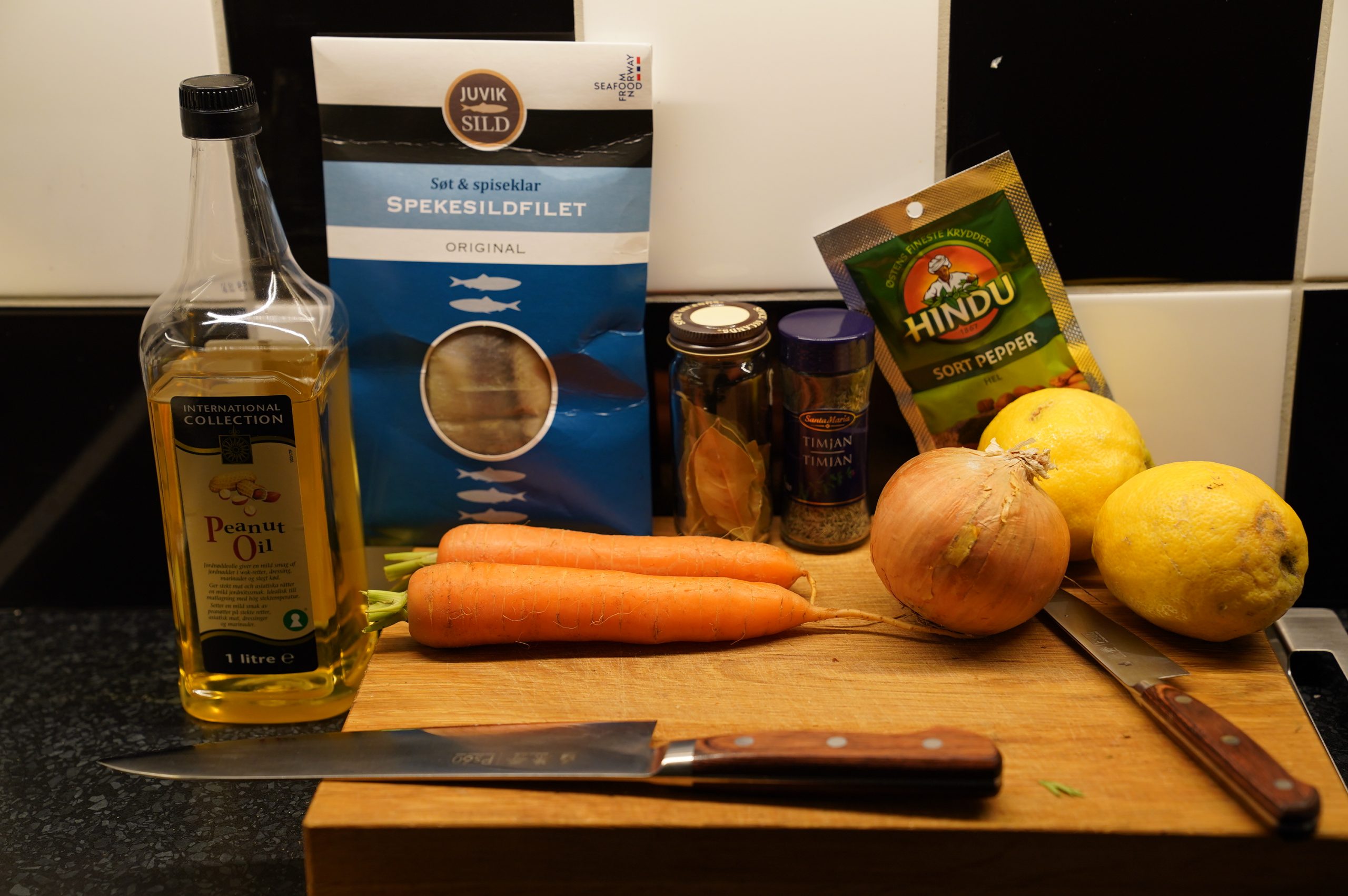 So here I’m picking some herring. As a basis I’m using a … pickled herring, but I tried to choose one that sounded like it had as few additives as possible. This one was just salted. So there’s these things, all cut in rounds… And then the herring fillets… … which I cut into more manageable sizes. And then it’s all layered into a box. Finished off with lemons on top, and then peanut (!) oil to cover it all.

I’m kinda dreading how this all will turn out, but it’s then into the fridge for two to four days. I think I’ll have a taste after a couple of days.

I’m hoping I’m not ending up in one of these situations: So after three days I’m unpickling this… And there’s no horrible stench rising from the box, so that’s a positive. So I’m serving this with some boiled small new potatoes.

Hm… It’s one of those flavours where I’m going “well, I’m not hating this”… But I’m not loving it, either. The onions go well with the herring, but perhaps the carrots should have been blanched a bit first? They’re extremely crunchy.

But the potatoes were awesome. Excellent tots.

I did finish the plate, but I wasn’t tempted to go back for more, so I say that’s a semi-win.