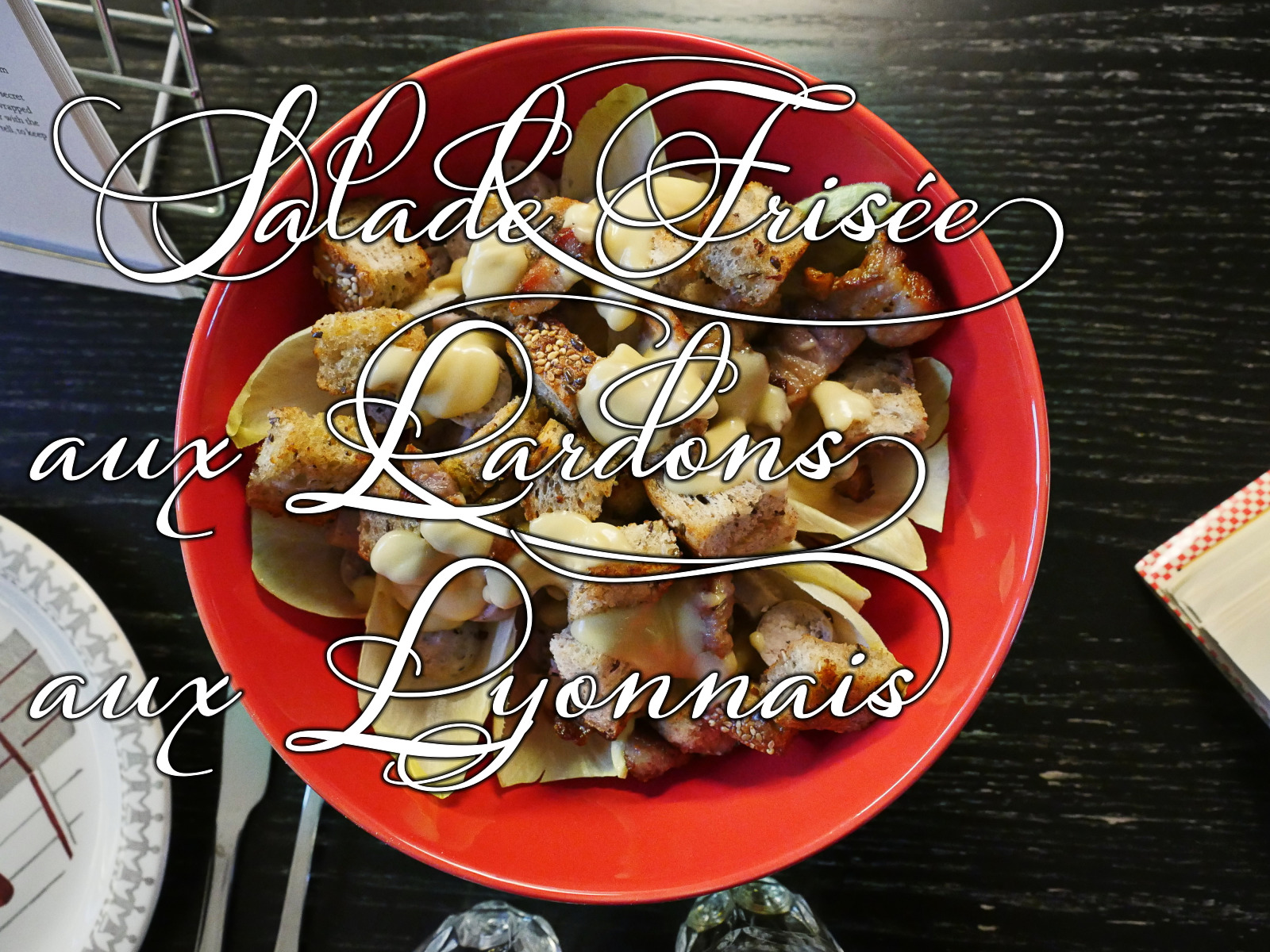 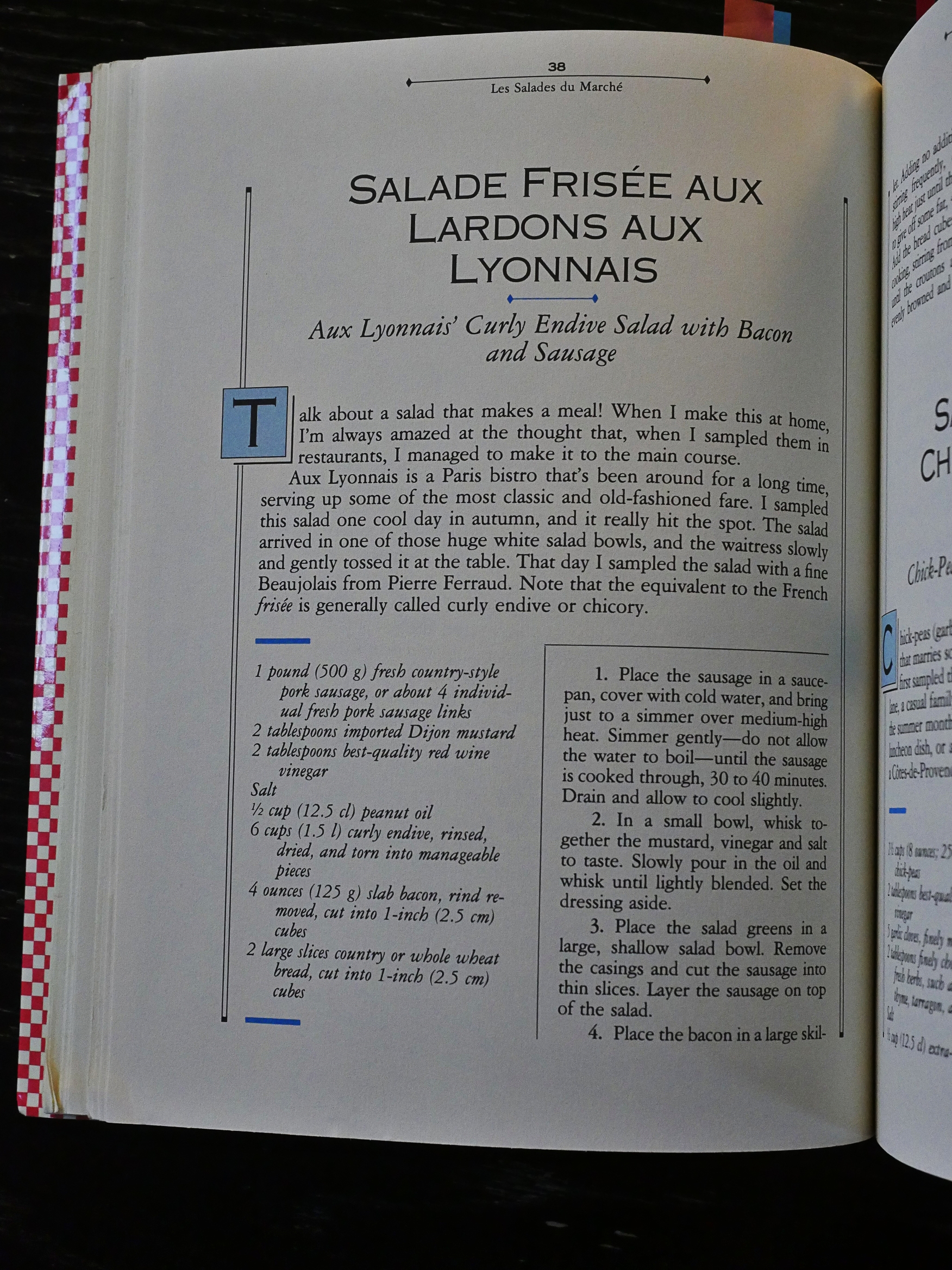 I think I’ll do a salad tonight, because… Salads.

As salads go, it’s not very saladey. I mean, the main ingredient is pork sausage. Those aren’t green. Or not supposed to be green. If you’re eating green pork sausage, you should probably reconsider.

I went to a couple of stores to get endive, but couldn’t find anything. So I finally thought “perhaps it’s called something completely different in Norwegian”, and indeed it is: “Sikory.” Which is very similar to “chicory”, which she mentions up there. Like duh. I should read recipes more thoroughly.

But… it mentions “frisée” in the name I see now. We do have frisee salads here. I mean, it’s nothing like an endive. And I got endives. I think. “Sikory.” But small. 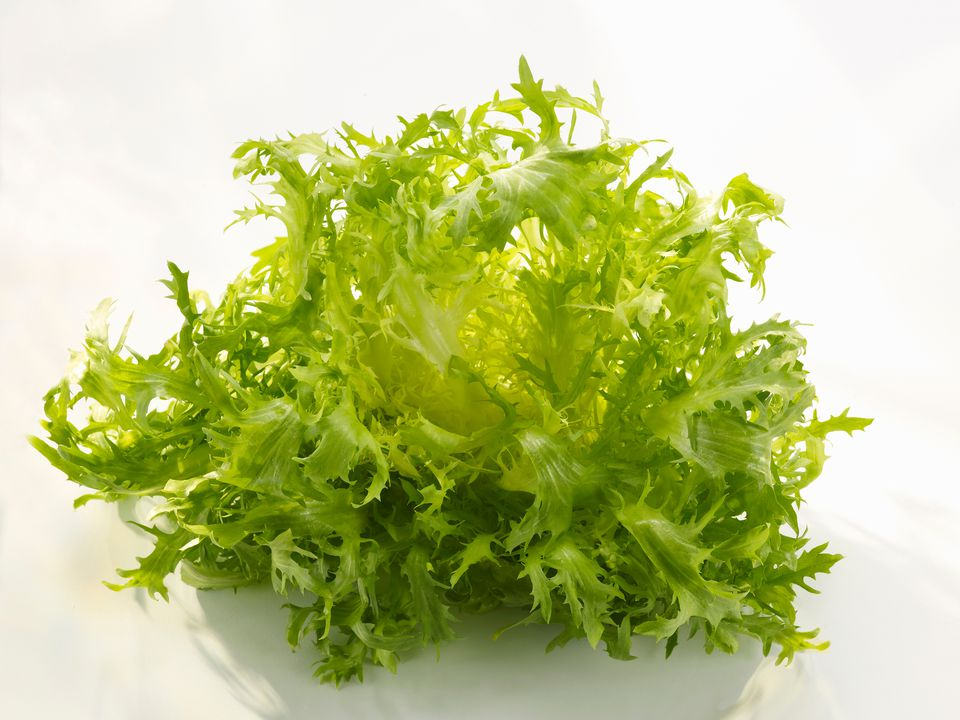 That’s a frisée! So I got the wrong salad!

As if this were not baffling enough, what we in the U.S. (and France) refer to as frisée is in turn called endive in the U.K.

OK, I’m soldiering on with the wrong type of greens… 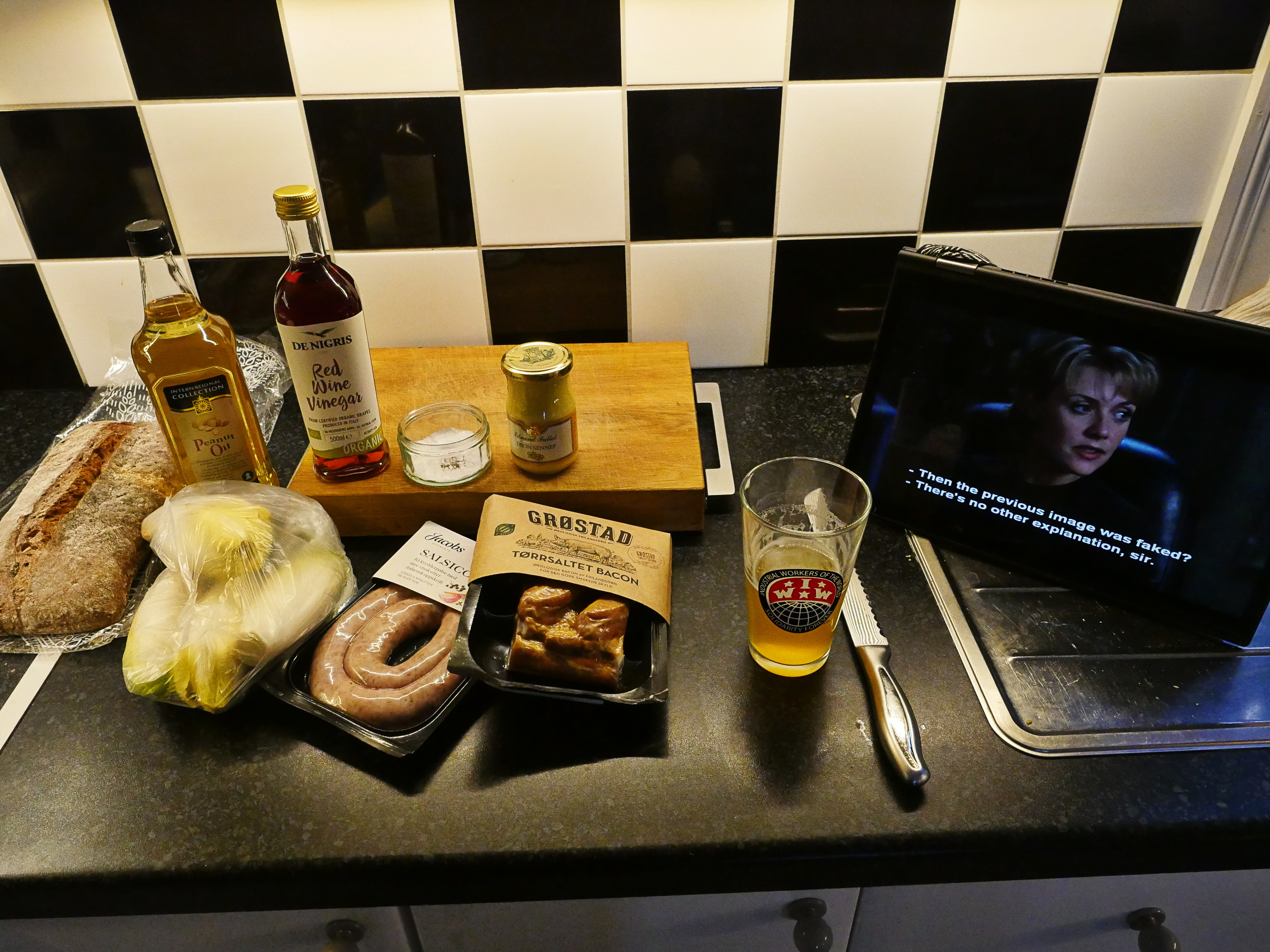 And Stargate: SG1 and beer to drown my sorrows. 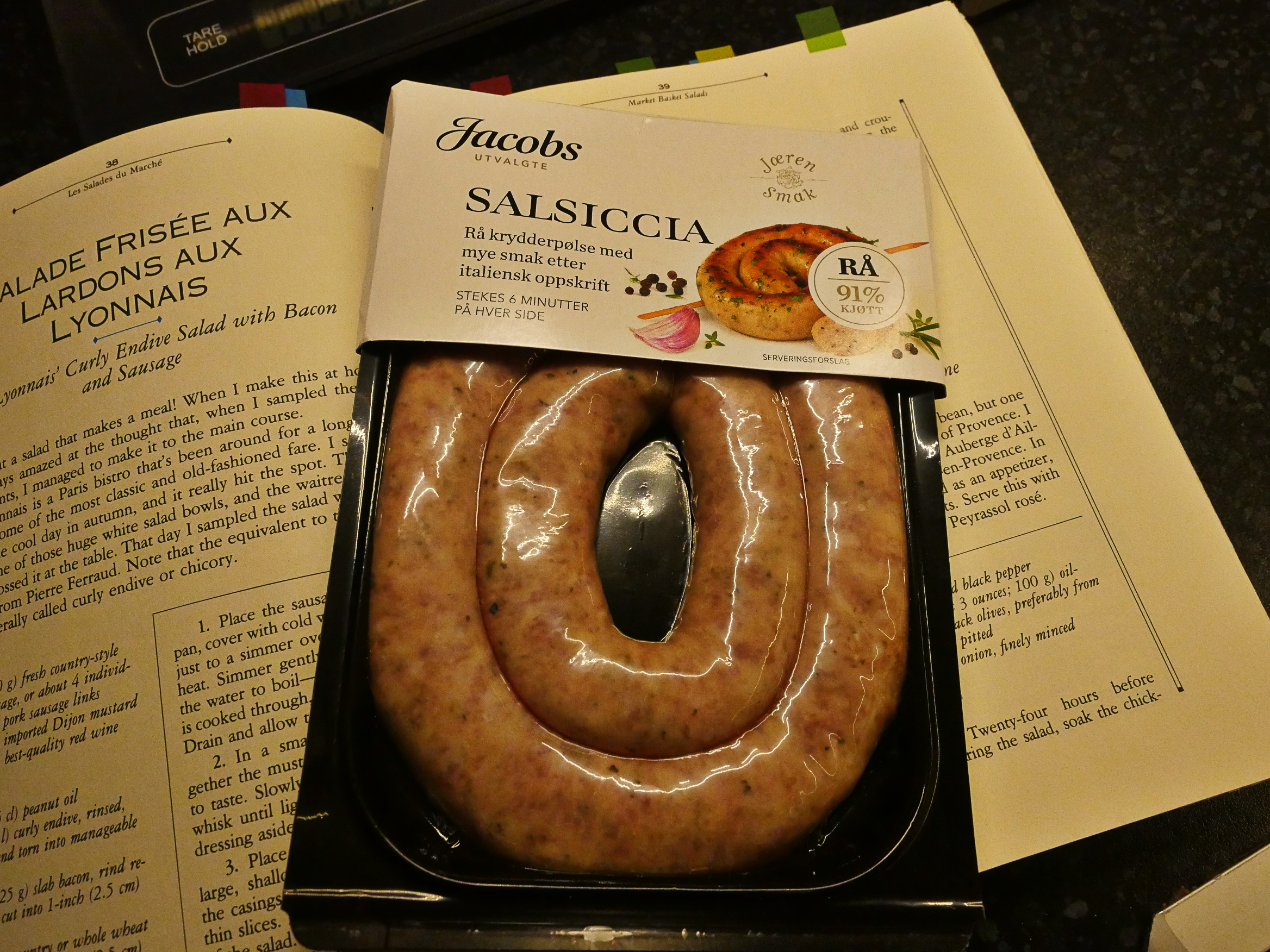 The recipe says “fresh pork sausage”, so I got some raw salsiccia. Which is Italian… but it’s fresh and it’s pork, so… 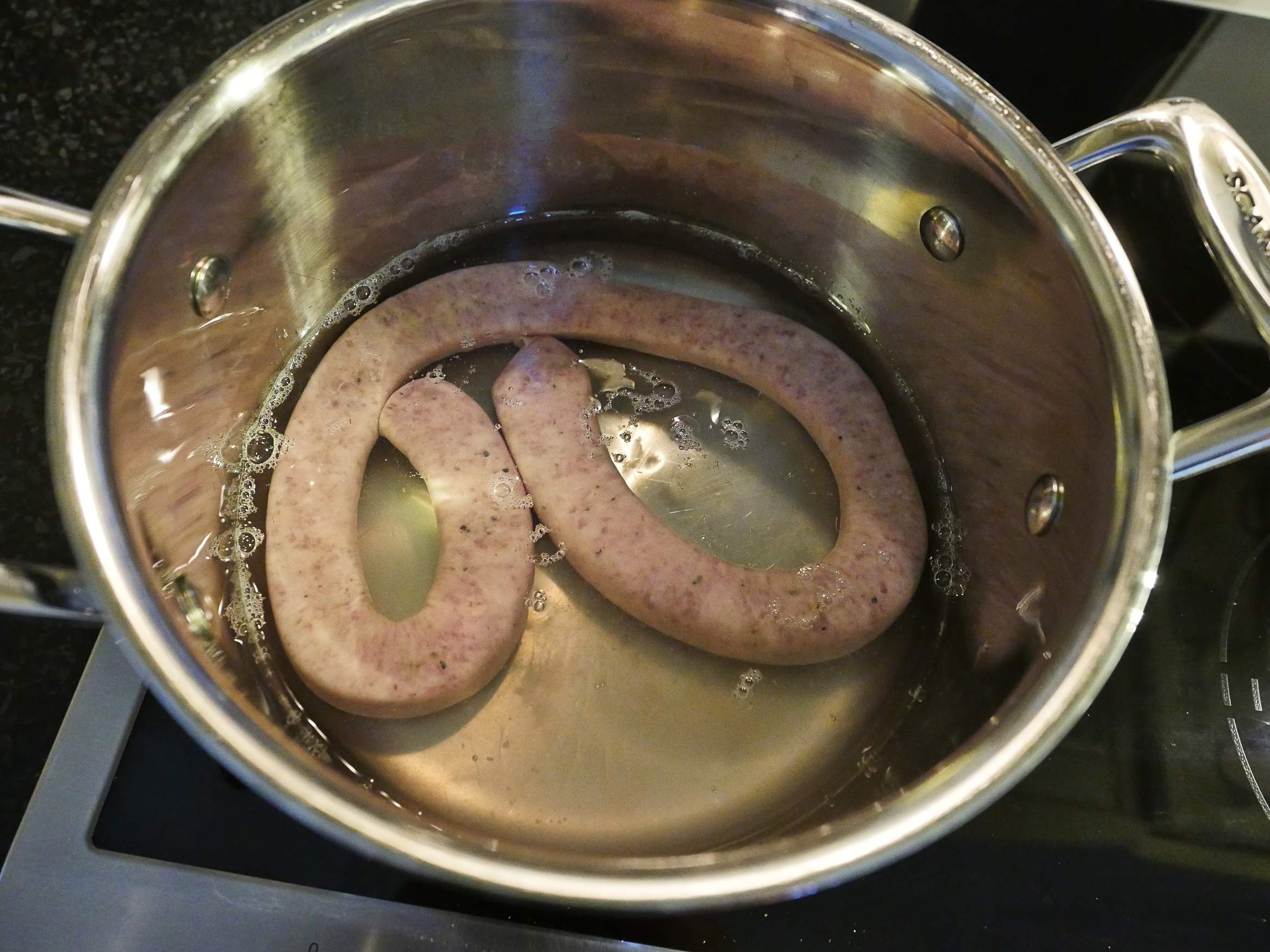 Mm… looks so appetising simmering for half an hour. 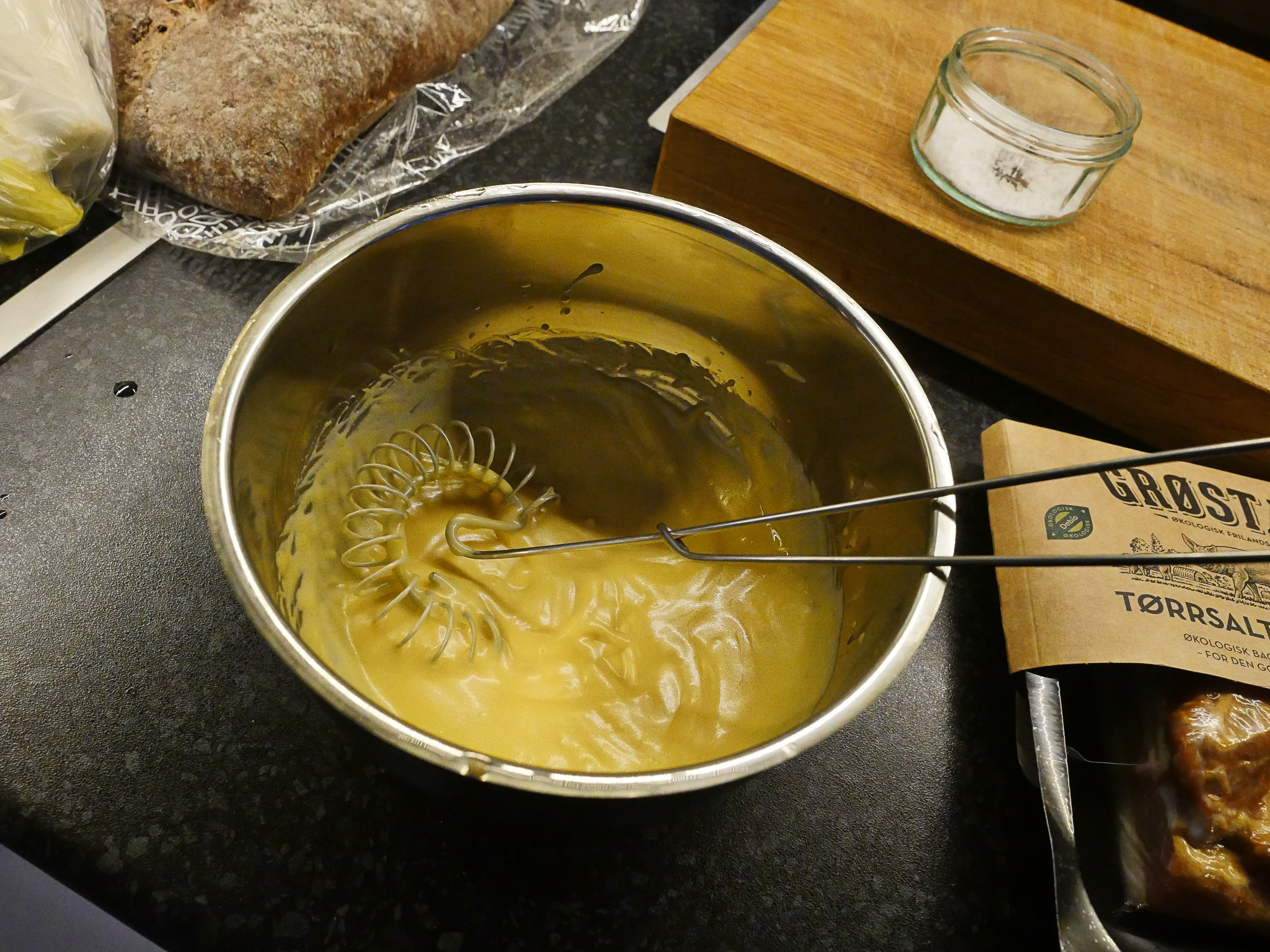 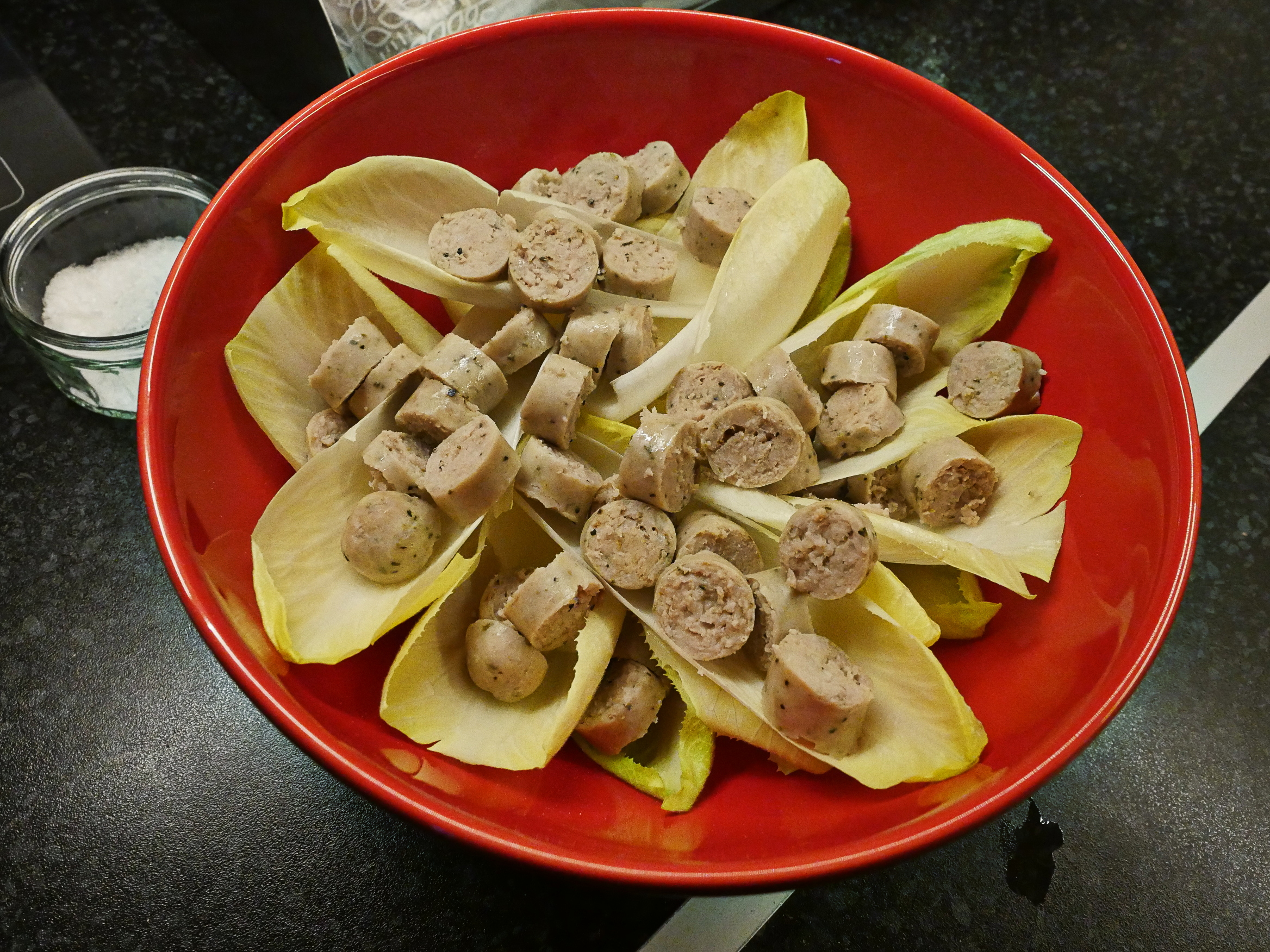 So that’s the sausage in the wrong kind of salad. It would have looked visually better with the frisée, I mean endives, I mean the curly green stuff. It’s so… pale… 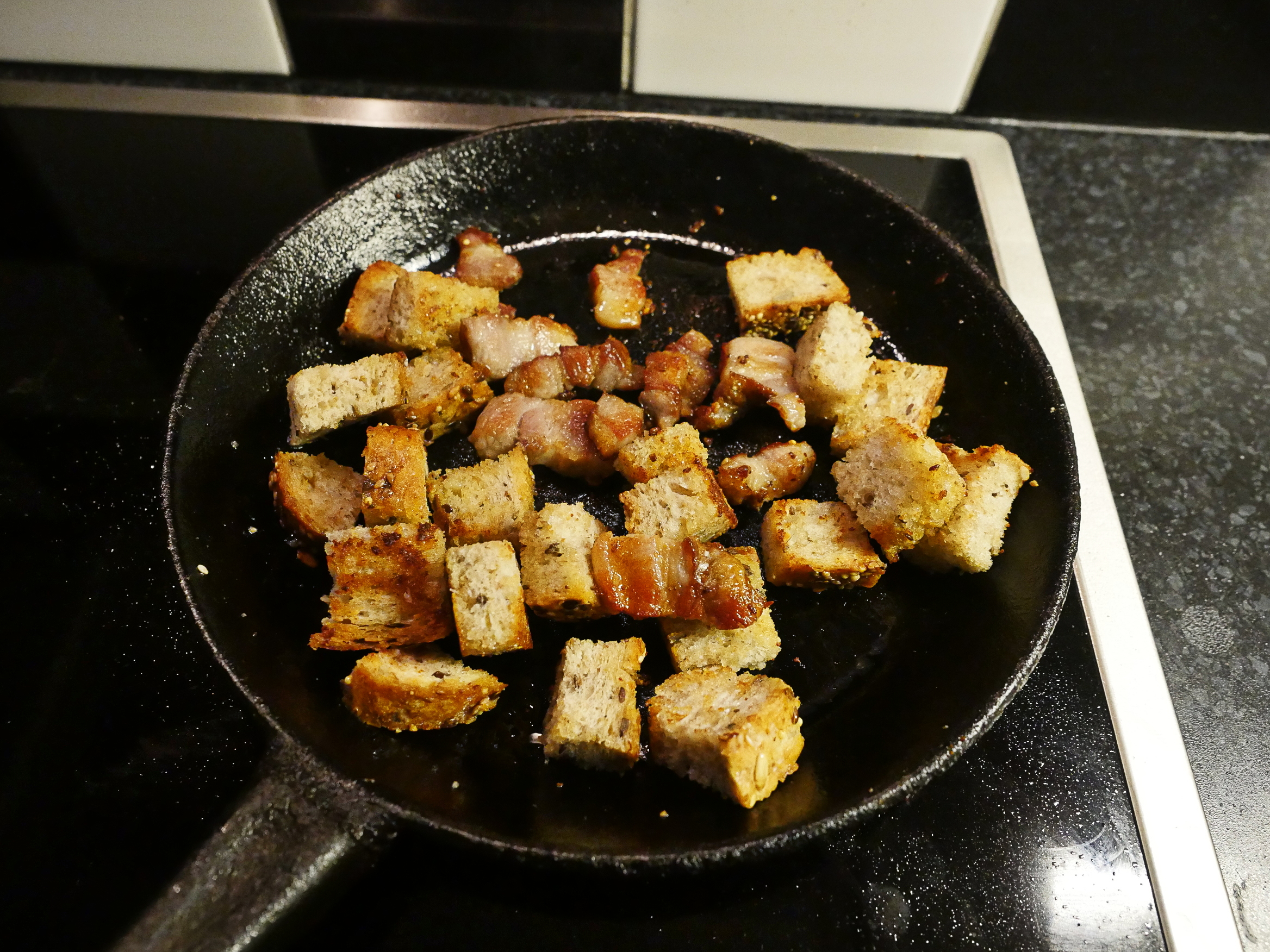 She said to cut both the bacon and the bread in one-inch cubes. That’s oddly huge for crutons, isn’t it? 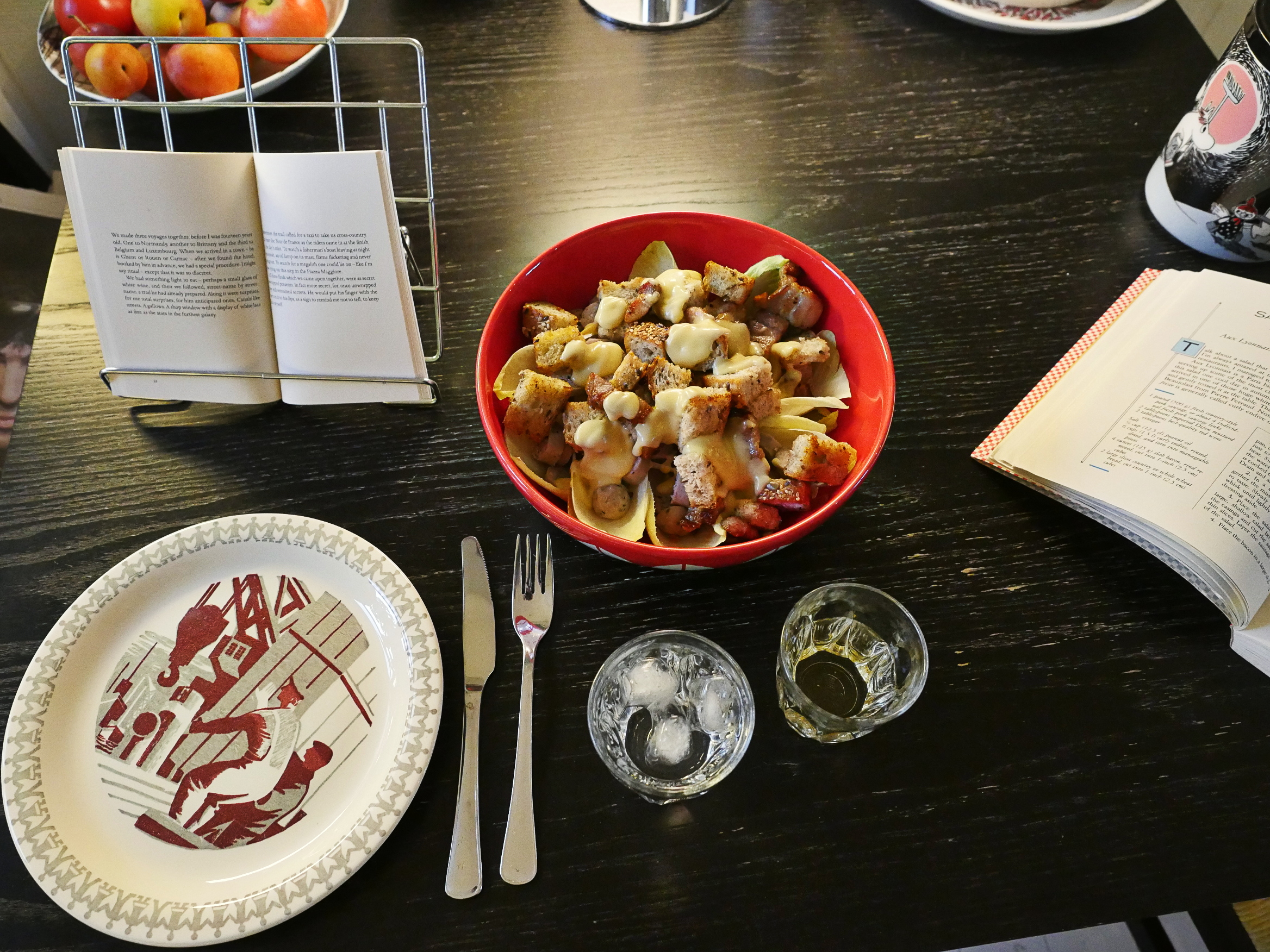 That’s a really unappetising-looking salad bowl, isn’t it? All the colours are somewhere between sickly green and sickly yellow.

But the flavour is kinda good. The sausage is excellent, the croutons could have been more baconey (needs more bacon), and the dressing goes well with it.

The salad should definitely have been endives instead of endives, though. 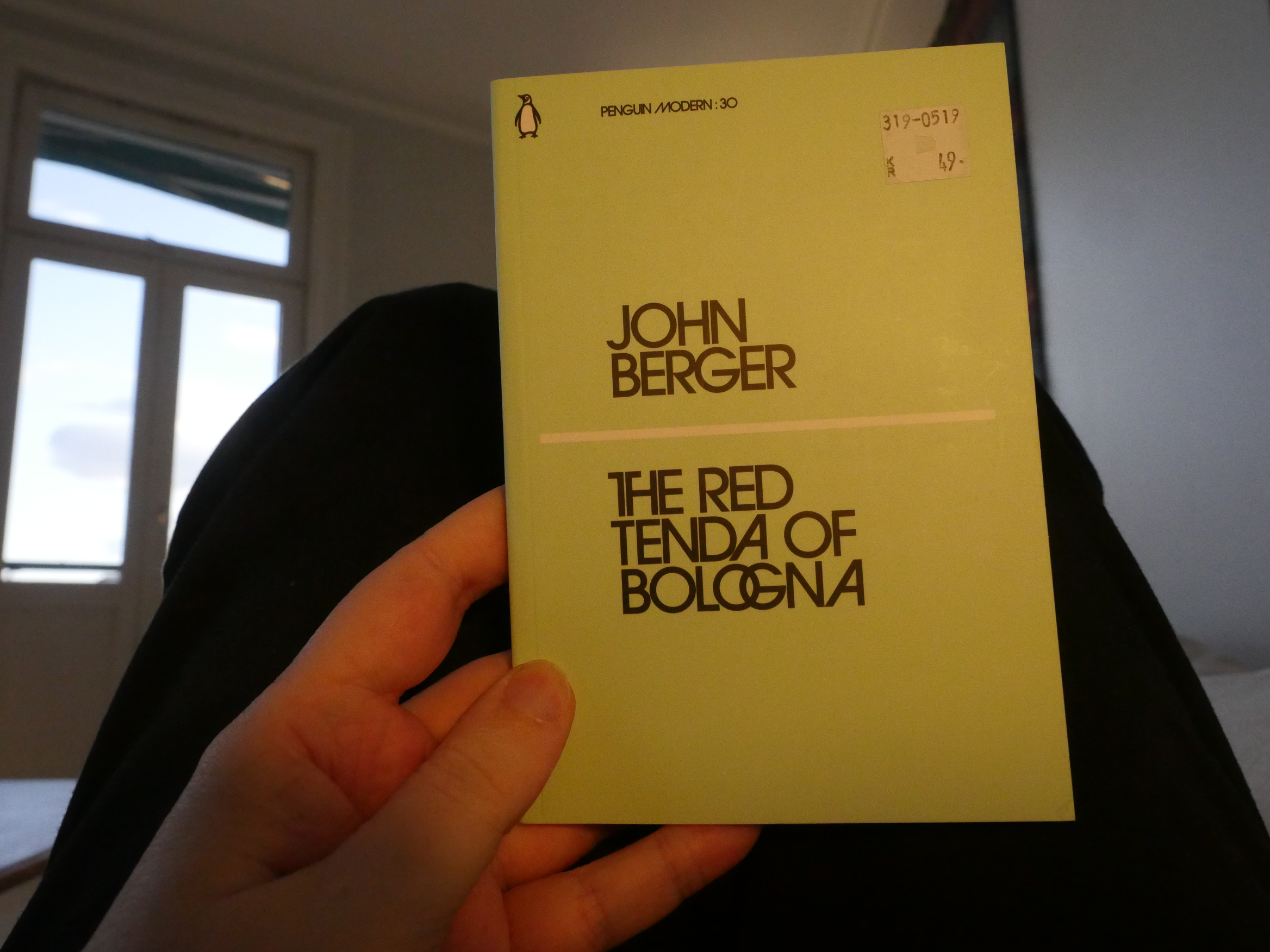 Since I’m just making a salad (and a cake), it’s fitting that the book I’m reading tonight is a very small one. I picked up The Red Tenda of Bologna by John Berger on a whim at a bookstore the other month because I watched The Seasons in Quincy the other er year. I don’t think I’ve read anything of him before.

So let’s read the first three pages of this slim booklet: 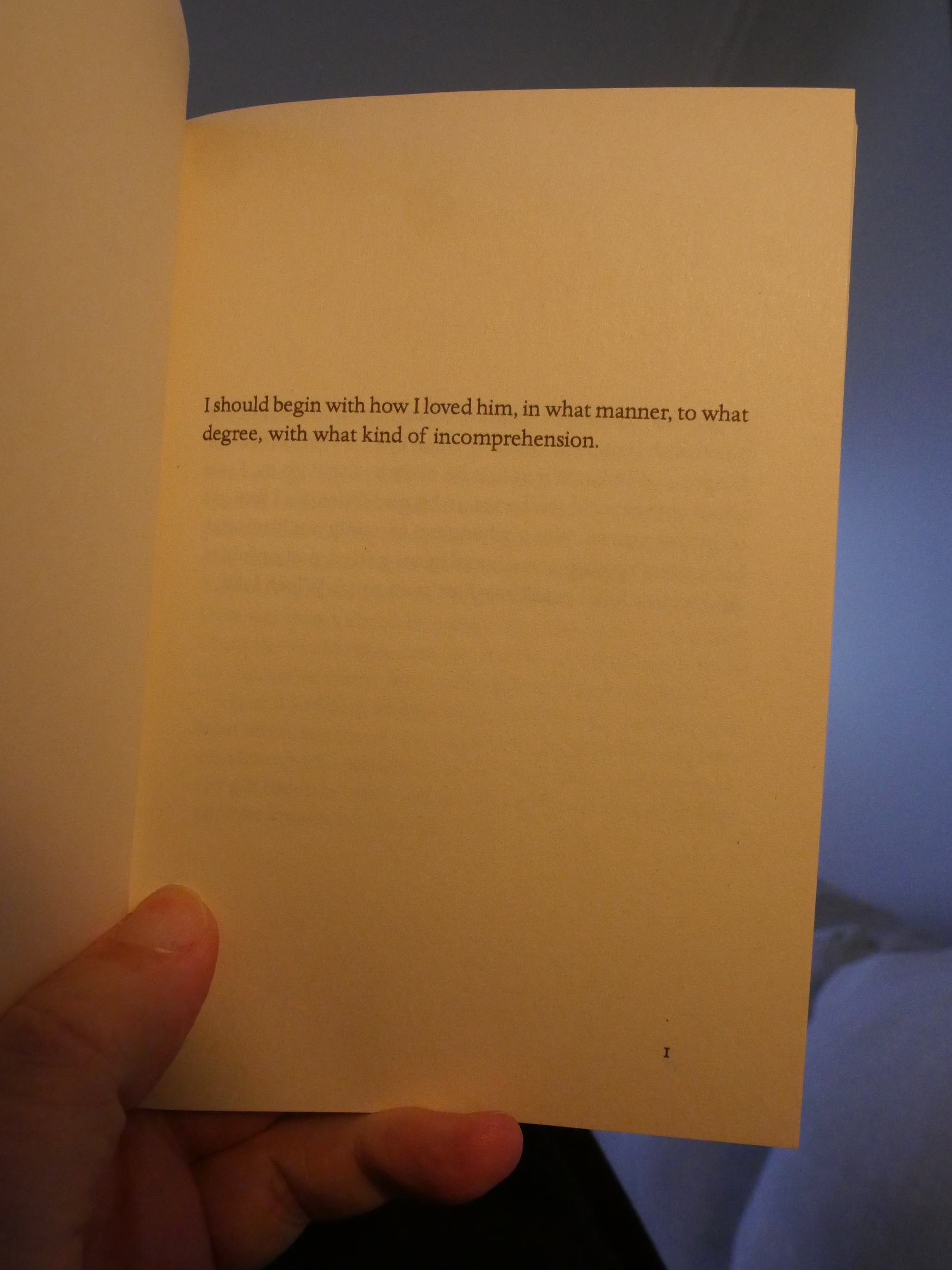 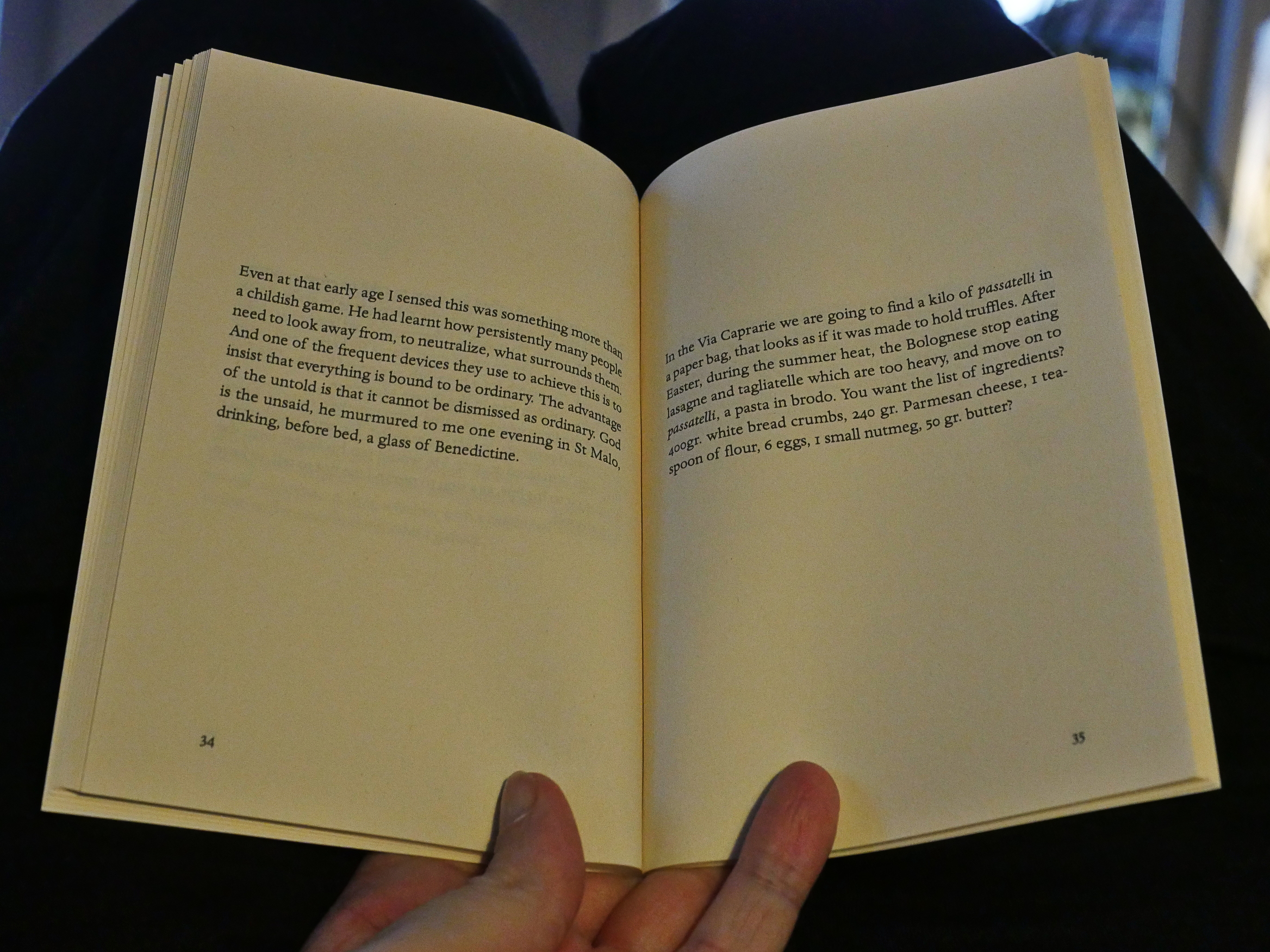 And there’s even a recipe in here. Nothing could be more apposite.

Goes well with a salad. That’s the easiest chocolate cake recipe ever. And I’m already slightly sceptical: I like cakes with lots of flour. I mean, I love chocolate, but I really prefer to eat chocolate as chocolate, and not dissolved into butter and named “cake”. But let’s see. Perhaps this one will be fab. So the most important bit: Melting the chocolate with some unsalted butter. I used the pot-in-pot thing. I think it’s less work than the newfangled microwave method. Mmm… deli… OK, it looks horrible. But then! 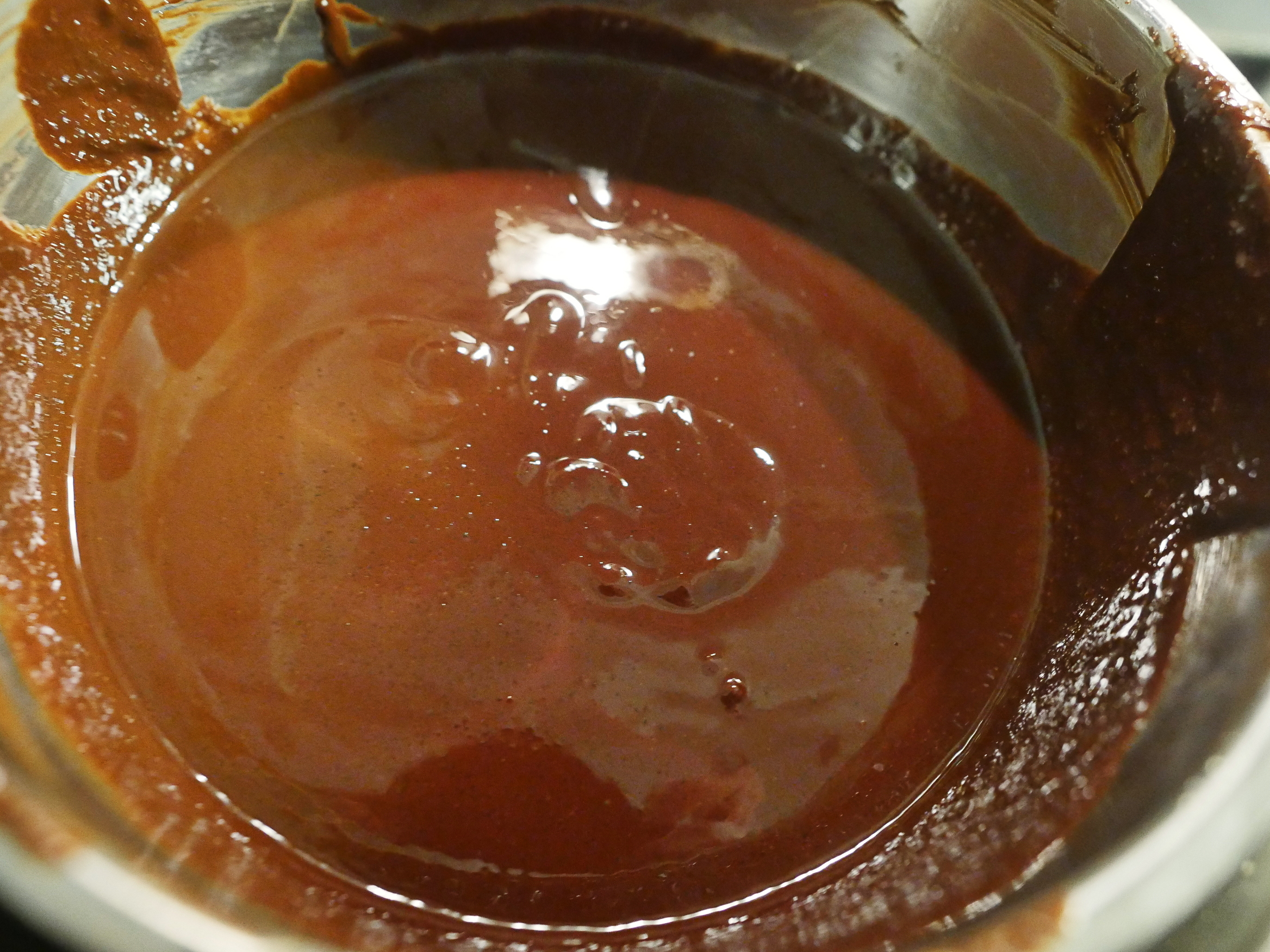 And then you whisk some egg whites and beat the yolks into the butter and then add the way-too-little flour and then carefully fold the egg white into the batter and: I may have slightly overcooked it. I tested it (with the wooden stick trick) and it was too underdone and then a second later it was overdone. But not too bad. To drink with this cake, she suggests a fortified wine called Banyuls, which I have never had before, I think. It’s basically a French Port. Mmm… They really do go well together. I had like three slices and er six glasses. Nice.