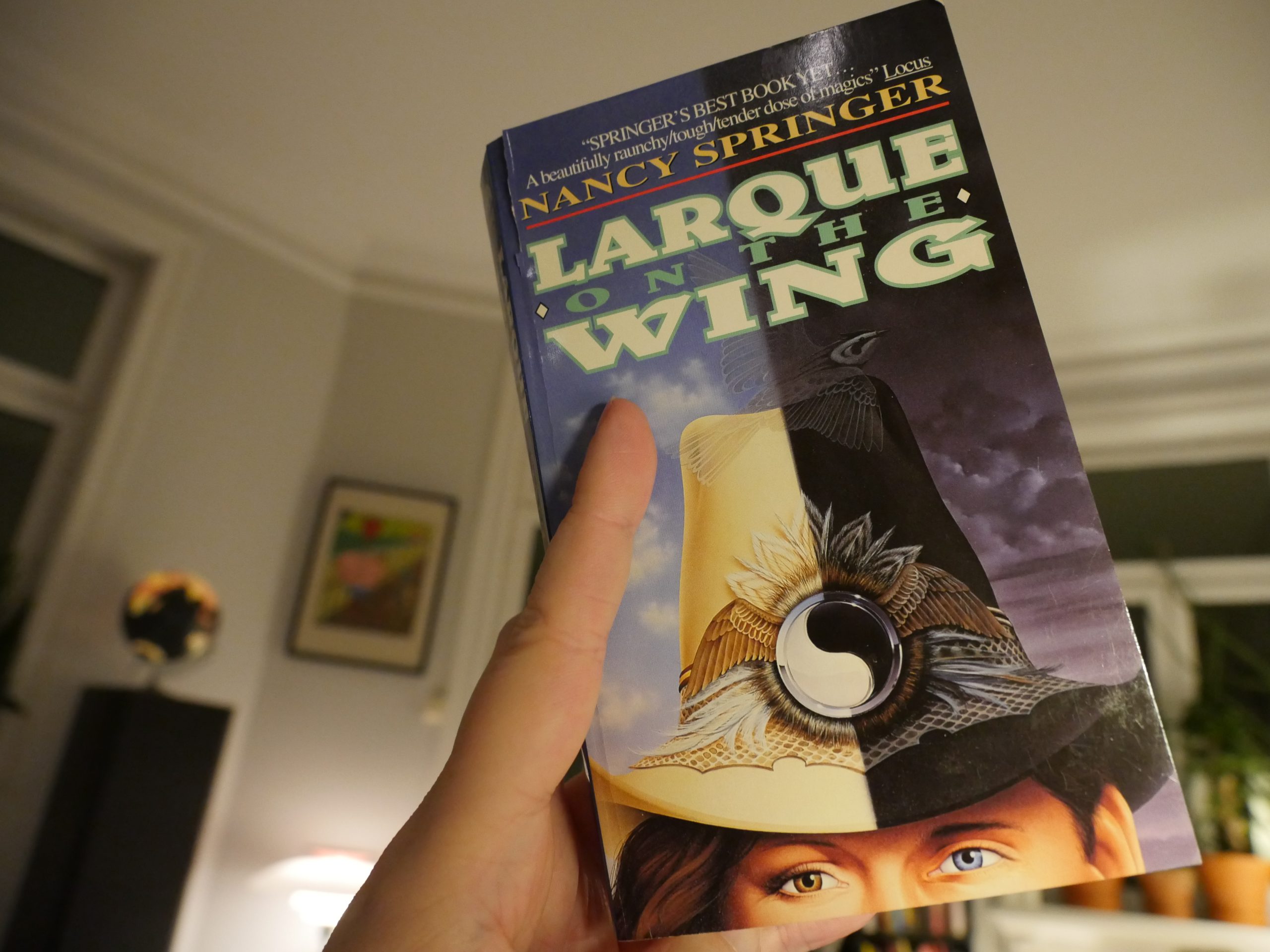 The last couple of years I’ve read very few books, and have instead been reading comics and comics and comics, and I’m totally burned out on that. So what better way to get back into reading books again than to take a whack at those books that I’ve been avoiding reading most of my life? 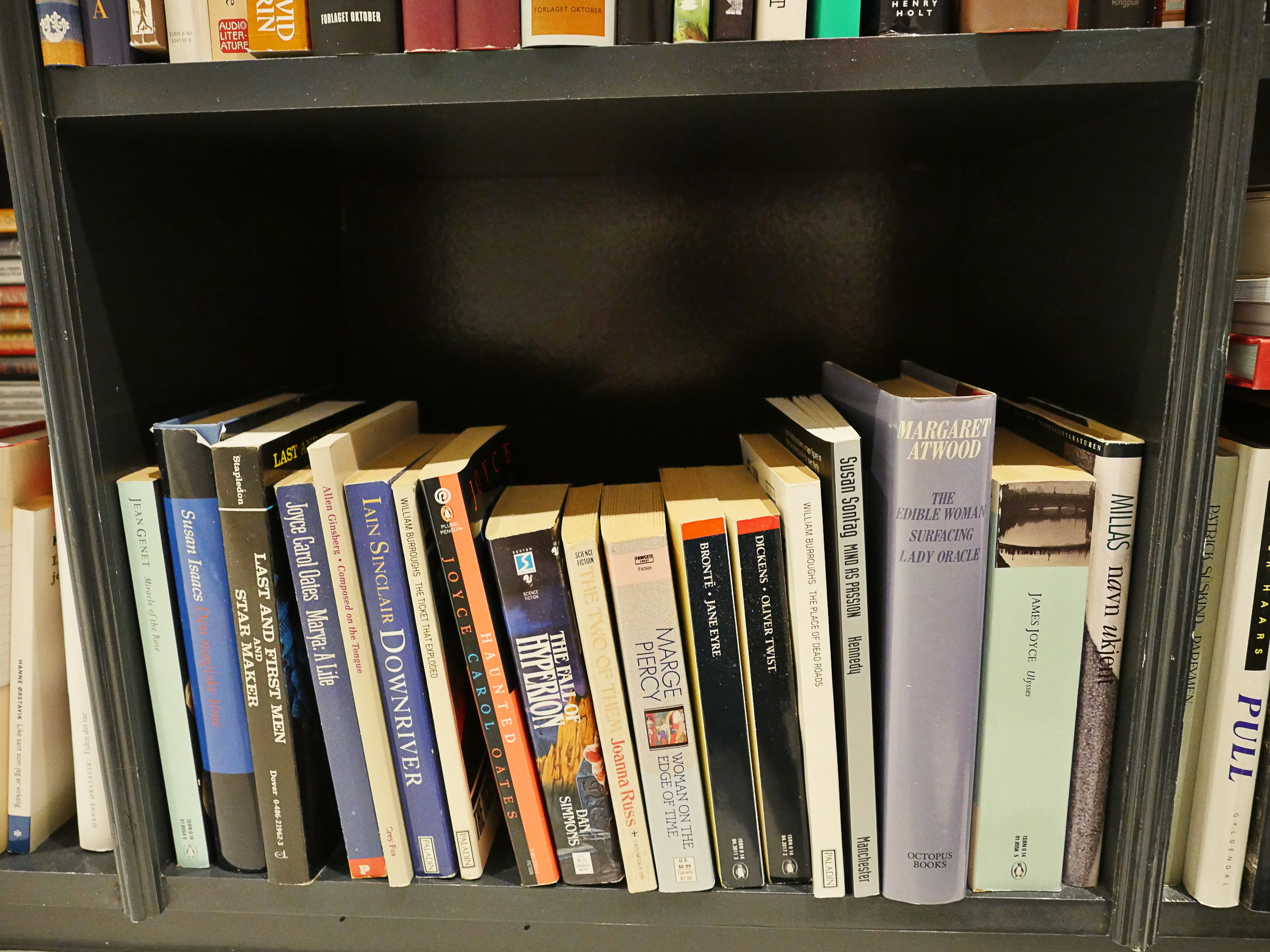 That’s the selection. I think the oldest ones here have been with me since the late 80s, probably… and somehow I’ve never gotten around to reading them because other books have seemed more urgent.

Oh god. One of them’s fucking Ulysses, and now I have to read it…

But to entice me to make headway here, I’m also going to teach myself how to bake cakes and cookies. One cake, one book. Cake, Cookies, Crumpets and Books: CCCB.

Let’s aim for… one per week? And I can read other books in-between while finishing off the cake.

I started with this banana mocha cream cake, which looks very scrumptious in the pictures at least… 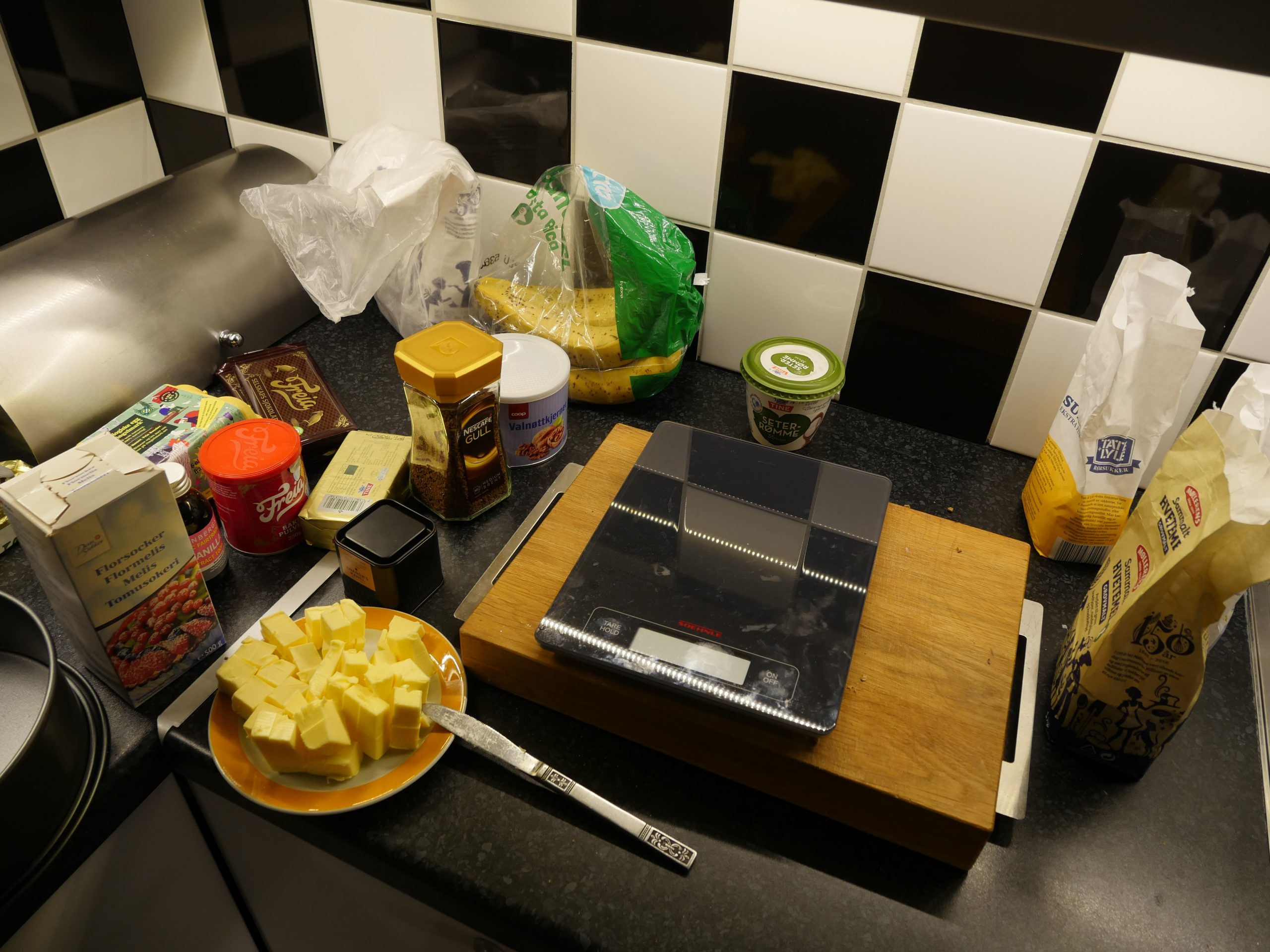 Do I have all the ingredients? Yes! 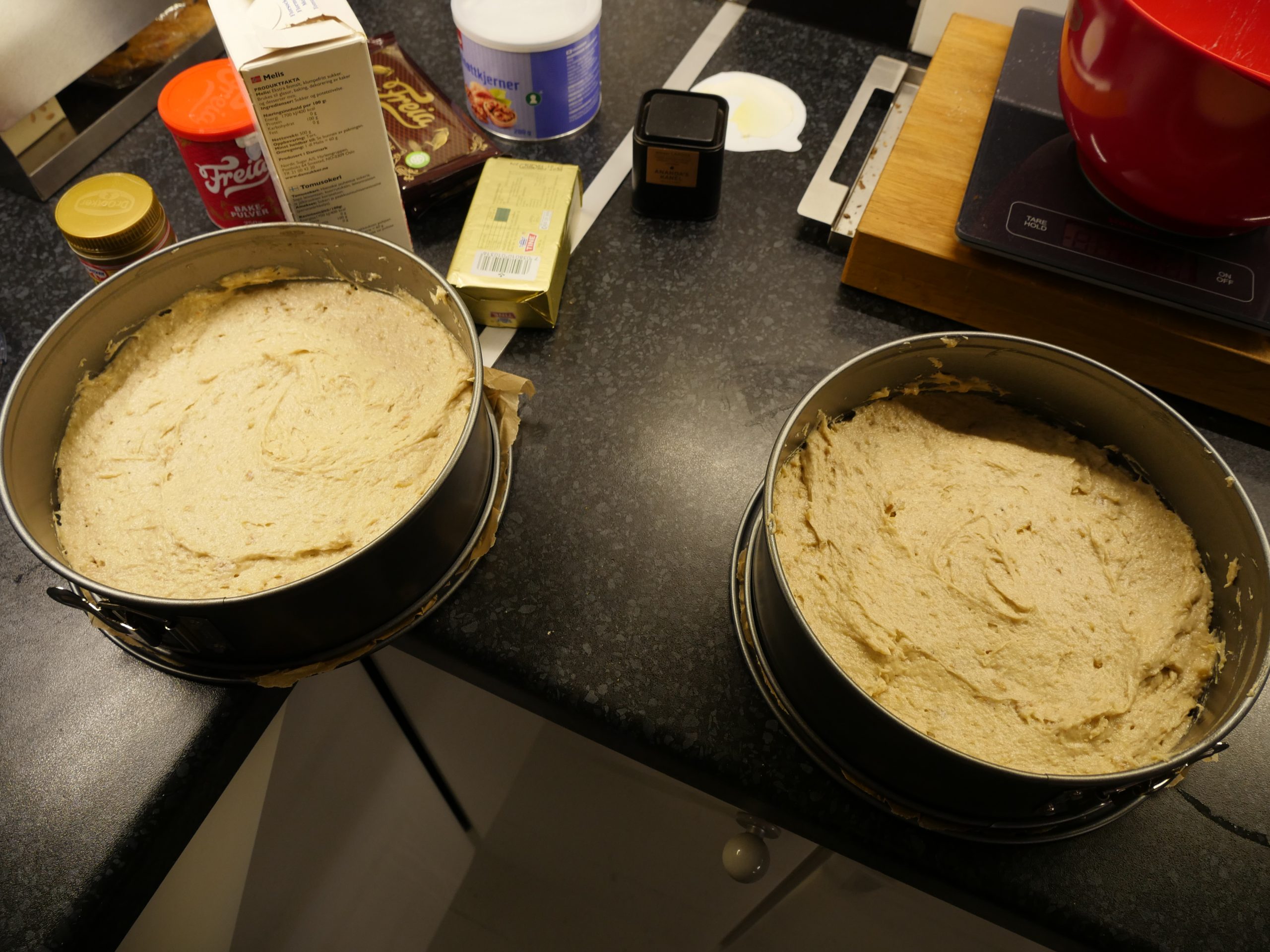 I ate too much of the dough. I’m allowed! 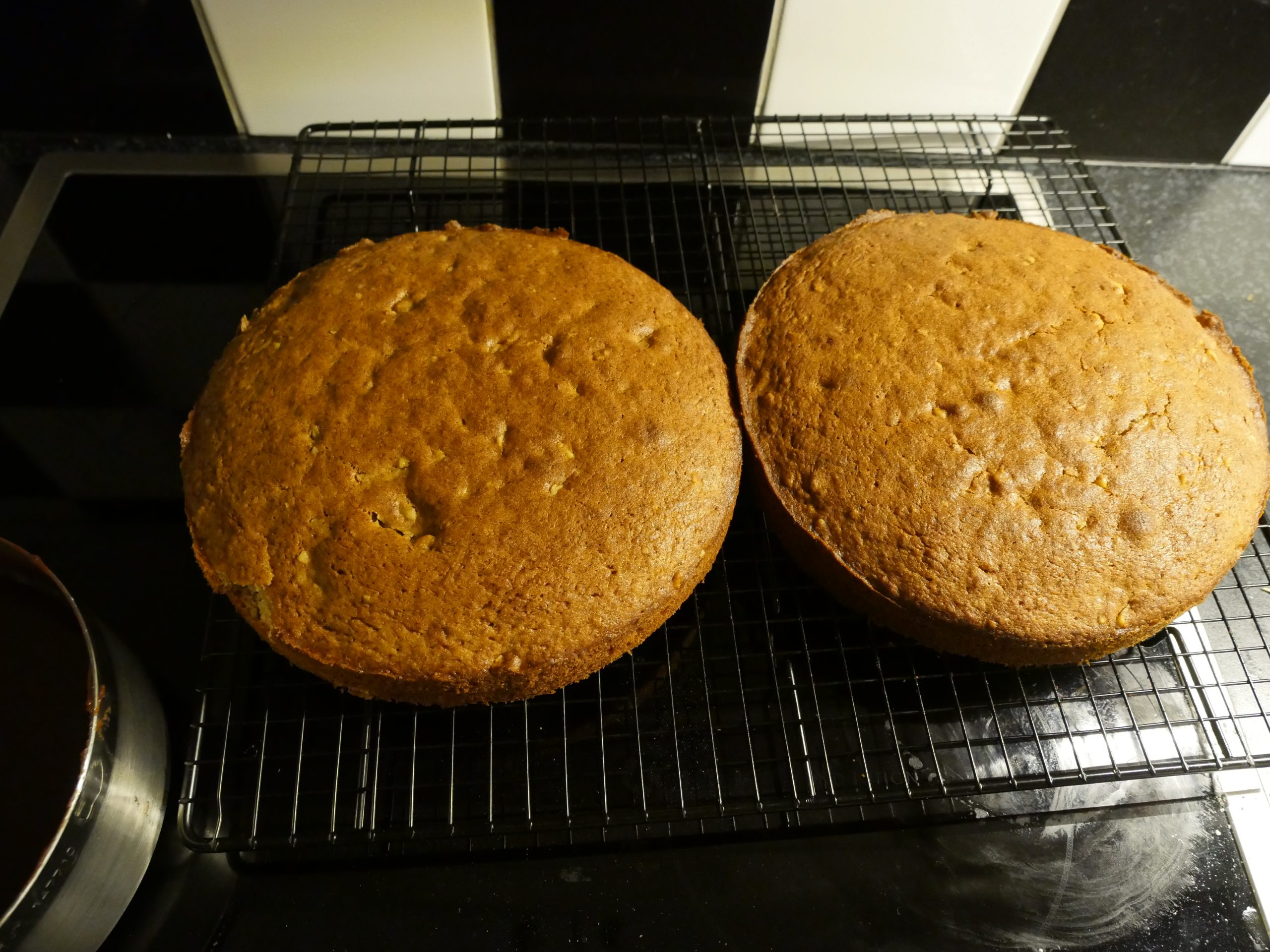 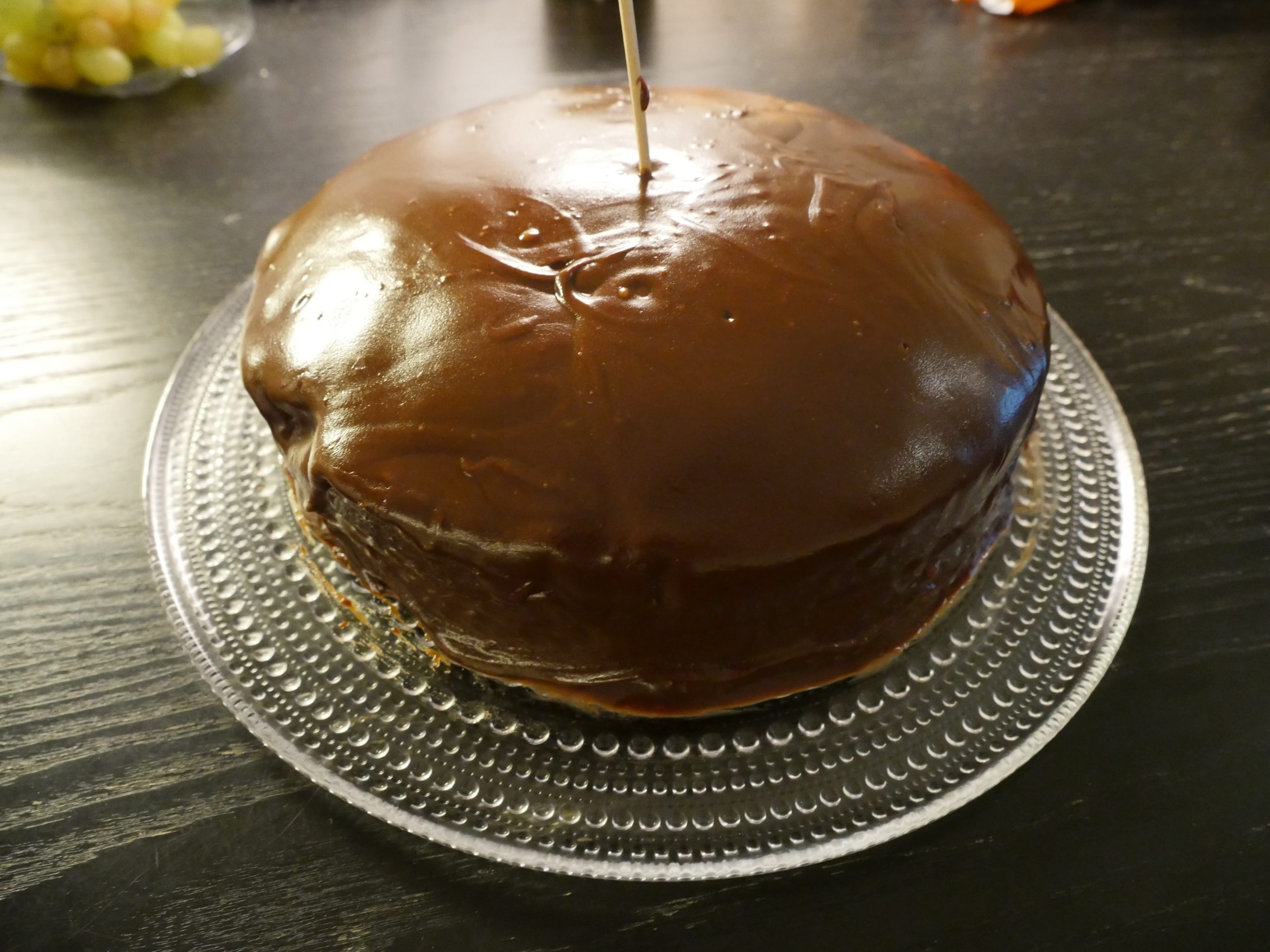 For the book I chose Larque on the Wing by Nancy Springer, which I’ve always pronounced in my head “Laroque” when I’ve decided not to read it, several times per month, the last 24 years.

It’s a very witty, and strangely unclassifiable book. It’s not quite a fantasy, but it’s not quite a non-genre book either. It reads more like a magic realism book? But it’s marketed as a a fantasy book. 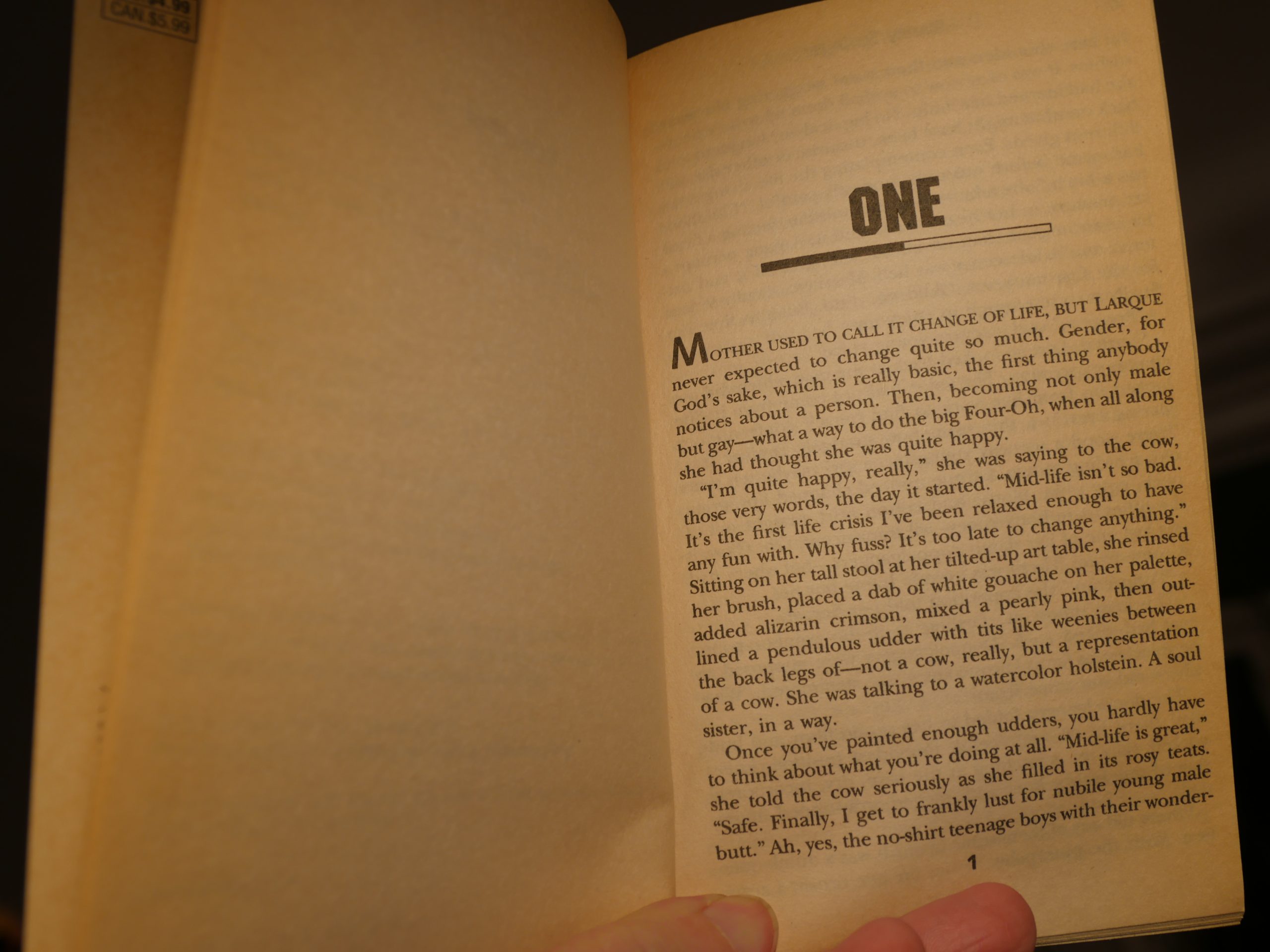 But how does it pair with the cake? Hm, it came out dryer than on the picture on that blog… but it’s been in the fridge, so I should probably let it sit on the table a few hours to get back to room temperature. 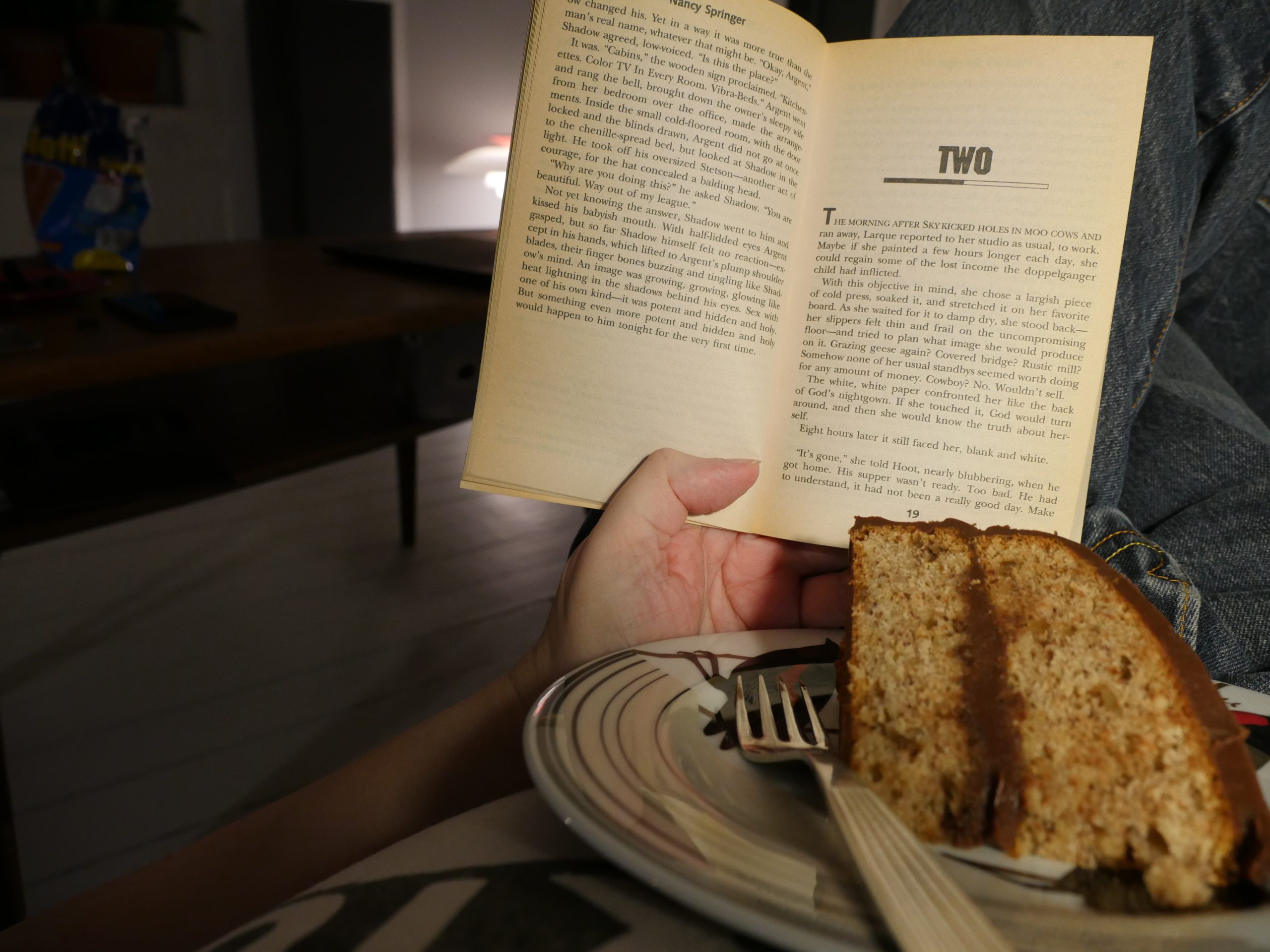 But it’s really more like a banana bread with a chocolate covering than a cake, really, which isn’t quite what I wanted. But it’s a pretty good banana bread, anyway.

And it pairs well with the sinister whimsy of the Nancy Springer book. Which is very good, indeed. I never know where it’s going.

One thing I find upon returning to books after this hiatus is that I’ve aquired some bad reading habits, probably from spending too much time reading blogs: My eyes have started skipping past text I think I know what’s going to say. They slip into skimming mode for short periods of time. And that doesn’t work with this book at all, because just about any sentence here doesn’t go the way you think they’re going to go.

It’s published by Avon Books, and this is what they usually publish: 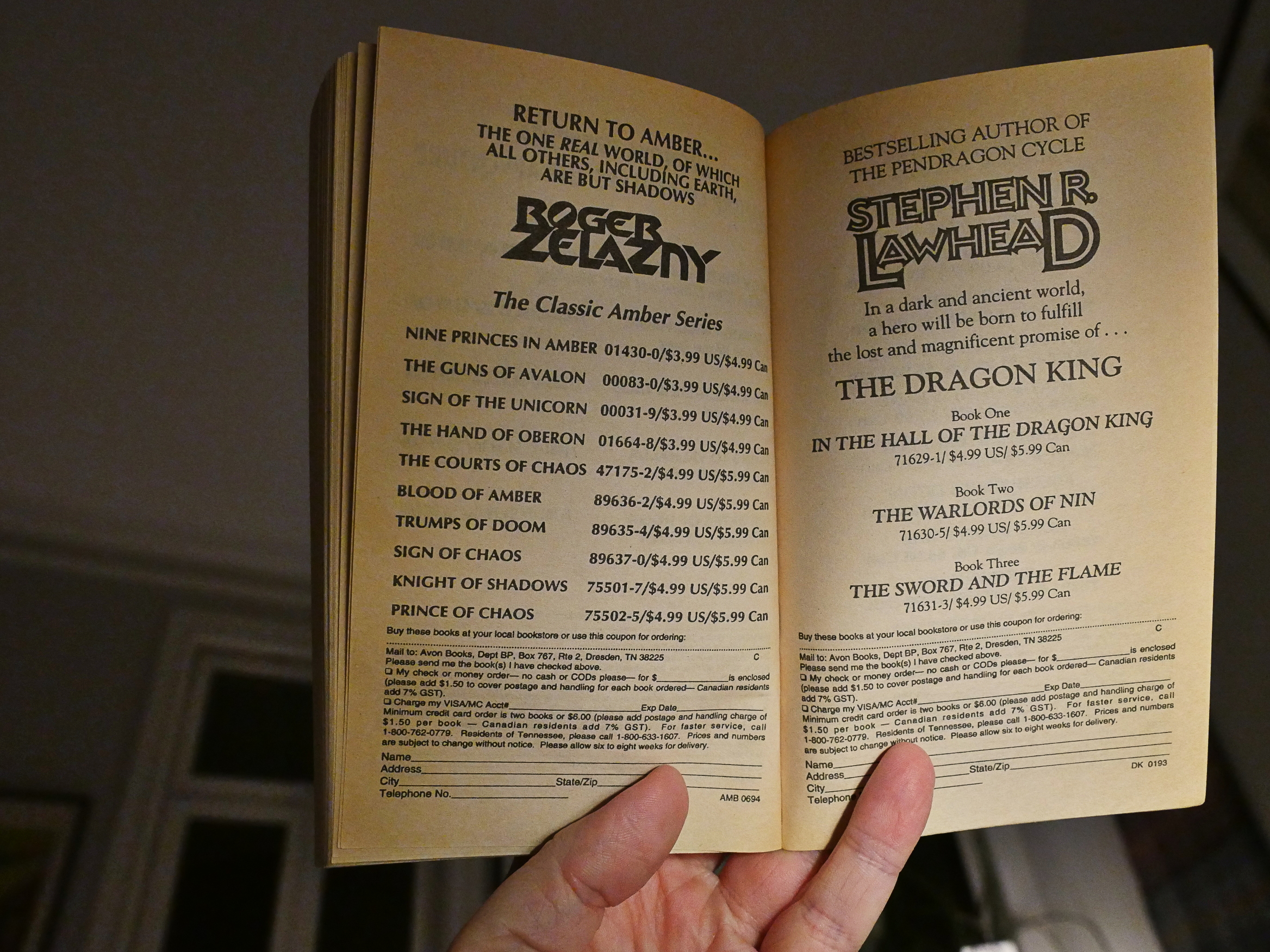 So it’s somewhat out of their normal remit, but I seem to remember them also publishing weirder stuff like this. It’s got a very exciting plot, with the most horrifying monster of all time as the main antagonist: A mother who can change reality by just refusing to see whatever is in front of her eyes. But it’s also a somewhat frustrating read, because for most of the book, things don’t much develop as repeat themselves, so reading it feels like we’re stuck in molasses. Which may be Springer’s point, but…

But you can’t fault the fabulously climactic confrontation at the end, wart hog and all.

3 thoughts on “CCCB: Larque on the Wing”