The backlight to the monitor in the hallway half died, and the monitor was more than ten years old, so getting a replacement seemed more prudent than trying to get it fixed.

I wanted a kinda small monitor for the table. The main use cases is me scanning record sleeves and paying bills (because this is the only computer I have with a numeric keyboard), so it’s not like a need a huge one. The rest of the time it’s showing the cover of whatever album I’m playing in the stereo…

But then I happened on to the Eizo EV2730Q monitor: It’s square! I mean, as in having a 1:1 width/height factor! 1920×1920! How cromulent! Album covers are square, too, so that’d perhaps look totally cool in the hallway? 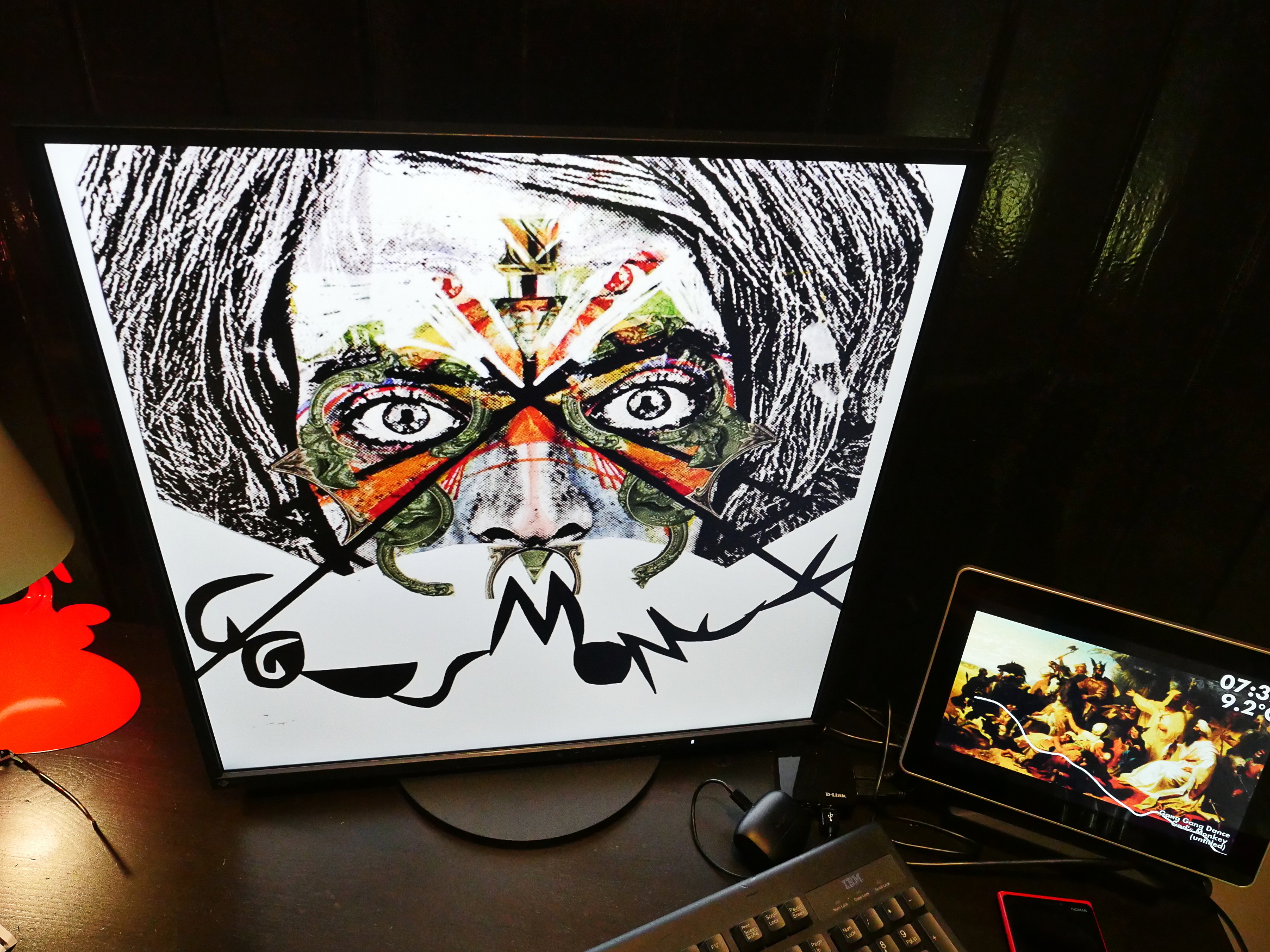 It is, indeed, square. It kinda visually looks like it’s taller than it’s wide, but I’ve measured it, and it’s not.

I was briefly excited when I learned that it had a USB hub built-in, because I thought I could use it to charge gadgets and get rid of an external USB hub, but it’s a fucking non-powered hub. How lame is that? If I connect my keyboard and something power-draining to the hub at the same time, my keyboard goes AWOL. So its utility is severely limited, and since I have to have an external powered hub, anyway, there’s no point in using it at all.

They could have spent a couple of dollars more and made it powered, but they didn’t, the cheapskates.

I was also briefly excited when I read the manual and saw that it had speakers built-in. Not that I’d use those to play music or anything, but it’s occasionally useful if I were to check something out on Youtube. The monitor has a 3.5mm jack input, but I thought that surely it would also have audio input over either DisplayPort or over the USB input, but nope. It doesn’t have any other audio input than that 3.5mm jack. At least no audio device pops up in Linux when I plug in the DisplayPort cable, but surely this is the Year of Linux on the Desktop, so it has to be the monitor’s fault.

I don’t want to pull another cable from the closet where the computer is over to the monitor, so I guess I won’t be using that speaker, either.

So after those brief oh-so-exciting periods were over… what’s the picture quality like? 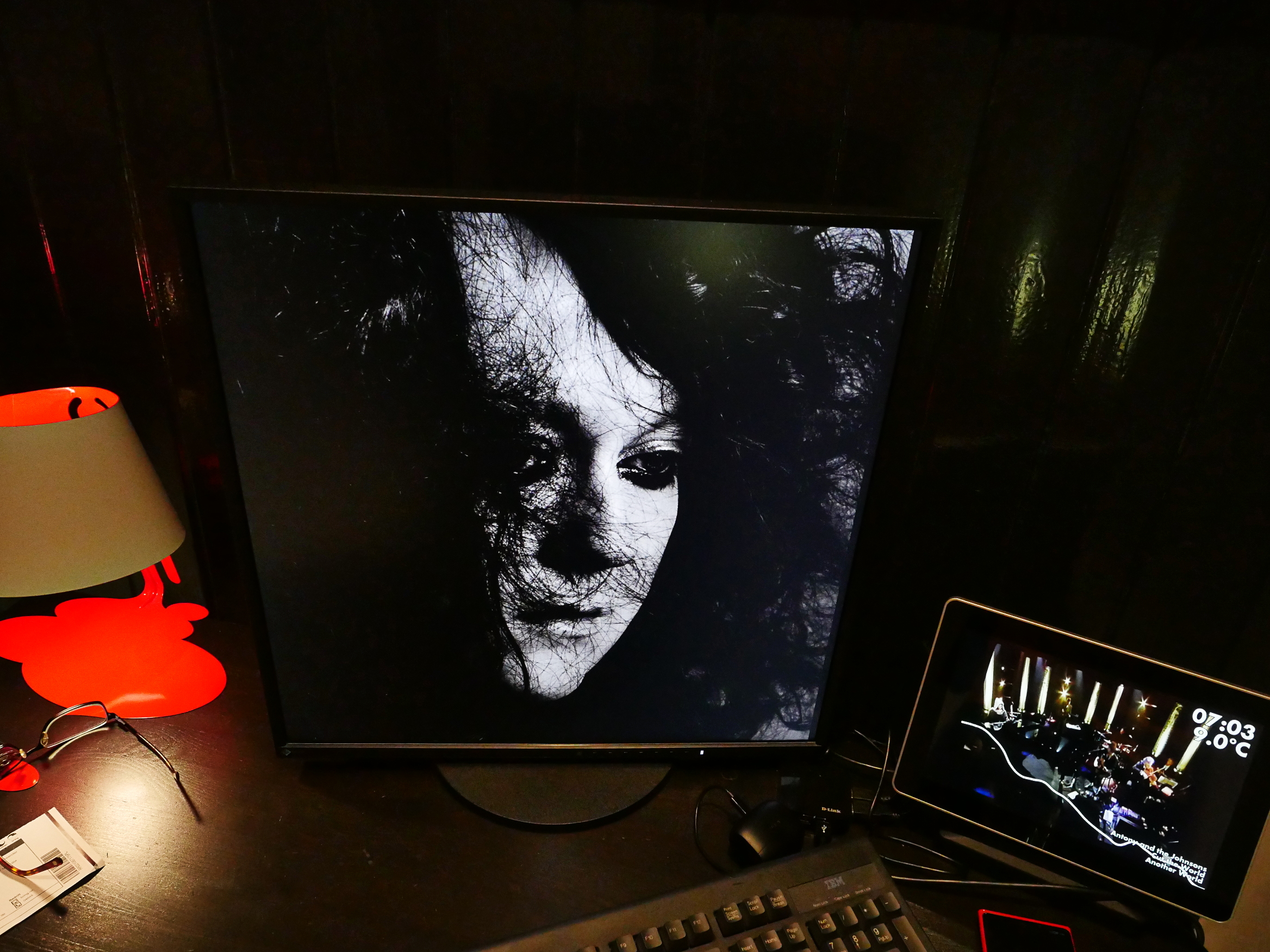 It’s fine, but the black levels aren’t very black. I’m spoiled by having an OLED TV, where black is black, but it’s a disappointment that you can’t get things blacker than you see in the picture there. I even went into all the menus to tweak, and you can make the black levels even more grey, but you can’t make it go darker.

So I guess it’s fine? But there’s nothing exciting about it.

Except the form factor, which is pretty neat. It’s hip to be square again.