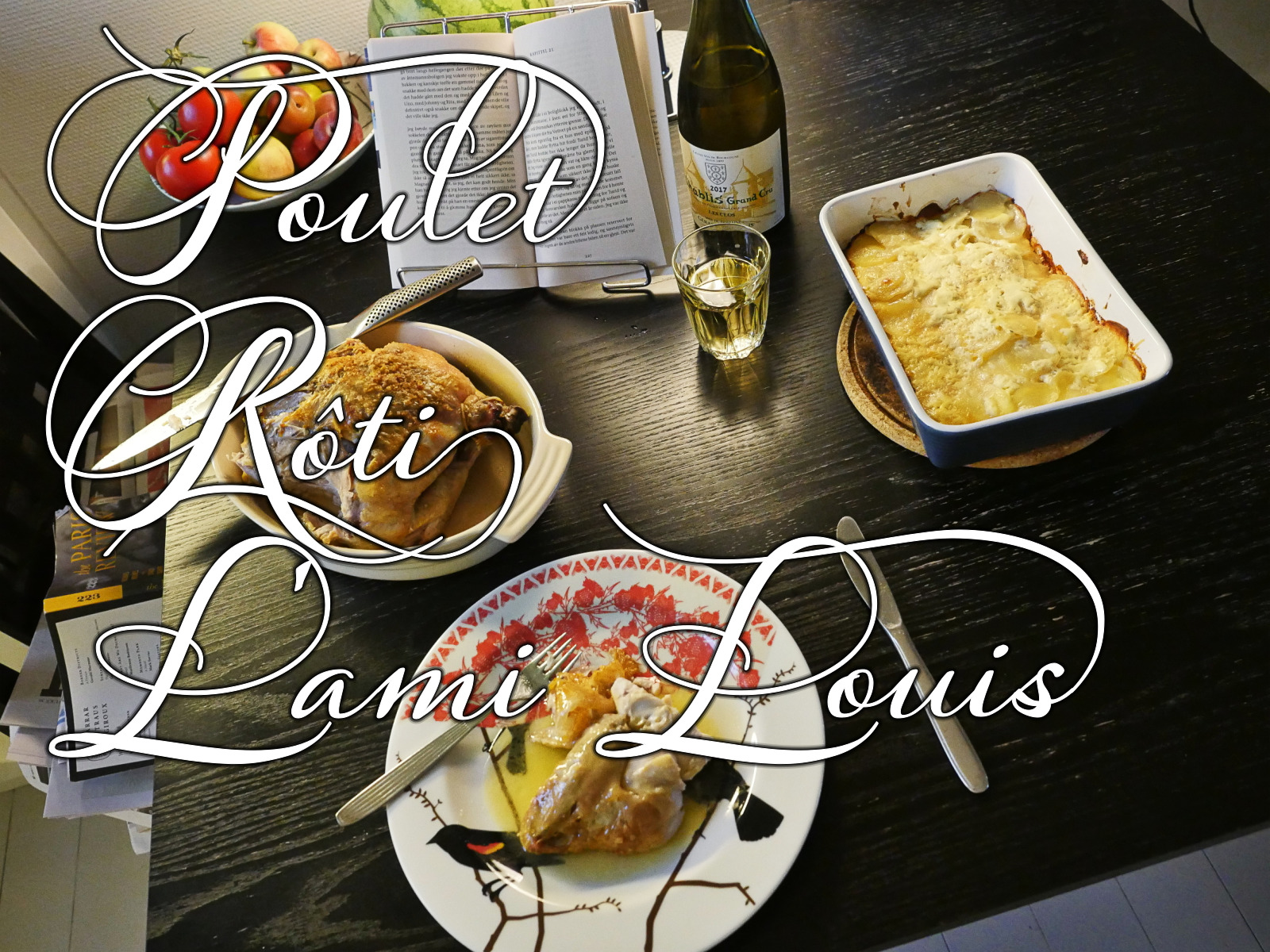 The major problem about blogging about cooking is that this is the default state of the kitchen: 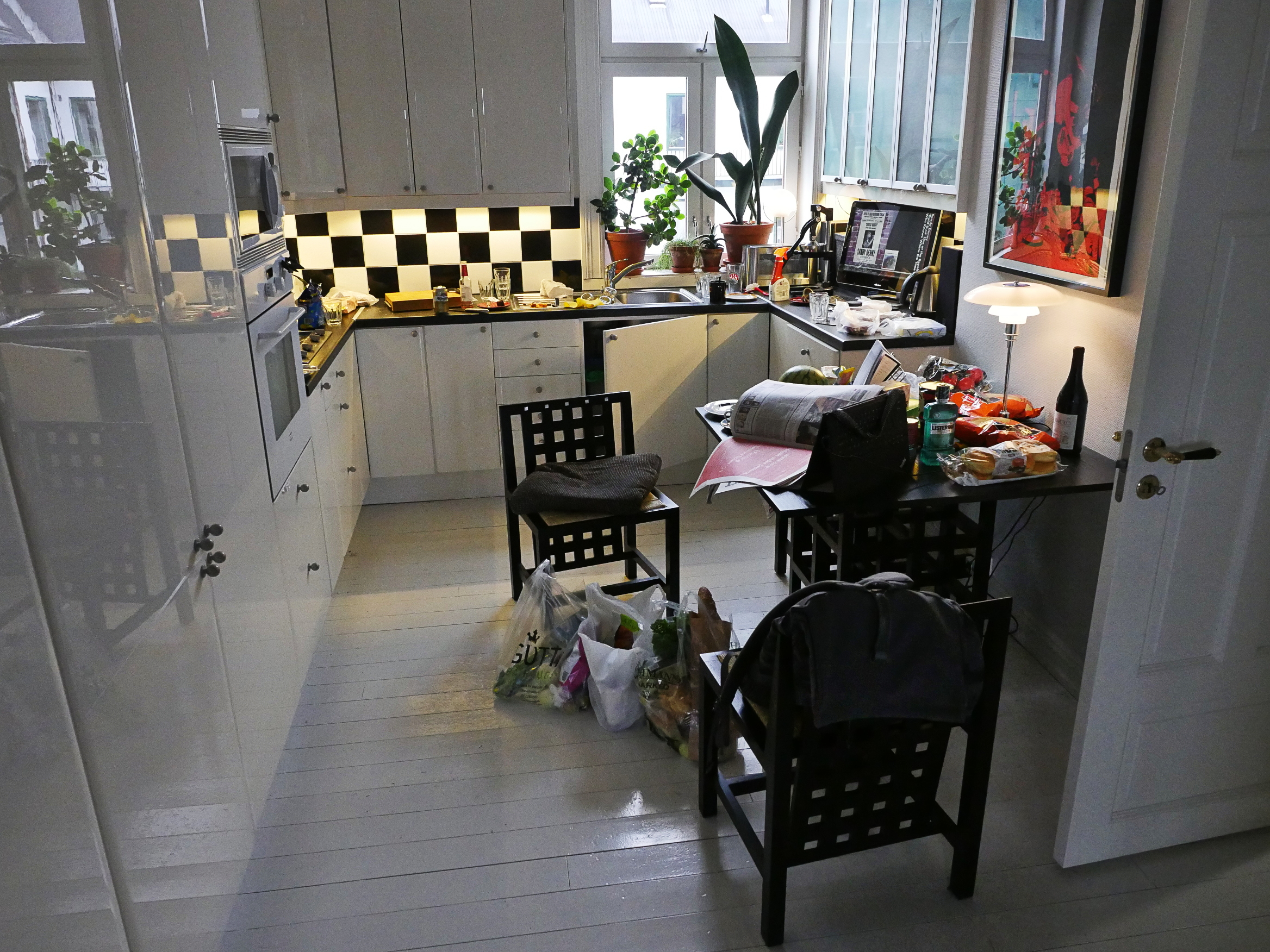 I’m glad that nobody saw that picture, because there’s like no room to cook anywhere because I’m a slob. 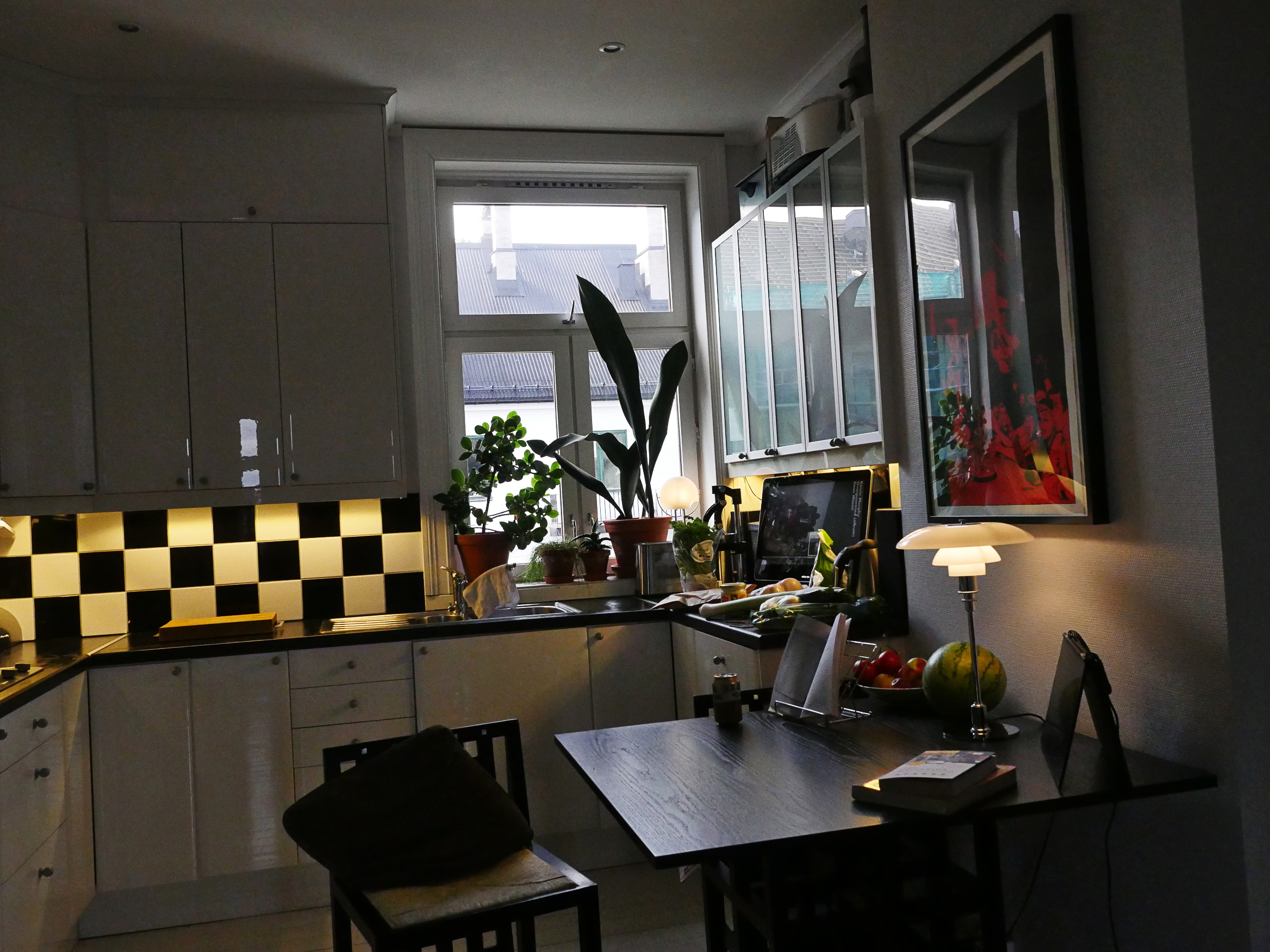 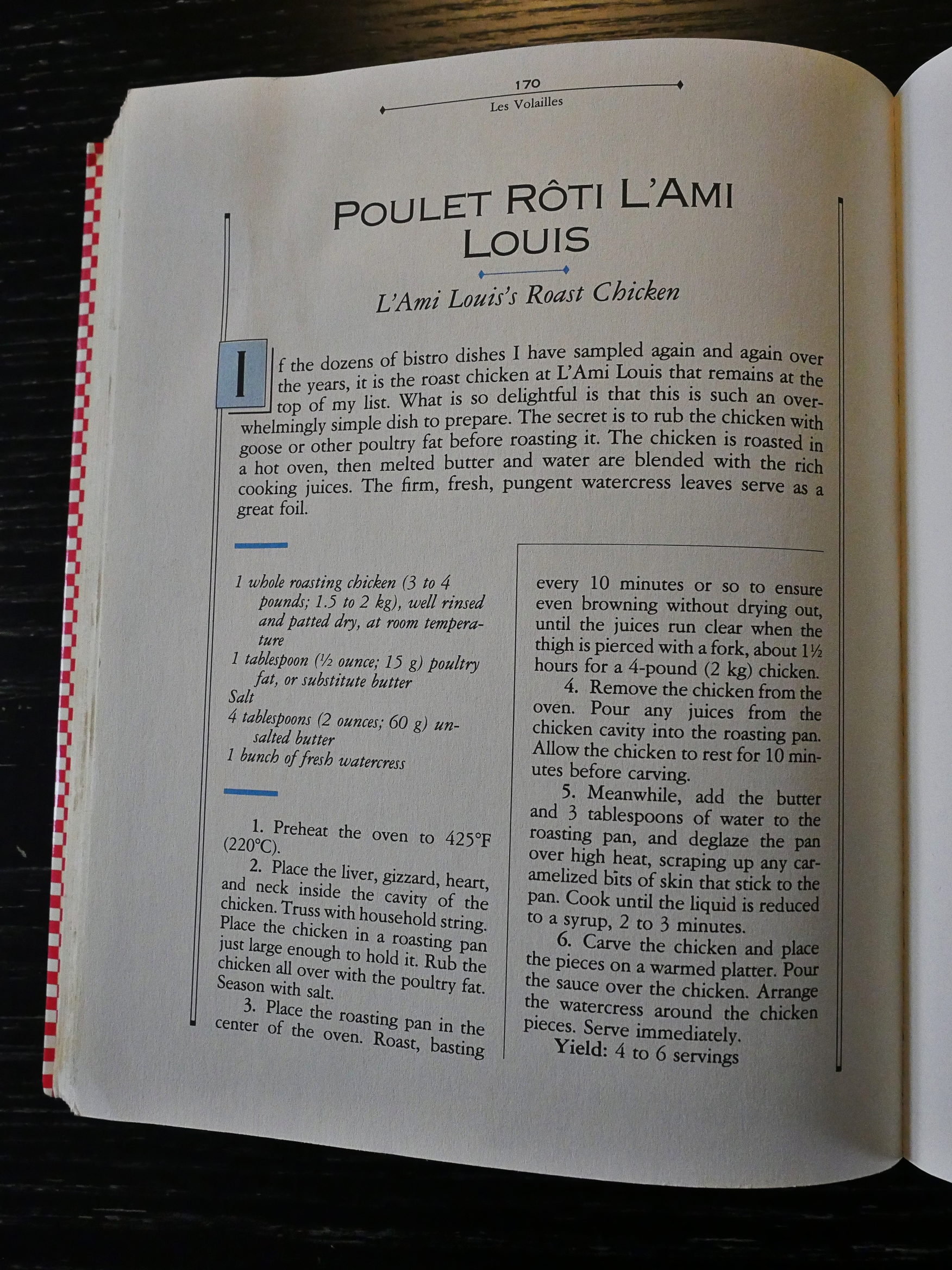 So today (the first day of this blog series) I’m cooking the first poultry dish, which is the roast chicken above.

What’s confusing about that recipe is that it’s… like… just a chicken in the oven. The only seasoning is salt! How is that supposed to taste fab? 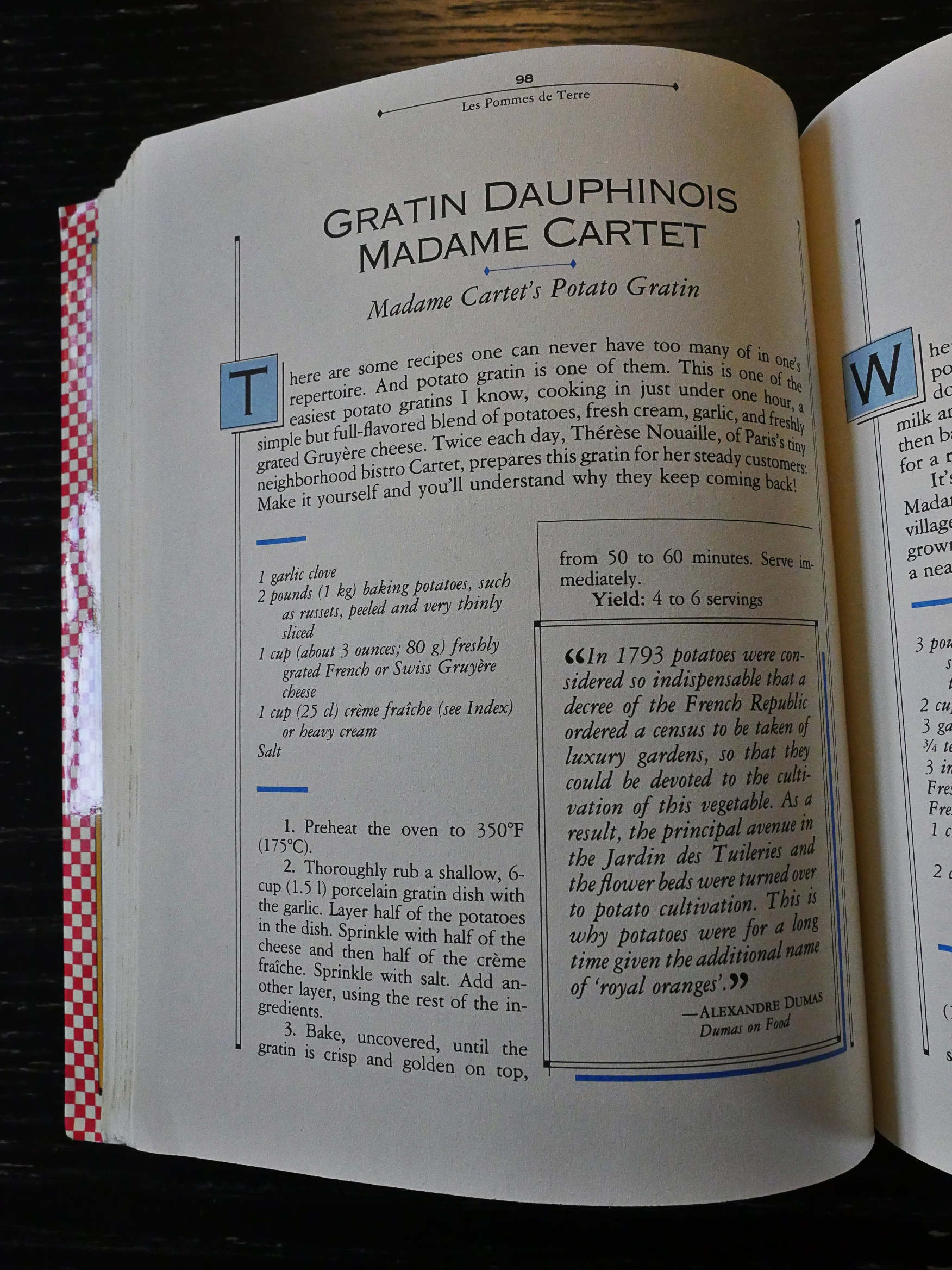 And I’m making these potatoes as the side… and it’s a potato gratin, which I hate. I mean, I dislike most usages of cheese in dishes, unless it’s, well, pizza. In any saucey thing I think cheeses are kinda pukey. And that looks like a prime example of a ewww! dish to me. But we’ll find out! 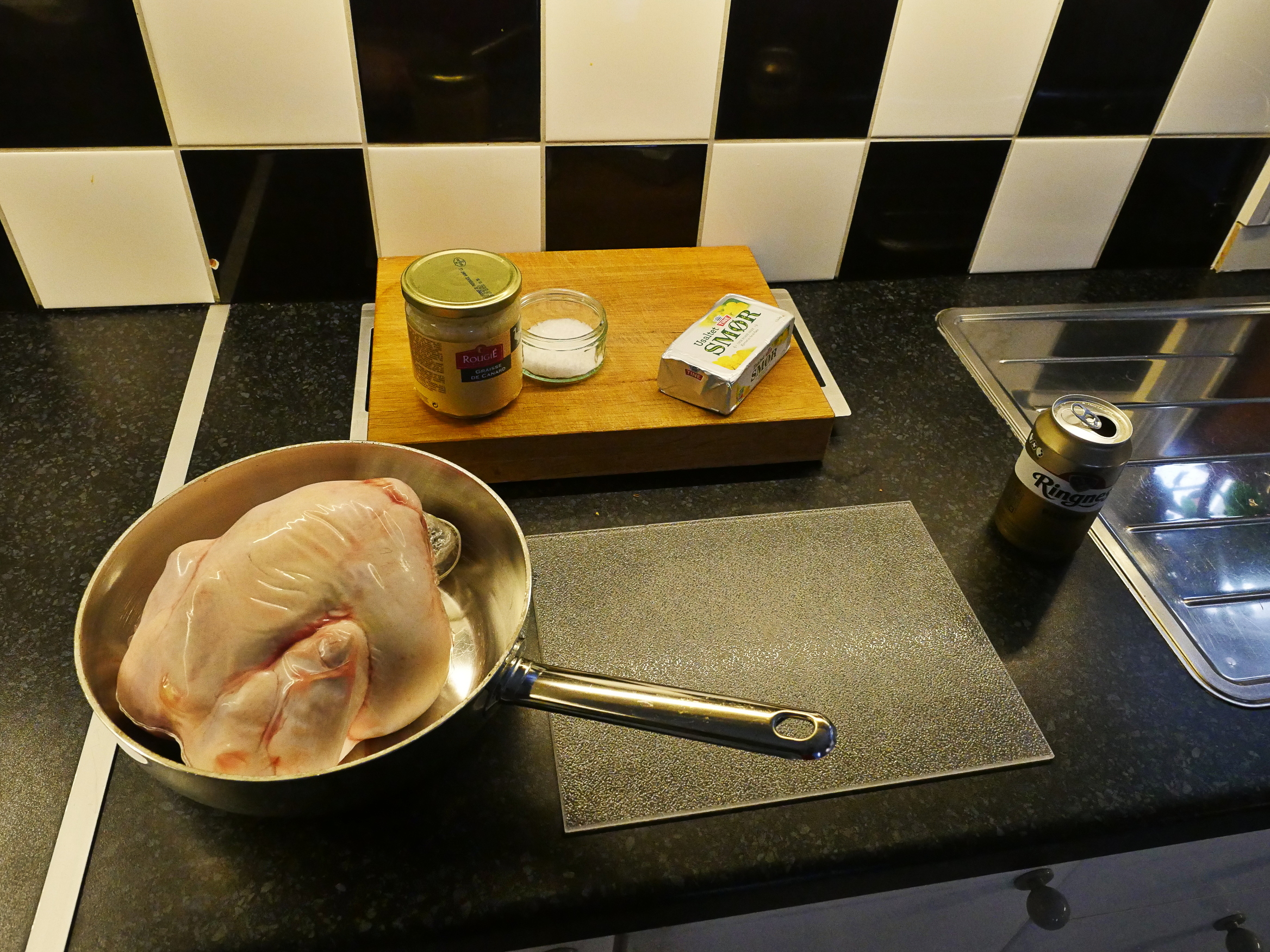 OK, I’ve got the chicken in a pan suitable for roasting (and basting). 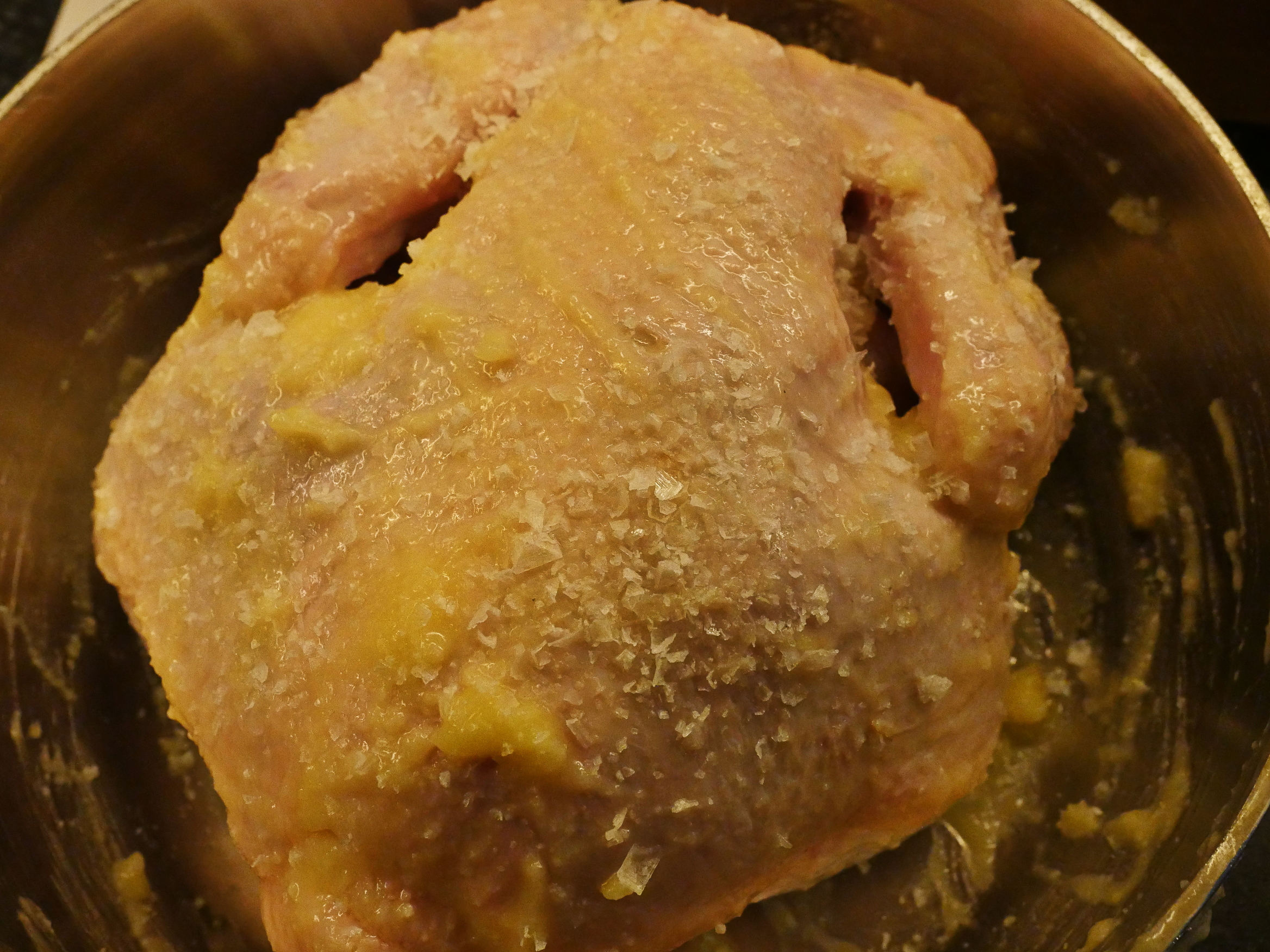 Look how delicious it looks after covering with duck fat and salt! Mmm!

I was humming Meat is Murder to myself, as I usually do when doing disgusting things to animal carcasses. Baking is a lot less yucky. 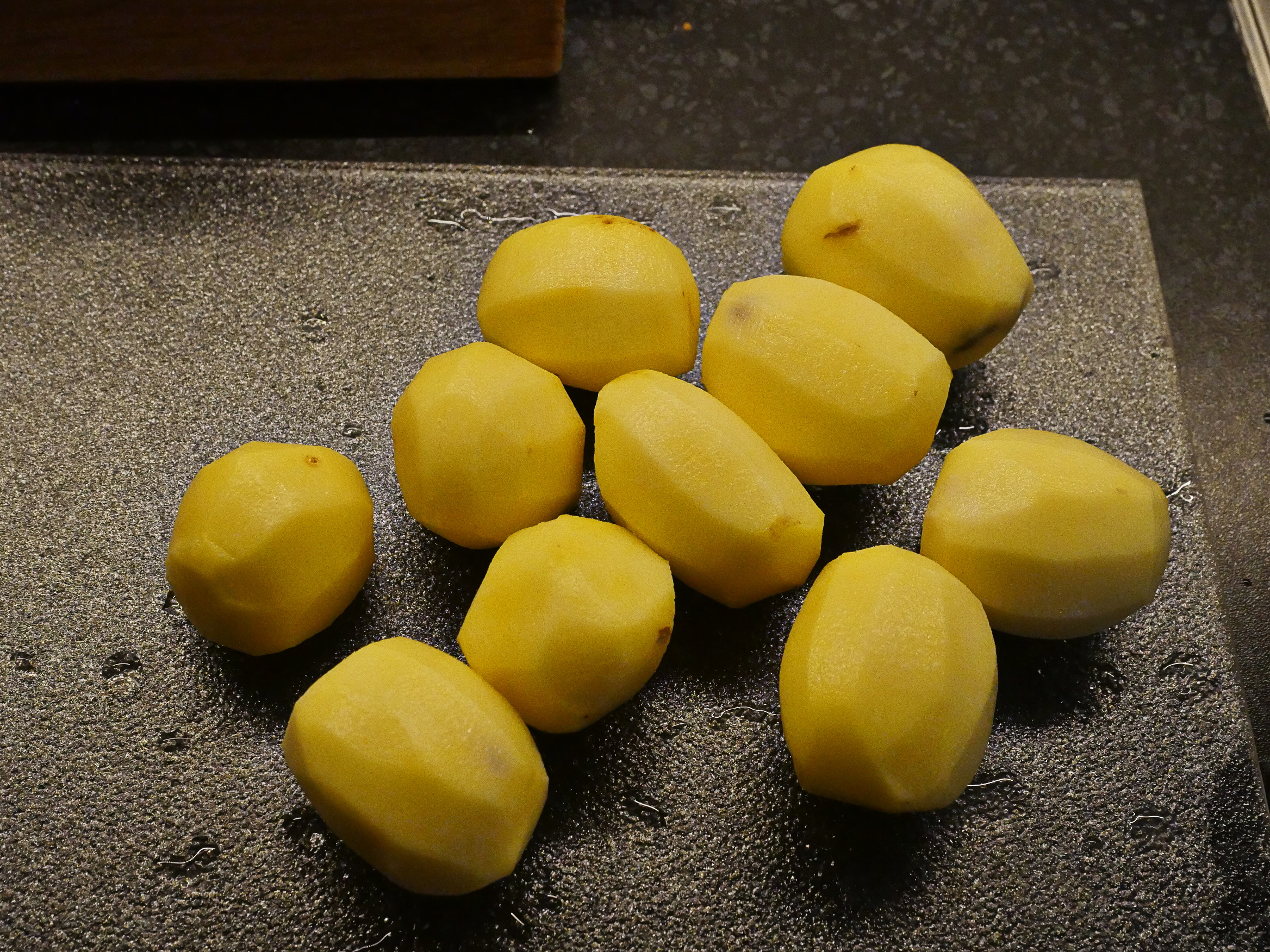 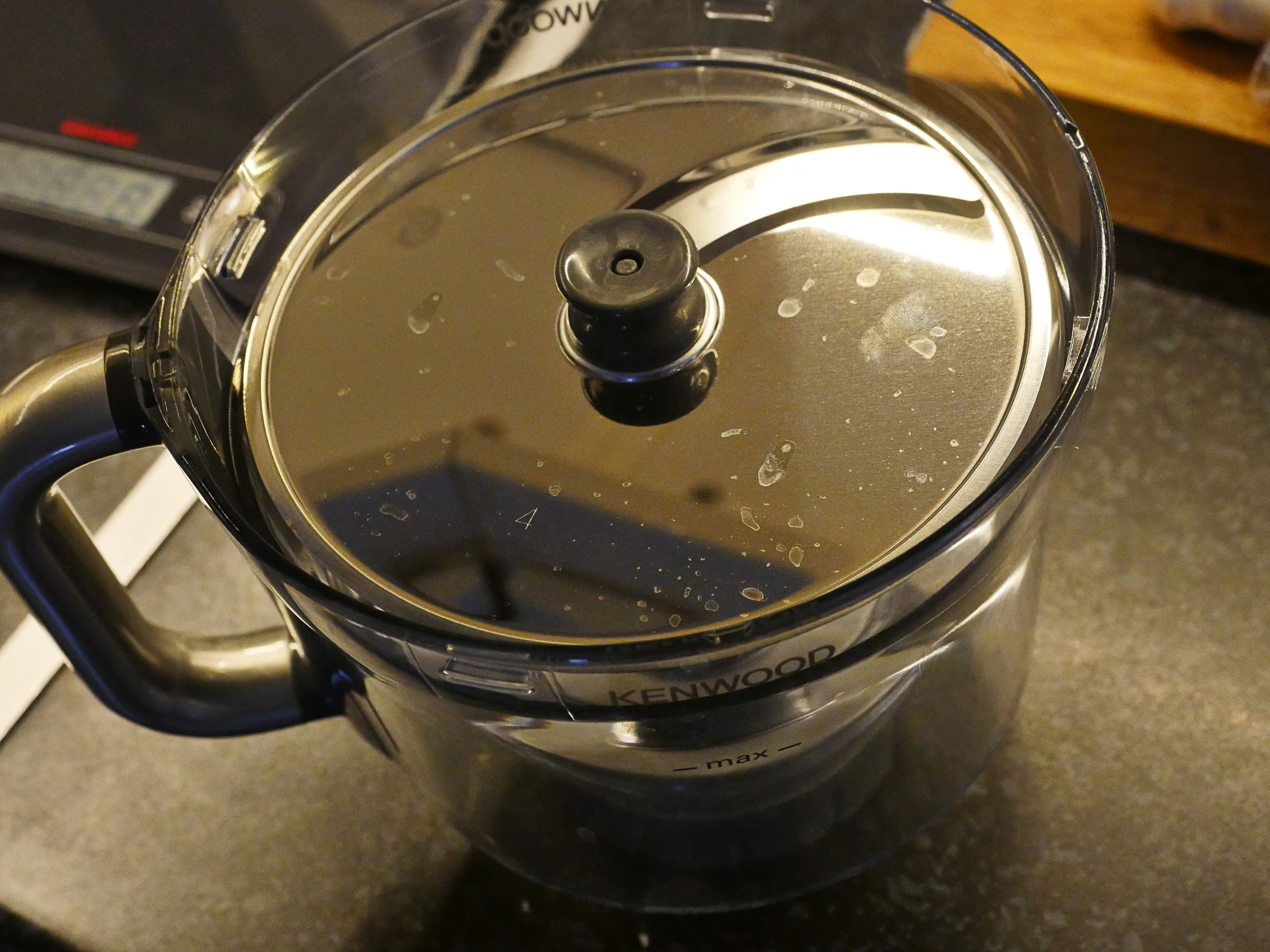 And I’m finally getting to use this Kenwood kitchen machine add-on that I’ve never used before: The slicer. 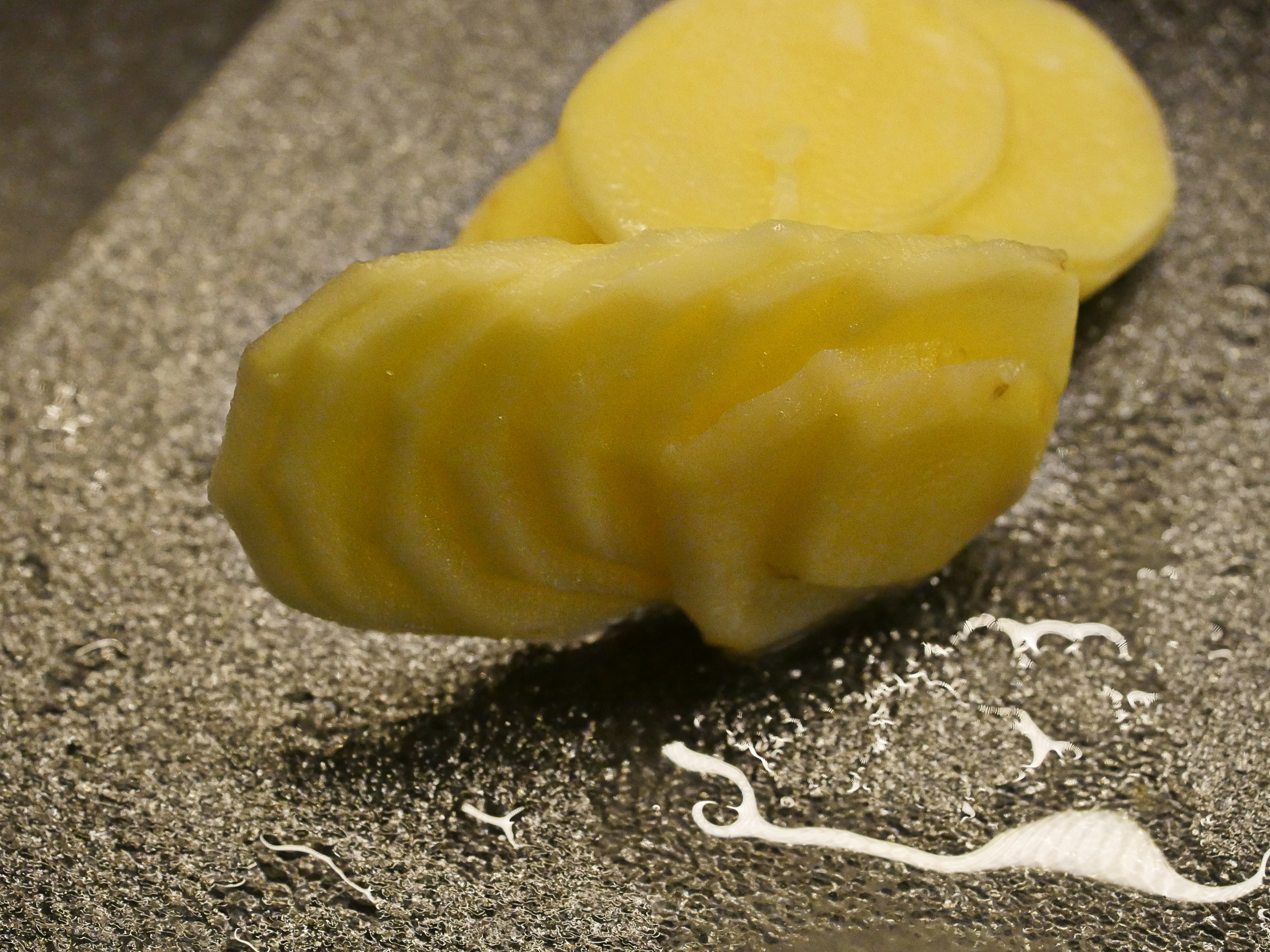 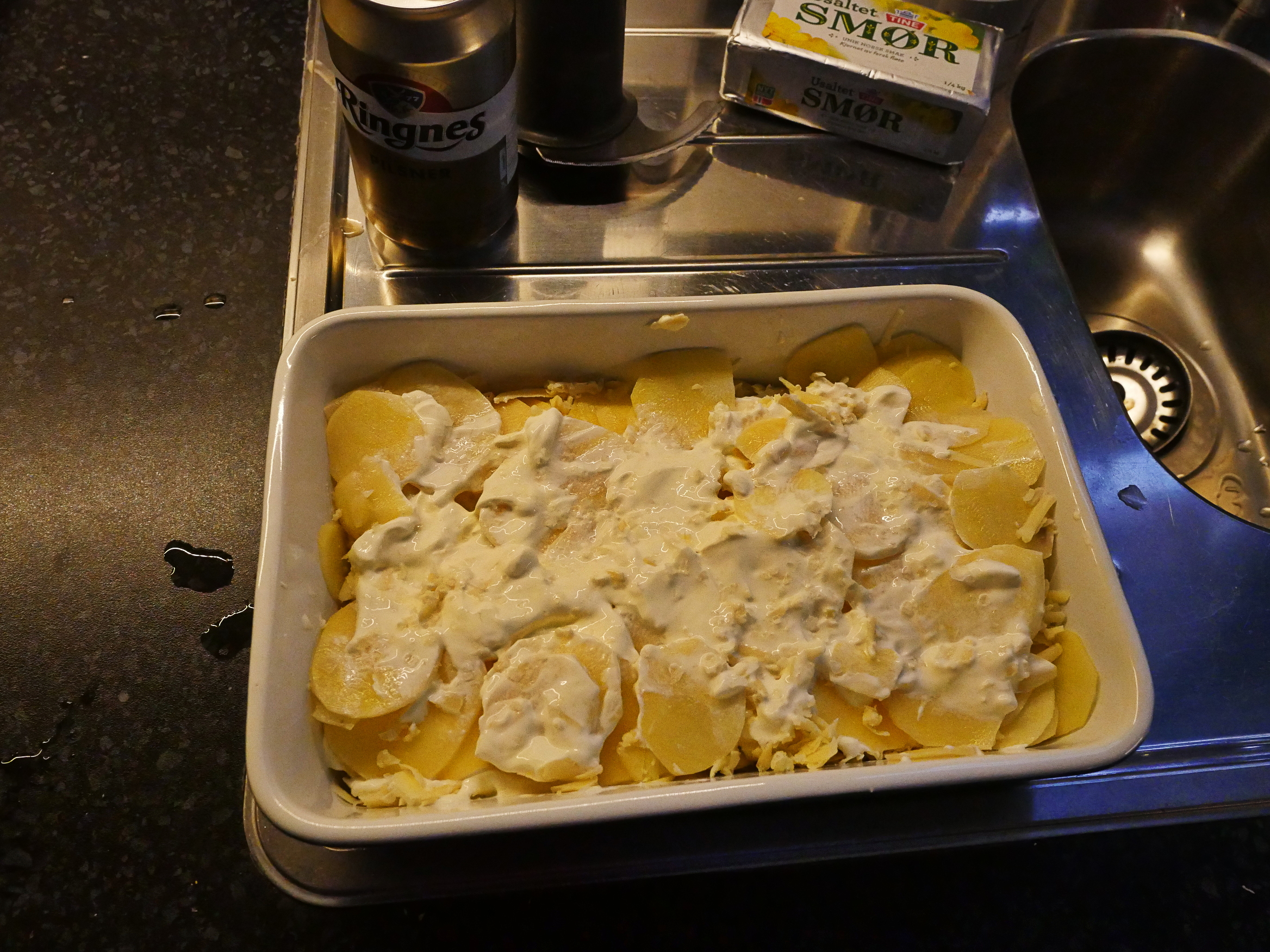 So that’s what it looks like after being covered with Gruyere and creme fraîche. That’s going to suck. 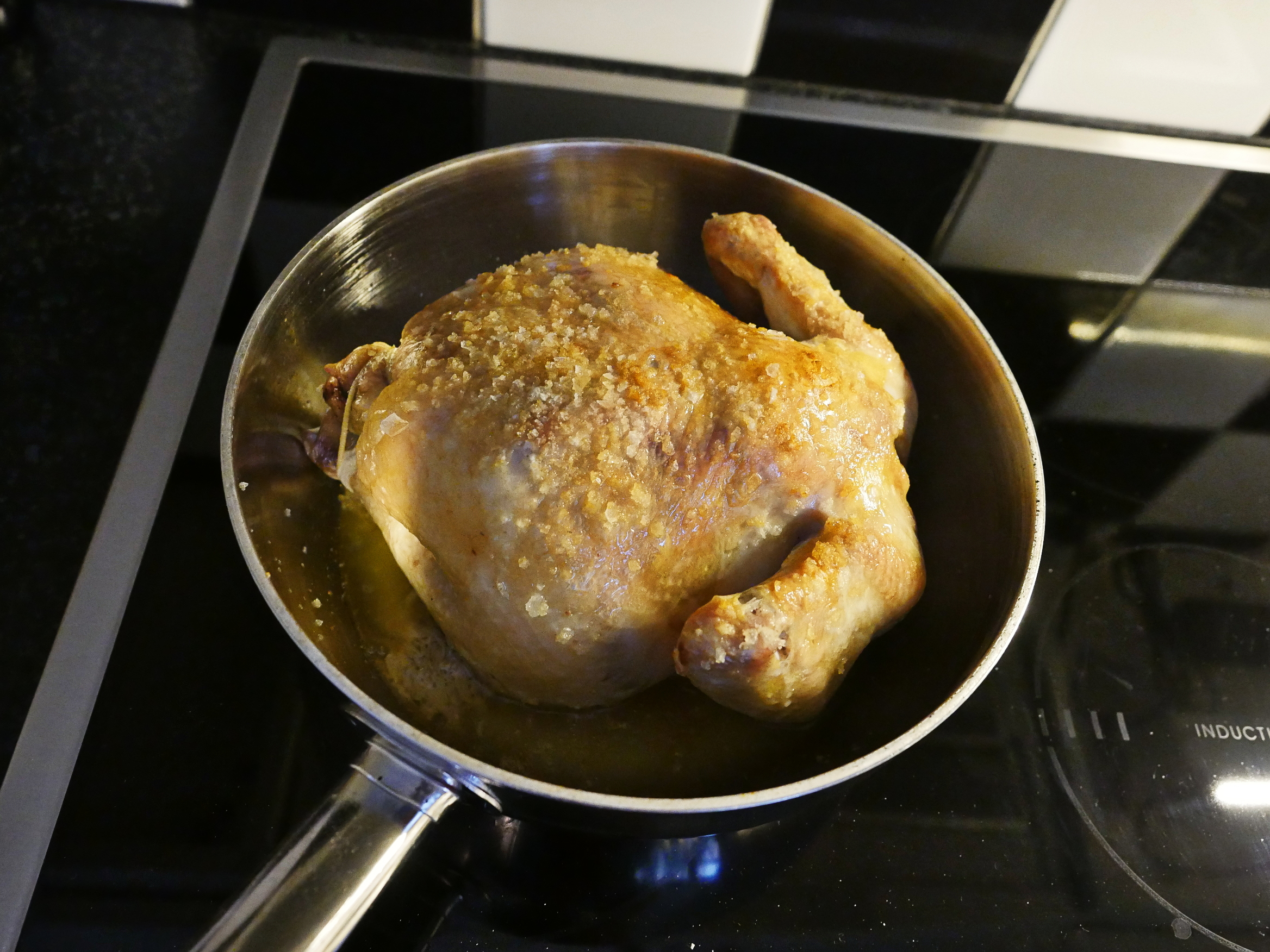 So every ten minutes, you take the chicken out of the oven and baste it (i.e., transfer the fat from the bottom of the pan onto the carcass). I’ve never done that before ever, and I’m like old, so it’s about time, right?

And I didn’t even burn myself seriously even once. 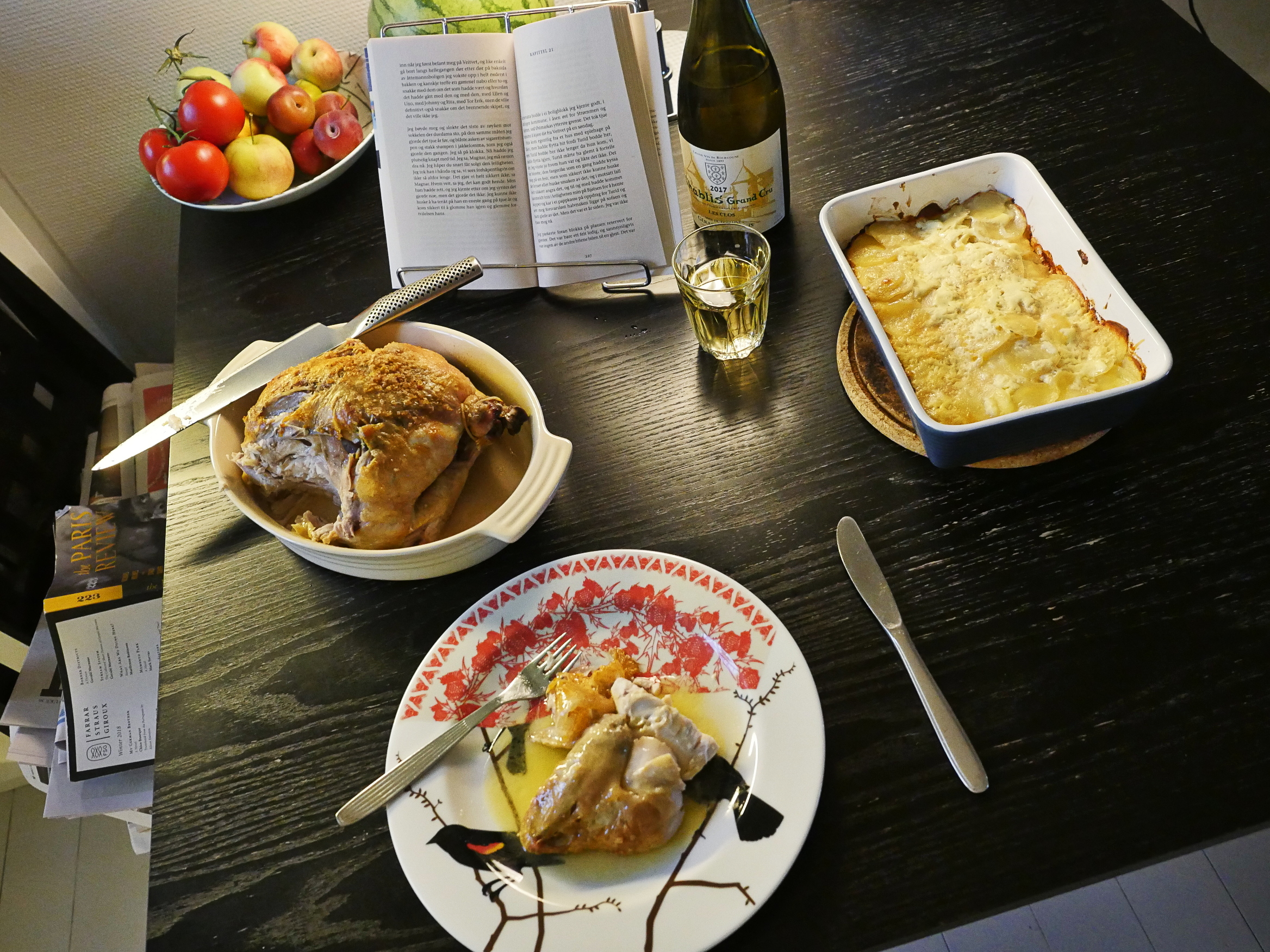 And then they’re both done! I didn’t get a proper sear on the potatoes, because I only have one oven and I had to cover the pan not to totally burn the potatoes to a crisp (because the chicken requires 220C and the potatoes are supposed to be done at 175C).

But I have to read something while eating! So we’re doing the books in reverse chronological order, and this is the latest book I’ve bought. It’s Per Petterson’s newest book, and I’m sure you’re all familiar with his Out Stealing Horses? Right. This one has as a blurb up there “the author’s best book since Out Stealing Horses”, which made me very, very sceptical indeed, since “the best since ” is something that’s said about all books that been published since and aren’t as good.

And besides, I thought the book he did after Out Stealing Horses (the one about his mother) was better then that book, so… 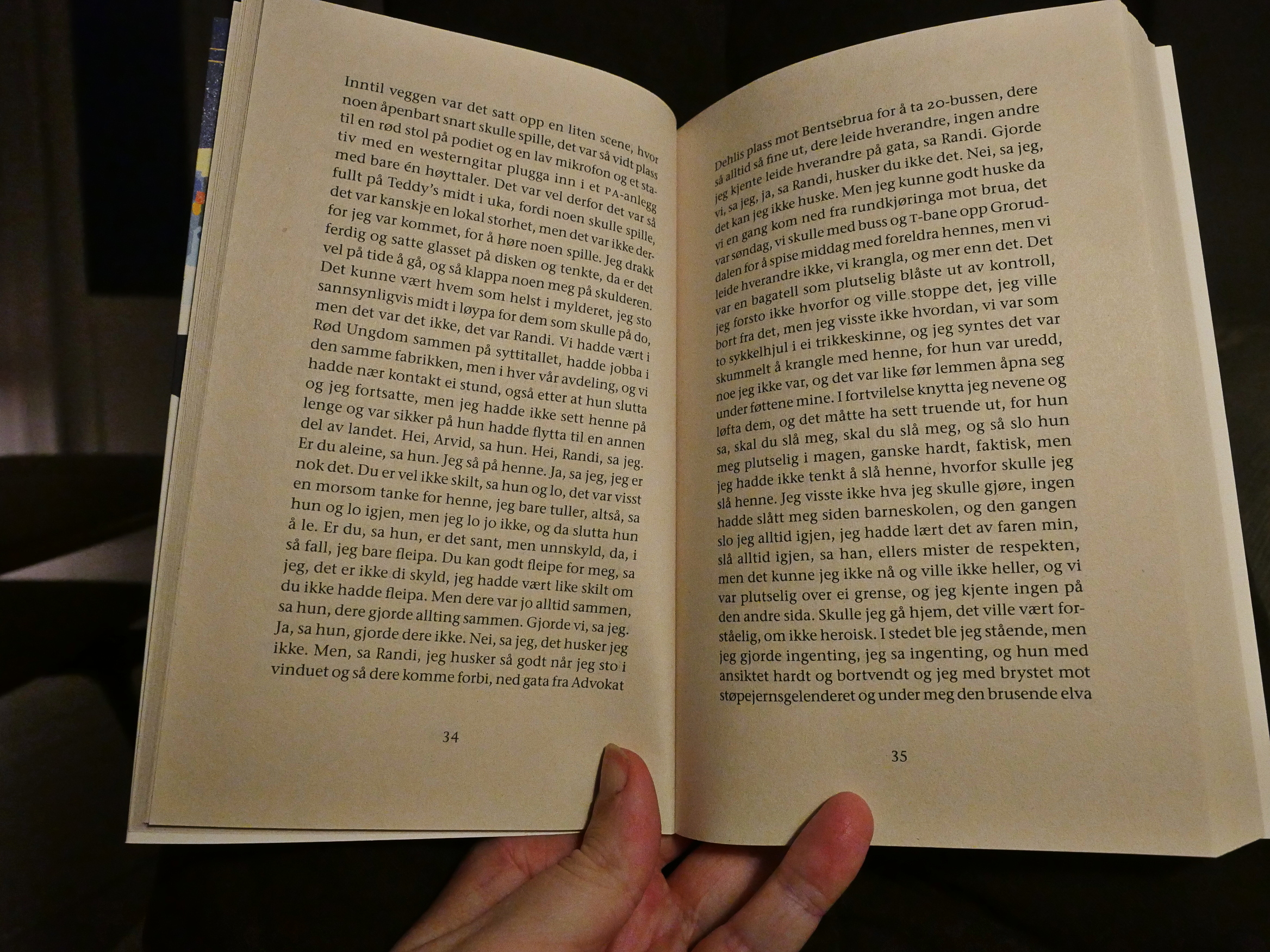 But Menn i min situasjon (which means, er, Men In My Situation, I guess) is really good. I mean, he writes as well as ever on a sentence by sentence basis, and it’s kinda riveting at points, but whenever I put the book down (which didn’t happen a lot), I found that I wasn’t… really… that interested in what was going on in the book. I guess it’s really the subject matter, which has been covered in so many many books before (it’s about a divorce and stuff). All of Petterson’s other books have been more… interesting?

Which I guess explains the superlatives all the critics have heaped on this book. It’s an Officially Serious Subject, and you know.

But it’s a good read! It’s fine! There’s so many superbly described little scenes, and the mix of things that seem super-real and slightly not as real is intriguing, and the way he points out that the text is a mixture of those things.

So how was it with the food, and how was the food? Despite not being about food at all, it’s a kinda roasted chicken book, so that’s fine.

The skin on the chicken was the tastiest I’ve ever tasted in my entire life, and I ended up eating all of the skin. It was totally crispy and incredibly tasty.

The rest of the chicken was… it was OK. It could have used more like herbs and stuff perhaps?

The potatoes were super-duper yucky, which I take to mean that I completely nailed the recipe.

This blog post is part of the Bistro Cooking & Books series.