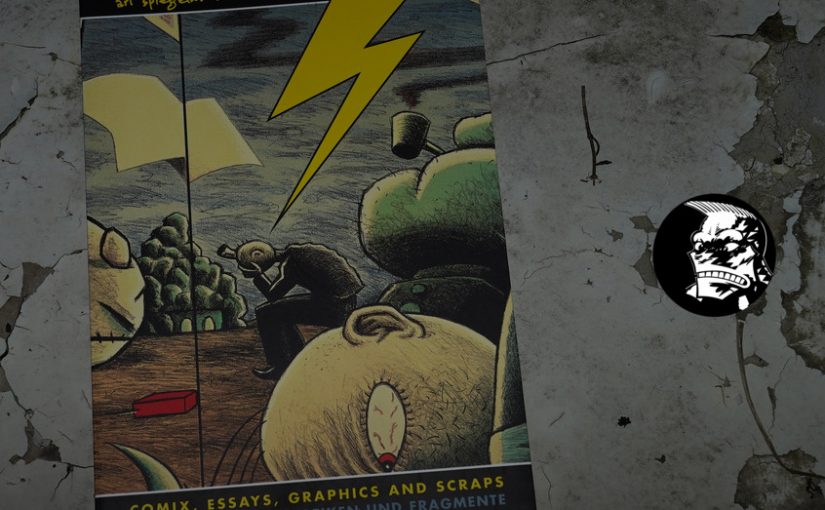 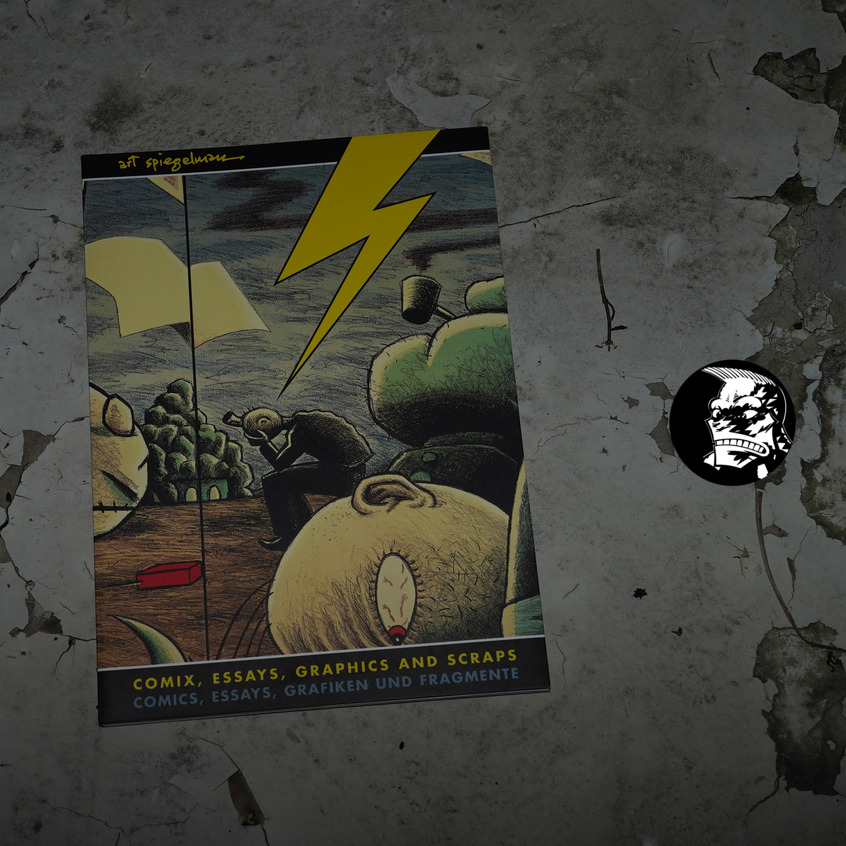 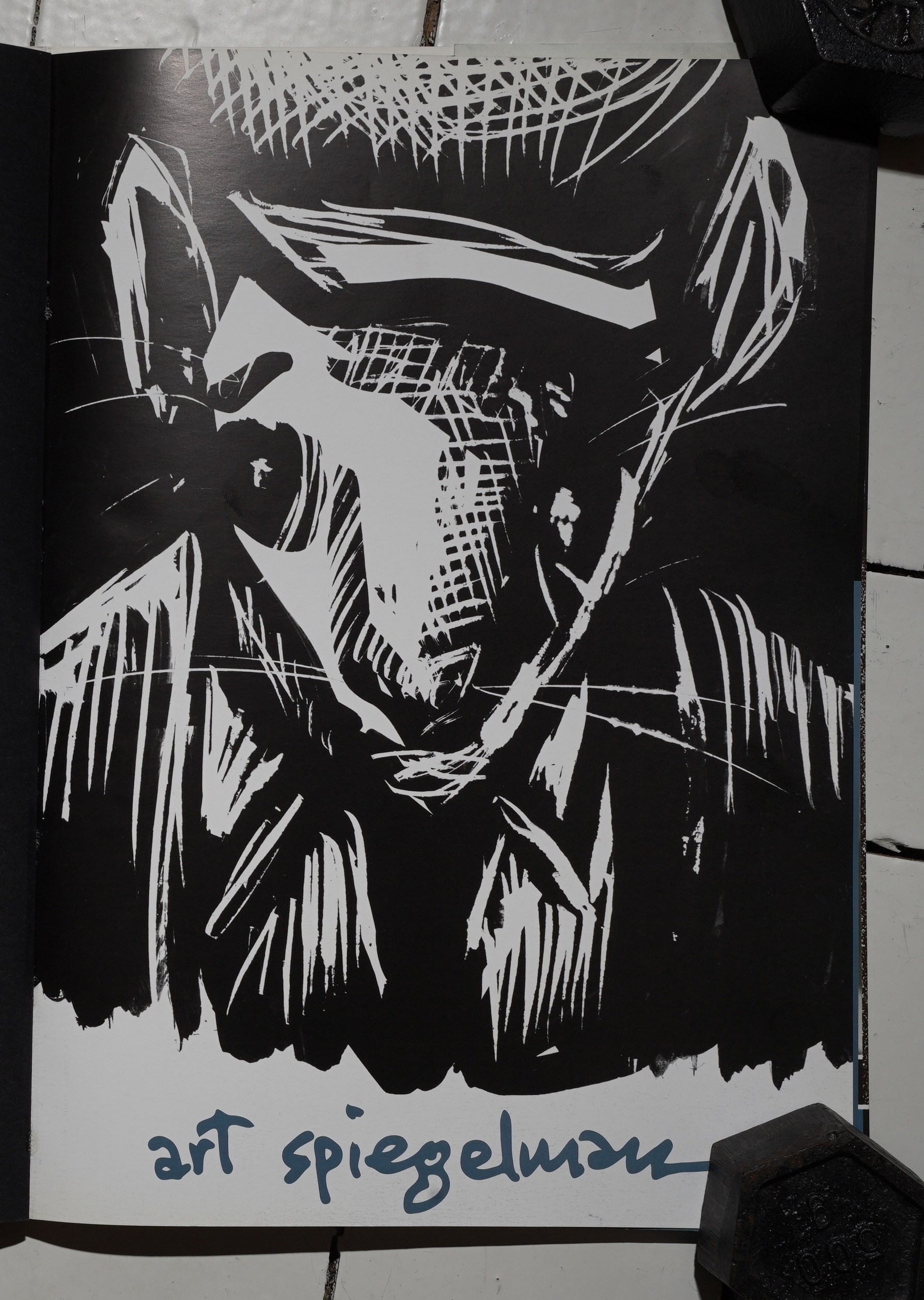 This is a very handsome softcover exhibition catalogue to accompany La Centrale dell’Arte’s travelling Spiegelman exhibition in 1999. (It was designed by Mouly and Spiegelman.) 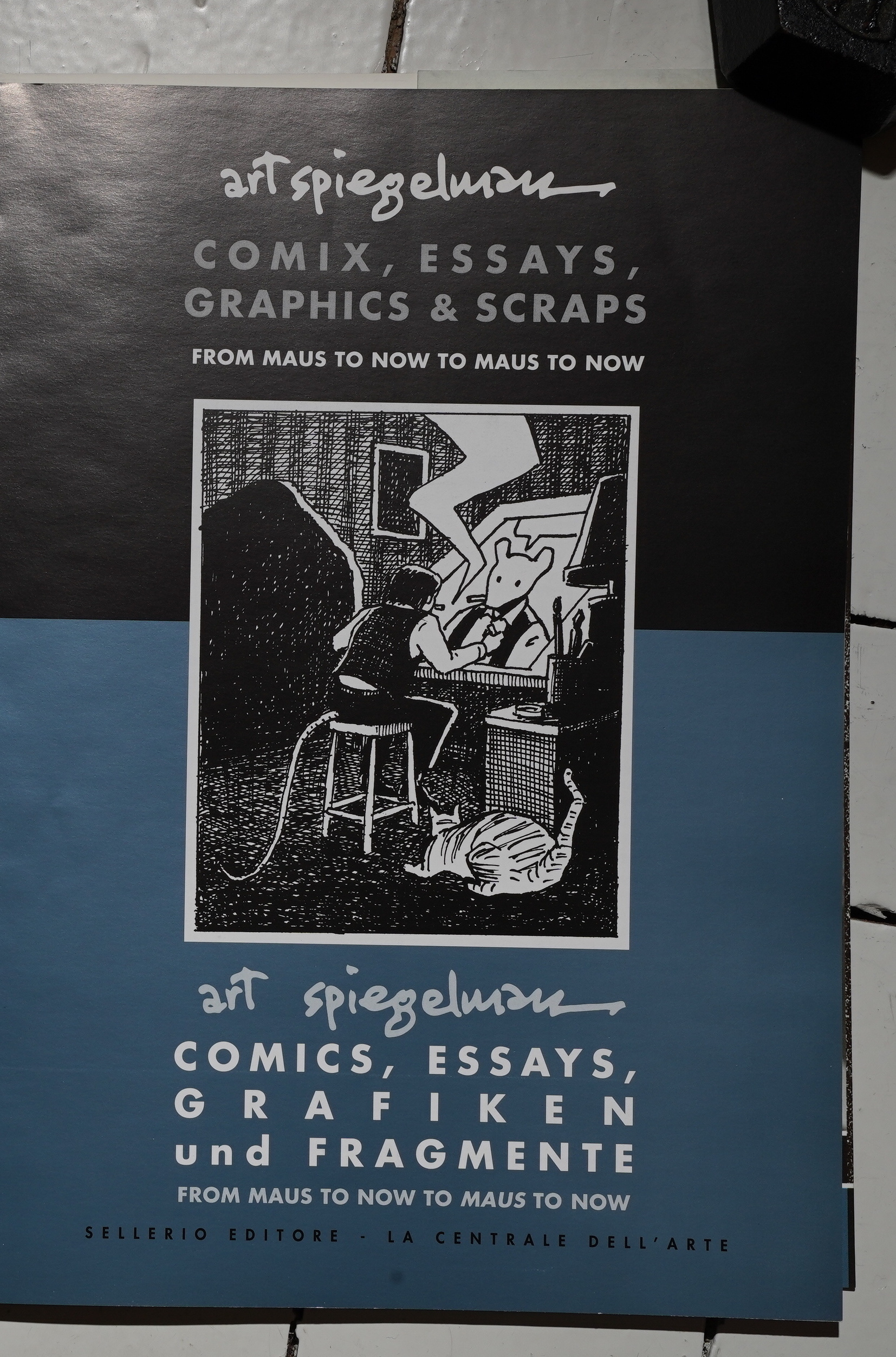 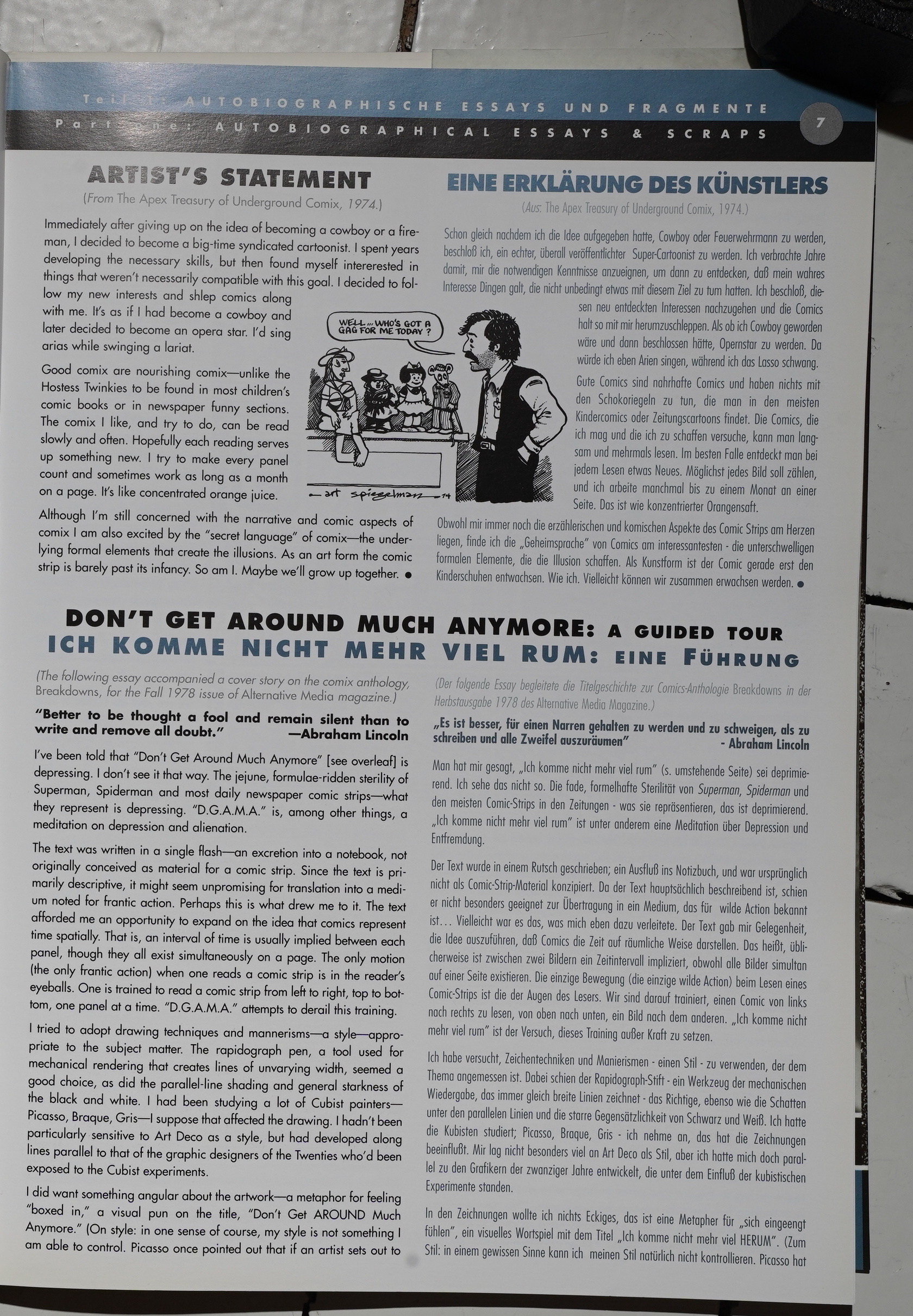 It is what it says on the tin: It’s a collection of essays and bits and bobs. All the essays are printed both in English and in German. 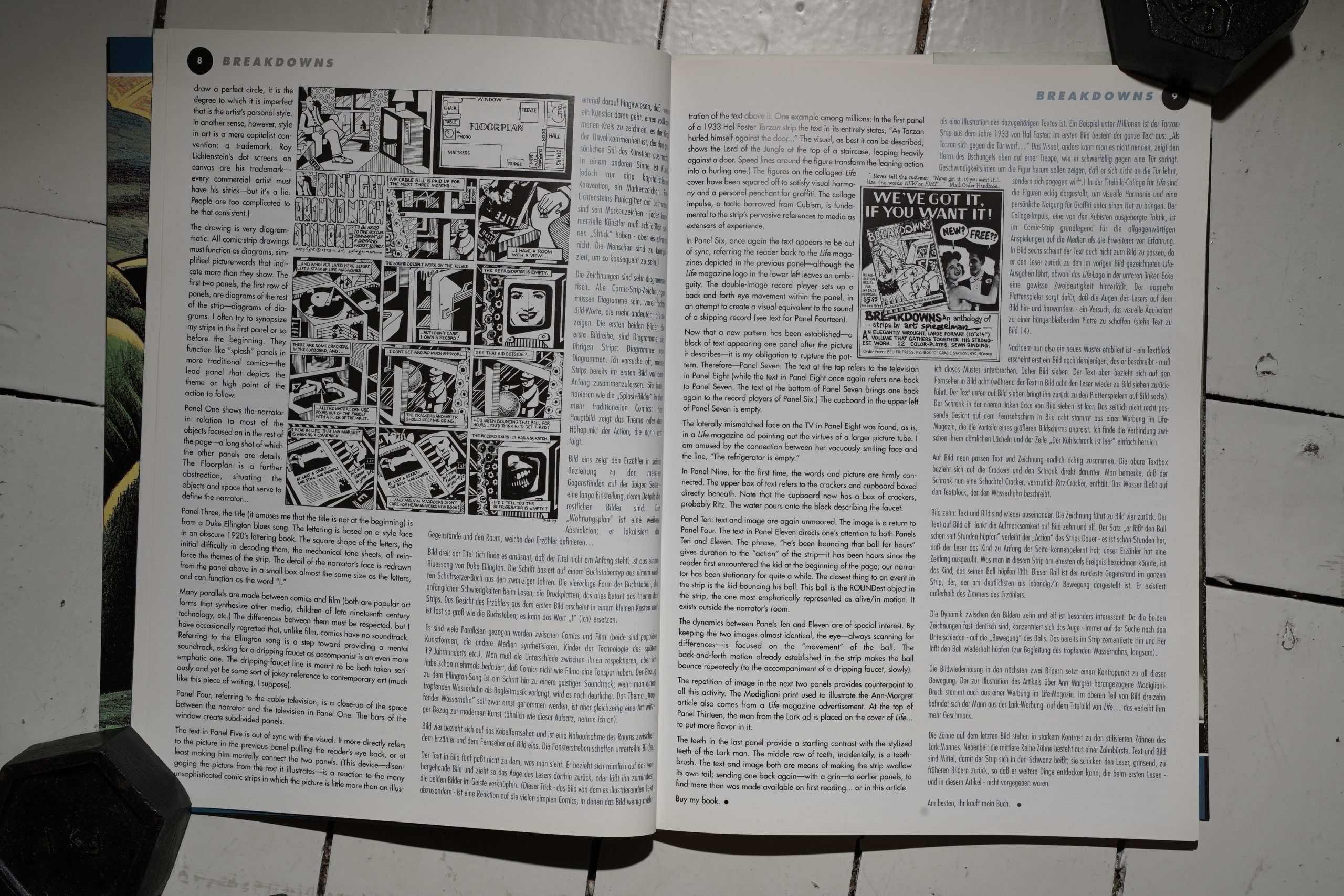 Some of the stuff is pretty fascinating, like this three-page exegesis on his one-page Don’t Get Around Much Anymore. 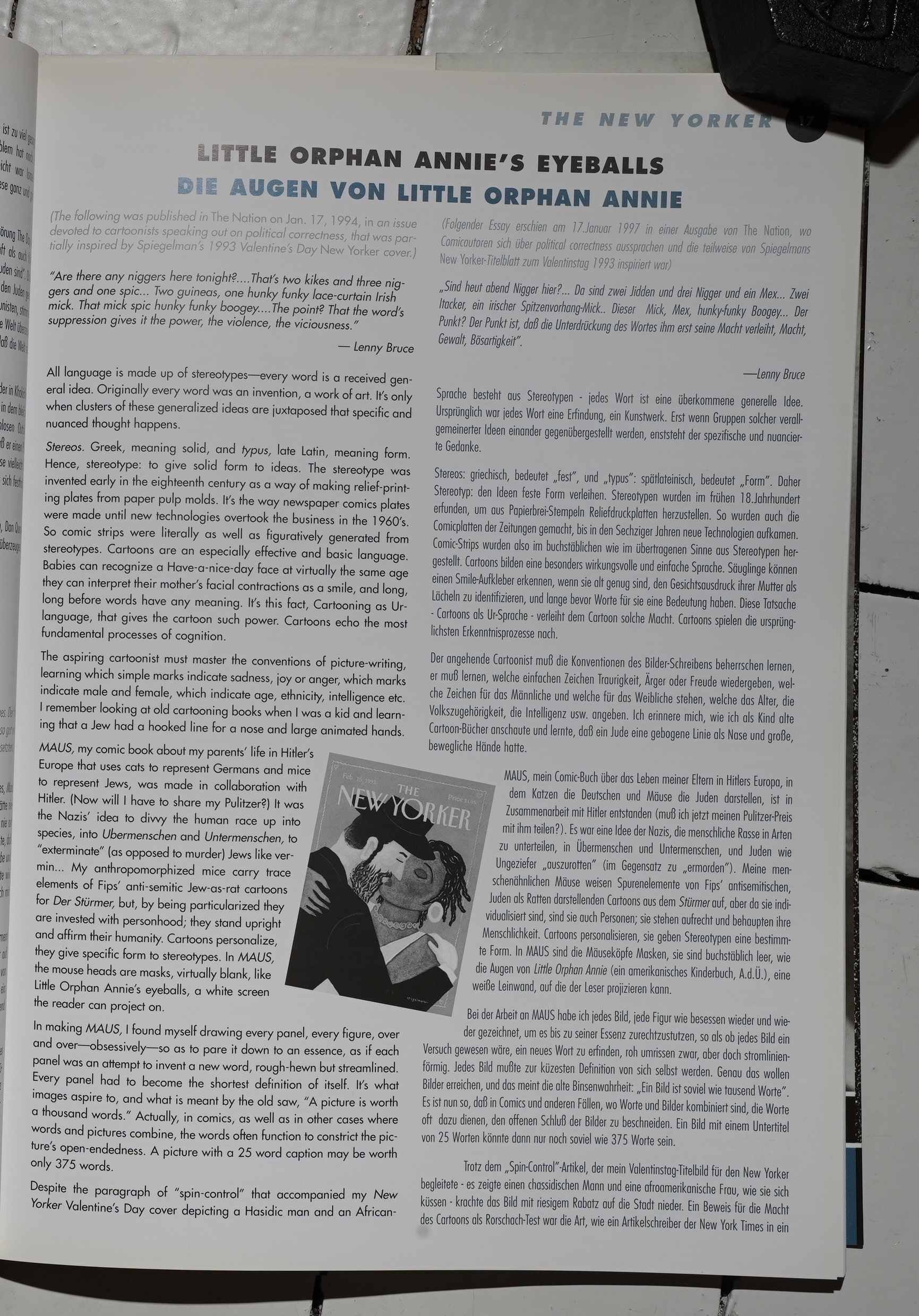 Other stuff is less fascinating, but that’s fine. 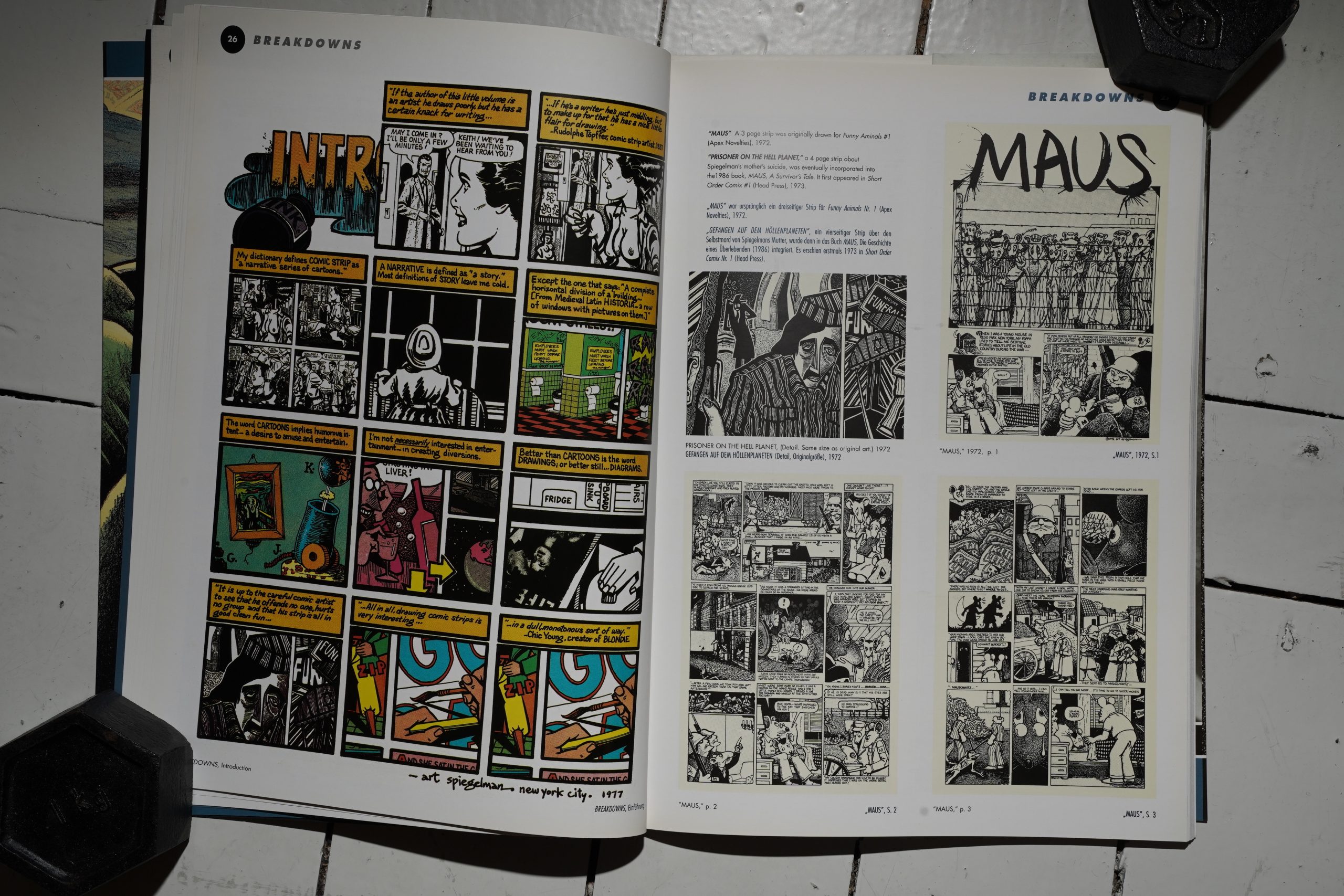 The main bulk of the book, though, consists of reproductions of various comics and illustrations and stuff… 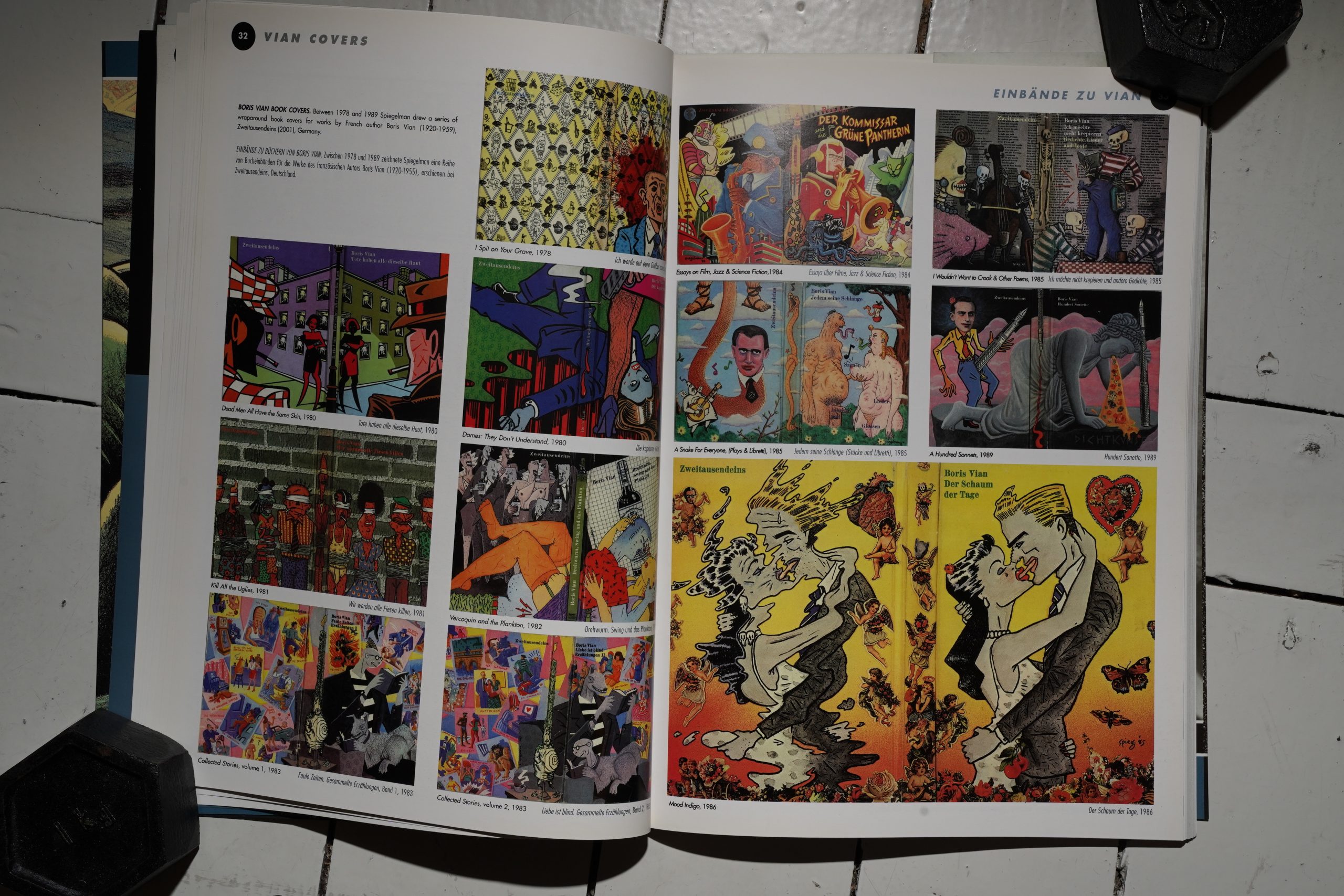 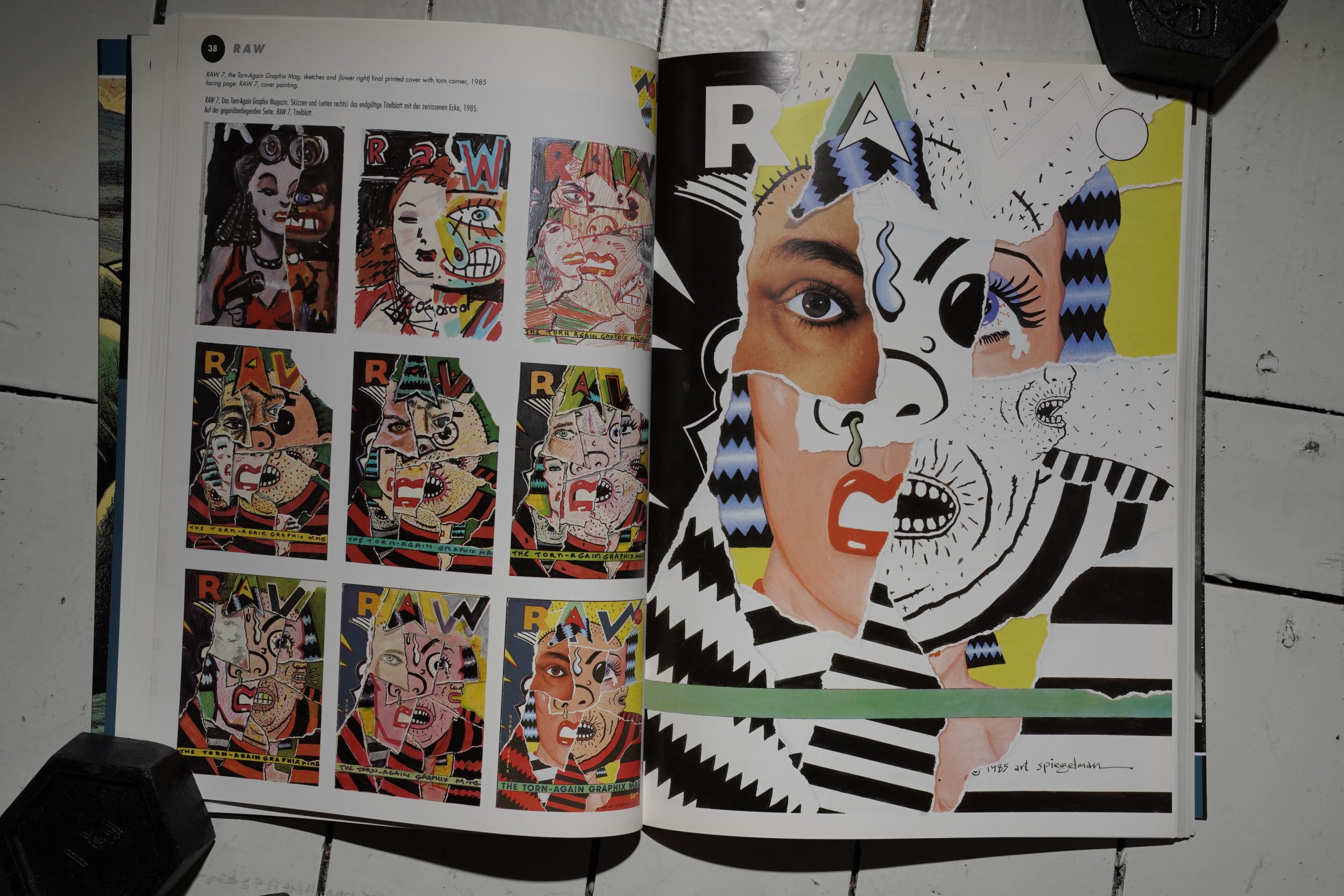 And studies for work that’s very familiar, which I think is pretty neat to get to see. 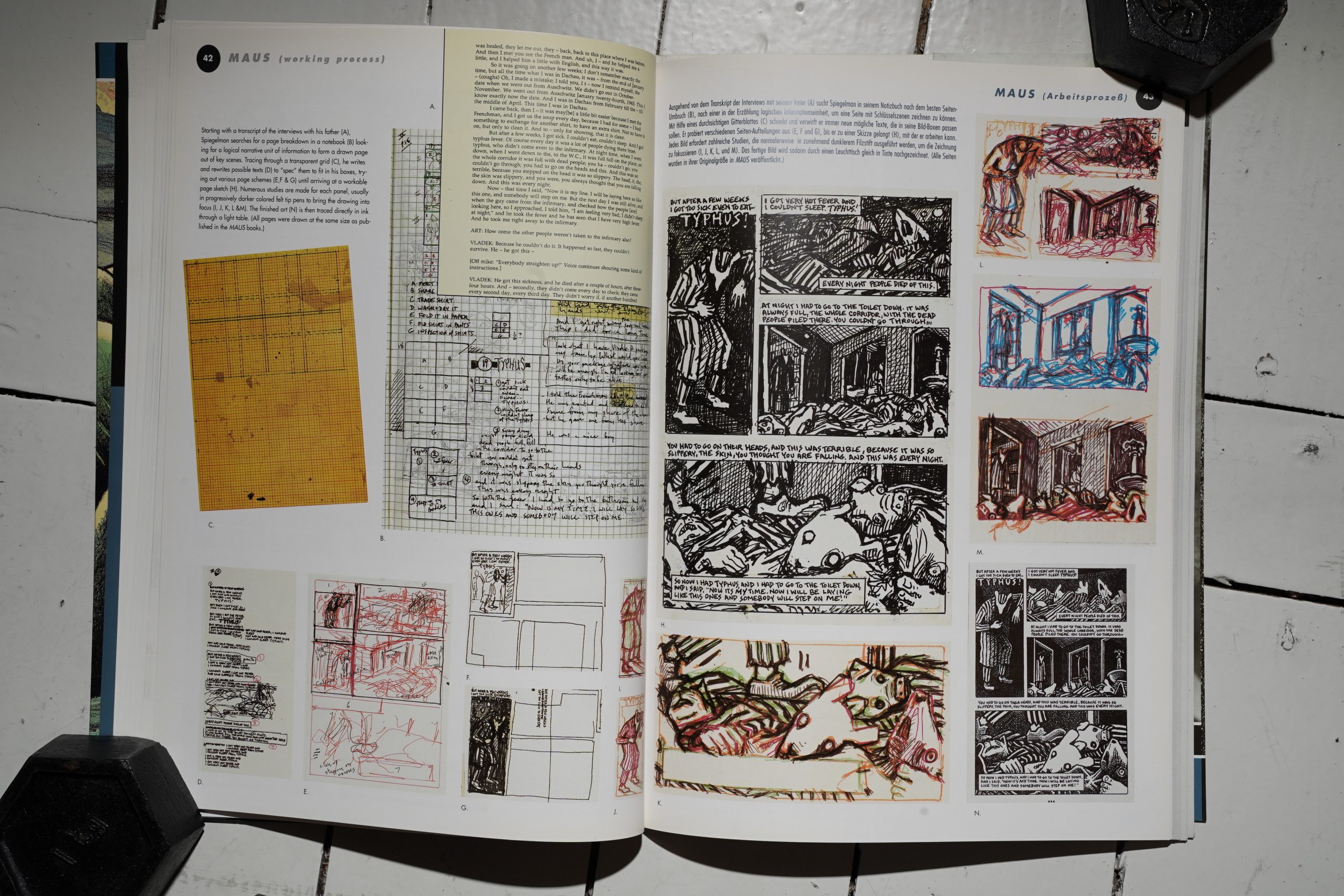 Maus gets a lot of space, of course, but not to the exclusion of everything else. 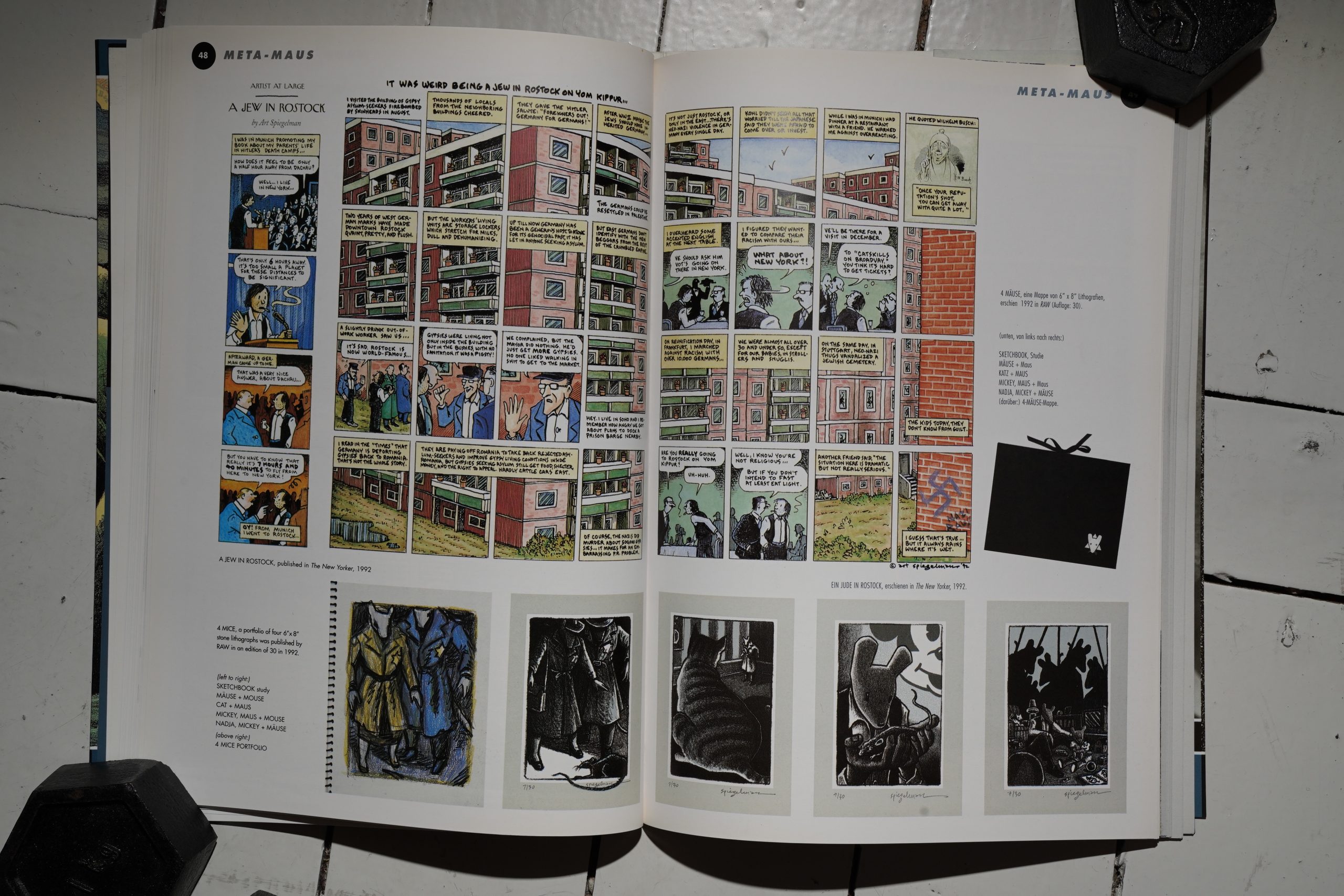 And there’s a bunch of comics here (done for various magazines) that I haven’t read before. 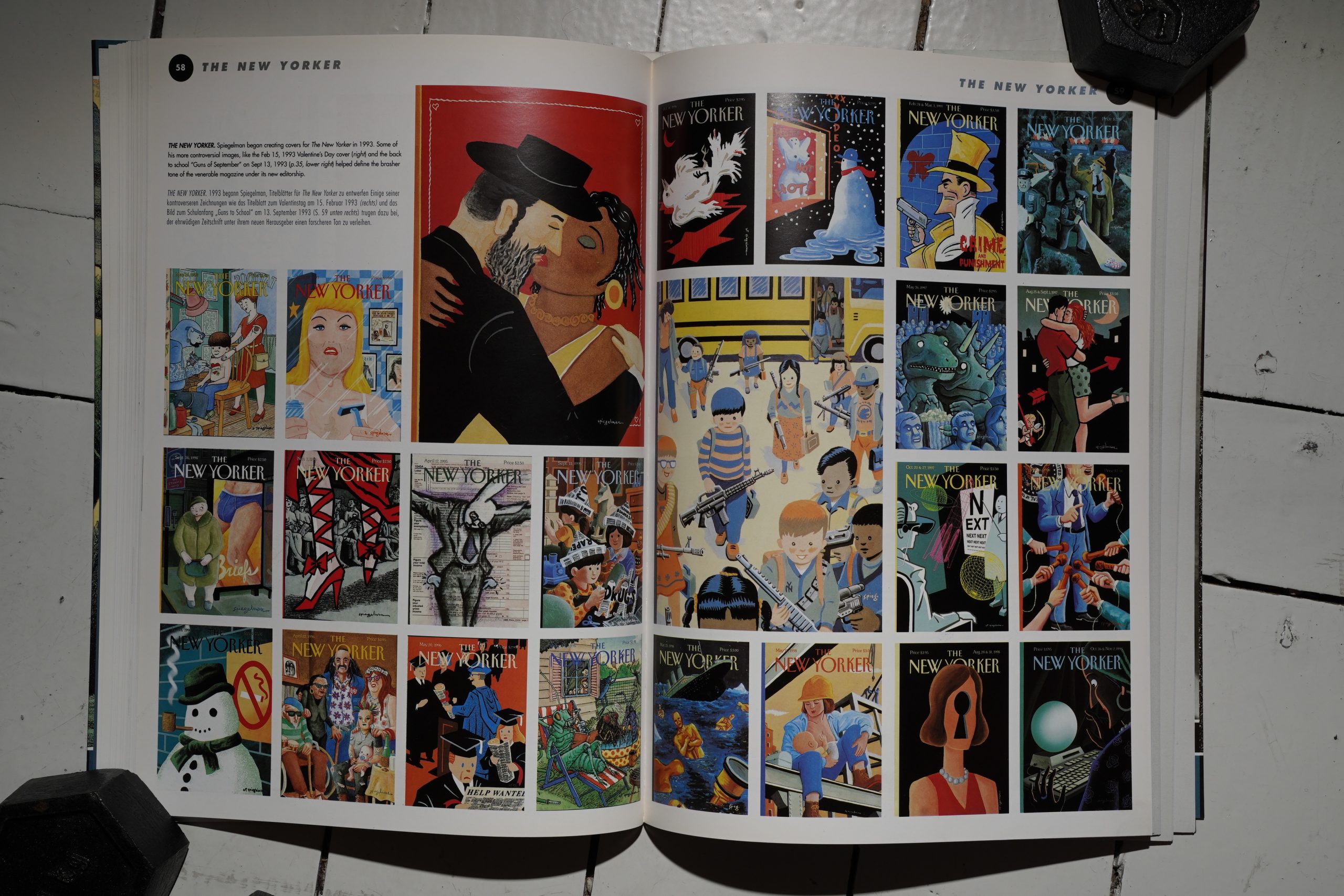 And, of course, his New Yorker covers.

And you can’t have a Raw-related book without some kind of printing flourish. 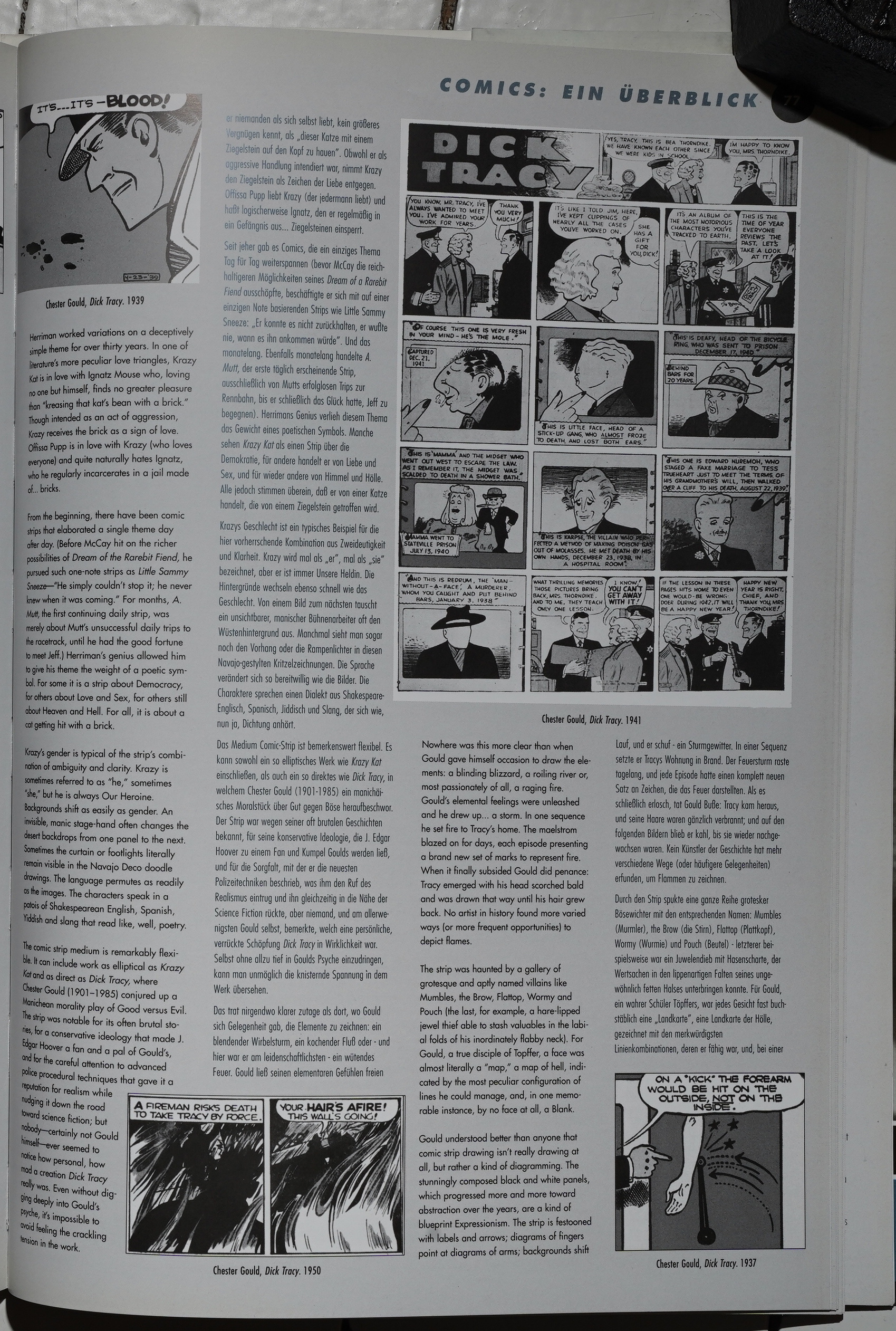 We also get some of his curricula. 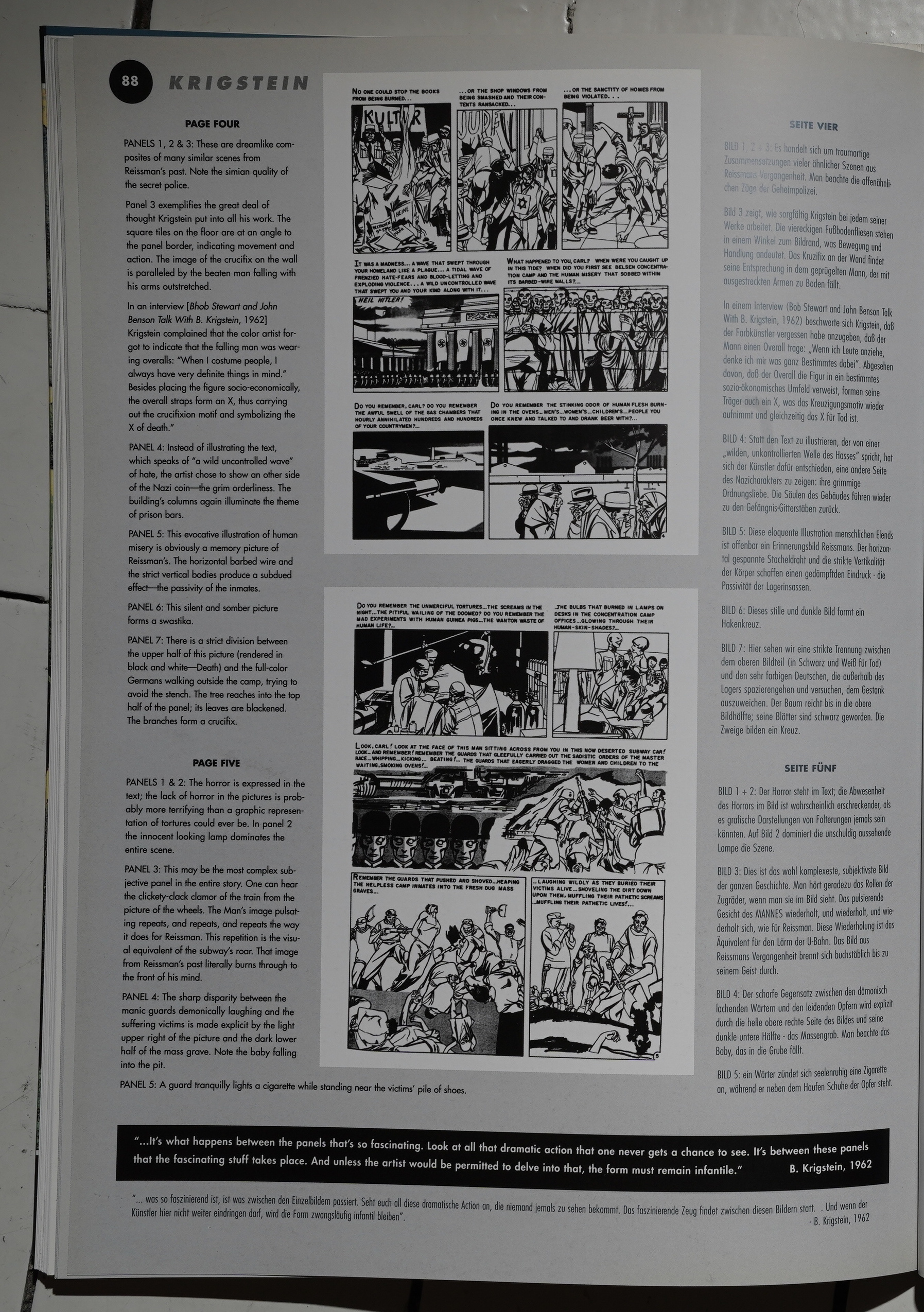 And an early (late-60s) dissection of a Bernie Kriegstein piece.

As catalogues for art shows go, this is pretty spiffy. It’s thoughtfully put together, and very readable.

One thing I’m curious about though — when looking this up to see if it was still in print, I discovered that it wasn’t (though relatively easy to find used copies of) — but the upcoming book Co-Mix sounds like it might be a reprinting of this book with a different cover and title. Once Co-Mix comes out, I’ll take a look at it to compare — but if these two books are the same, that’s a very good thing. This work deserves to be in print. Art Spiegelman is a fascinating author when he talks about comix theory — and I don’t know if he gets credit for that. This book definitely fixes that. If you’re a cartoonist, or just interested in cartooning, you really need this book. Spiegelman’s work shows you how to do good comix, and how to think about and read comix.