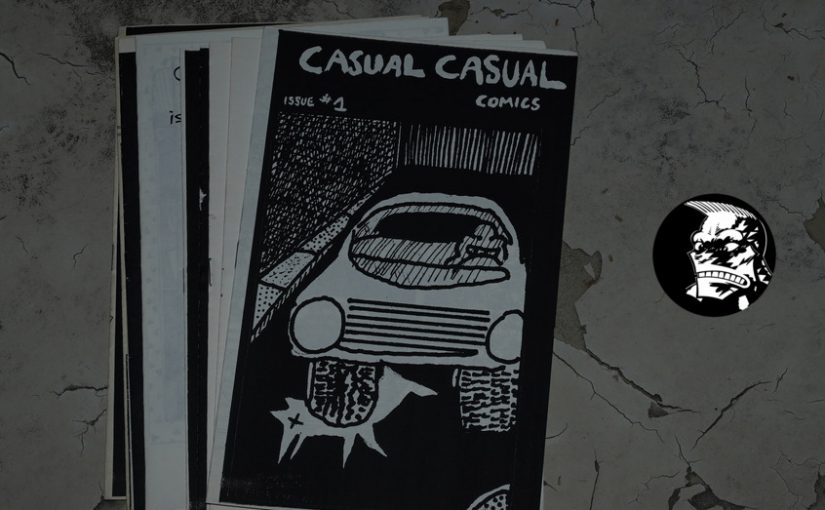 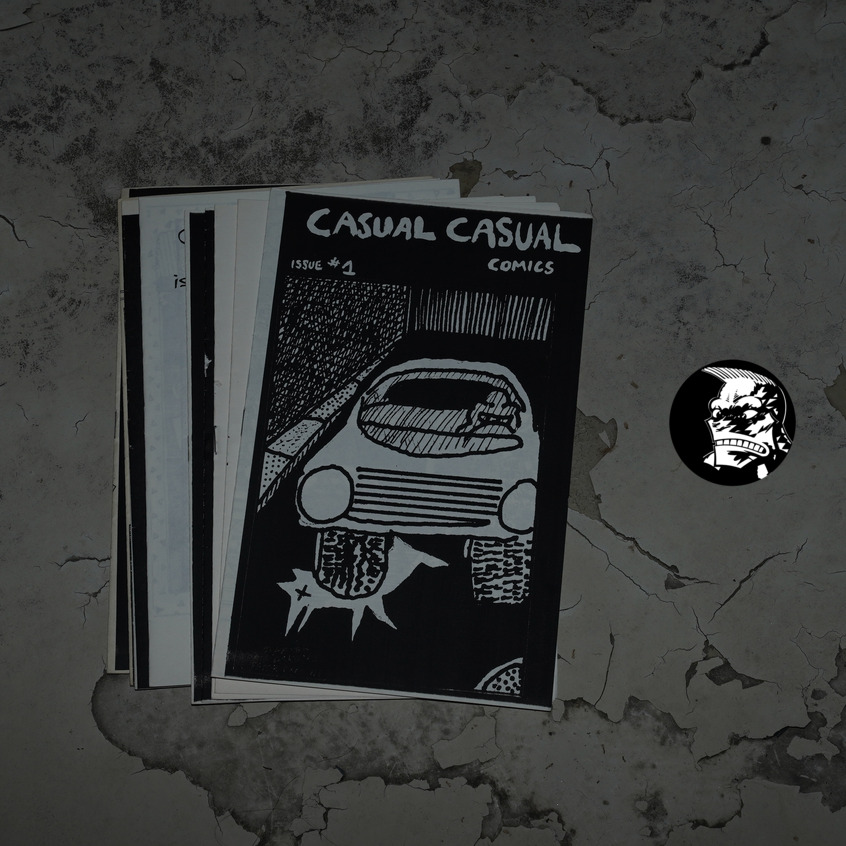 Casual Casual turned into an anthology later (covered earlier in this blog series), but I stumbled across somebody selling the original mini-comics cheaply on ebay, so let’s have a quick look at them. 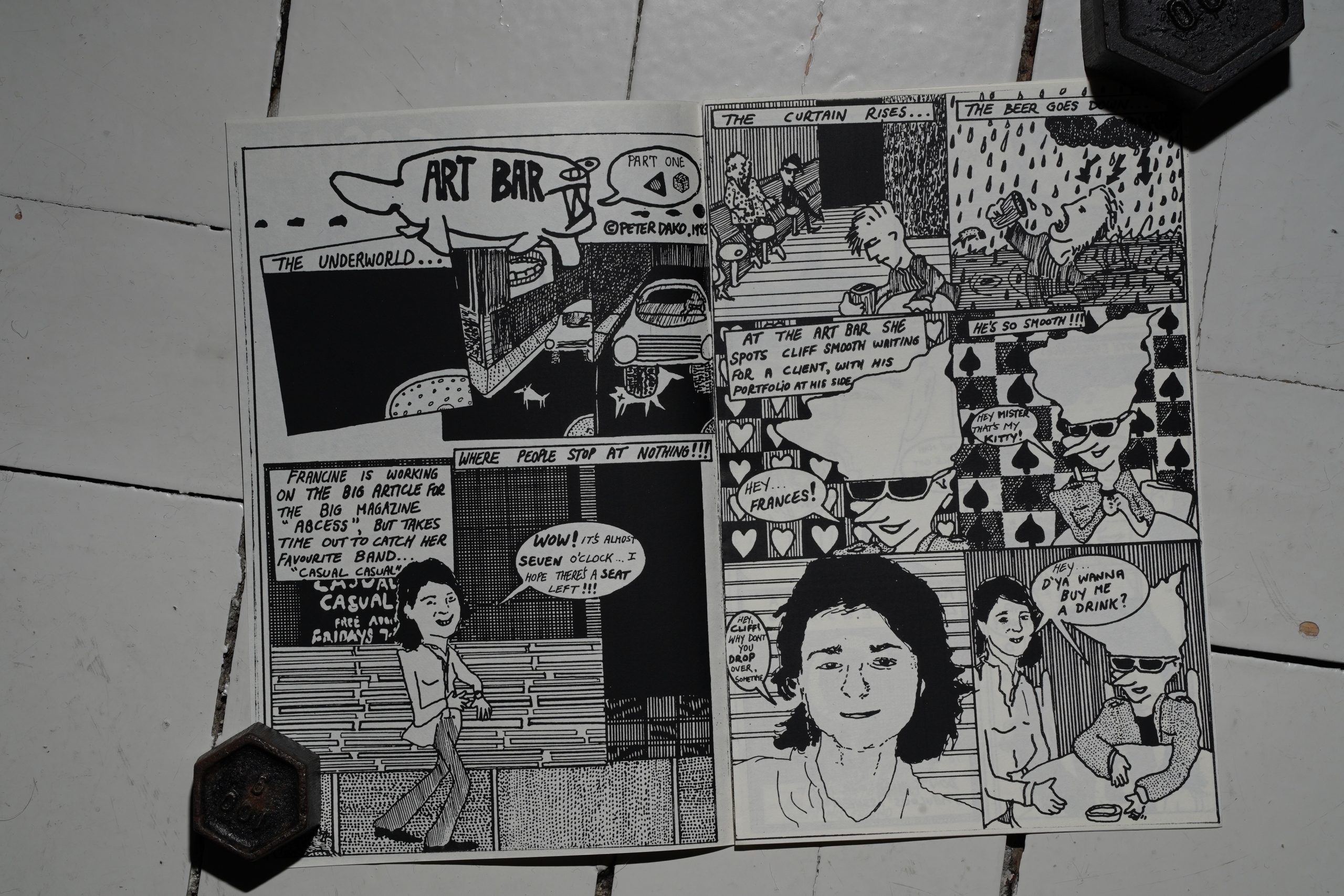 This starts out as an eight page comic (i.e., two sheets folded in half), and then becomes a three sheet book. The first half dozen issues were published weekly, which is pretty impressive… I mean, if he drew them in that time, too. 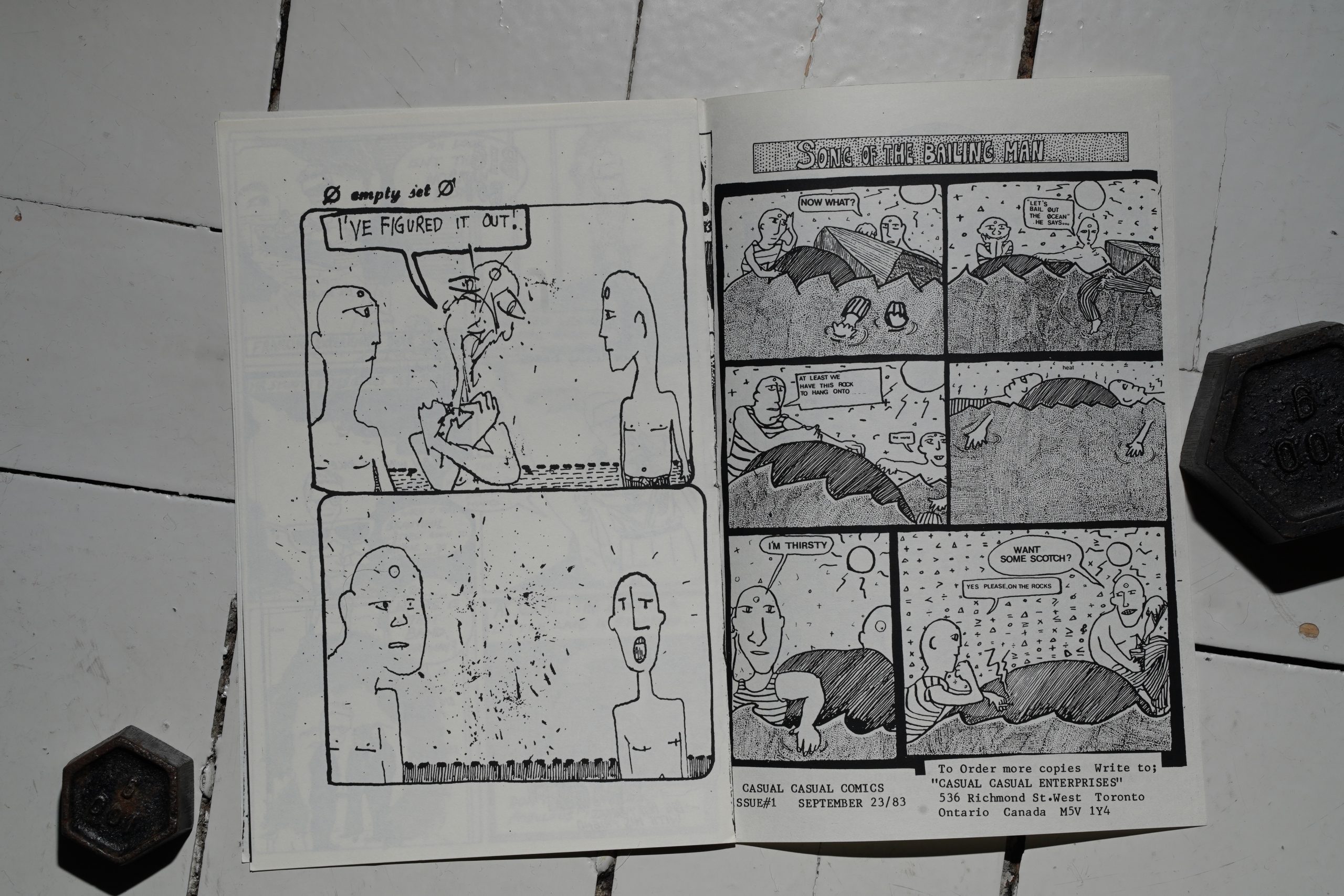 Which I guess he could have. 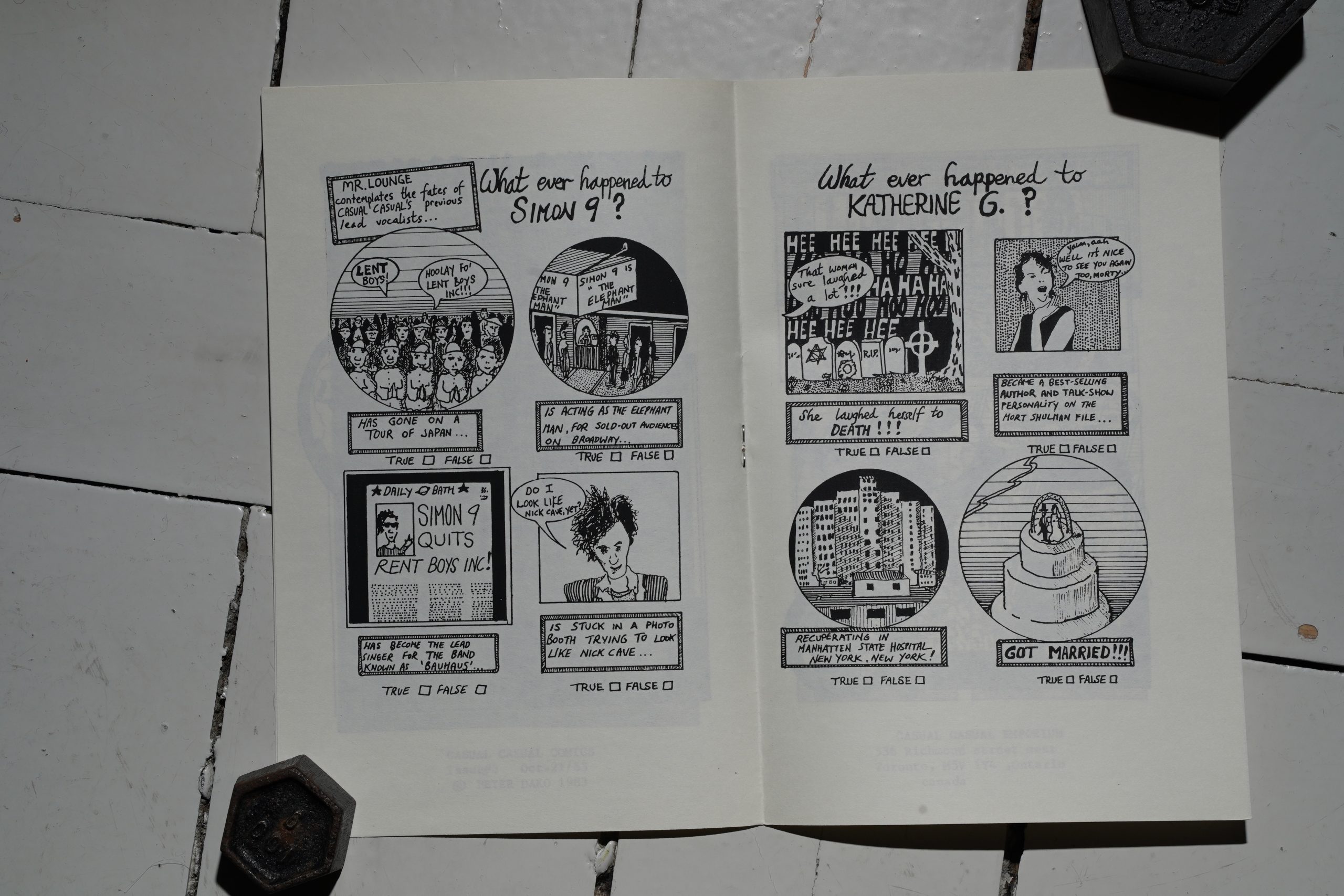 The first few issues are about the Casual Casual band — here we have an overview of members who have left the band. 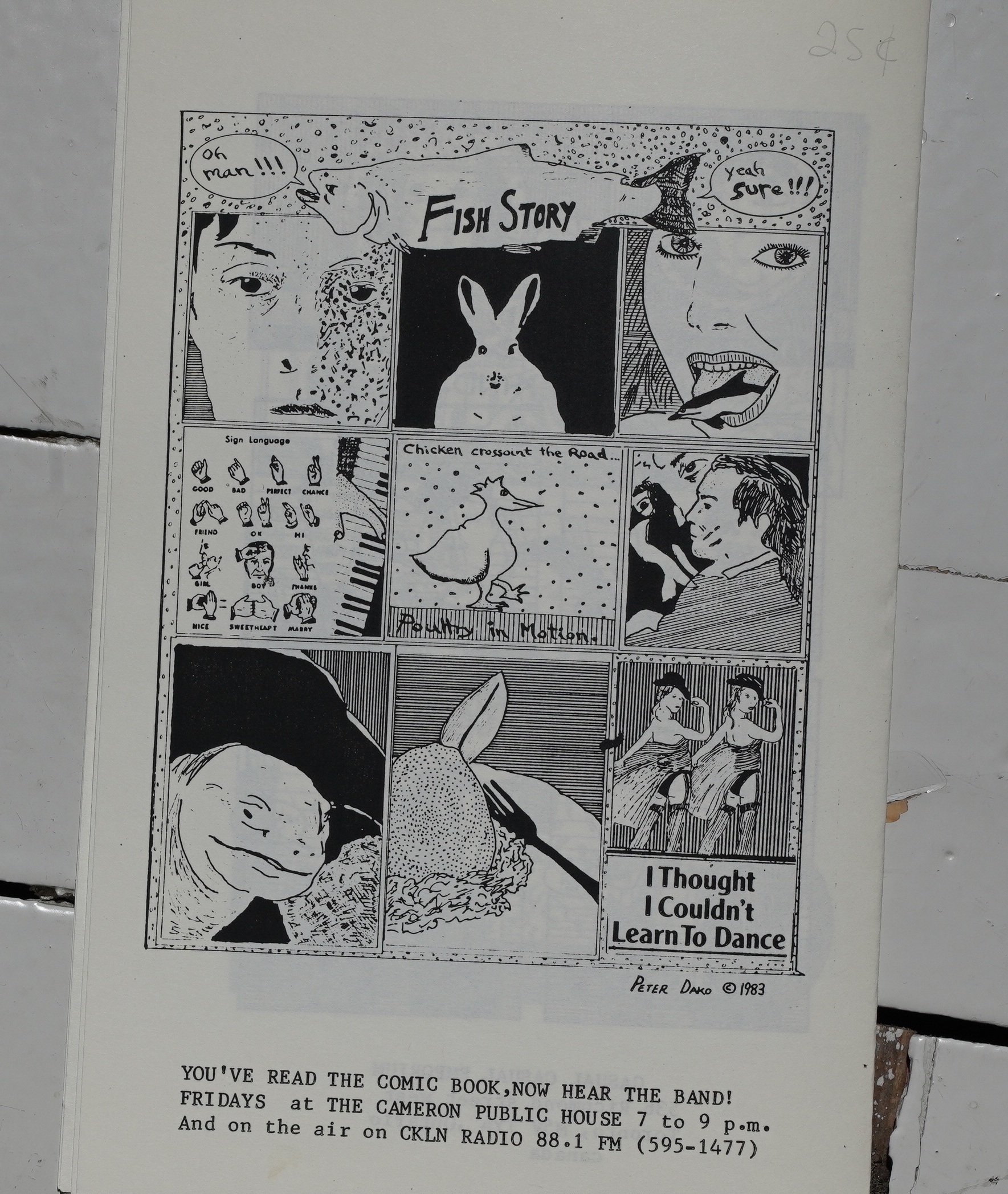 And they apparently had a weekly gig? Perhaps Dako sold these comics at the gigs? Makes the weekly schedule more urgent. 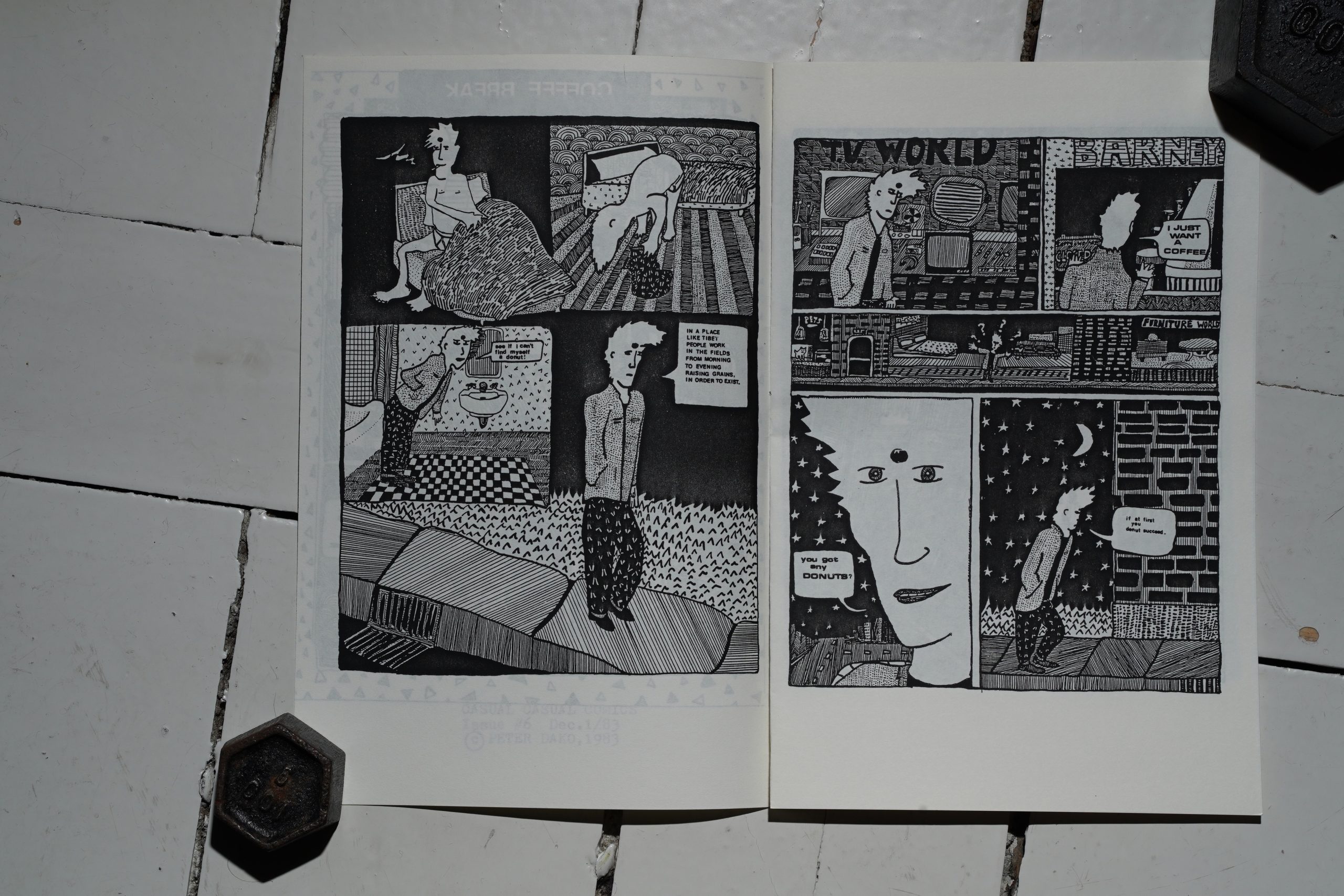 But the subject matter starts deviating, and soon the book isn’t about the band at all. 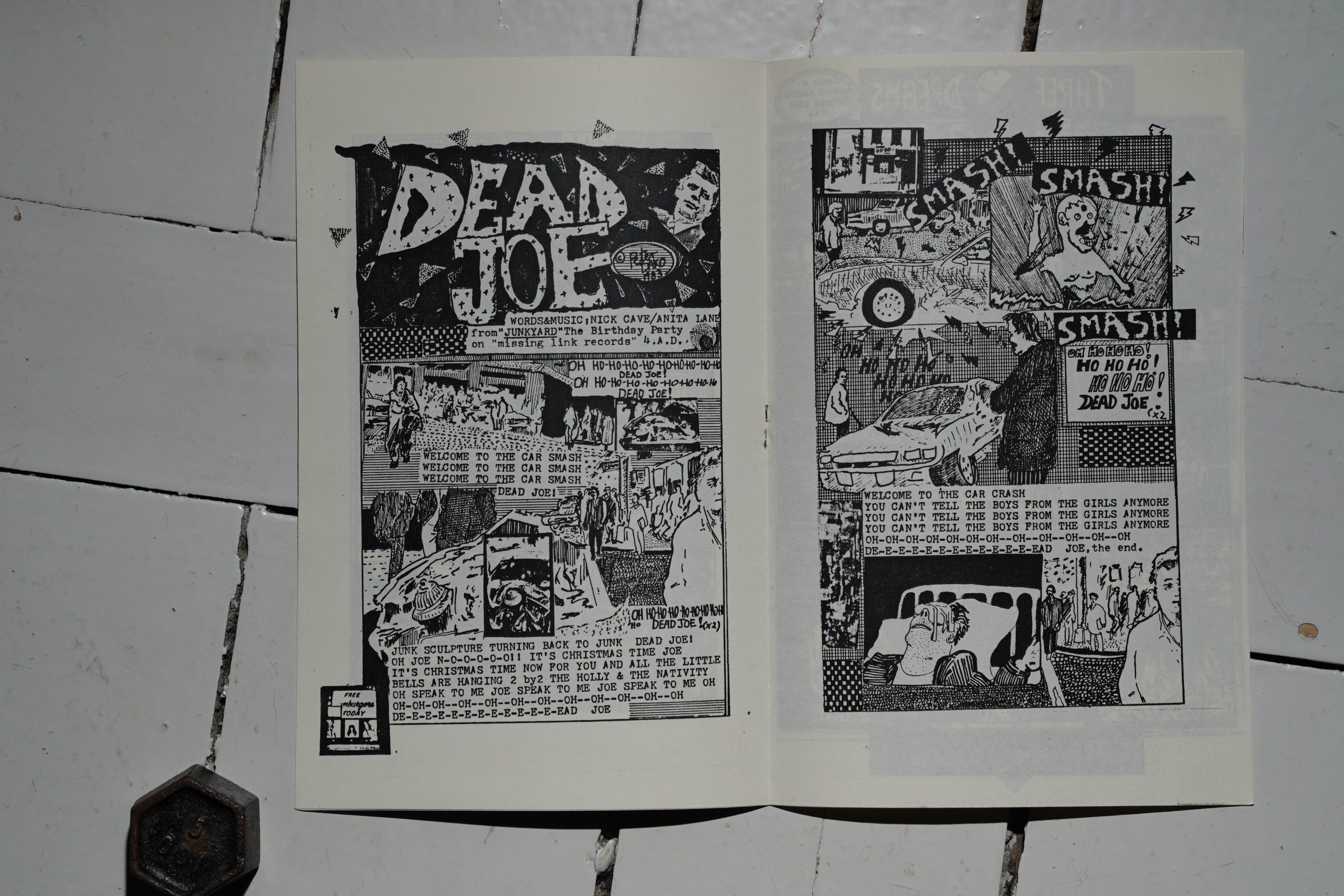 And here’s an illustrated version of Dead Joe.

(The Birthday Party for reference.) 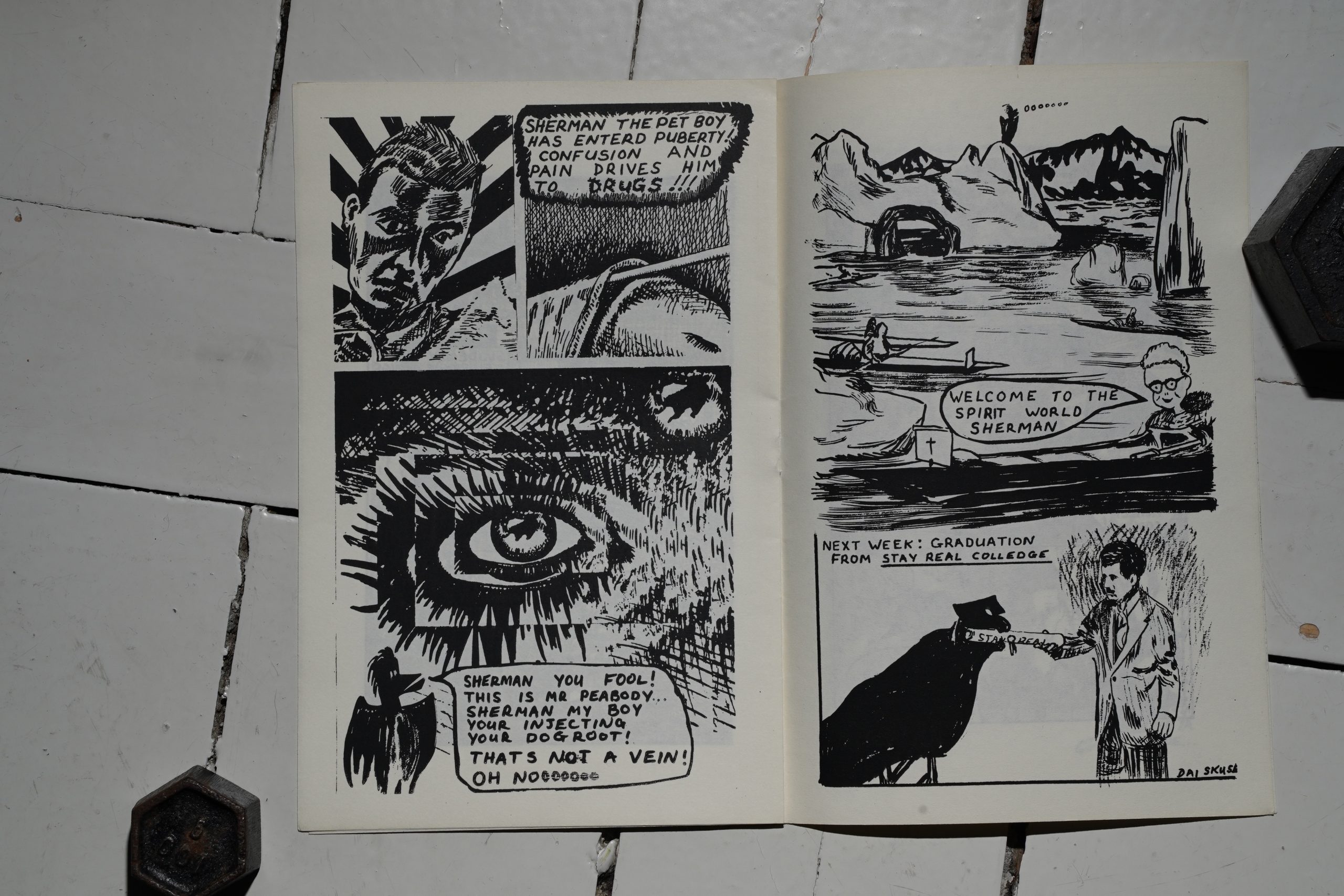 In the final issue I have here (after the book moved to a monthly schedule), the art starts getting more interesting.