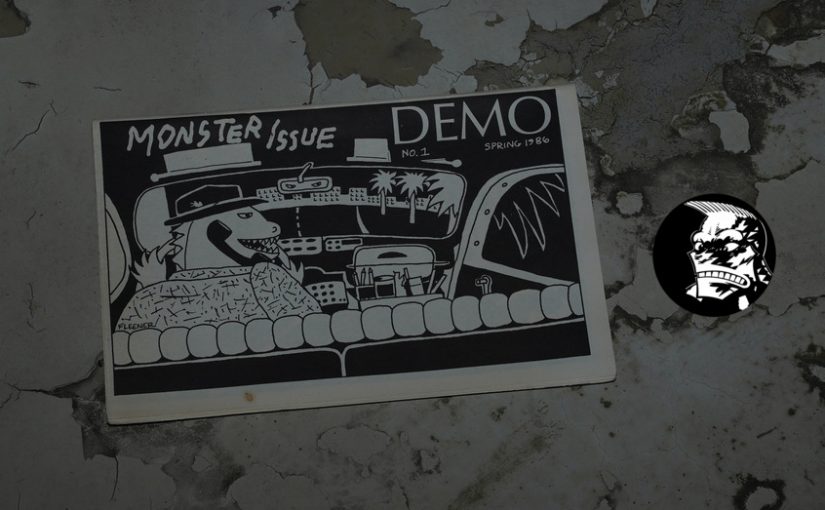 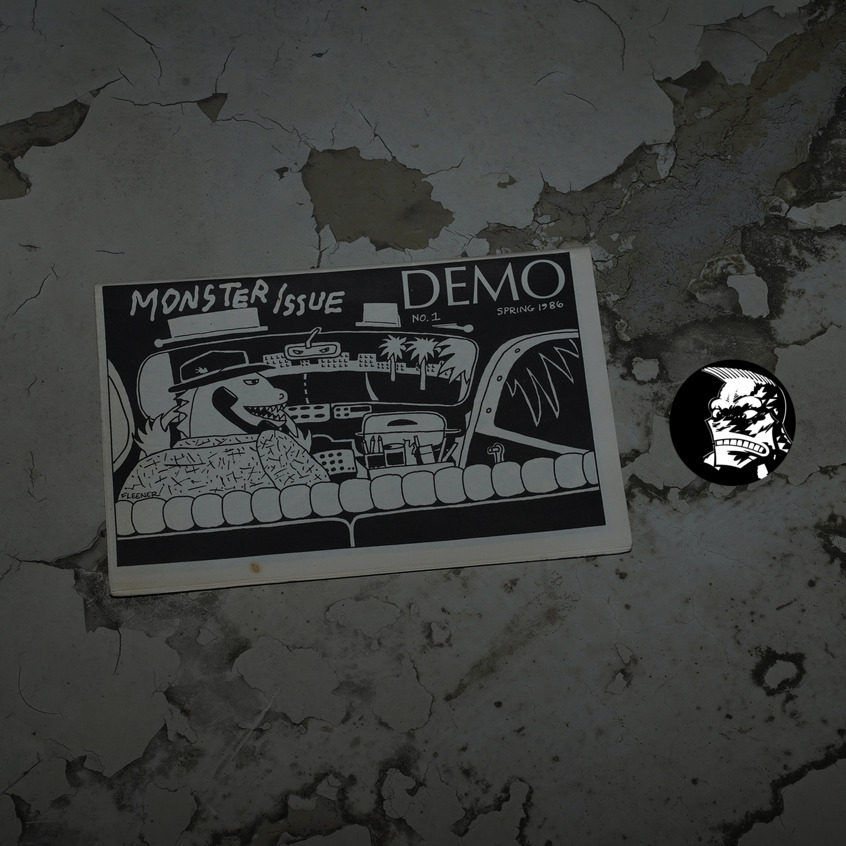 I was ebaying for “punk comics”, and this mini came up. It features stuff by Mary Fleener, so I thought “what the hey”. So let’s have a very quick look at it. 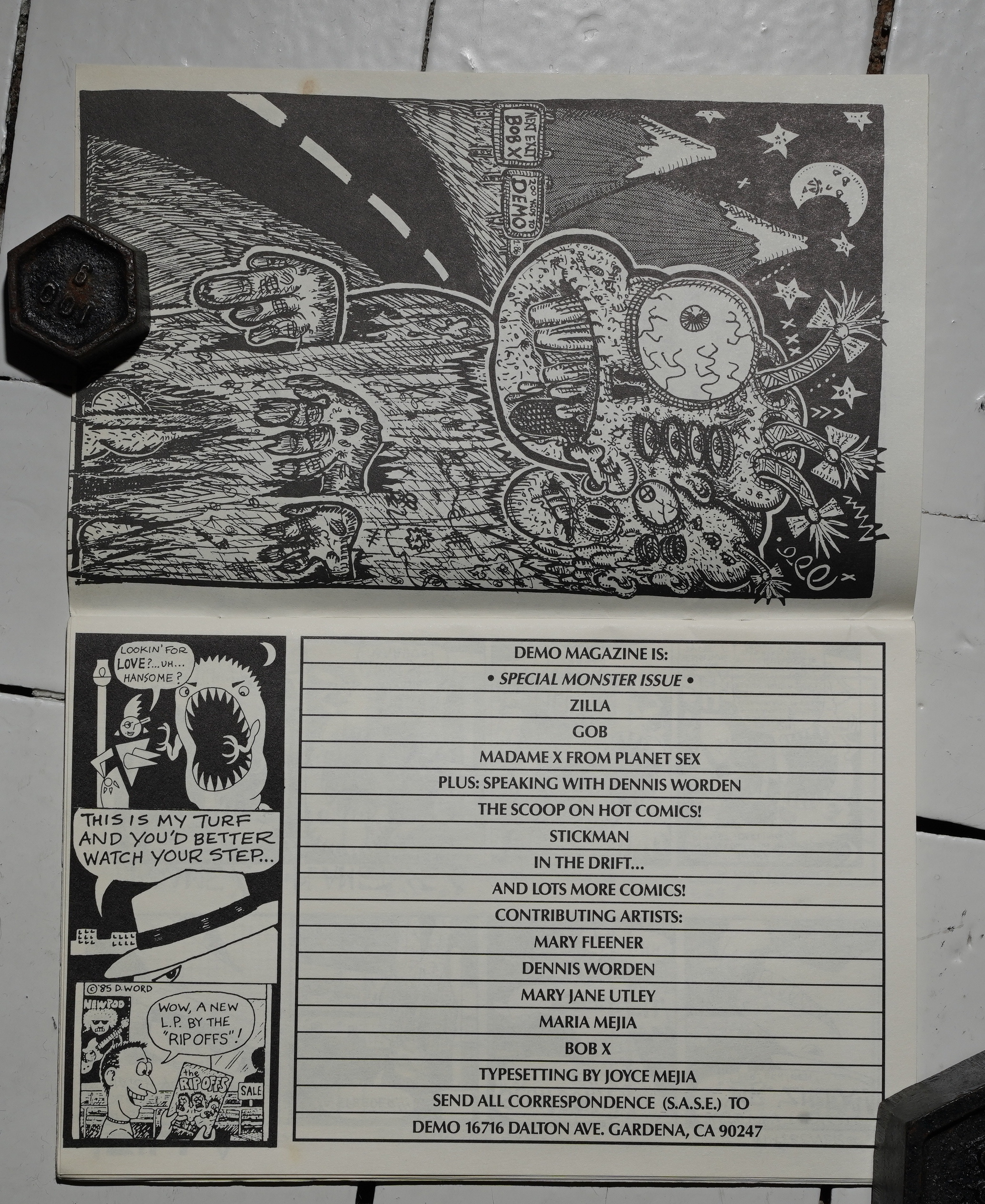 This is a very good looking mini. (It’s of the sheet-folded-in-half type.) 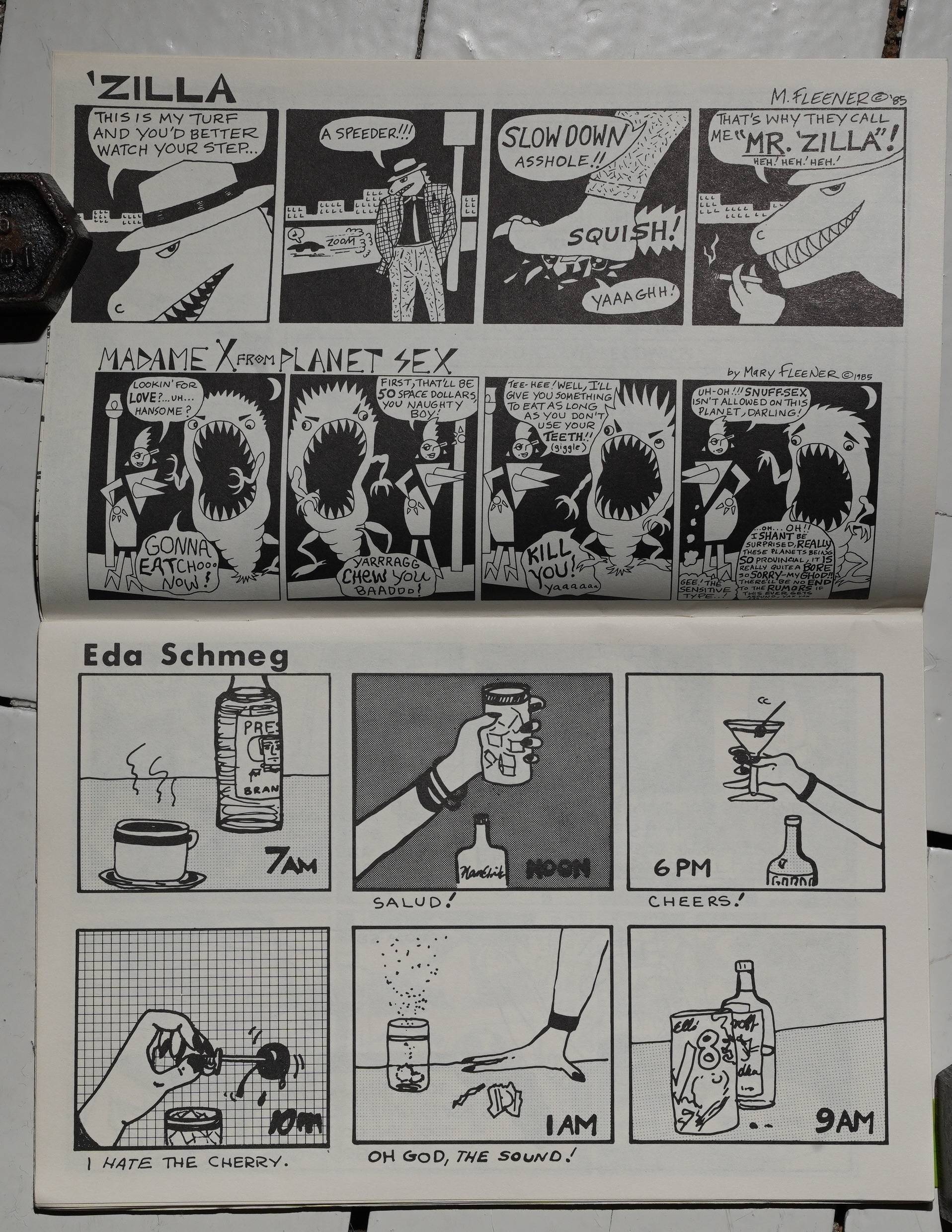 Most of the comics are by Mary Fleener and Dennis Worden, but other people show up for a page or two. 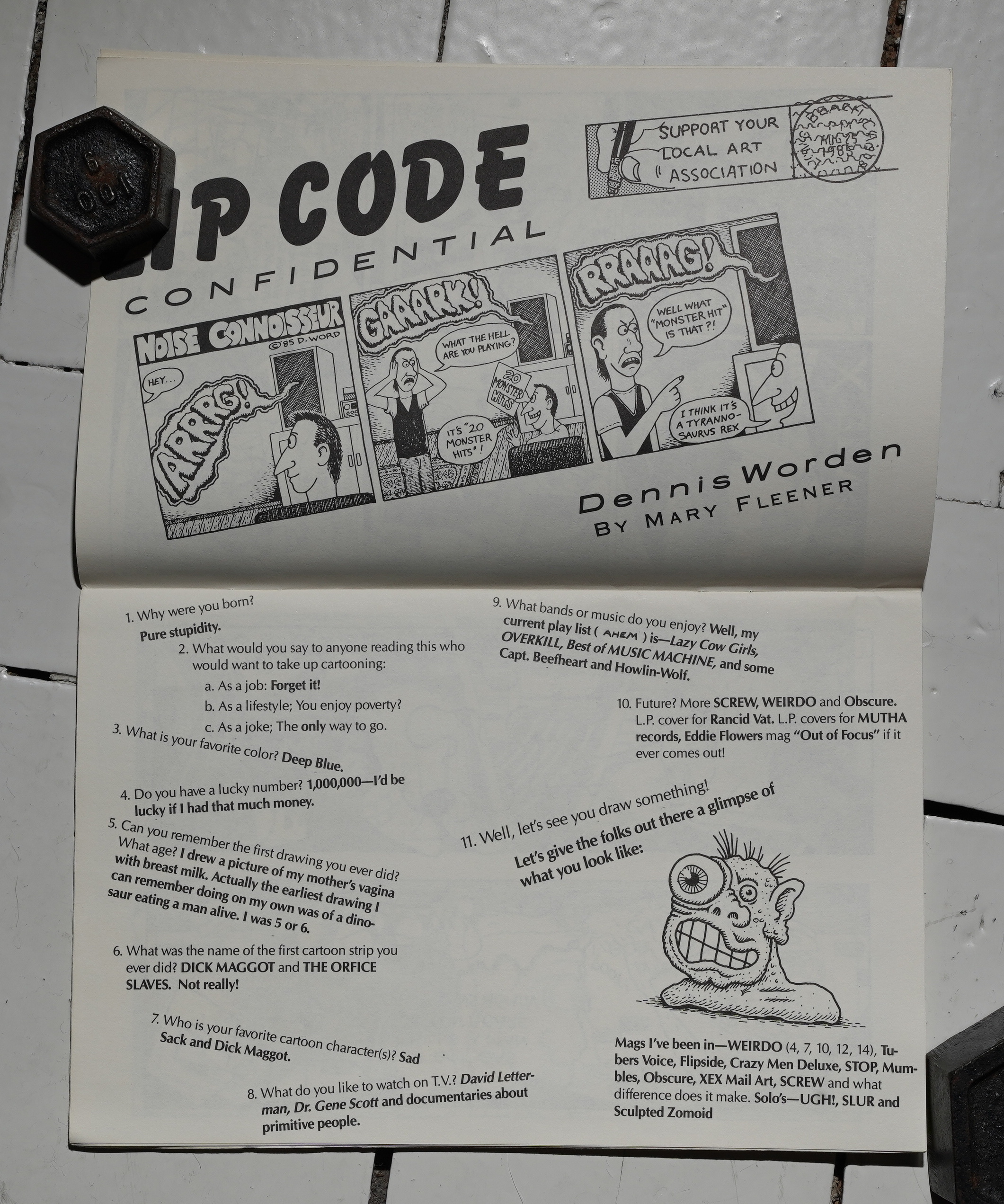 And an interview with Worden. 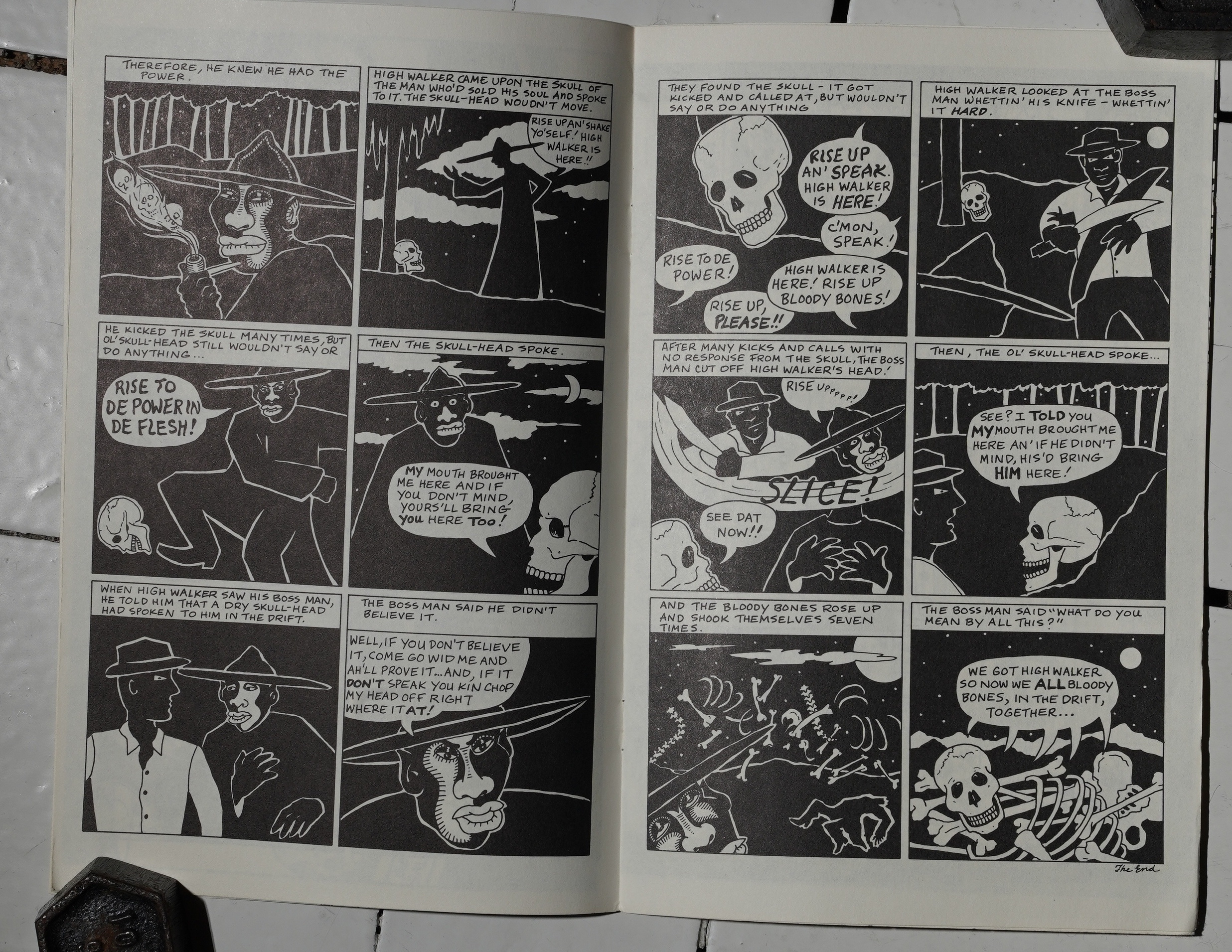 It’s the Fleener material that’s interesting here. Some of it’s in Fleener’s well-known Cubismo style, but she also experiments with other styles. 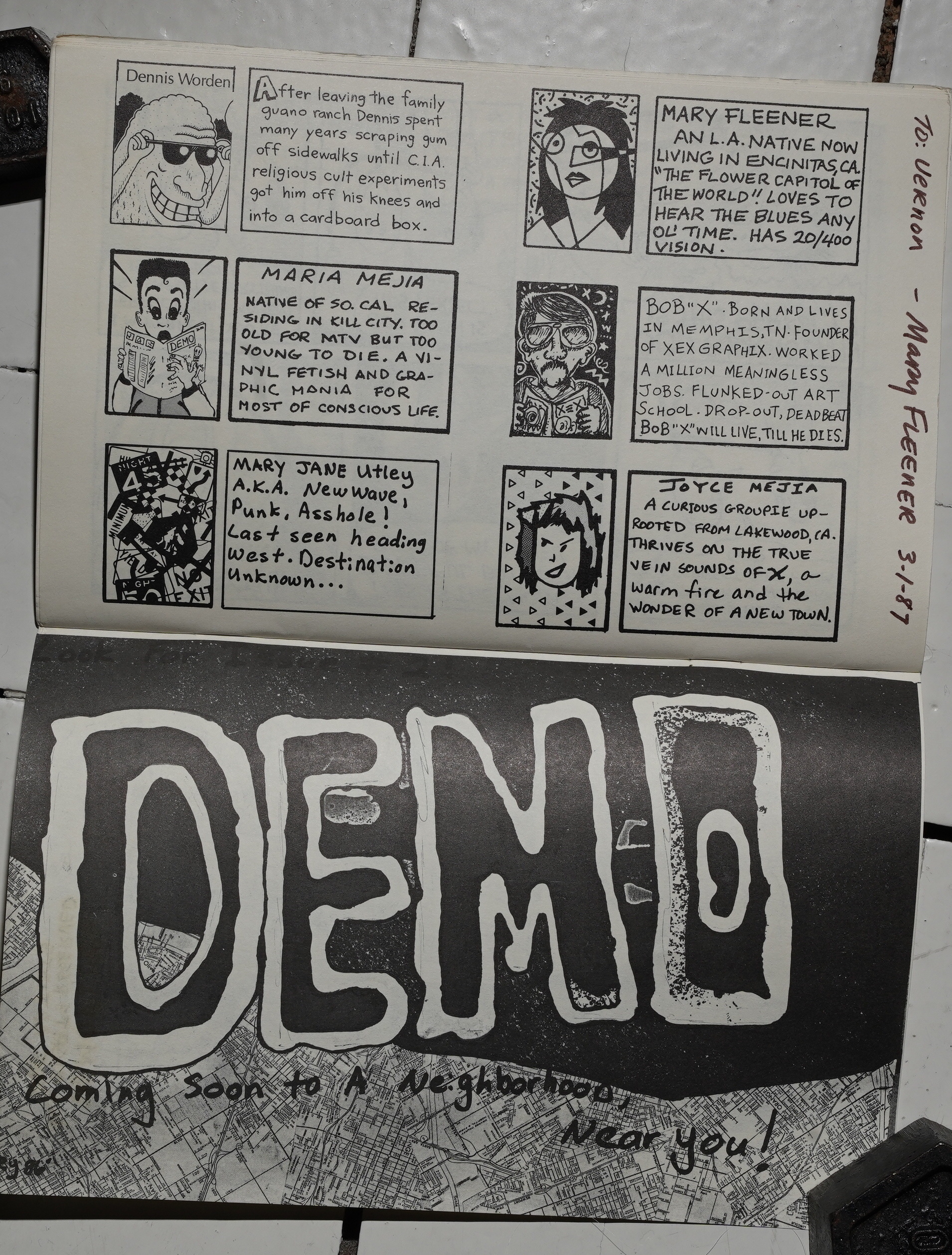