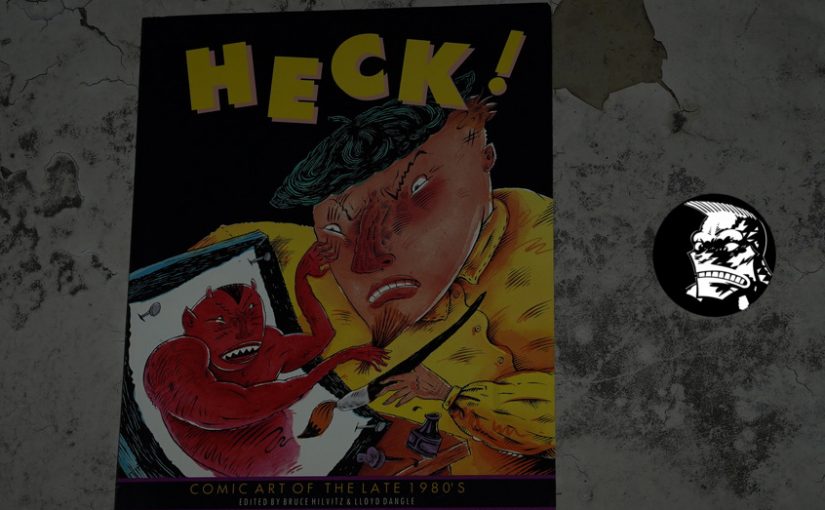 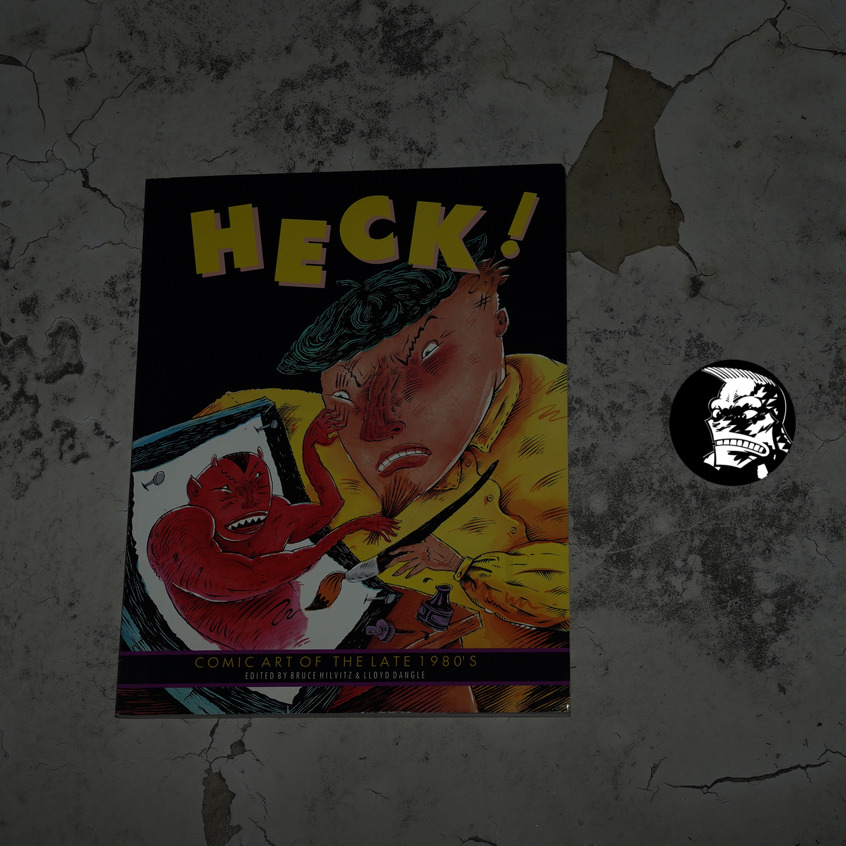 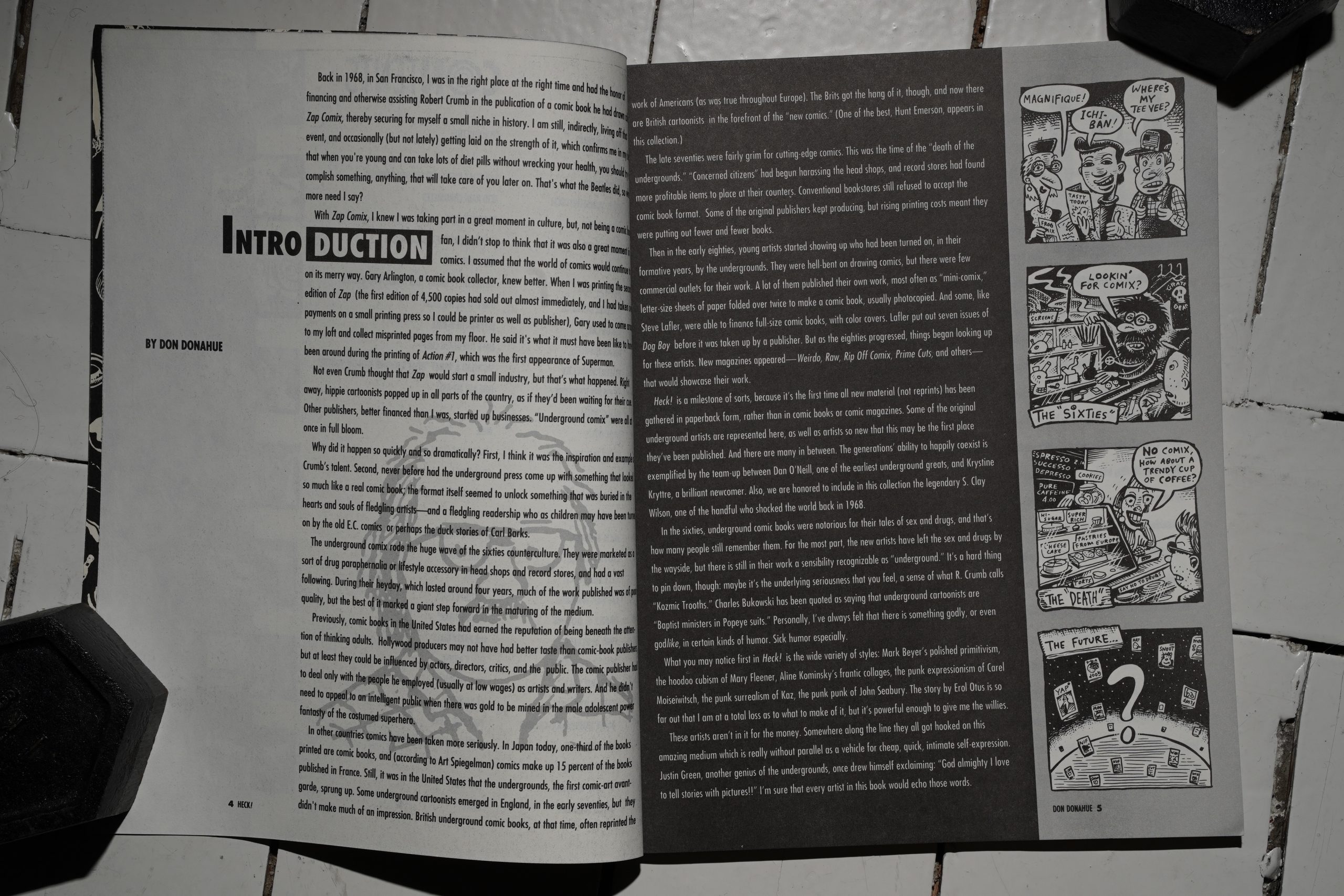 Donahue claims in the introduction that this is the first paperback anthology of all-new comics. Can that be true? Er… Well, Raw #8 was squarebound… and… uhm… *ponder* What about Blab? Wasn’t that before this?

Anyway, he talks a bit about Underground comics here, and it’s clear that he sees this anthology as coming from that tradition. 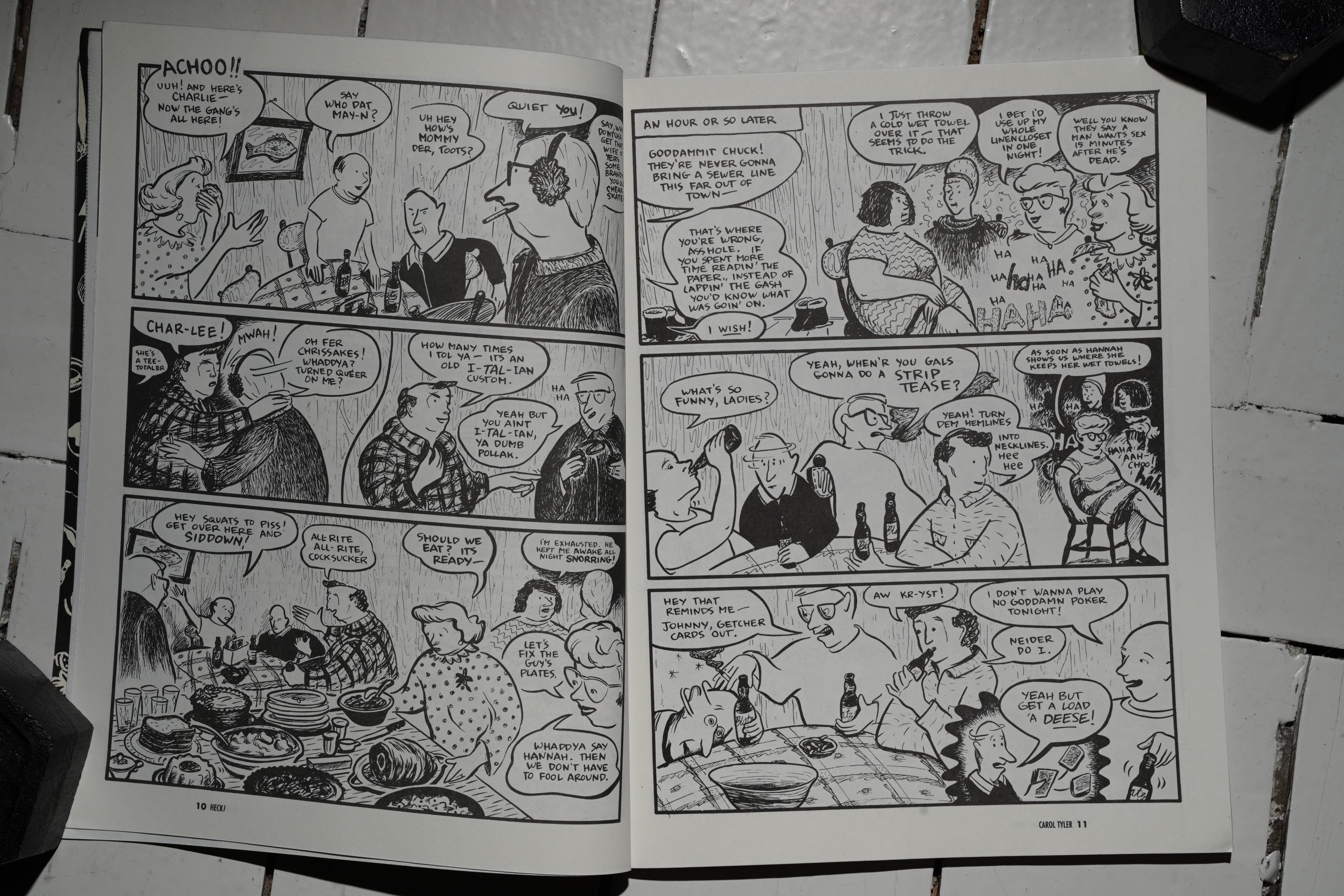 But it’s a quite varied selection of artists — mostly pretty fresh ones, like Carol Tyler, who opens the book. 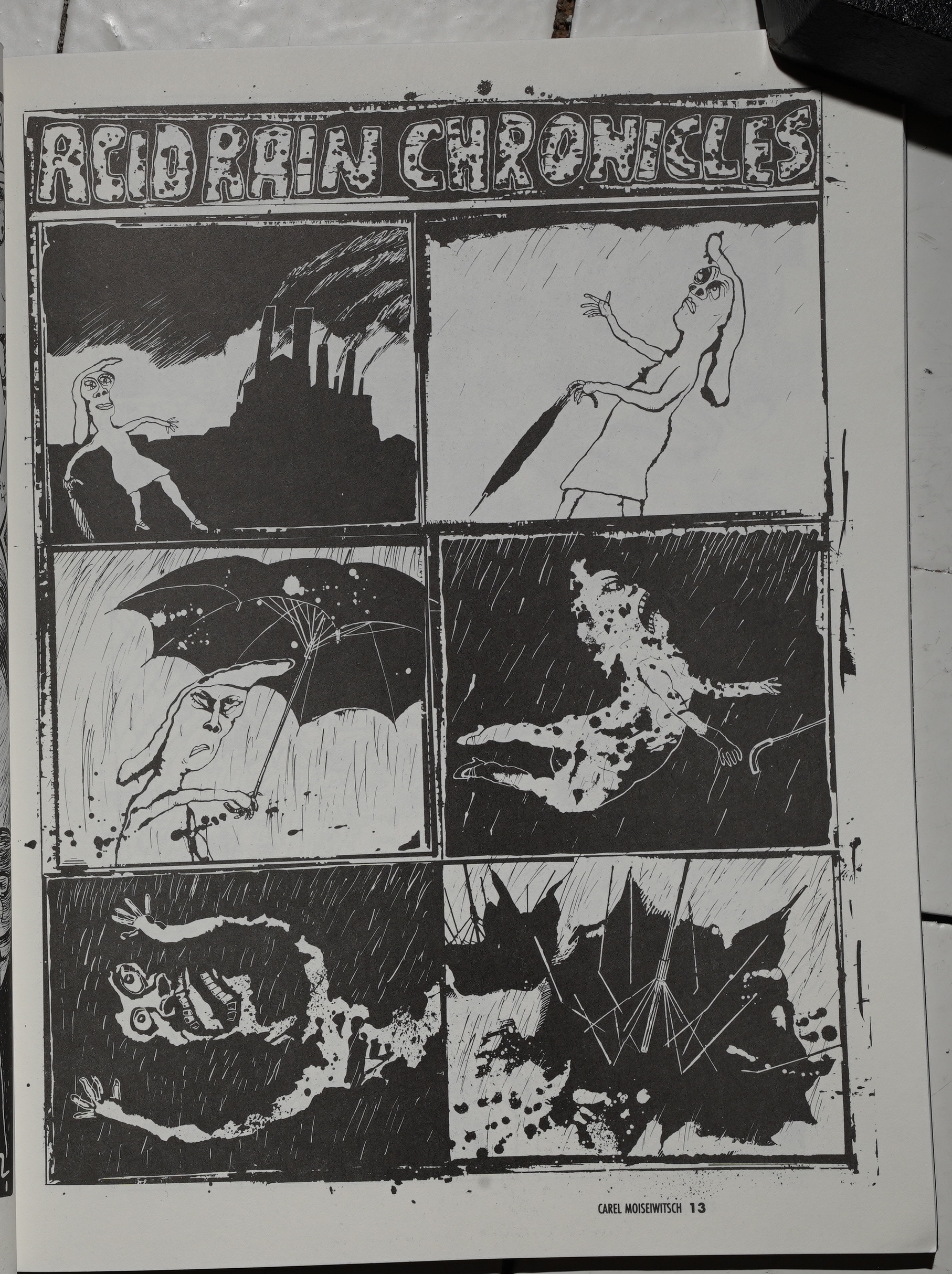 Then straight on to Carel Moiseiwitch. 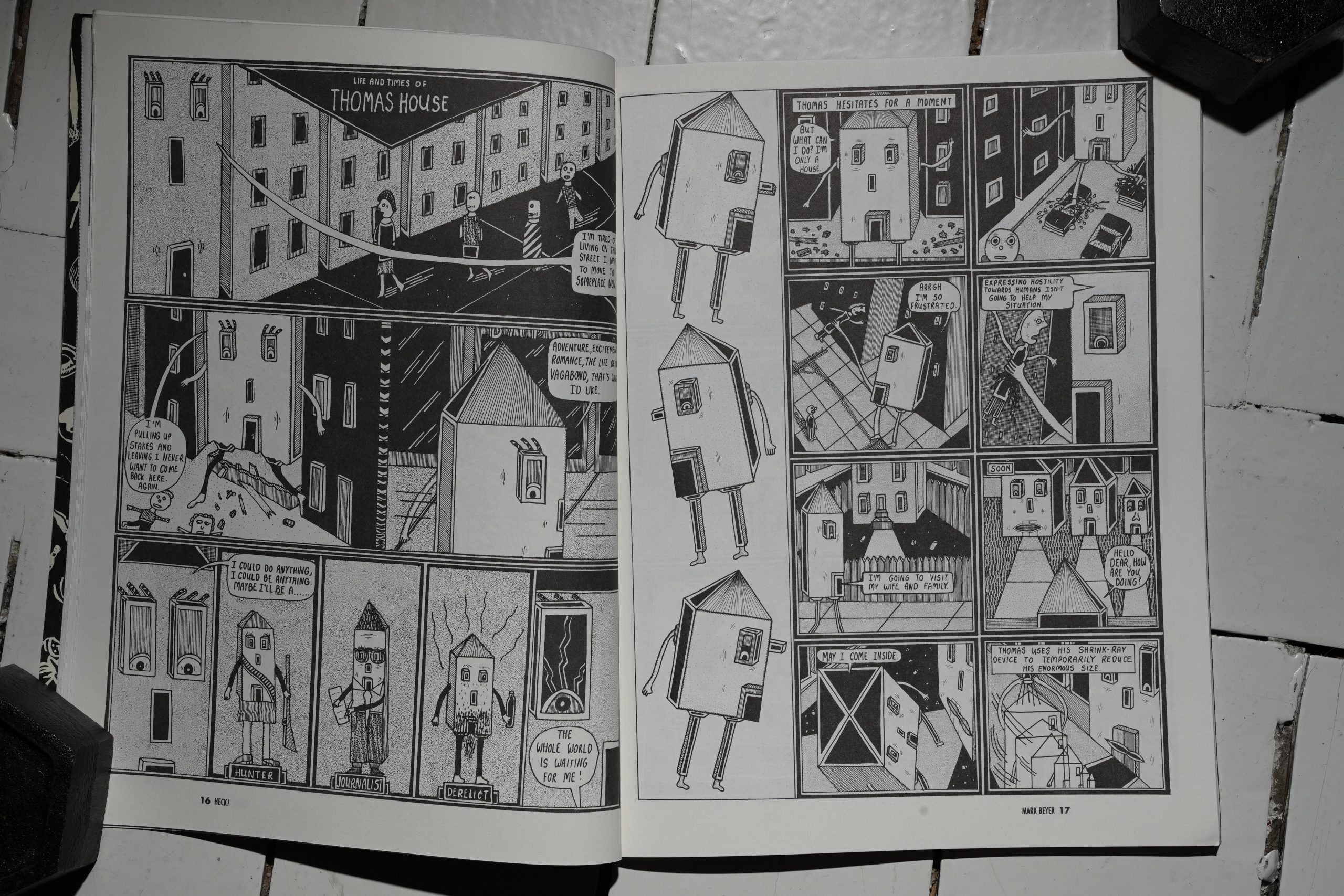 Many of the Raw regulars put in an appearance. Here’s Mark Beyer with a Thomas House sequence I can’t remember reading anywhere else. 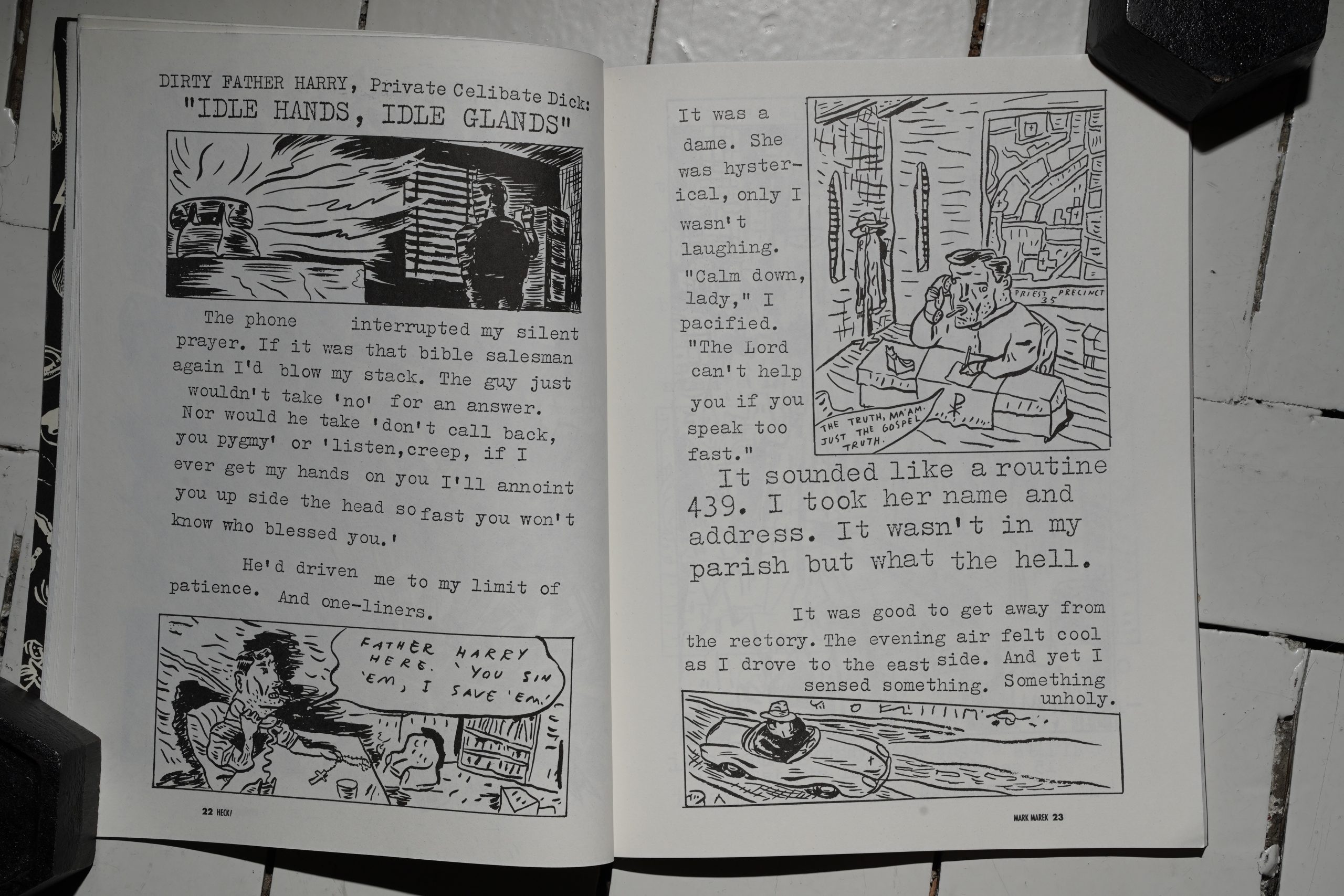 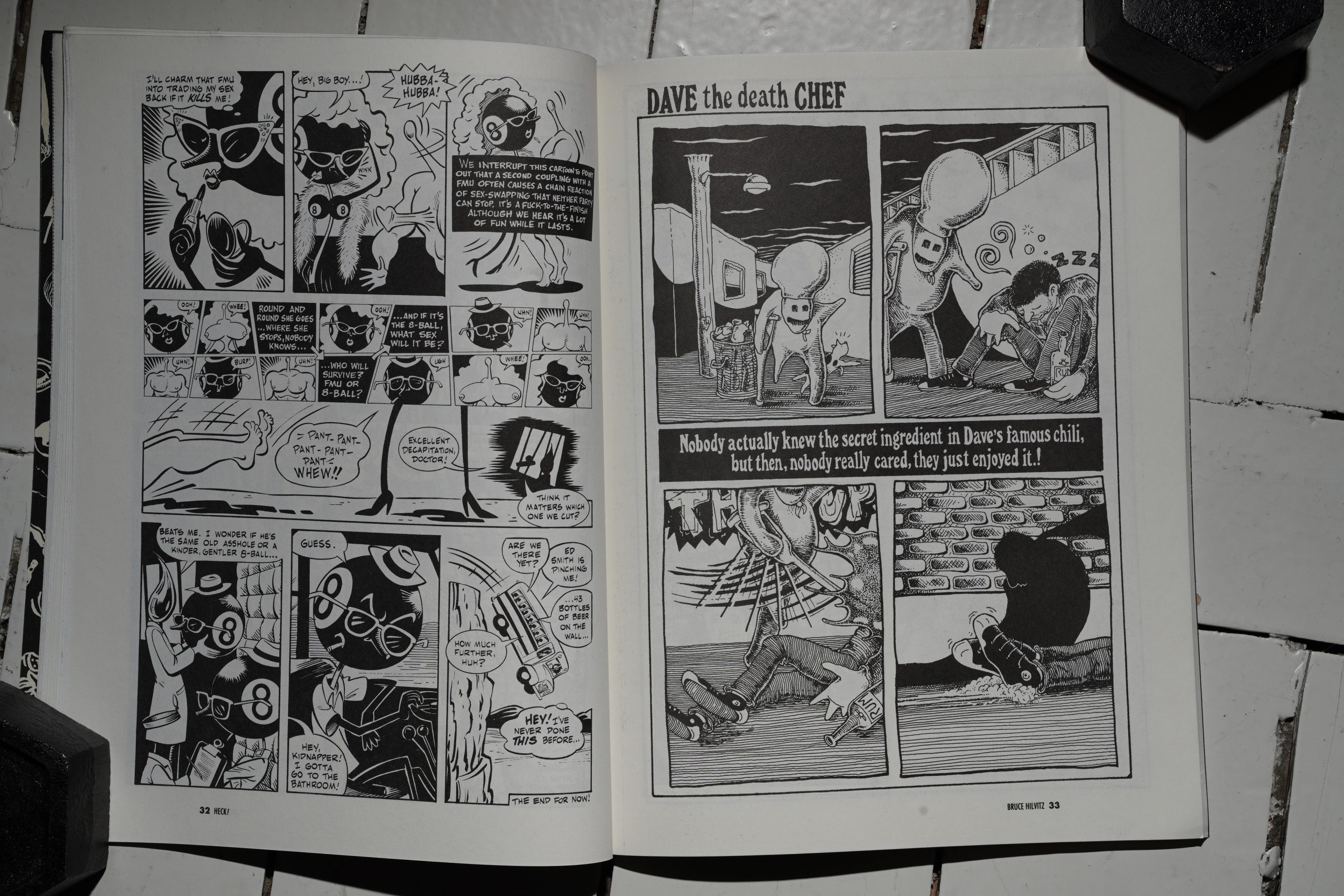 It’s hard to say what the aesthetic here is, really. You get whiplash from the sudden changes in approaches… but I guess the main theme is… being funny? The vast majority do gag strips. 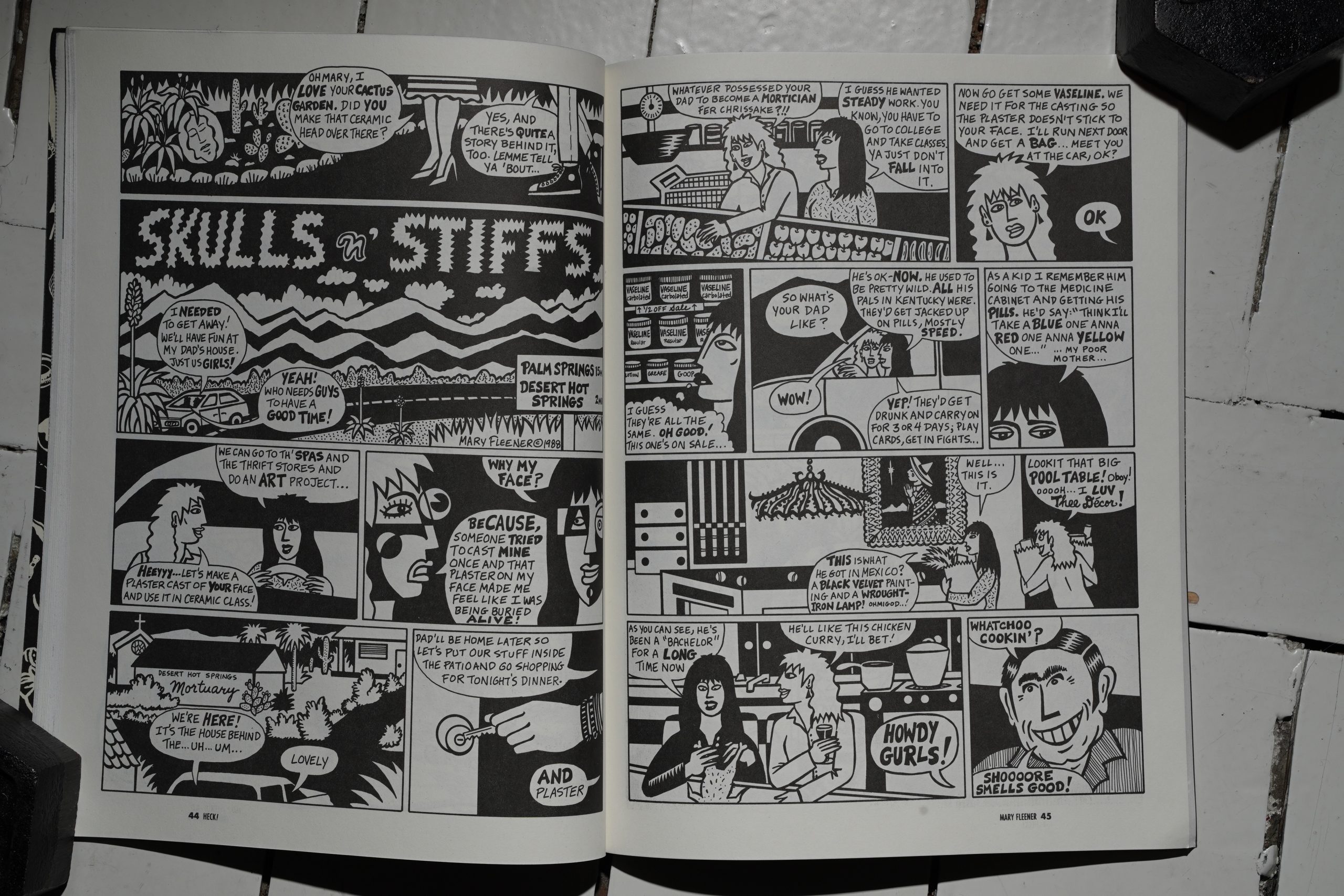 For instance, Mary Fleener does a very funny anecdote about corpses. Kaz gets really out there in this one-page strip. Most of the contributions are two pages or longer. Almost all the contributions are heavily narrative. I think John Howard is the only one that goes more abstract. 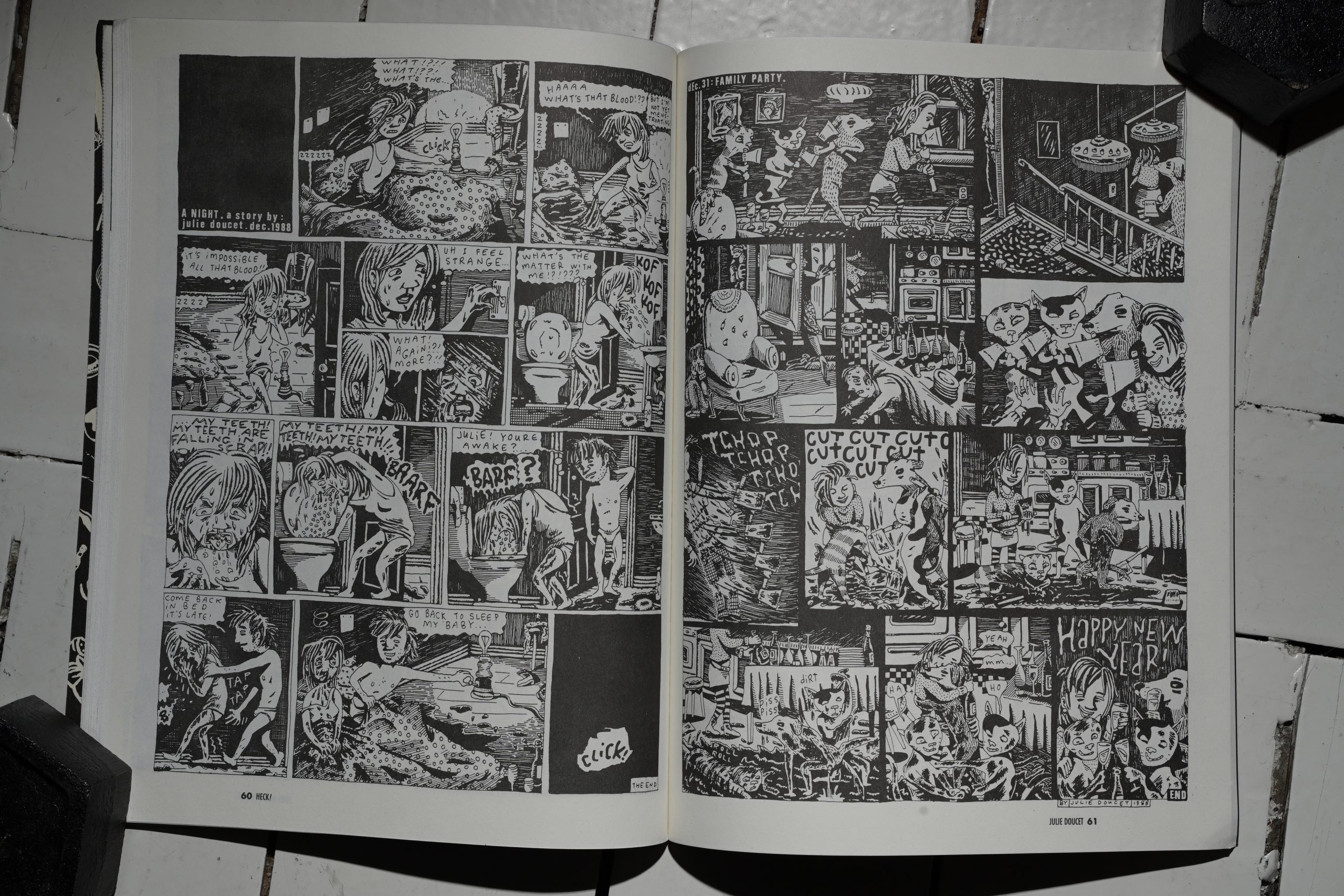 *gasp* Julie Doucet! Well, Donahue obviously has great taste — he’s including basically everybody that were hot in 1989. And some surprising choices, like Lee Binswanger, who is the only one who does formal comics play. 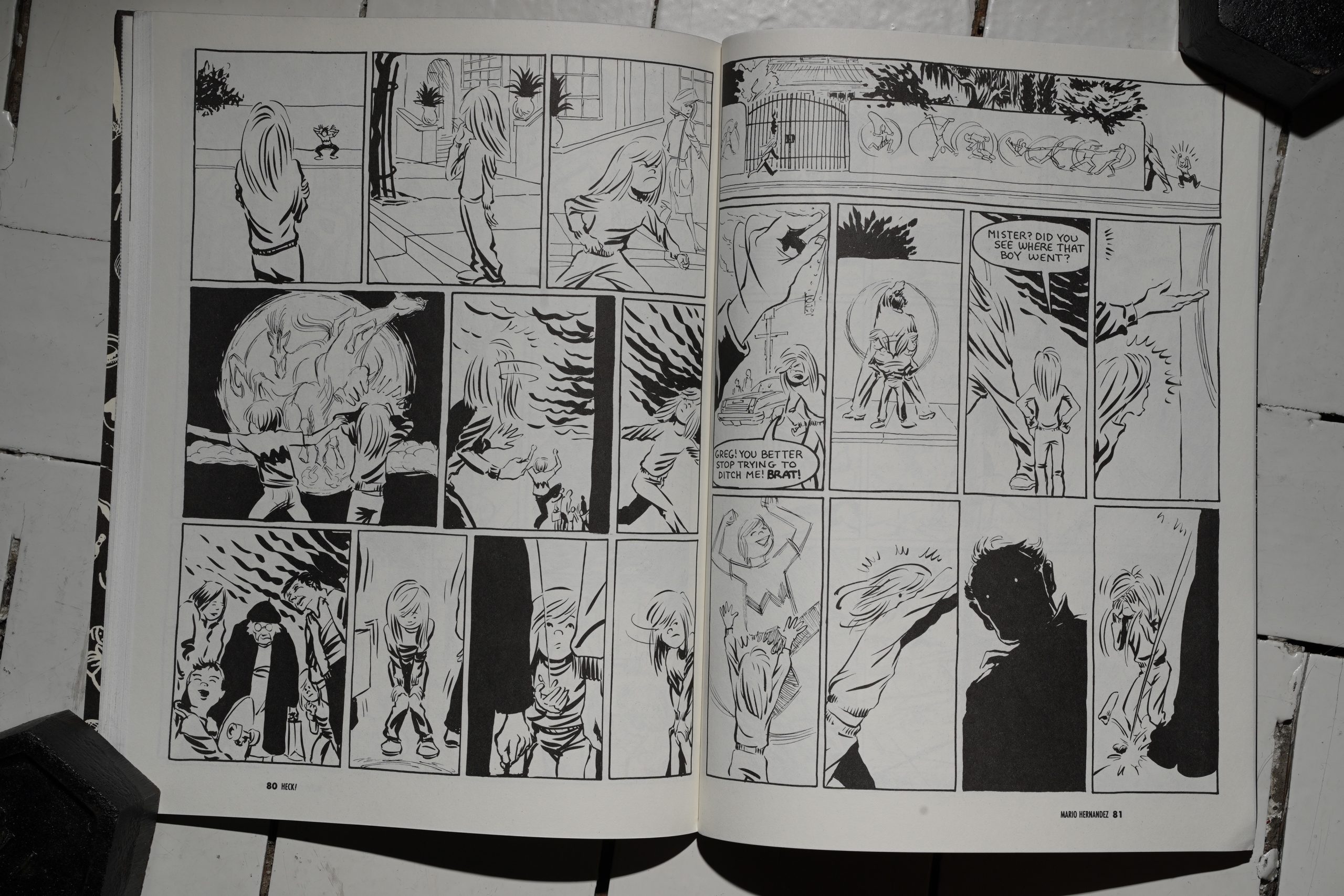 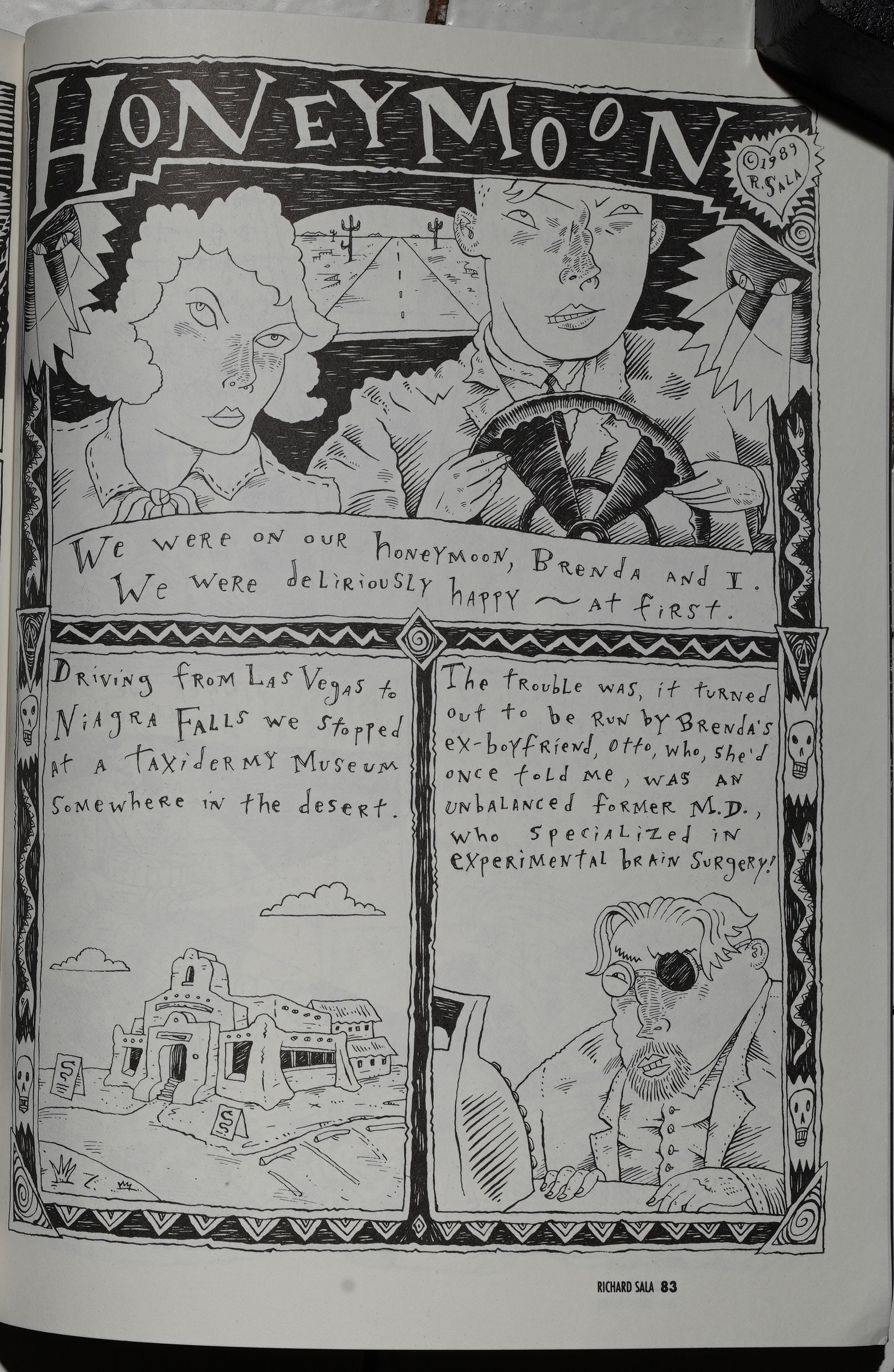 And, of course, Richard Sala, who was in All The Anthologies around this time (and they were all the better for it). 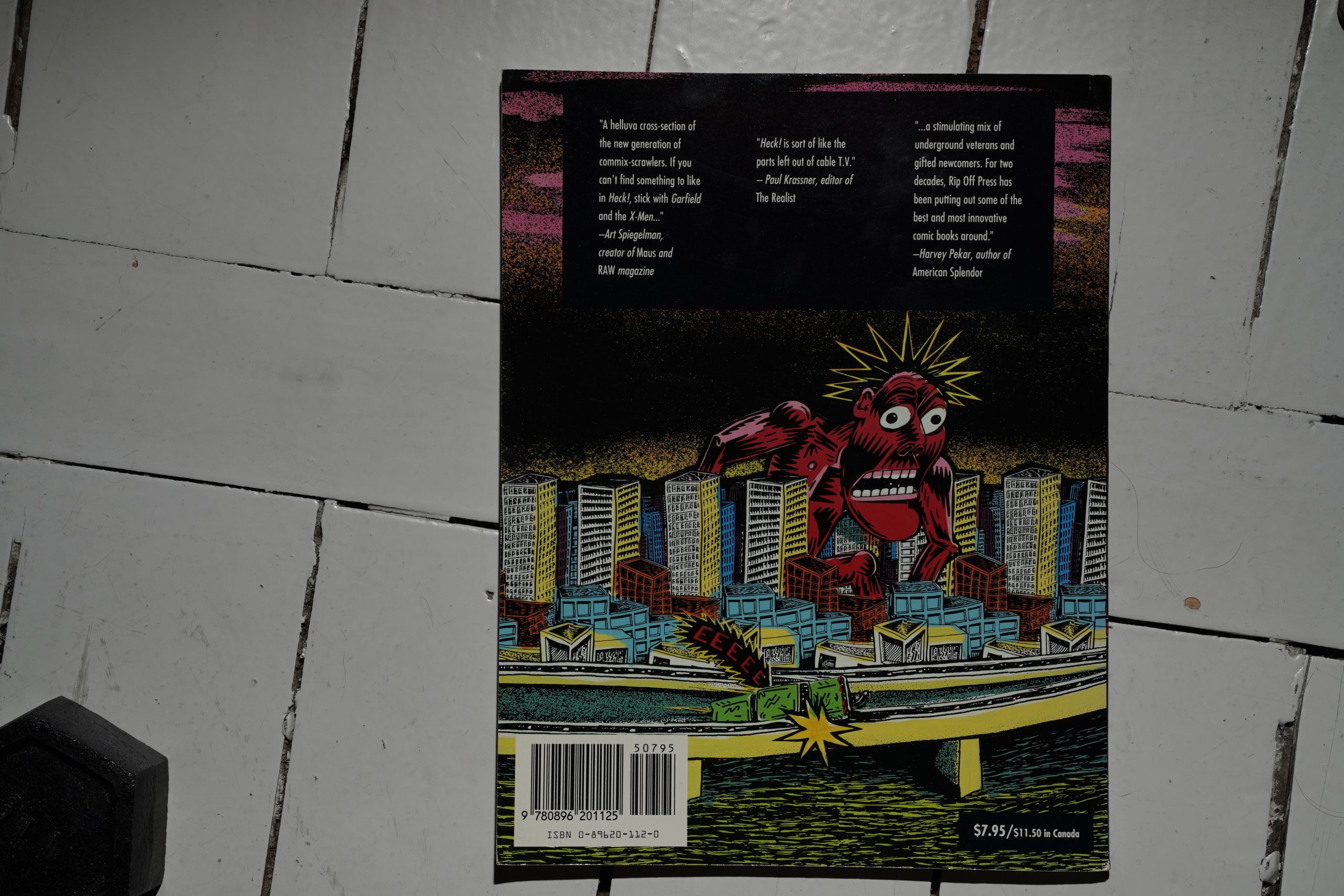 And, of course, there’s a quote from Art Spiegelman at the back.

So! That’s a rather excellent anthology. I thought it was gonna feel like a choppy read (due to the number of people included), but it hangs together well. It’s not a very weighty book — it’s all mostly yuks — but it’s well done.

I’m unable to find any reviews of the book (either contemporaneous or on the web now), so it looks like it pretty much sank without a trace? 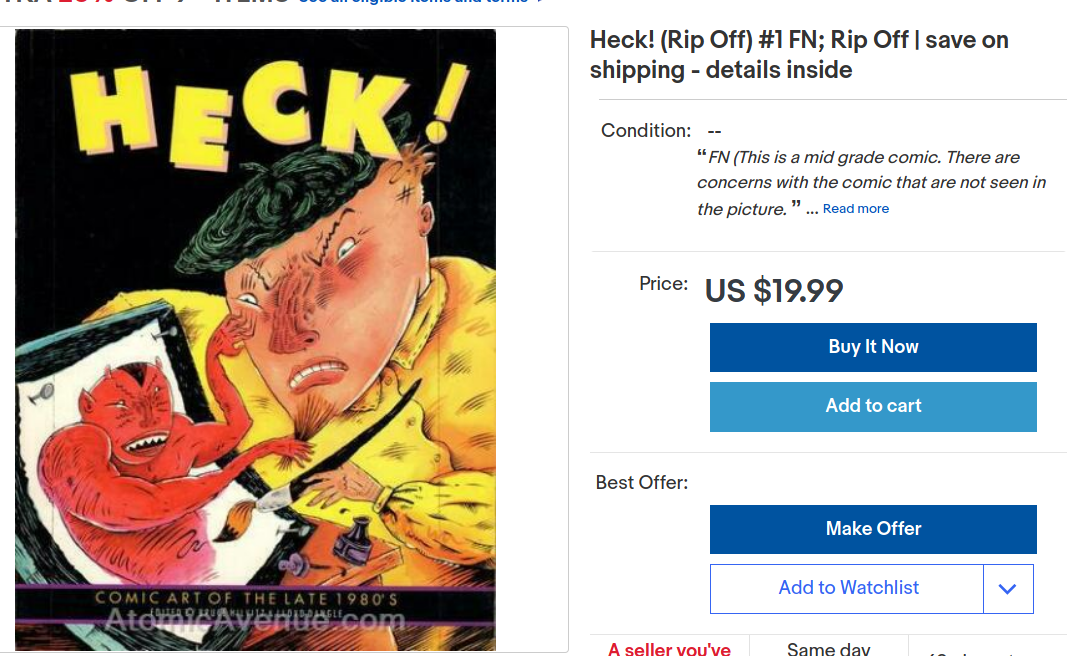 Yup. You can still pick up copies pretty cheaply. (I bought my copy at the time.)