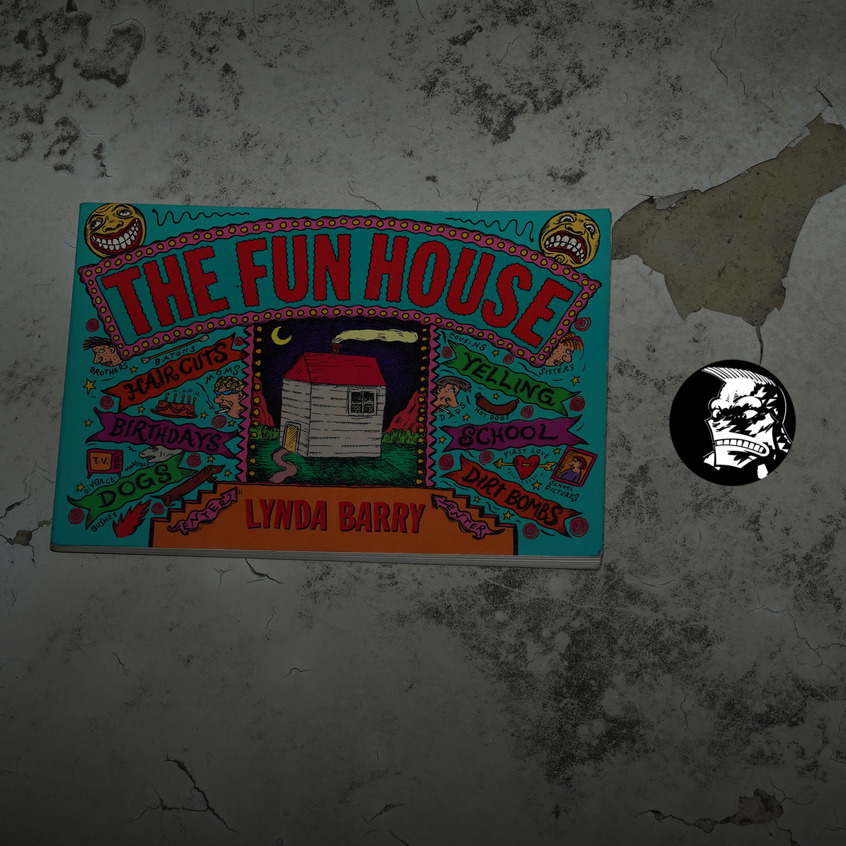 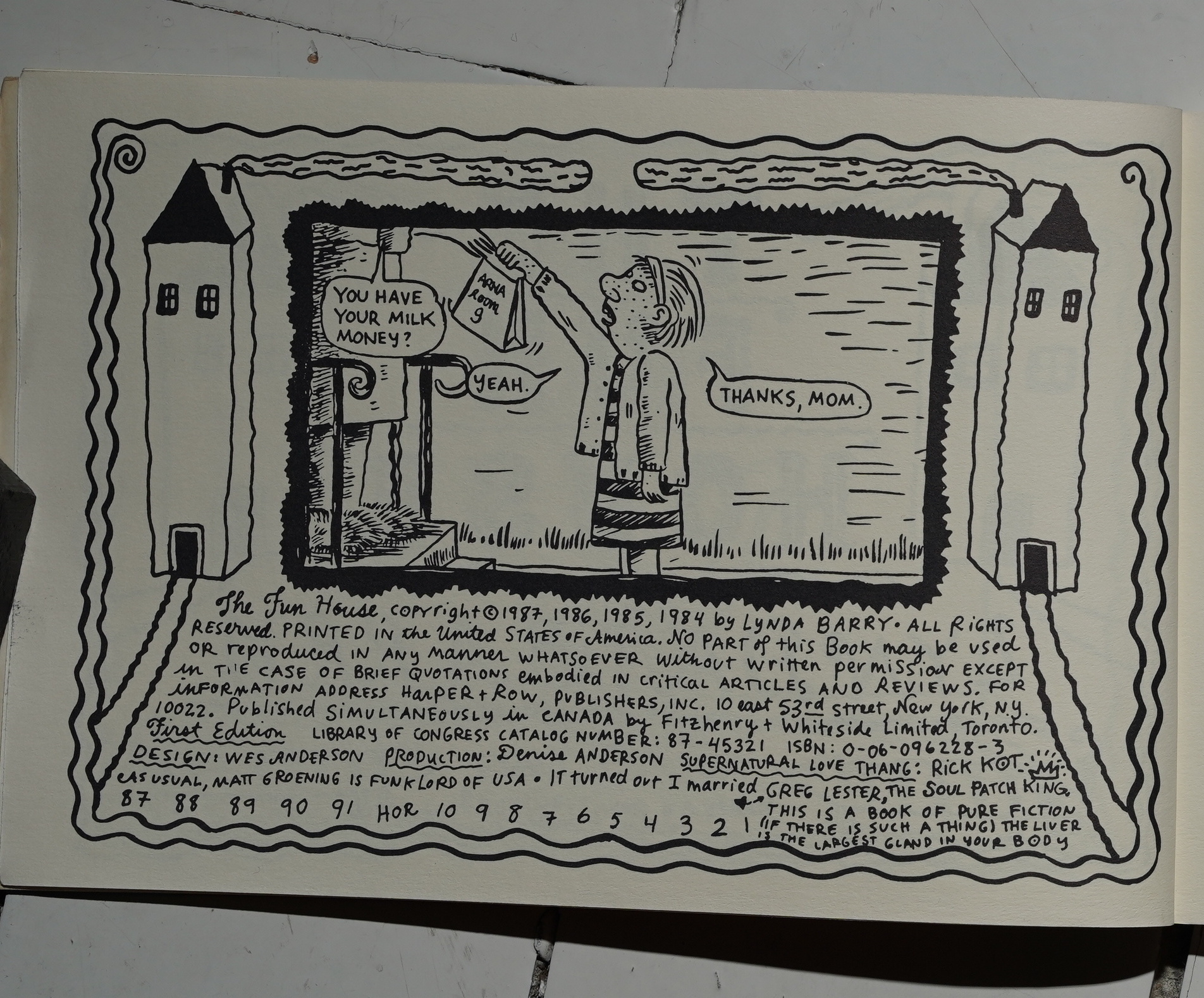 The previous Barry collection, Everything in the World, was a watershed — half the strips were about misc. adultish stuff, and half the stuff was about children’s lives. Both were good, but it seemed obvious that Barry was more inspired by the children’s stuff.

So this collection is 100% her breakthrough material: It’s all from children’s point of view.

In Barry’s earlier strips, she had basically no recurring characters. That changes radically here: It seems like the viewpoint character (the one that goes “I”) for more than two thirds of the strips here is Arna, Marly’s cousin. Barry is pretty vague about this — Arna’s name is mentioned only once, and Arna’s brother’s name is also only mentioned once (Arnold).

But it’s not all about that extended family — Barry even does a story by “Bill S”.

The strips collected here are quite coherent in tone: It’s all this kind of wistful melancholy (but funny). Barry’s line has also settled into one mode instead of veering in a bunch of directions.

This makes reading this book feel like… uhm… it feels like reading a (graphic) novel? Only a very episodic one.

Barry does include some earlier strips that have nothing to do with anything, and it does feel slightly jarring. But they’re great strips, too.

Googling reviews of Barry’s stuff on the Indartubeses, it seems like most people assume that whenever Barry uses the word “I” or “my”, she’s being autobiographical? I find that very strange — if I were to hazard a guess, I’m guessing that these strips are more than 90% fiction. But I could be wrong!

Each individual strip is very narrative, but the strips seem to take place in a static world. This is basically the only strip where we see something move from one situation to another (for the Arna/Marlys characters), and I was all excited for a second, because I thought that we’d get a longer story, but no — the next one was back to the same stasis.

None of the Barry collections are done chronologically, and it drives me crazy. I mean, crazier. I really, really want to read these strips in the order they were published… the vague sense of interconnectedness between the strips are irresistible; I want to tease out all meaning from them, but..

Most of Barry’s first-person characters are girls, but there’s also a handful of boys here…

I said earlier that I wasn’t going to continue talking about these Barry collections here in this Punk blog series (because she’s moved away from that aesthetic by now), but I still haven’t quite made up my mind.