When I started the Fantagraphics re-reading project, I wasn’t really aware of the Monster and Hard-Boiled imprints. So when I bought a bunch of these comics and had a peek at them, I quickly decided to limit the project to “main-line Fantagraphics” only. It was spiralling out of control, anyway, so any way of limiting it seemed like an advantage.

But now I’ve finally read the little stack of Monster/Hard Boiled comics, so I might as well write a tiny bit about them… 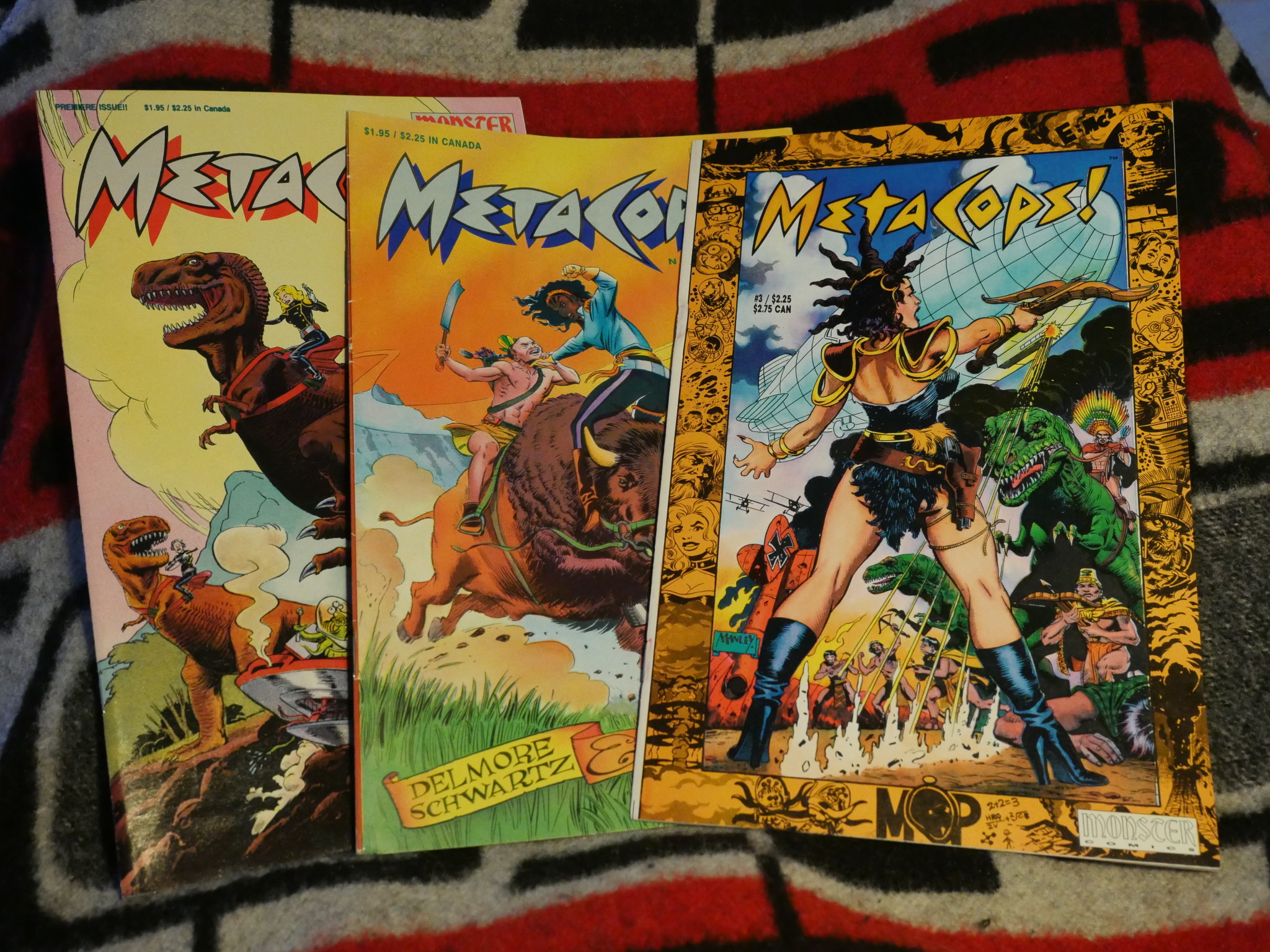 Their second idea was to start some imprints for other genres, so they decided on “Monster Comics” for fantasy/sci-fi/horror, and Hard Boiled Comics for crime. (No, I have no idea, either, why they thought the latter would bring in any money.) 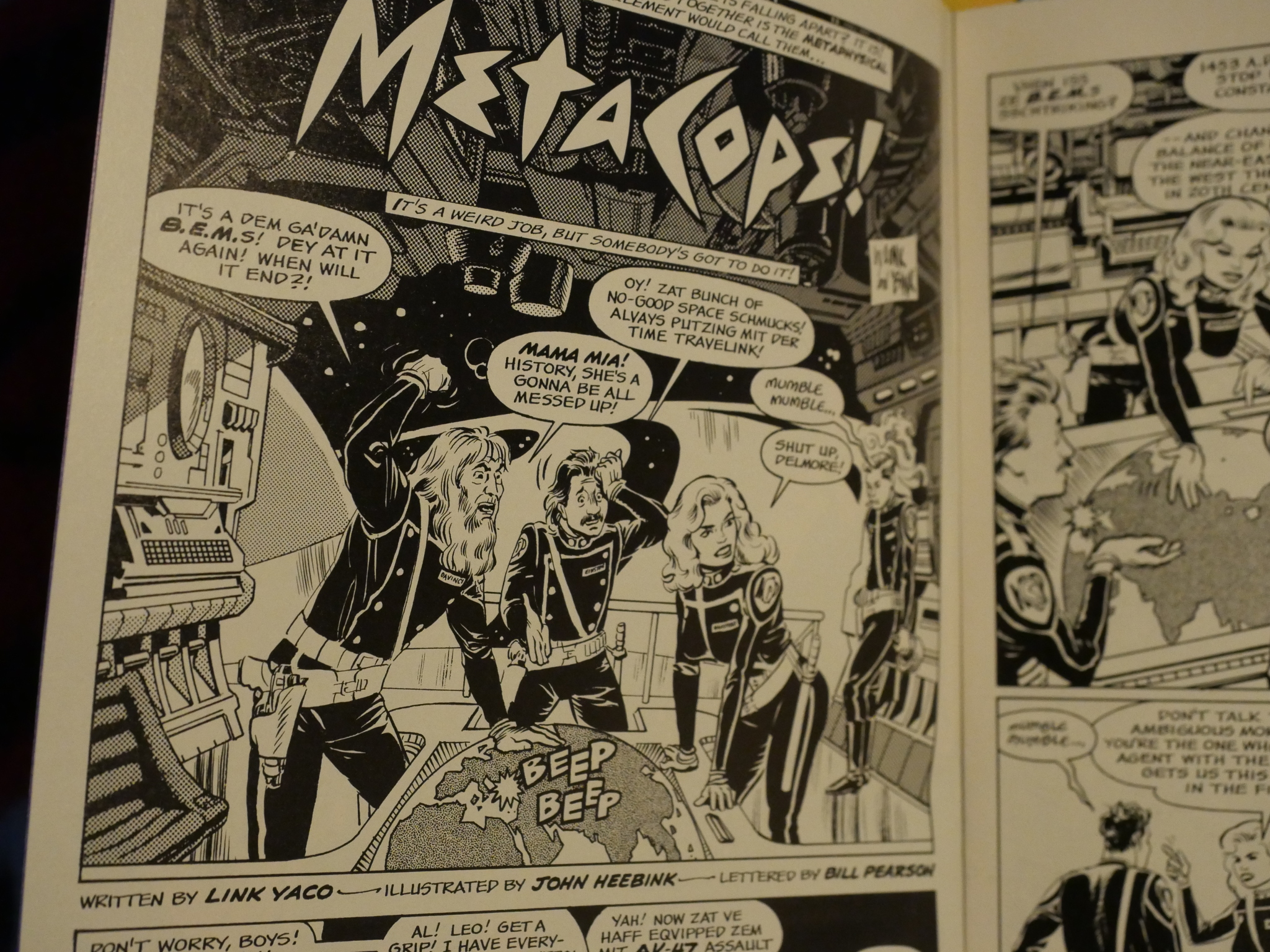 Metacops (by Link Yaco and John Heebink) reads as if it’s a collection of shorter pieces previously published in a fanzine somewhere. 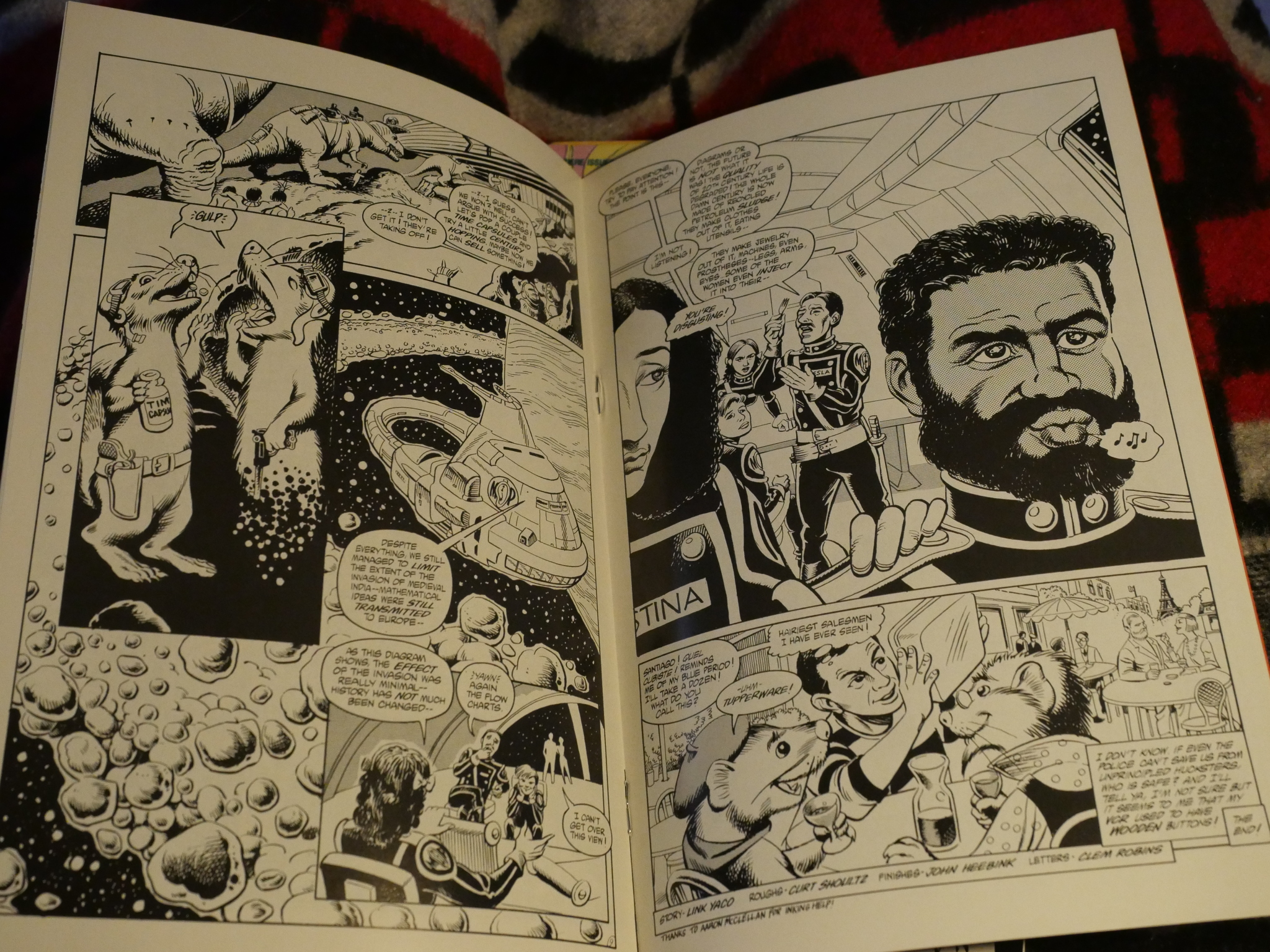 The artwork’s fine, although the anatomy is a bit on the, er, expressive side now and then. The stories are unreadable, though, and I could only make it through an issue and a half before I had to surrender. 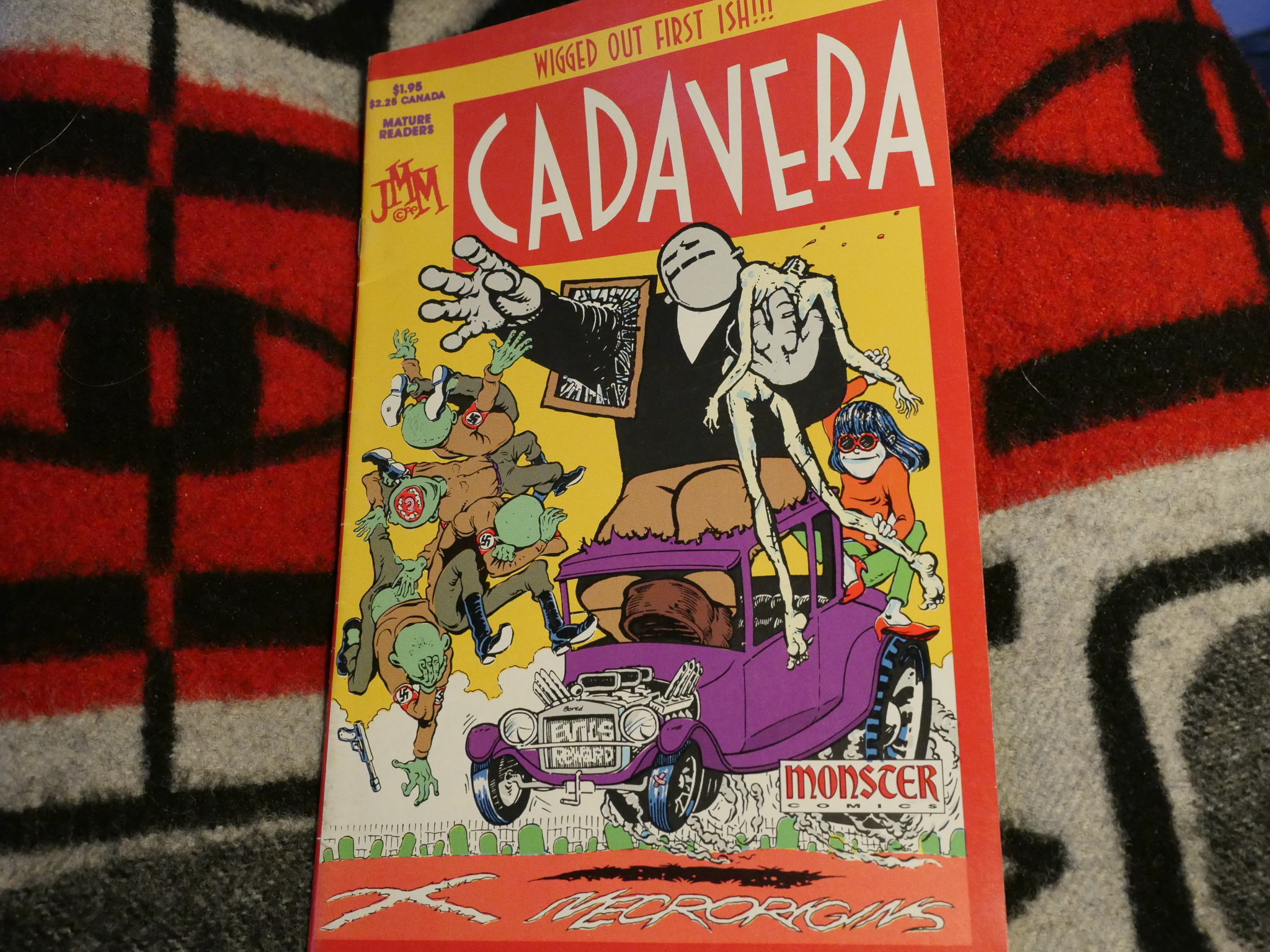 Cadavera (by John Michael McCarthy) is, again, unreadable, but the art’s nice. 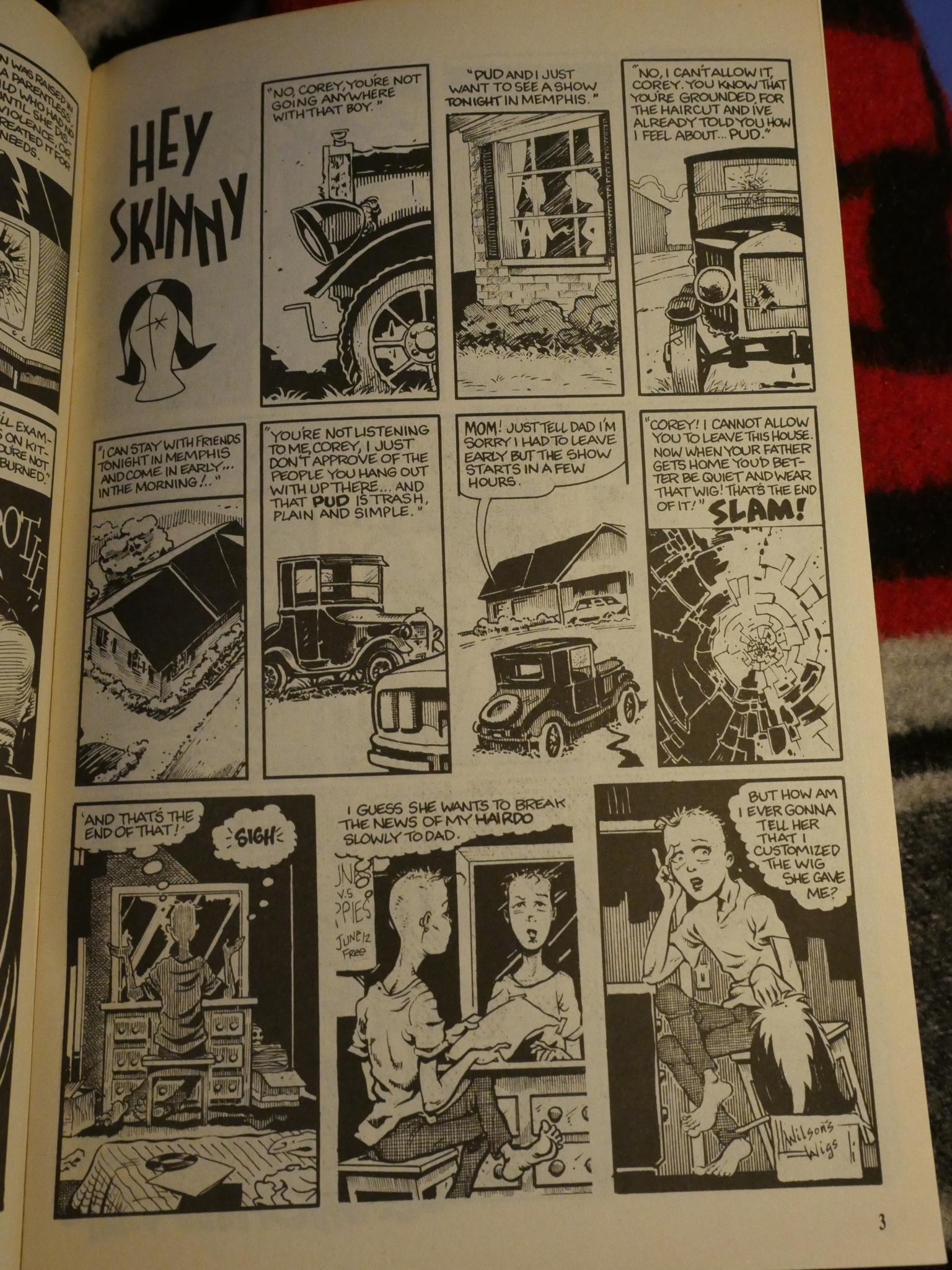 It reads very much like a random comic from the black-and-white boom in the 80s, where everybody published anything that anybody sent them.

At this point, I should probably say that it feels kinda stupid to be writing about these comics at all. “A comic book was published 25 years ago! It wasn’t good! THE OUTRAGE!” So: Sorry! But I’m just kinda looking into the Fantagraphics situation, not really the individual comics, if that makes sense. 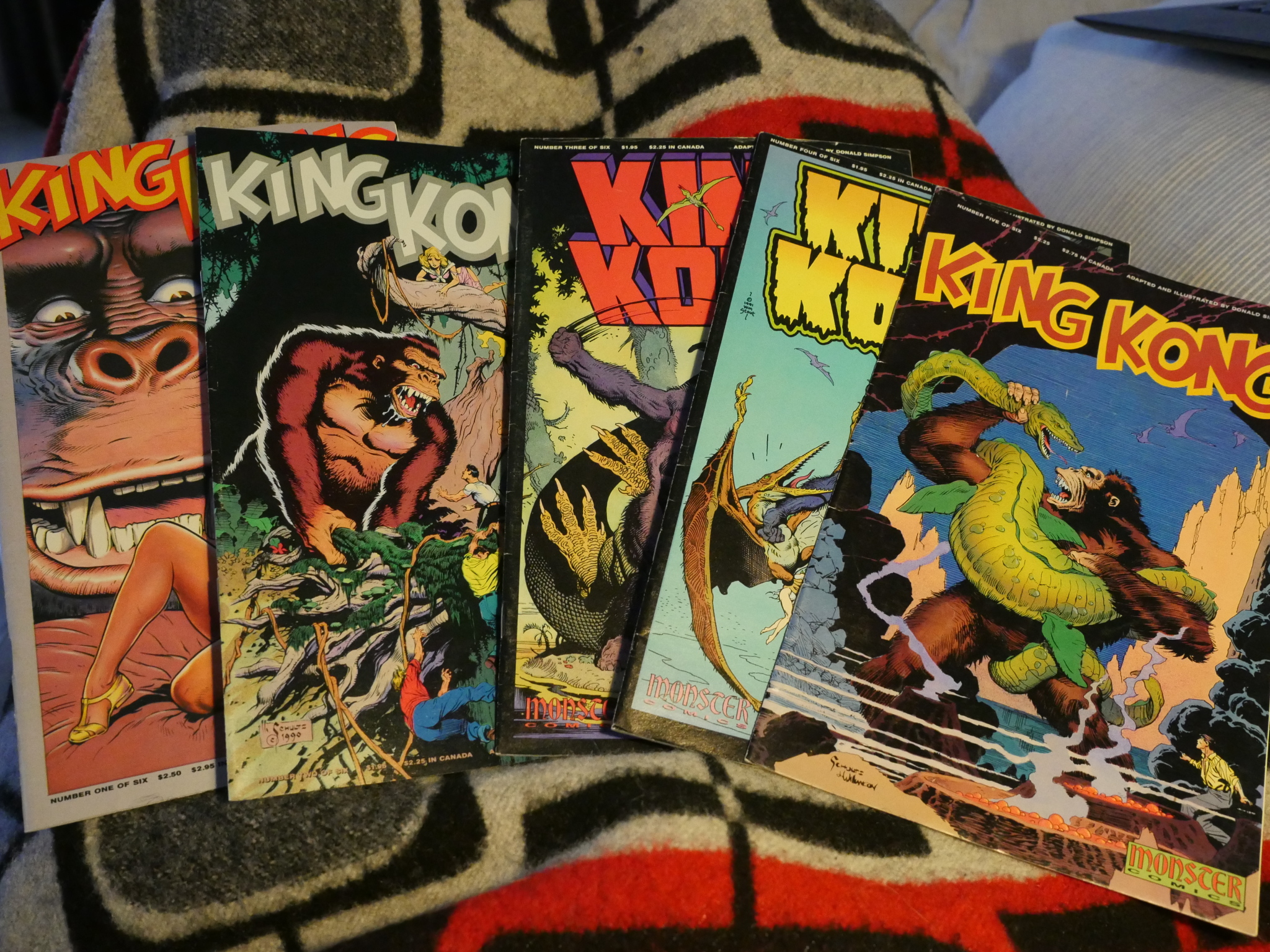 King Kong (by Donald Simpson and an impressive number of cover artists, including William Stout, Al Williamson and Dave Stevens) is an adaptation of the ’30s novel (not the movie, which the indicia points out repeatedly (so perhaps the rights for the movie was owned by somebody while the novel is in the public domain?)). 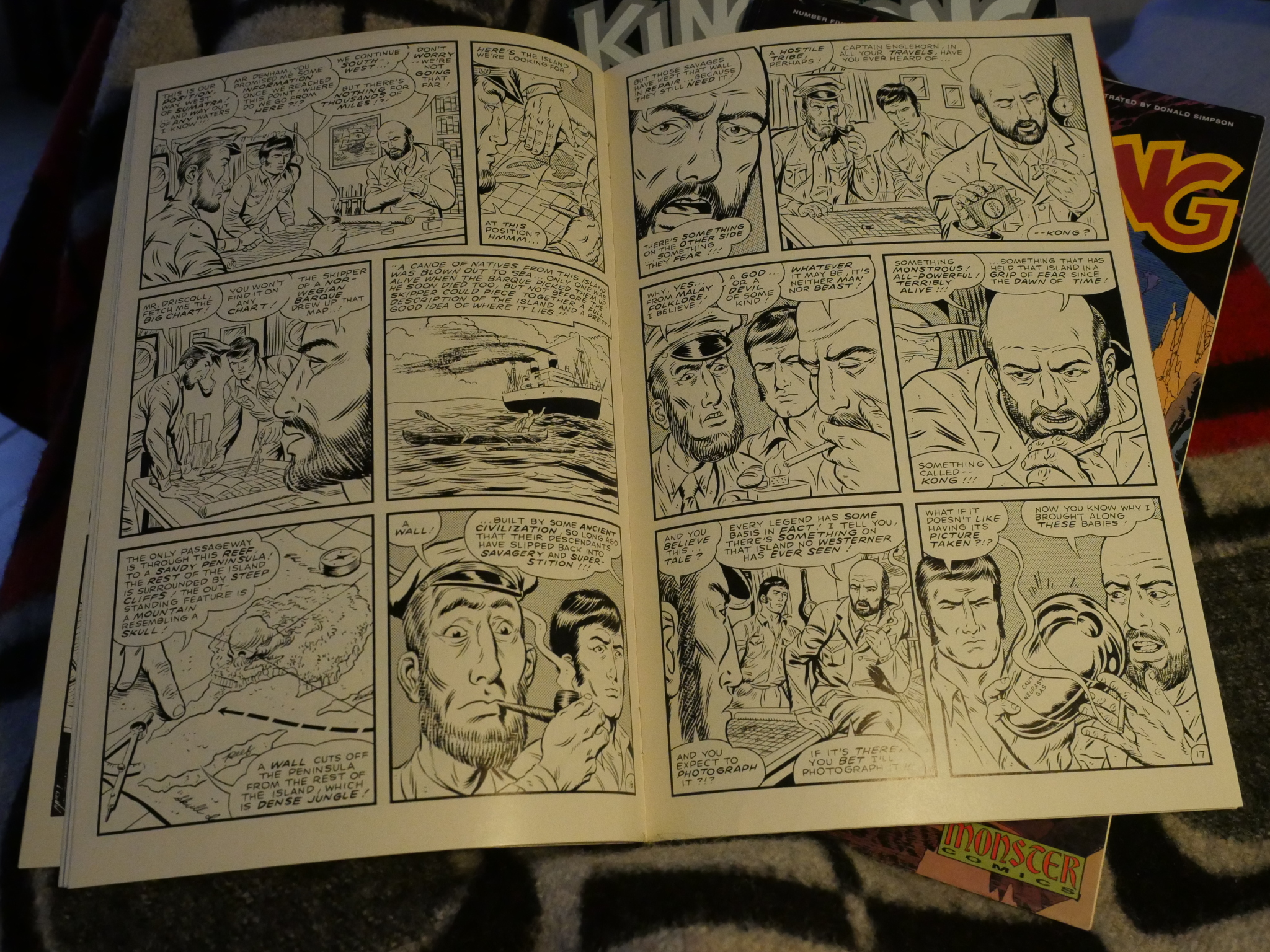 The first issue is quite wordy and sets up the thing… 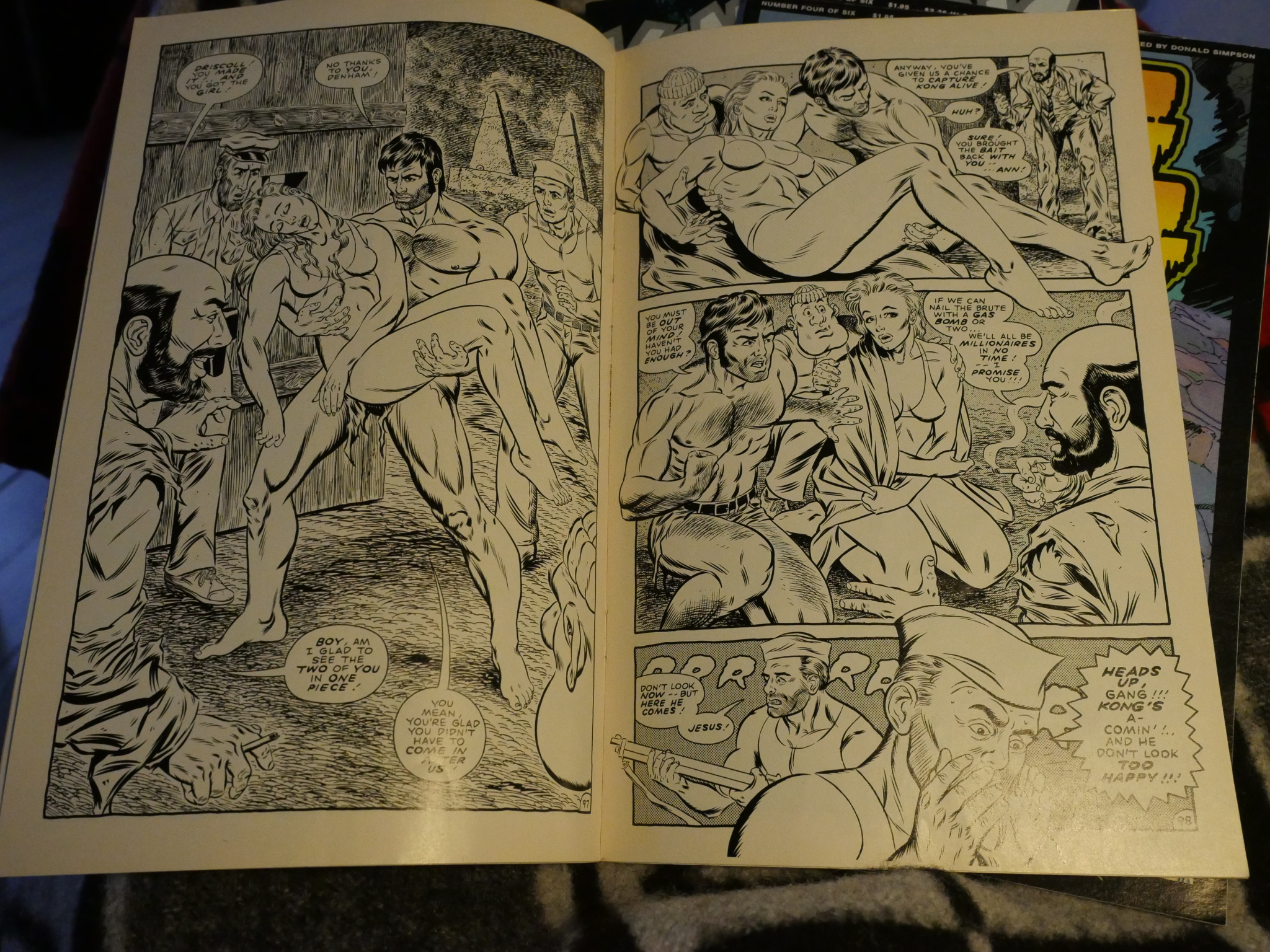 The subsequent four issues are lighter on plot. 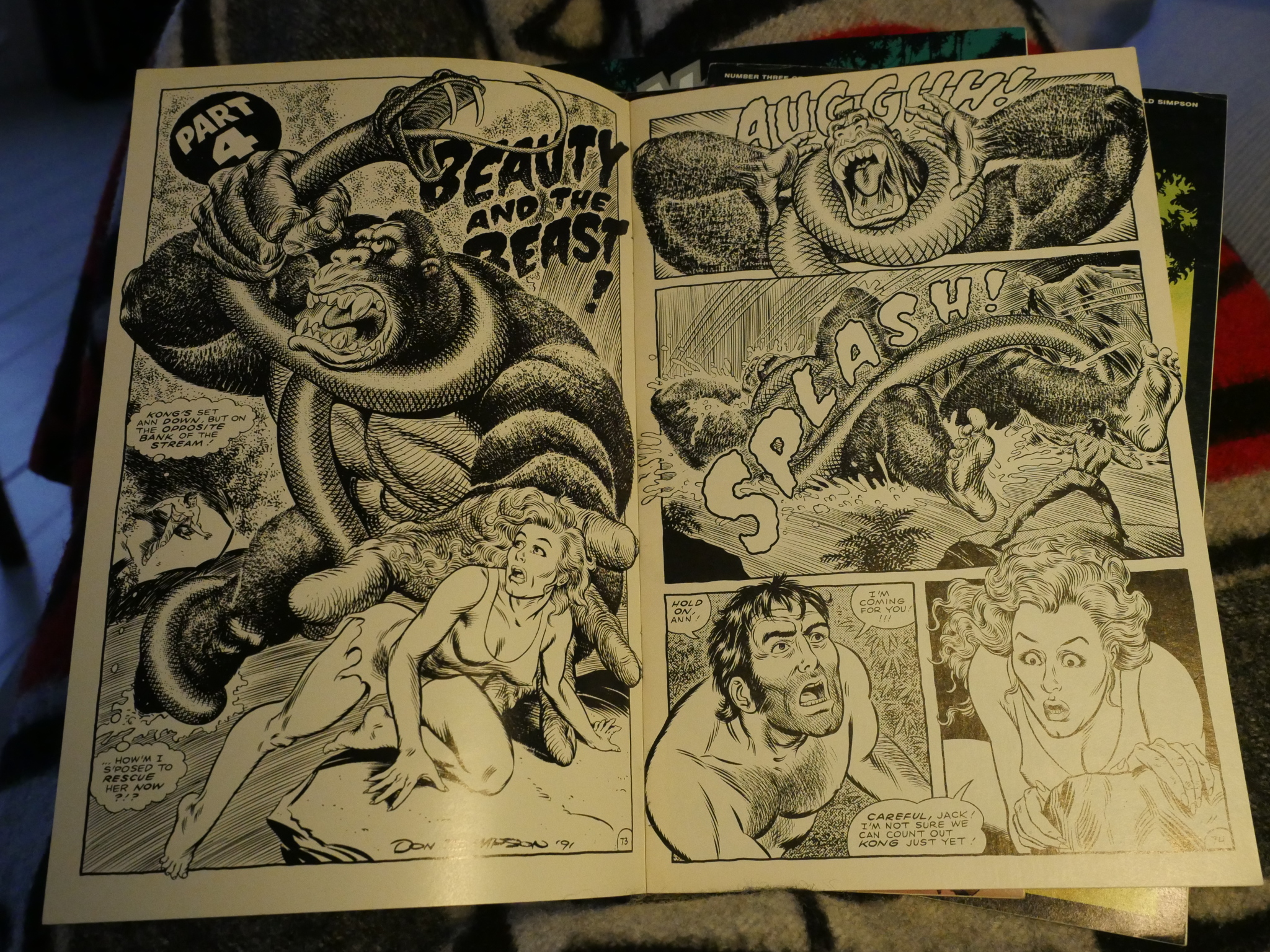 But there’s a lot of pages of Kong fighting various monsters with lightly clad people clambering around the foregrounds. It’s not exactly the best comic ever, but it’s readable. 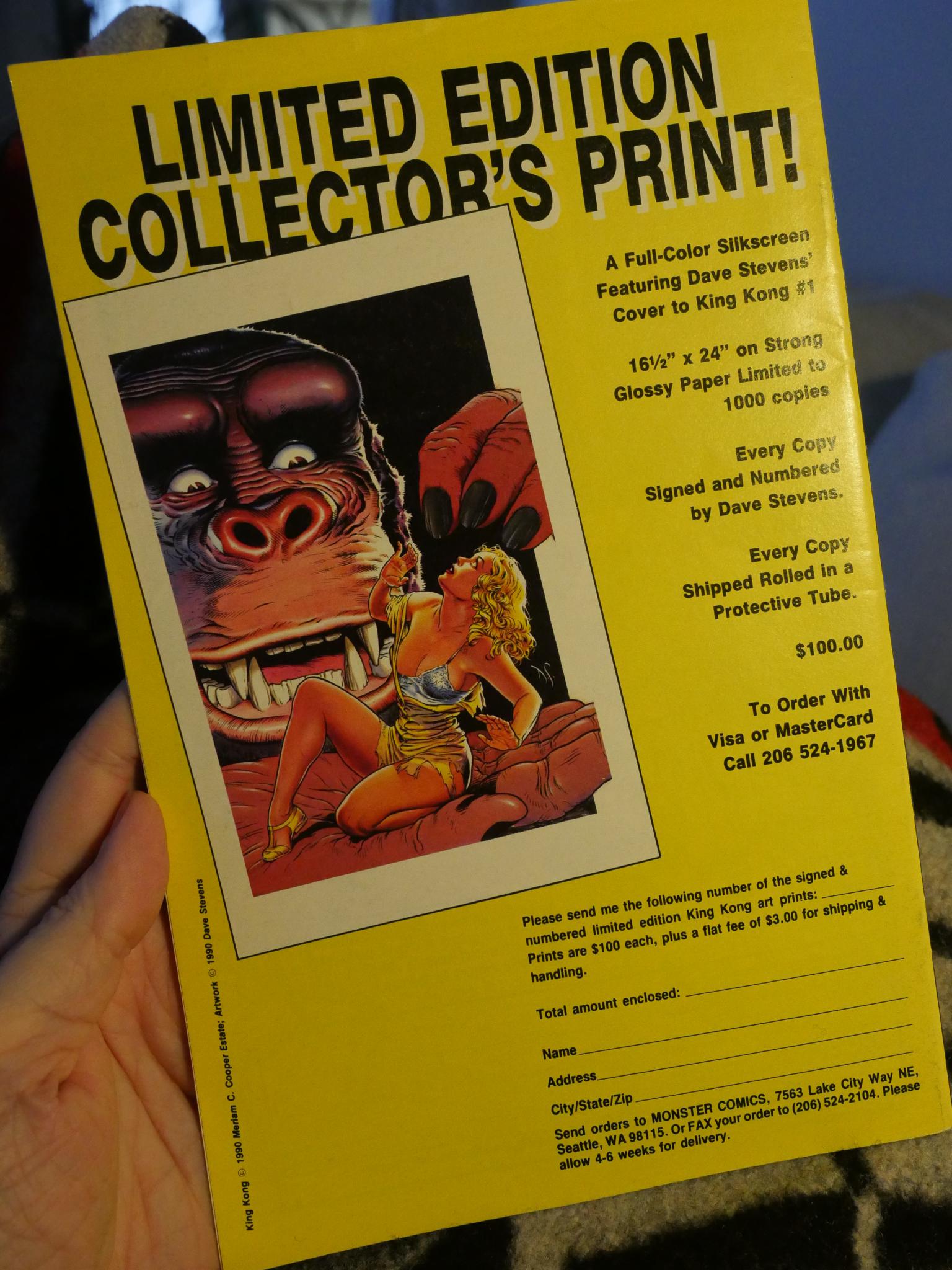 And you could have gotten this $100 limited edition print of the Dave Stevens cover! 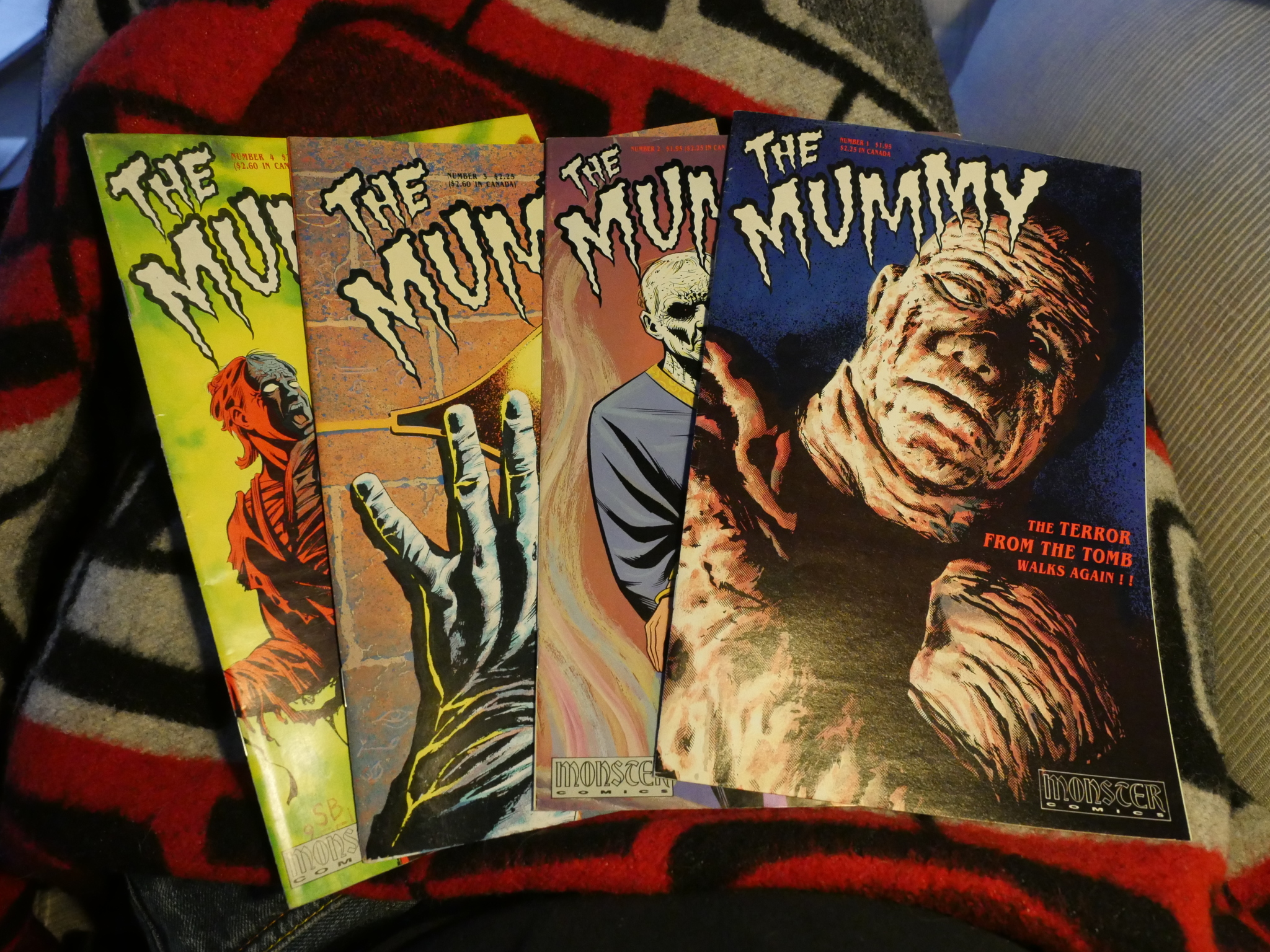 The Mummy (by Scott Baederstadt) is barely readable, but I made it through all four issues. 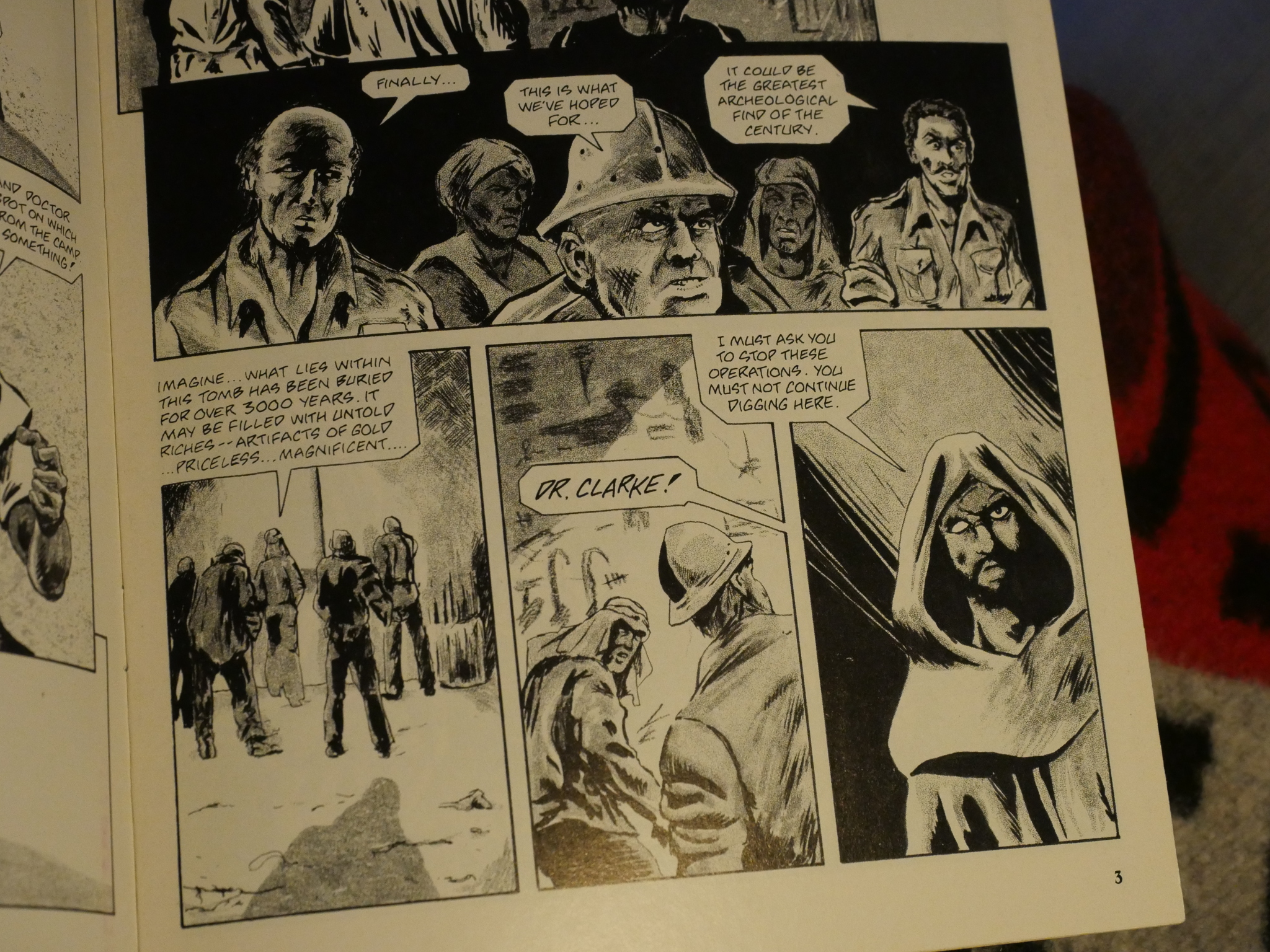 I wonder whether he used duotone paper for the artwork? It looks pretty awful and muddy, anyway… 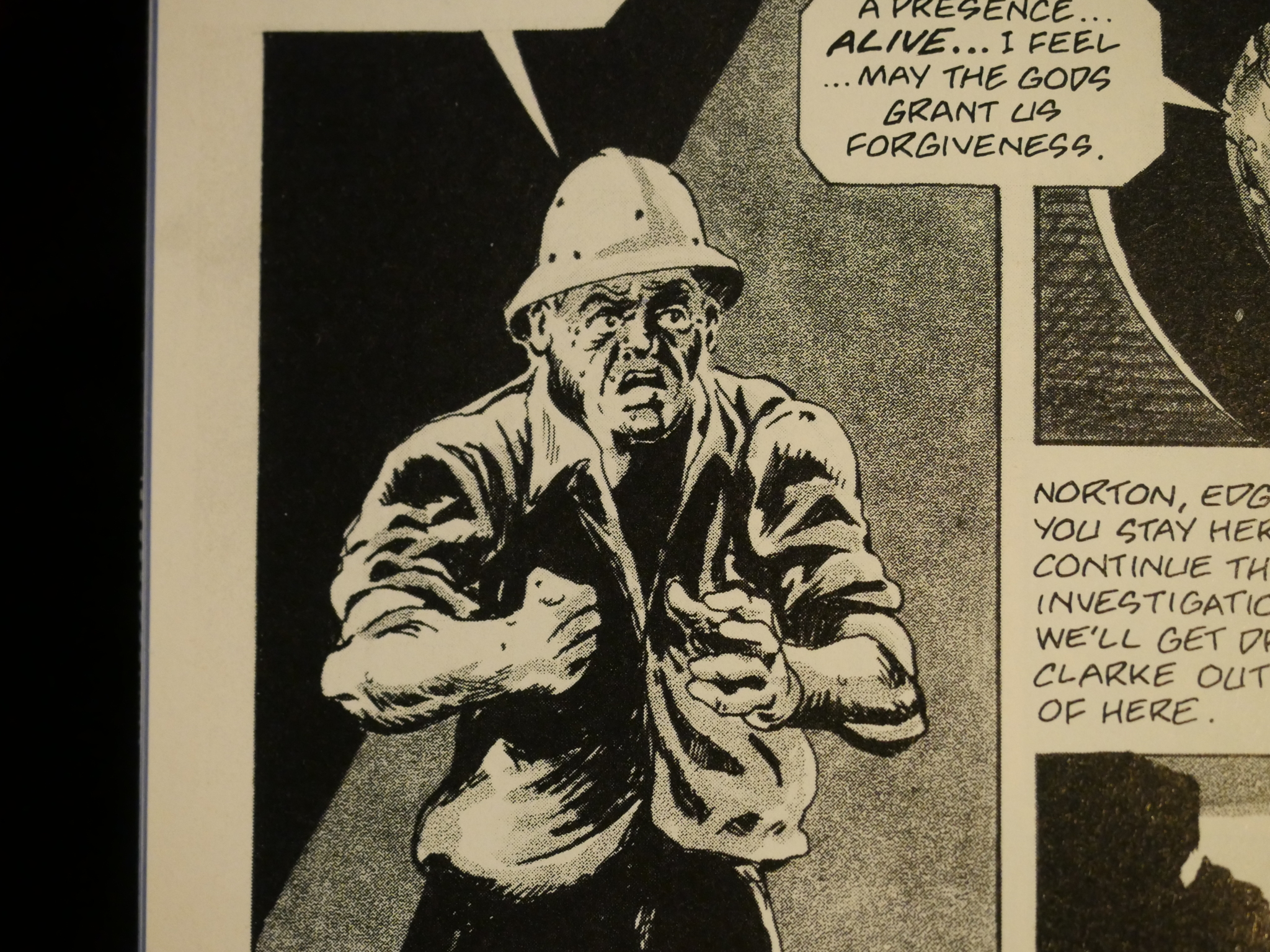 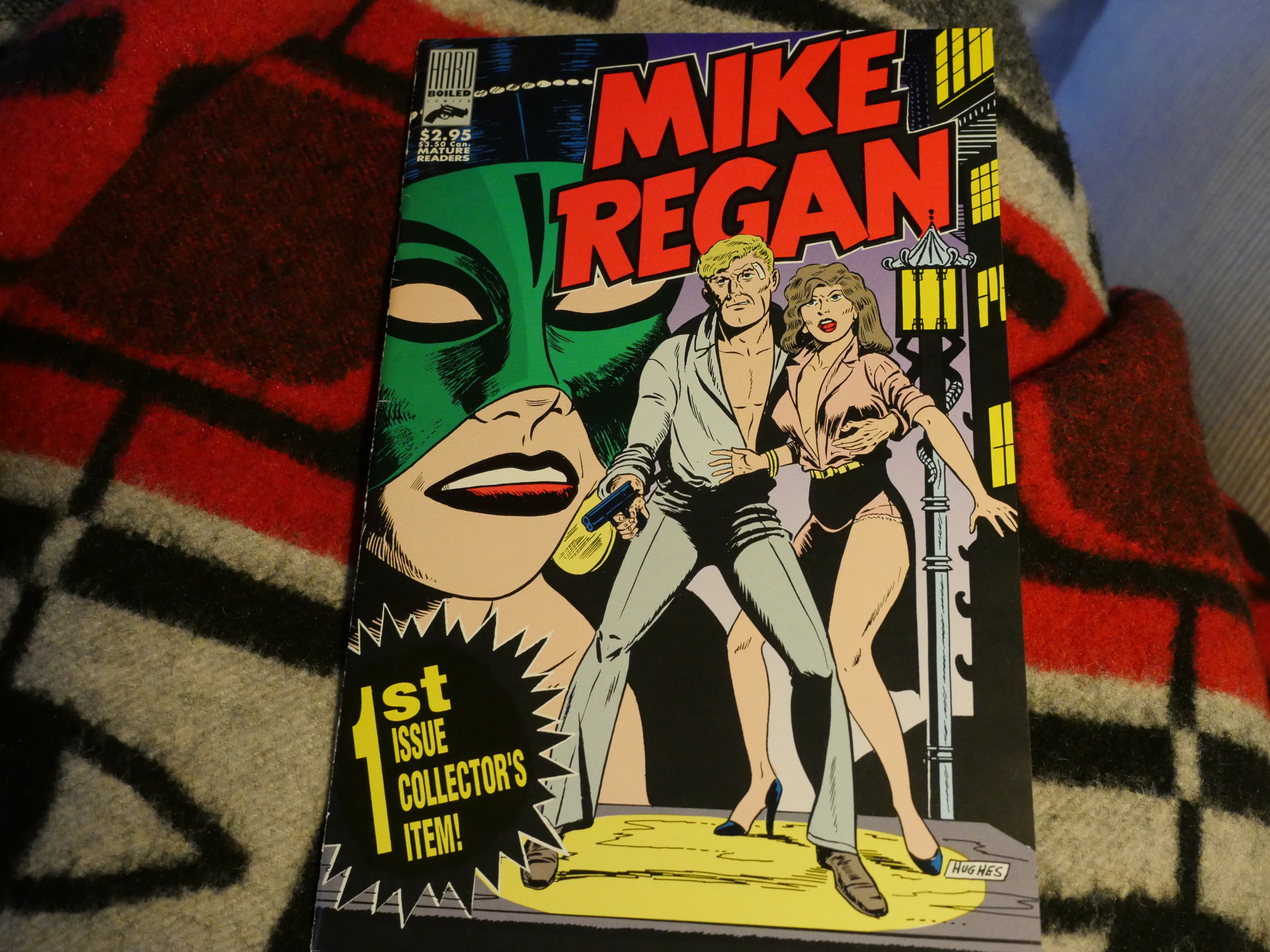 Mike Regan (by Gene Hughes and John R. Luciano) is a pastiche of 40s crime comics. 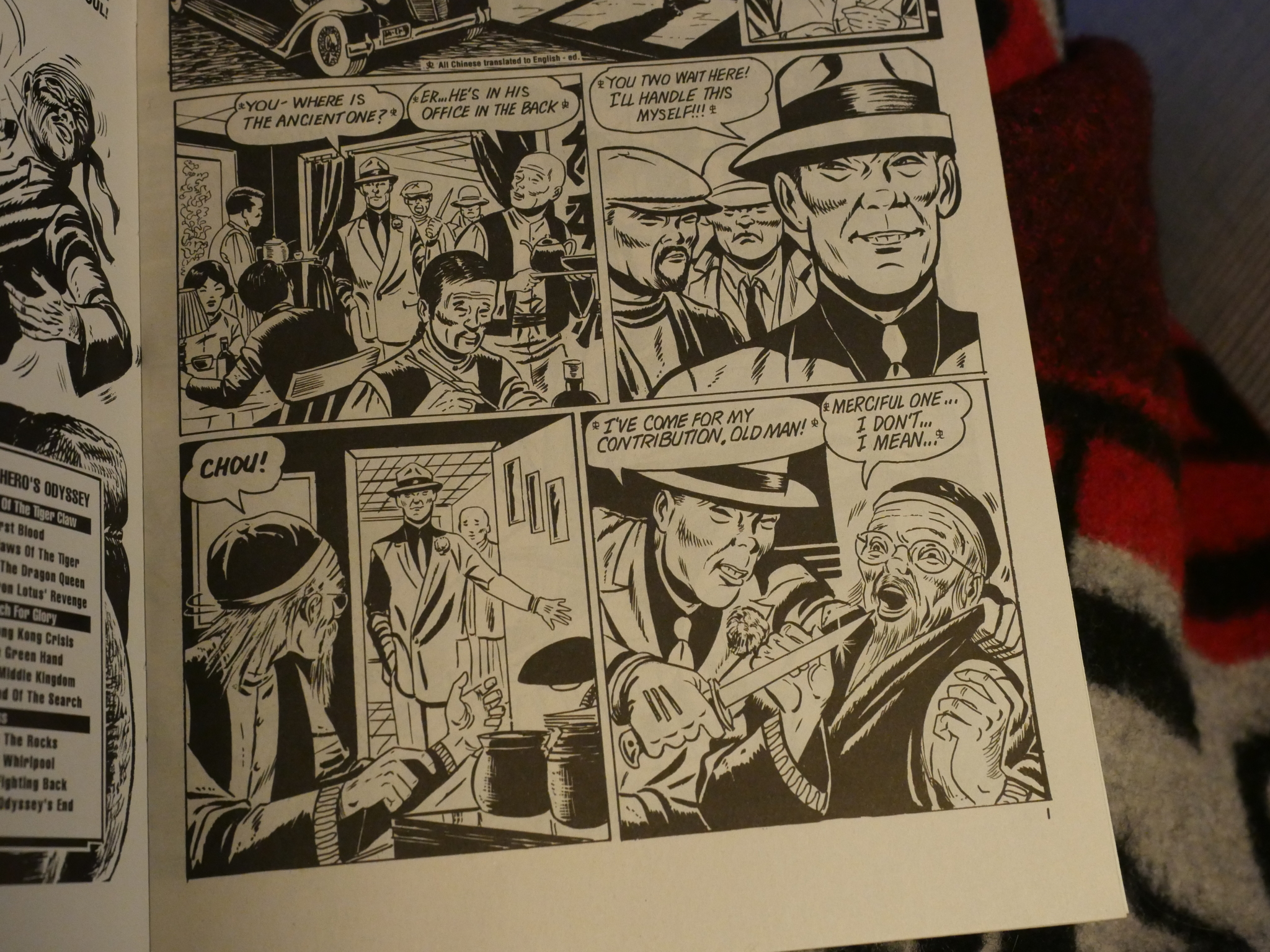 Replete with sadistic Chinese and all the usual stuff. 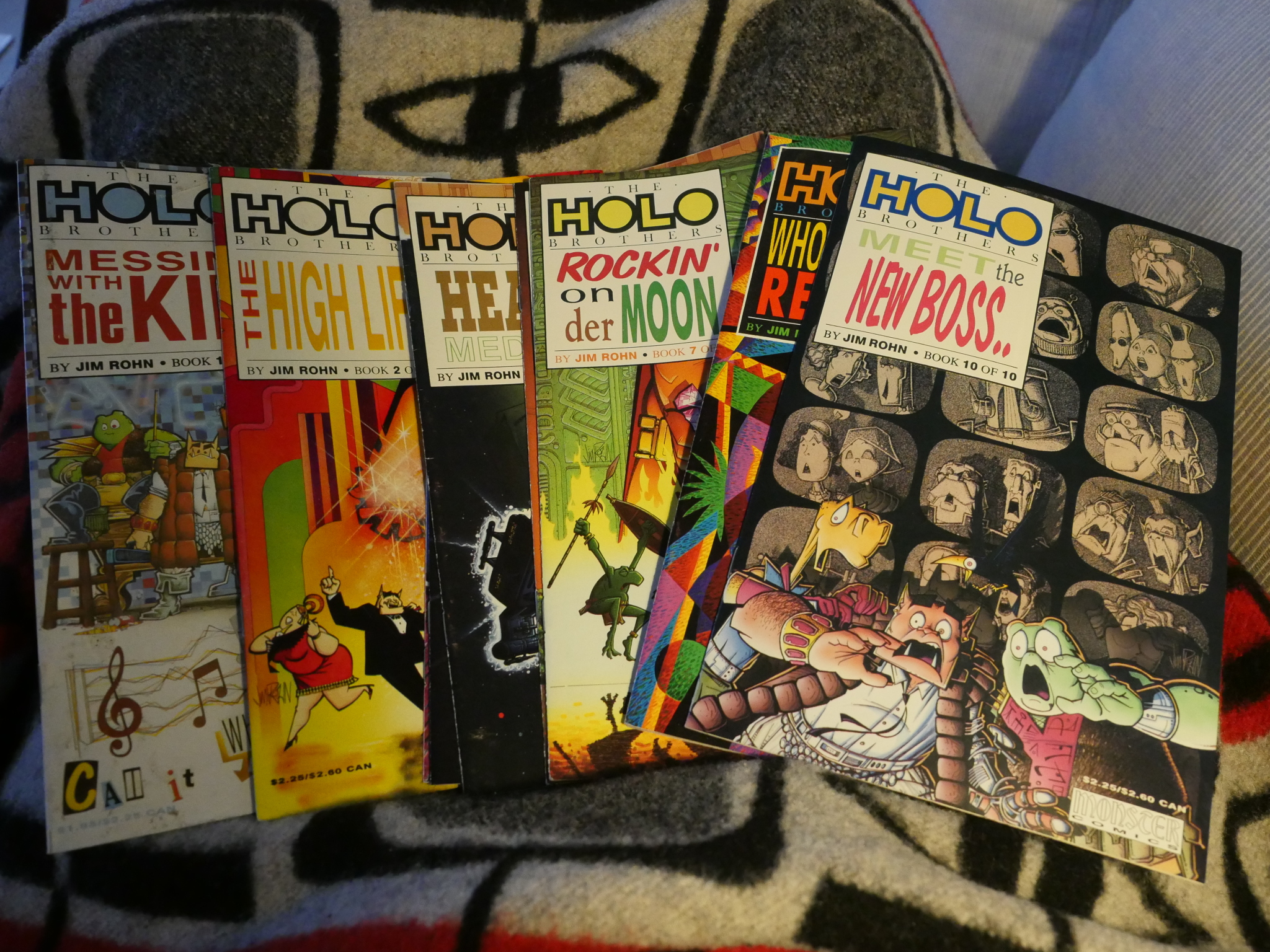 Finally, we have Holo Bros by Jim Rohn. It’s the odd one out here in most ways. It’s a continuation of a story published by Fantagraphics “proper” (in Threat), and it’s the only one of these comics I could see somebody reading voluntarily. (Well, OK, the King Kong had its charms, too) It’s a sci-fi/action/humour kind of thing, and it’s told with a great deal of charm and inventiveness. 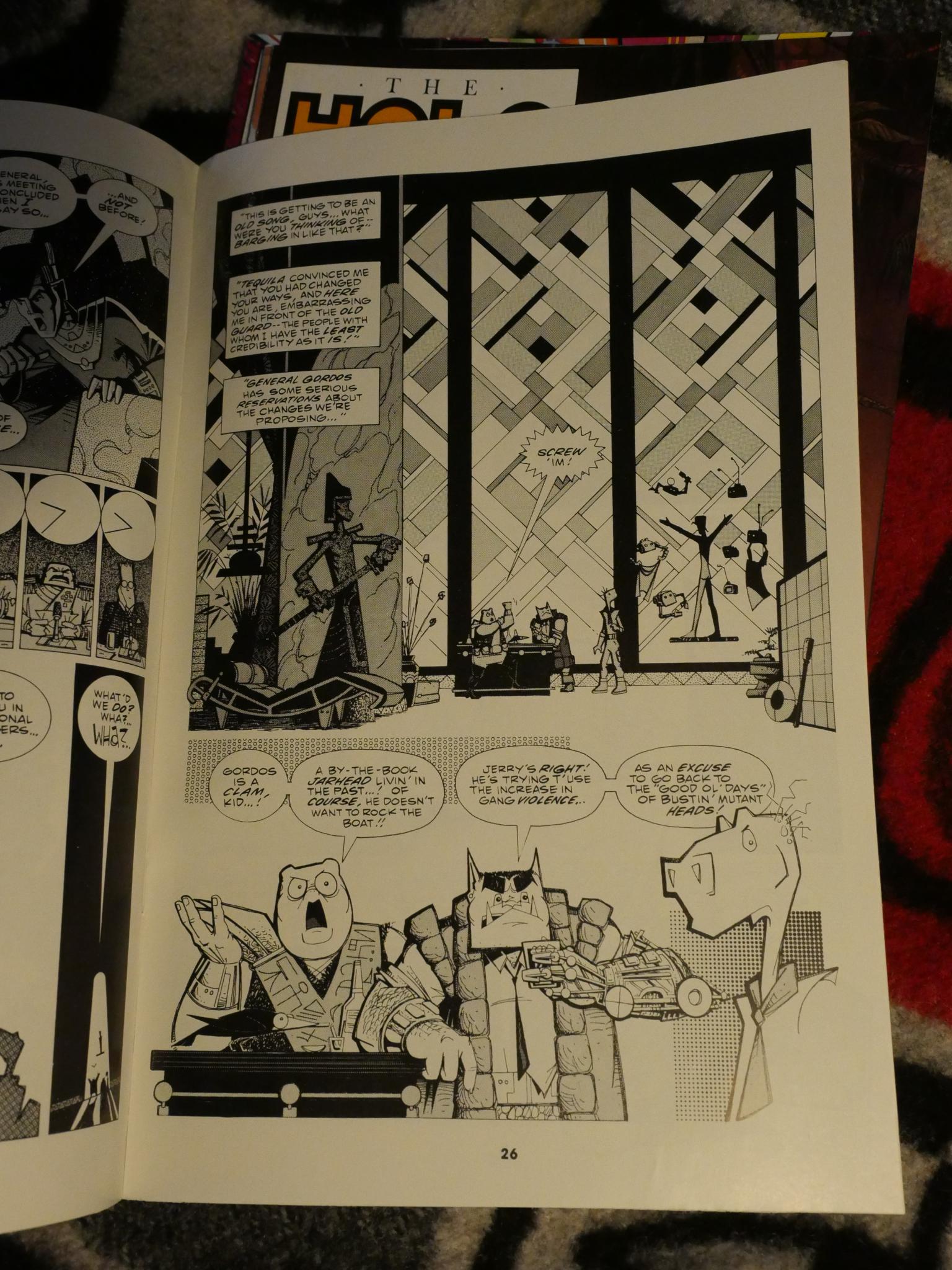 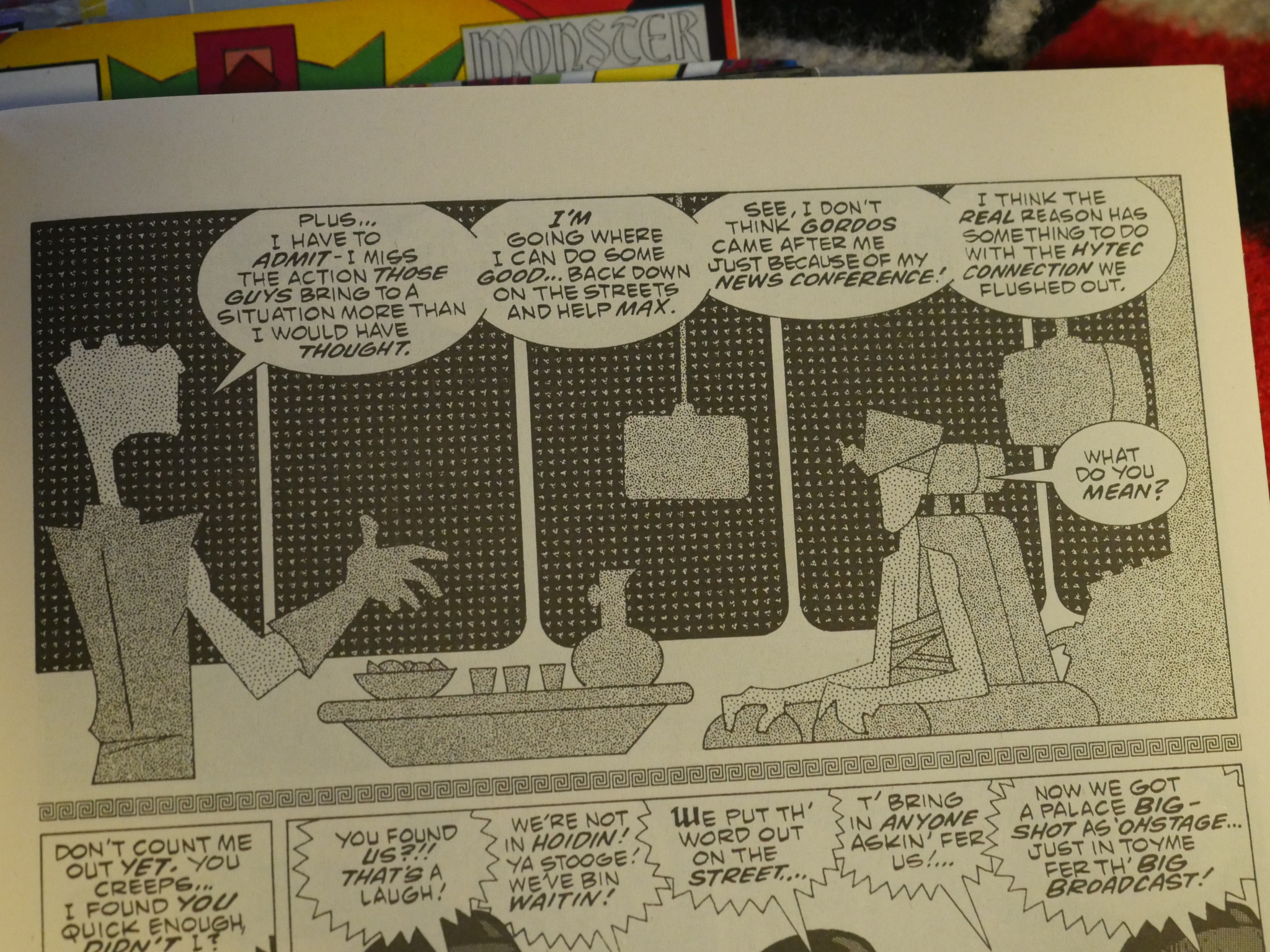 Although sometimes I guess you could make a case for why you shouldn’t go overboard into this much abstraction, but I think it’s fun.

The only way that Holo Bros fits into the “shovel out WHATEVER and let the money roll in” apparent ethos of Monster/Hard Boiled is that there’s fewer story pages per issue than normal: Just 18 a $2.25 pop.

The Monster/Hard Boiled lines didn’t last more than a couple of years, so I would guess they proved not to be as lucrative as they had hoped.

Being mercenary is hard, I guess. I have heard rumours that Monster did publish one thing that’s worth checking out: Freaks by Jim Woodring, F. Solano Lopez and Sam Kieth. That does sound rather spiffy, but I haven’t read it myself, and I don’t think it’s been reprinted.

Which sounds rather weird, but then again, I’ve never understood anything about publishing. And speaking of reprints, if Fantagraphics were to create a “Eros Comix that didn’t suck” line of reprints, I think that’s something that would be appreciated.

It might be a rather small line of reprints, though.