Trucker Fags in Denial by Jim Blanchard and Jim Goad. 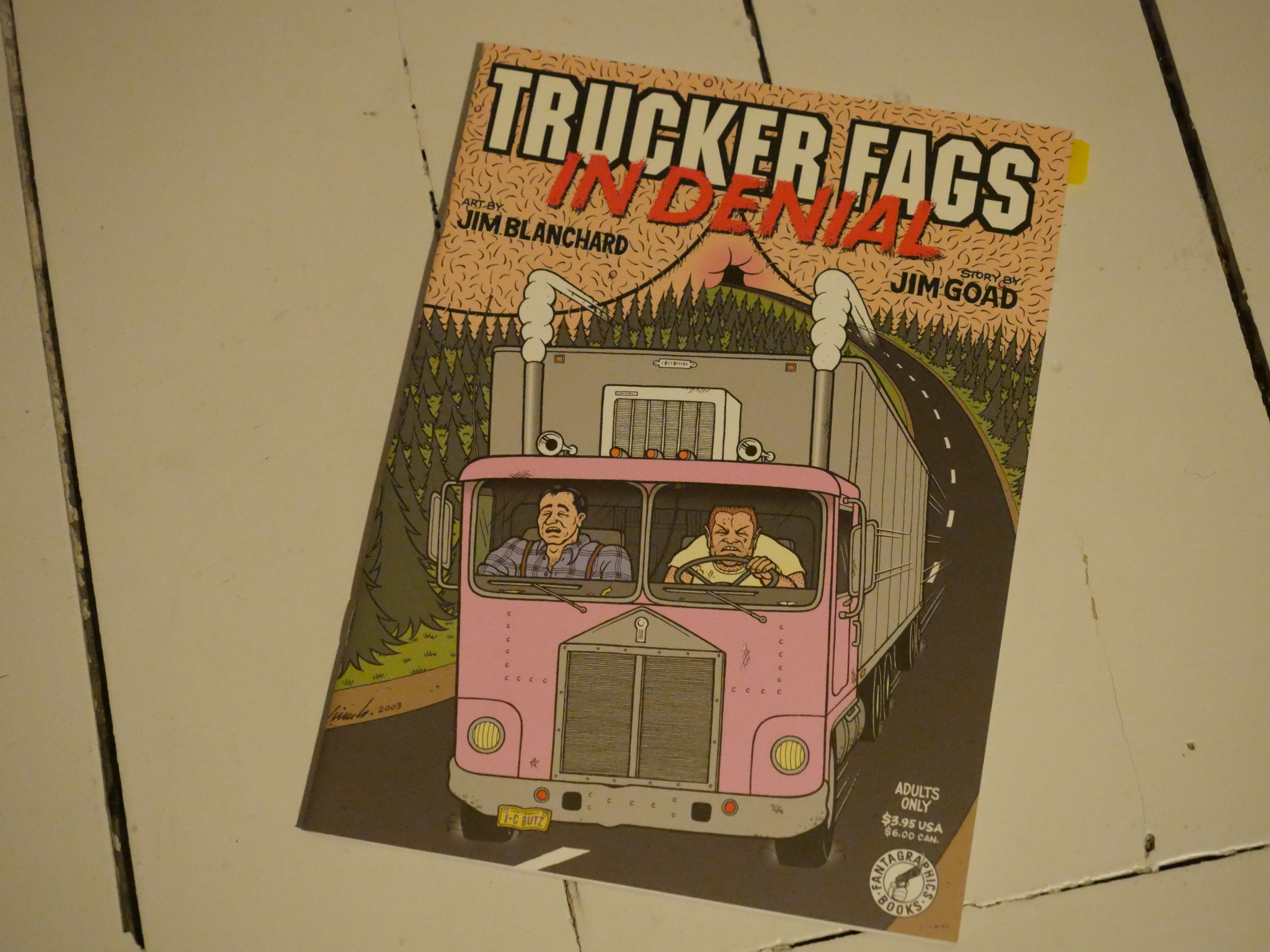 This is a collection of a monthly single page comic that was originally serialised in Exotic magazine. Jim Blanchard is perhaps still most famous as the inker for Peter Bagge’s Hate in the 90s, but he’s also released a number of solo collections. 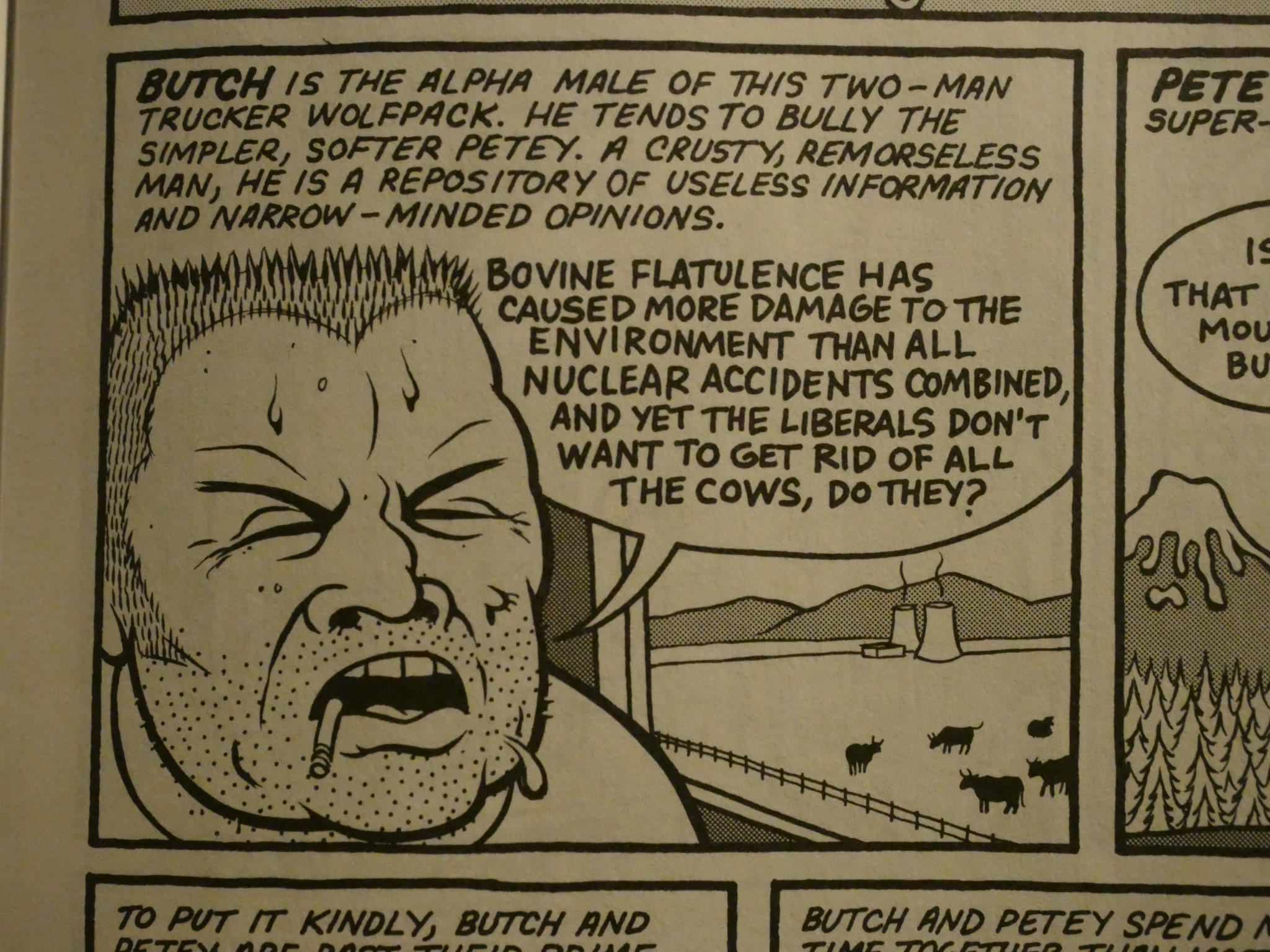 This comic is a high concept story where, basically, all you need to know is in the title. 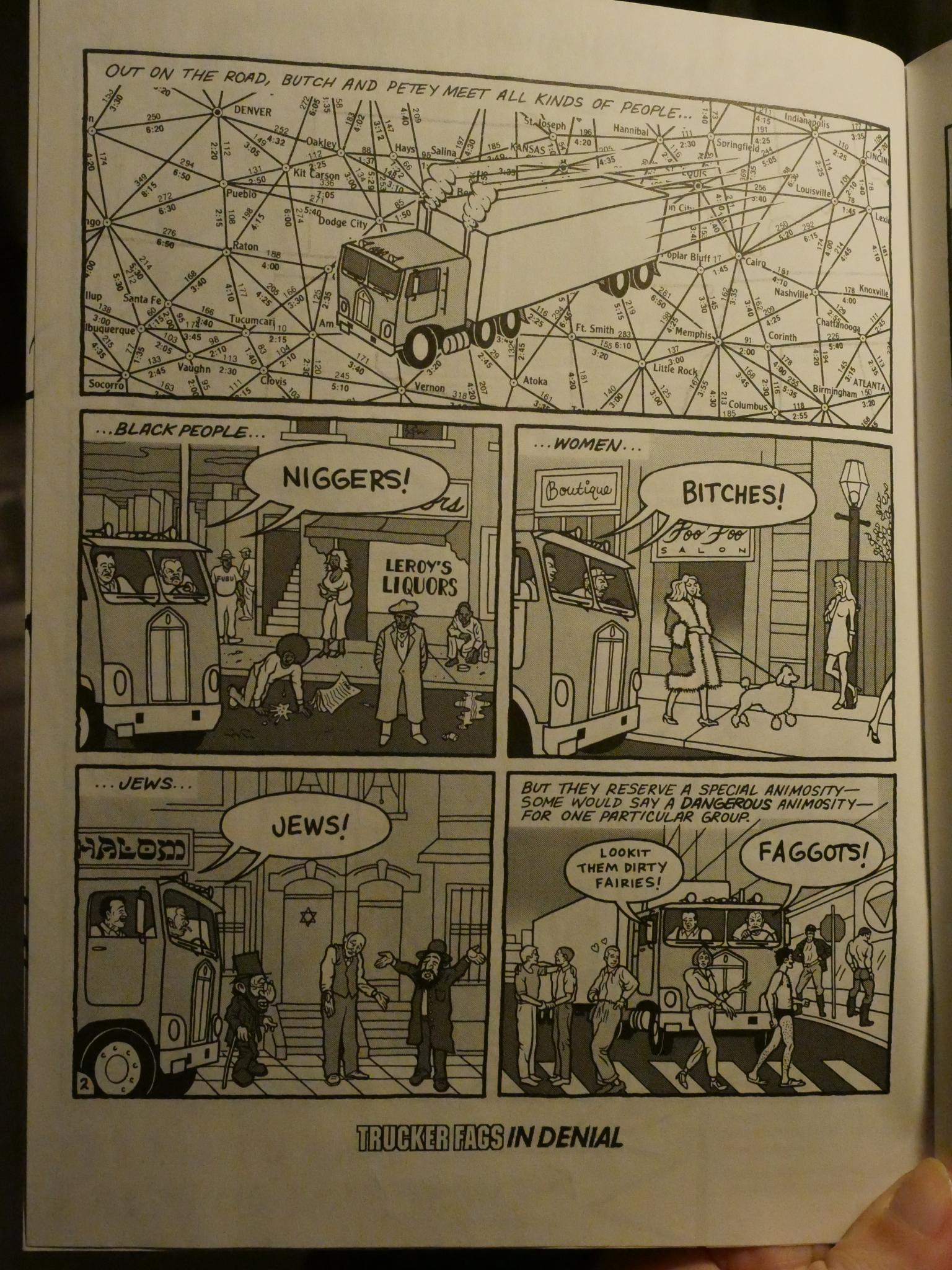 While the humour is meant to be offensive, it’s less dedicated to offence, than, say, Angry Youth Comics. 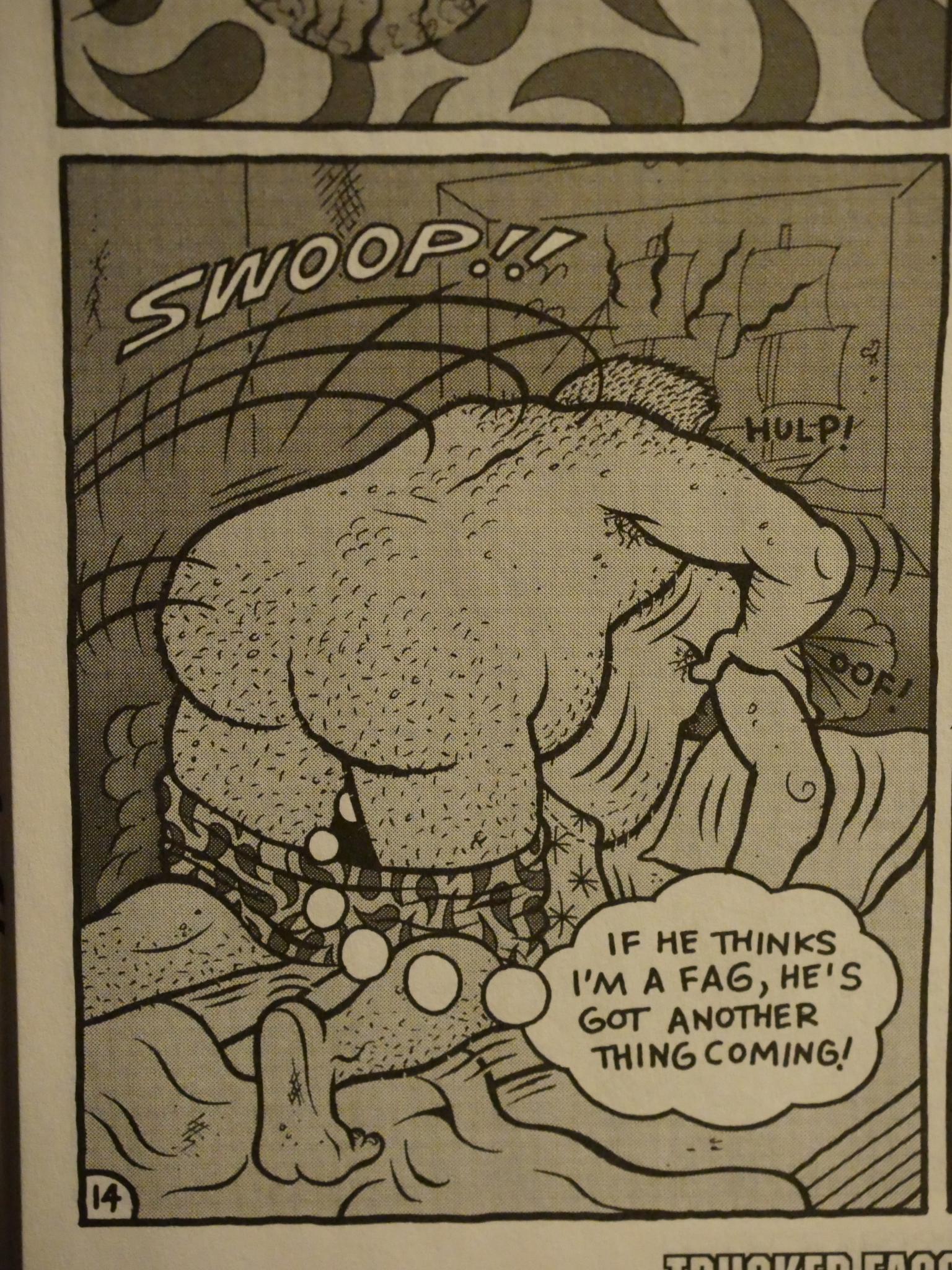 There’s quite a bit of sex here, and the storyline isn’t very well-developed, but it’s pretty amusing. The artwork is rather basic, though, with stiff figures and not very convincing faces. I like the line, though. 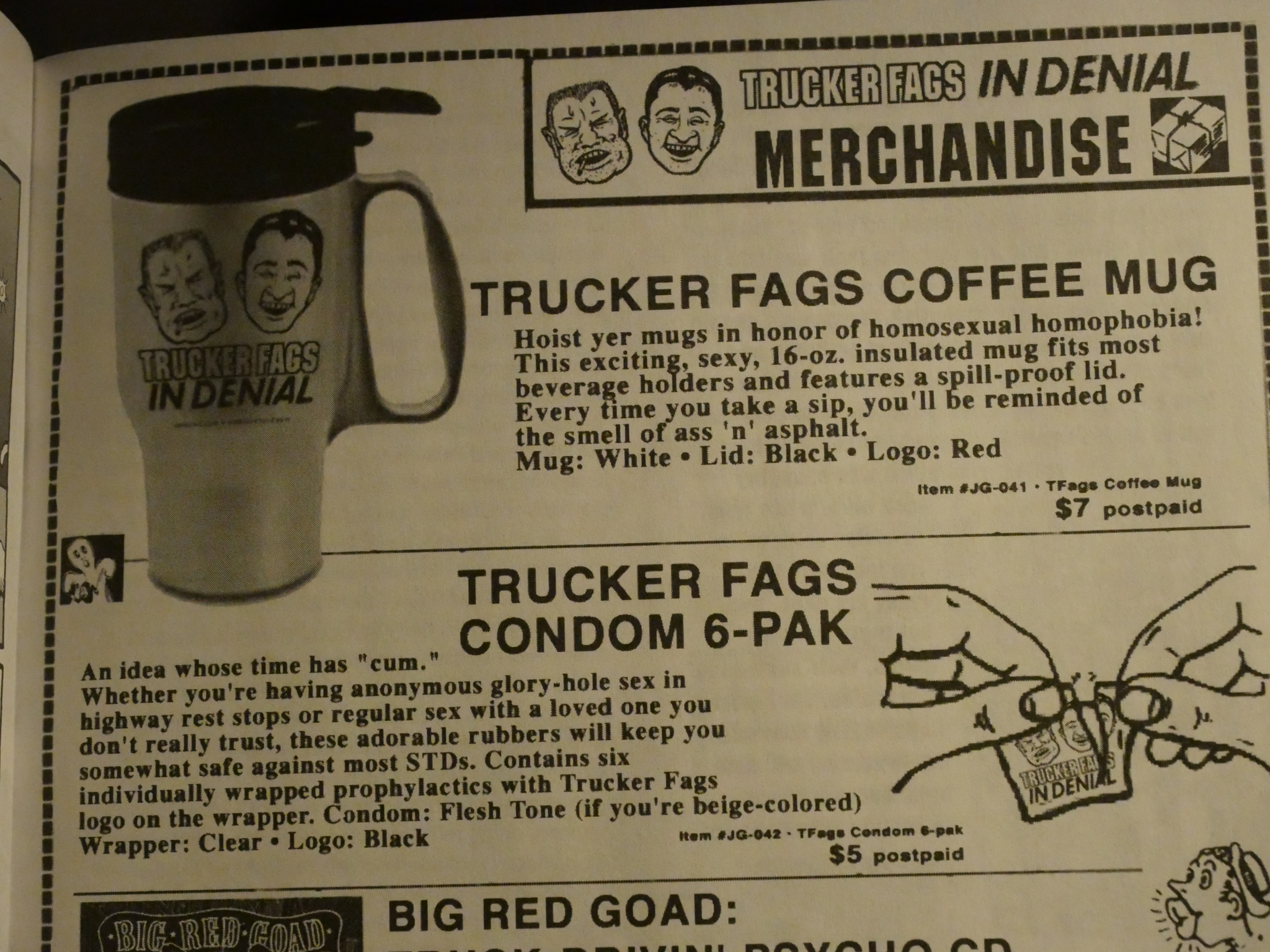 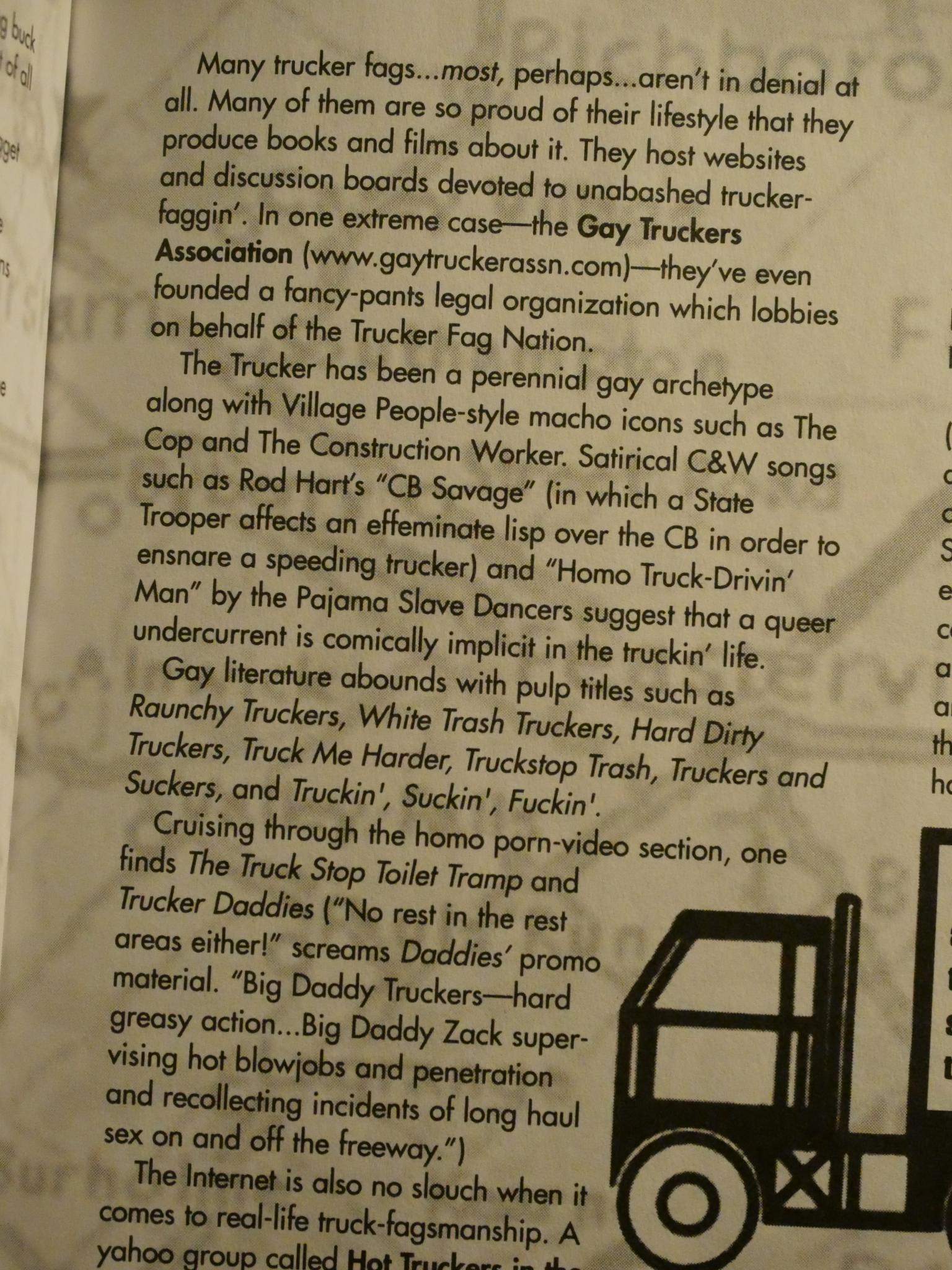 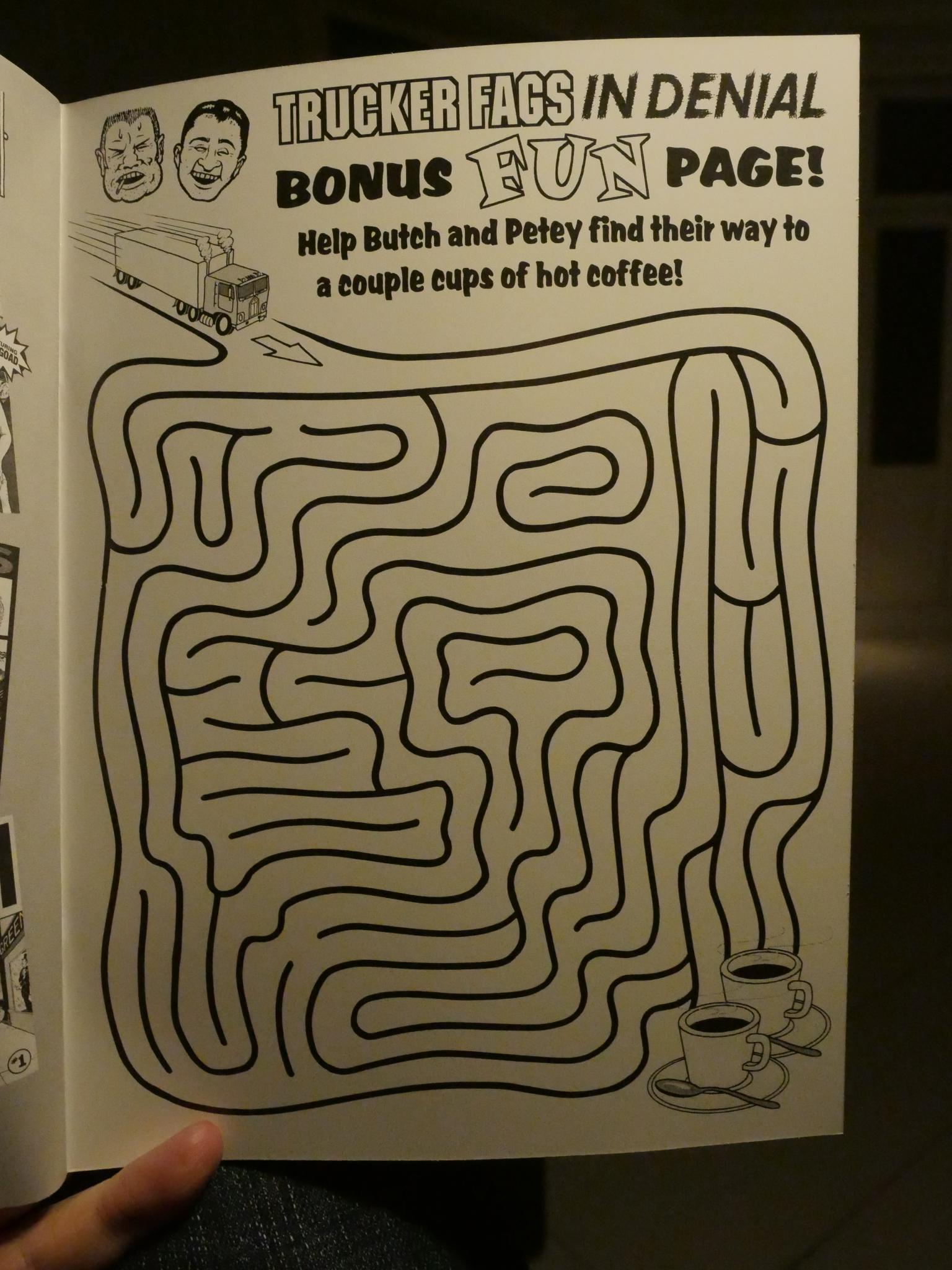 … and an activity page. What more can you ask for?

I didn’t buy this comic at the time, so I had to buy it now. The price it demands now is pretty steep.