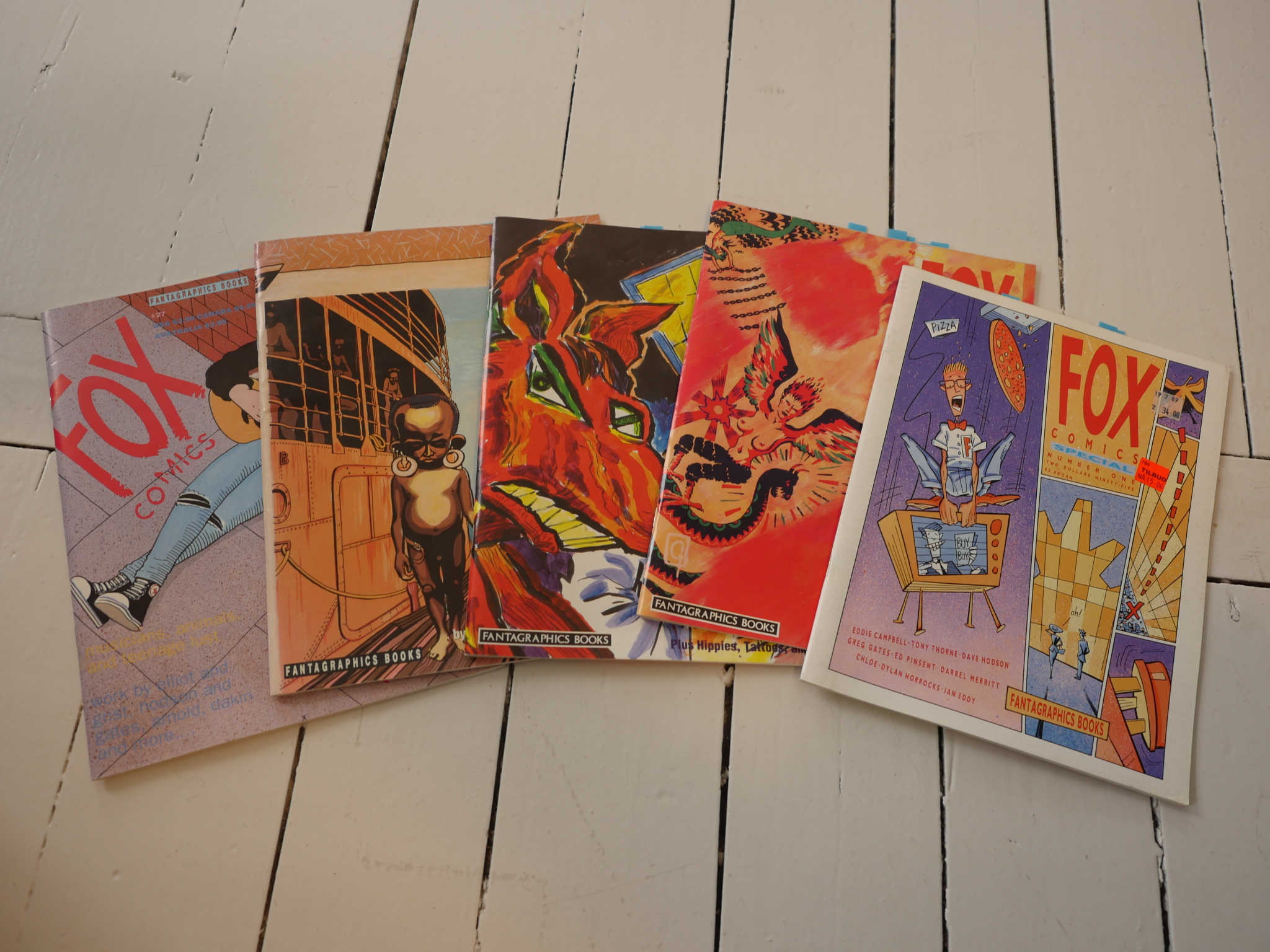 The first twenty-three issues of Fox Comics were published in Australia, but they apparently wanted to get wider distribution by publishing through Fantagraphics. And that worked: Just see, I bought those issues.

I’ve been trying to find the Aussie-only issues over the years, and here’s the total result: 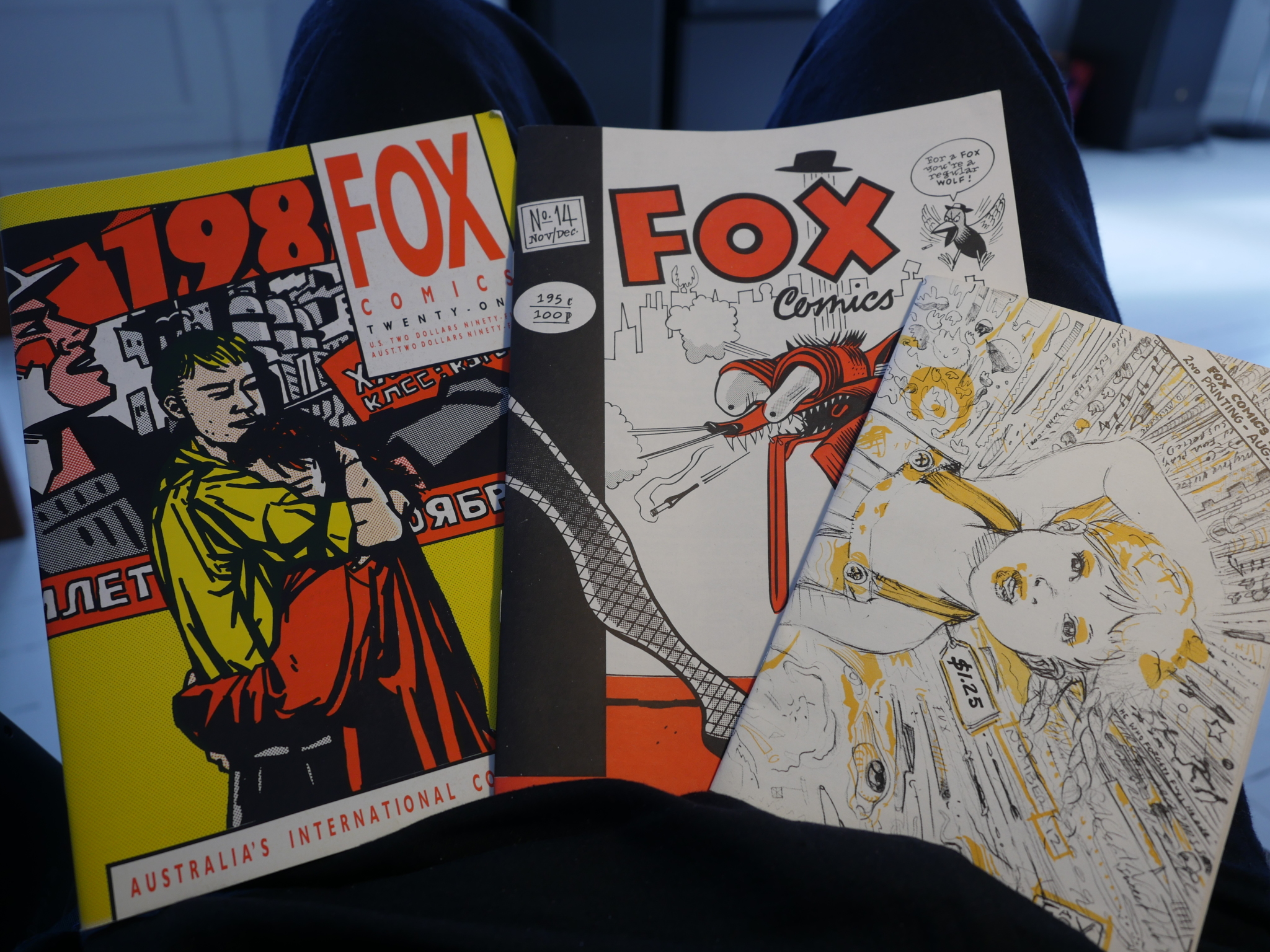 Yes, a grand total of three issues, but the editorial in the first Fantagraphics issue (which reprints stuff from the previous issues) helps explain why: 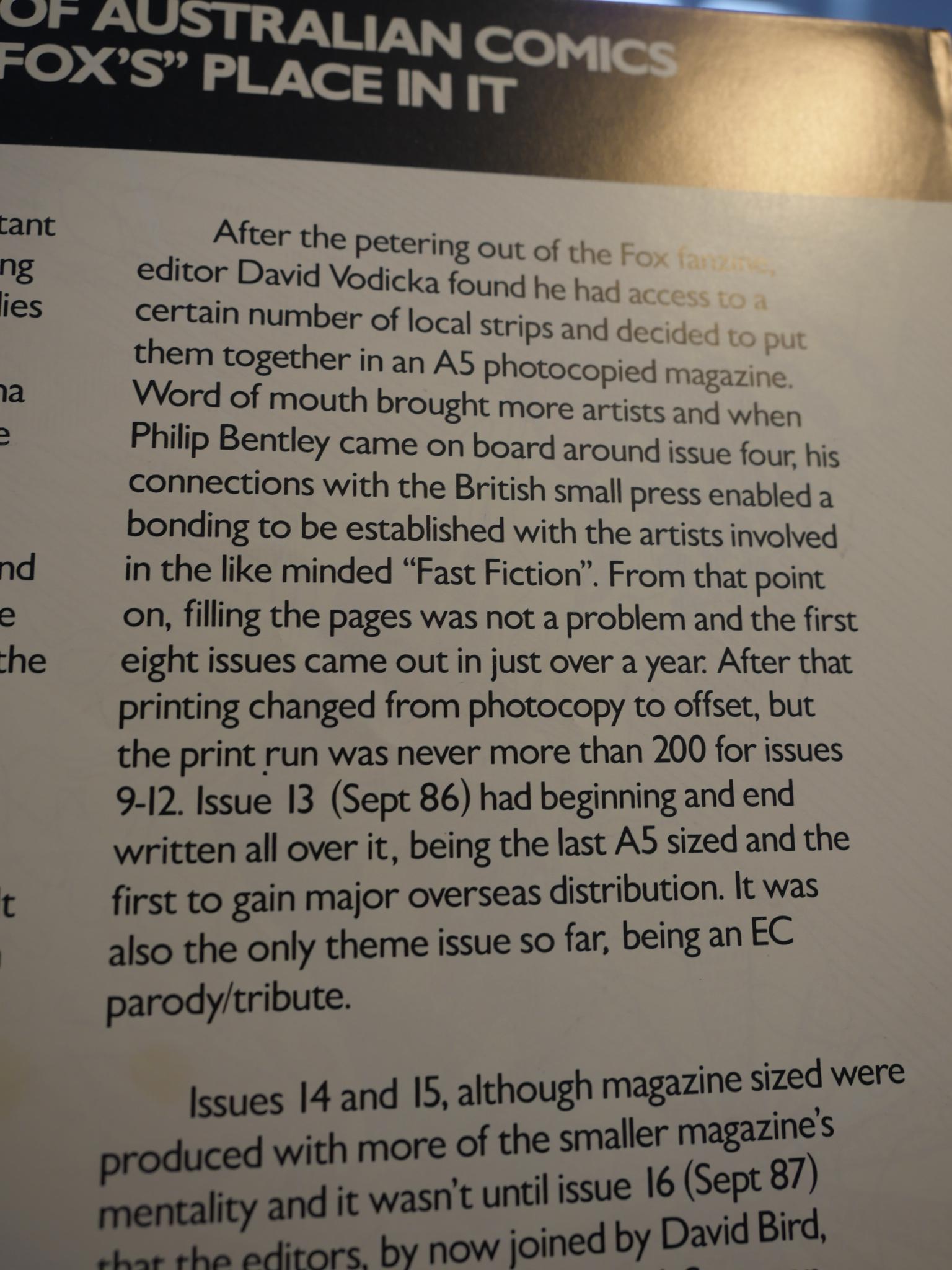 Yikes. If the first dozen issues had a print run of 200, the chances of me ever getting to read them seems pretty slim. The subsequent issues seem conceivable, though, even if they never seem to pop up on Ebay, in my experience. (Although searching for them there is pretty tricky, since there’s an American old published also called Fox Comics…) 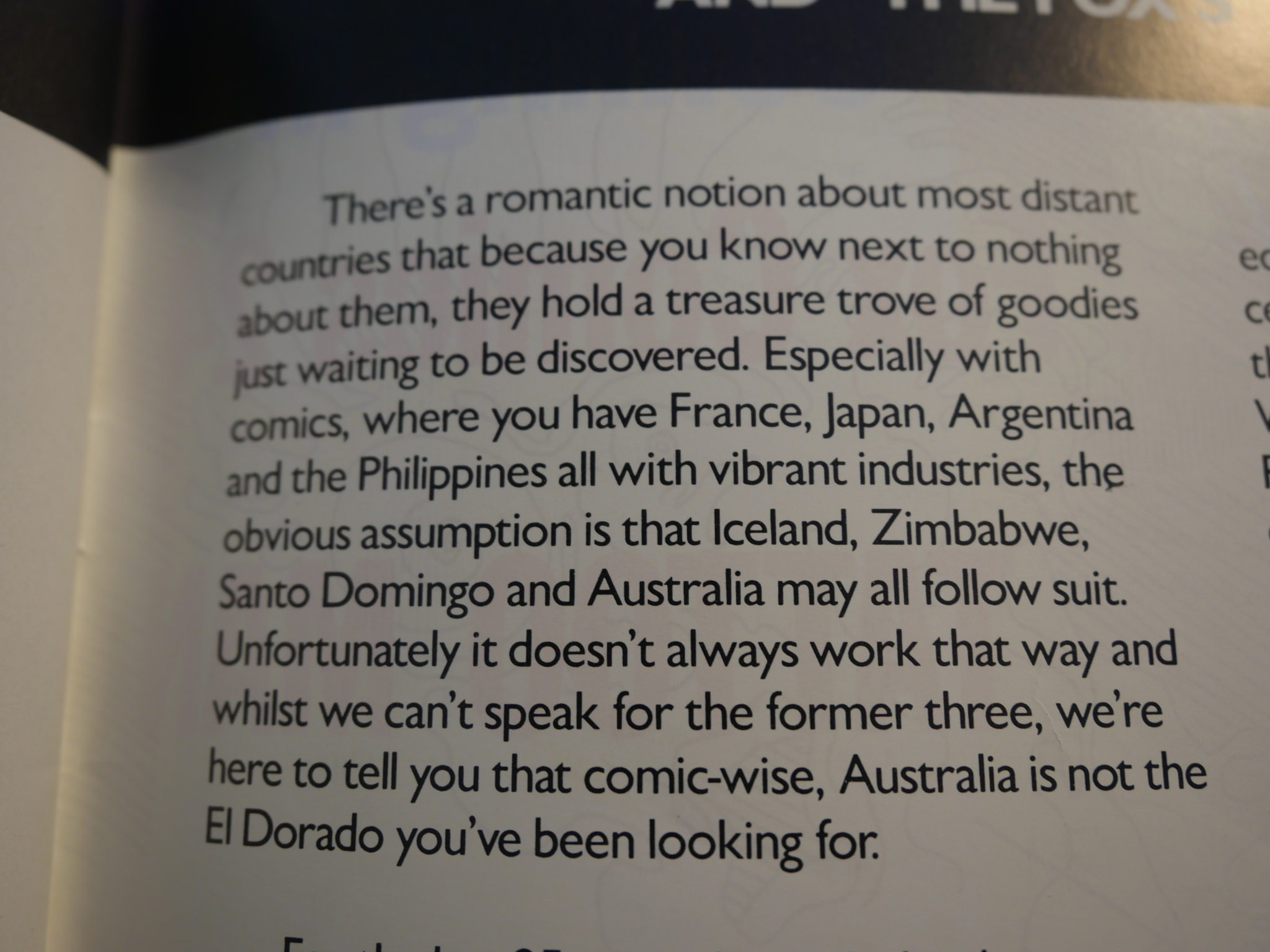 Anyway, the editorial explains frankly about what the Australian comics scene was like in the 80s. 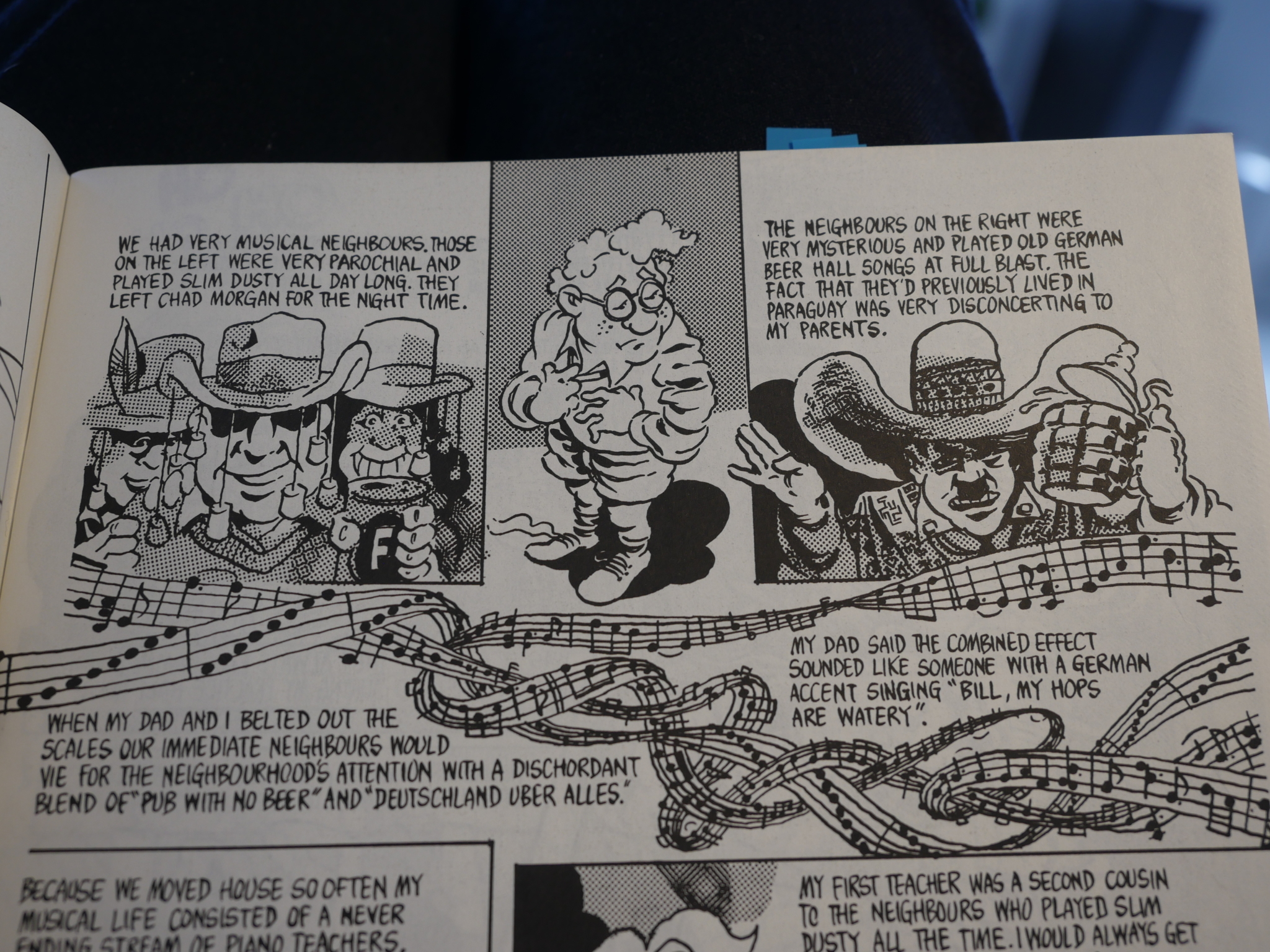 I re-read the three non-Fantagraphics issues I had, and it seemed like the magazine had taken a journey from being all funny all the time to try to also feature more ambitious and serious work. Lazarus Dobelsky and Ian Eddy’s work is in the former camp, but being funny isn’t all bad either, eh? 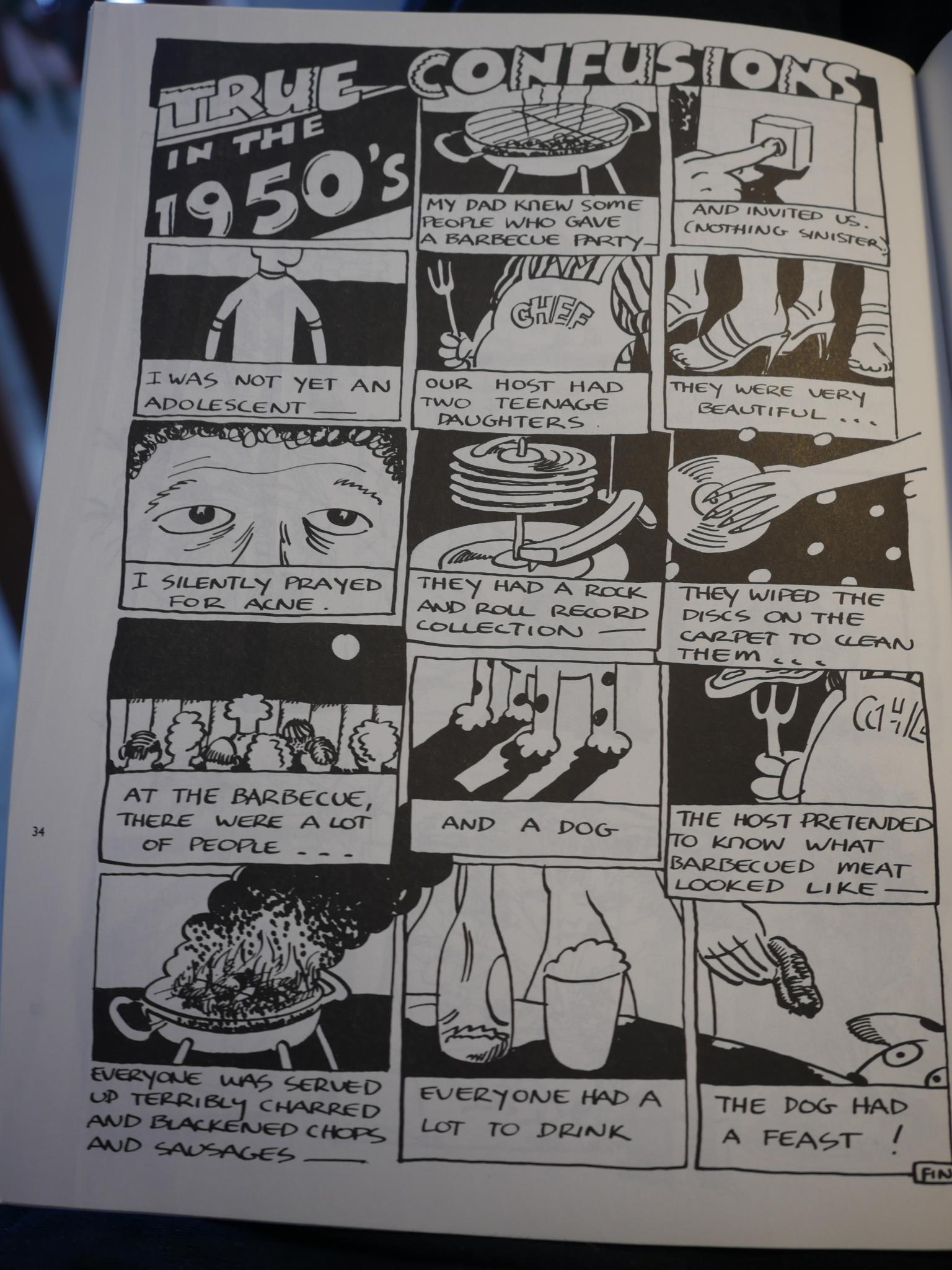 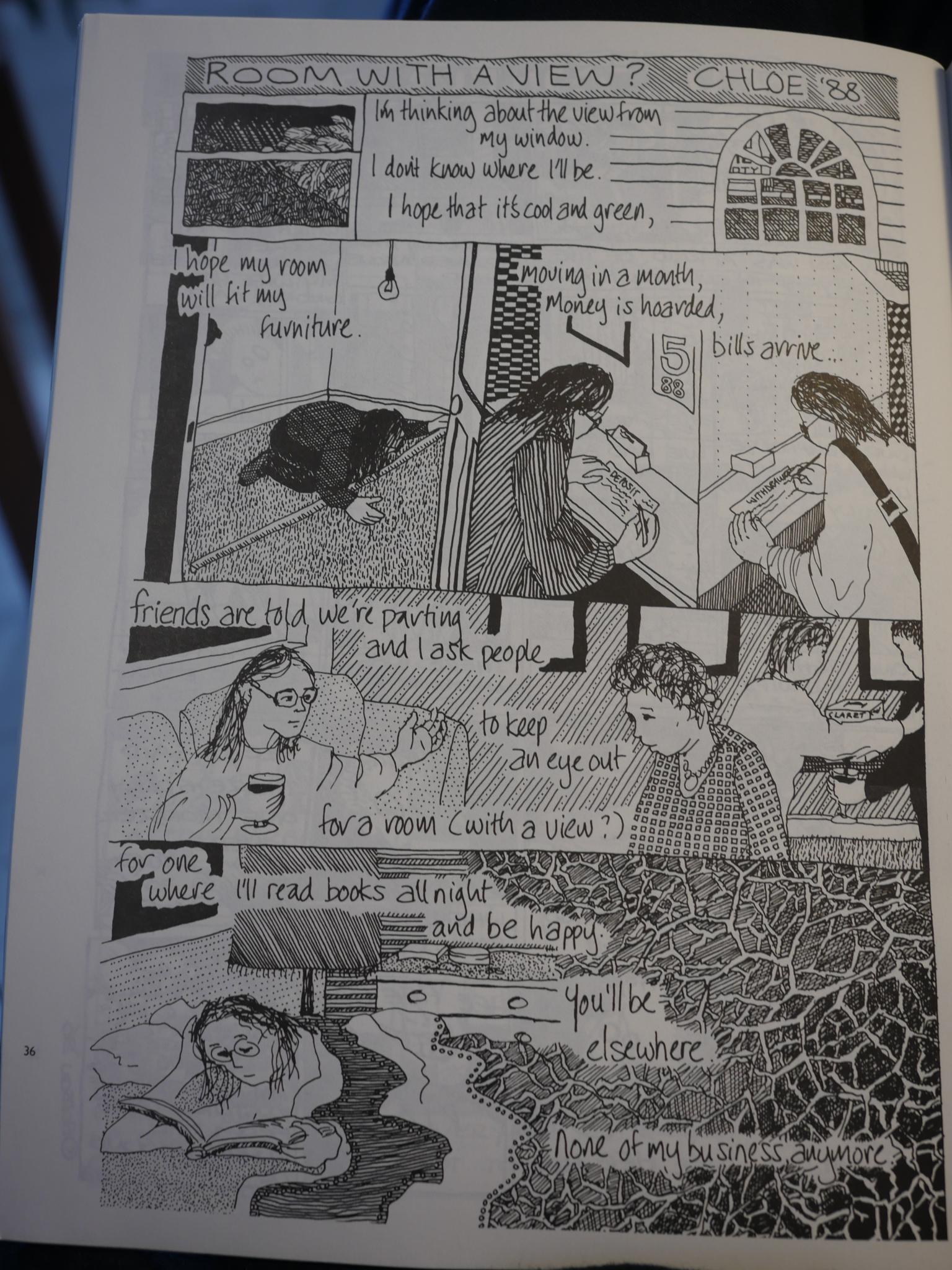 But perhaps the most distinctive stylist here is Chloe Brookes-Kenworthy. In her strip in Fox Comics #13 she’s using traditional panel borders with gutters between the panels, but in her work in all the Fantagraphics issues, she drops the gutters, and later she also drops the panel borders themselves, just using obsessively different hatching in each panel to separate the panels.

Combined with sometimes ambiguous text (never dialogue) floating over the images, it gives it all a non-premediated feeling, like we’re connecting directly to her. It’s a very strange and pleasant reading experience. 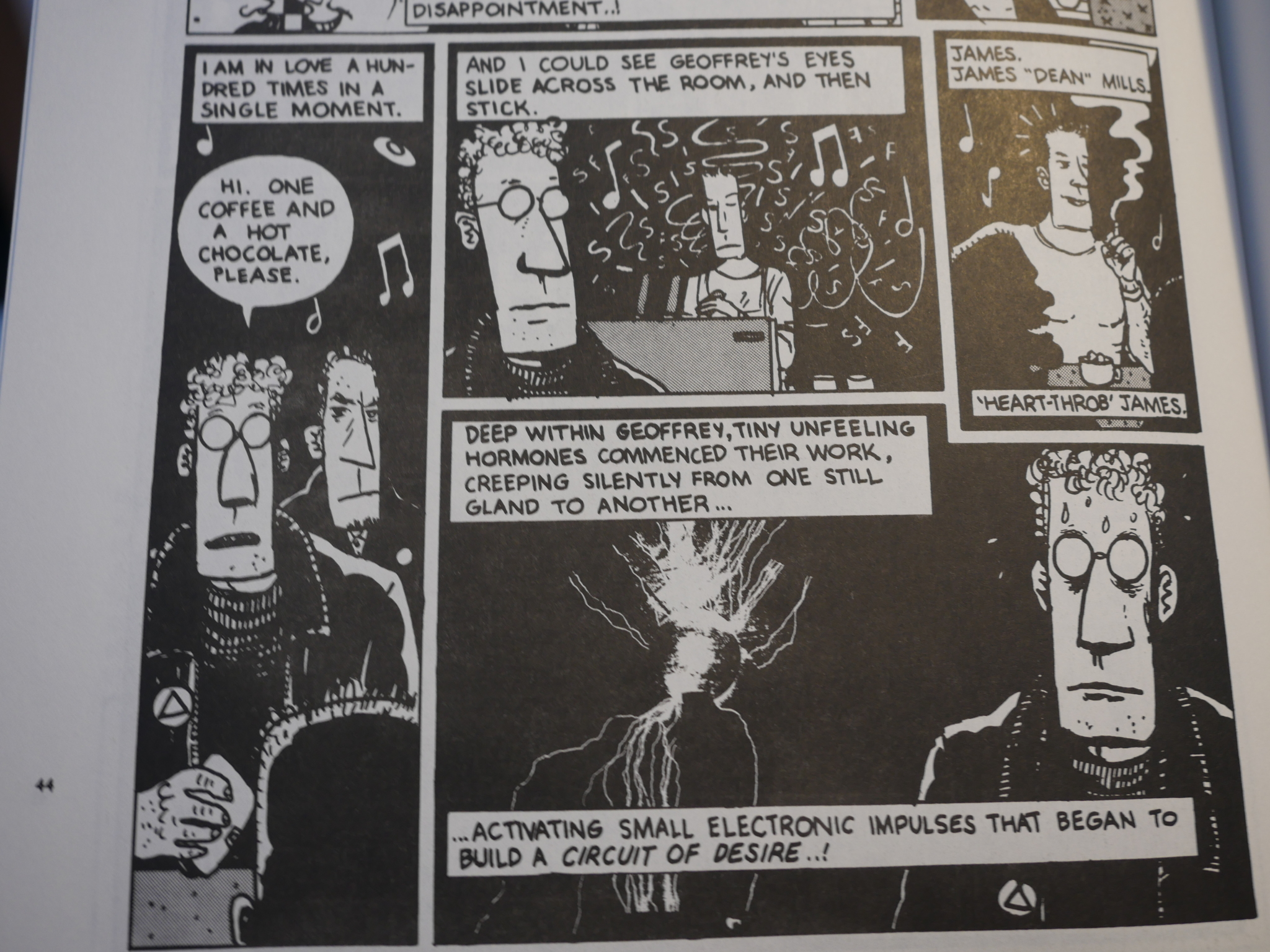 And it’s not all Australians, either. Here’s an excerpt by New Zealanders Kupe and Dylan Horrocks, but there’s also a solid British contingent in all the issues (Eddie Campbell, Glenn Dakin, Ed Pinsent). 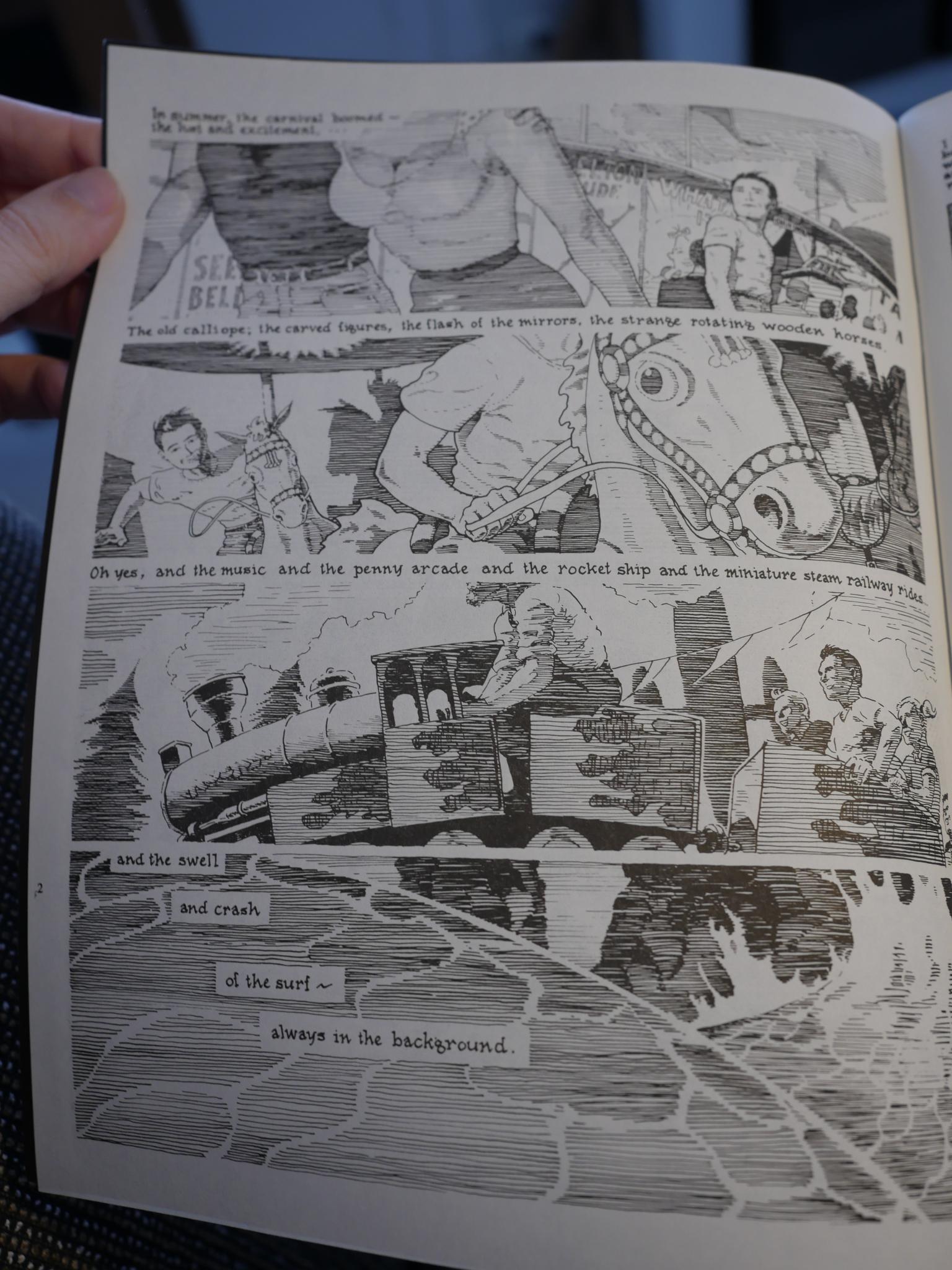 There’s only one continuing serial story here, and it’s The Tattooed Man by Dave Hodson and Greg Gates. It’s a fantasy, sort of, centred around a carnival. It’s not completed by the time the magazine is cancelled, but it looks very pretty. 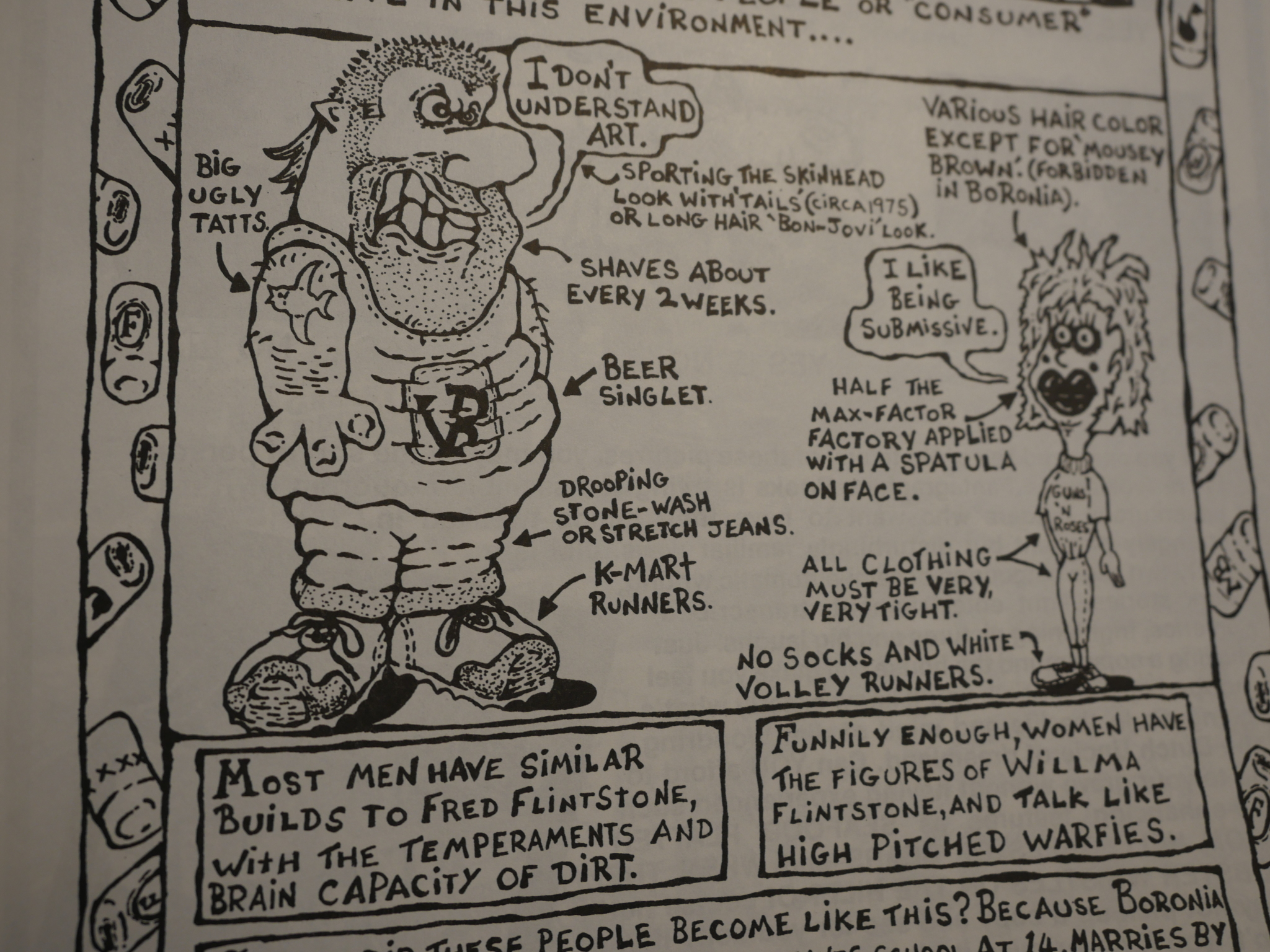 Neale Blanden’s pieces are, perhaps, well-observed, but are they funny? Perhaps loathing of this kind has to be processed a bit more before being committed to the page to really work. I think. 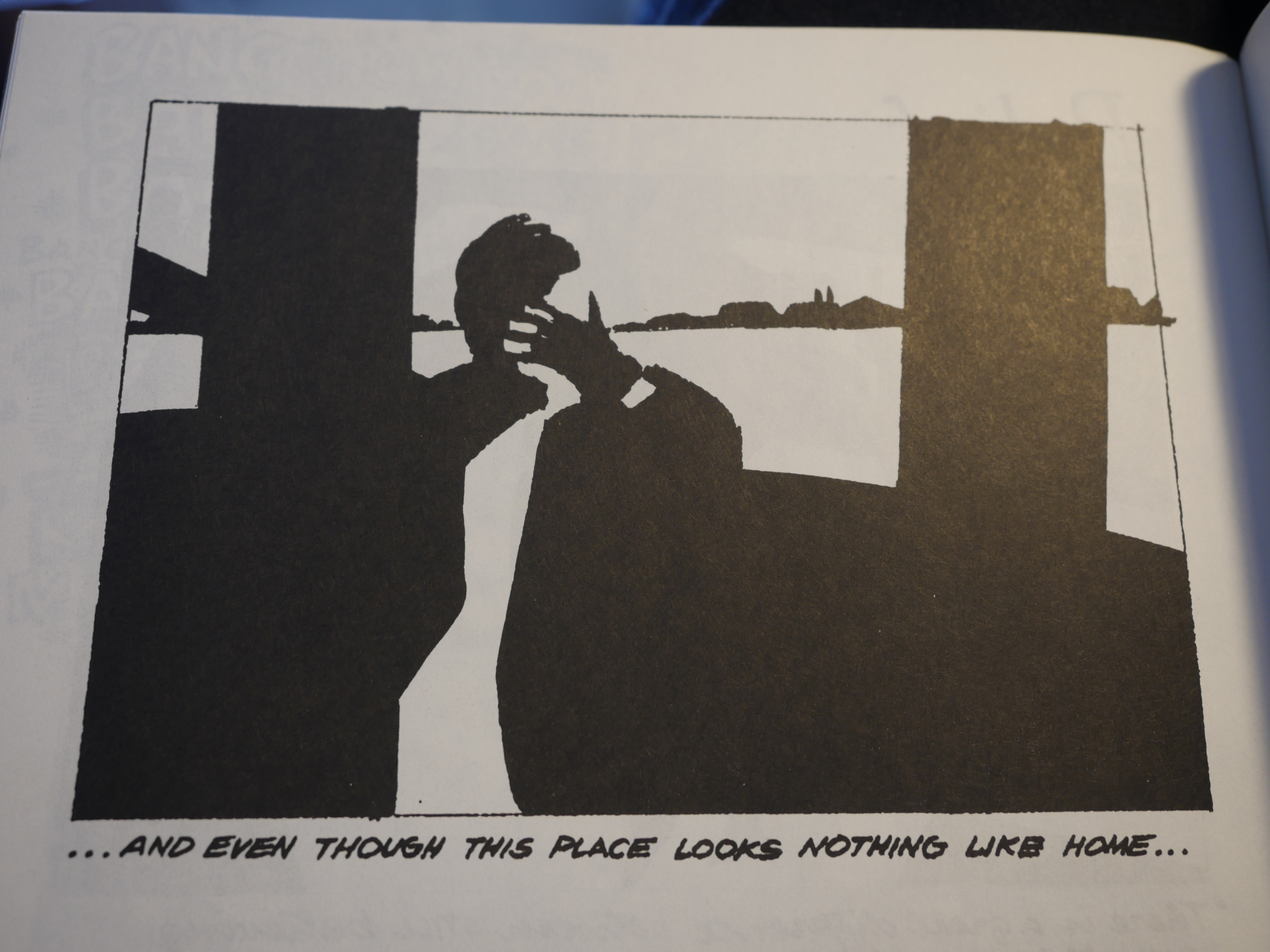 By issue twenty-four, most of the pieces are of the “serious” kind, and the mix really works. Trevs Phoenix… that name seems familiar… Oh, he’s done a number of mainstream comics. 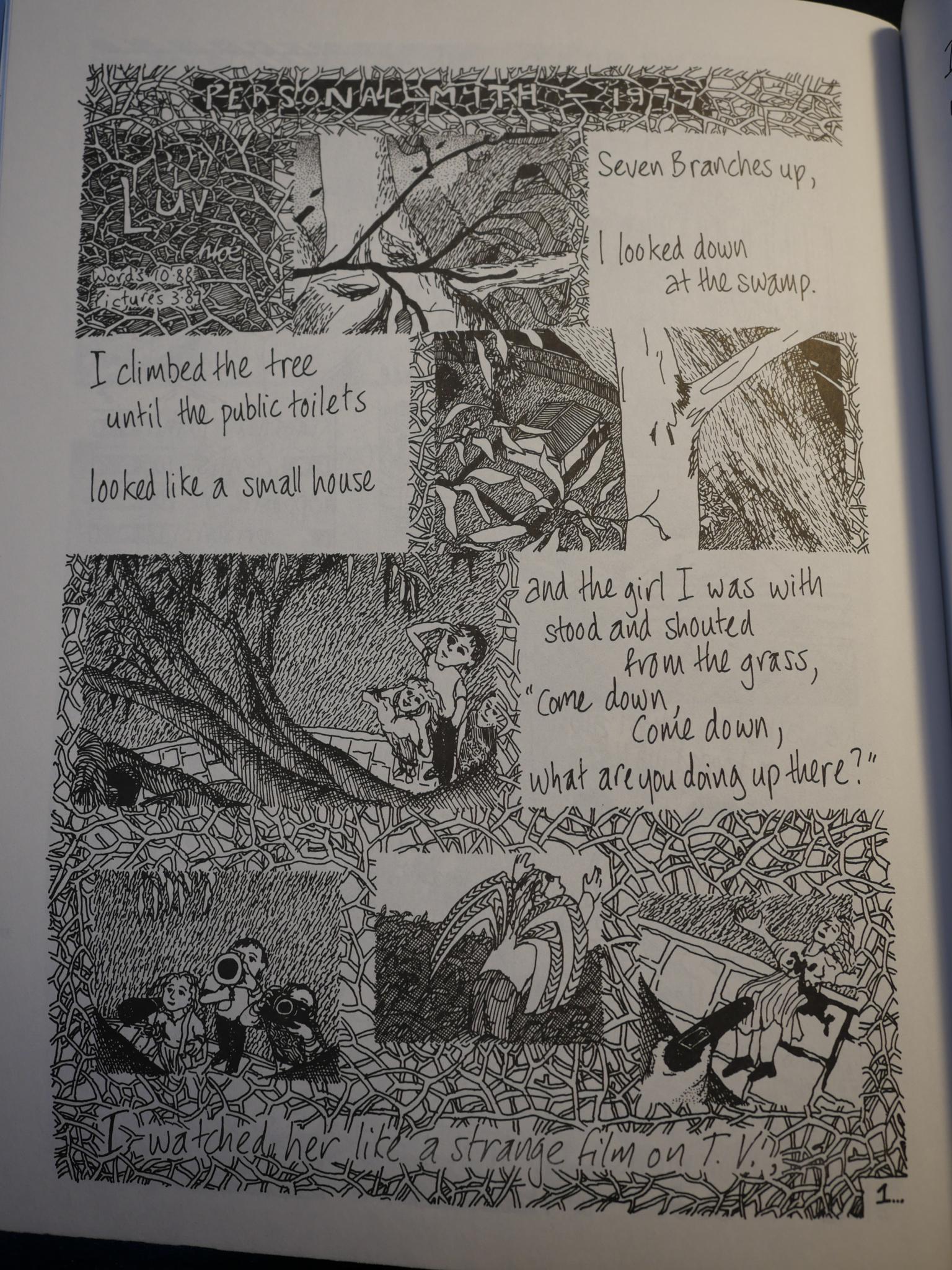 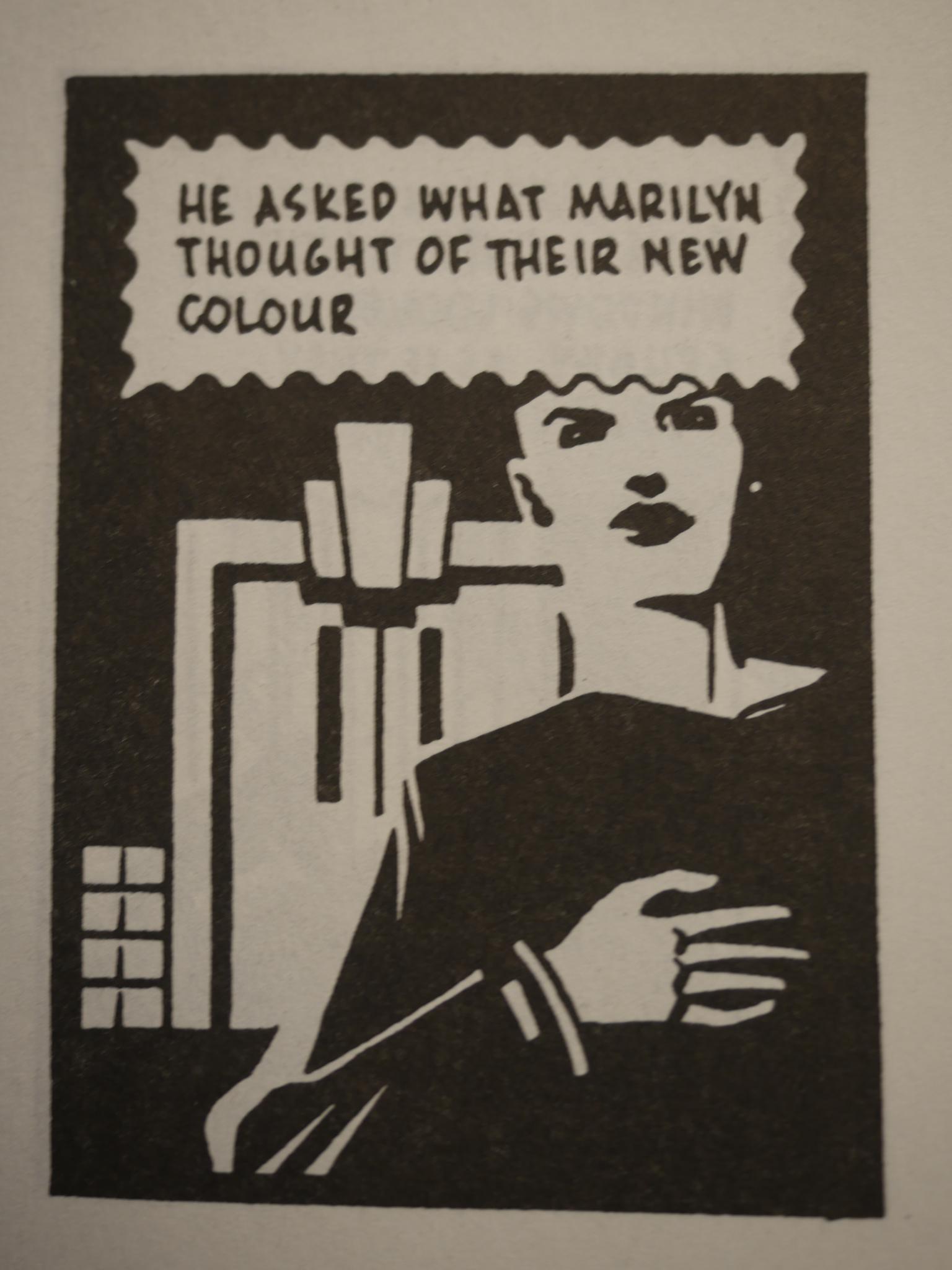 Chris Reynolds (of Mauretania fame) and Rian Hughes. Which reminds me: I really have to lay my hands on all the issues of Mauretania. It’s not only the wonderful Monitor series by Reynolds (mostly reprinted by now), but also pieces by Carol Swain that I don’t think have appeared anywhere else. 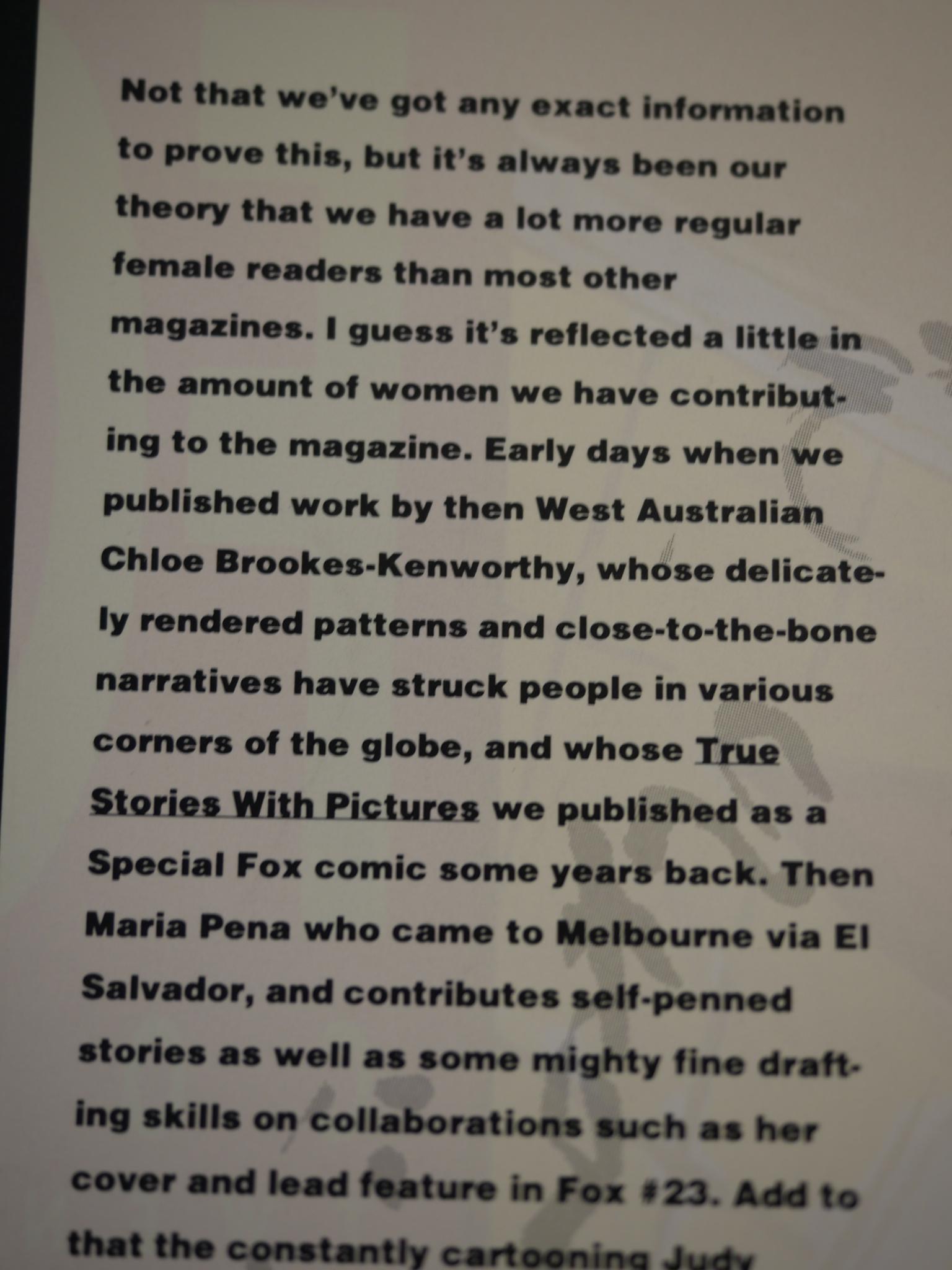 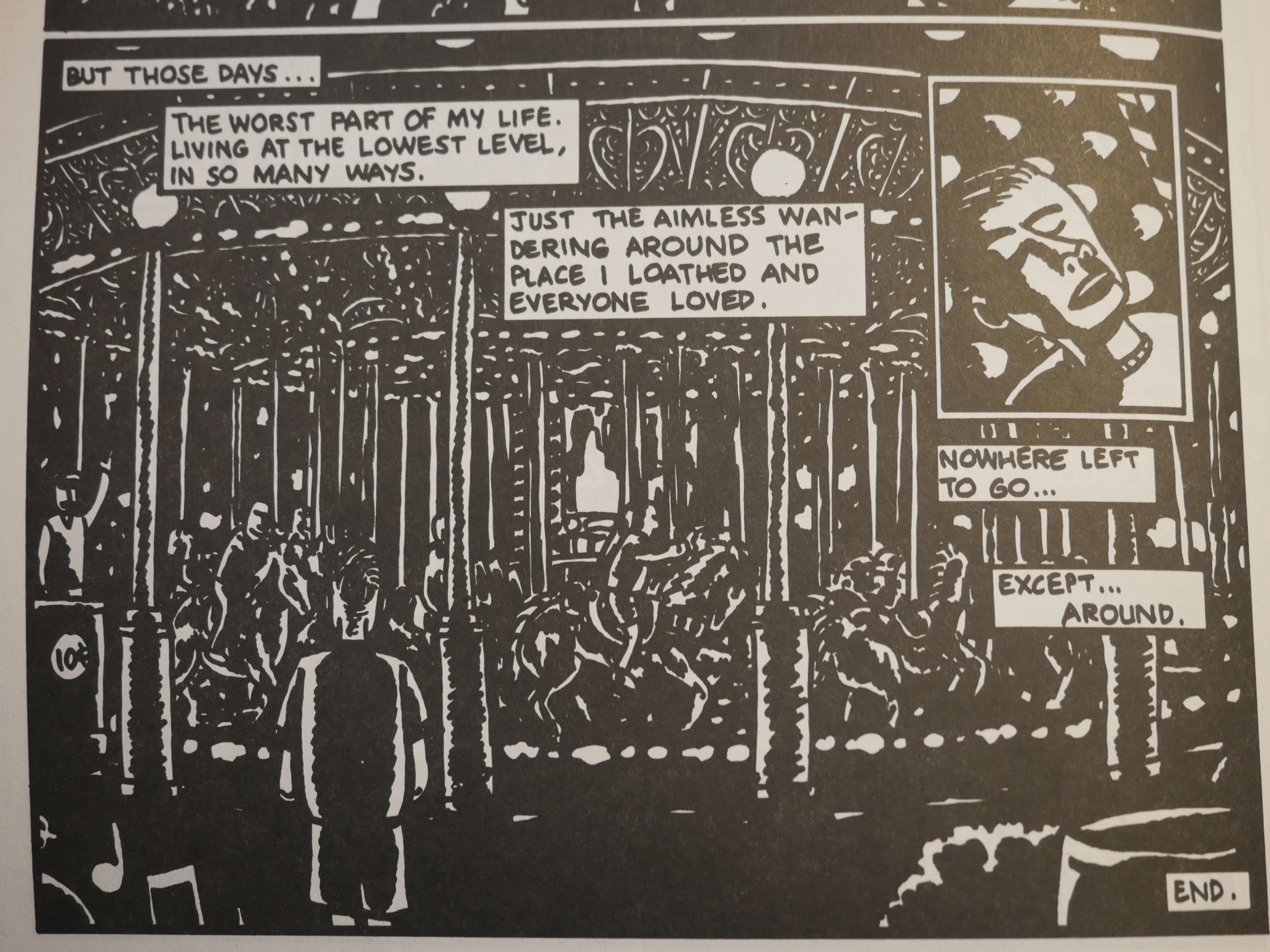 So many of the pieces in Fox Comics are about unhappy childhoods. You get the feeling that growing up as a wimpy boy in Australia may be even more harrowing than elsewhere… 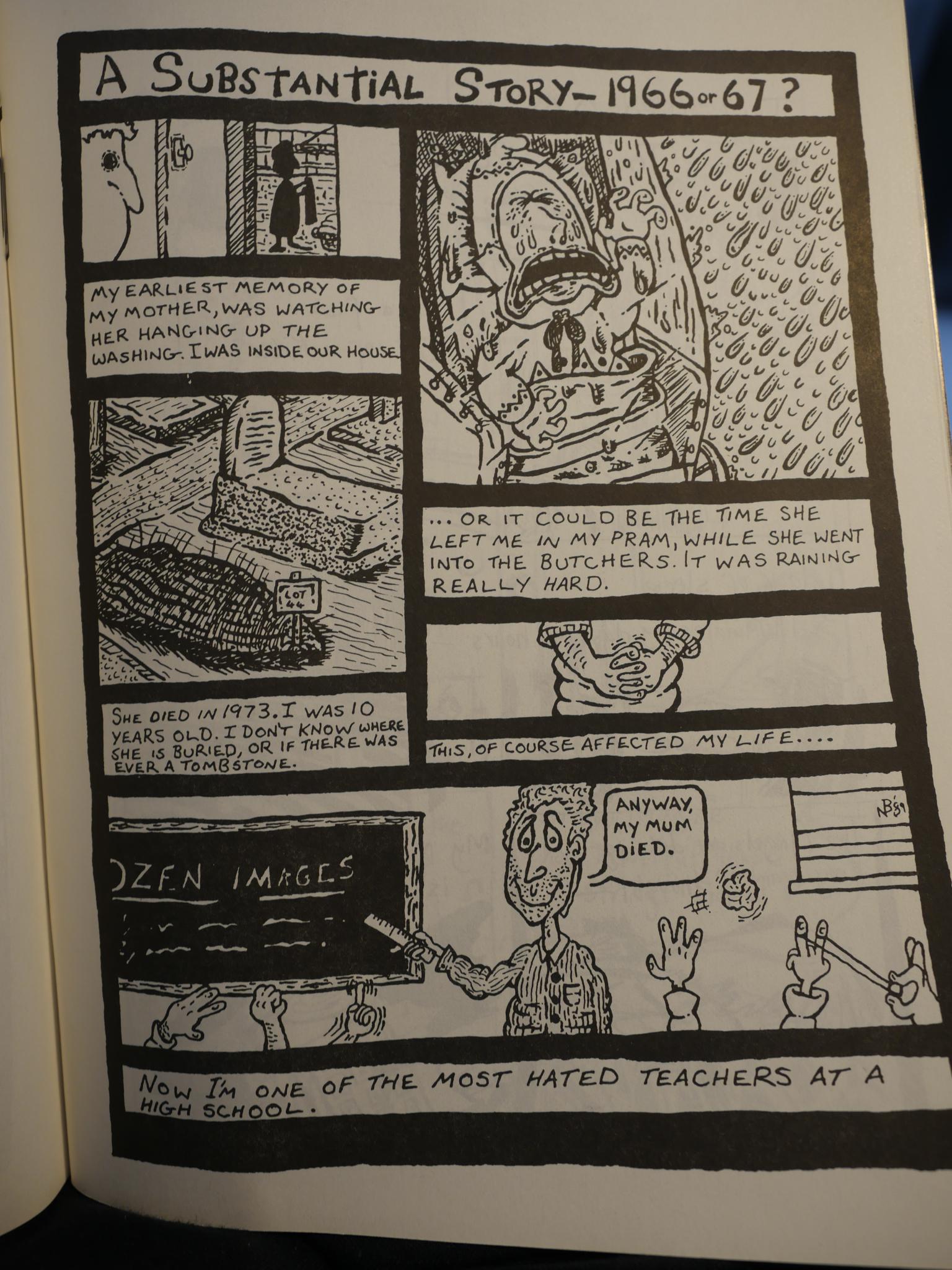 And, of course, there’s the Neale Blanden approach to the issue. Which I kinda like. 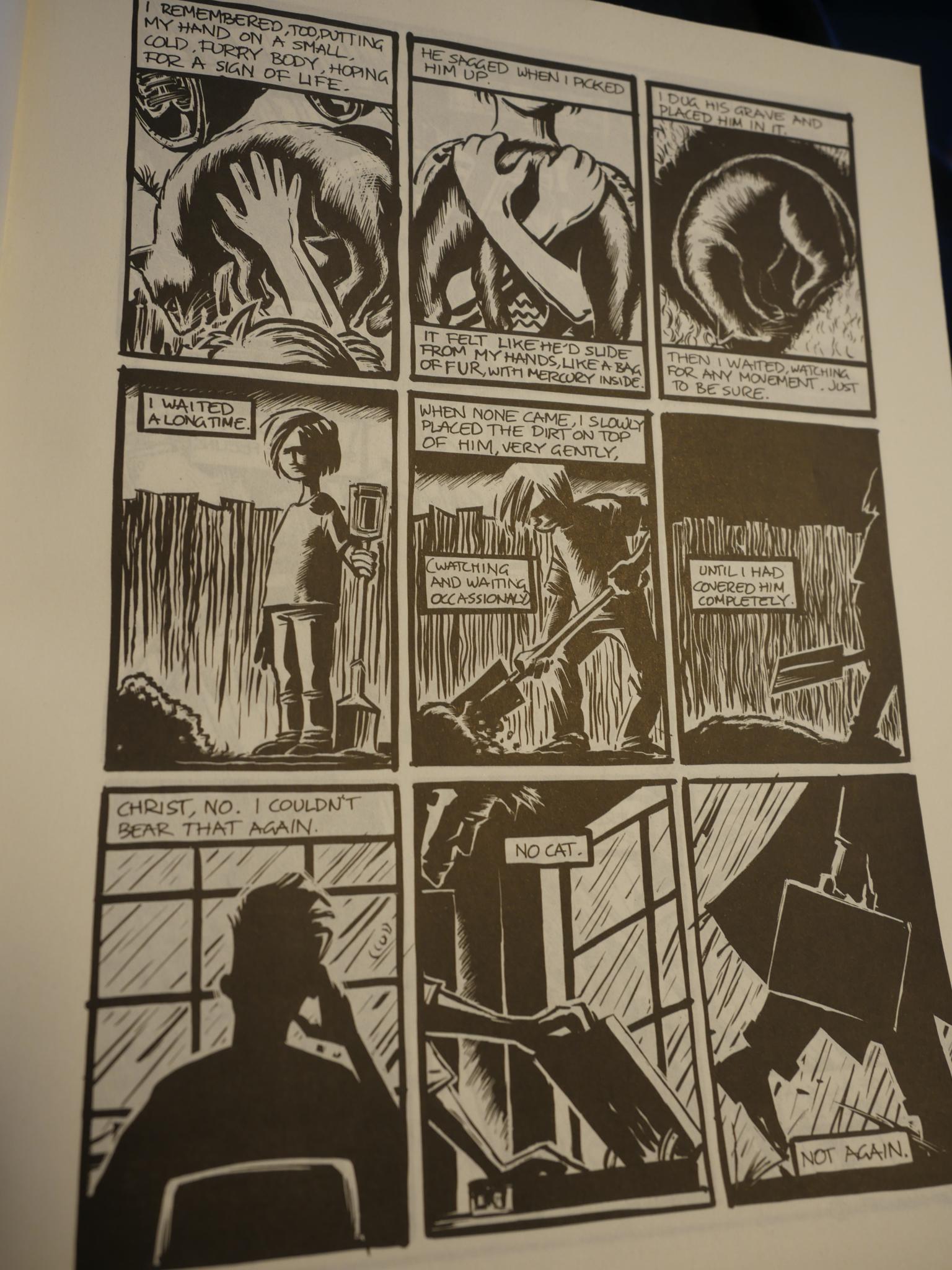 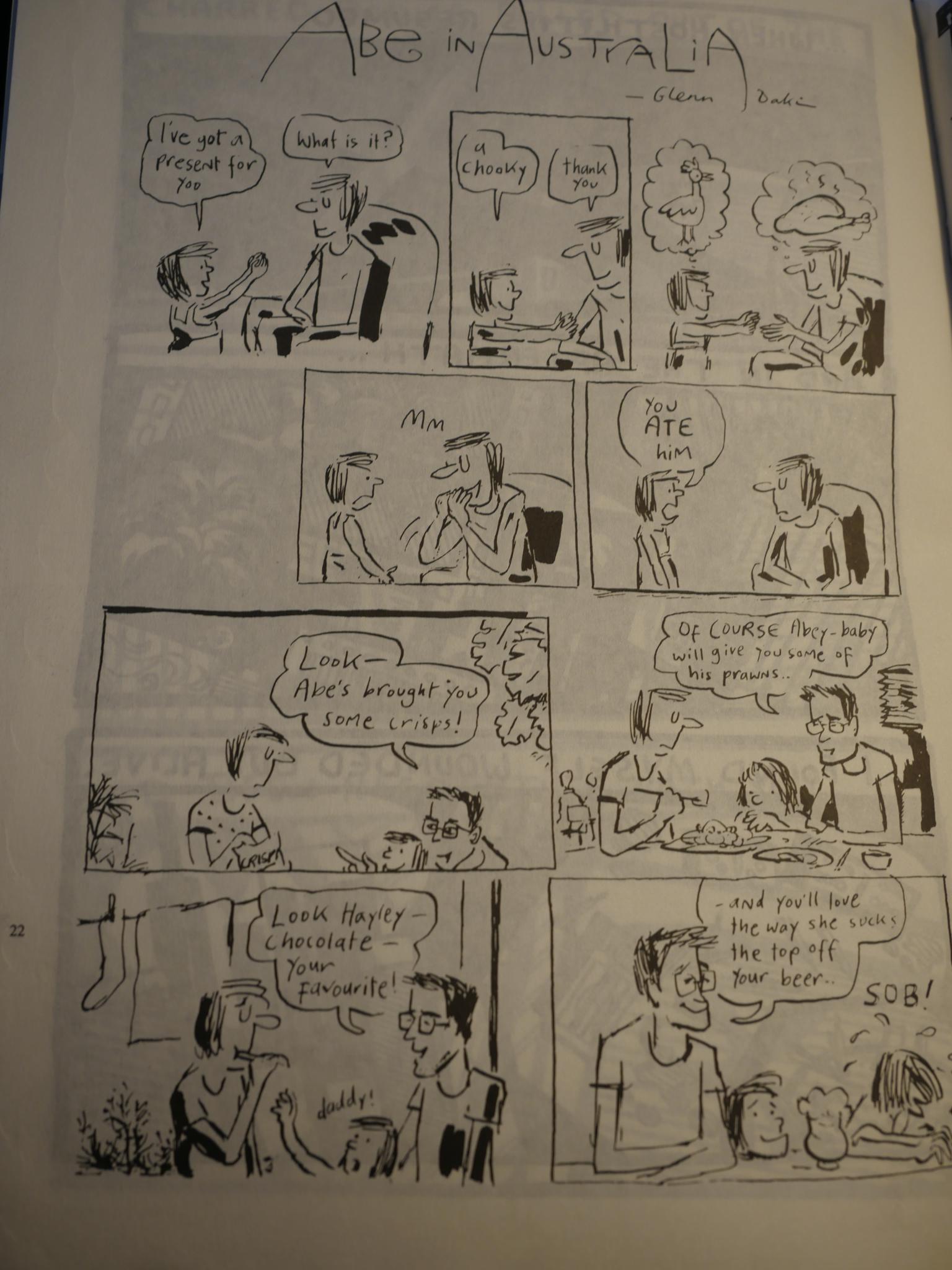 Meanwhile, Glenn Dakin is traumatised by Haley Campbell eating all his food. Also note that Fantagraphics decided to print this issue on what I assume to be tracing paper: You not only see clearly what’s on the other side of the page, but also get a good impression of the next four pages. 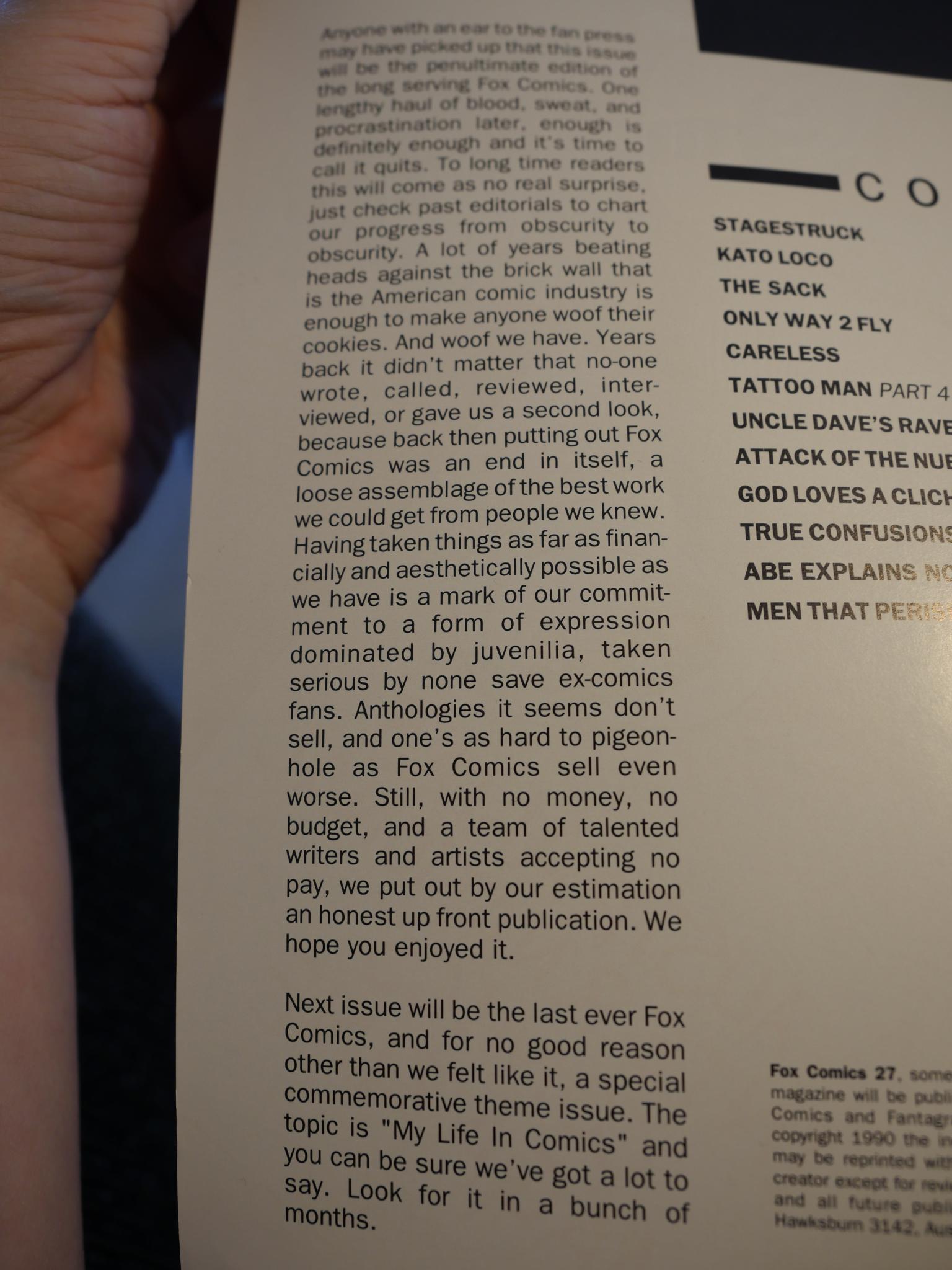 In issue twenty-seven the editor announces that Fox Comics is being cancelled, but that there will be one more issue. That didn’t happen, but it sounds like a fun topic. And as a way to finish this article, here’s a Glenn Dakin Krazy Kat homage. It sometimes seems like half of alternative comics artists have been inspired by Herriman.

After this magazine was cancelled, all the featured Brits went on publishing elsewhere, but I have no idea what happened to most of the Australian artists. I’ve visited Australia a couple of times the past few years, and I’ve visited comics shops. And while there seems to be a number of people producing comics now, I can’t recall many of the Fox Comics contributors showing up in my comics haul from Canberra or Melbourne.

In particular, googling now I can’t find any further published works by Chloe Brookes-Kenworthy, which is disappointing.