Whenever in a new city where I can read the language, I try to visit interesting comics shops.  This can be rather difficult, since what’s interesting to me isn’t really what comics shops make a living off of.  I’m looking for stuff I can’t get anywhere else, which means small press and local books, and there is no art comics book store finder.

So binging for “good comics stores <city>” will invariably point me to the one that has the best selection of American superhero books, of which my interest is pretty low.  For Sydney that’s King Comics, which turned out to be a perfectly nice comic book store with a shelf of Australian comics that was pretty slim.  To say the least.

But then I went to Canberra.  Score! 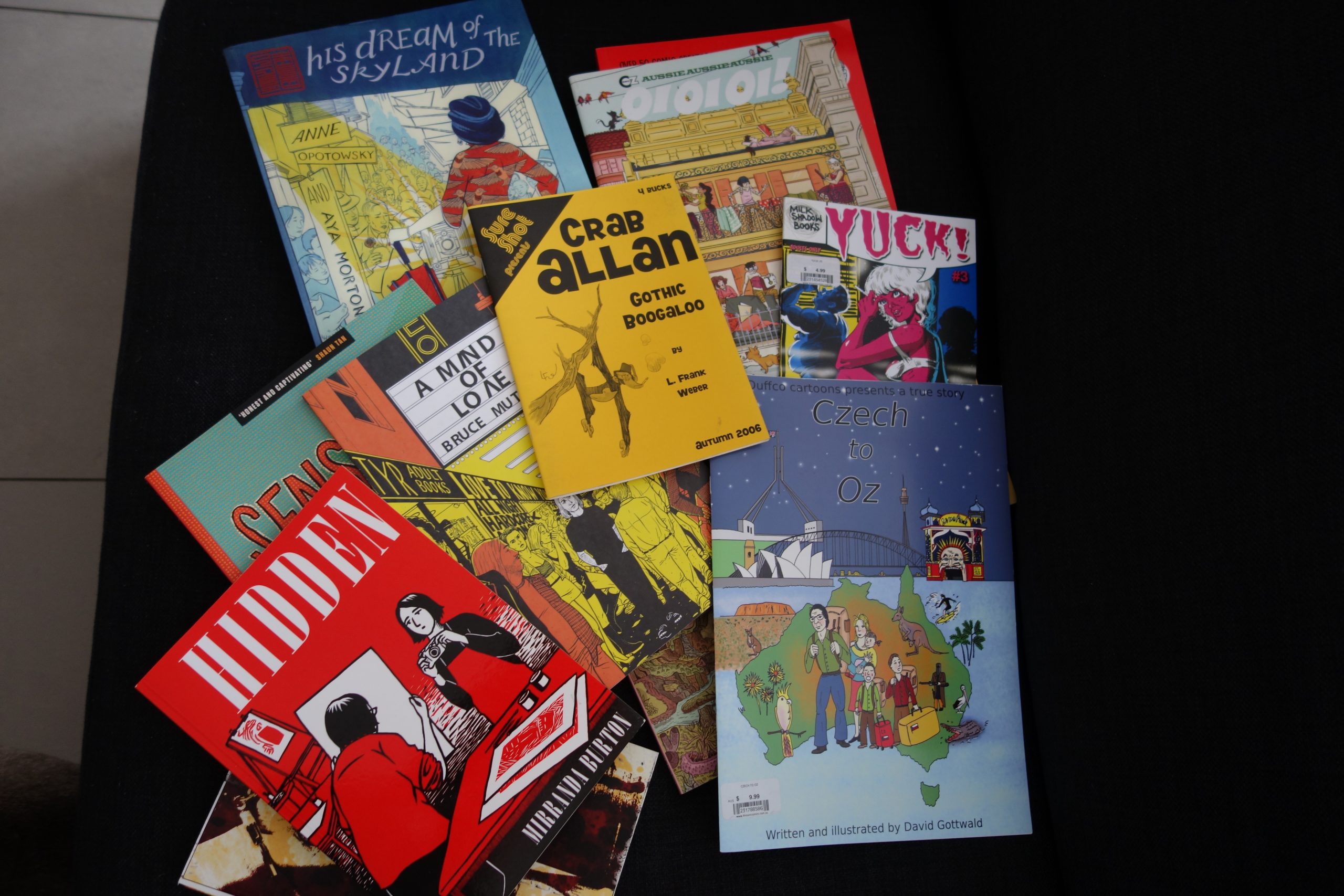 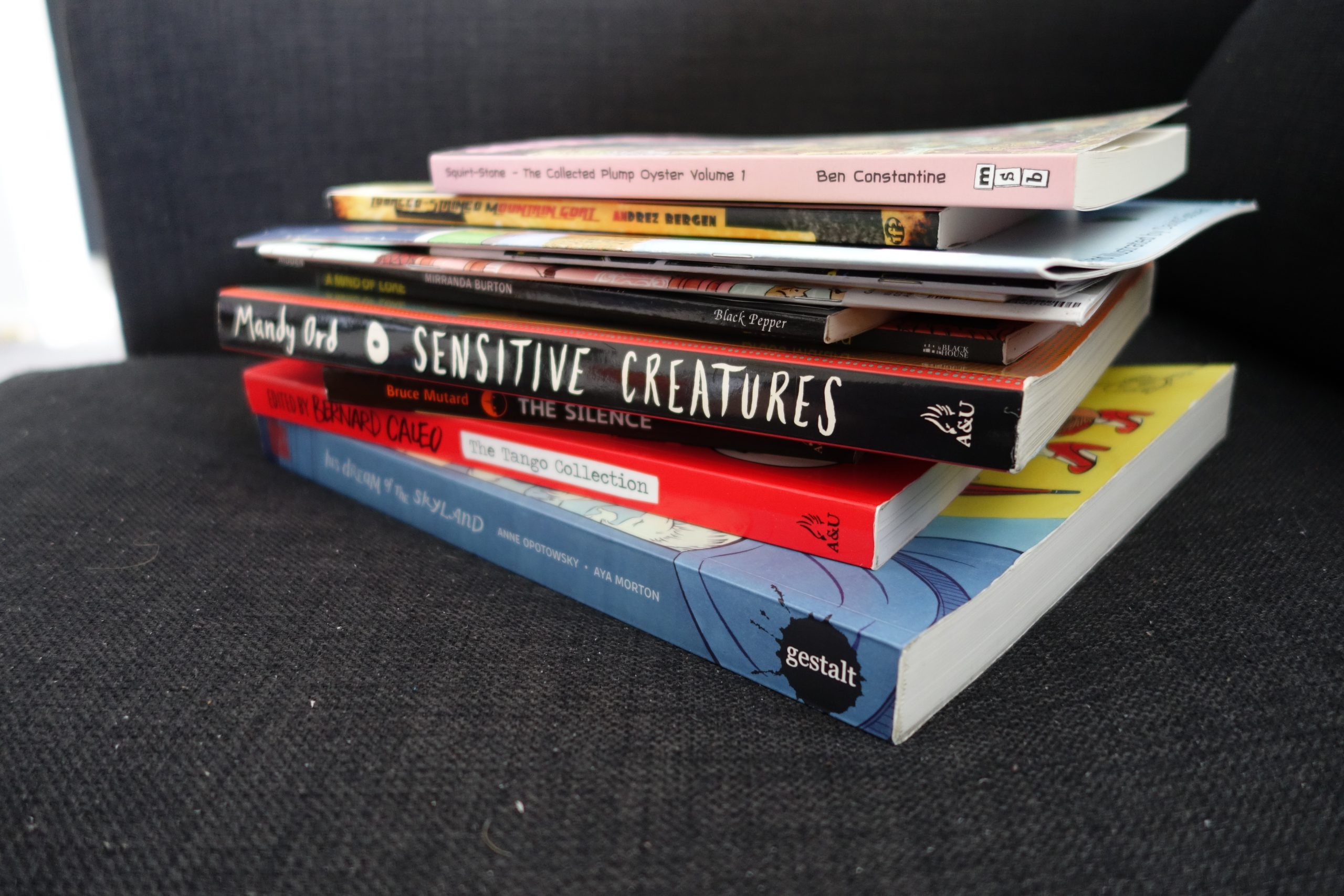 Impact Comics only had two small shelves of Aussie stuff, but they were jam-packed, so I got a nice little stack of stuff.  (There was still books left on the shelves after I left.)

I haven’t read any of it yet, but it looks pretty nice: 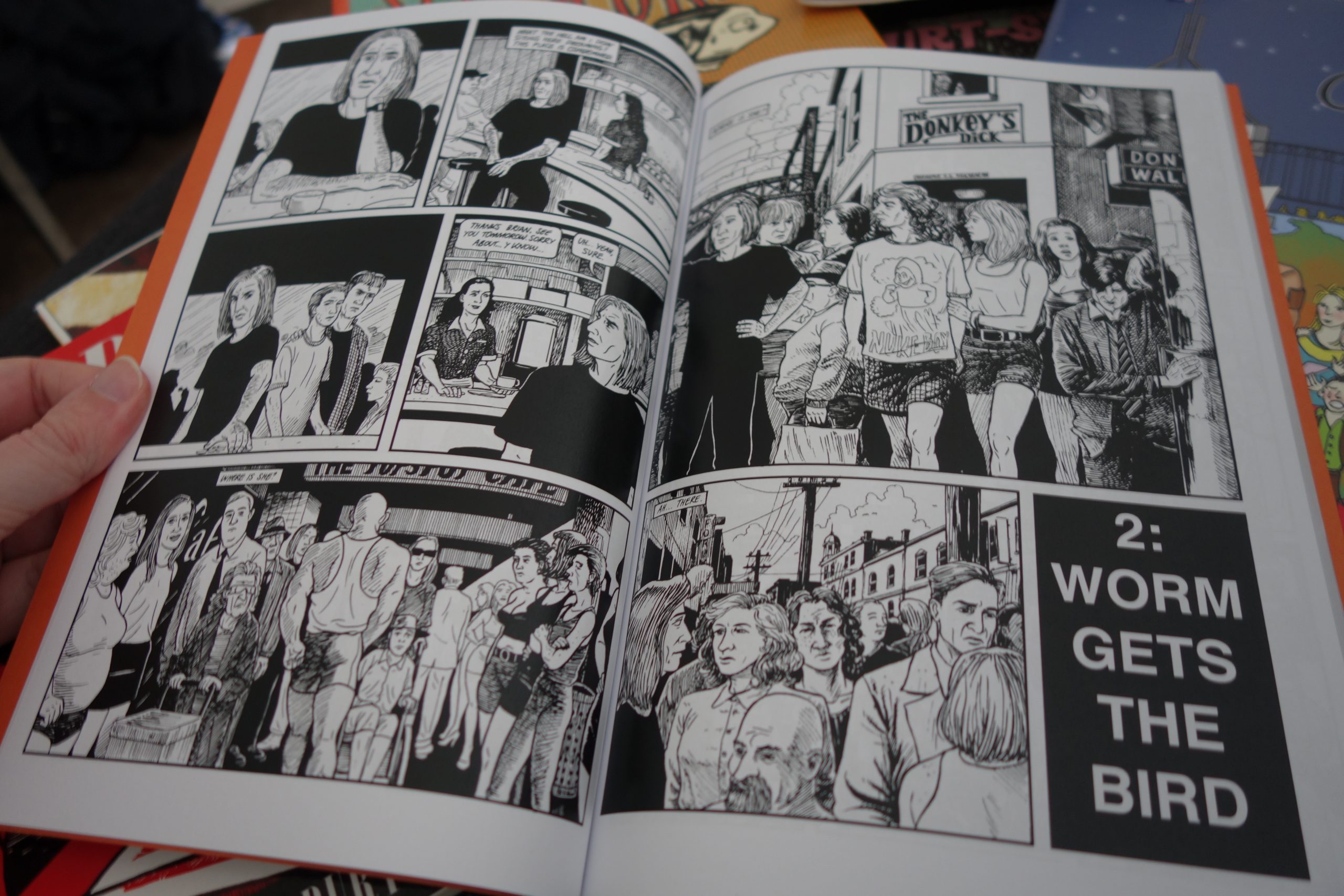 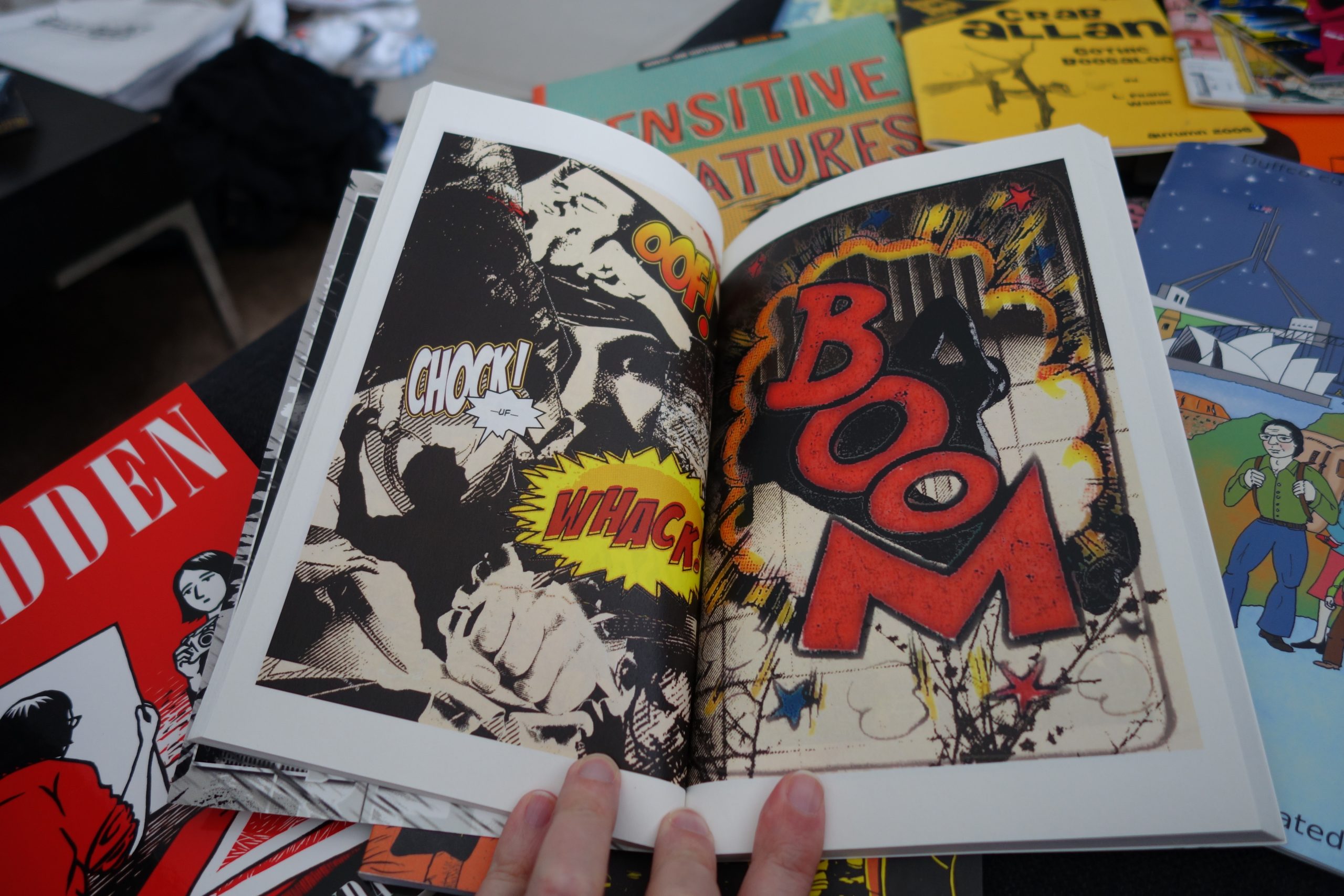 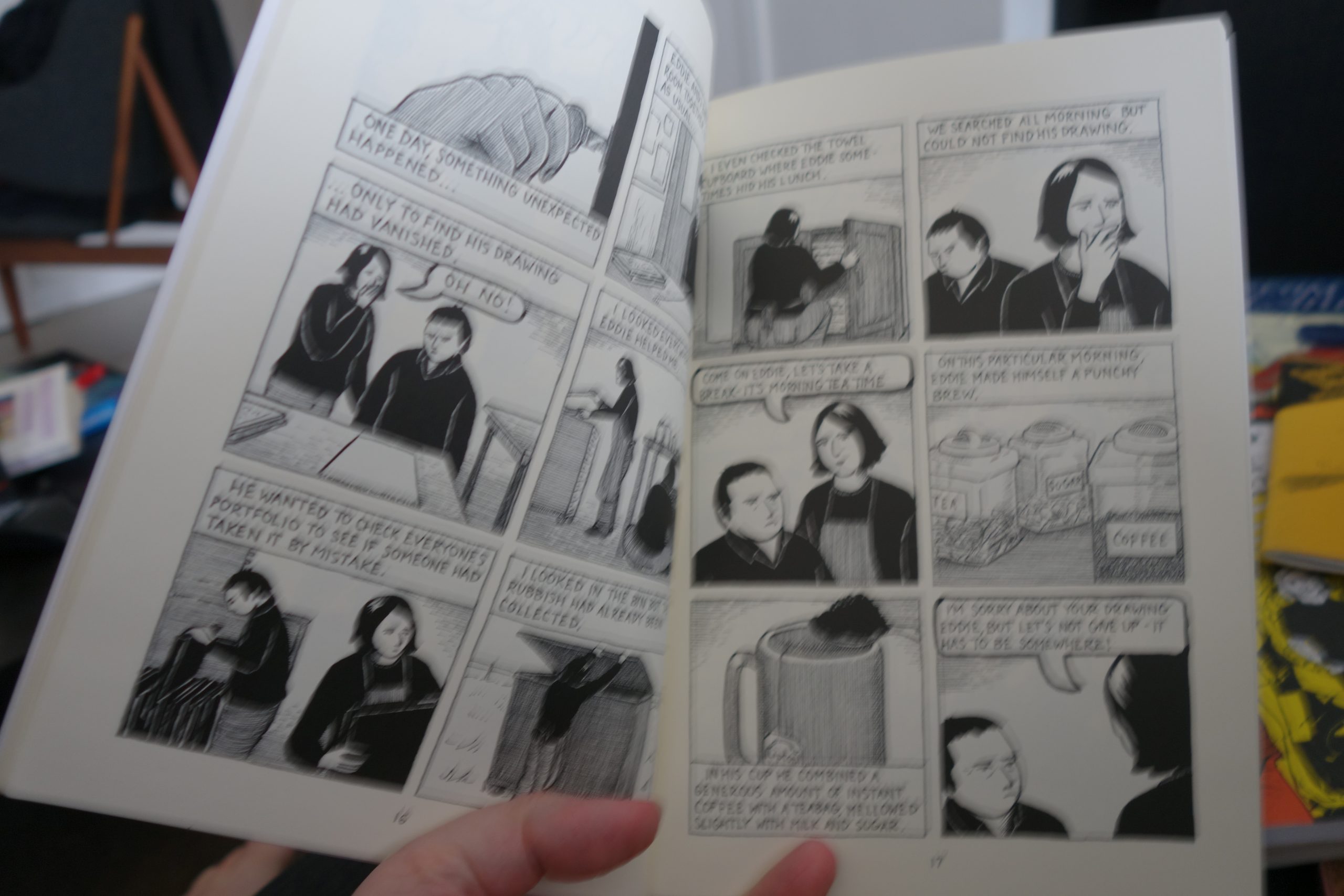 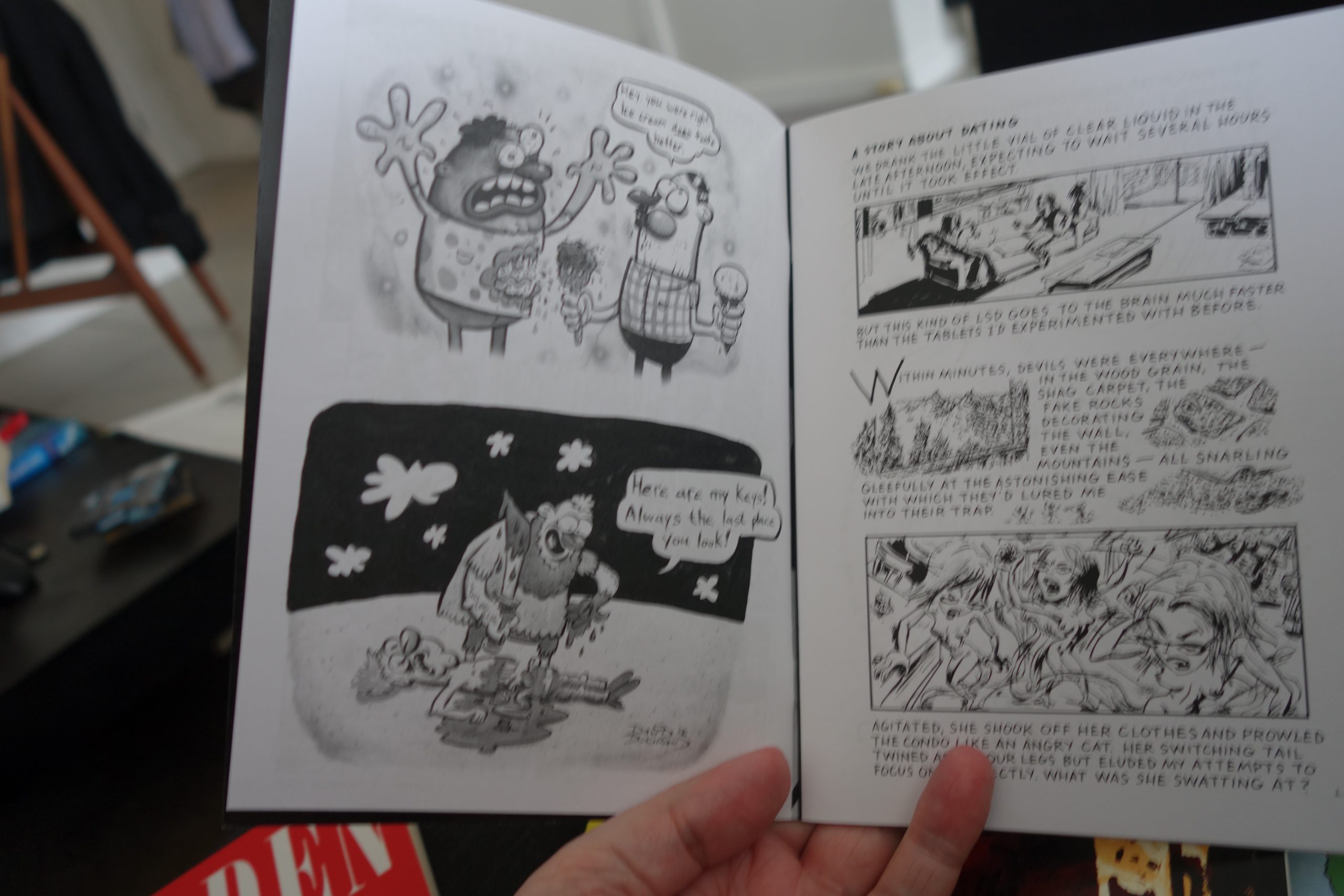 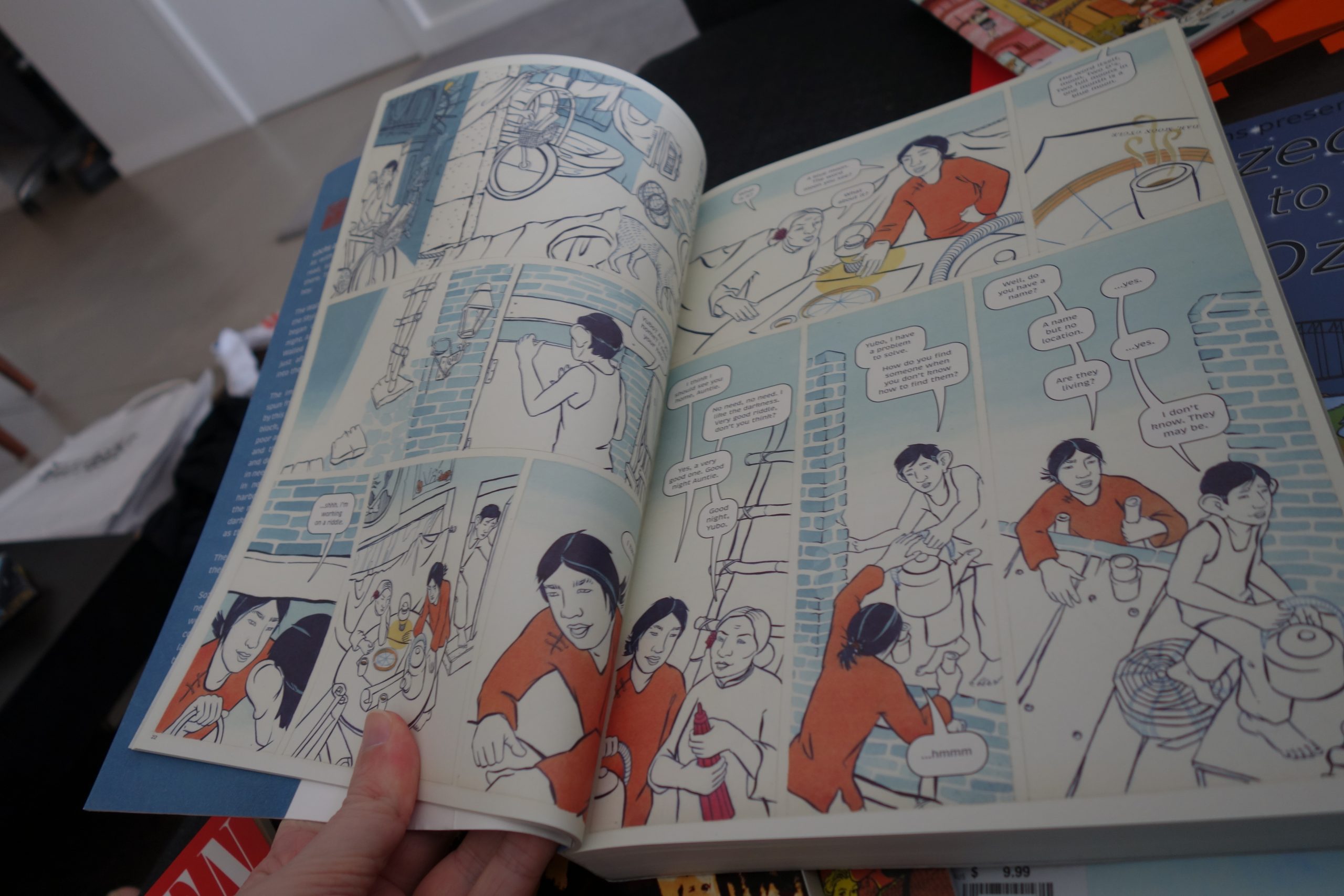 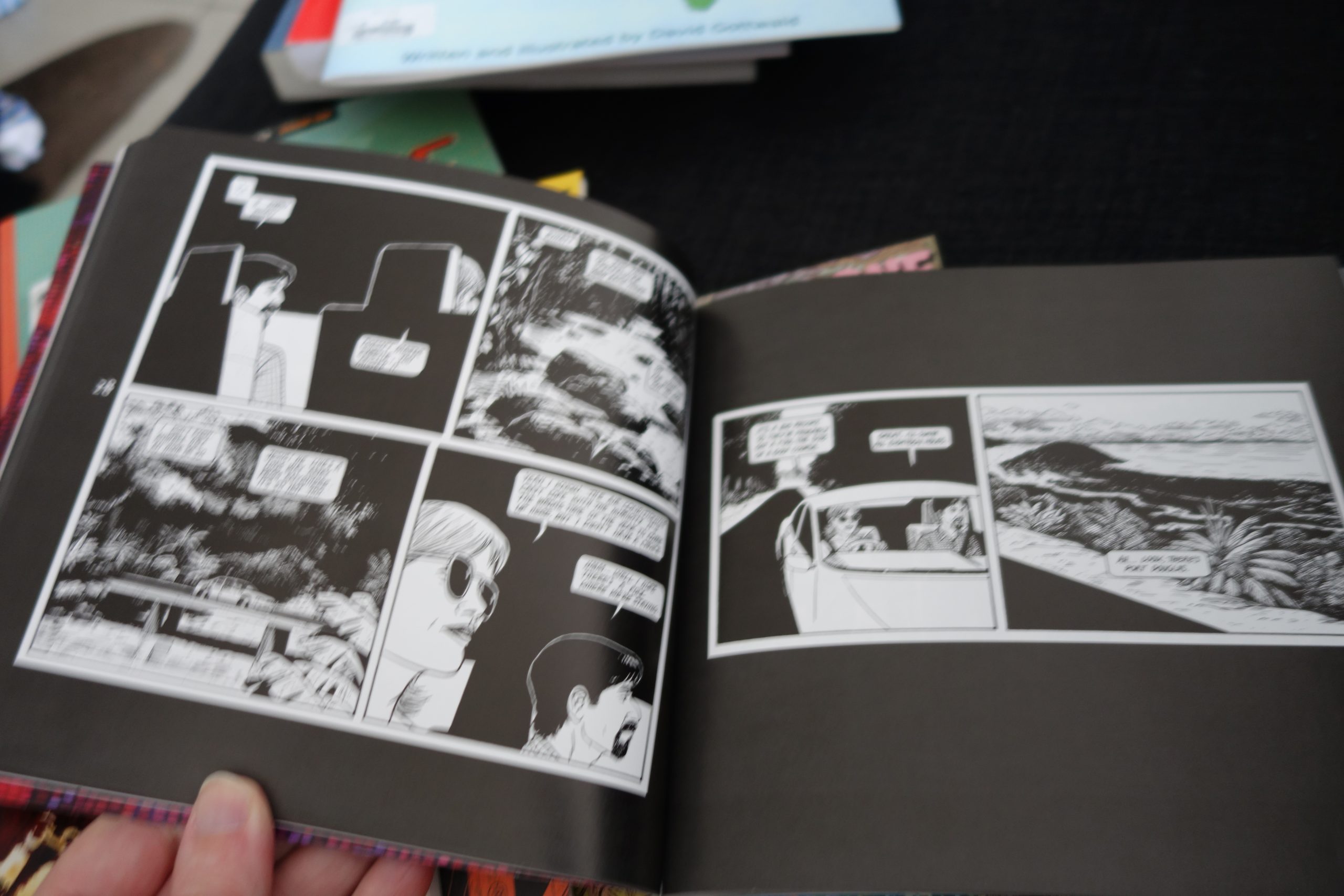 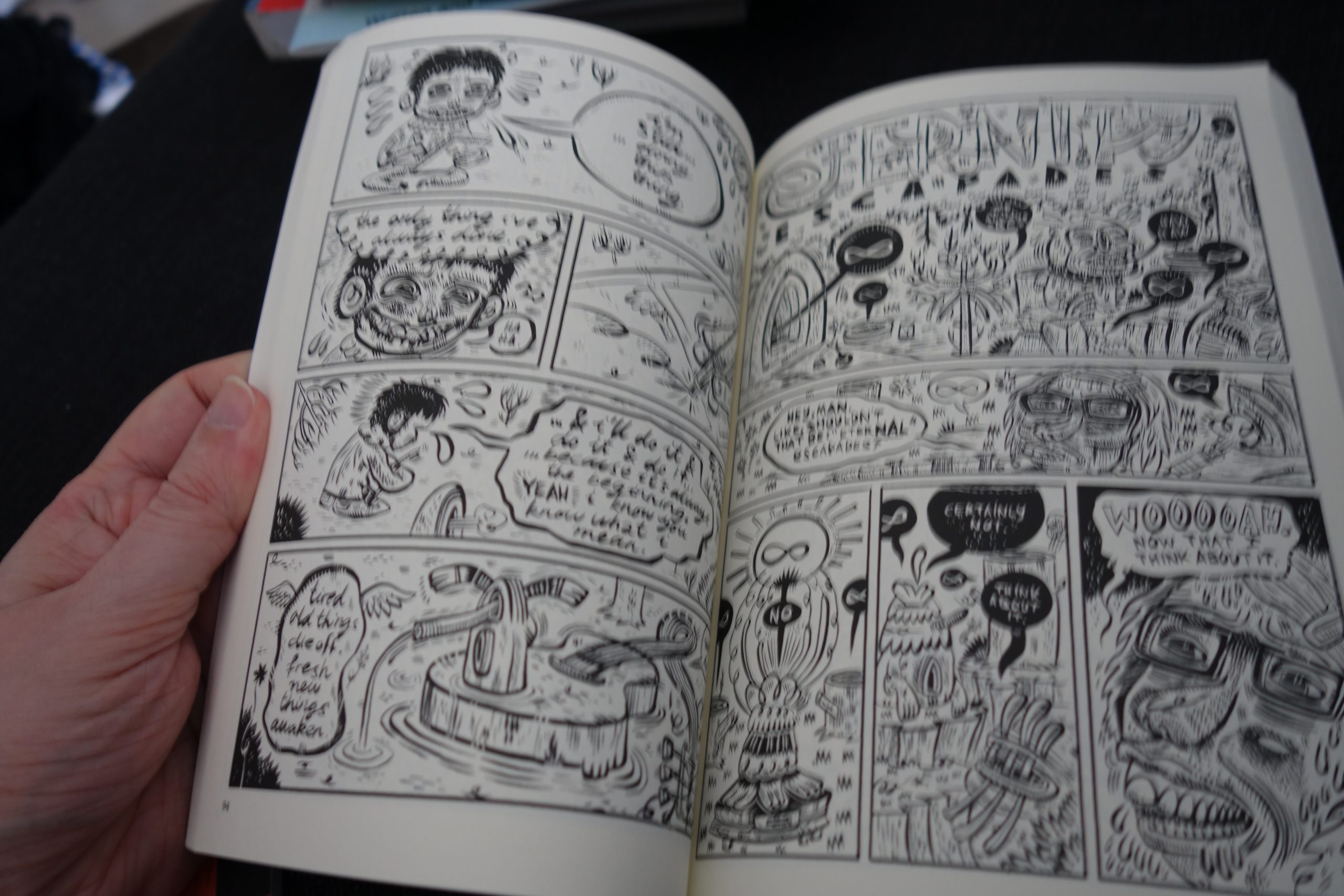 Somebody really should set up a “destination comic book store” site to inform us tourists what’s worth seeing.  It’s too bad crowdsourcing is dead, otherwise I’d feel tempted to create one myself…