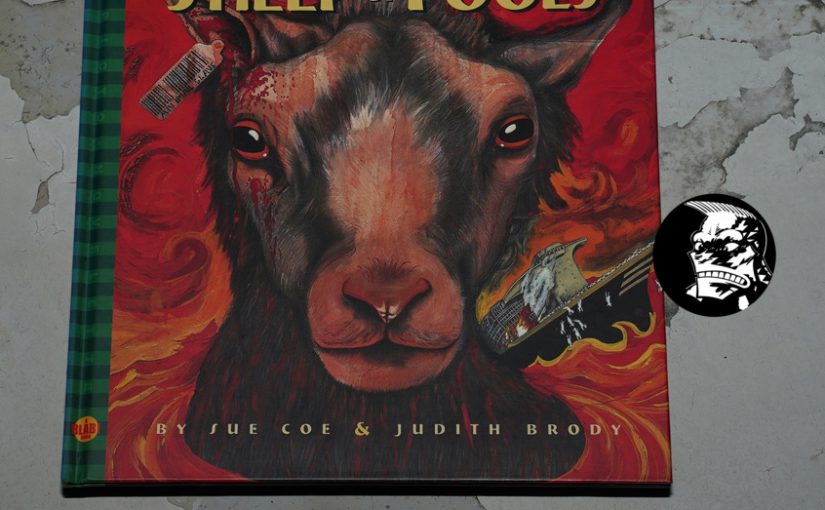 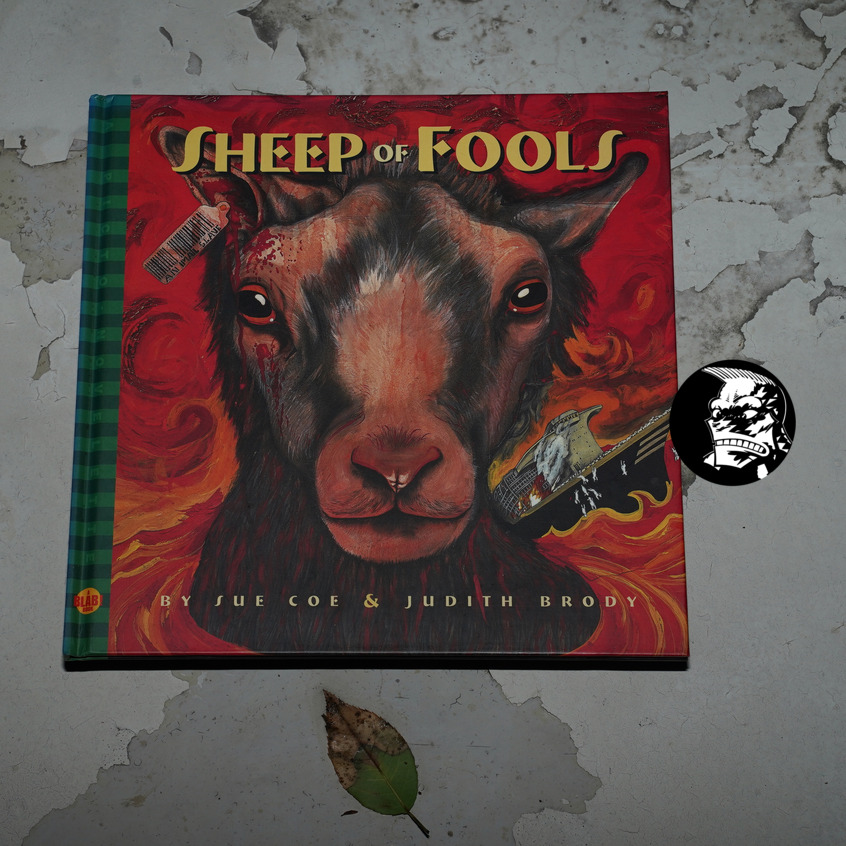 This is published by Fantagraphics, but it’s a Blab book. When talking about anthologies from the 80s, Raw and Weirdo are seen as the two opposite poles, and nobody much mentions Blab. Which, OK, it’s a timing issue — Blab didn’t really find its form until the very late 80s/early 90s, and by that time all the excitement was over, but I think you can see Blab as a … er… third pole? Is that how magnetics work? Who even knows?

But really, a bunch of the people who worked for Raw also published stuff in Blab. Sue Coe, Charles Burns, Bill Griffith, Kaz, Gary Panter, Richard Sala, Chris Ware… they all did stuff for Blab. So it might have made sense to cover Blab in this blog series, too, but I just can’t be bothered. I’ve got them all over there *waves at bookshelf*, but there’s so much … boring stuff in Blab, I can make myself do it.

This one solo book by Sue Coe, though, that I found the other day, between the proper Blab volumes. Let’s read this one. 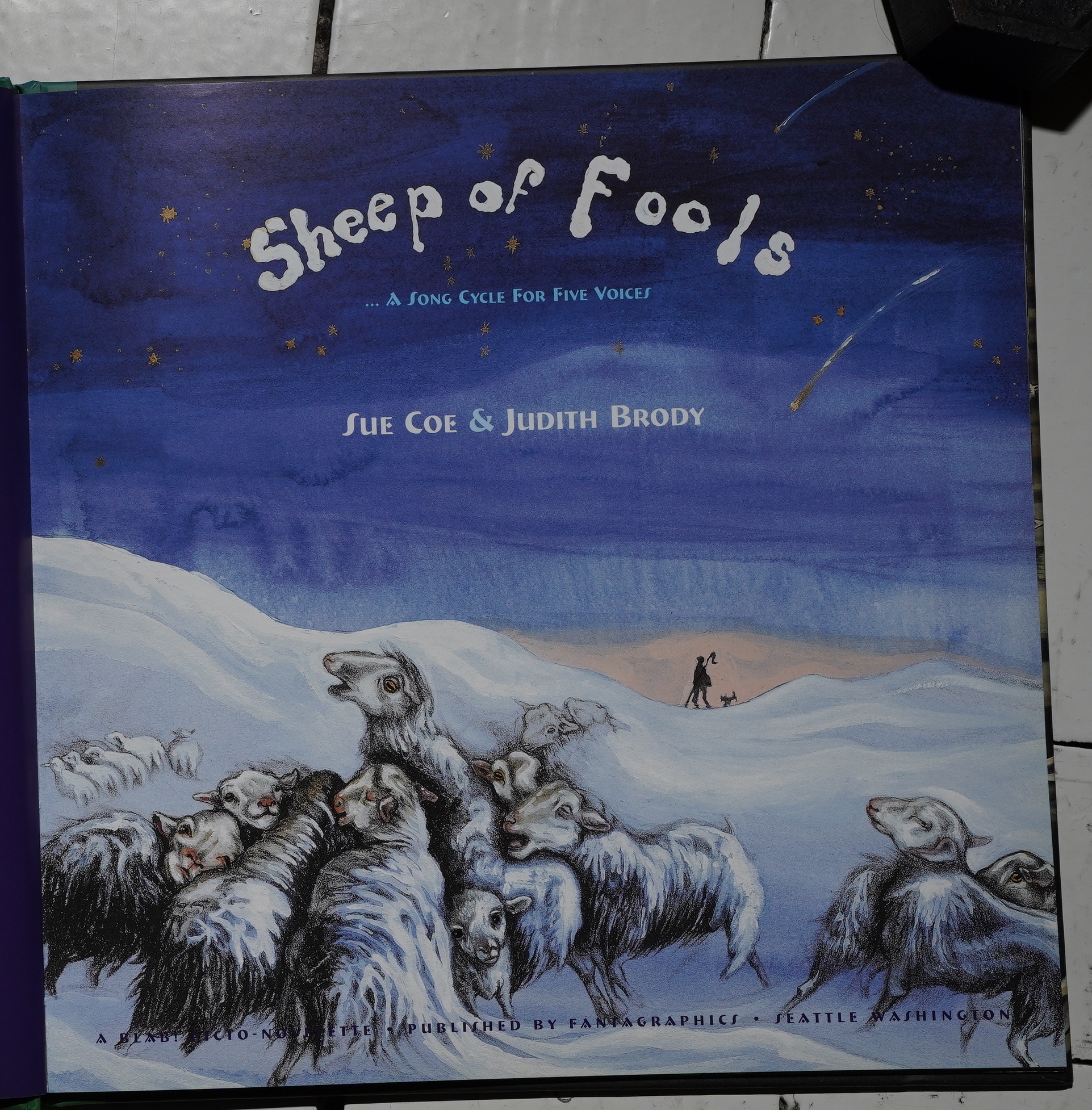 A song cycle for five voices? Perhaps this is a nice, pleasant book from Sue Coe, for a change? 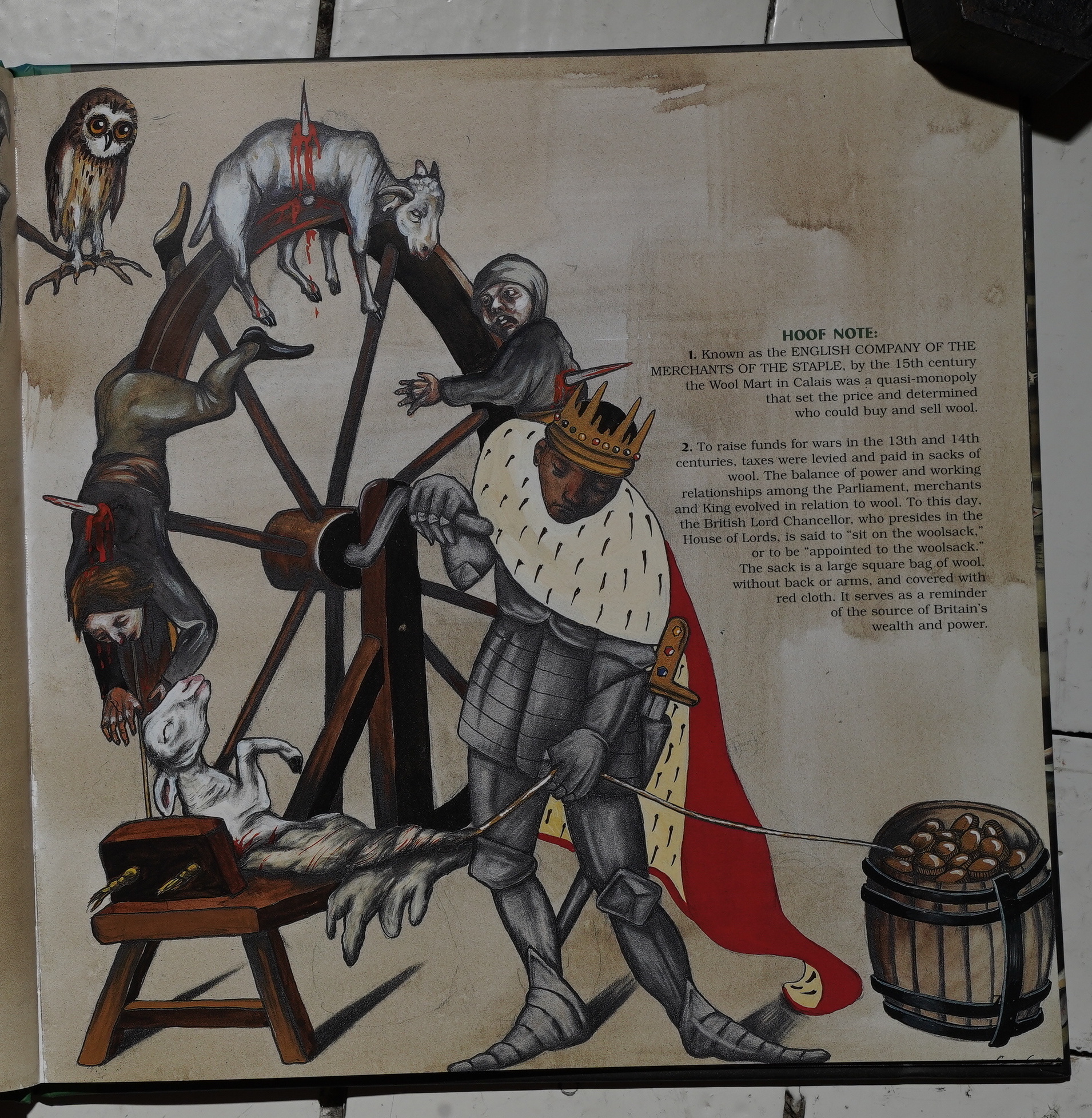 Well, one can dream.

This book has a lot of historical factoids about sheep rearing. 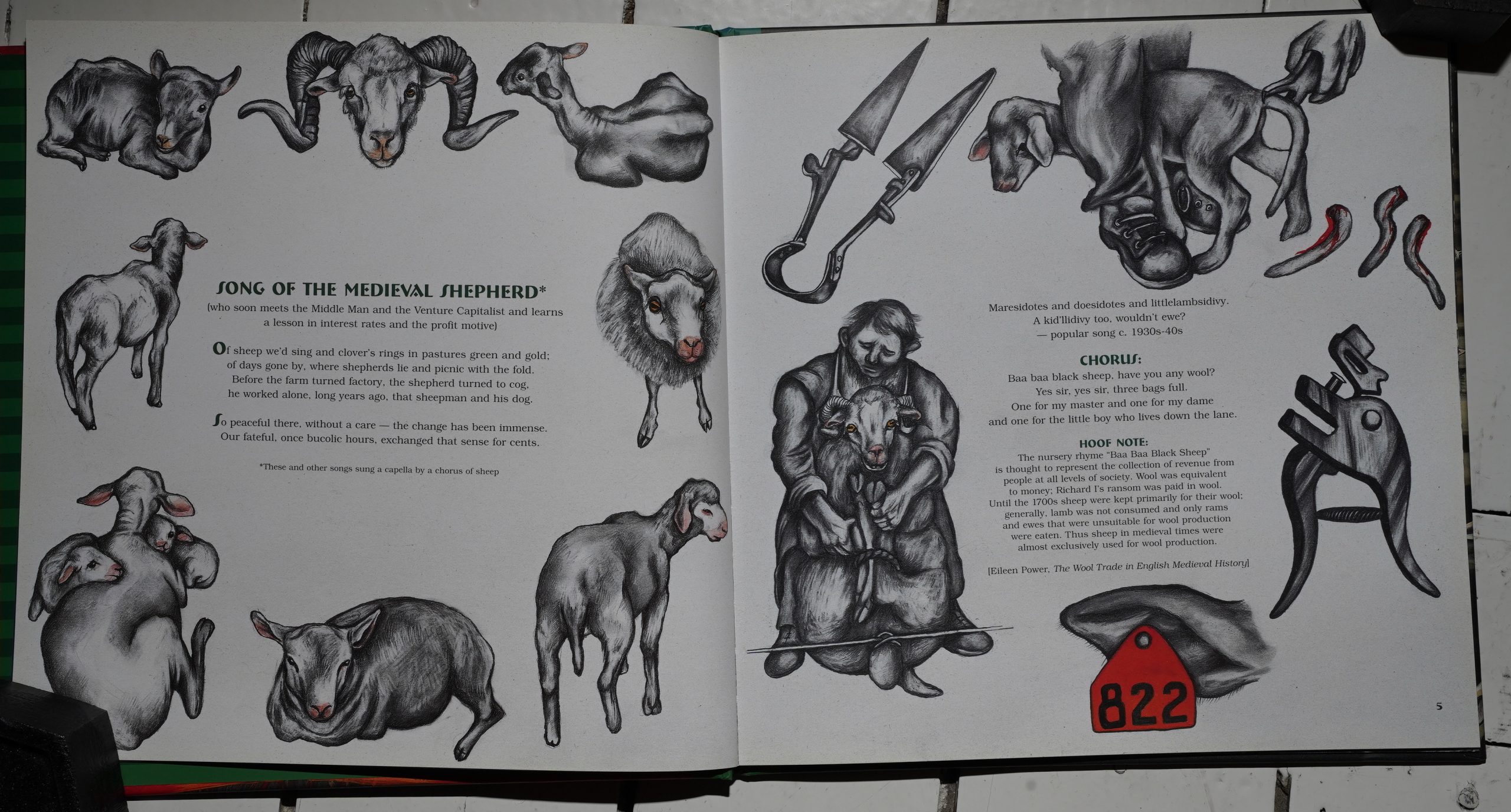 It’s pretty interesting, and as usual with a Coe book, it makes you want to go vegan. 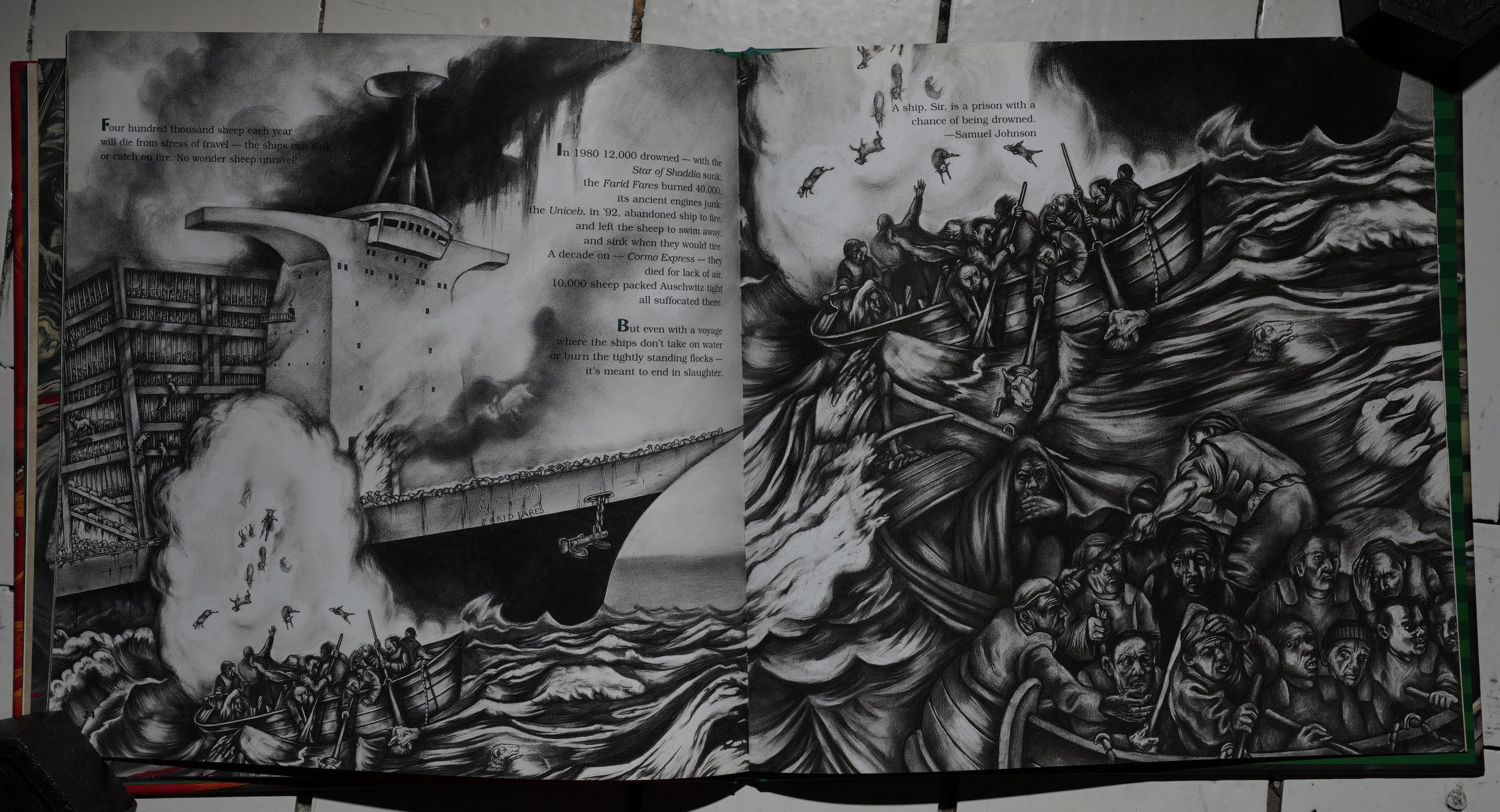 “Auschwitz tight”? Some comparisons should perhaps be avoided…

Anyway, this book has Coe’s usual gorgeous/horrifying artwork, but it seems a bit aimless. It doesn’t really built up to anything in particular… it just feels so random, like mentioning a couple of ships carrying sheep that’s gone down. 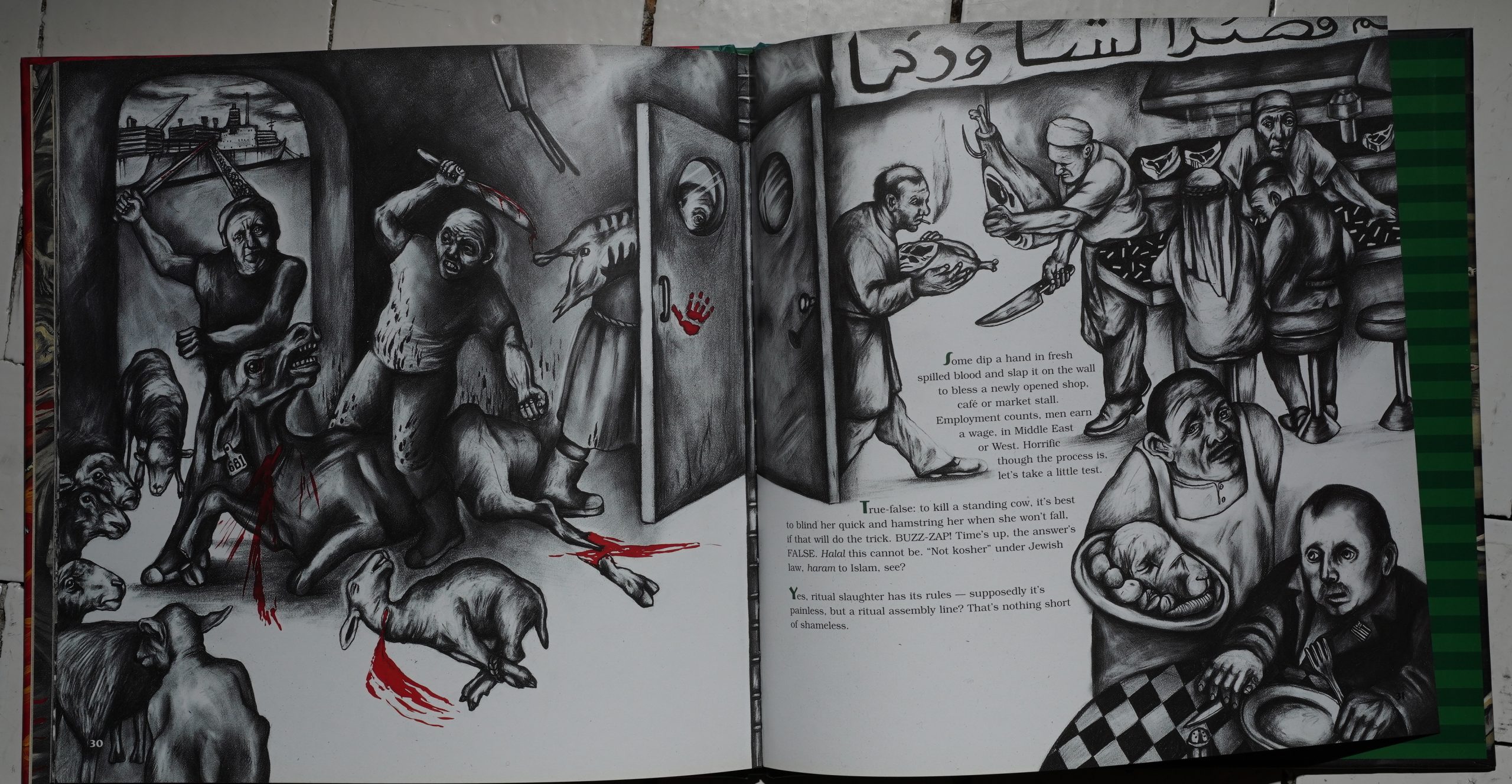 And they get in a swipe against halal/kosher butchery, which is nice.

The only thing hindering this book is the writing by Coe and coauthor Brody: the rhyming couplets fade in and out throughout, and the prose is somewhat overblown and precious, as if trying to compete with, rather than complement, the art. Nevertheless, few people will feel like chowing down on a lamb kebob after reading this book.

That subject is the Australian phenomenon of live transport—in which live sheep are carried on huge ships to Middle Eastern meat markets. Viewing photographs of the transport practices online, I can see that Coe hit the issue spot-on.