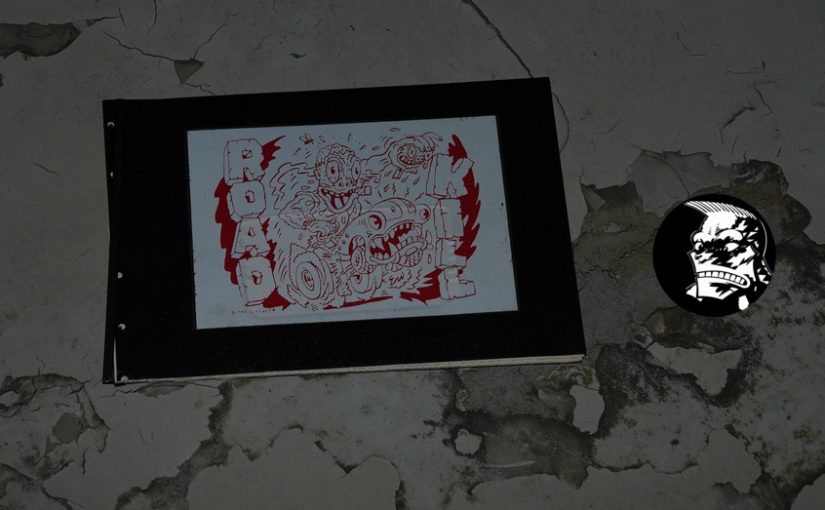 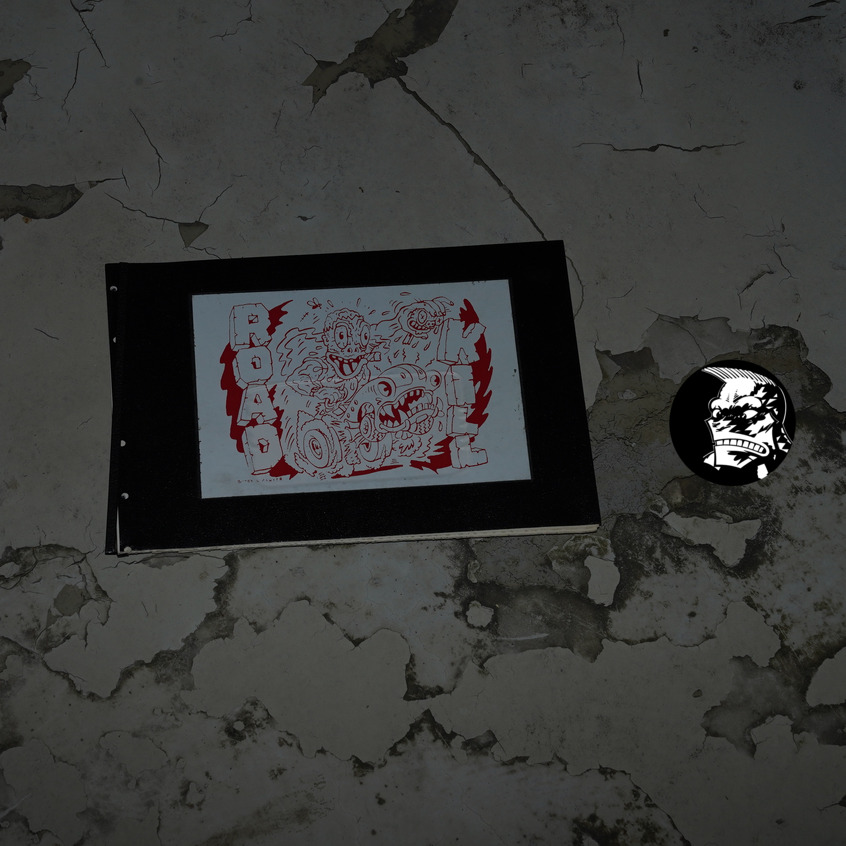 Originally, this blog series was projected to be about 90 posts long, but we’re now up to 140 posts (I think), and I’m still adding things to the in queue. The feature creep has two reasons: I’m finding more stuff out there that I didn’t know existed (like this book), and I’m adding more post-80s stuff (I had originally planned on having a cut-off at the final Raw issue).

Looking at the stack of comics left now, none of them are books that I originally planned on including, so I guess you can consider these… er… bonus posts.

I know! So interesting.

This is a roughly-made little booklet of Panter’s sketchbook drawings — but these are a lot more accomplished drawings than in later sketchbooks like Satiroplastic.

The book has a very rough-hewn quality — the trimming is jagged and the binding is, er, original… it feels like a pretty mysterious artefact. The artwork’s very Gary Panter, but in a relaxed way.

And there’s even a little comic strip in here.

Very hand made feeling — the cover is glued onto the cardboard, and the back cover has a stuff sticky-taped to it.