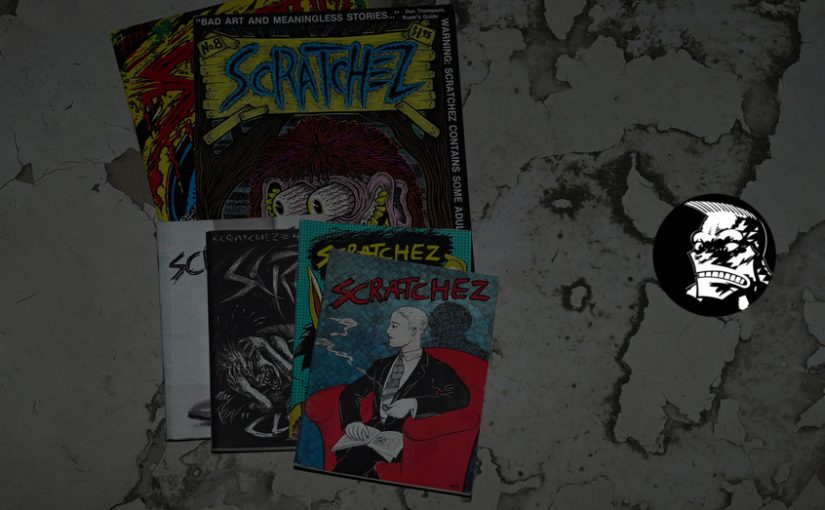 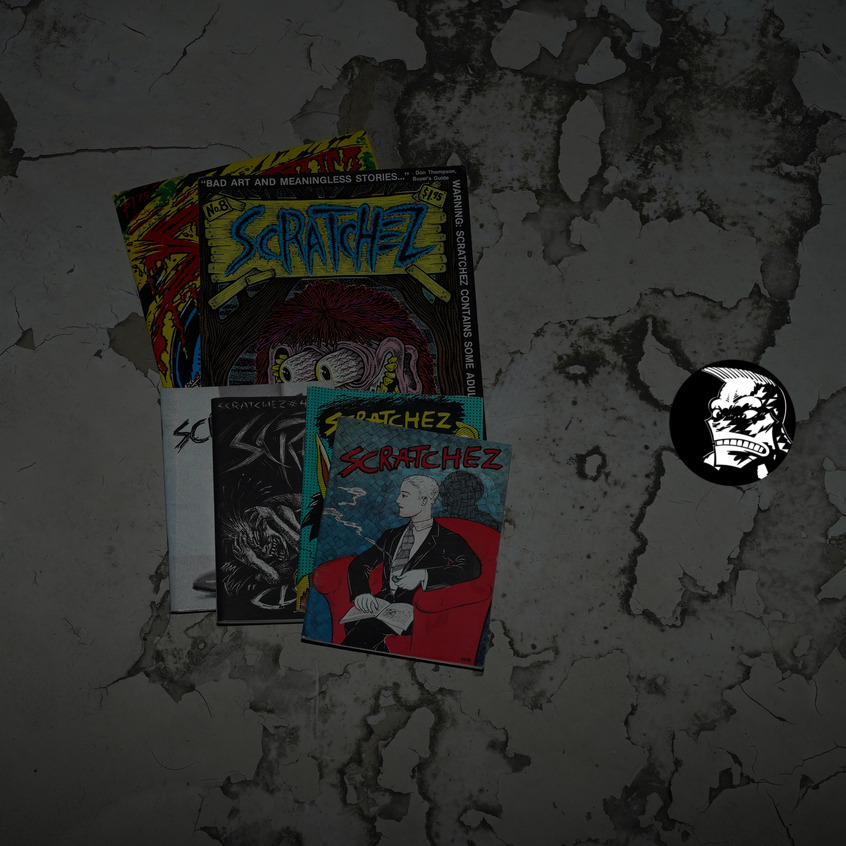 I had one of these comics already — the sixth issue (the one with the cover by The Pizz), and I vaguely remember that issue as being kinda adjacent to the comics I’ve been discussing in this blog series, so I bought all the other issues I could find — I think I have 1-4 (mini-comic sized) and then #6 and #8. So let’s read them. 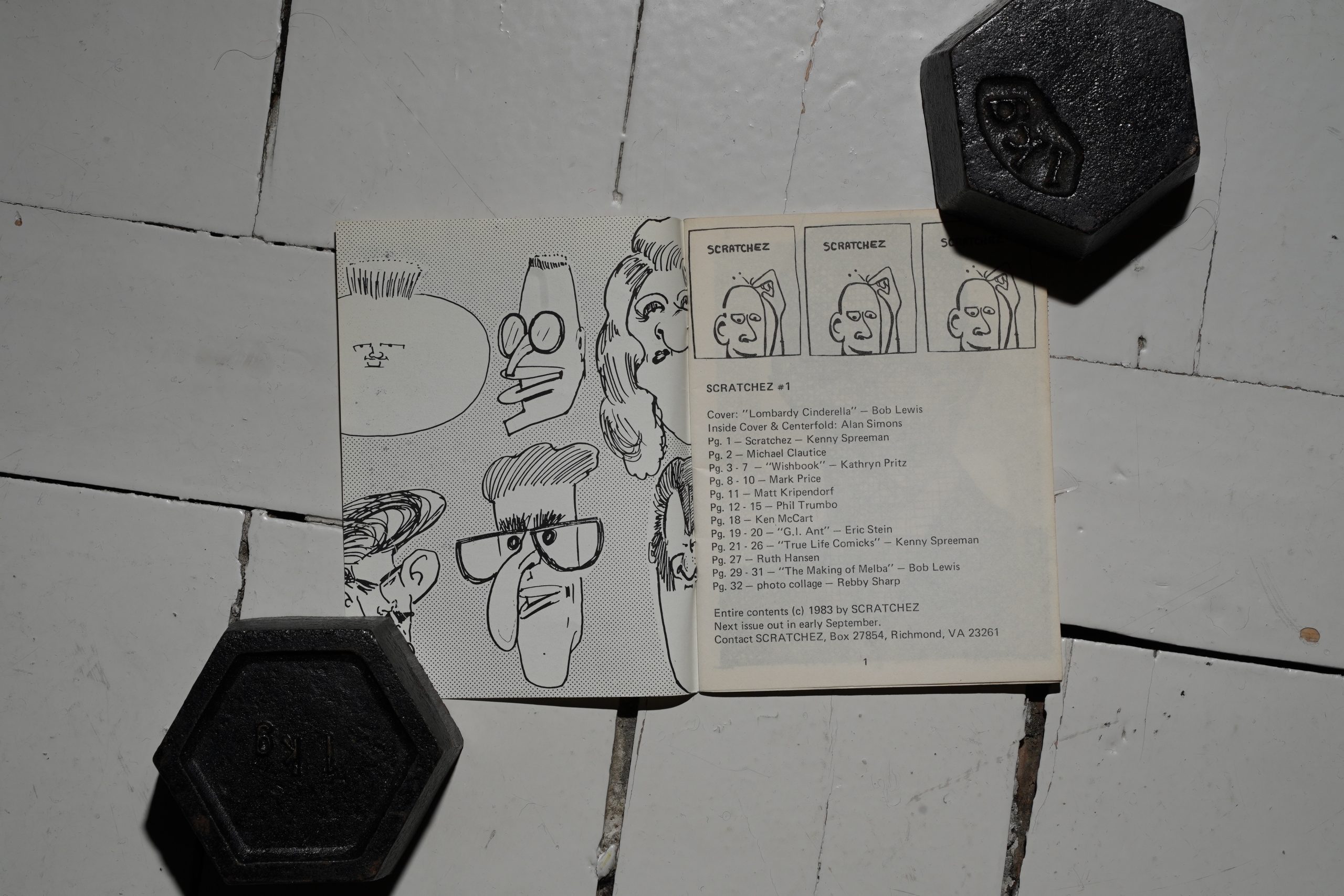 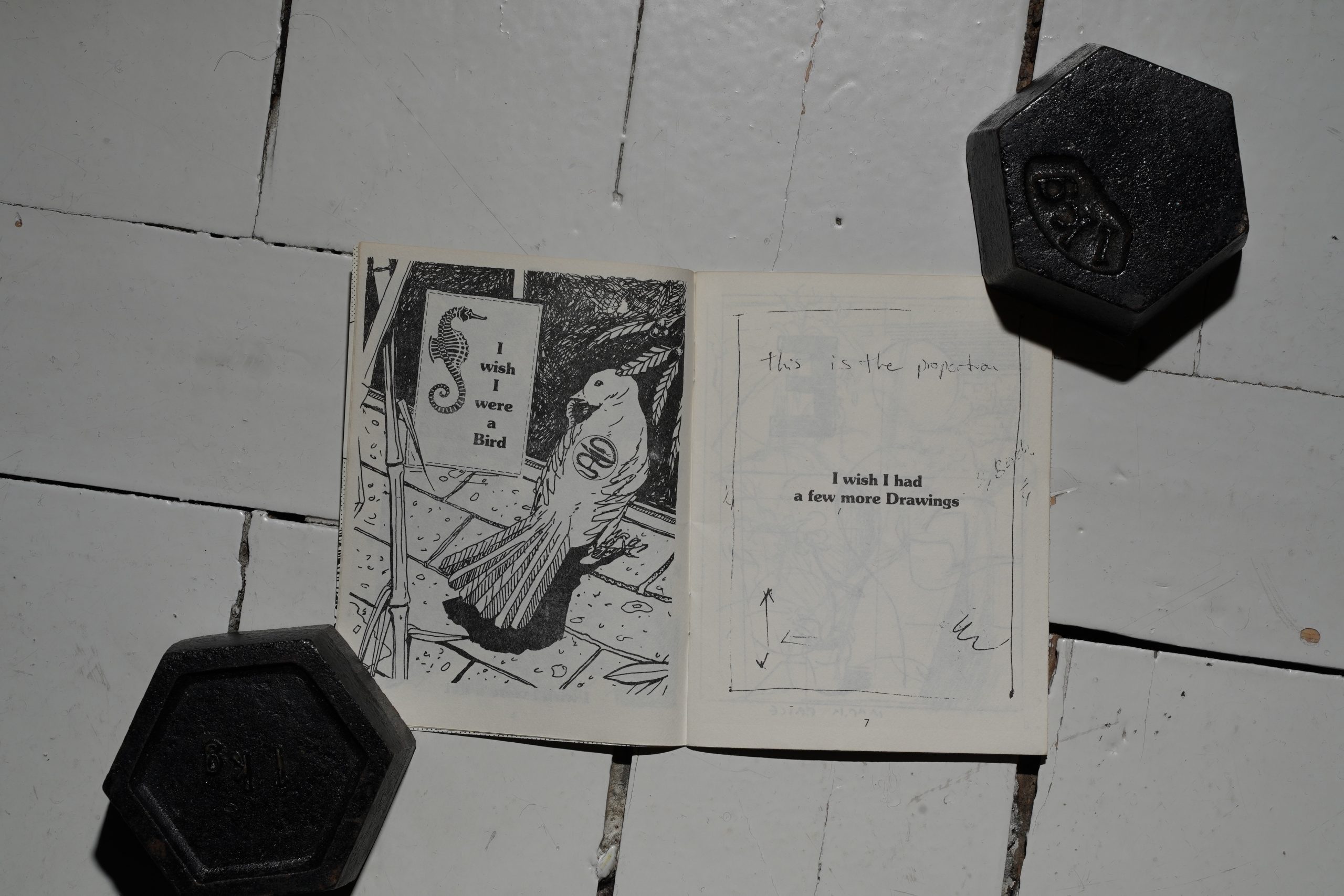 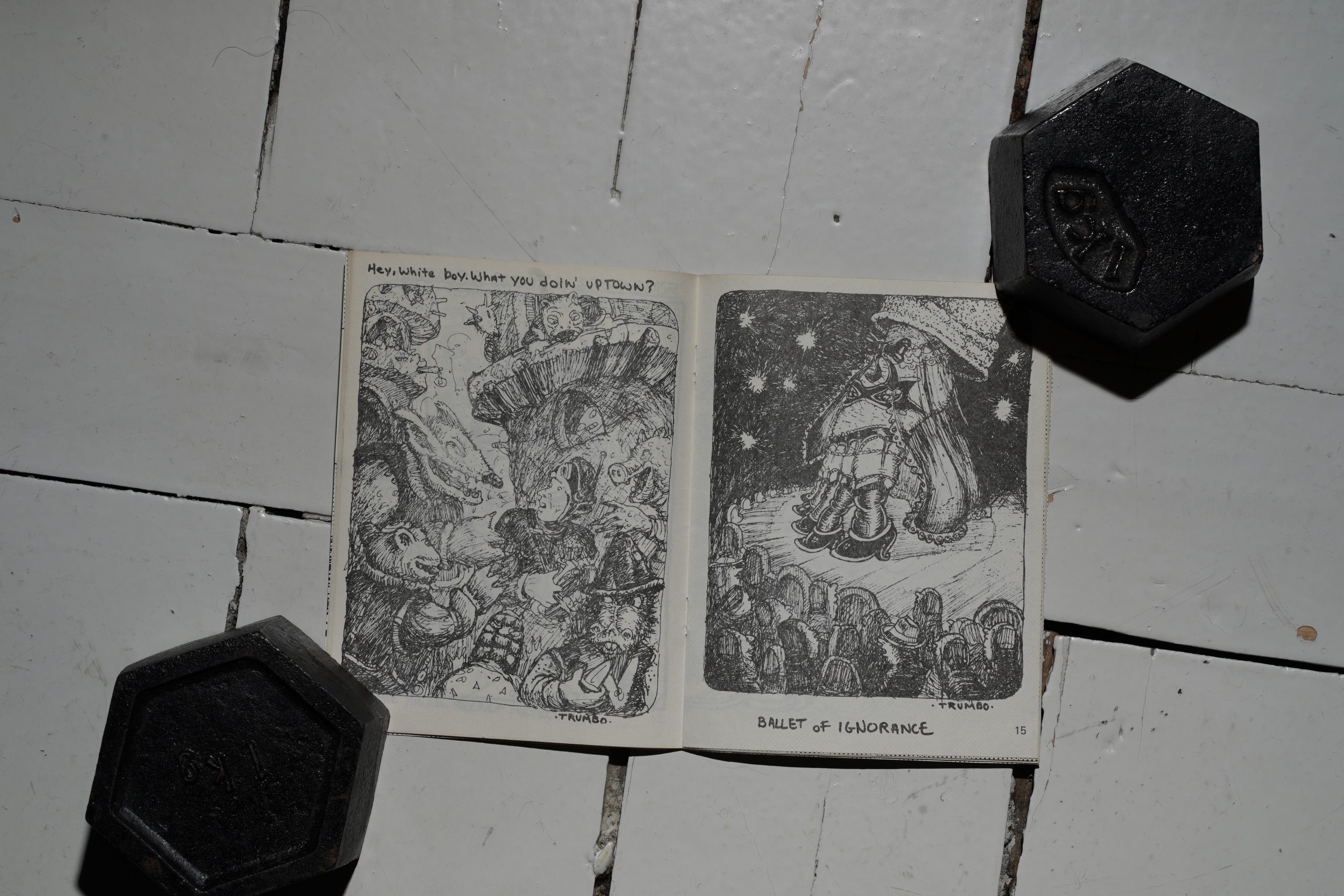 I’d say about a third of the pieces are more illustration than comics. 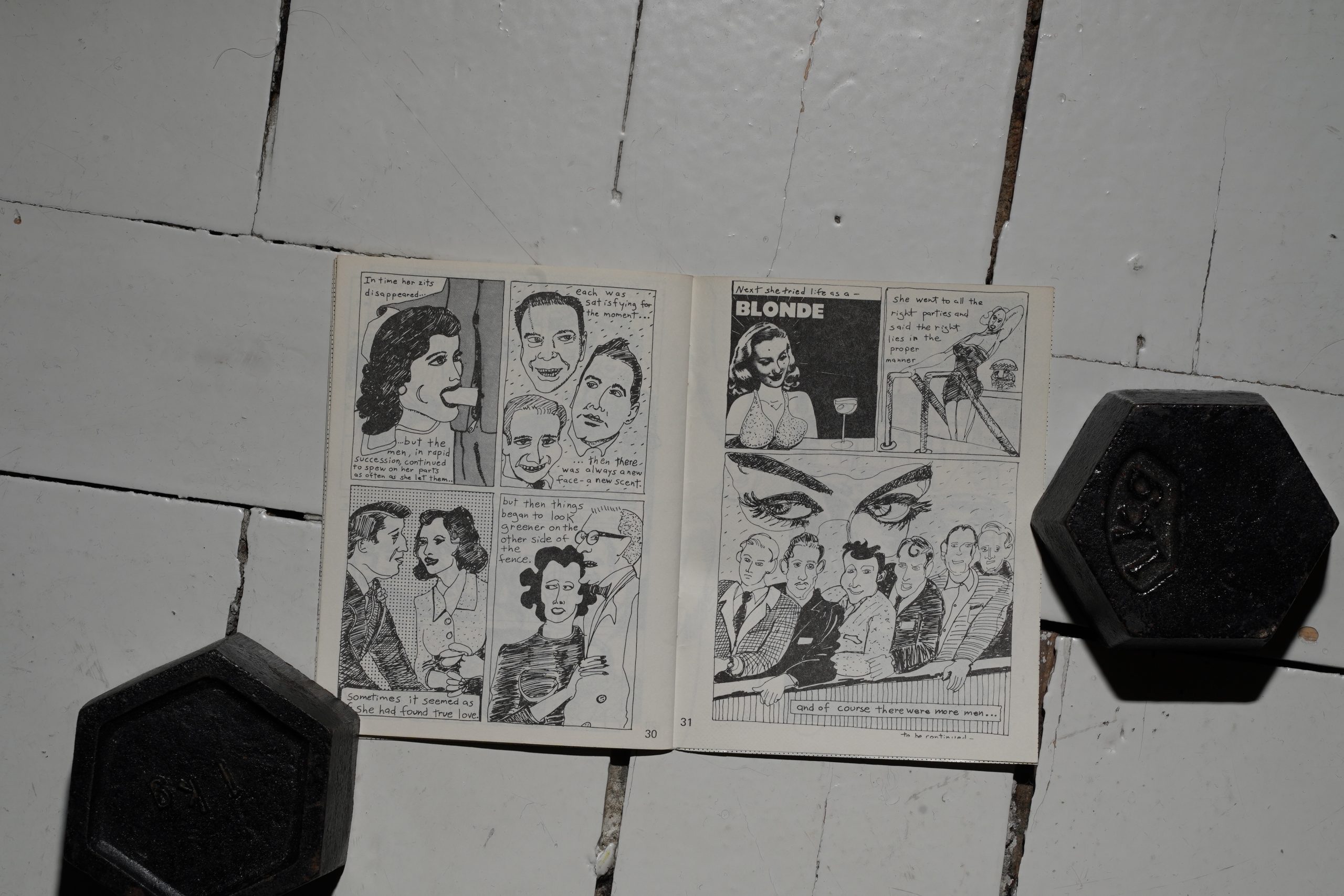 The quality varies wildly — and the most amateurish stuff in here is probably the stuff by Bob Lewis himself. 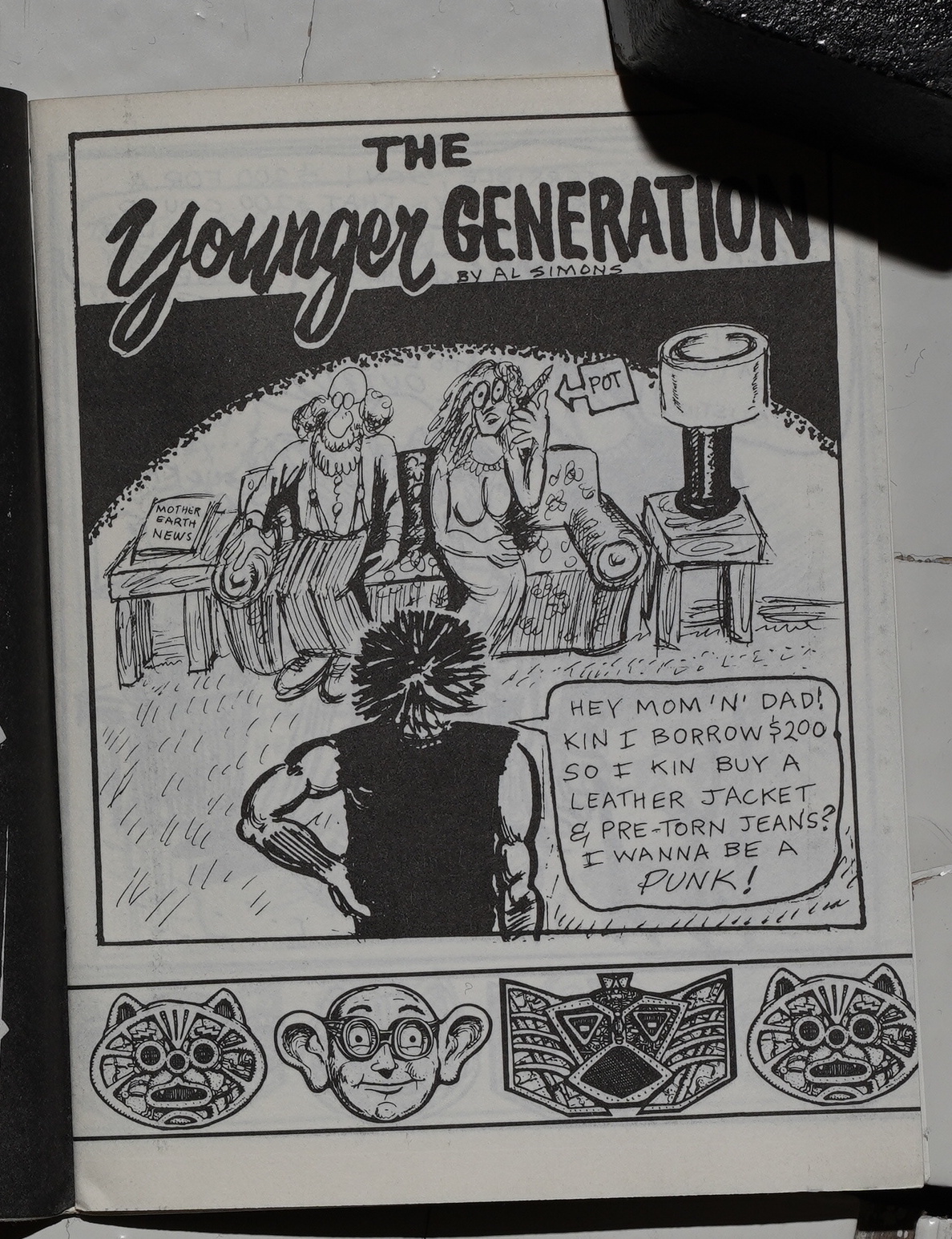 But there’s some good jokes in here. 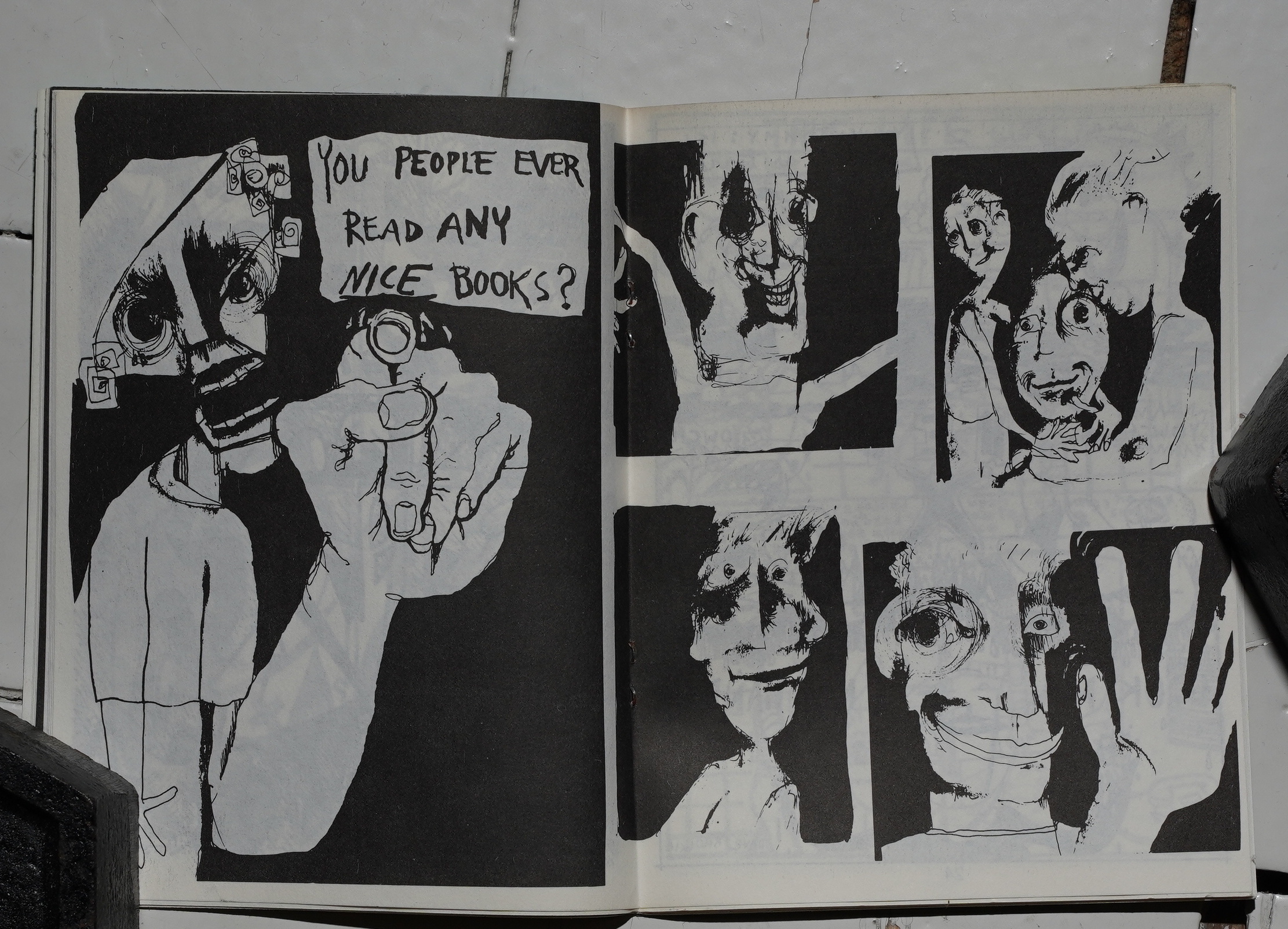 And some interesting art. (Georgia Myers.) 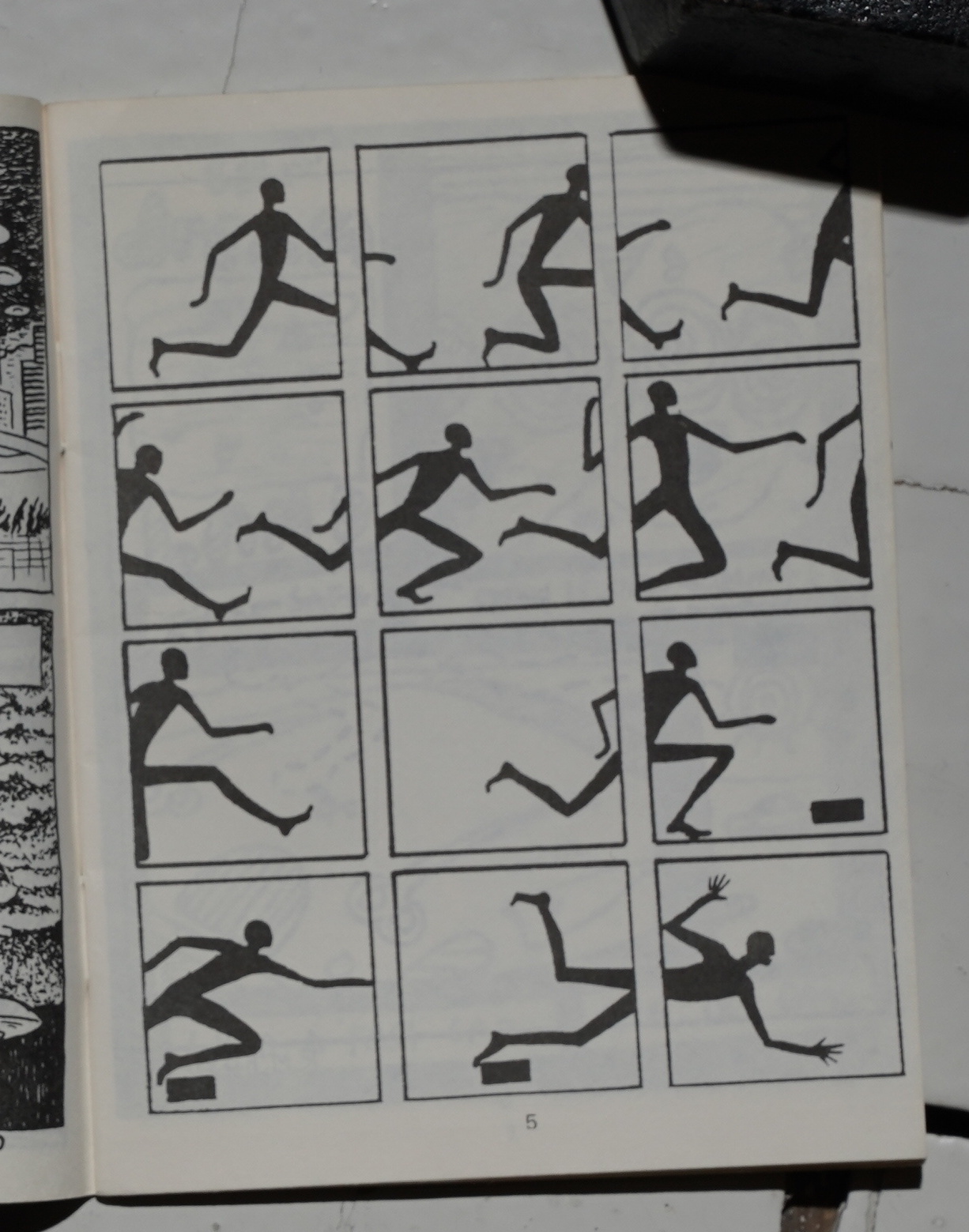 Not a lot of formal play, but some. (Ruth Hansen.) 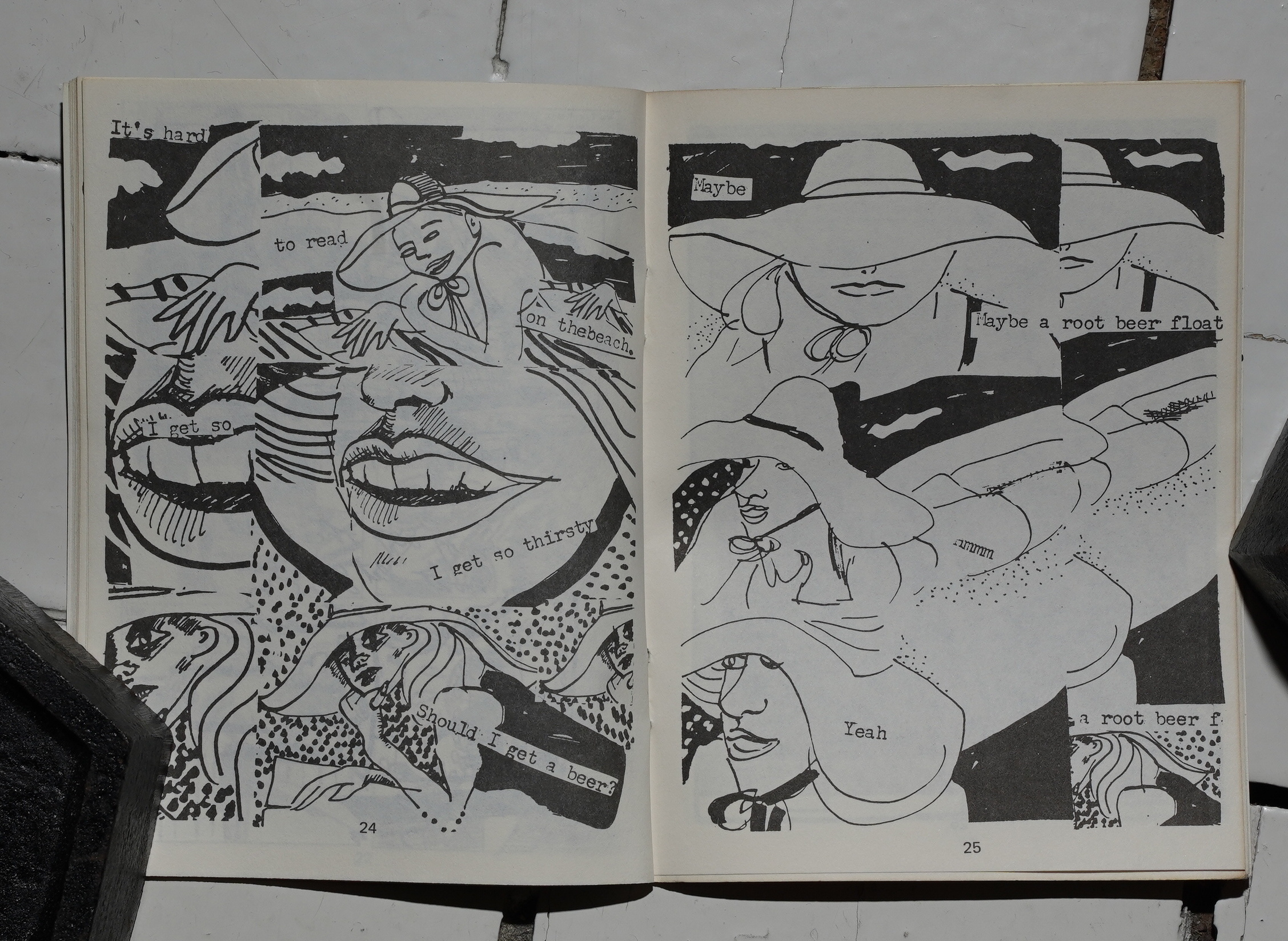 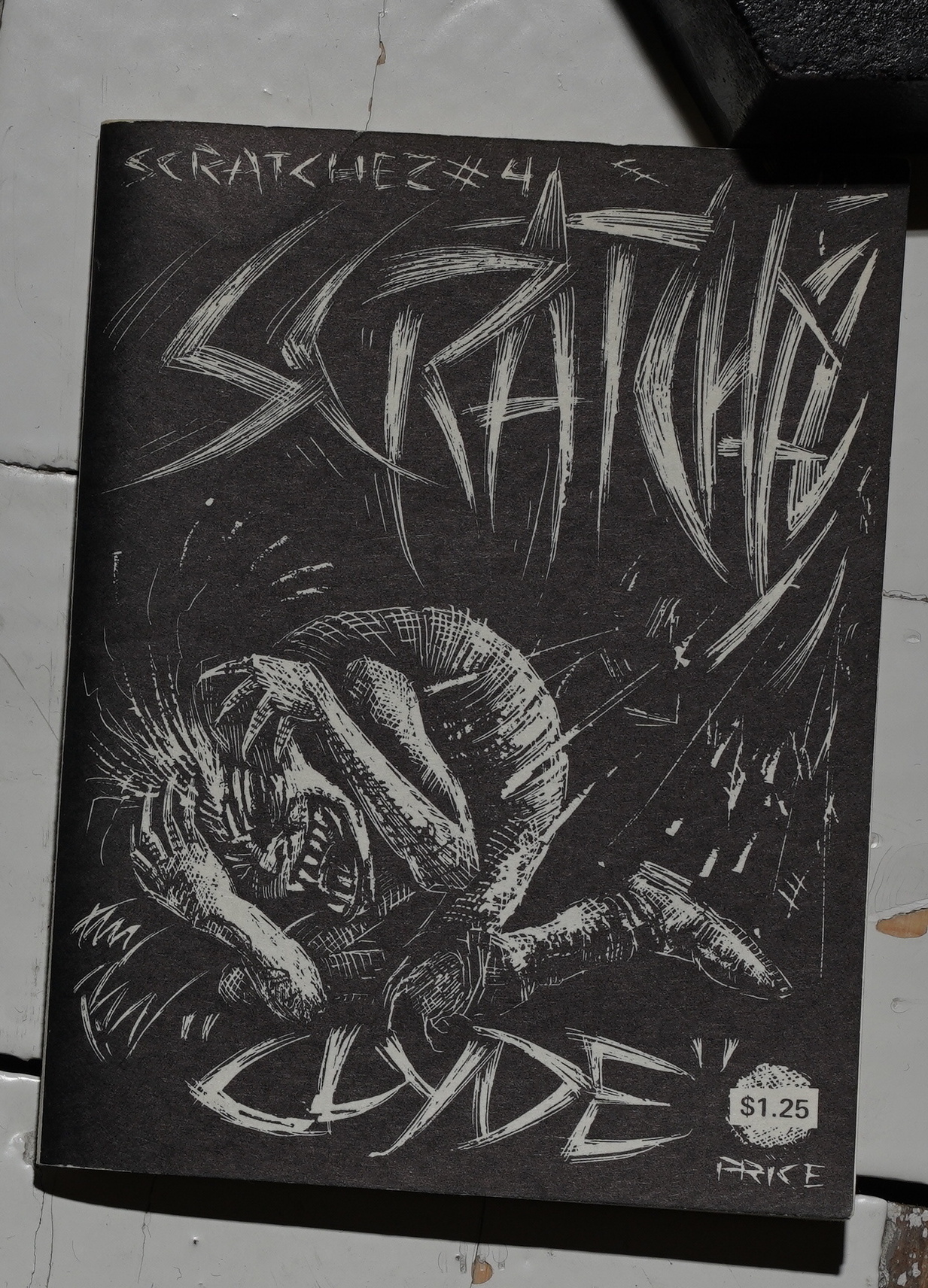 Oo, nice cover by The Pizz. 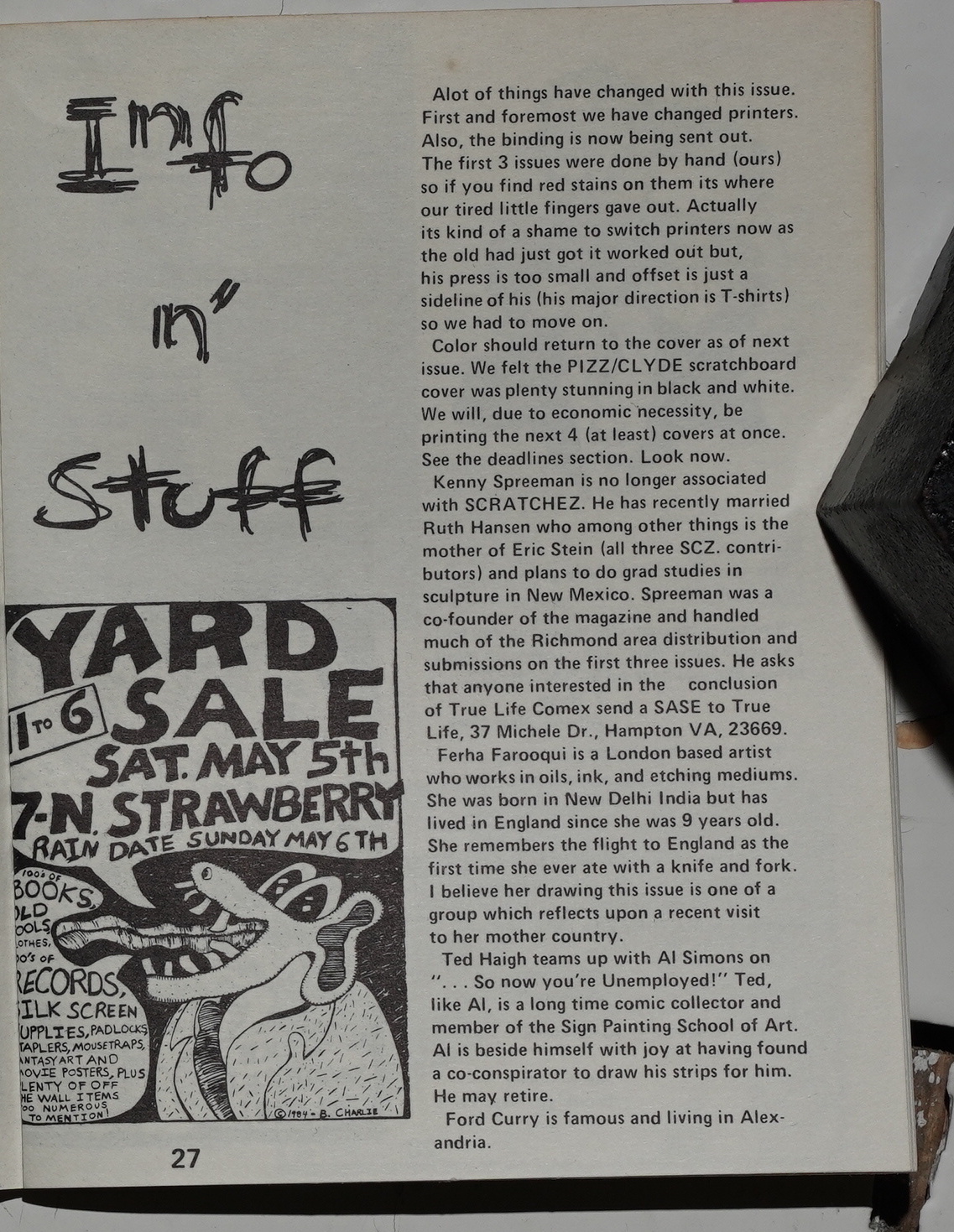 In the fourth issue, we get the first editorial. (Ish.) 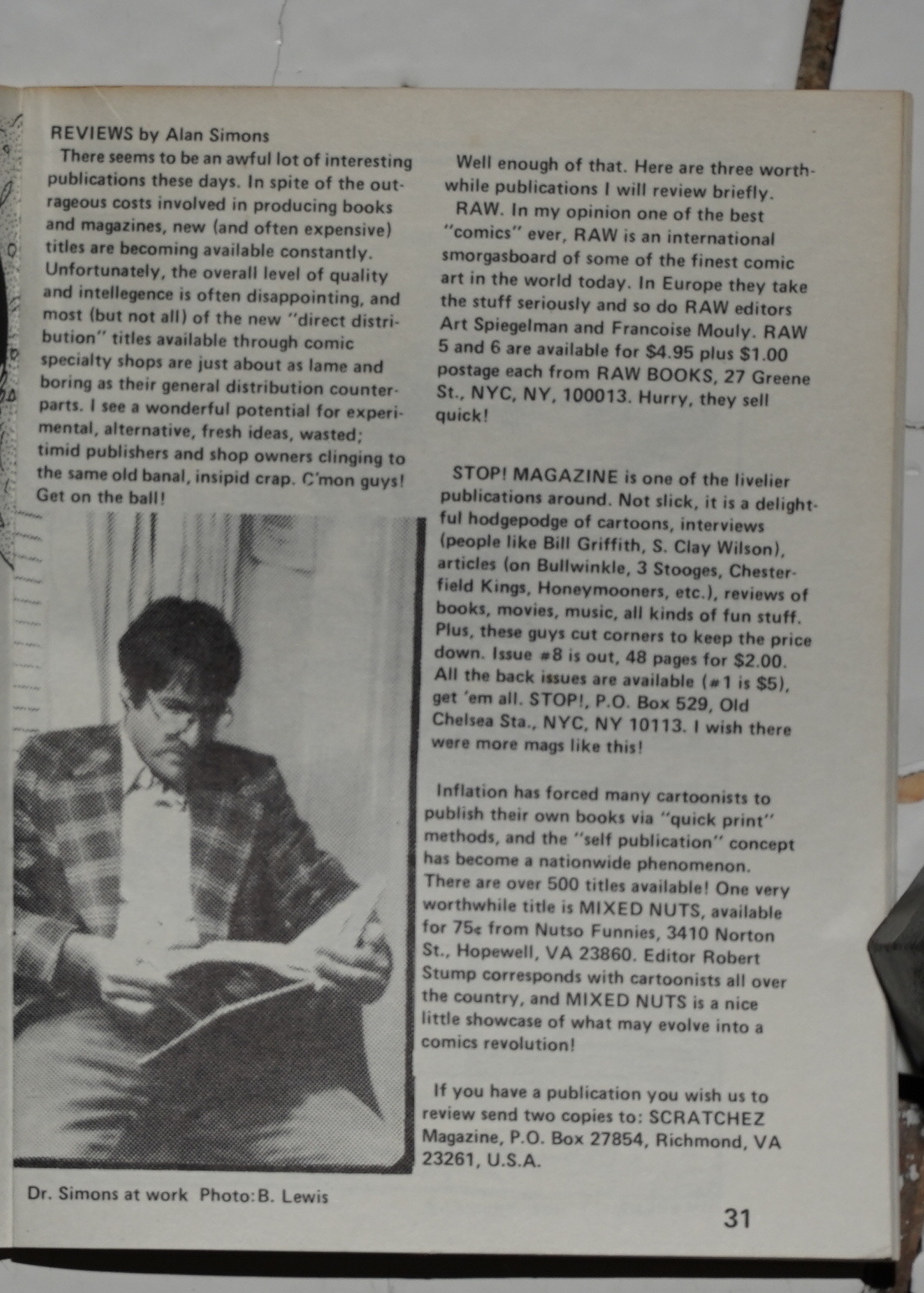 And things get really chatty from then on. 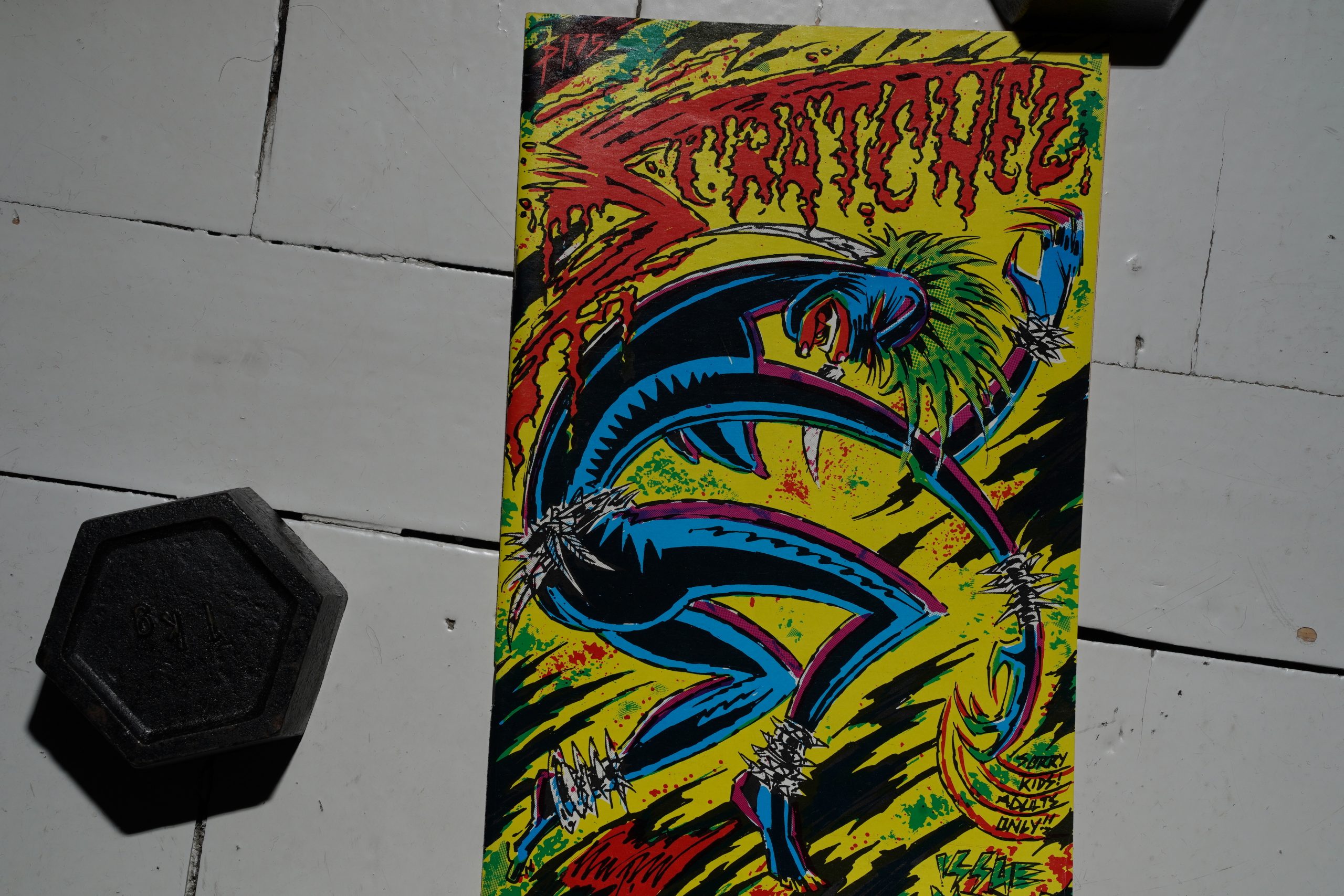 Ooh! Another cover by The Pizz. 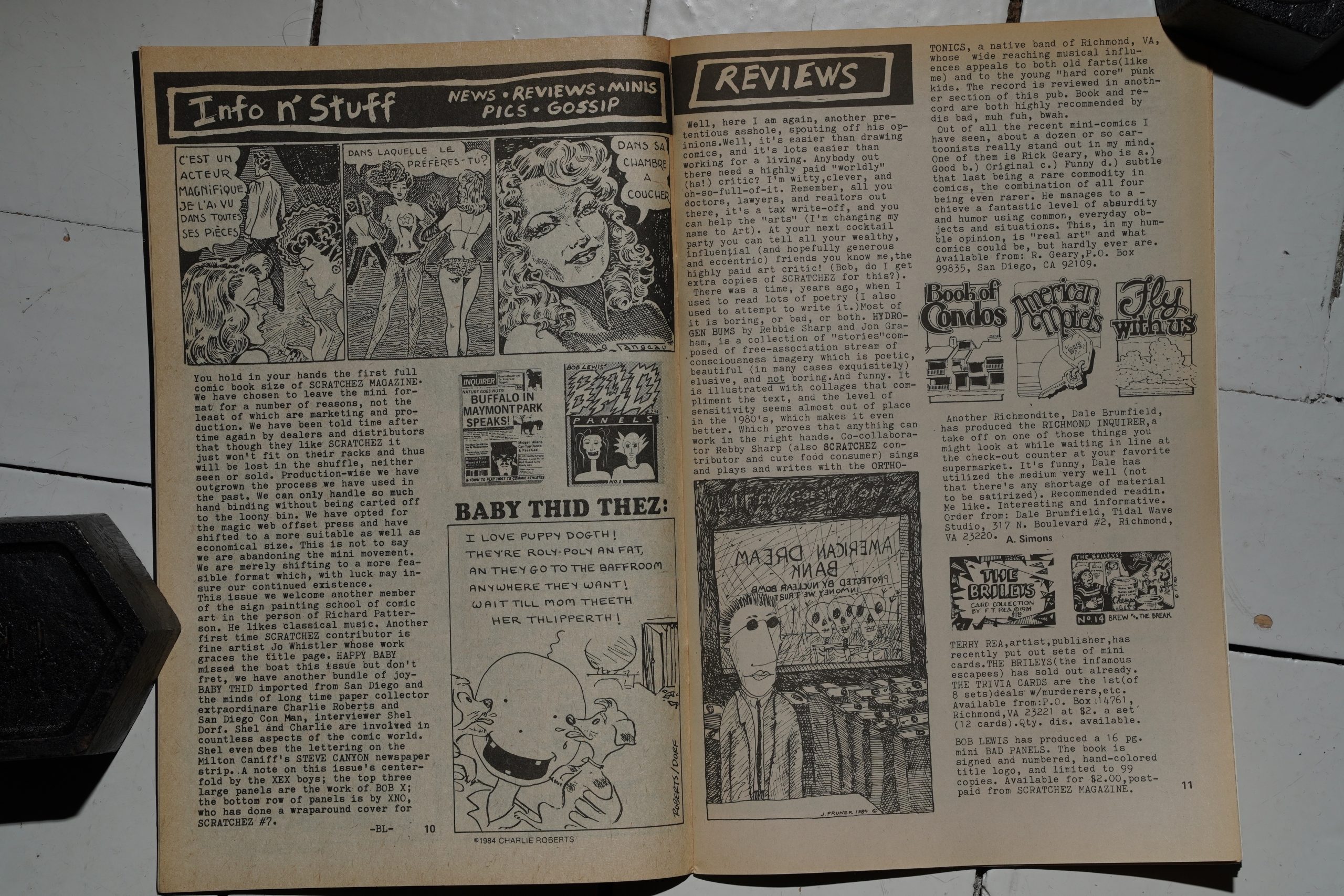 Scratchez switches to the normal US comic book format, and now the editors have so much space to yammer on and on… 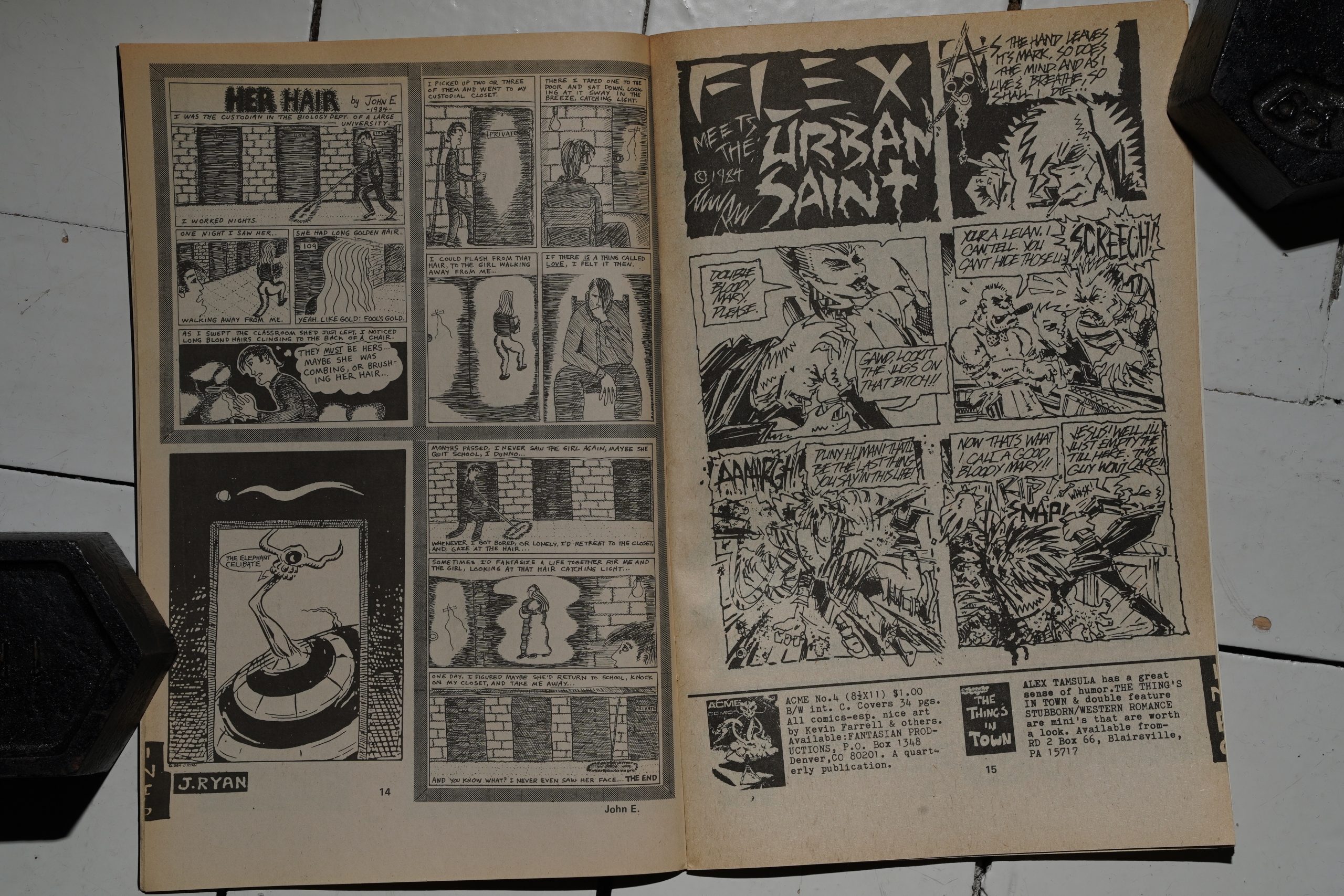 The first full-size book prints a few things in smaller format (probably arrived before they decided to switch format?), but most seem made for this larger format… but they cram in text anywhere there’s space, like at the bottom of this The Pizz strip. The seventh issue received the highest accolade possible for a comic book in 1986 — a negative review by Don Thompson of the Buyer’s Guide. “Bad art and meaningless stories”. It didn’t get more prestigious than that in those days. 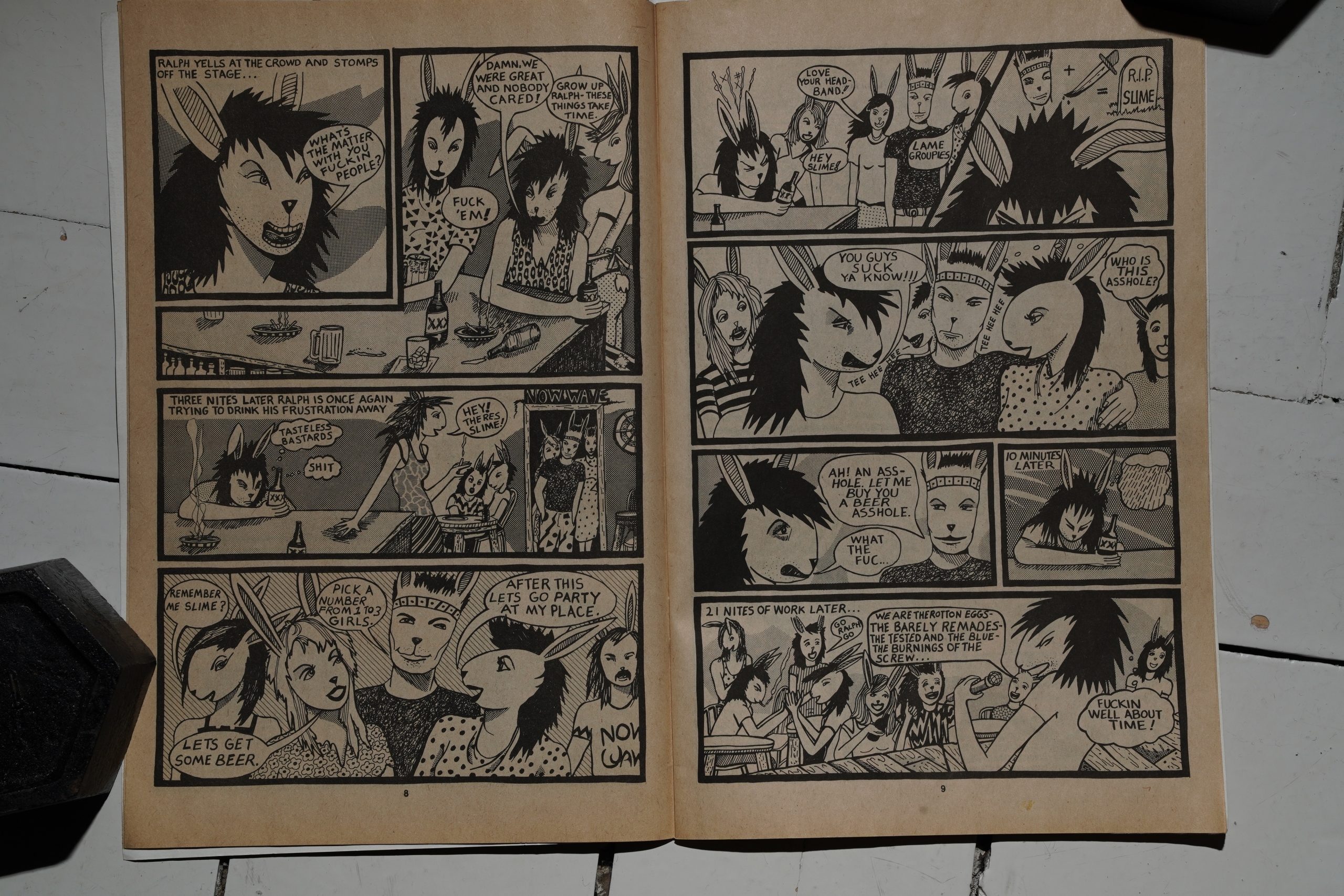 Co-editor Kathe Pritz’s artwork gets better and better, but the story still doesn’t make much sense by the eighth issue (which is the final one I have — I don’t know how many there were). 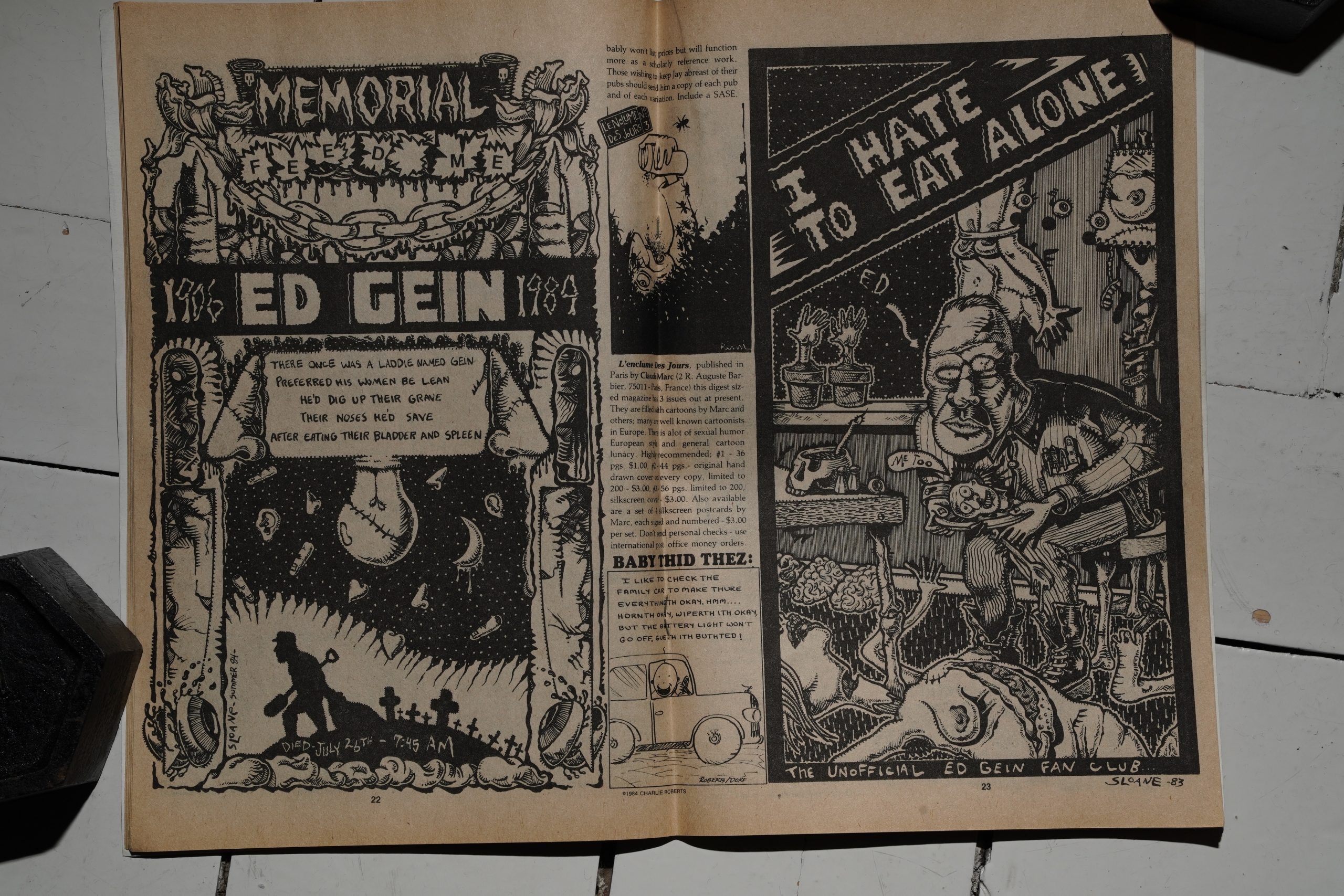 Look at them cramming text in here — even in the gutters. And finally something that’s pretty relevant for this blog series — the Carel Moiseiwitch strip about the CIA manuals (much-reprinted in anthologies).

Co-edited by Lewis and Pritz, Scratchez is
a lively collection Of material, with lovely
color overlays on the done by Lewis.
It’s an innovative use Of the format. Com-
menting on the function of Scratchez, LCAVis
says, • ‘It’s made up of lots of different artists
with unique styles finding acceptance on
whatever level is right or each of them.”