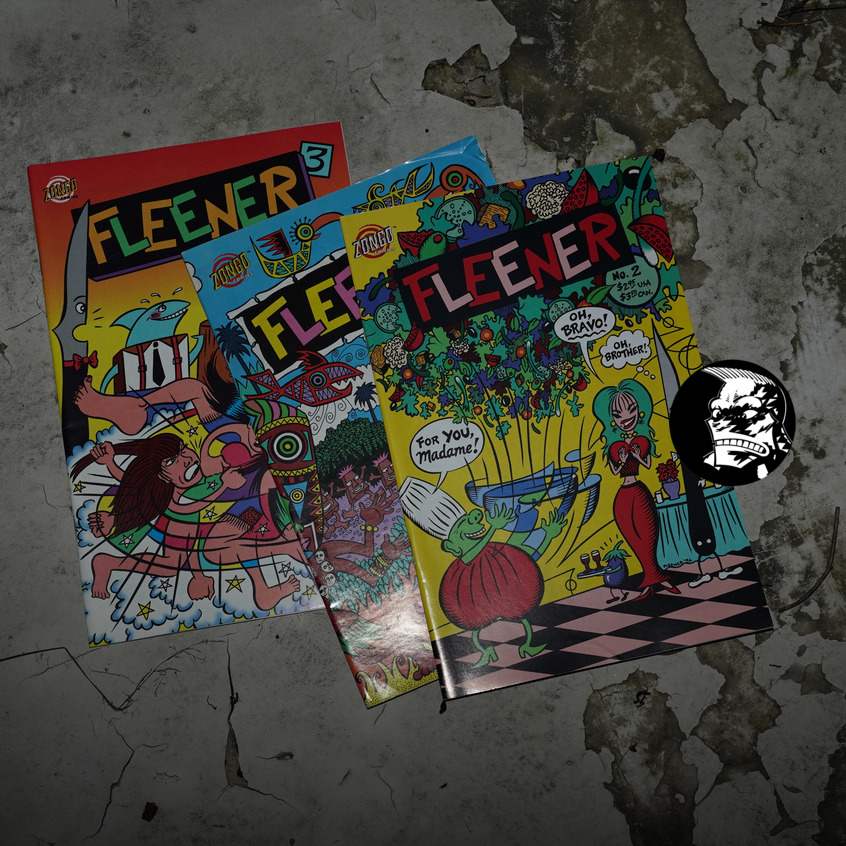 I love Mary Fleener’s work, but I wasn’t going to cover any of it in this blog series, because while it’s wild and sometimes avant garde, I’d say it comes more out of the Underground comics tradition than what I’m talking about here. But this was published by Bongo comic’s imprint Zongo, which only published one single other thing — Jimbo — which is central to this blog series, so I thought it might be interesting to take a look at these comics anyway.

I bought these issues at the time, but I haven’t re-read them since and I remember absolutely nothing about them. 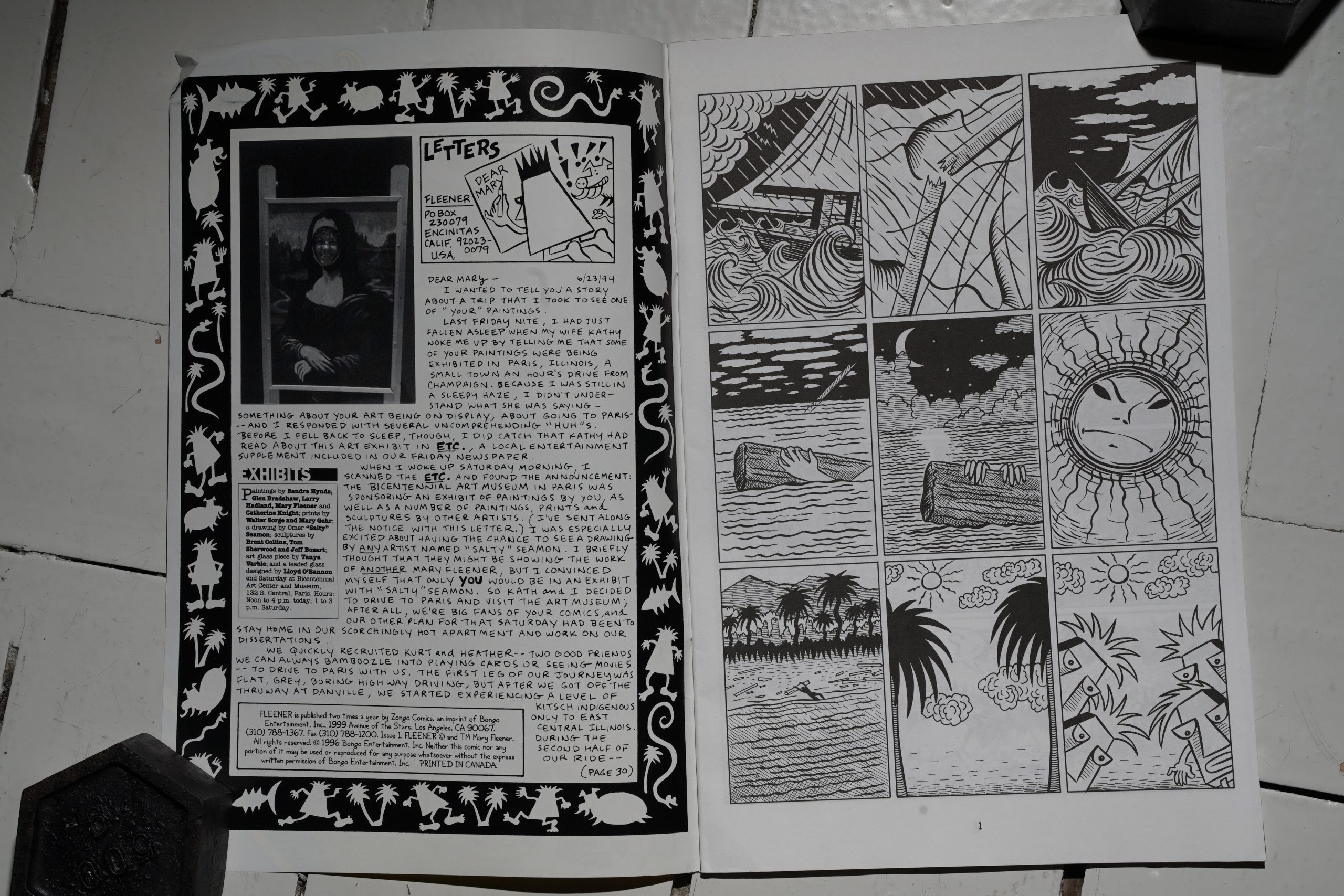 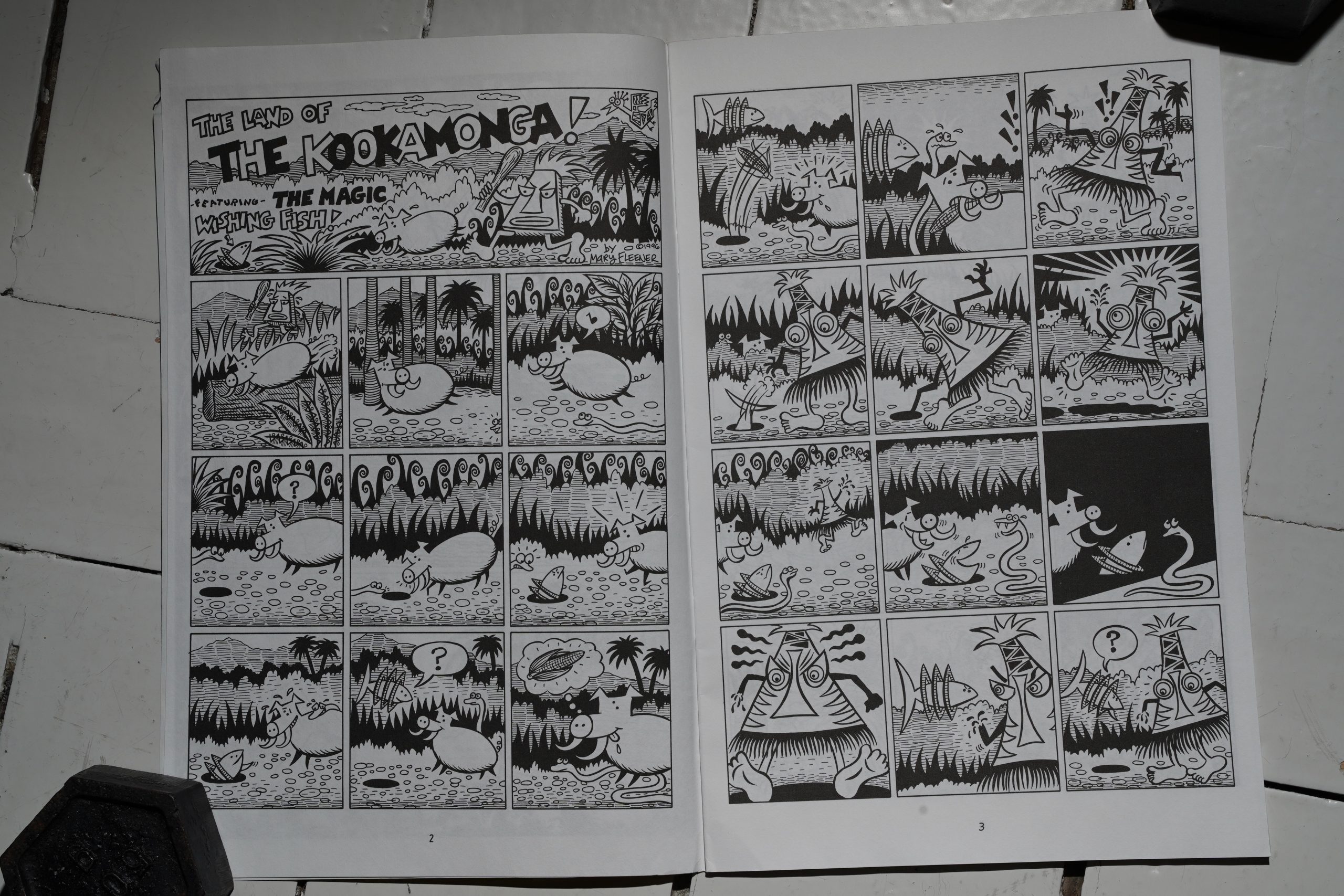 Well… uh… this isn’t what I expected at all. This first issue is wordless (which isn’t that unusual for Fleener, if I remember correctly), but it’s not done in Fleener’s cubismo™ style. Instead it looks more like Carol Lay? If I didn’t know this was by Fleener, I totally would have guessed Lay. 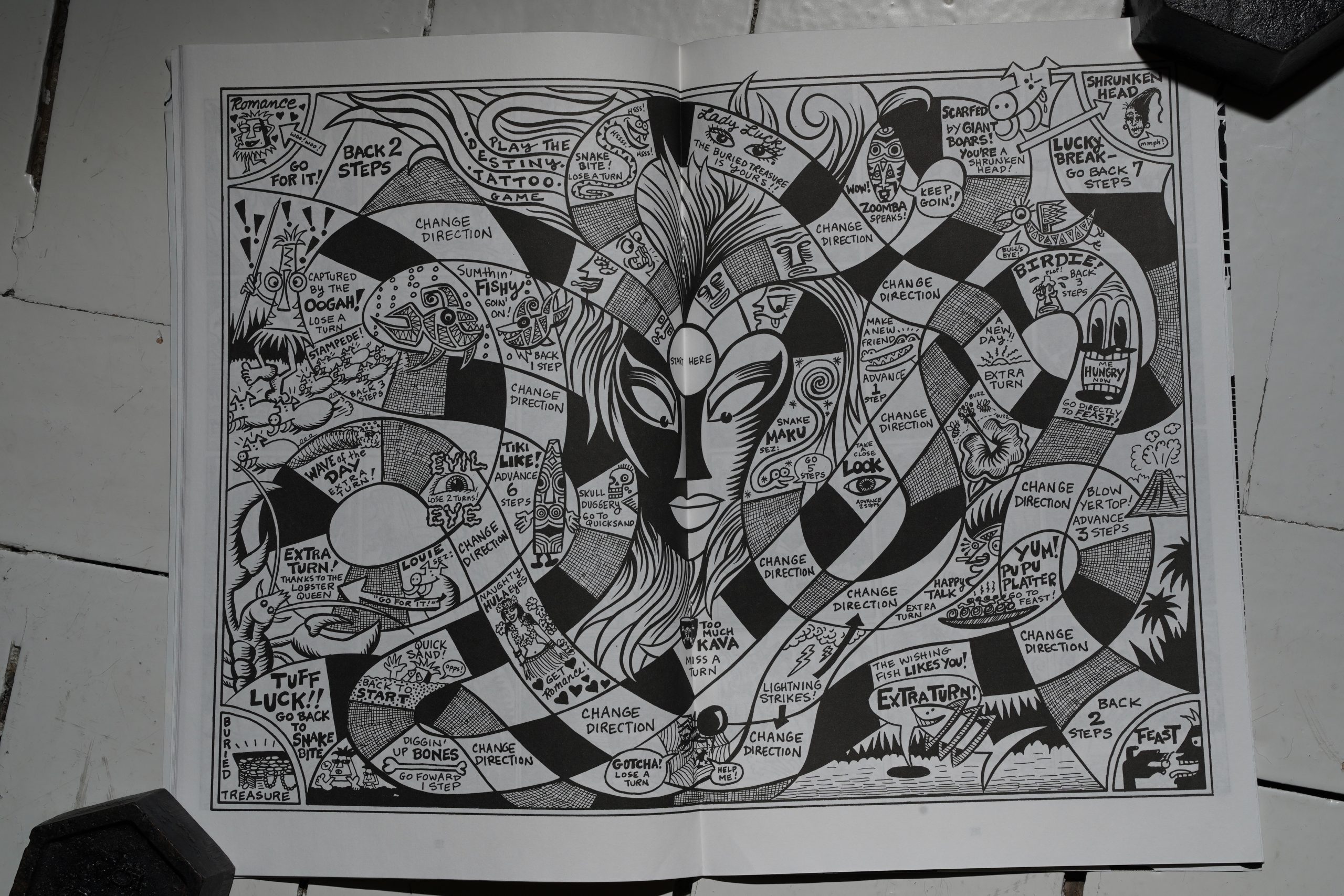 OK, this is more Fleeneresque… 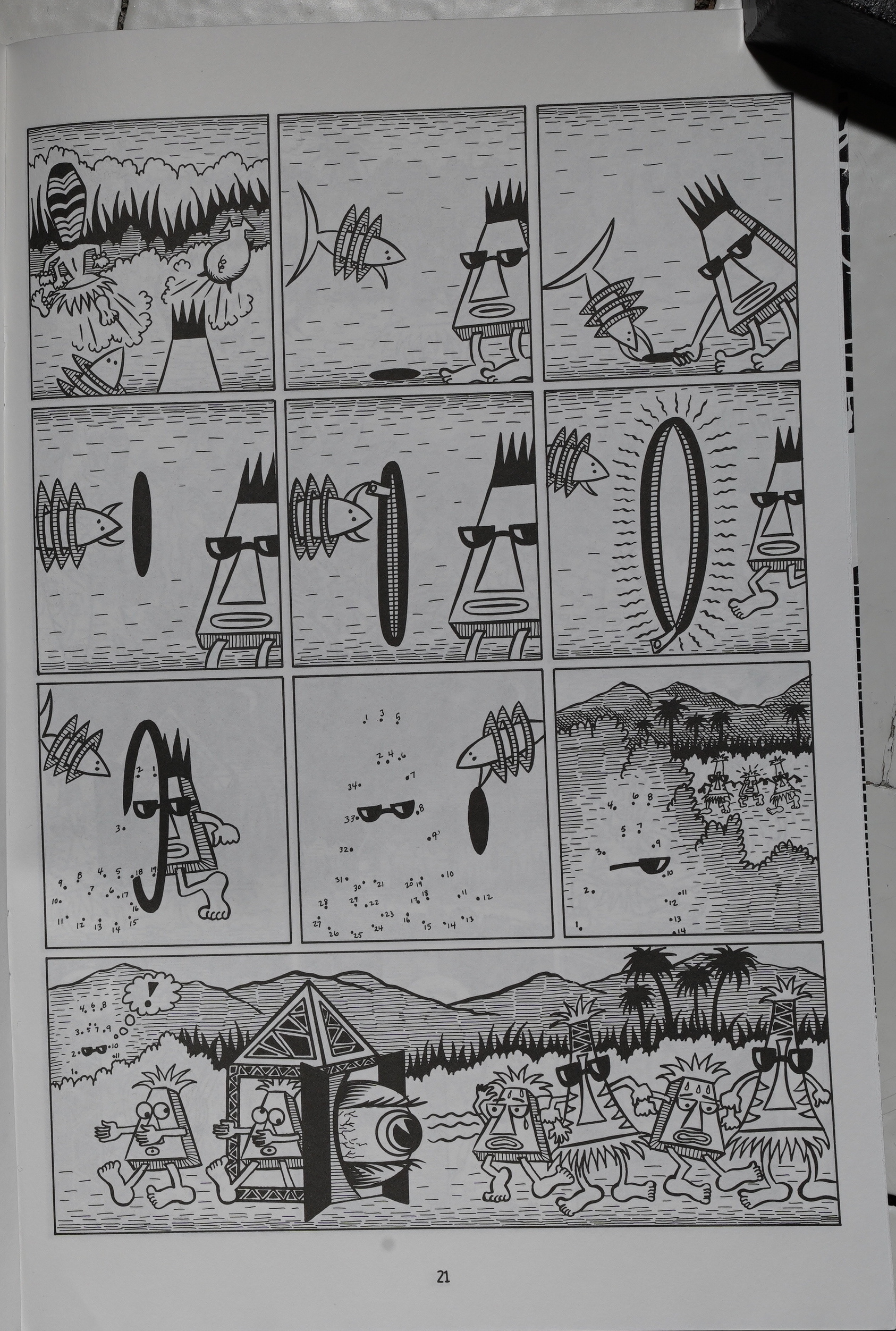 I like the way she draws the invisible character. 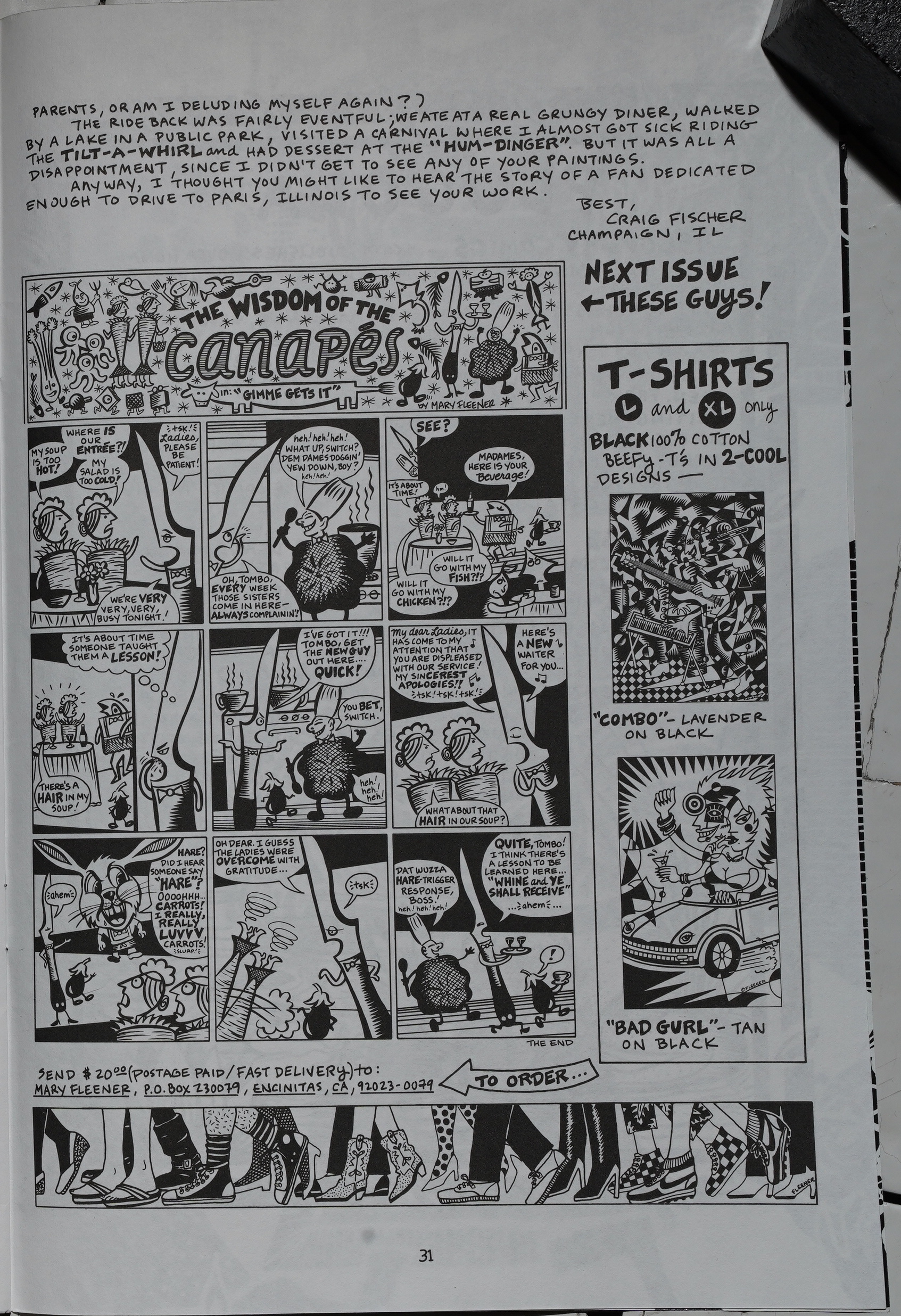 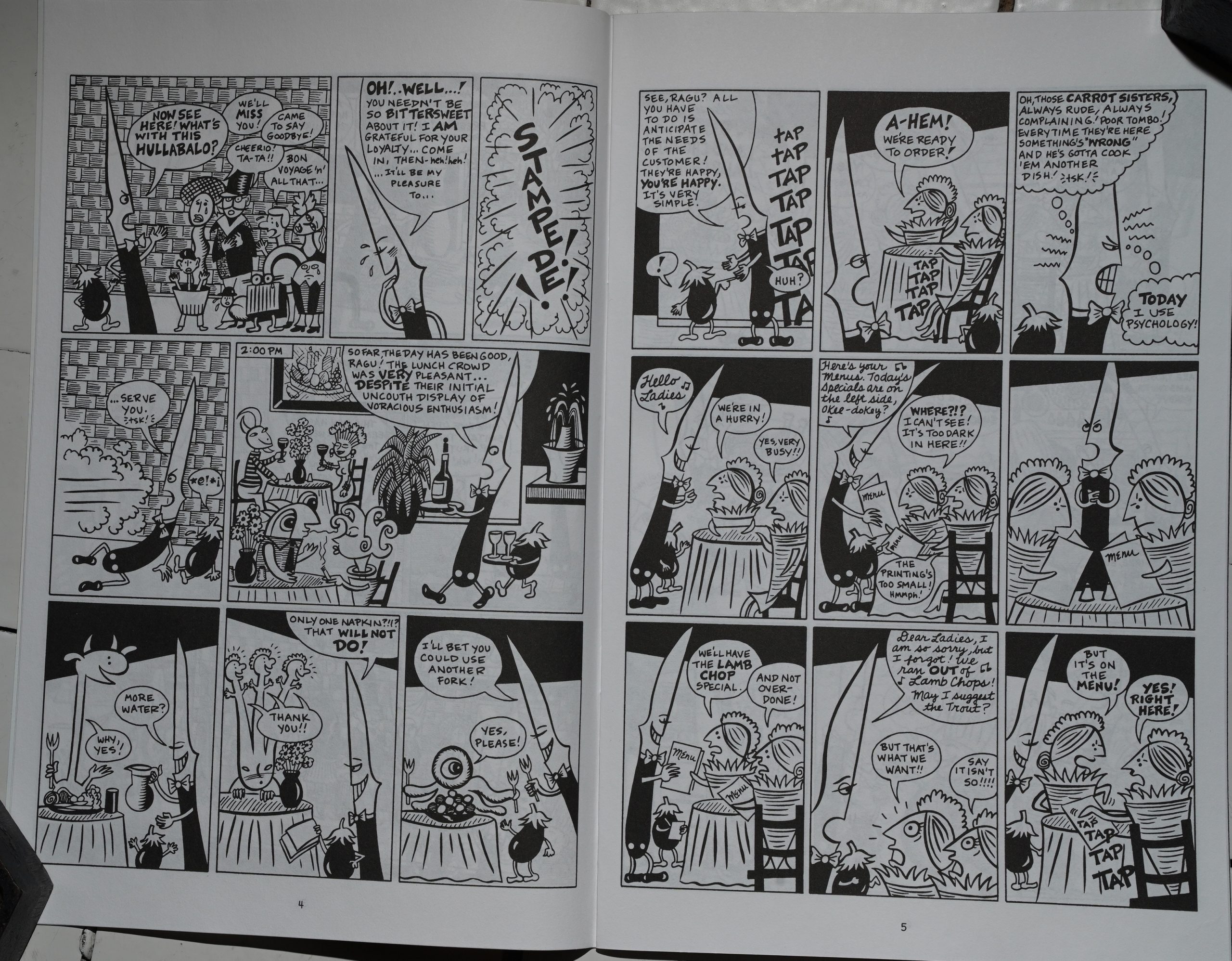 The second issue ties into the first one only vaguely — but it’s very chatty, and has a bunch of new characters like Switch, the switch-blade maître d’. Was Fleener casting about for characters that could easily be turned into a cartoon, perhaps? 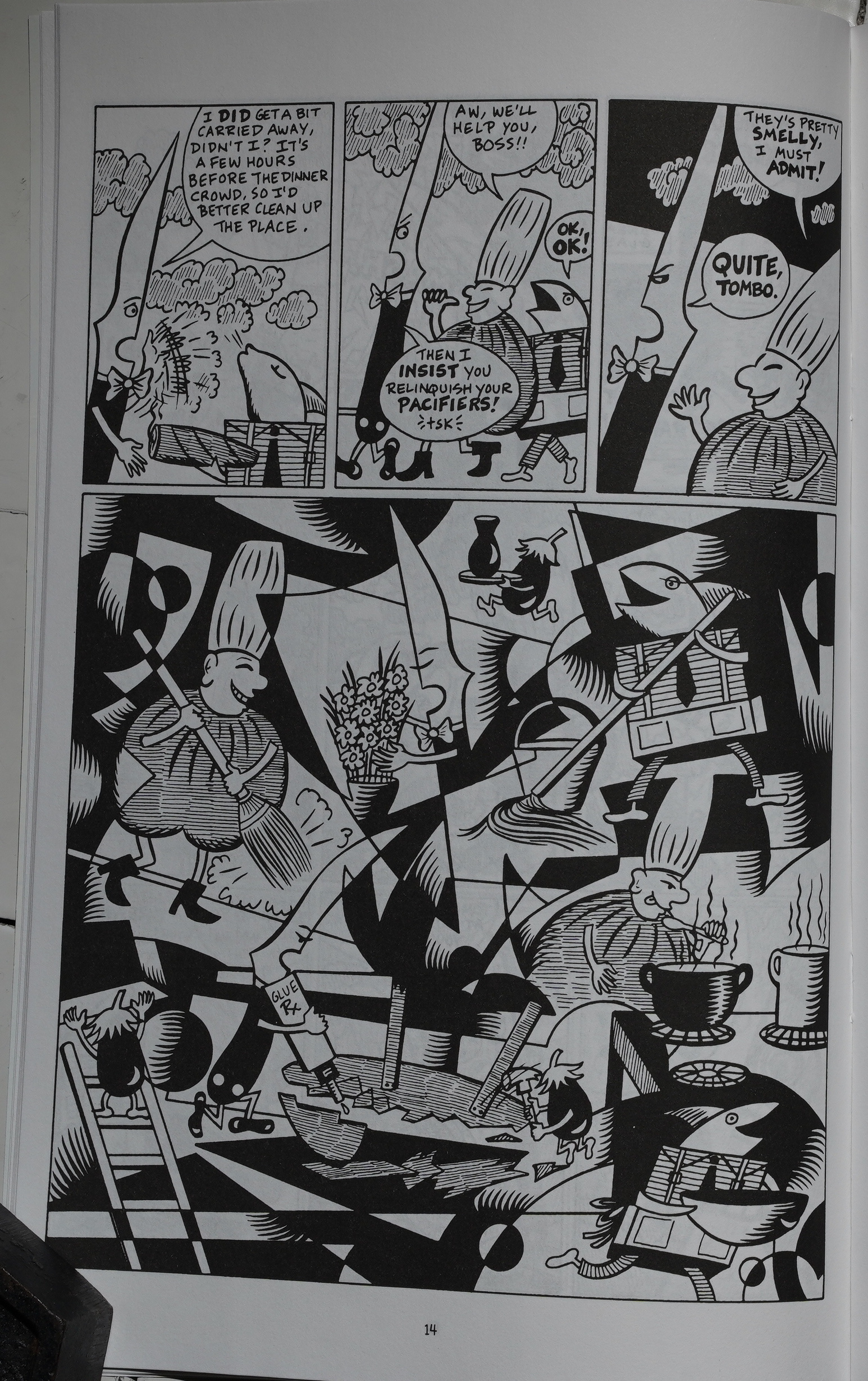 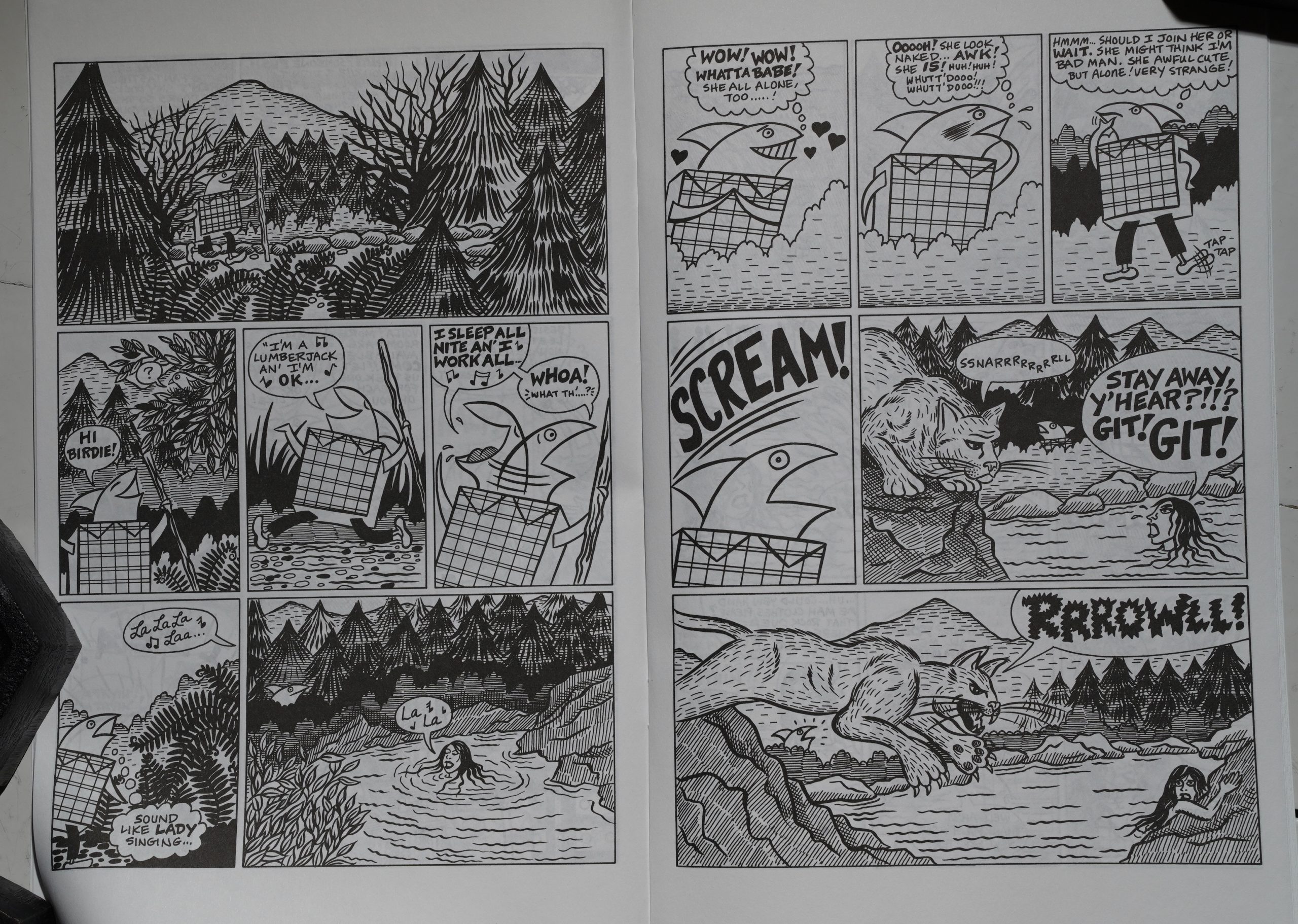 The third issue continues the adventures of the restaurant characters, but moves them into a hillbilly environment… 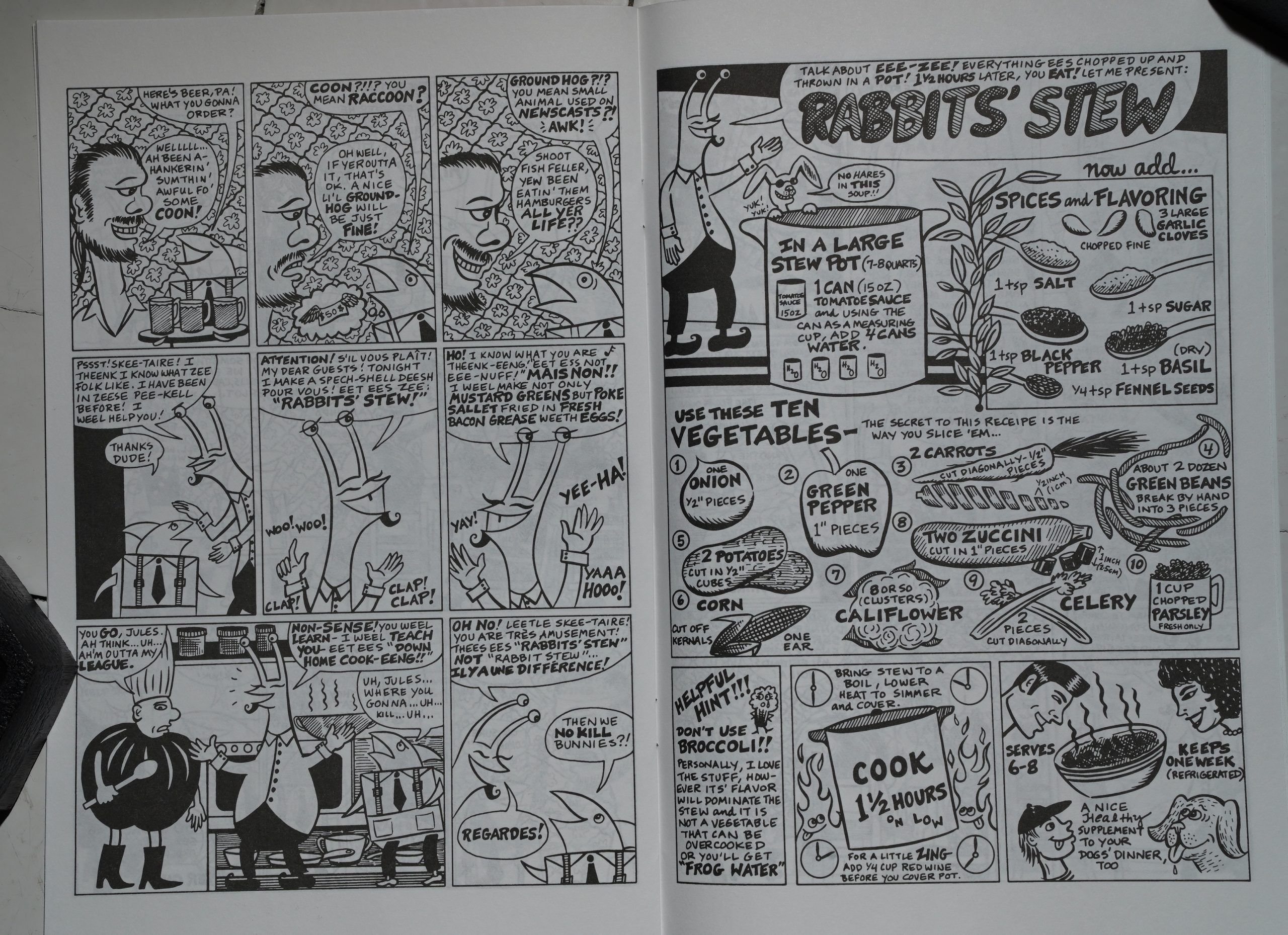 … and we get some recipes… 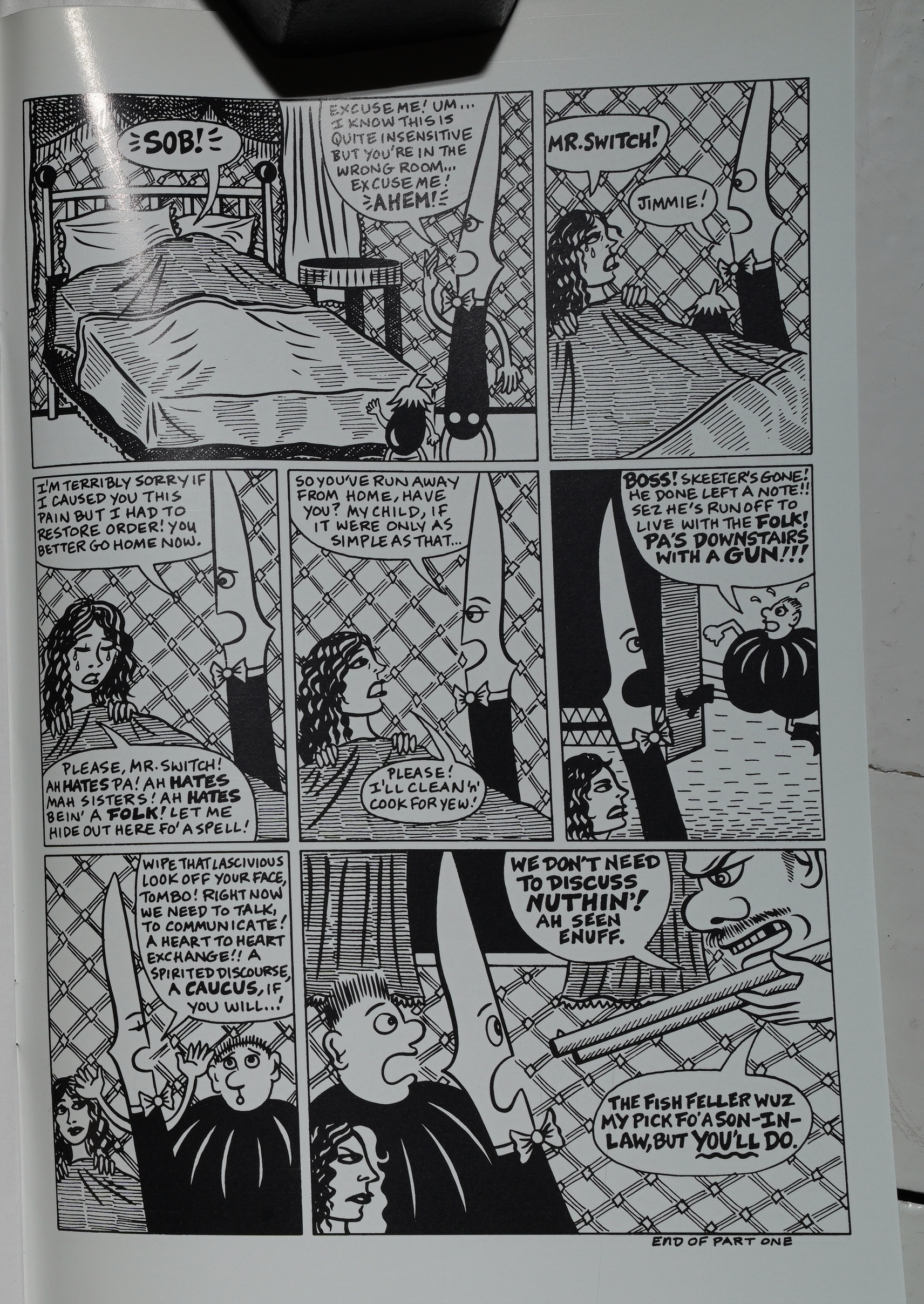 The third and final issue ends with “End of part one”. As far as I can tell, this storyline wasn’t continued anywhere, and she hasn’t done a lot of comics since, apparently?

She seems to have gone into illustration and art. Hm… no, she also did a comic strip?