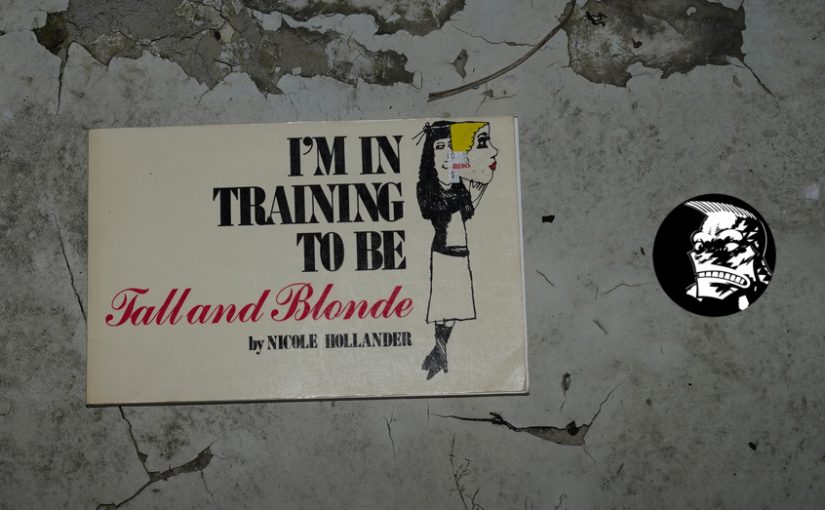 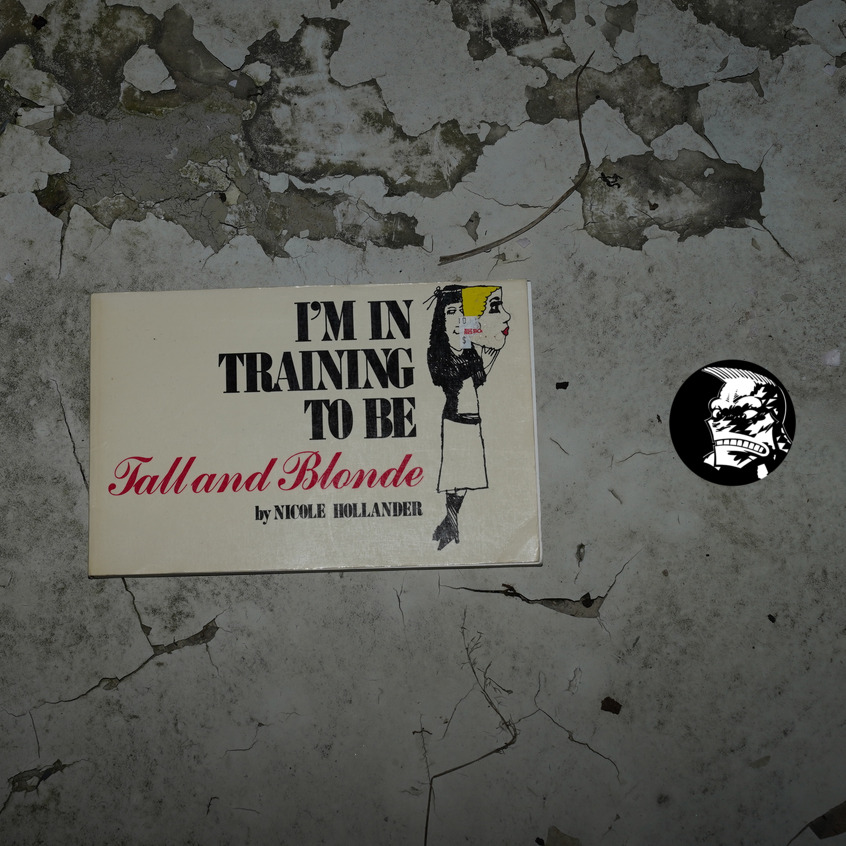 I thought it might be amusing to include a few things that’s sorta “adjacent” to the putative subject matter of this blog series. Nicole Hollander was a friend of Lynda Barry’s, started working a few years earlier (Hollander 76; Barry 79), appeared in similar places (weekly newspapers), and also has a very distinctive ink line. So why not have a look at her first collection?

I’ve been a huge fan of Sylvia ever since the (late) 80s — it’s a hilarious series. But I’ve never gone back and read Hollander’s earliest work (which has been out of print for many decades).

This book collects work from 76-79, and it’s striking how fully formed Sylvia (without a name yet) is already at this early stage. 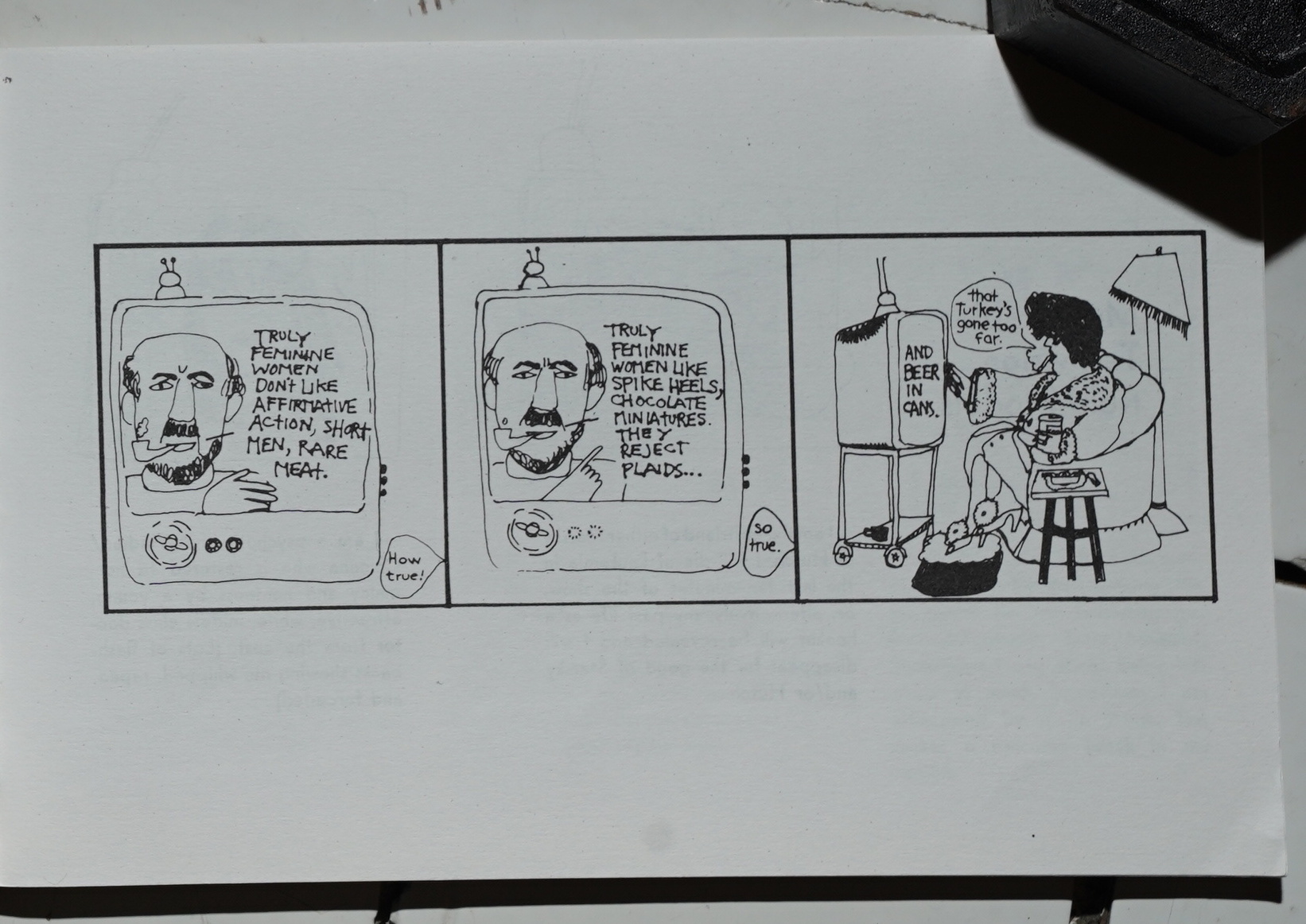 This is earlier, I’d guess, and Sylvia doesn’t quite look like what she’d look like later… but it’s basically all there.

If you look at Lynda Barry’s first few years, she’s relentlessly experimenting with different rendering styles and approaches to cartooning, but Hollander seems to slip into one type of cartooning very quickly, and has basically remained there ever since. Not that there’s anything wrong with that when it’s this good, but it’s a marked difference from most of the people I’ve covered in this blog series. 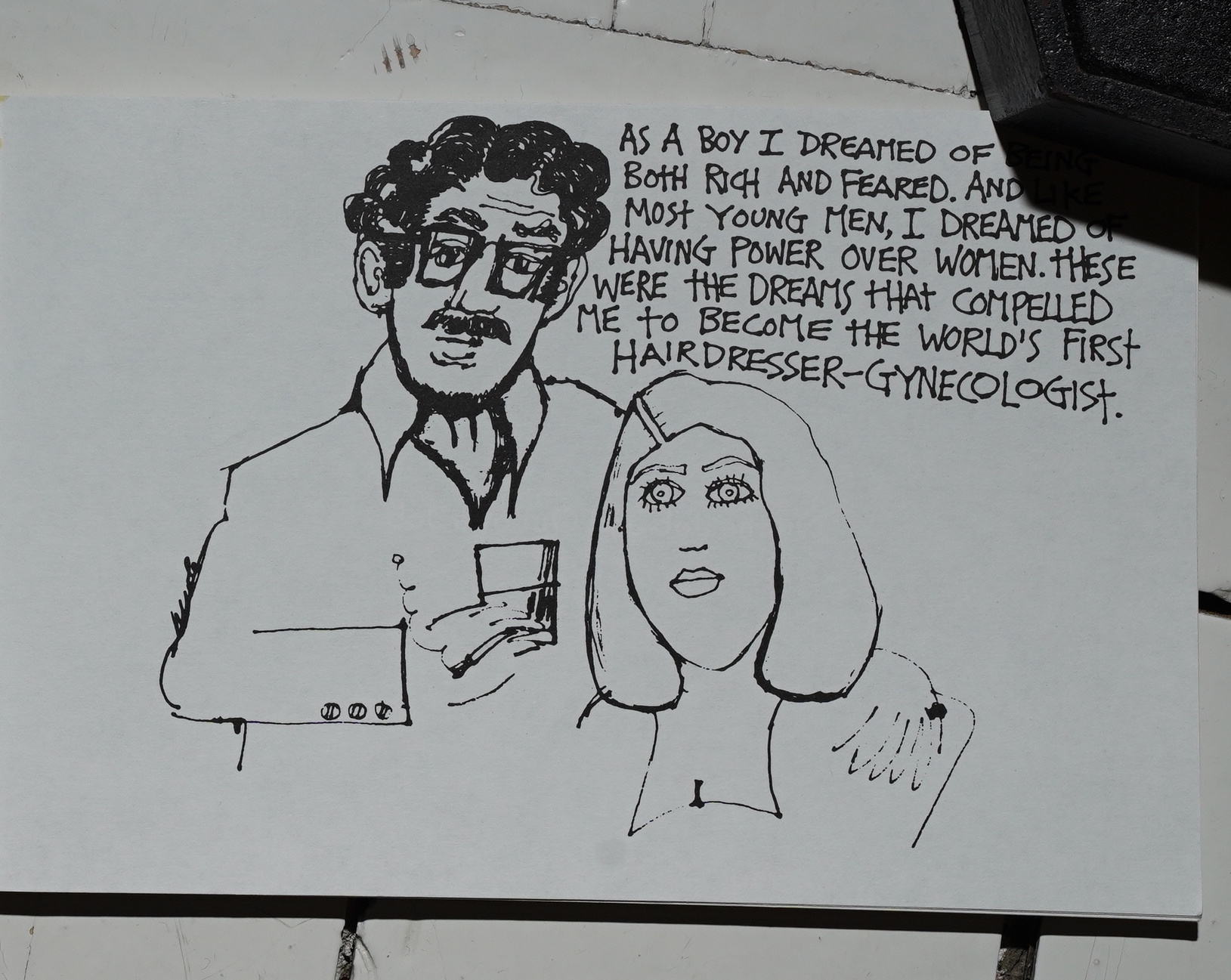 That one made me laugh out loud. 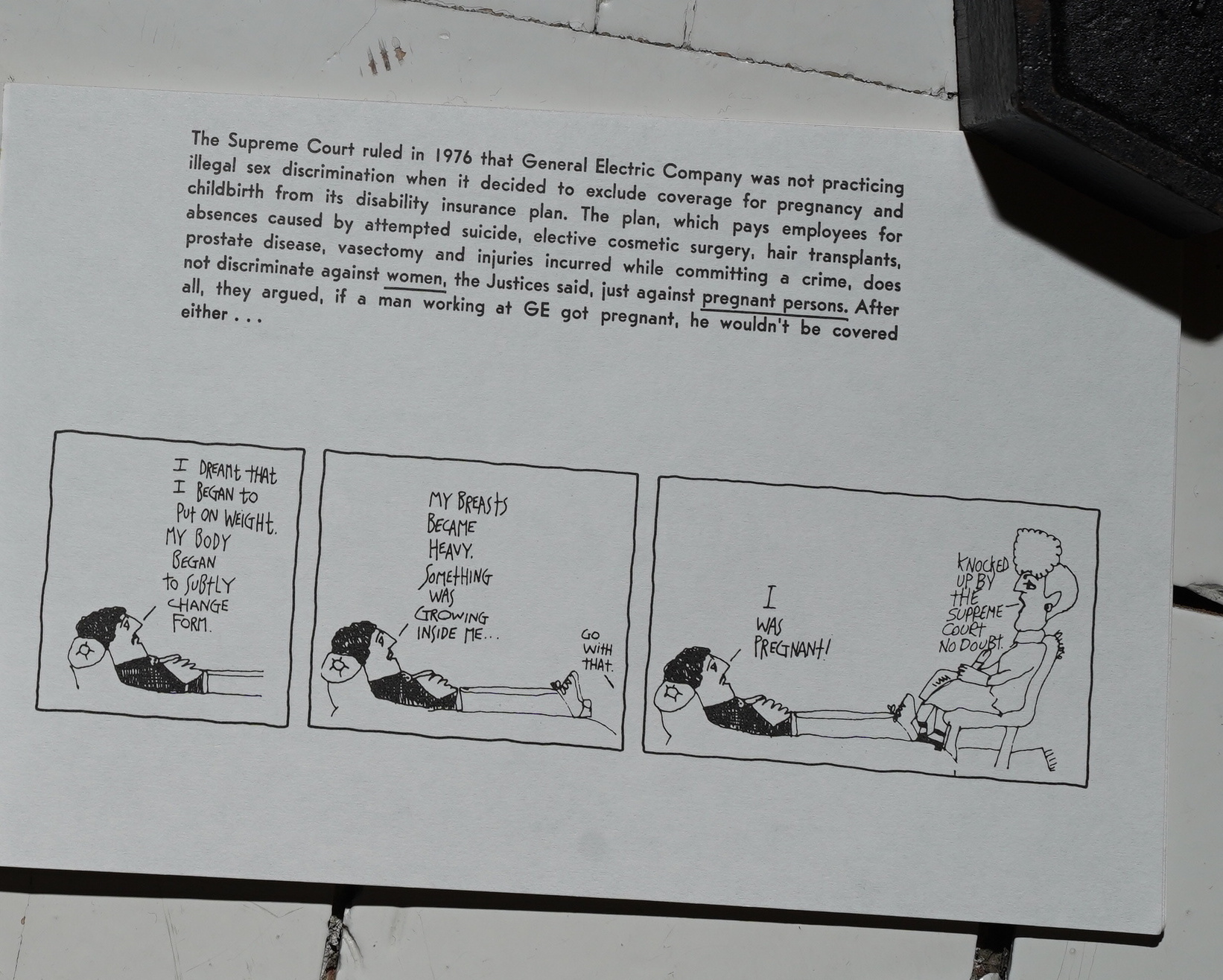 Hey! The Supreme Court were way ahead of the times! 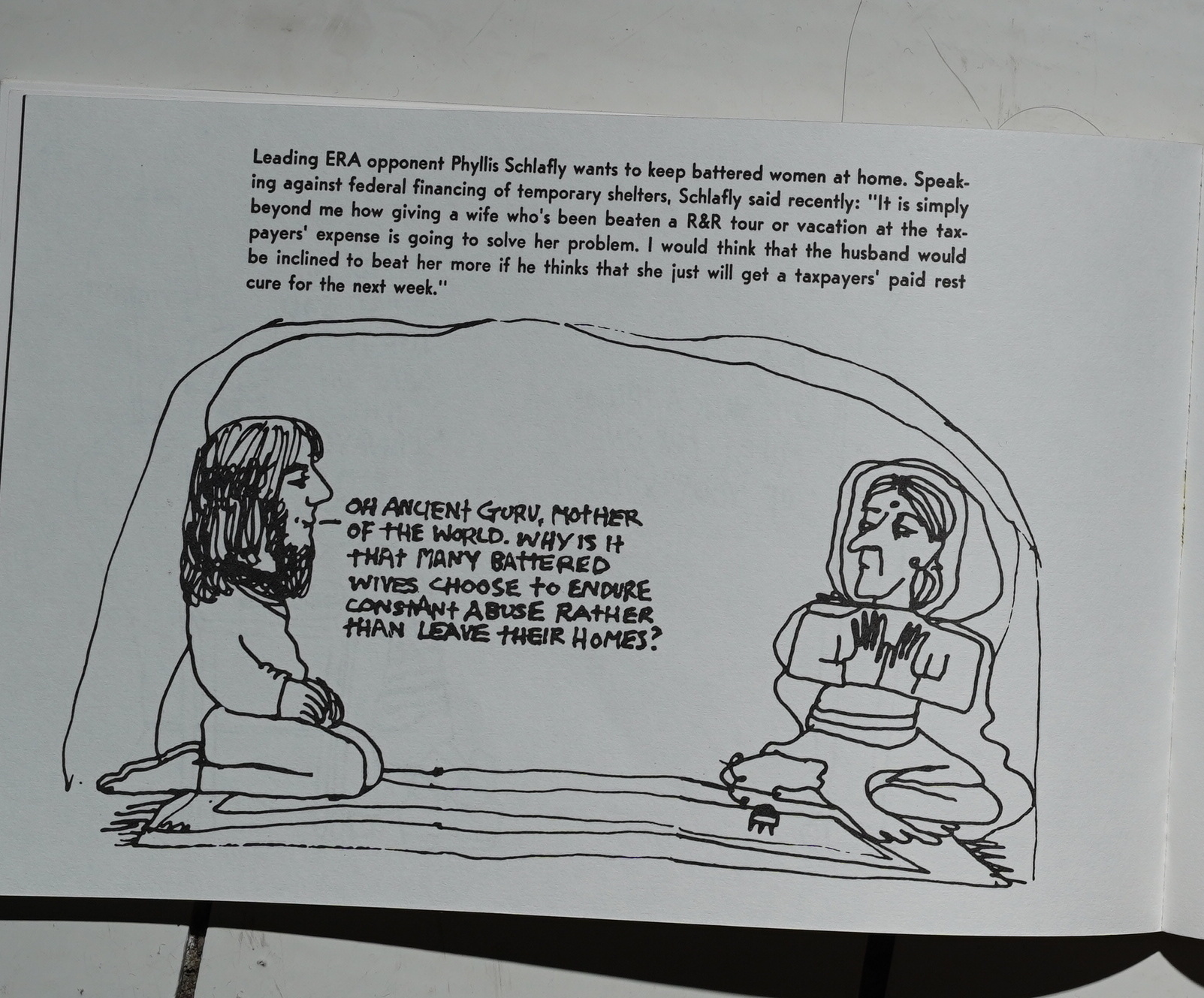 Wow. Well, fortunately, we’ve gotten rid of all these insane people like Schlafly from politics, right?

This generally isn’t a very angry collection — it mostly leans hard into being funny (and it is). But sometimes it does go grrr. 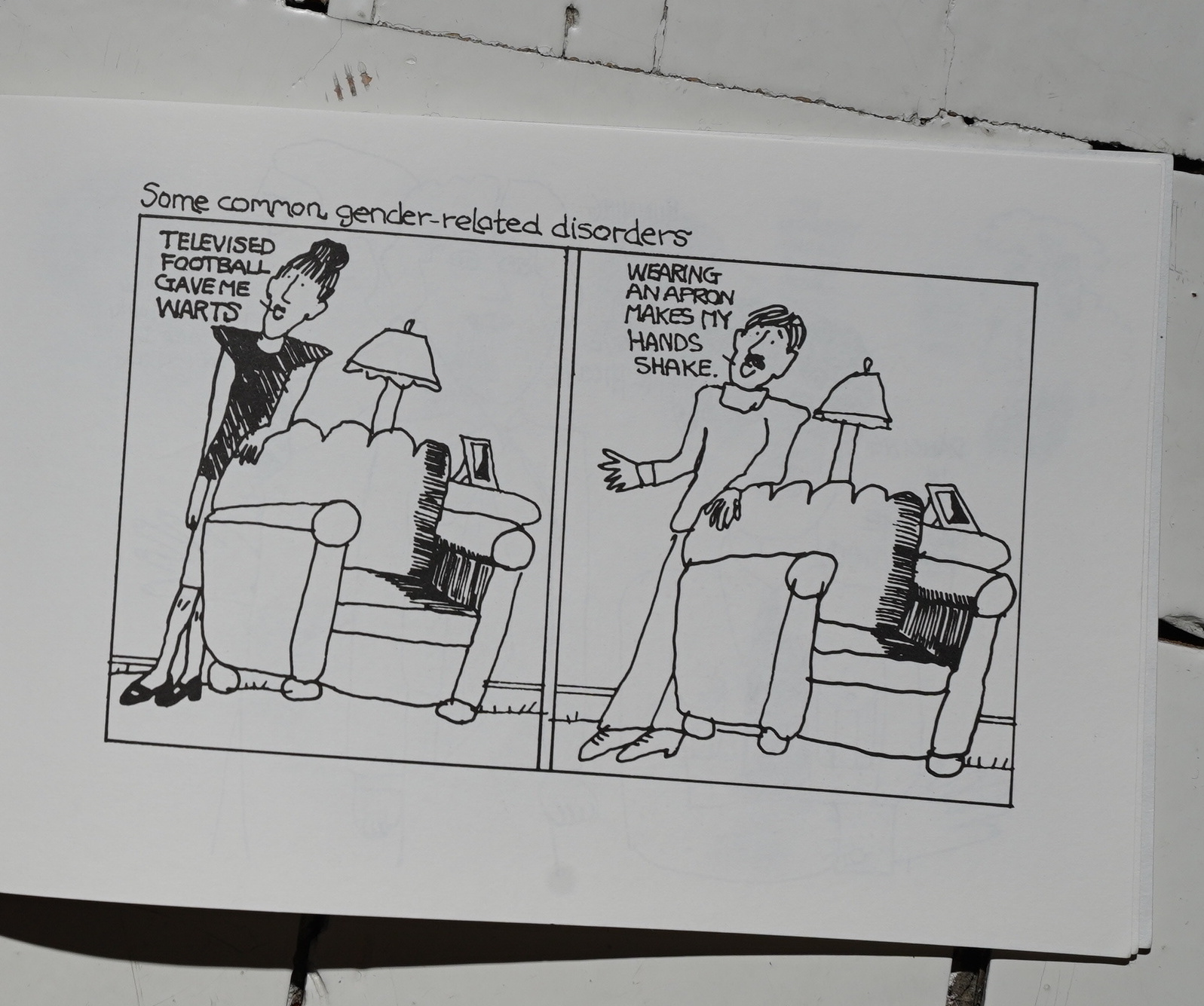 So, to sum up slightly: Hollander doesn’t come from an underground background, and neither does she come from the art-schoolish background of many of the people in this blog series. She works instead in a gag strip tradition that nevertheless seems to be in some sort of dialogue with what’s going on in more avant comics? I think?

Another thing that separates Hollander from the people in this blog series is that she was basically ignored by The Comics Journal: There’s no review of this book in the archives — or any of her other books. She’s basically doesn’t exist in the alt-comics world.

Nicole Hollander and Lynda Barry, the mav-
erick women of the film, have a sort of spiritual
association which nourishes both of their com-
ic strips. The conflicts of uoman against the
world, against nature and against herself follow
familiar lines. Like Guisewite, Hollander and
Barry are concerned foremost with relationships
in general, the influence of a mother figure in
particular, and the communication of experi-
ence. It is in the formal aspects of writing and
drawing where they innovate. They take the
facade of traditional domestic comedy and go
at it with a wrecking ball. In the film, we see
them in Hollander’s home discussing their pro-
cesses as writers pursuing an elusive idea. The-
oretically, a continuing cast of characters, once
set in motion, will generate stories. Nicole
Hollander’s strip, Sylvia, depends less on a tight
ensemble than does Lynda Barry’s Ernie Pook’s
Comeek, but both women need to prod their
subconscious for their texts.
Nicole Hollander’s themes are taken from
current events and the social condition. “[I
wanted] some way to respond to what’s happen-
ing around me,” as well as to play with concepts,
exaggerate, and generally keep that “kernel of
outrage.” Possible sources for ideas include
books, magazines, television, and eavesdrop-
ping. Sylvia is more political than the average
daily strip, and, consequently, is in self-
syndication. Satiric social comment is often
presented through fantasy: Hollander uses an-
thropomorphism, space aliens, fortune tellers,
angels, and the Devil to Offset her “real”
characters. Sylvia, in effect, can go anywhere,
and is only grounded by the artist’s personali-
ty The titular character herself — flamboyant,
outspoken — is Hollander writ large. “[Sylvia]
speaks her mind, she’s never at a loss. I’m often
at a loss for words.” The character’s perfect con-
fidence is not so much a projection of the Car-
toonist’s ideal self as a product of her concen-
tration. Hollander can take seven hours to com-
pose a precise one-liner Or put-down.

Oh, right, this is a review of the film Funny Ladies, where (amongst other things) Barry and Hollander interview each other. Hm… perhaps I should get that…