For some reason I can’t quite imagine, I’m a bit bored these days? It’s a mystery. So I seem to be buying more … stuff, and today I got a Lenovo Fold. 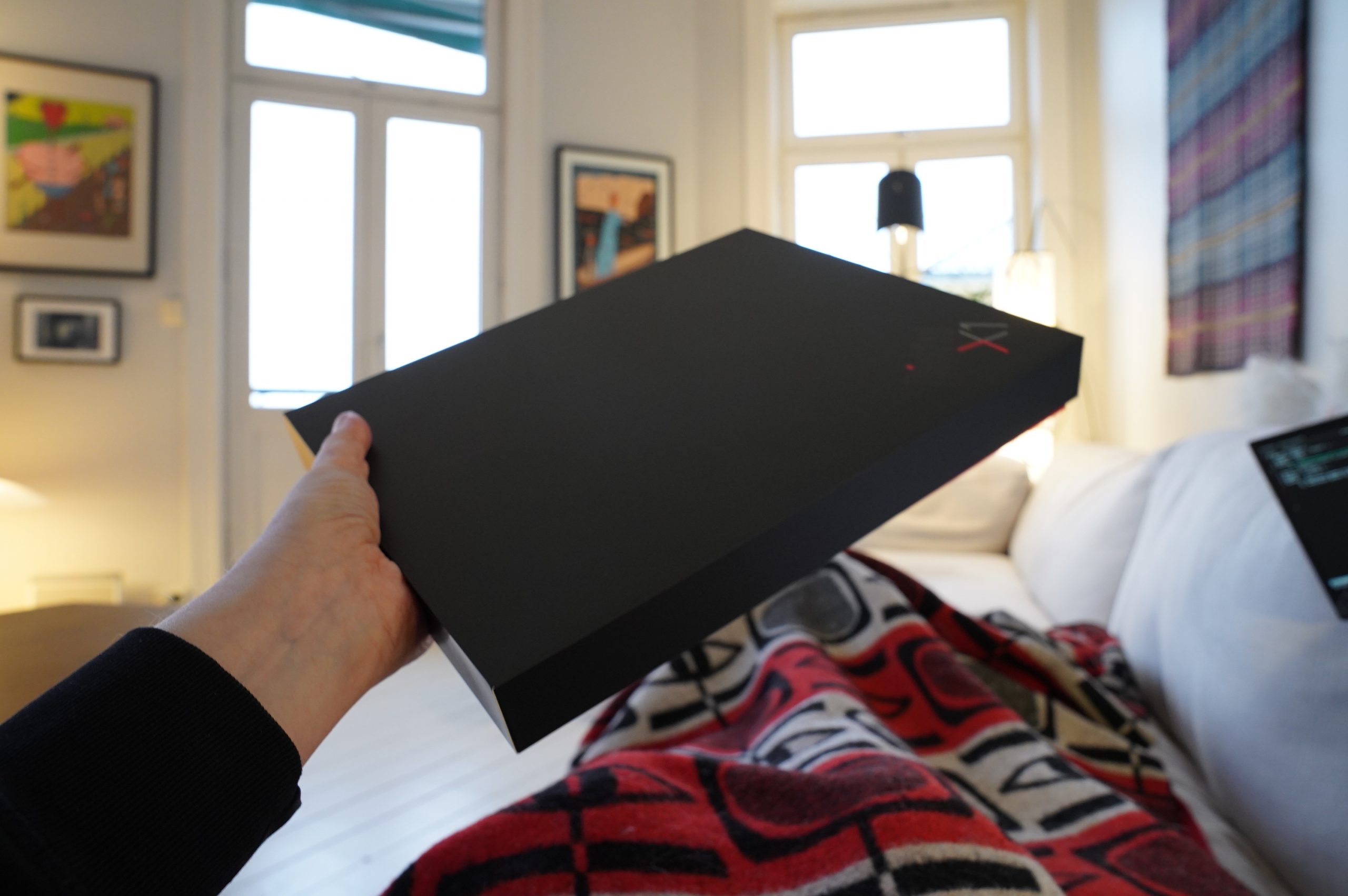 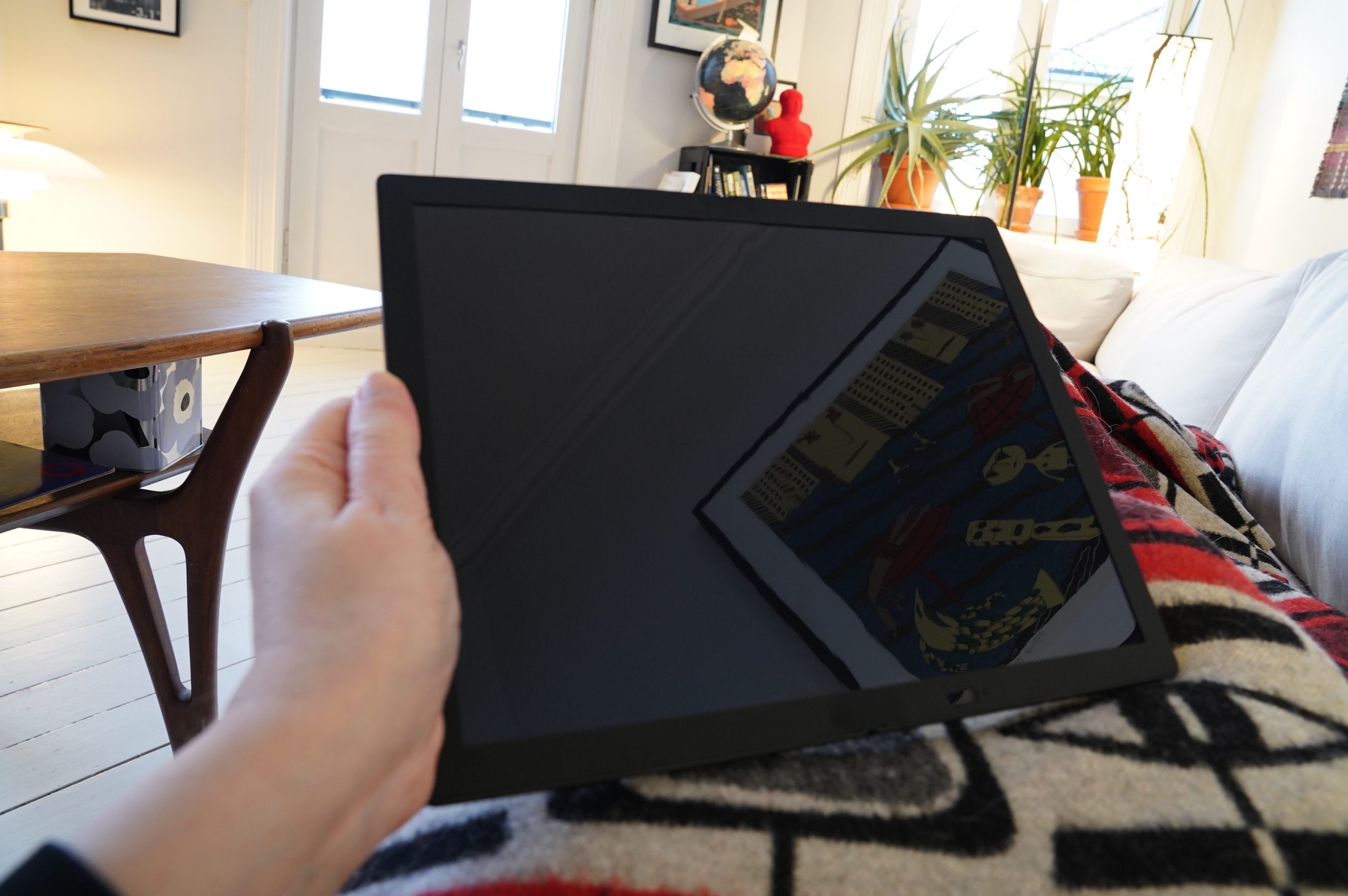 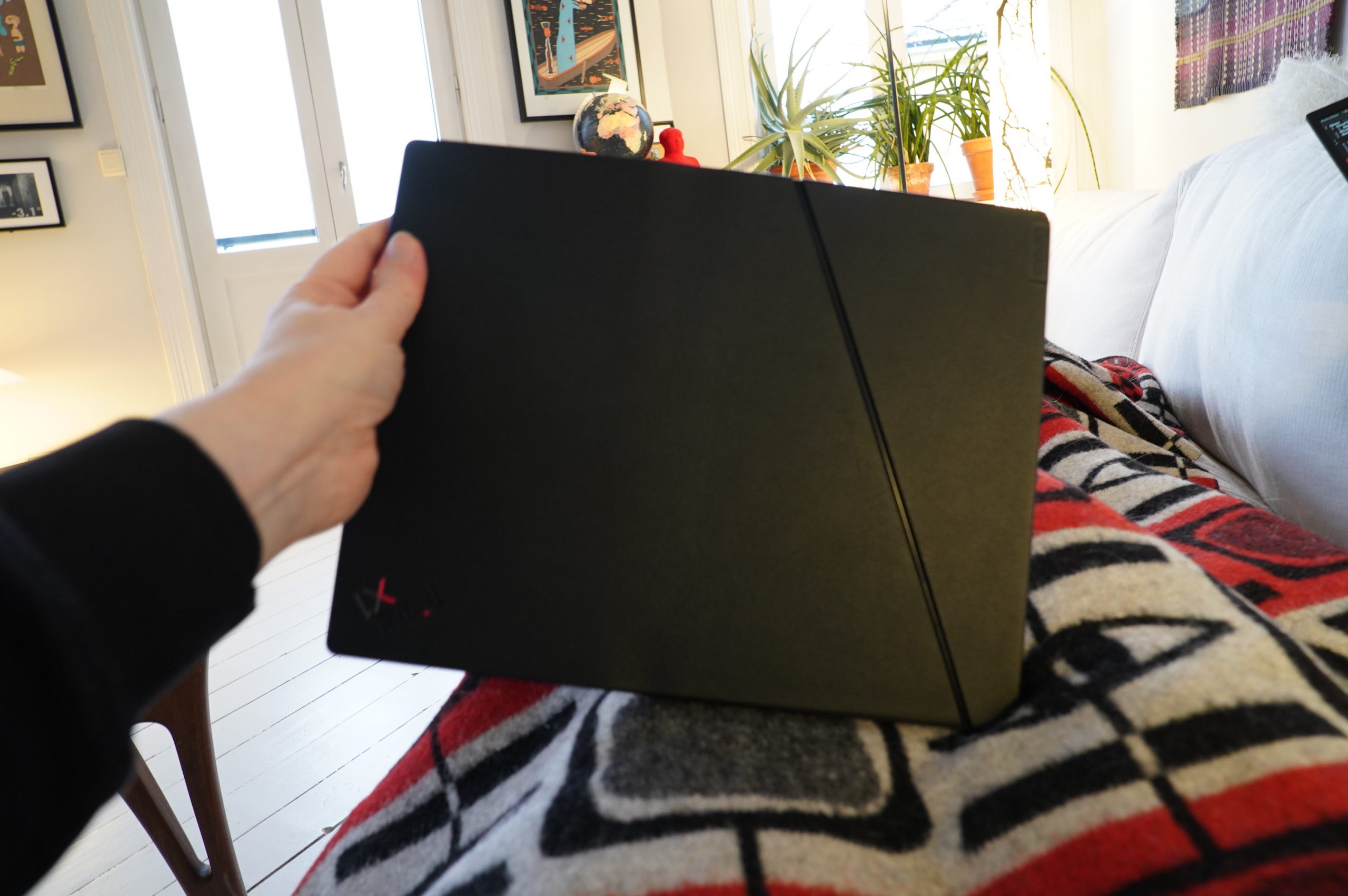 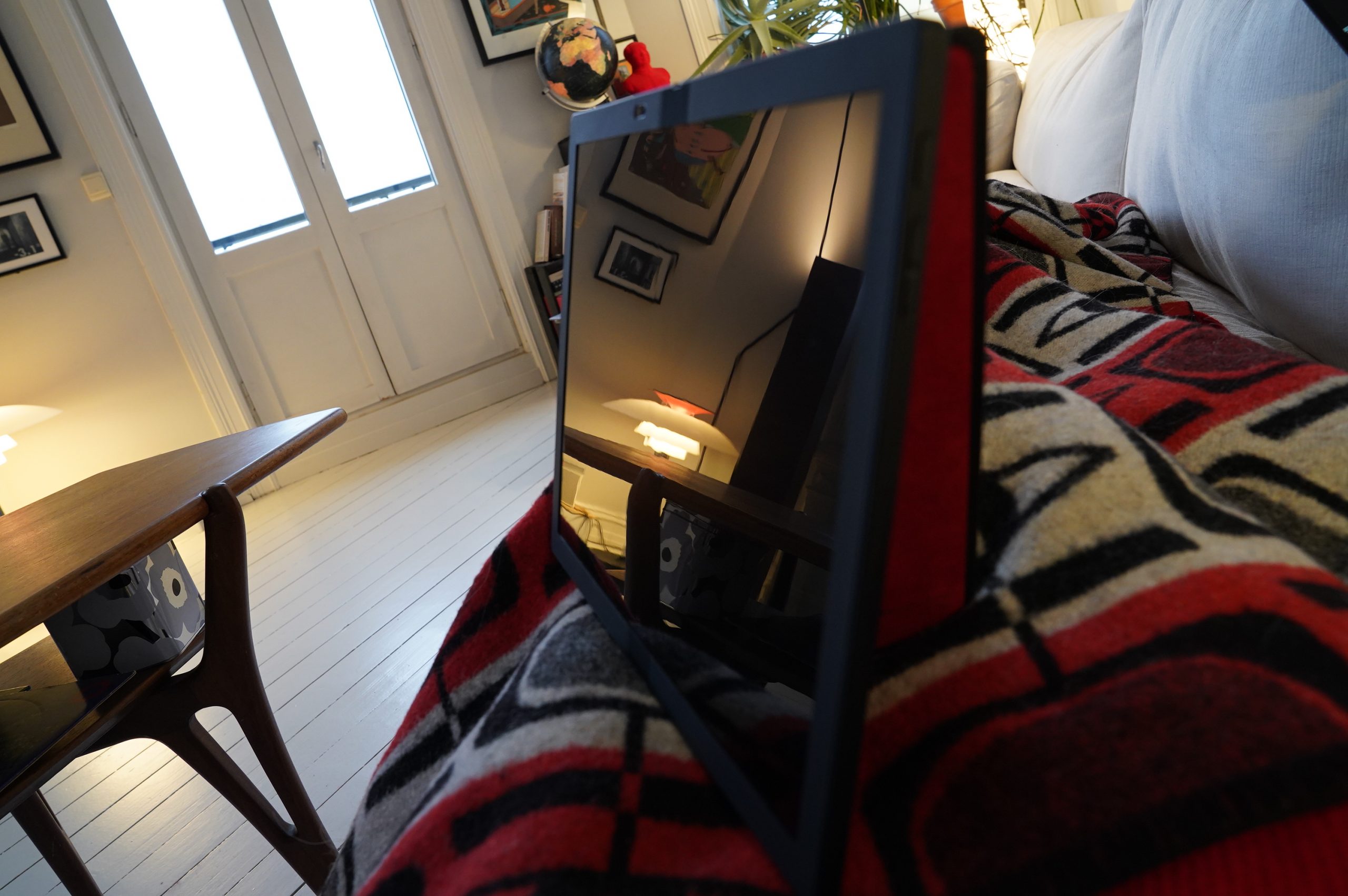 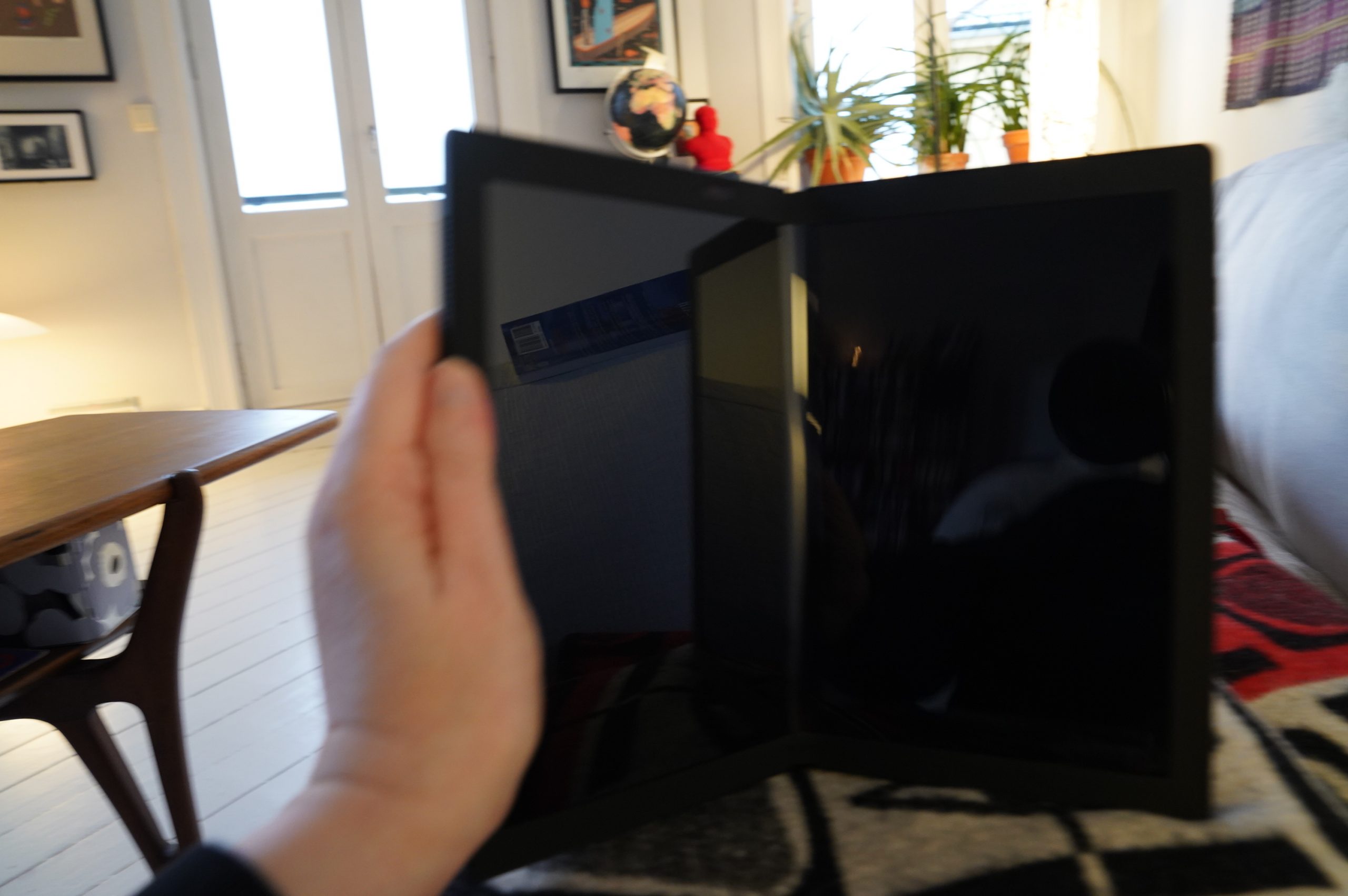 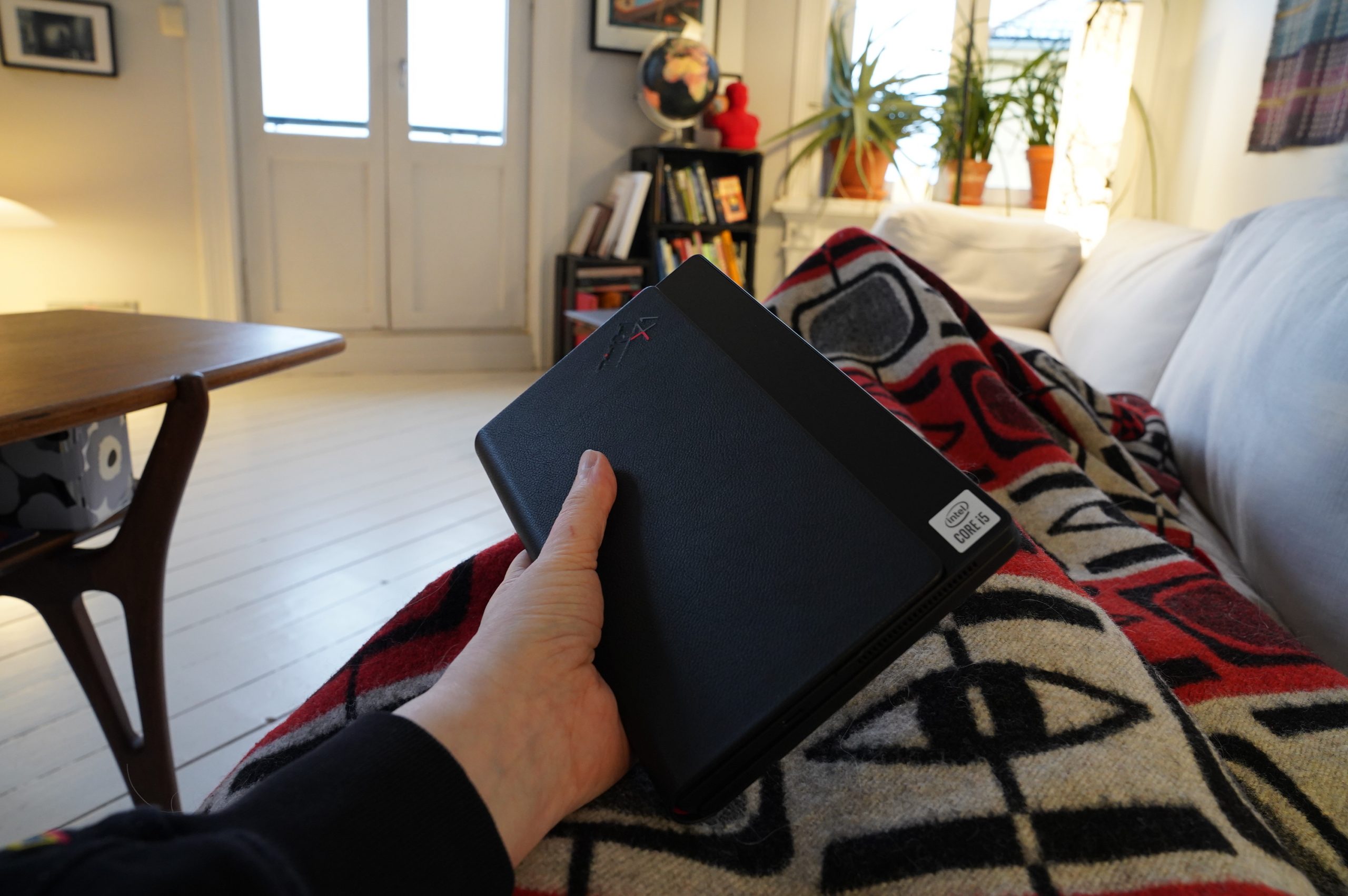 Anyway, I don’t quite know what I’m going to do with this. I have a bunch of very vague ideas for what I could be doing with it: It’s an OLED screen, which means that images look gorgeous on it, so I was wondering whether to use it to schlep around on holidays to watch movies on? Or in the home for sofa movie watching? Or hang it on the wall as a weather monitor thing? (That’s probably not a good idea, since it’s OLED, and those has a certain burn in thing going still, I think? Besides, I’ve already got plenty of those.)

Anyway, the first thing to do with it is to get rid of Windows (ewww) and install Linux: 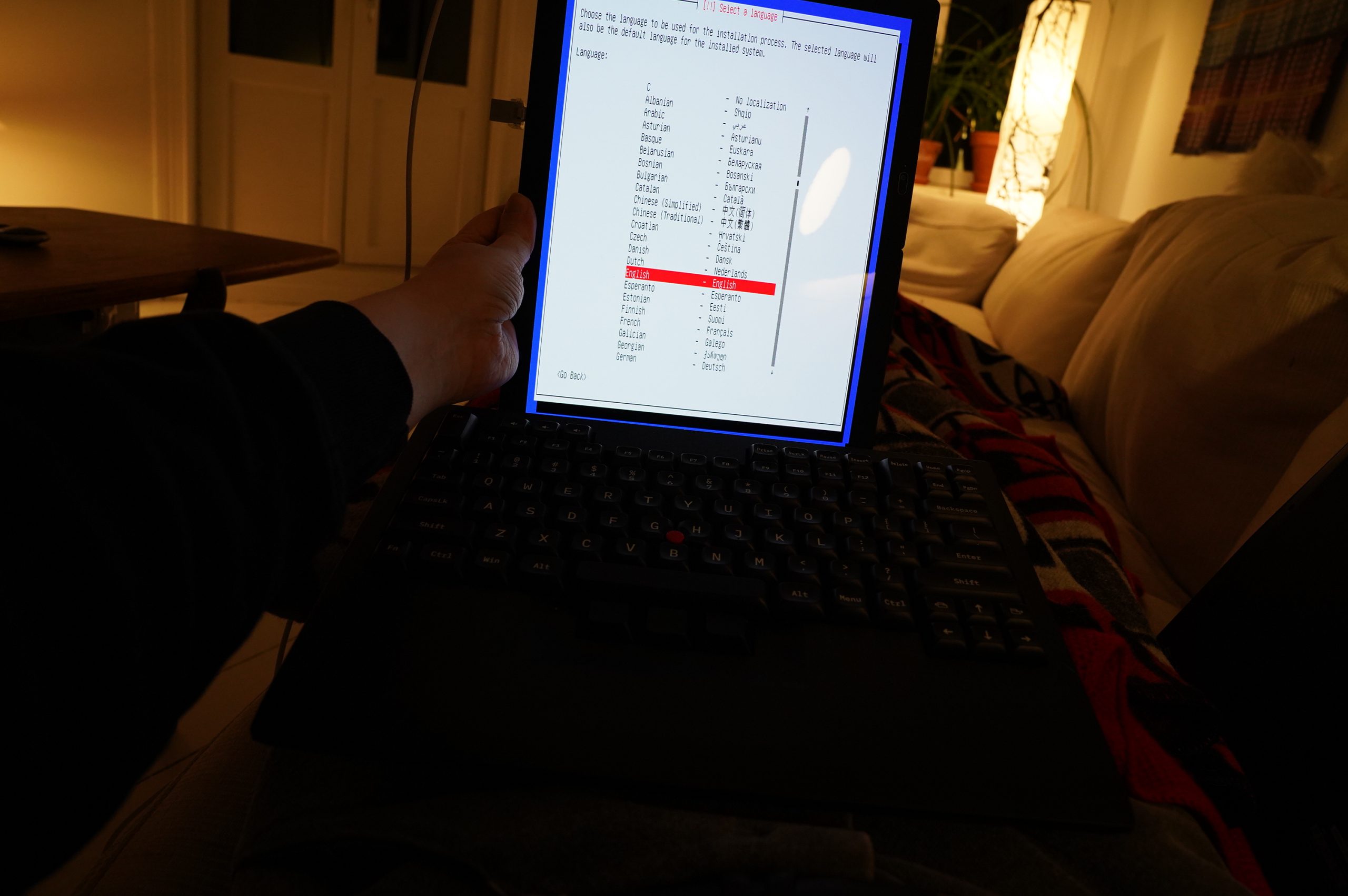 I used the Debian bullseye w/firmware .iso to install (it needs a bunch of non-free firmware to get the wifi to work, and it needs a new kernel for that, too). But otherwise installing Linux on it was totally uneventful. 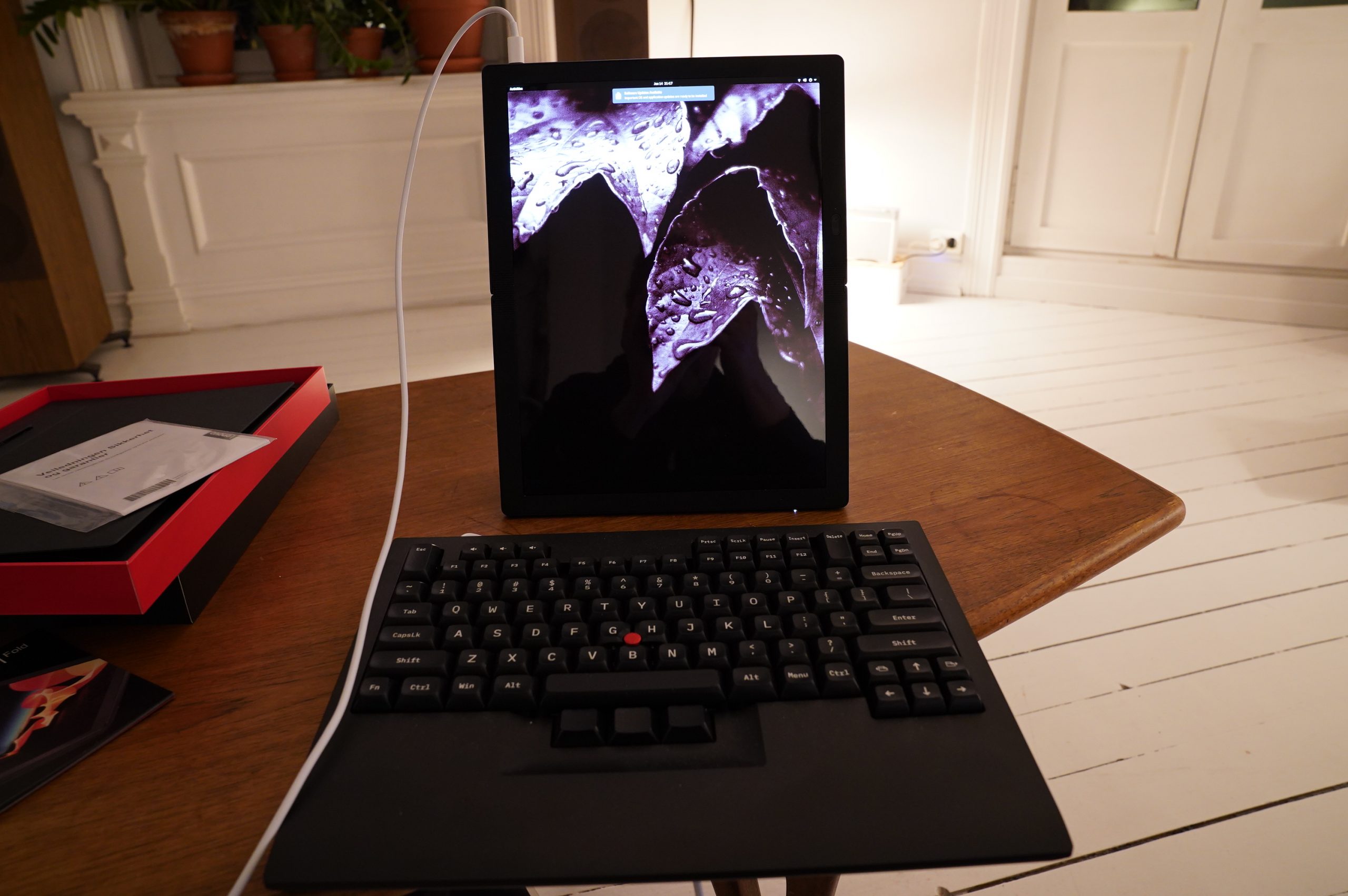 But… there the fun ended. Other than the base basics, Linux doesn’t support anything on this machine: It can’t even rotate the screen. xrandr, for instance, says it can’t find any outputs, and this is because it’s using the VESA fallback video driver. And that’s because the i915 driver doesn’t support the built-in video:

Furthermore, the touch screen doesn’t work, the battery monitor doesn’t work, and … I didn’t really explore much beyond that, because if I can’t even rotate the screen, that severely limits what I can do with it.

So here’s my question: Is support for this thing in the pipeline? Anybody know? I really don’t want to waste a lot of time poking at it if there’s no hope…

Well, I can do one thing with it, I suppose… I can display a screensaver, because I can just rotate the image: 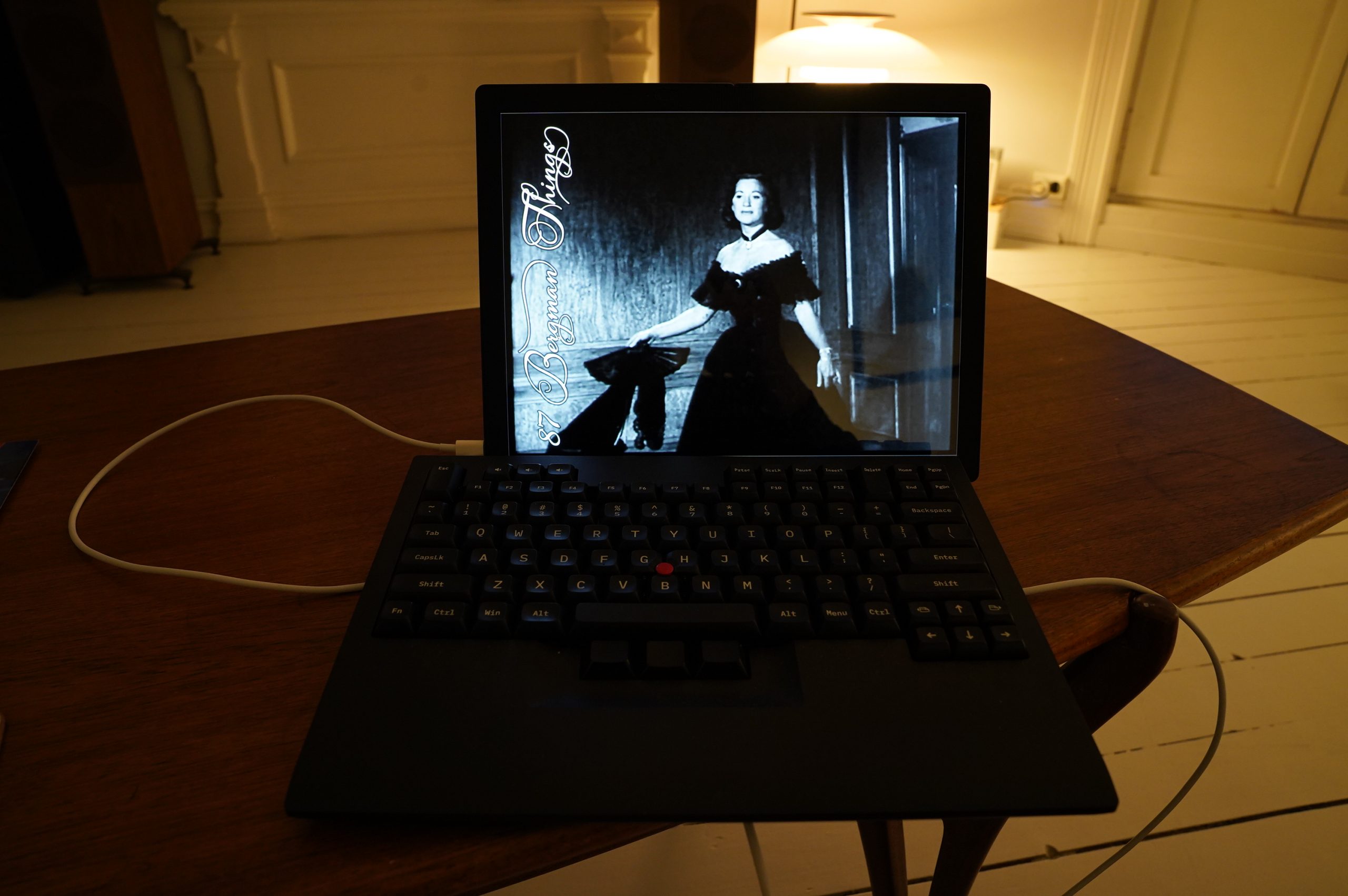 Hm… I guess I could put some weather info and stuff on the screen if I move it around randomly? 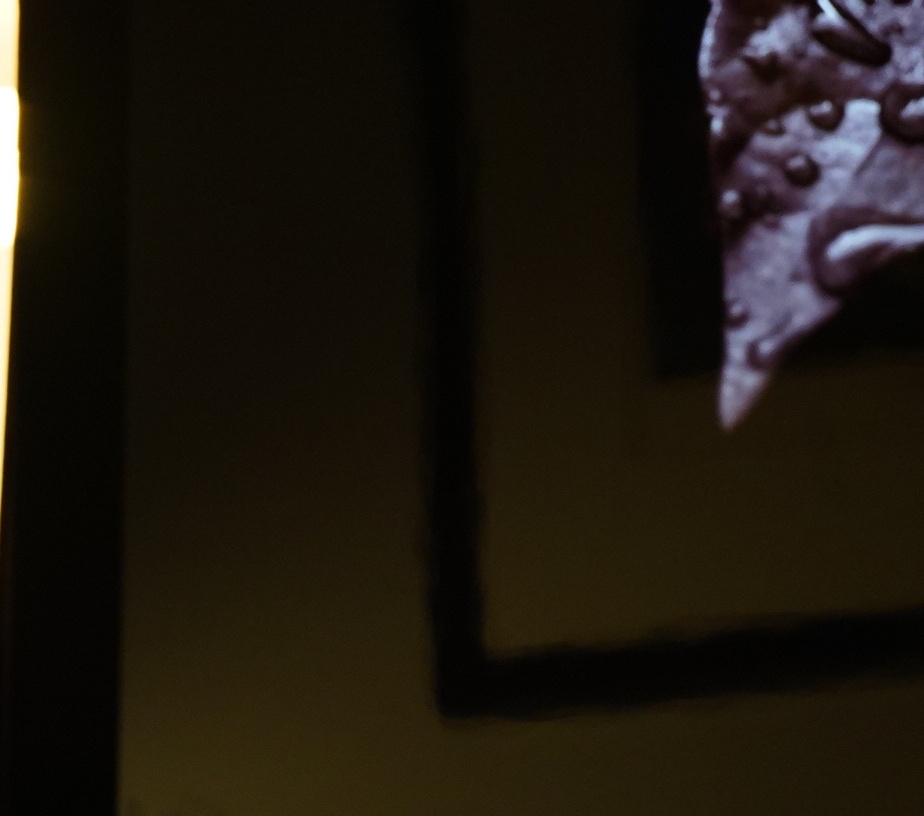 One oddity about the screen: When looking at it head on, everything looks super clear. But reflections look really pebbly and uneven? Look at the reflection of the frame there in the screen… is that part of an anti glare thing? It’s weird.

So disappoint! But I guess that’s what I get for shopping out of boredom without doing any research…

7 thoughts on “Linux on the Lenovo Thinkpad X1 Fold”