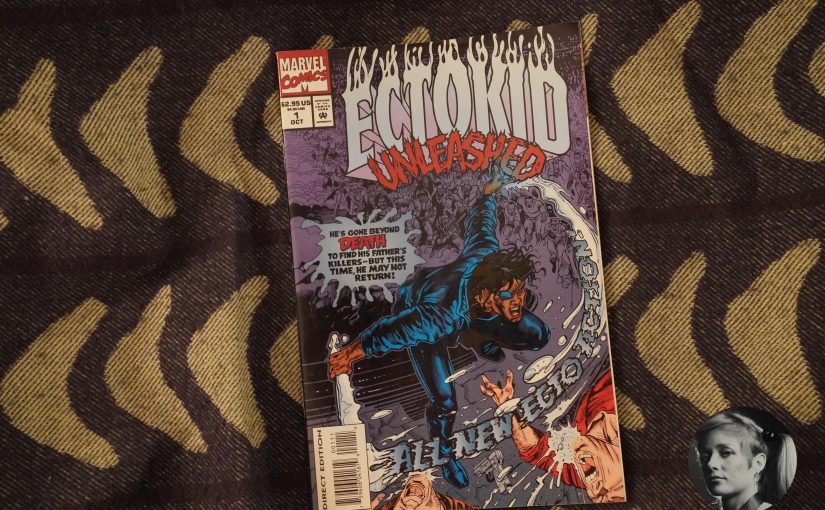 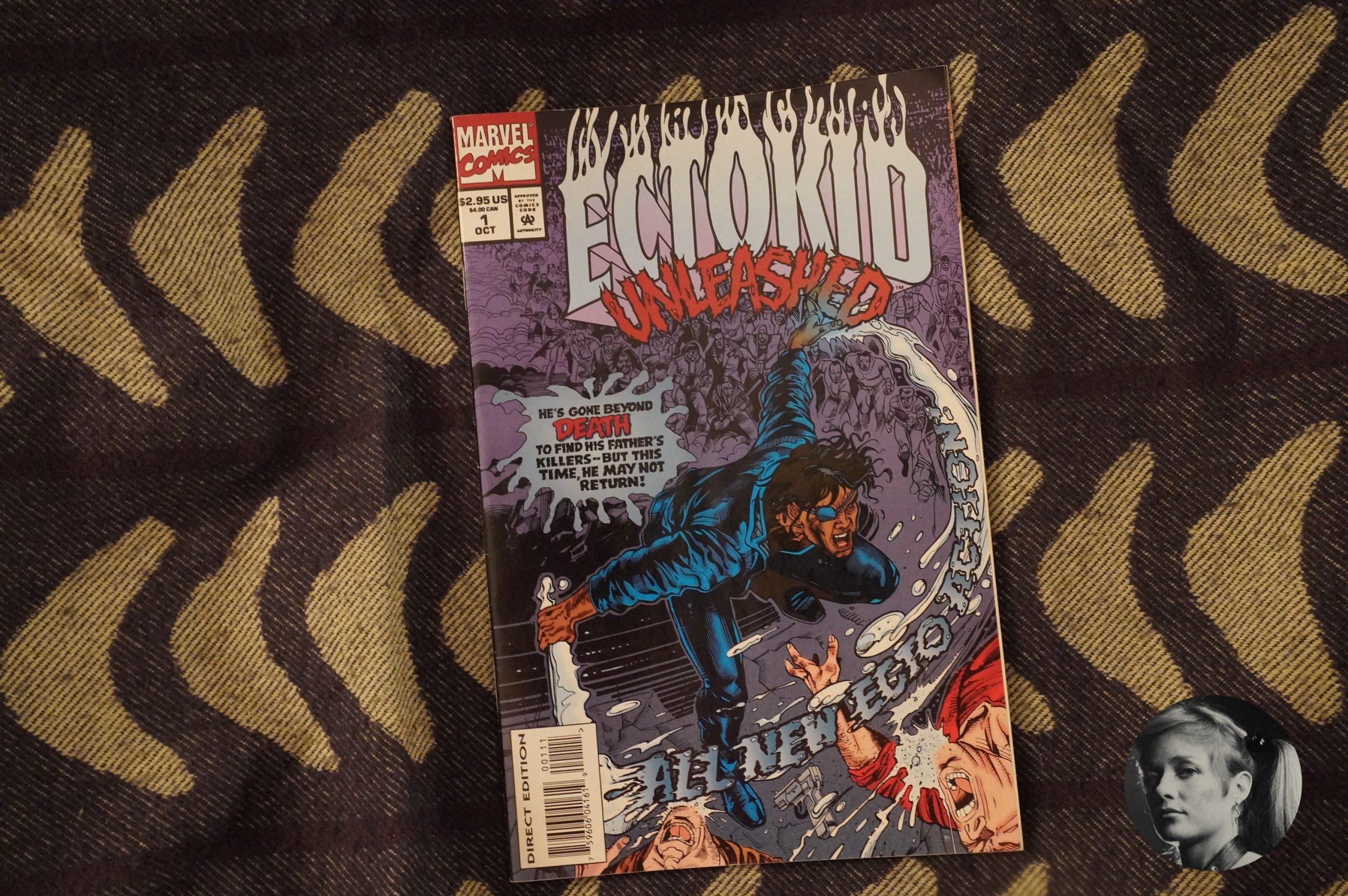 “Saint in Neon” by Elaine Lee, published by Marvel.

What’s this then!? Ectokid Unleashed? But that’s not Elaine Lee?

No it isn’t, but comics.org says there’s a Saint Sinner story (remember Saint Sinner?) in here, so I’m reading it. 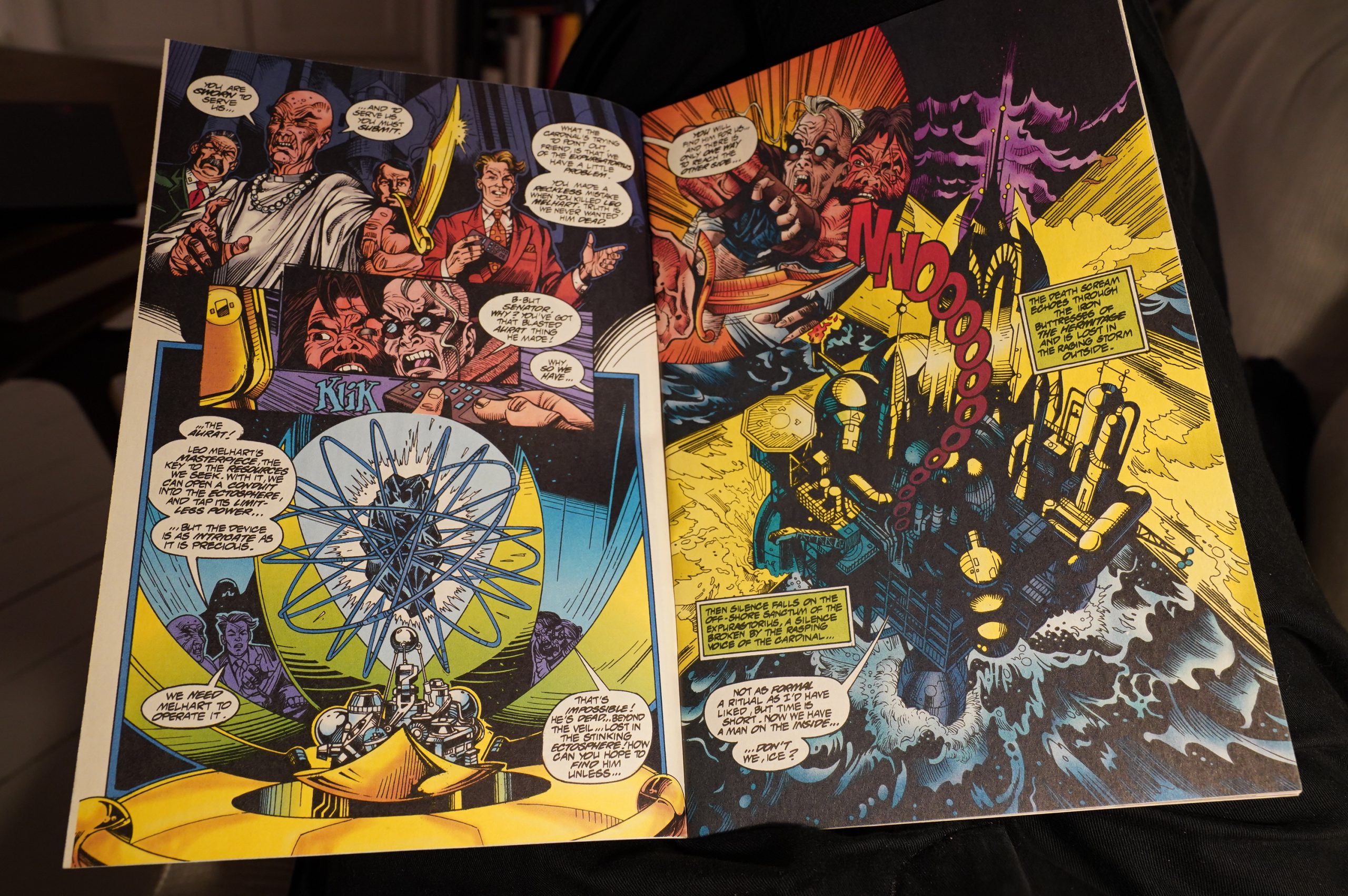 So… I have no idea what Ectokid is, really. This thing is by Dan Abnett & Andy Lanning & Hector Gomez & John Stangeland and others, and it’s pretty much incomprehensible. I’m guessing the reason it exists is because Marvel cancelled the Ectokid series, and they wanted to publish a mop-up issue? Because it reads like it’s the ending of a series. 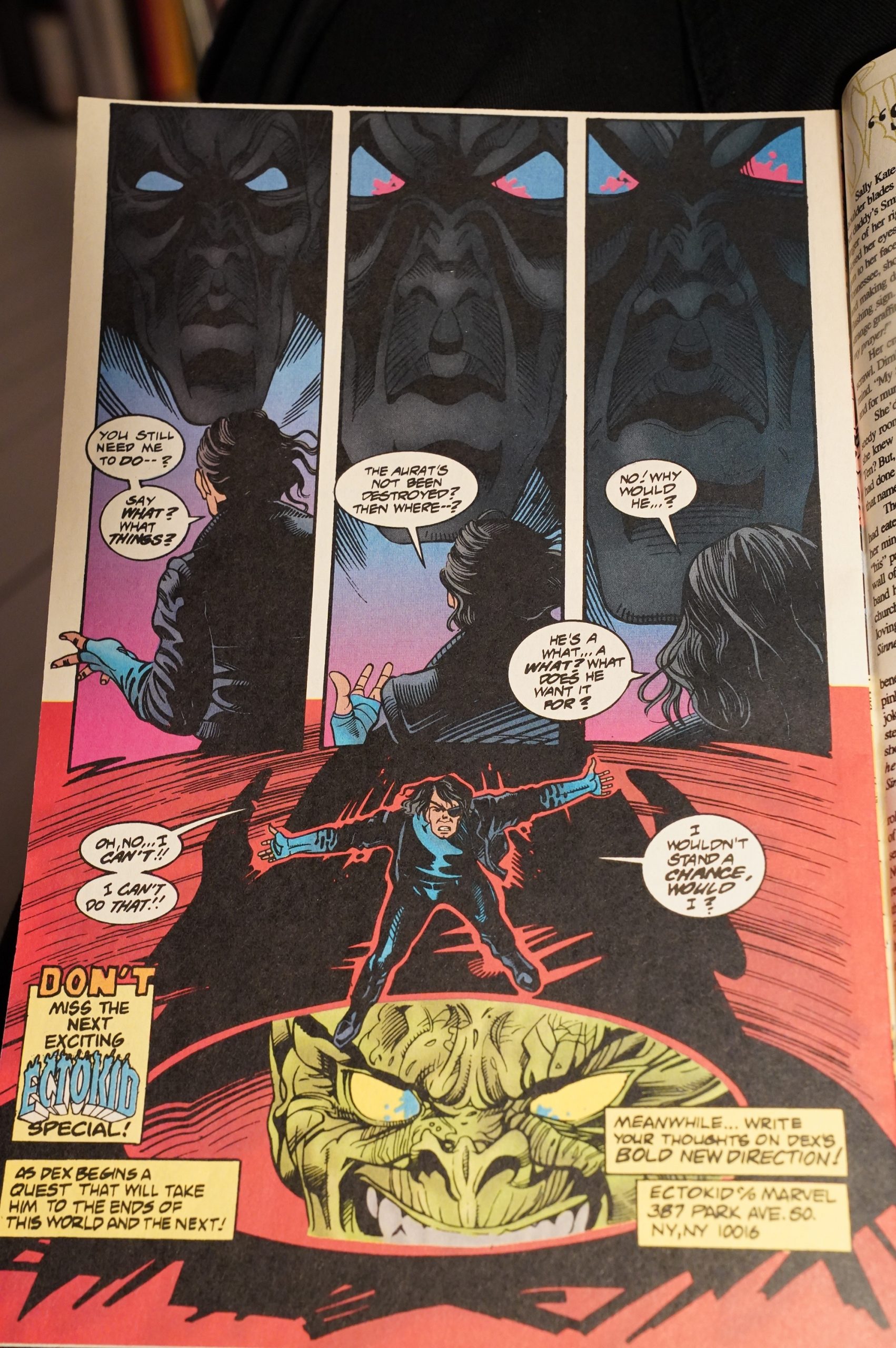 There were no more exciting Ectokid specials.

(Oh, both of these comics were part of a Clive Barker super-hero universe thing that Marvel was doing.) 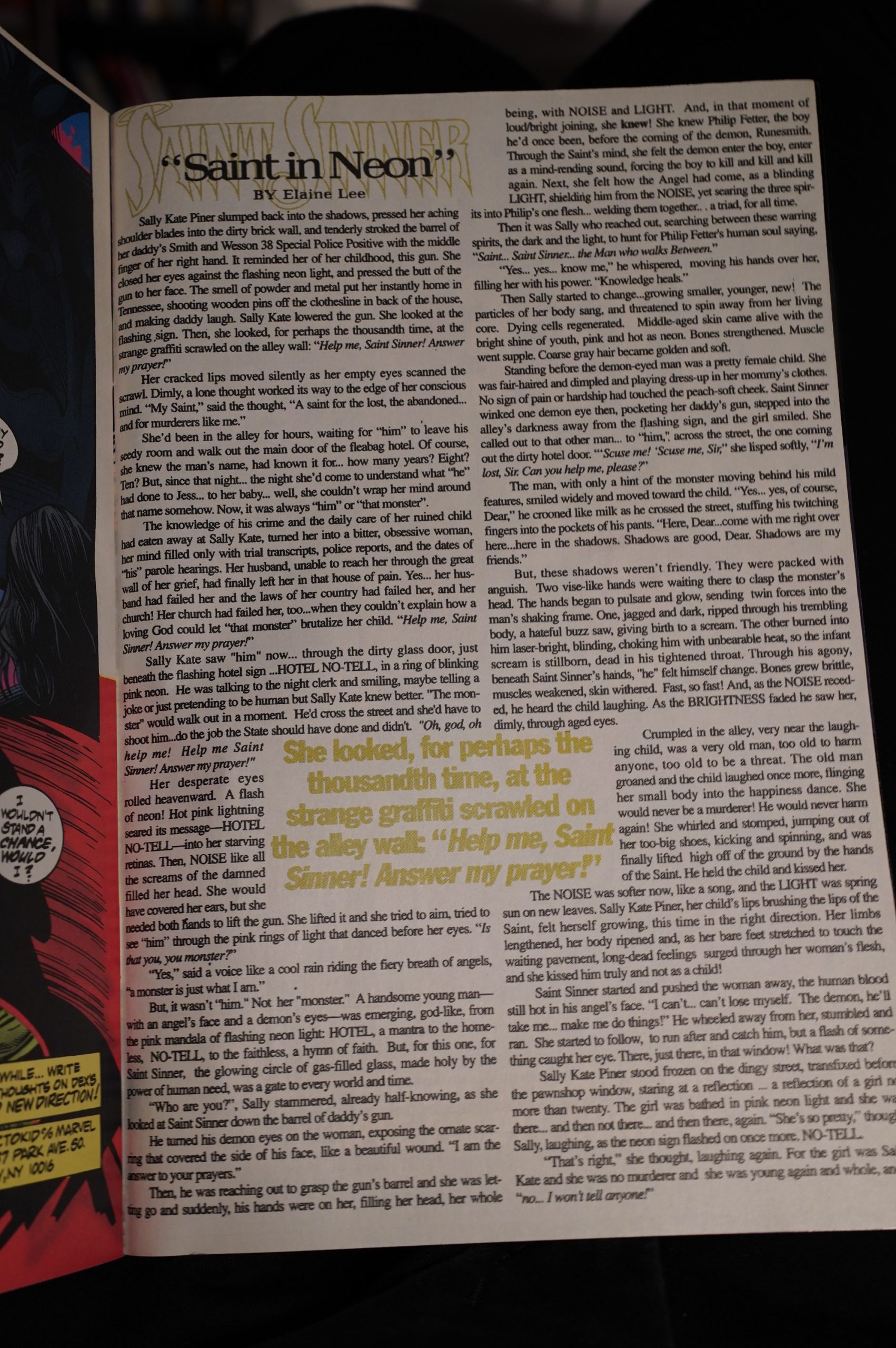 Then we come to the Saint Sinner Elaine Lee part!

I thought perhaps Lee would use the opportunity to, like, mop up the Saint Sinner storyline, because that had absolutely no resolution in the series itself.

But instead it’s just a typical Saint Sinner story, I guess?

And I think that’s the end of this blog series? Hm, no! There’s one more! But… it’s going to take a few weeks before it gets here. *sigh*

I wasn’t going to start the next comics-related blog series until this one was done, but…