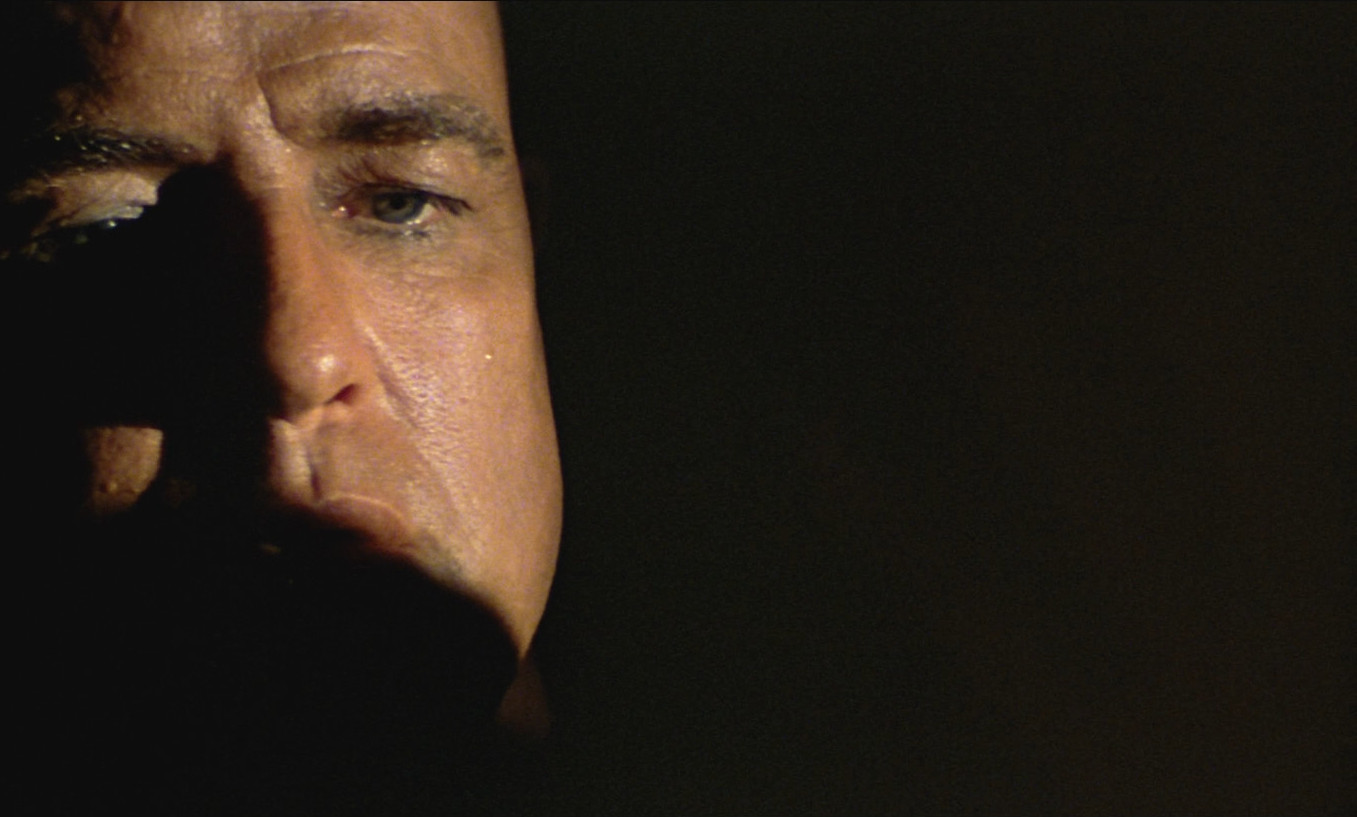 I’ve seen this a couple of times before? But back in the 80s. I remember being quite taken with most of Coppola’s movies at the time — I even liked One from the Heart and Rumble Fish (well, sort of).

Sitting down to watch this, though, I have some misgivings: It’s a film so mythologised that I’m thinking that it can’t possibly be any good.

It’s a pretty entertaining movie. It’s obviously made by a bunch of hippies that want to ridicule the military, but I think they kind of end up glamorising it instead? Sure, Kilgore (so on the nose) is insane, but isn’t he… kind of cool? Don’t you want to be him? There’s a commitment to masculine excess that trumps the impulse towards satire…

Aha! This is the scene JJ Abrams saw and then decided to start making movies.

I have to admit that my attention started wandering. It’s now reached the outskirts of Paris. I mean, er… Obviously, Coppola is going for an audience identification thing, so we spend a lot of time with these goofy, stoned guys in (and out) of uniform. I think it’s probably quite successful? But I don’t feel it. I’m mostly just annoyed by their antics. But that’s on me! The stoned goofy performances are good; they seem like fun guys to hang out with. Except for the killing. But I was bored by a most of these character building scenes.

And the stuff like having Clean killed while the tape from the mom was running is more than a bit obviously pandering. But, fine. I think melodrama is fine. It’s not annoying, and I like the cinematography.

There are virtually no negative reviews of this movie, but here’s one: 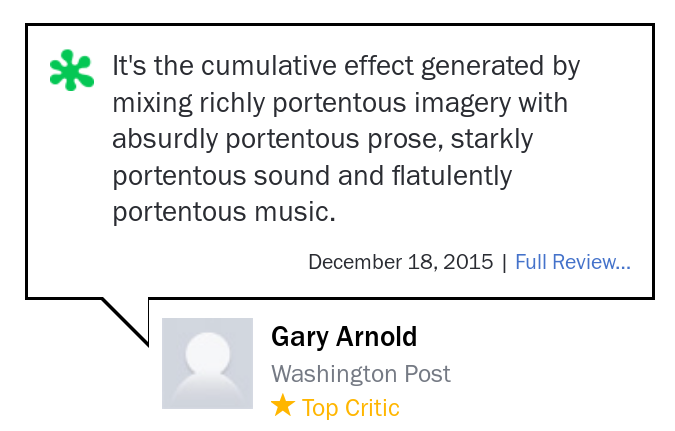 He compares the movie with this scene from Blazing Saddles:

I … don’t quite get it? Hm… the rest of the review is actually pretty cogent: The movie is idiotic, but it looks pretty cool (I’m paraphrasing ever-so-slightly).

I wouldn’t go quite that far… there’s a bunch of powerful scenes… but… it never makes clear why I should be interested. I mean, beyond the cool premise and the cool napalm shots.

This is, scarily enough, just the same thing I wrote up there after having seen half an hour of this film:

Coppola, a typically feckless Hollywood liberal, probably took on the project thinking of himself as an anti-war moralist and a stern foe of American imperialism. But the film owes most of its vitality to the fundamental pictorial excitement of combat scenes and reflects Milius’ reactionary ideology with peculiar clarity.

(I’m assuming “liberal” is used as the antonym of “leftist” here.)

I’ve read Heart of Darkness, and it’s a better book than this movie is er a movie.