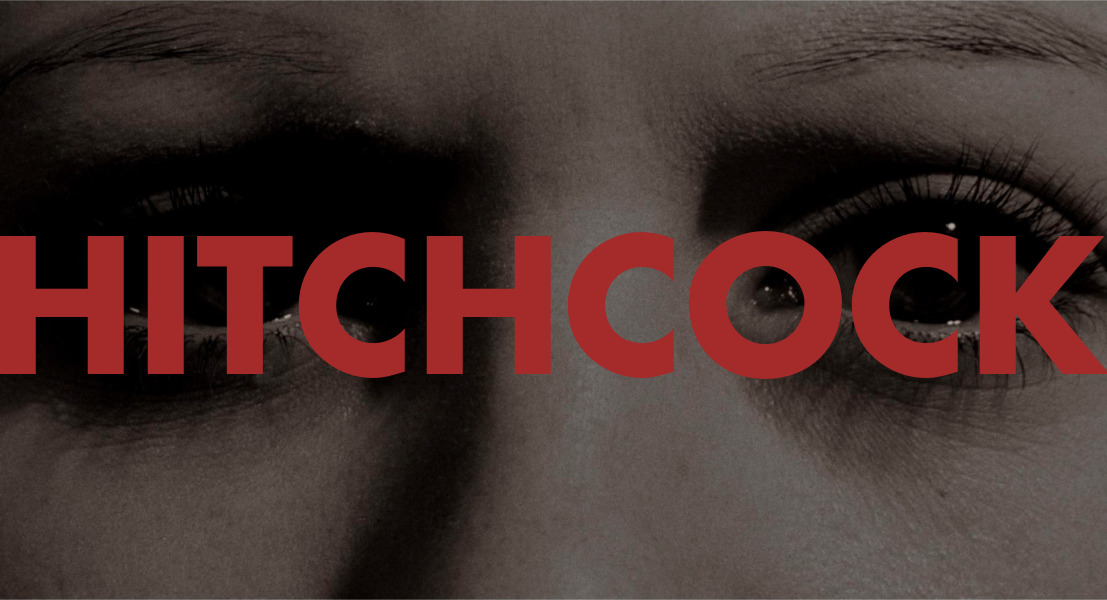 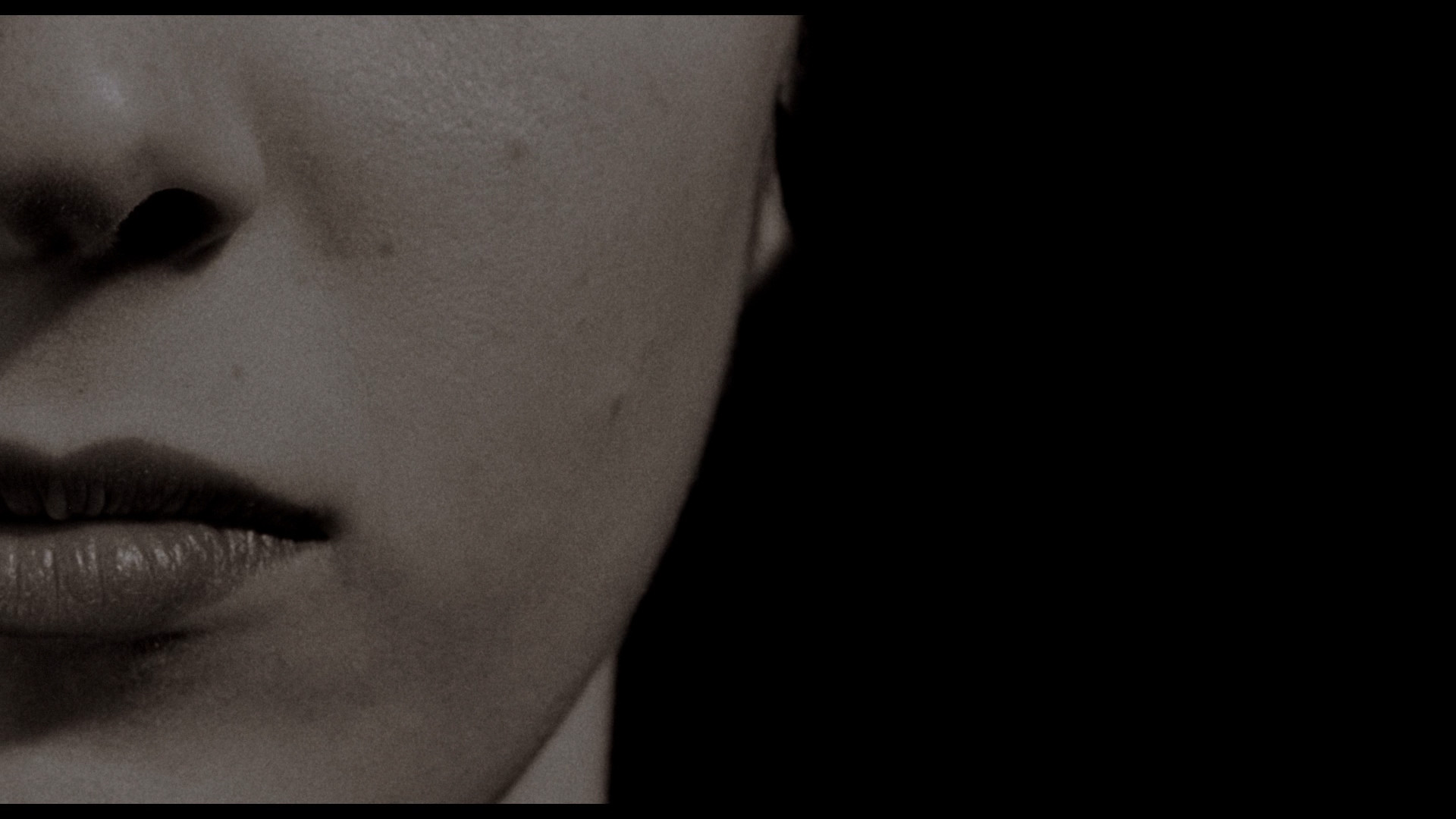 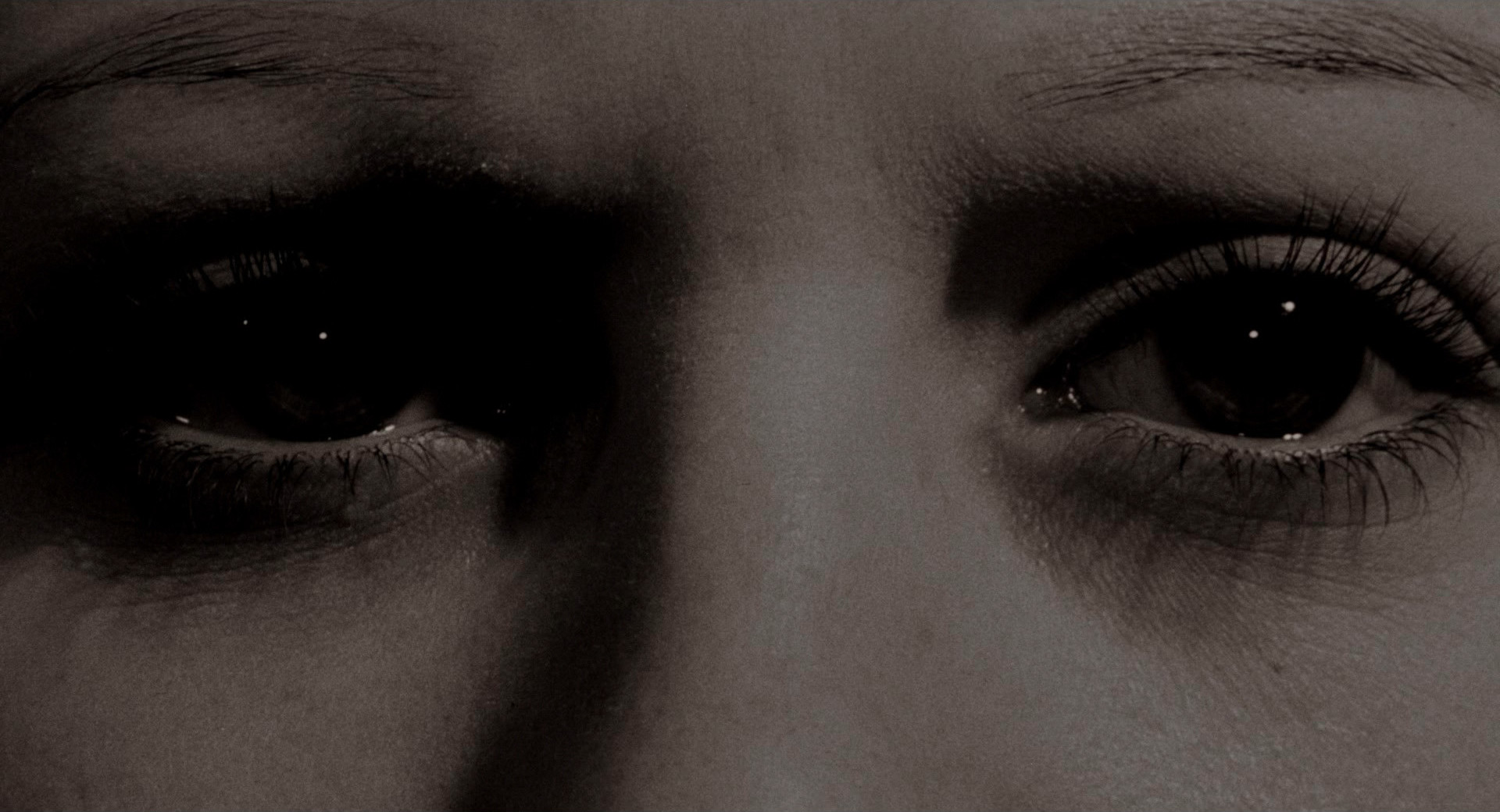 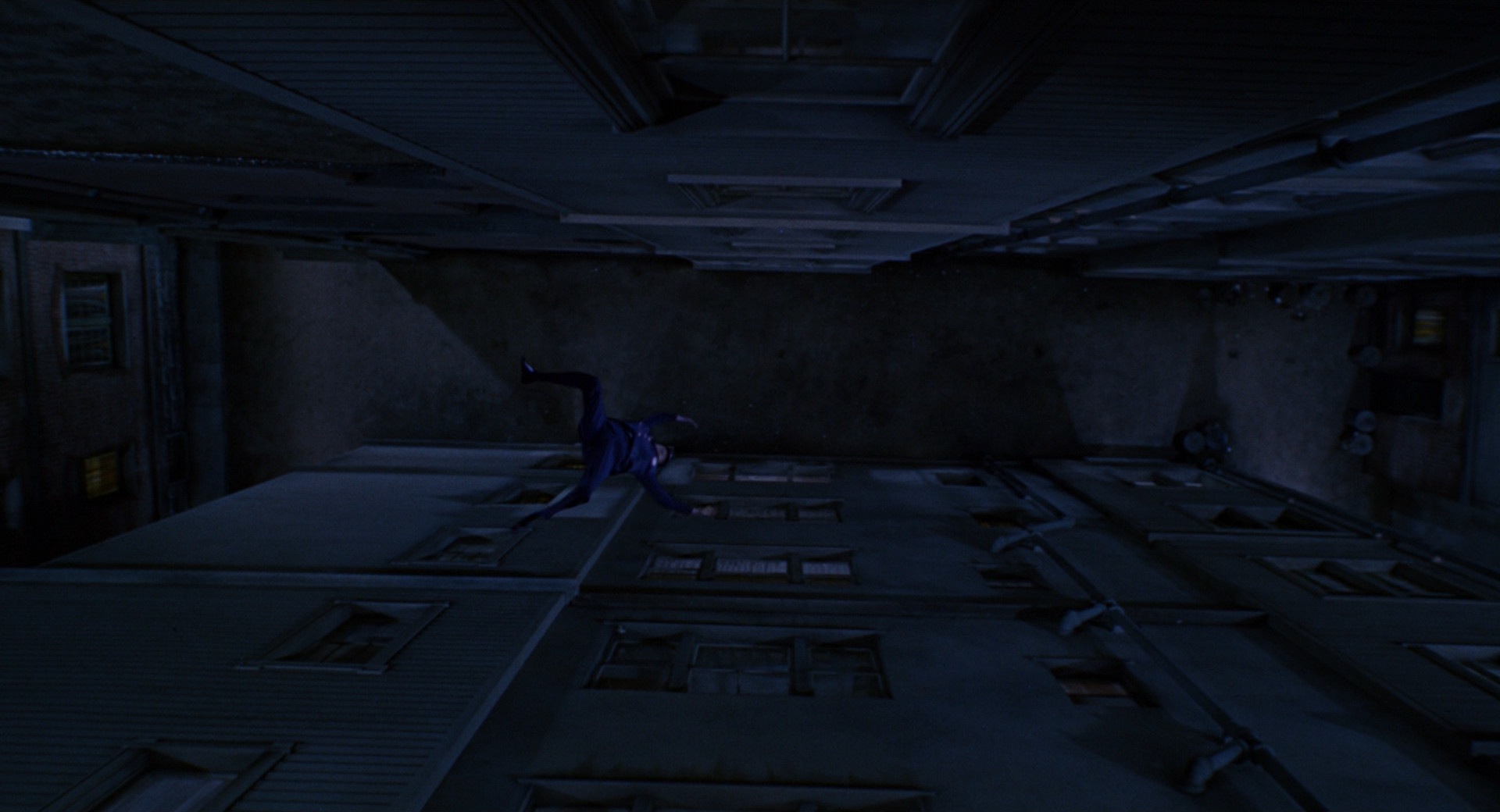 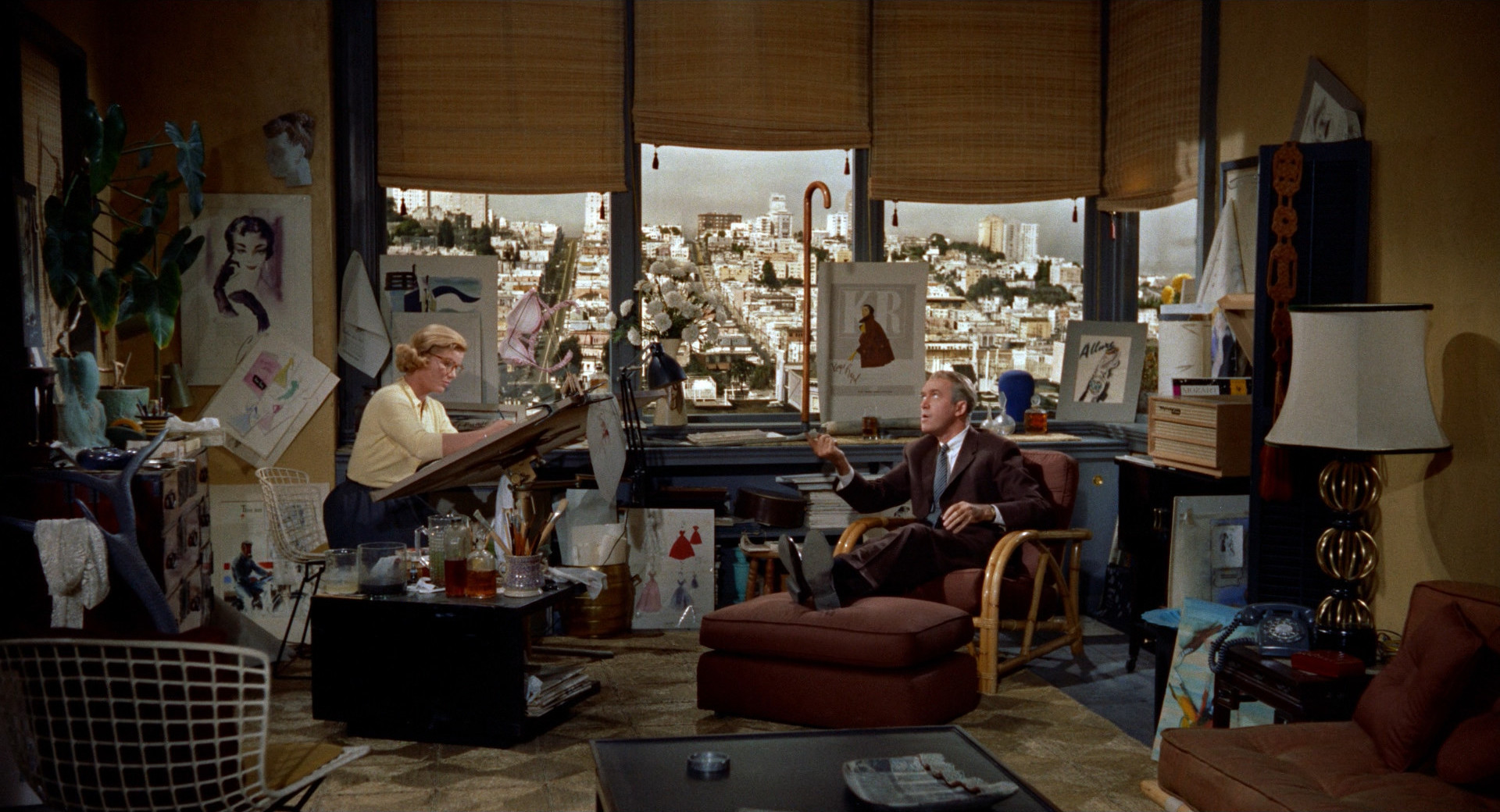 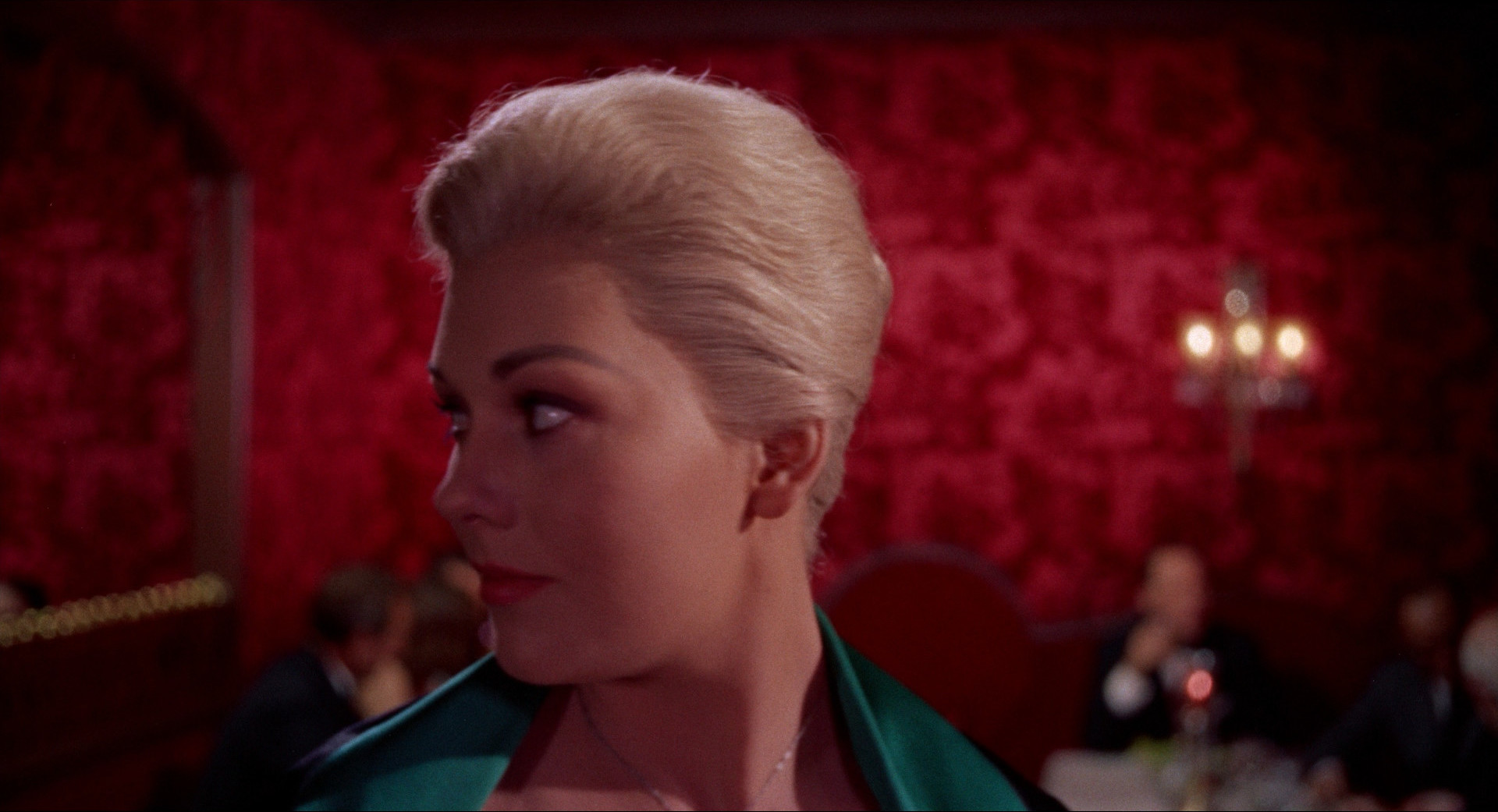 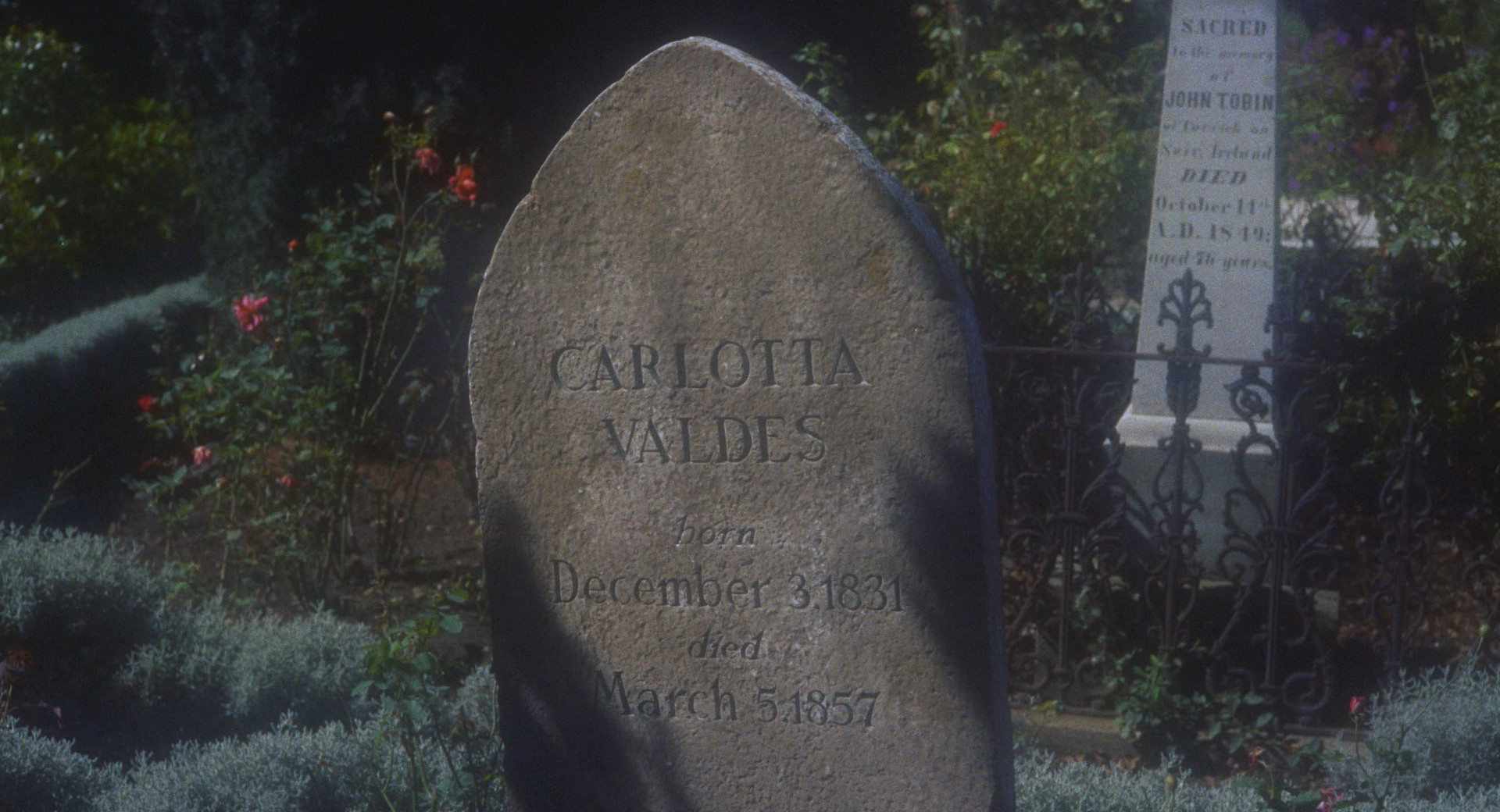 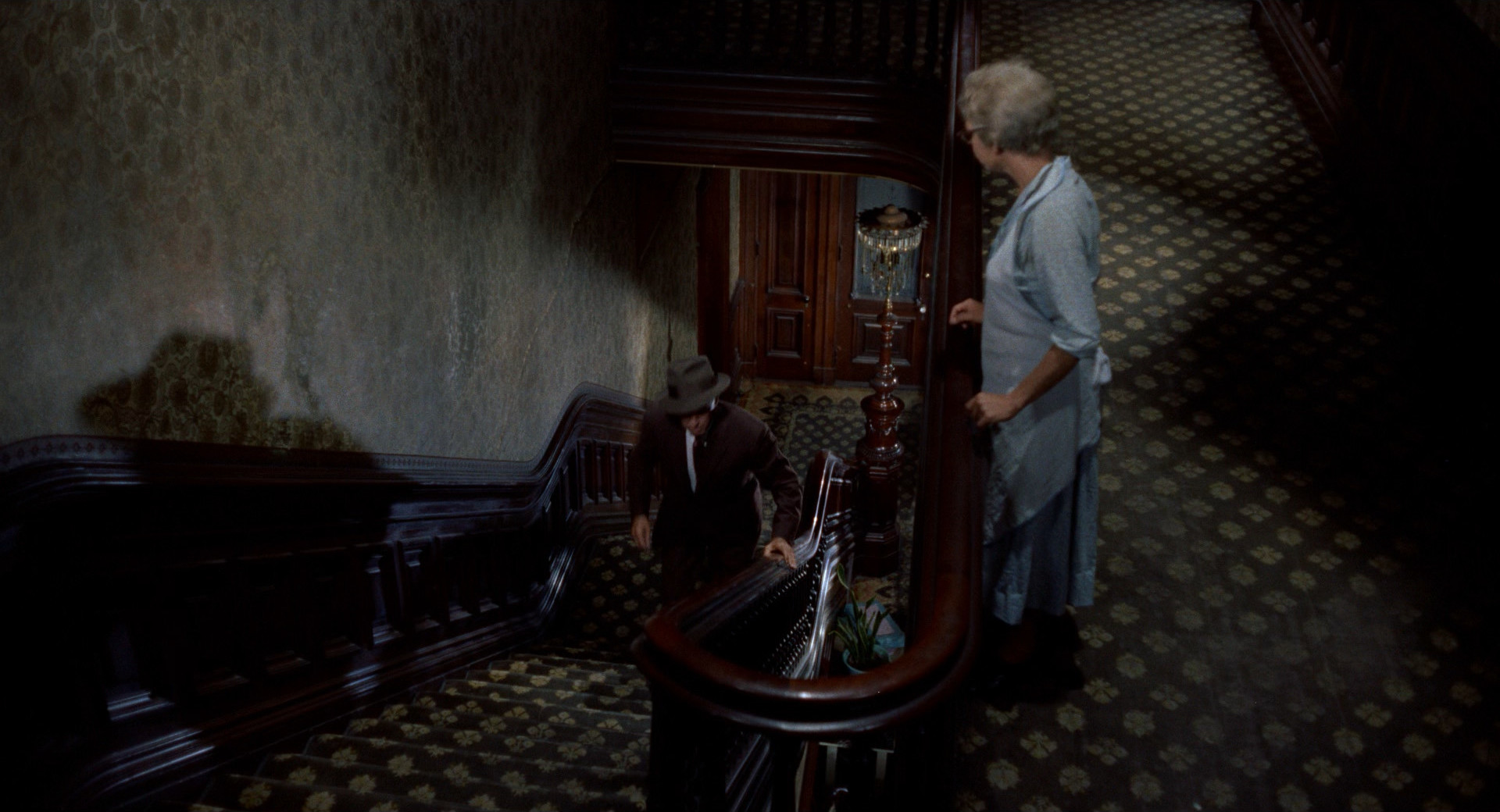 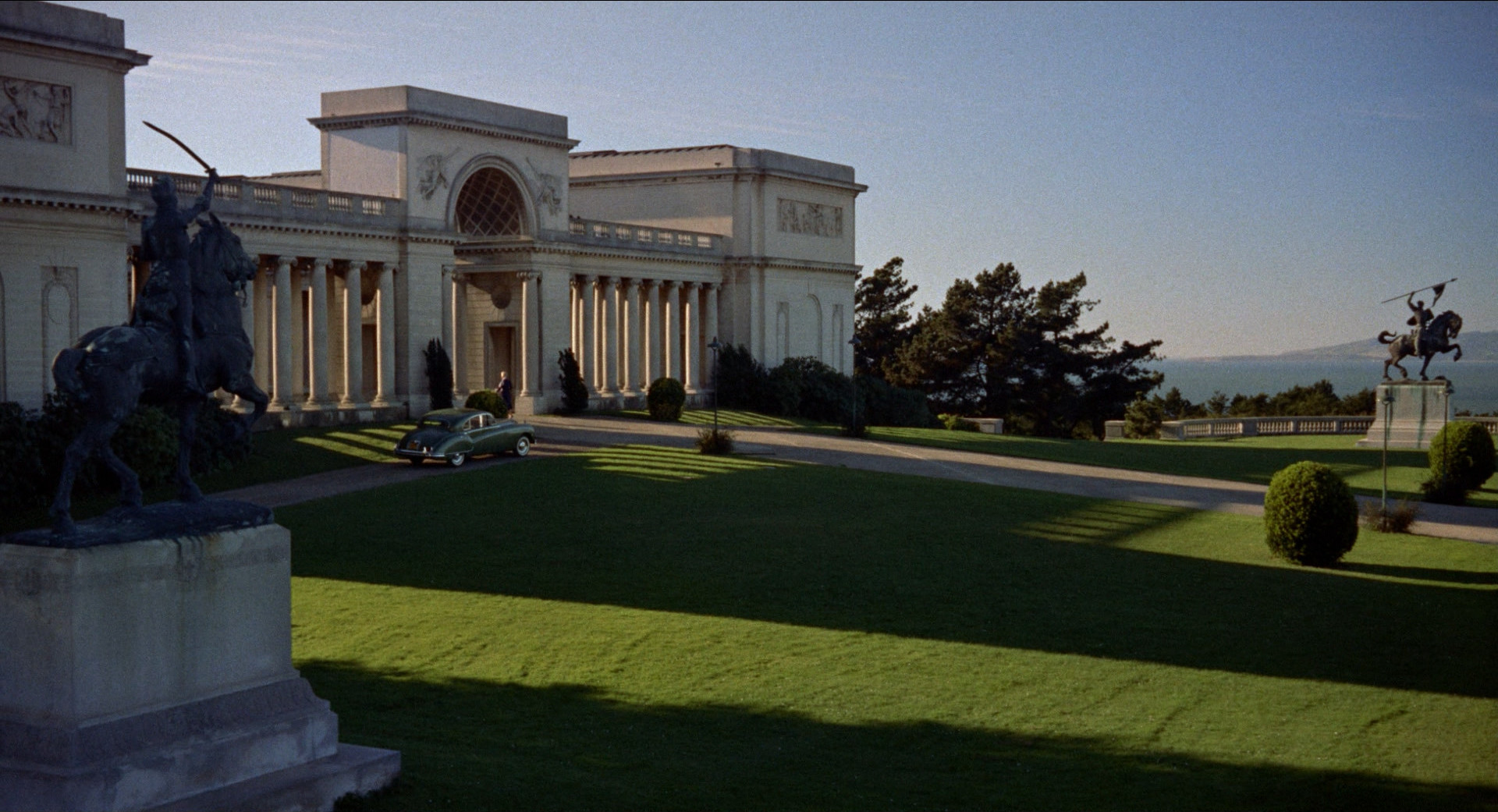 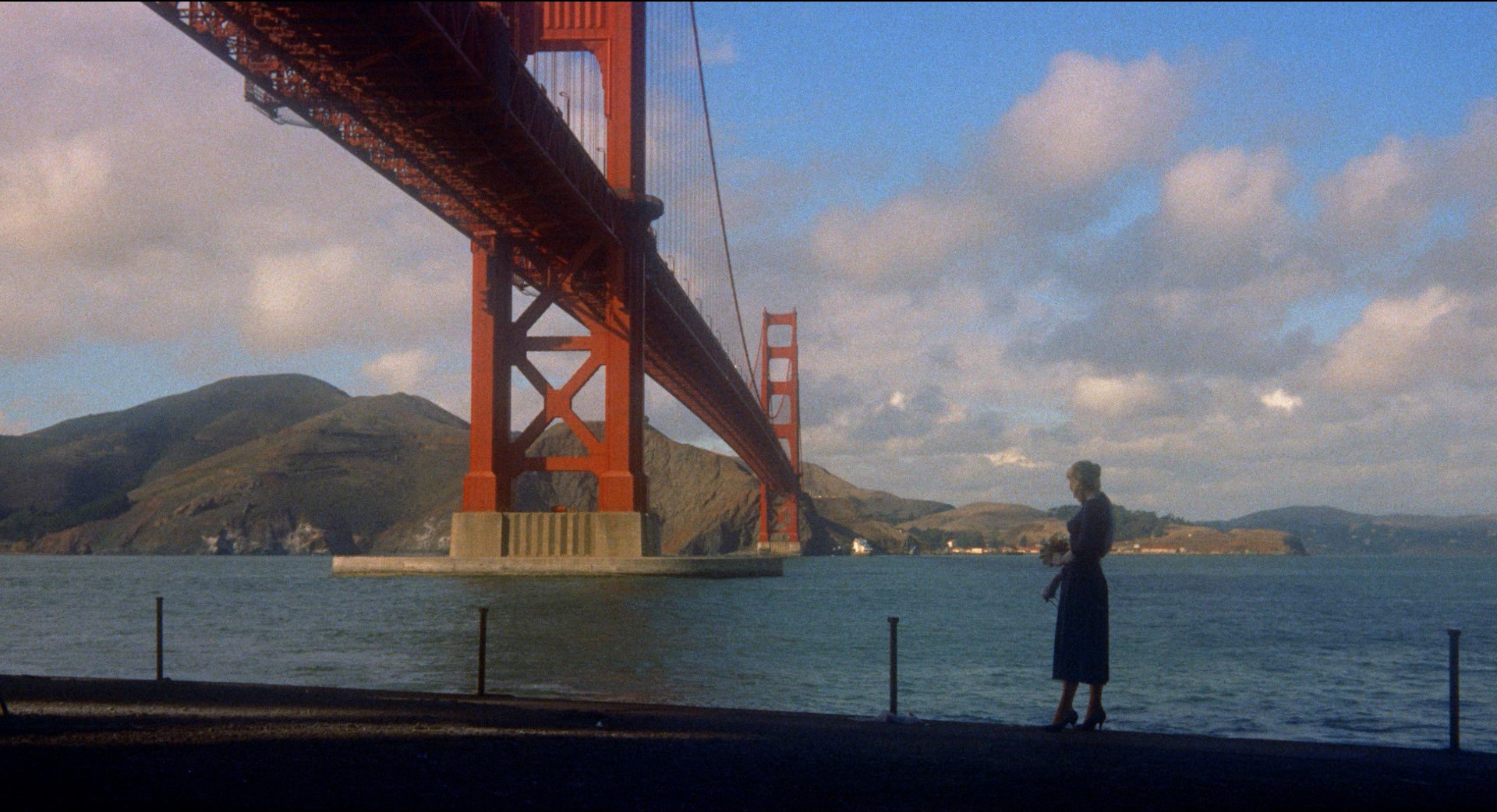 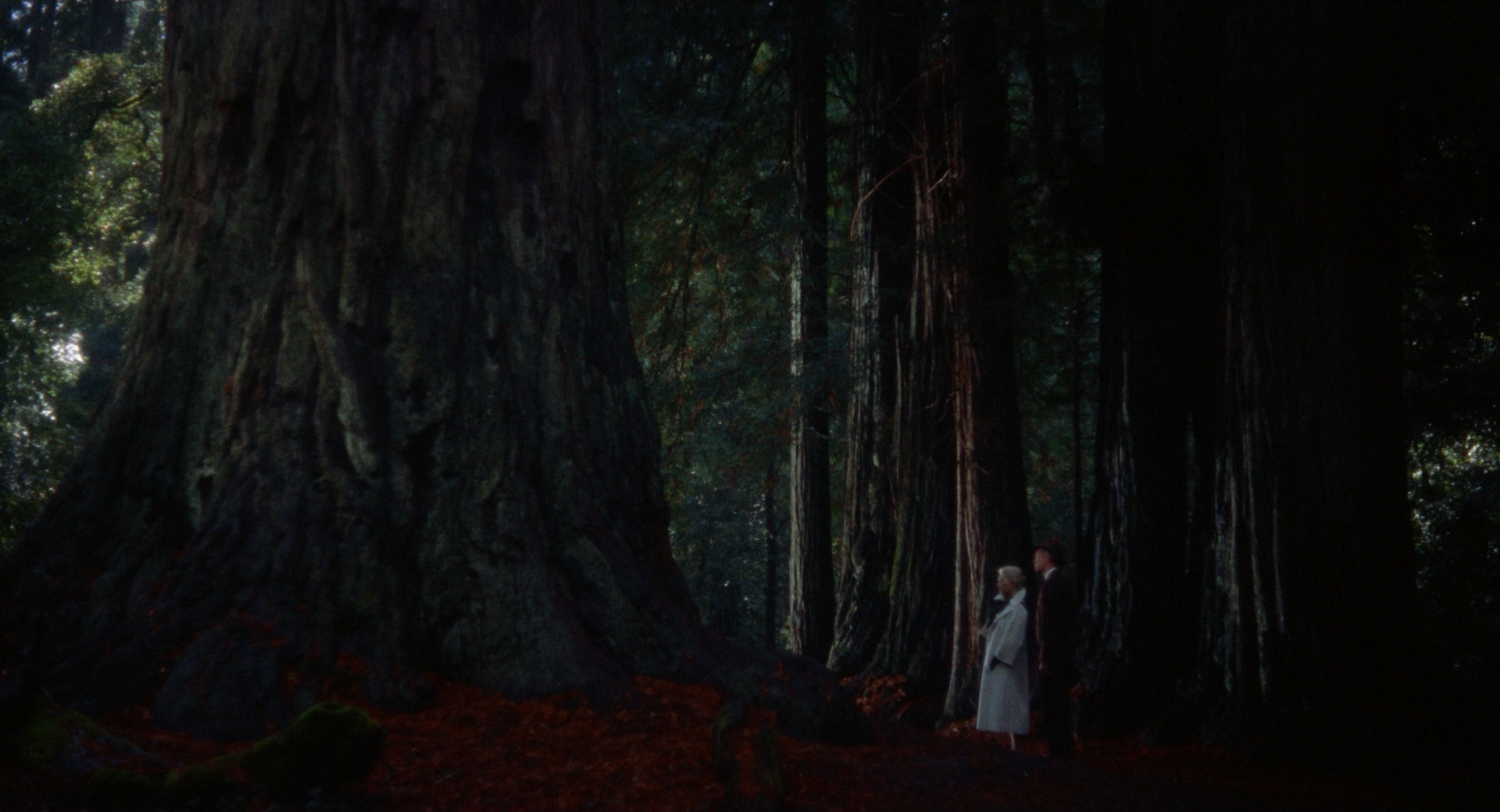 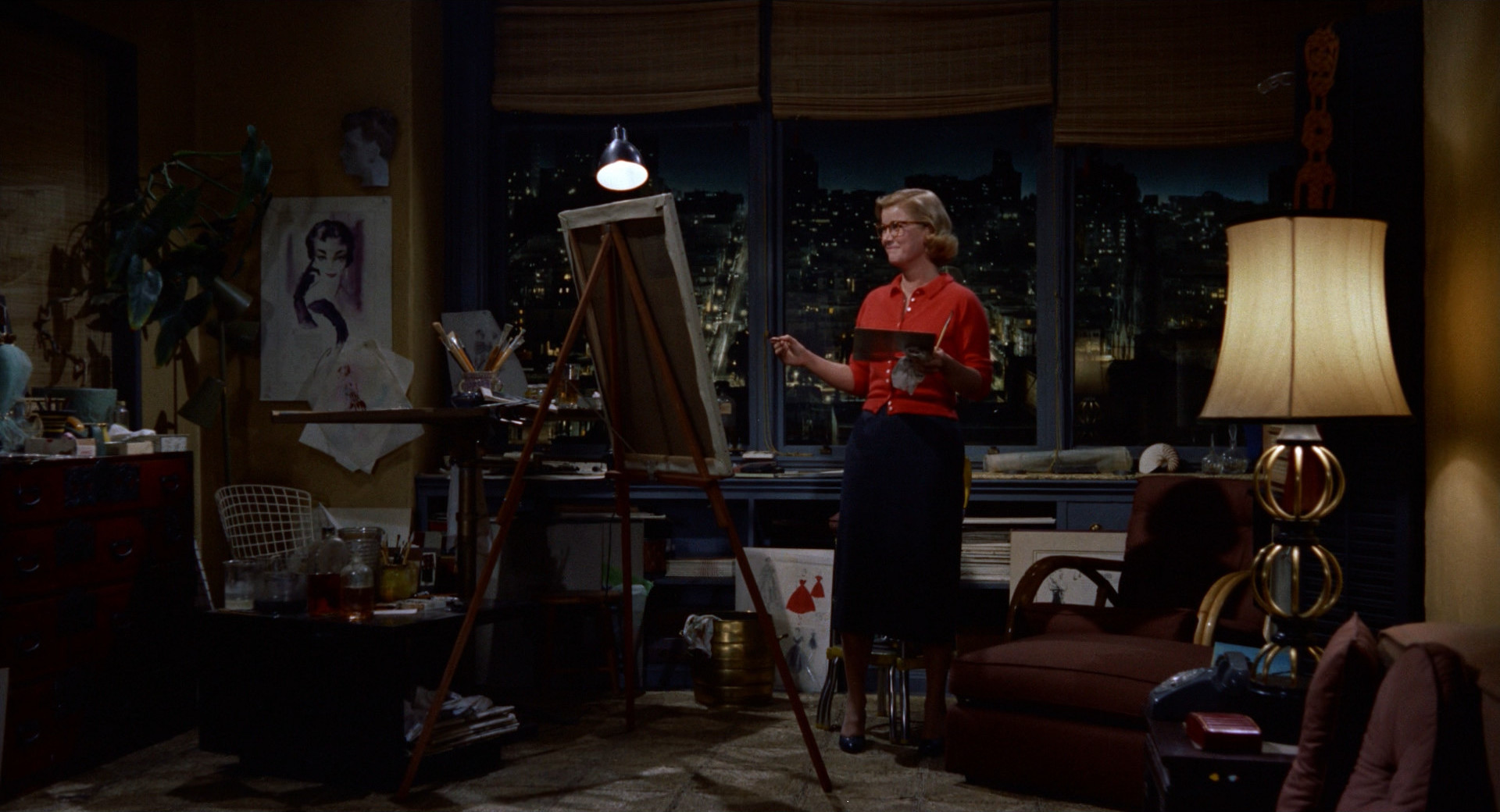 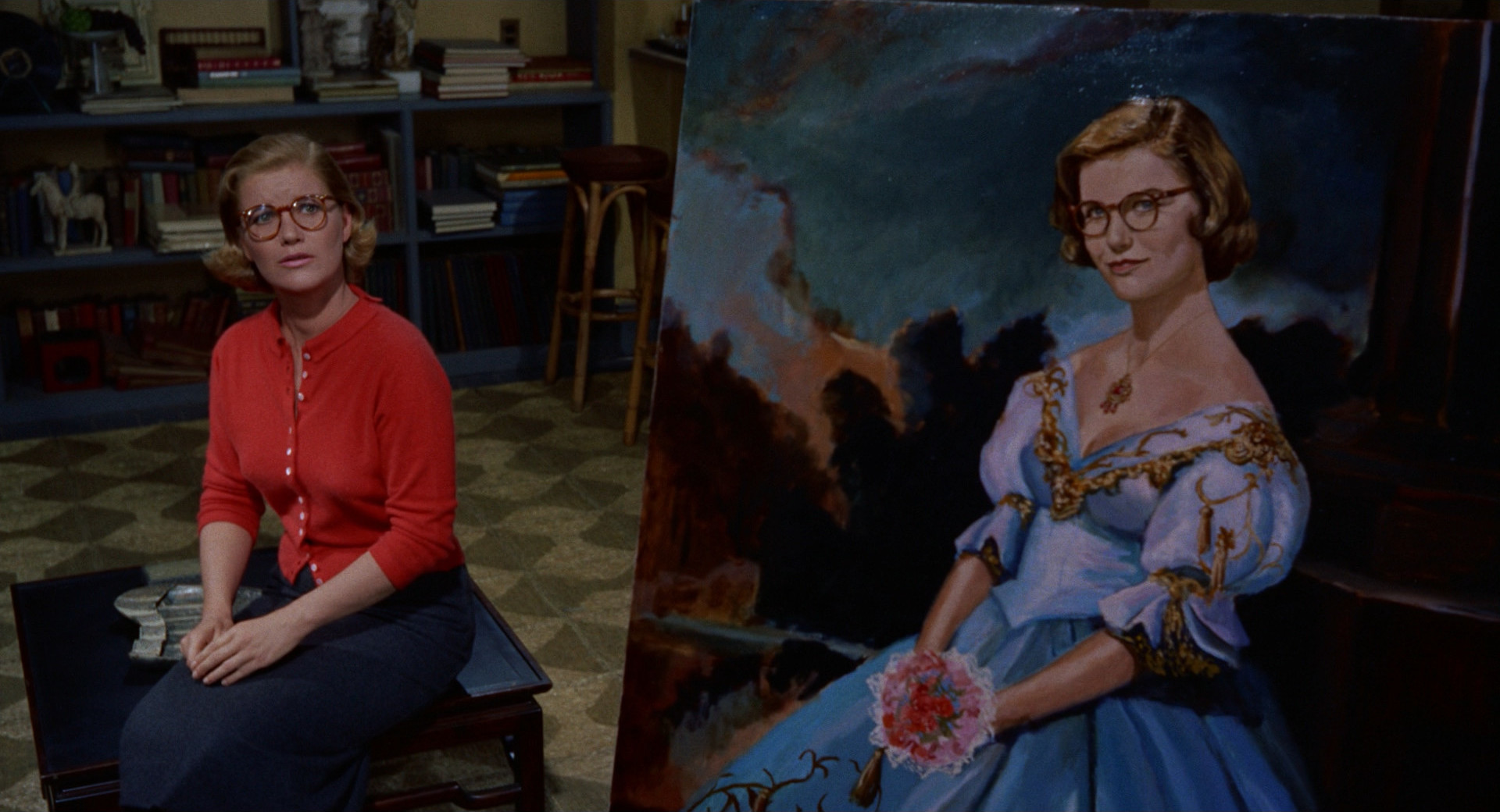 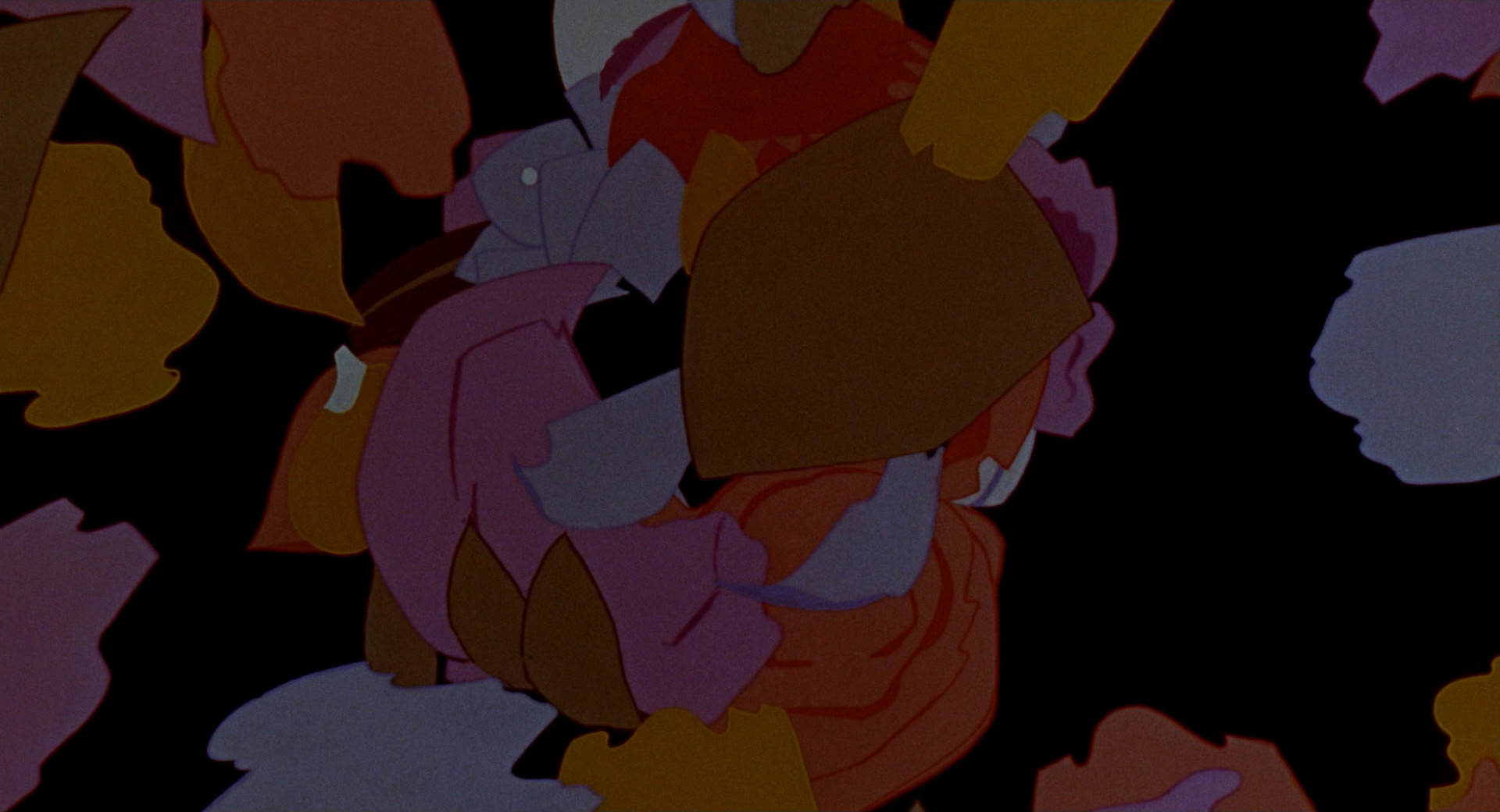 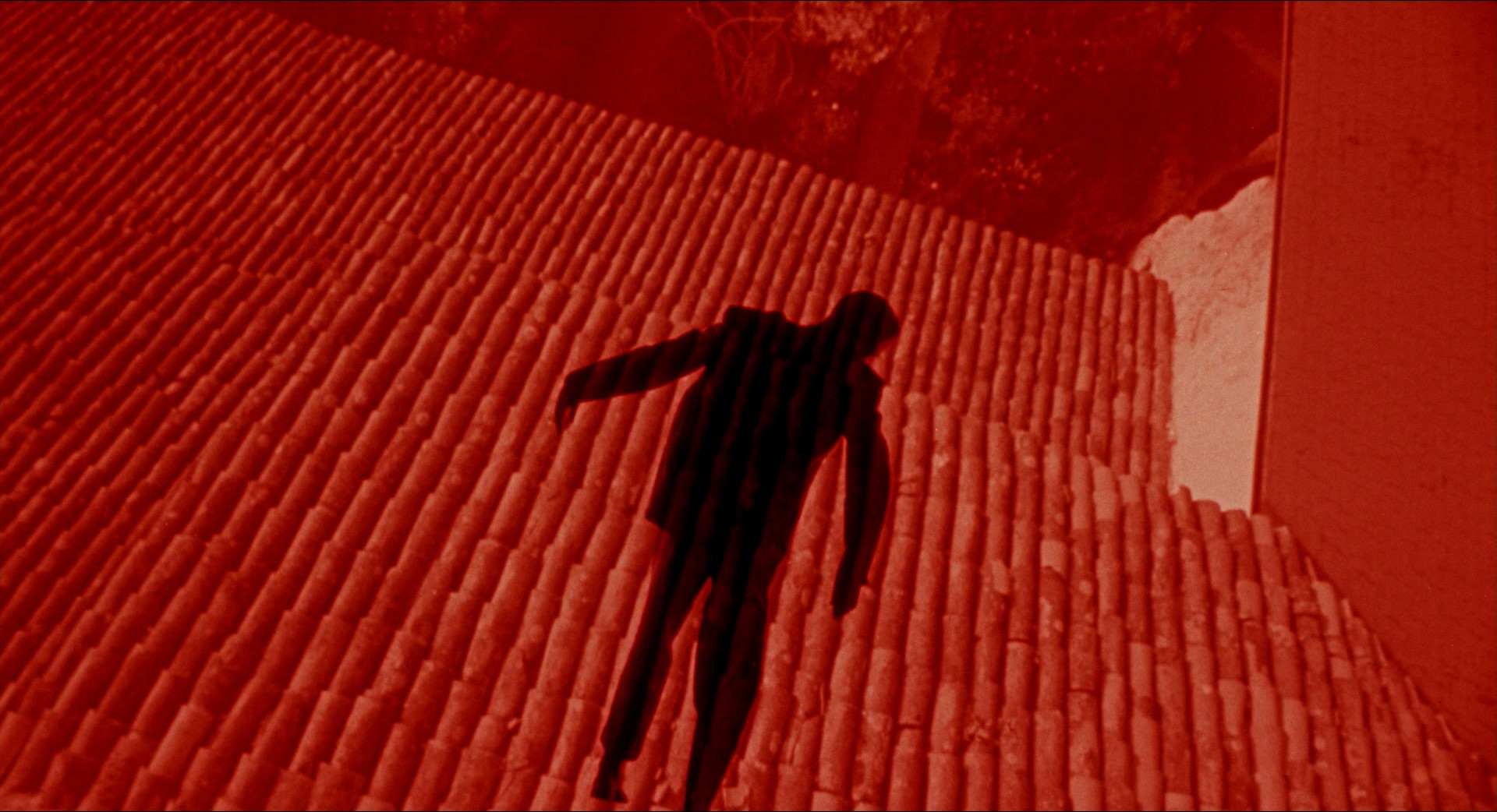 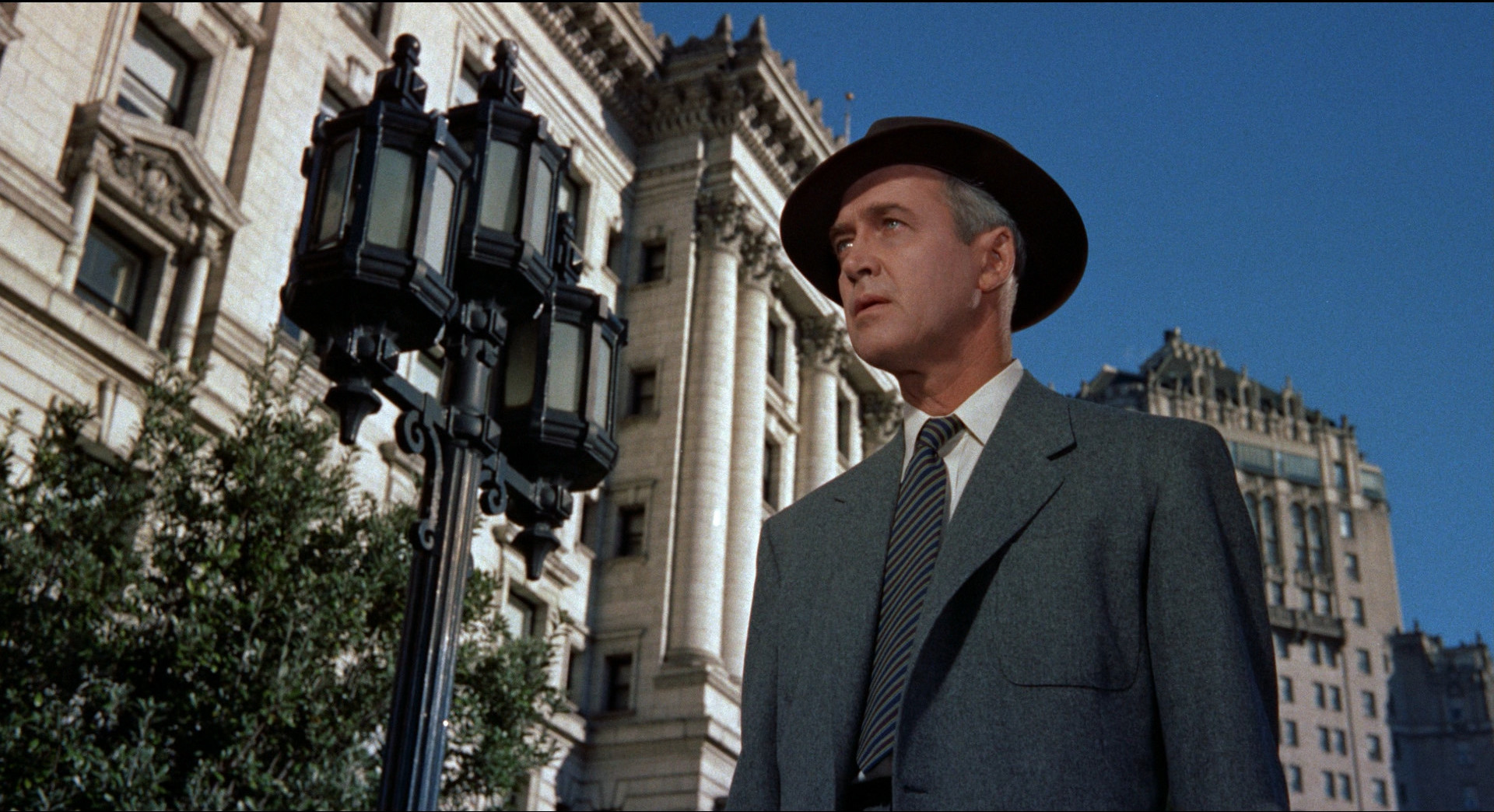 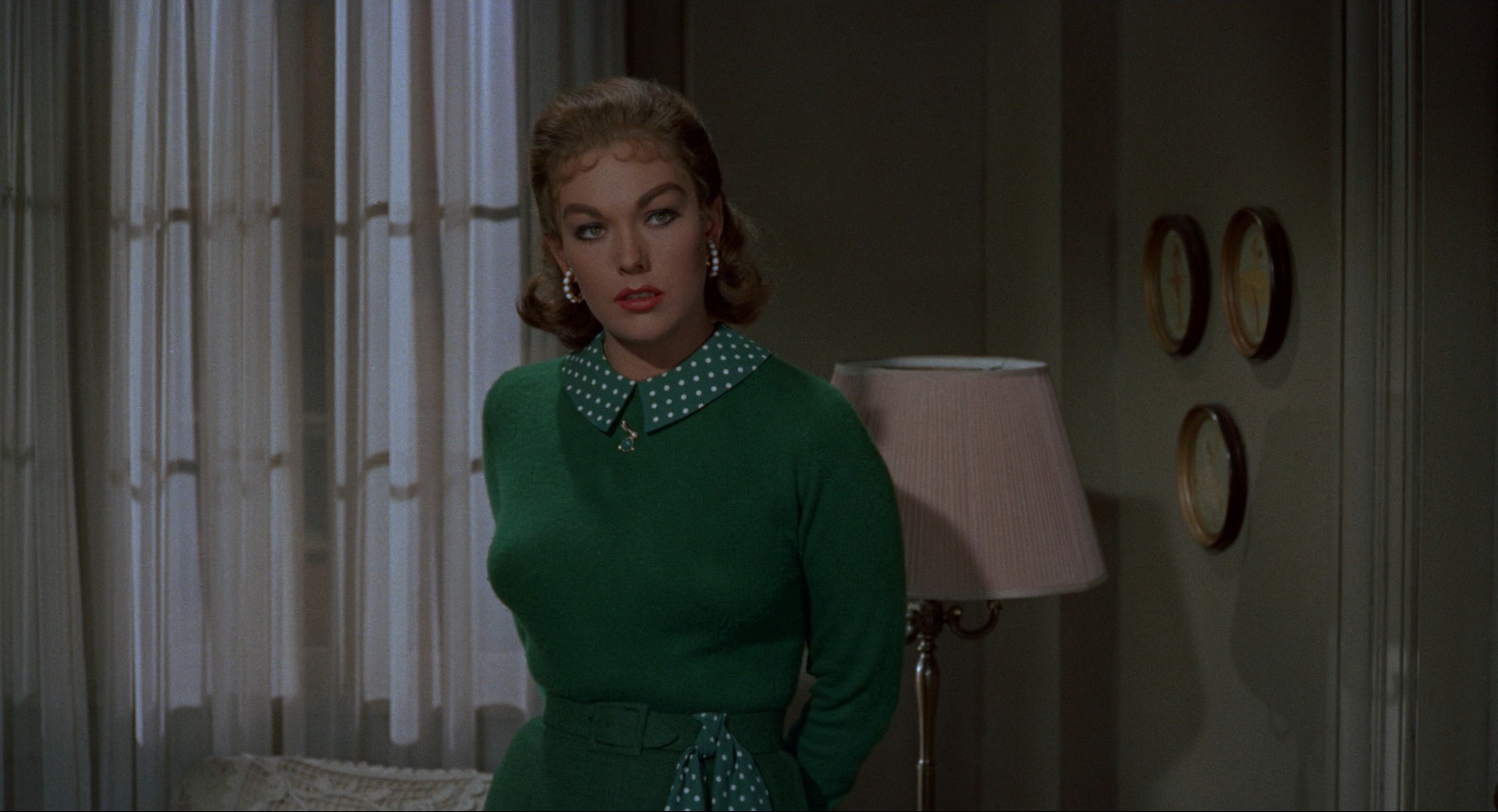 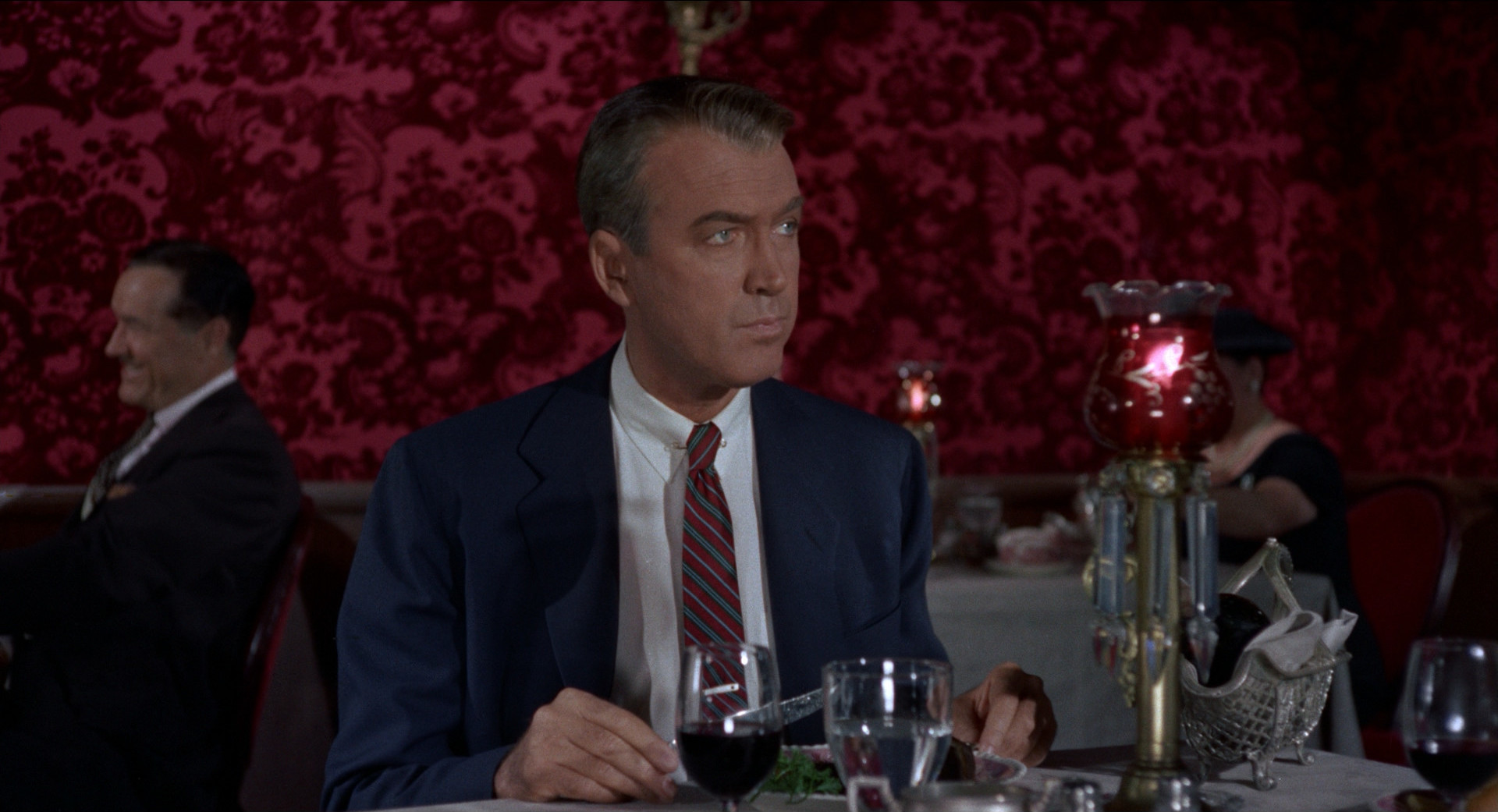 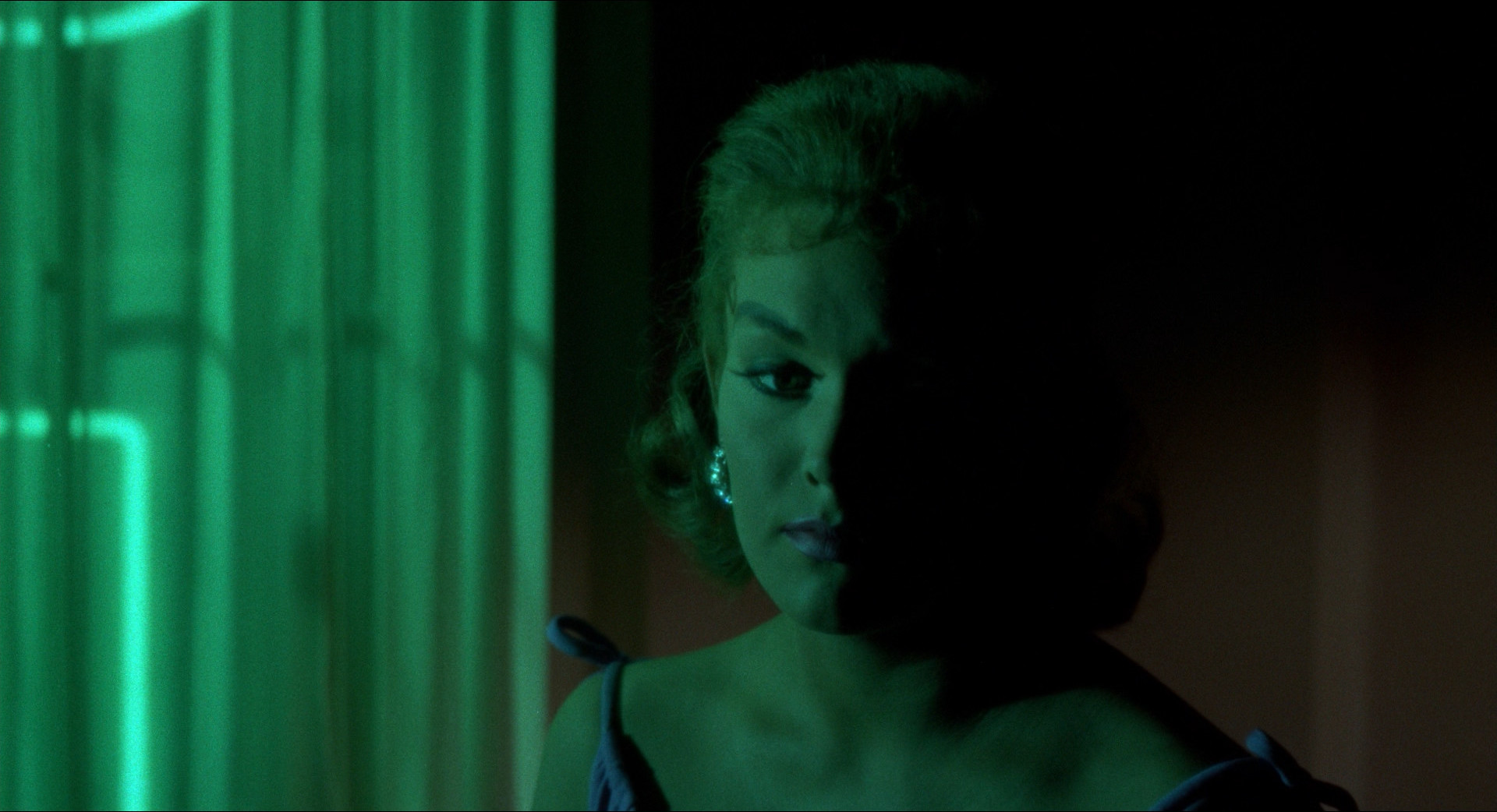 This movie is #1 on the critics’ poll.

I have seen this before, of course, but… it’s probably a while ago? Is this the one with the Dali sequences? Hm… No, that was Spellbound! Which I have to see again.

Oh right, this is the one with Kim Novak… Which reminds me of this song by Phranc:

This is just perfect. But the restoration is odd. Most of the time, the image is crisp with deep blacks, but sometimes it turns into this: 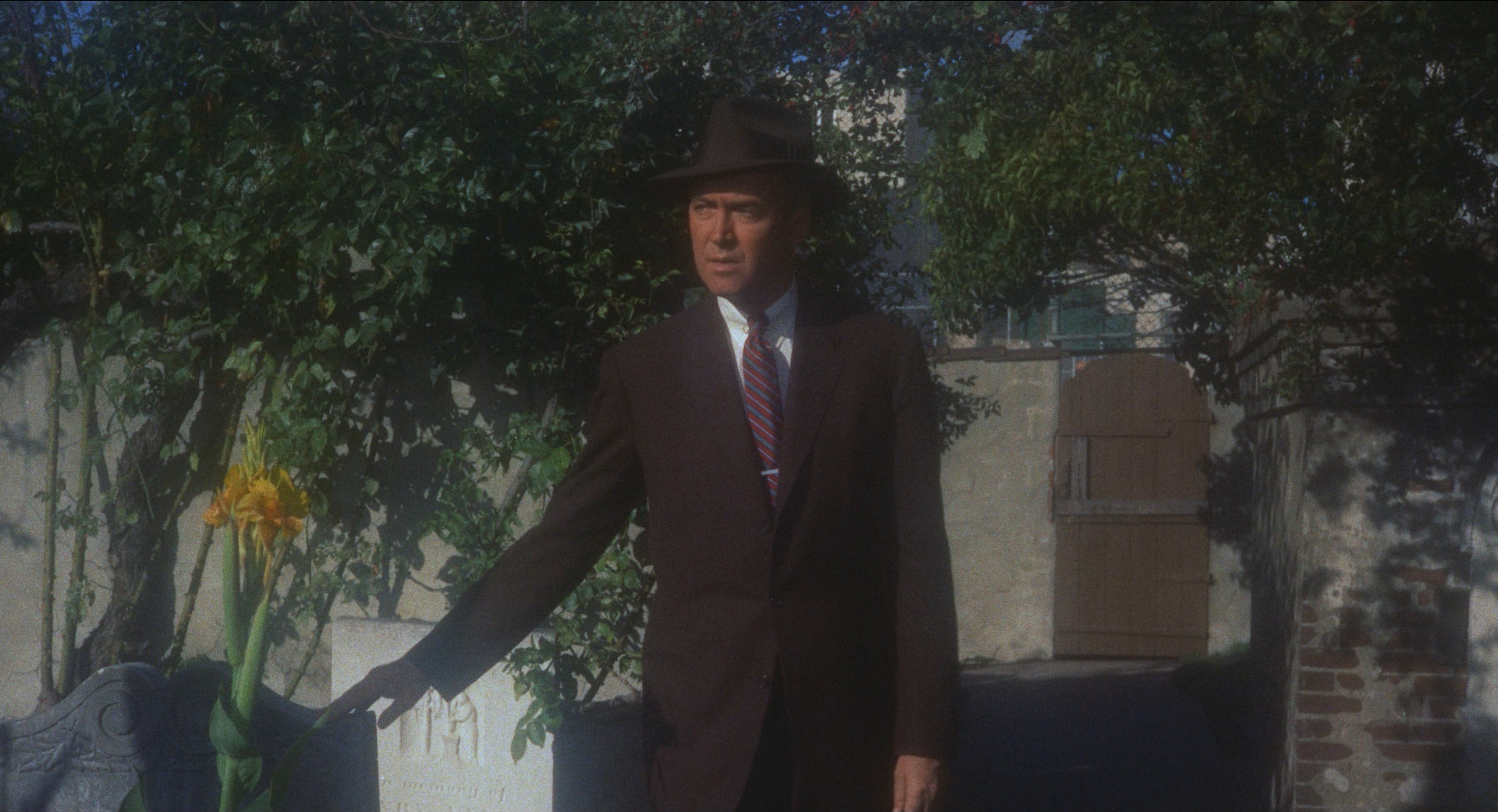 And some of the scenes are so dark it’s hard to tell what’s going on: 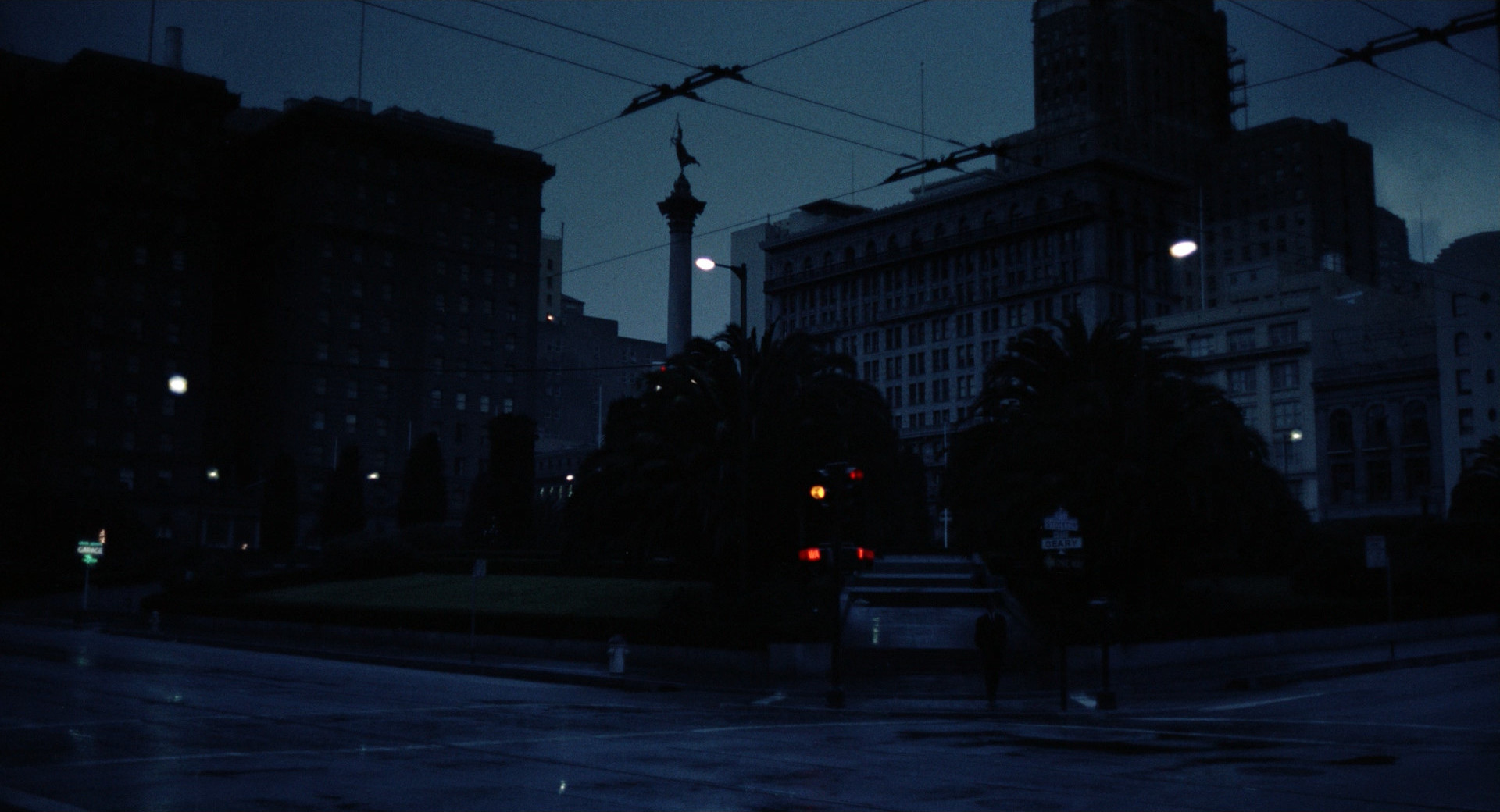 I wonder what happened. I watched the restoration docu for another Hitch movie, and on that movie it turned out that the original negative had been used for ~40 separate prints (which was unusual), so it was basically just scratches now. So they cobbled together the restored version from sources from everywhere… and it looked great.

I wonder whether the same thing is the case here… but that they only had some blown-out footage for some of the scenes to work with.

I love this movie. I can see why I had it confused with Spellbound — there’s a whole bunch of psychobabble that somehow manages to be fascinating. But while the plot is really good (and more complex than I first thought), the real pleasure is just how delightfully composed each scene is. All the long, long drives through San Francisco streets; the beaches; and the contrast to the wonderfully cluttered, homey and cosy home base. It’s a wonder.

Wow. That final twist (in the last scene) was… wow.

The scenes where James Stewart remakes Kim Novak are deeply, deeply creepy. I’m not sure whether they were supposed to be that way, or whether they’re supposed to be… obsessive but charming? Stewart is finally able to have sex with her (I first wrote “able to get it up”, but this is a family oriented blog and I’m never that crude OOPS) after remaking her, and it’s presented with such pathos that… well… I’m not sure what Hitchcock was getting at, as he was a pretty creepy guy himself. It feels like a meta-commentary on Hitch’s own sexual harassment history, but probably isn’t.

Anyway! It’s an amazing movie. I love all the colours. The sets are perfect. The performances (especially from Nokak) are astounding. There are a couple of scenes that are perhaps a bit indulgent, but it’s a delight to watch.

I’m watching the restoration documentary now, and Paramount spent $1M and two years on the restoration of this movie, which makes my comments up there about the uneven quality seem a bit churlish, right?