I think we’re getting to a certain … time of year. I think Netflix has done at least half a dozen Xmas movies this year? But interestingly enough, each one seems to target a lightly different genres. Or audiences.

So this is the black one.

Uh-oh. OK, but these day with all the racist brigading going on you can never trust audience scores. 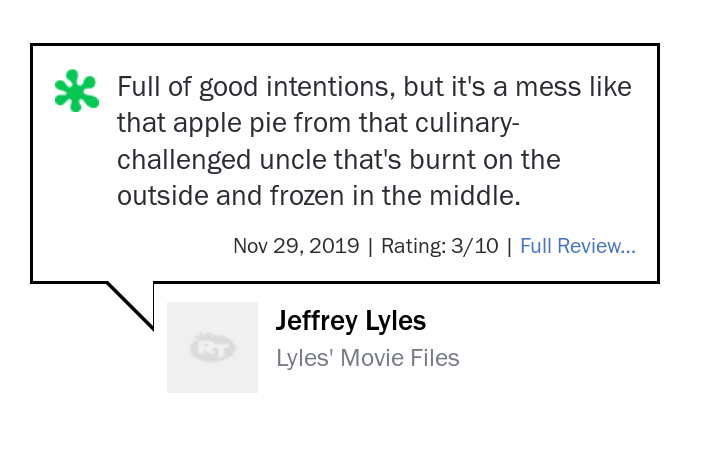 That’s a weirdly specific reference! Who hurt you, Jeffrey! Who!

Well, nobody likes mild language; we all want some fucking swearing.

If I’m reading the director’s imdb right, he’s only done one feature movie before (in 2004). The rest of them are TV episodes, comedy specials and documentaries about famous comedians? I can see that. It’s got a slight TV vibe going on, and while it’s not about a stand-up comedian, it’s about a radio host.

That said, there’s things here I like. I like the slightly restless camera work: It’s not frantic or anything, but it sort of slides around a bit in many scenes; very attractive framing. The performances are good, especially the lead and his producer are fun to watch.