Everybody loved Steven Soderbergh after Sex, Lies, and Videotape, but then the rest of his movies happened. I mean, he’s got a bunch of blockbusters with the Oceans * movies (haven’t seen them), but he’s also done more ambitious movies, like his Solaris remake (I’ve seen it, but wasn’t… that… impressed?)

This is so not my kind of movie: It’s about sports. Some kind of American sports. You have a bunch of TV-like actors talking fast at the camera saying stuff like “I want the game”, and I’m over it.

But it’s not without qualities… the cinematography is kinda fun… and… uhm… OK, that’s it.

The film was shot using an iPhone 8 smartphone, equipped with an anamorphic lens produced by Moondog Labs. 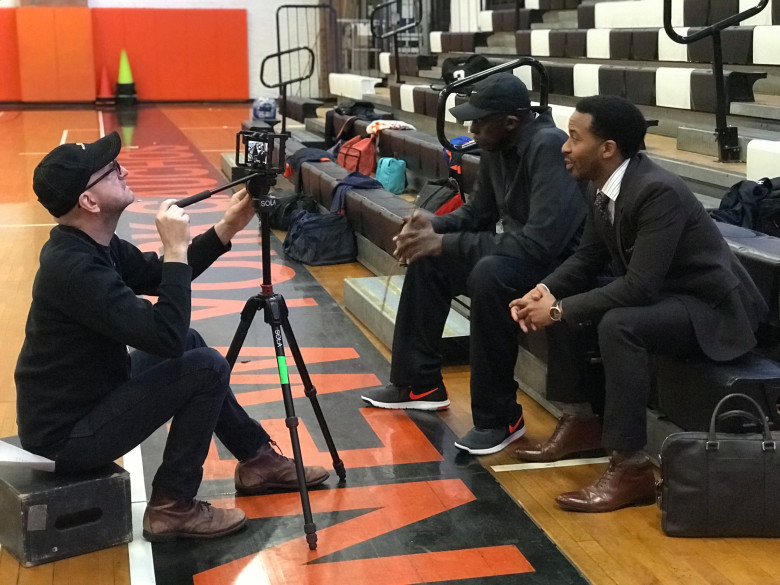 So Soderbergh himself is up there in the actors’ faces with his tiny Iphone rig? That explains the intimate and fun (and very fish-eyed) camerawork. I like that bit.

But there’s not a single scene in this movie that didn’t give me cancer. The actors are delivering one Golden Age Of Television line after another, and it never stops.

I’ll give you a synopsis of the plot: It’s got… something… to do… with sports?

There are people who think this is a good movie. Perhaps they’re all Christian or sports fans?

But they’re wrong: This is a dreadful movie.