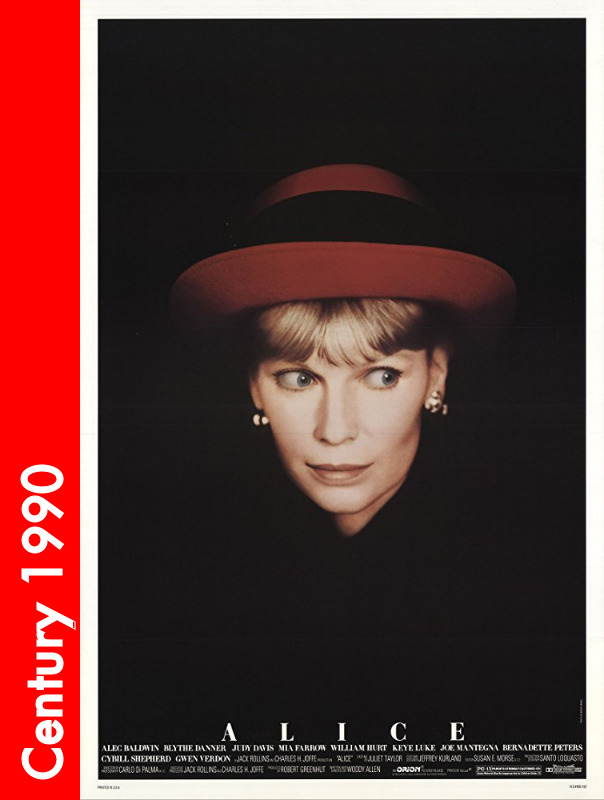 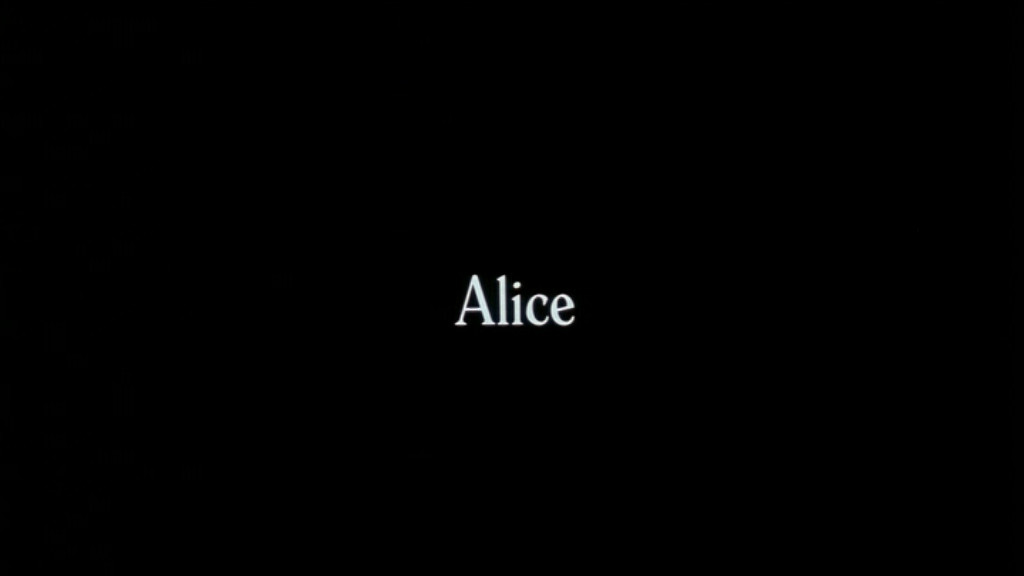 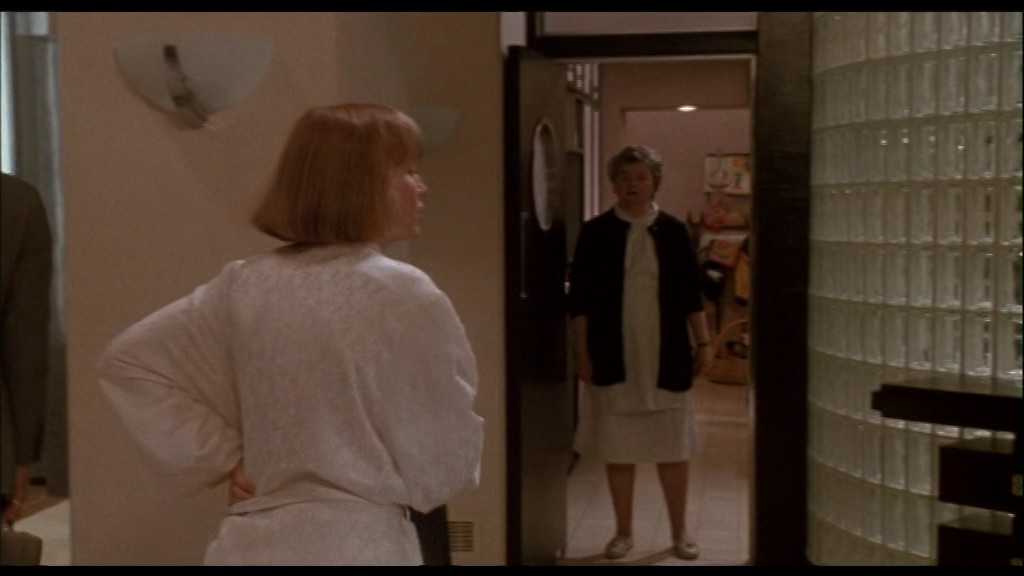 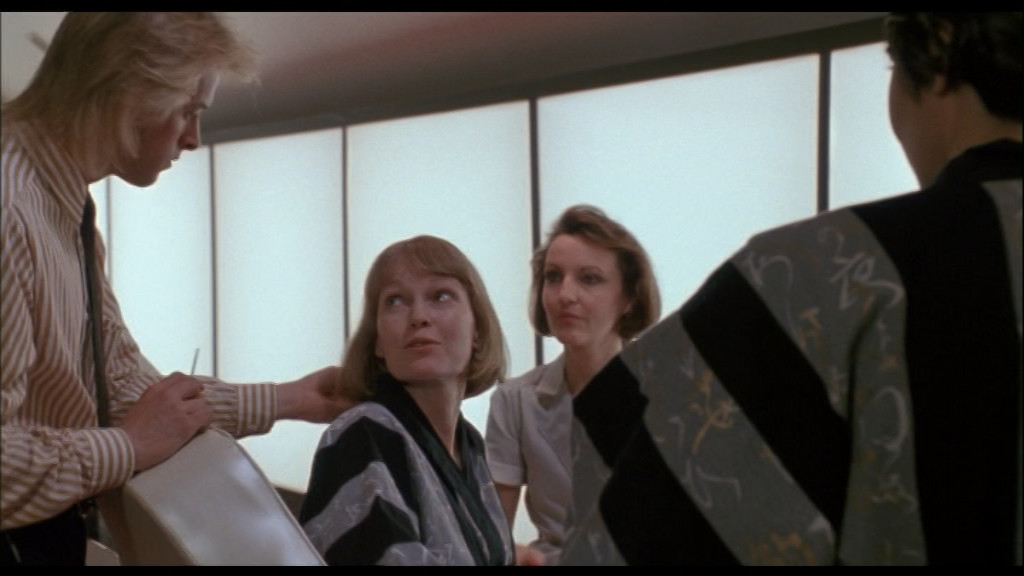 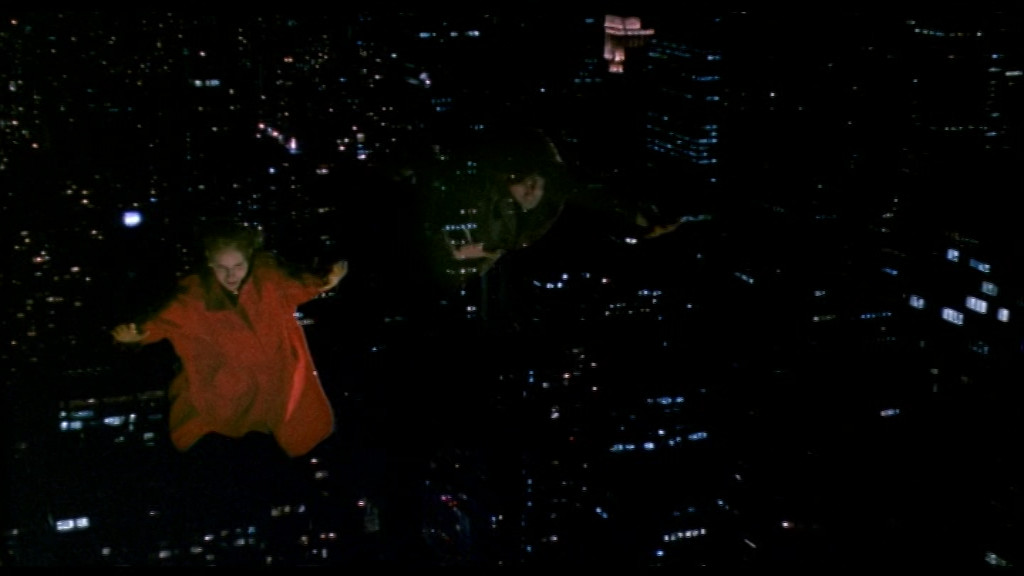 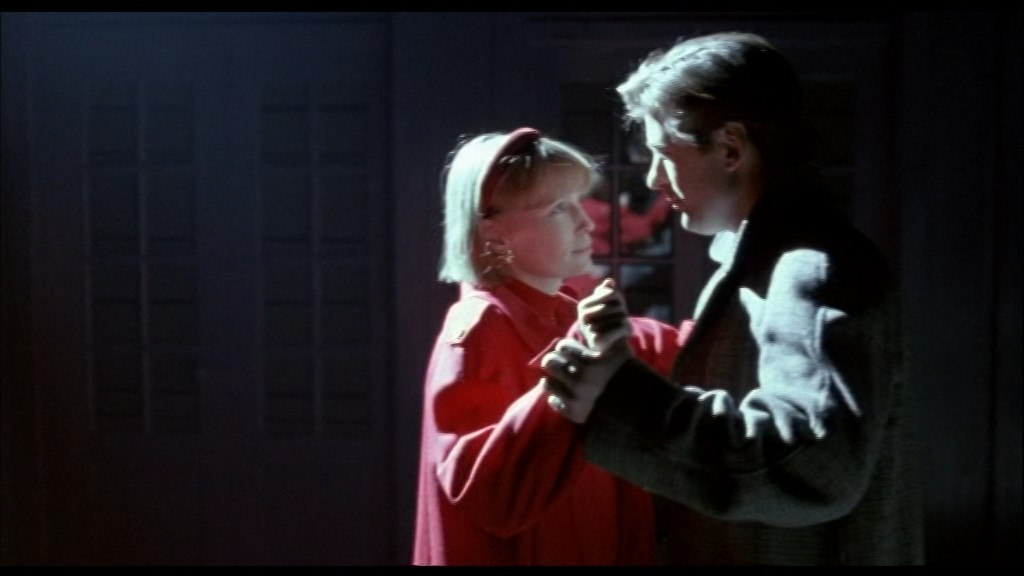 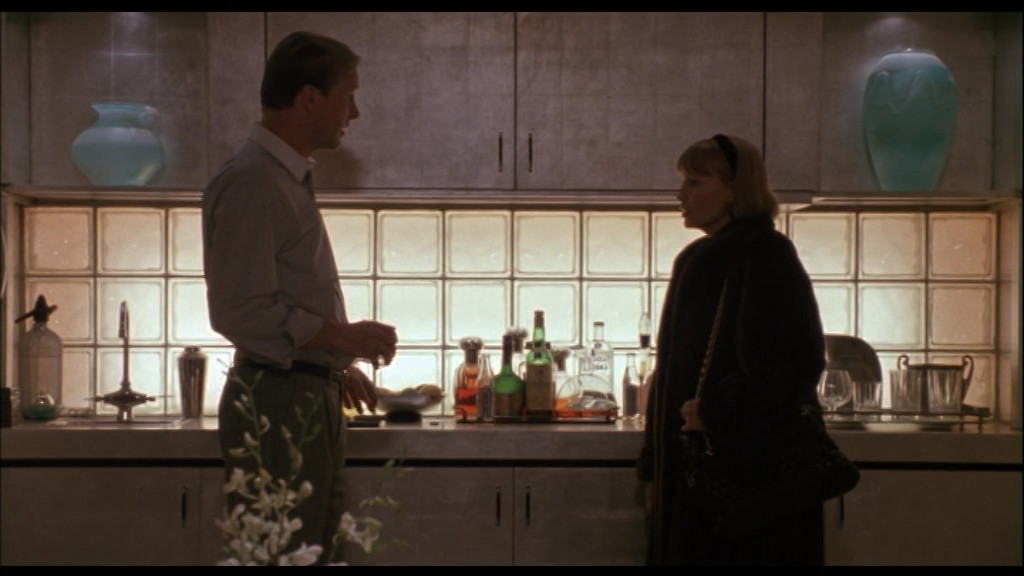 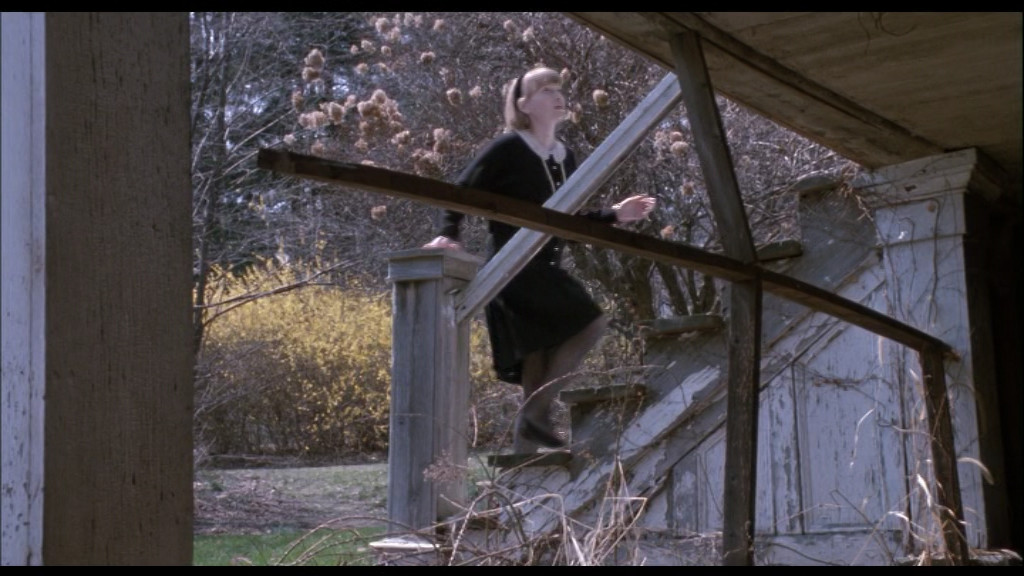 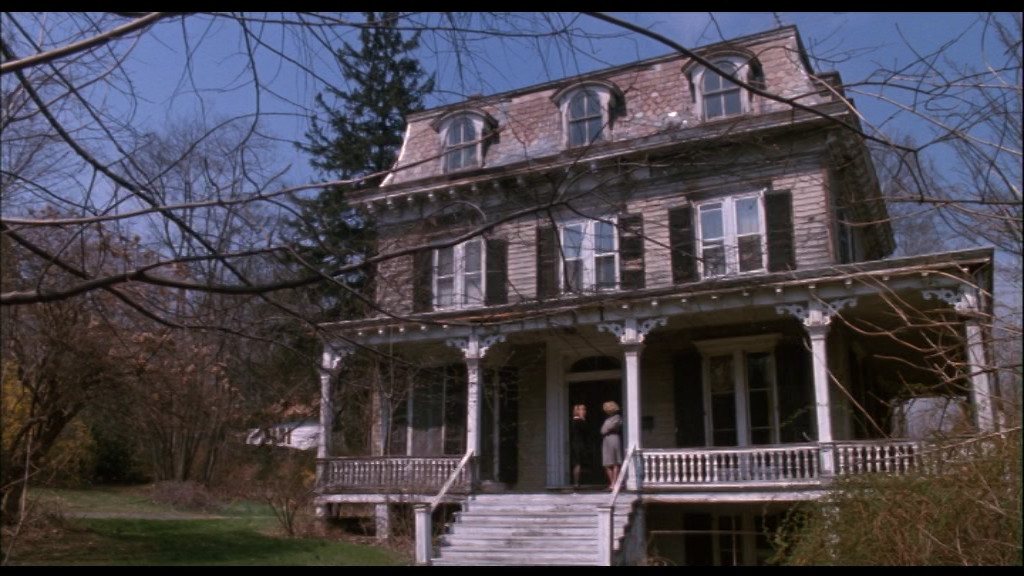 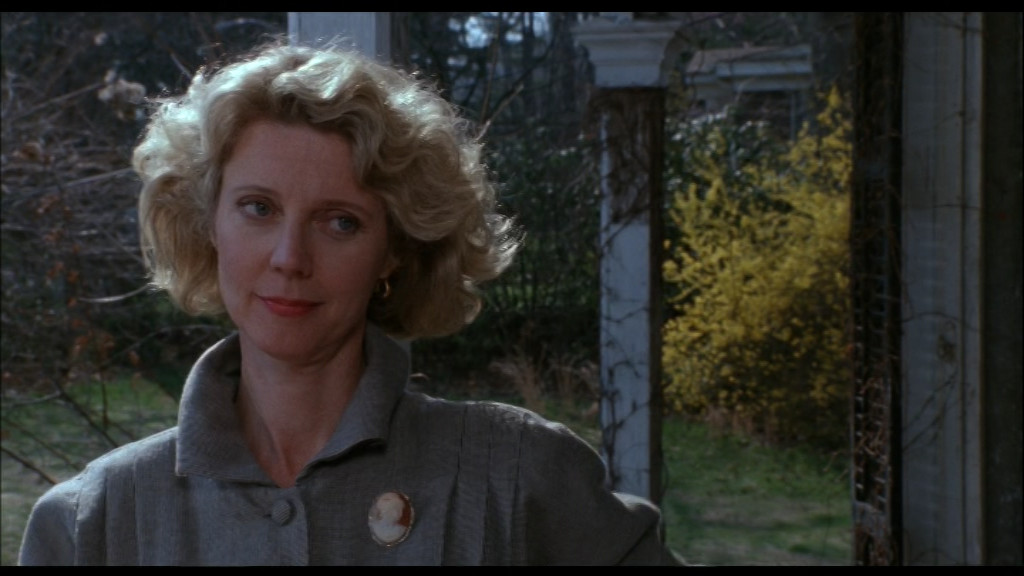 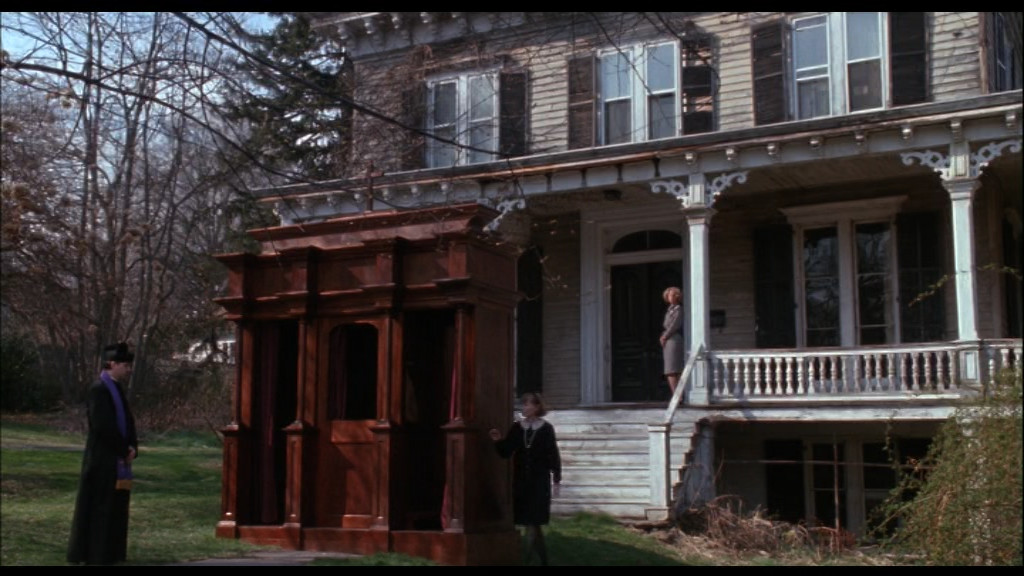 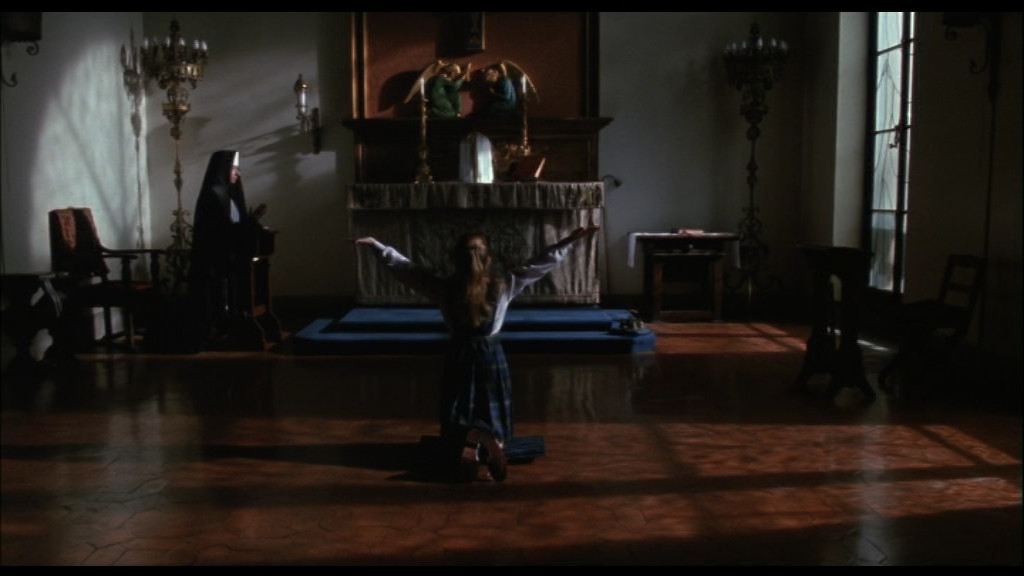 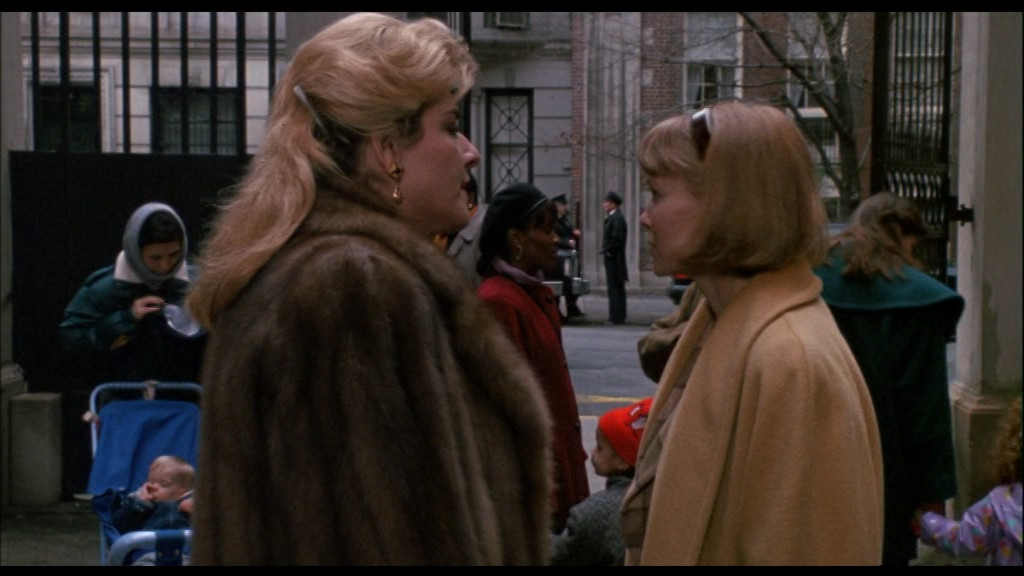 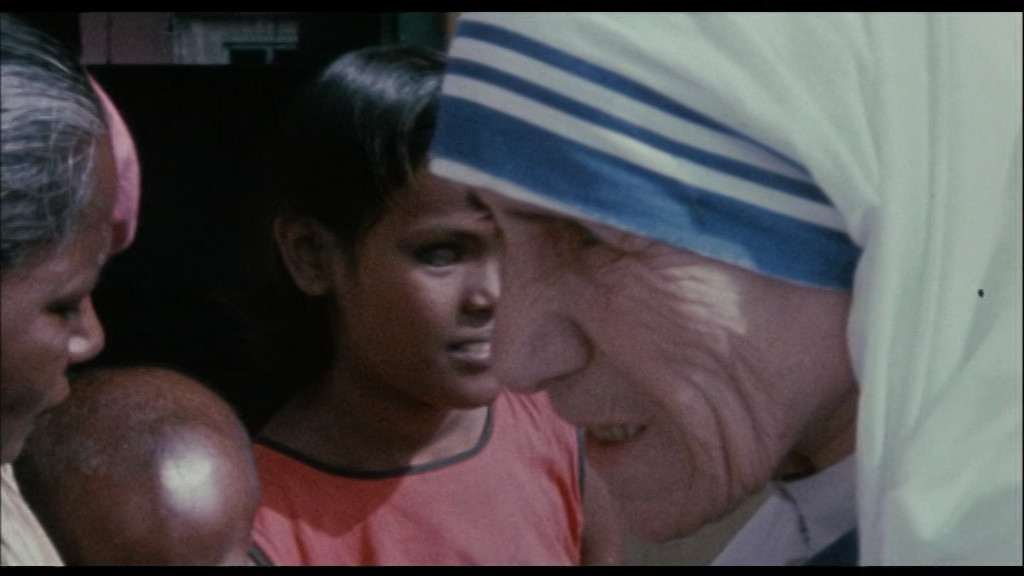 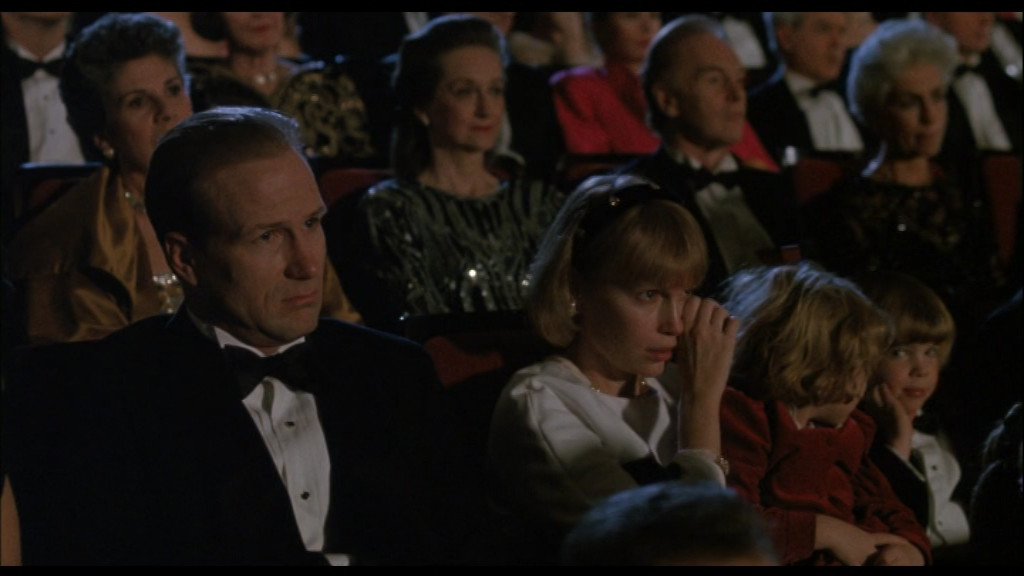 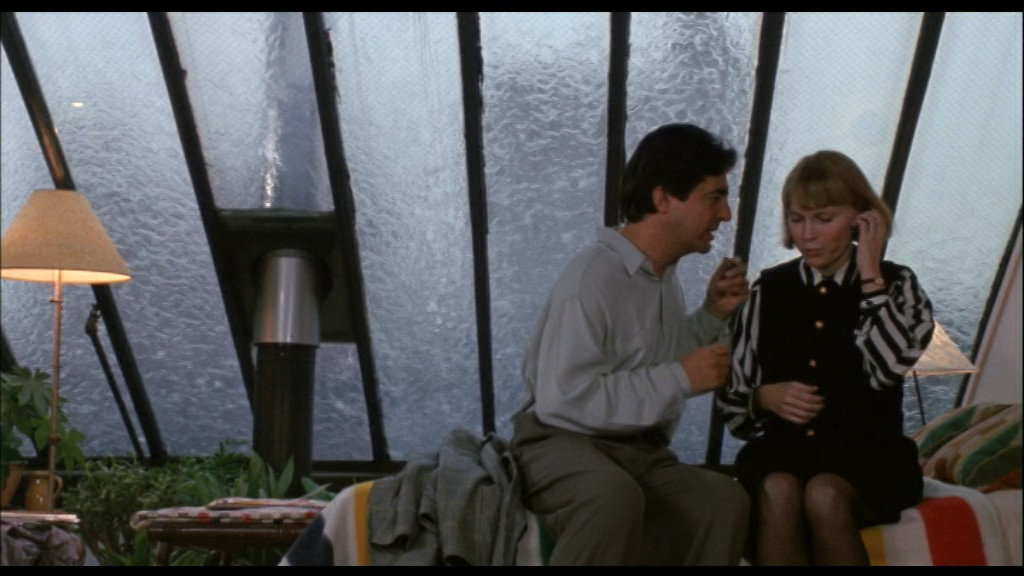 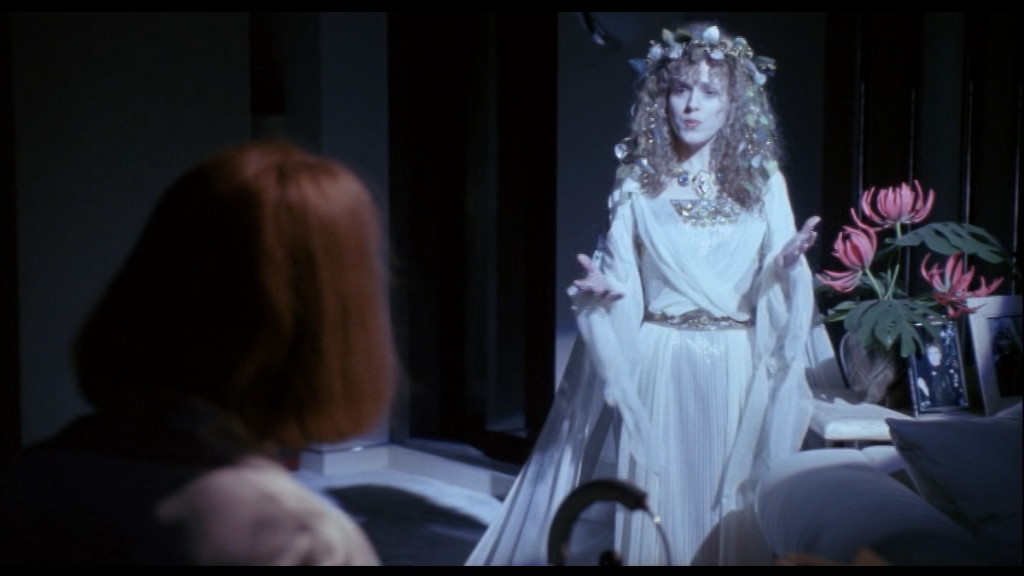 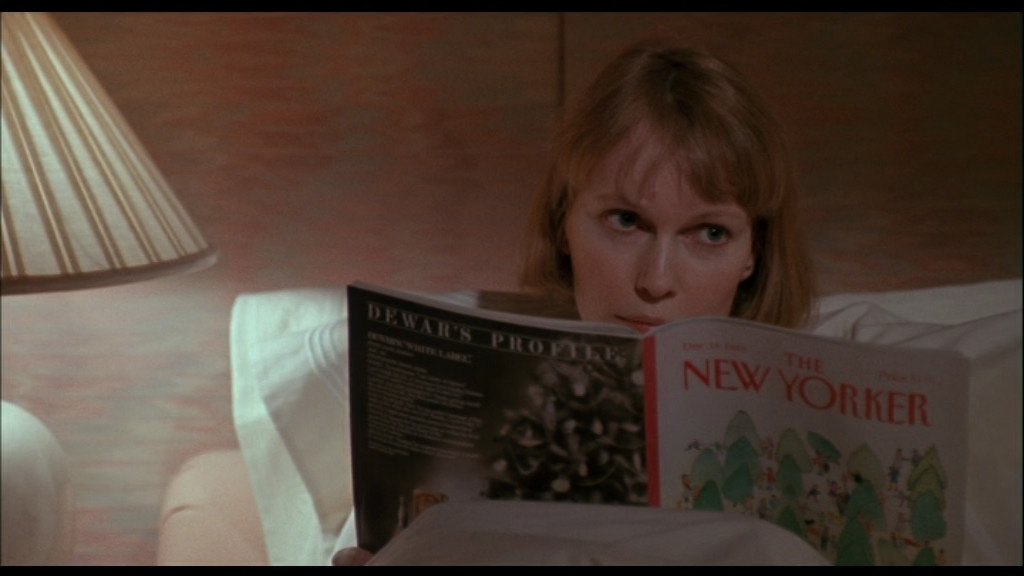 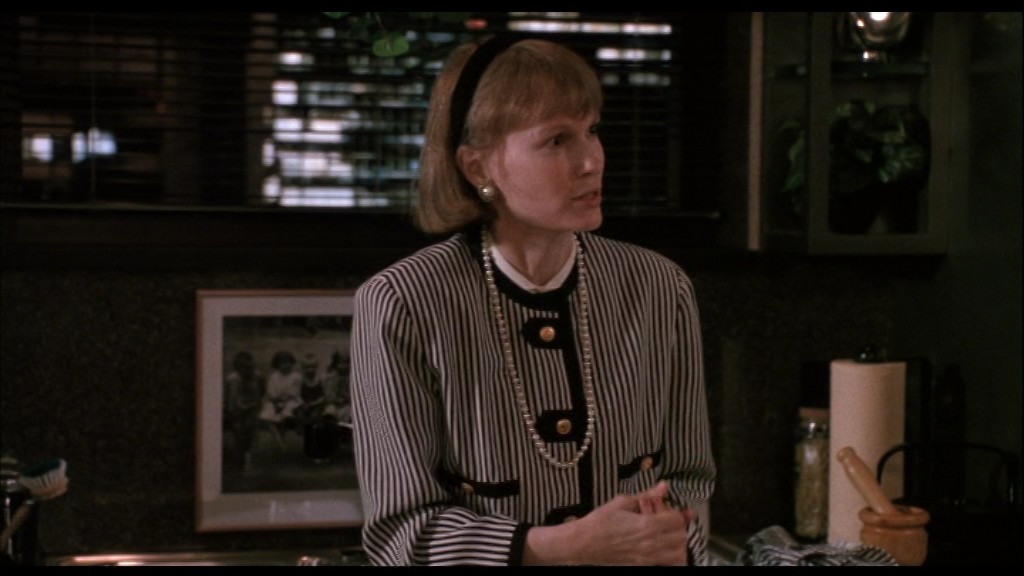 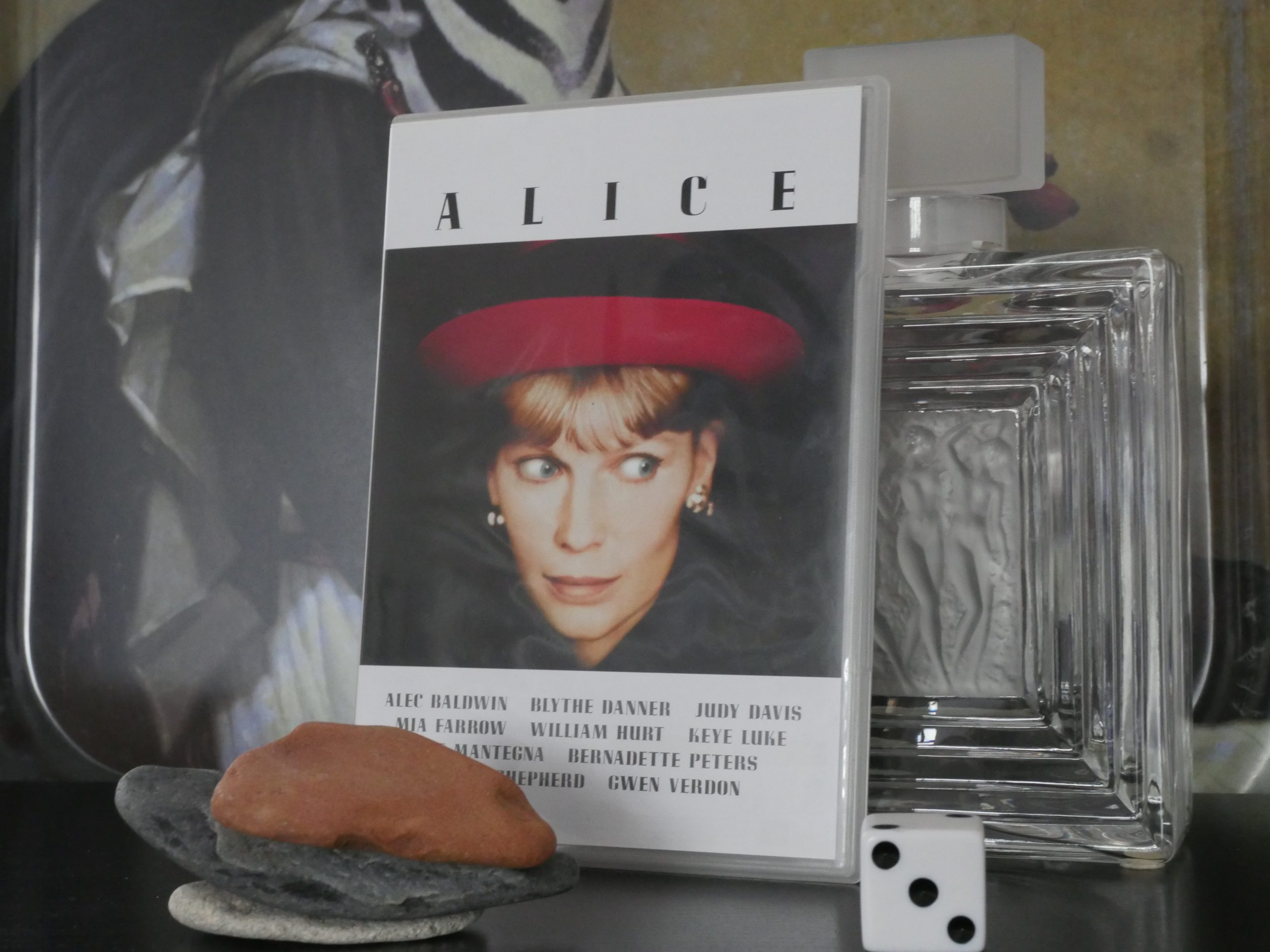 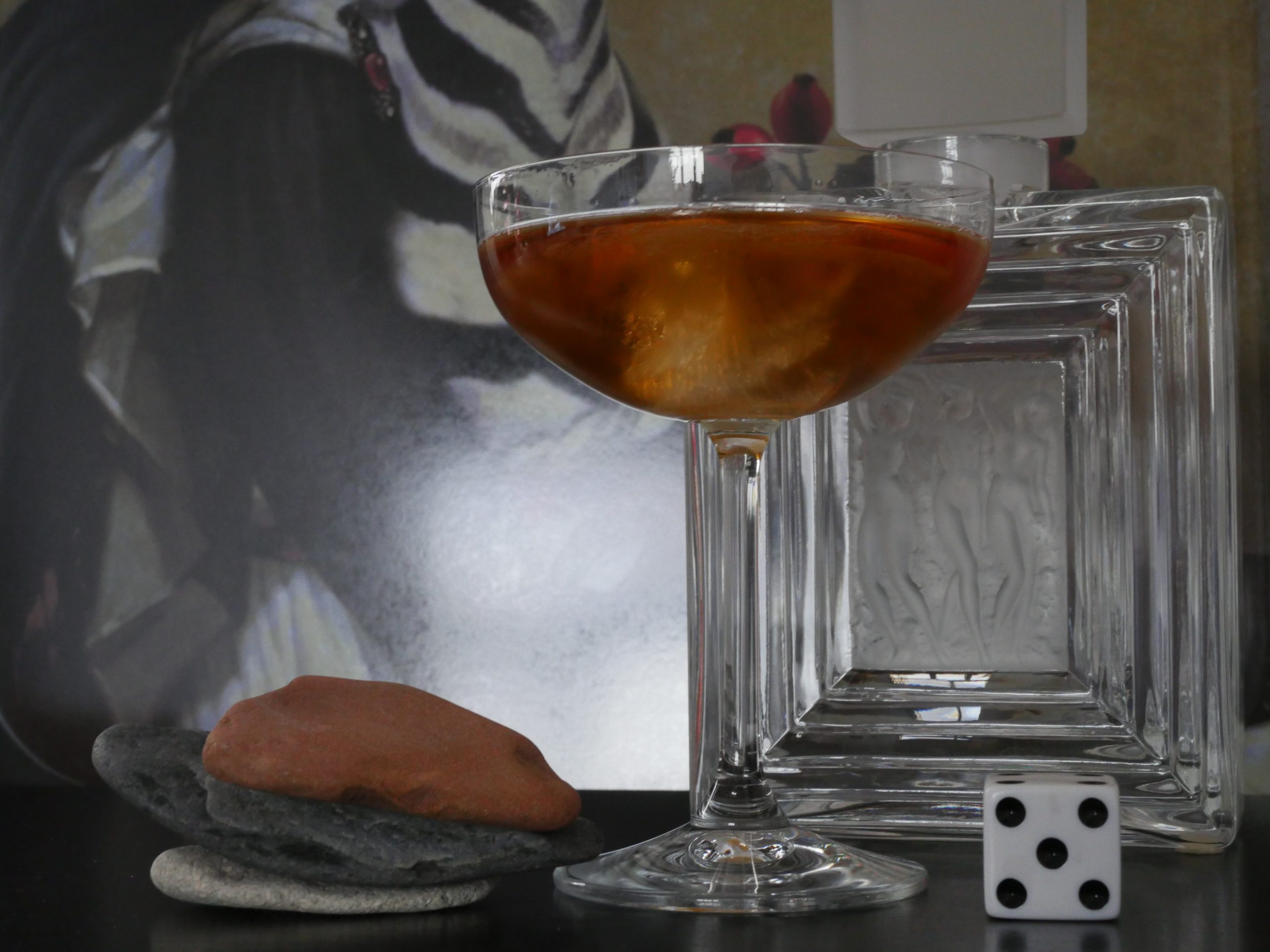 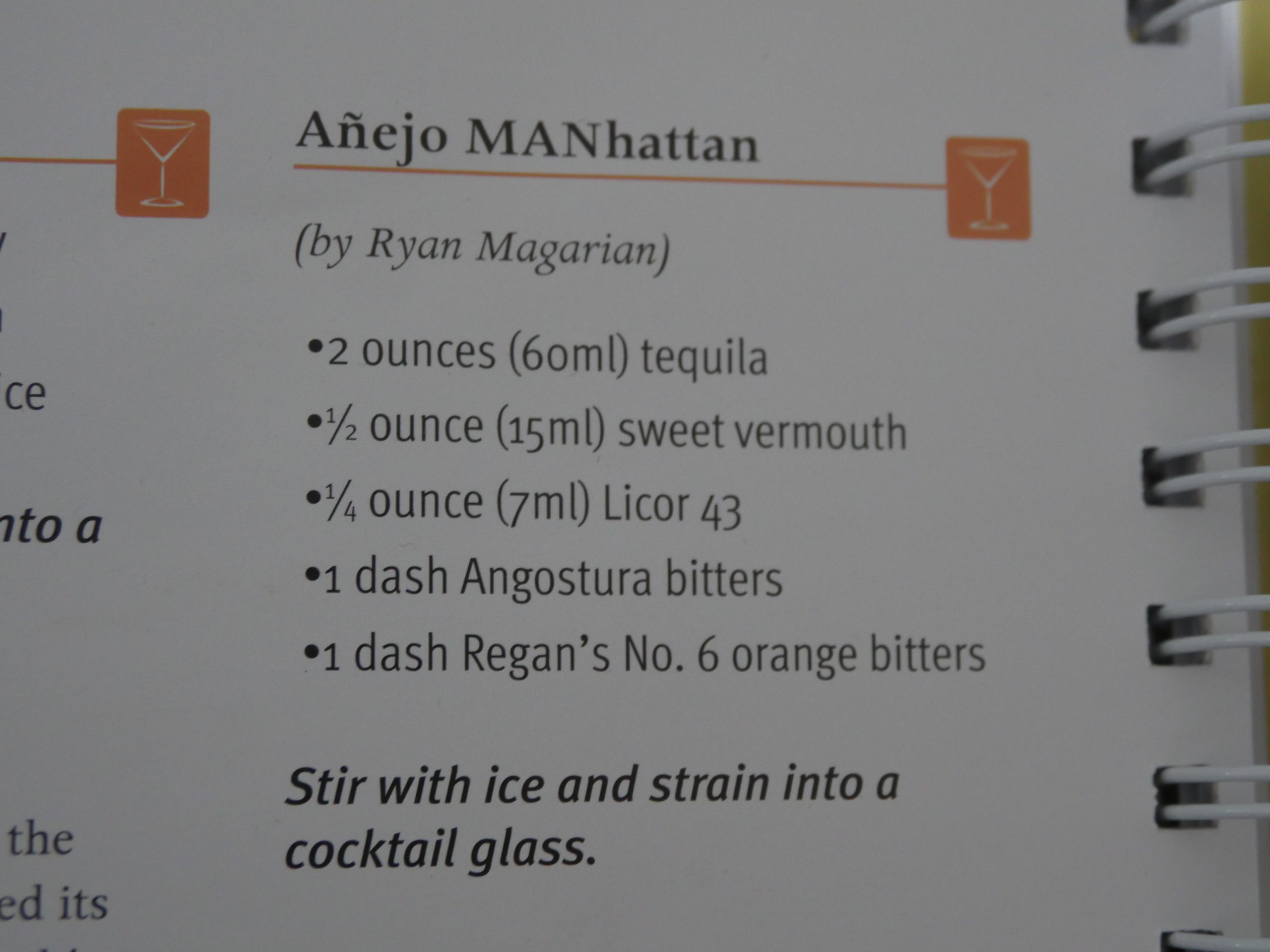 This is a Woody Allen film from after I stopped watching him (I think I stopped the year before, growing tired of watching film after film concerning the problems of rich people in Manhattan), so I’m curious as to what he’s up to now, then.

Aaaaand… it turns out to be about rich people in Manhattan.

Or is it “on Manhattan”?

But this time the Woody character is played by Mia Farrow, so that’s different. And she’s having fun mirroring his mannerisms, I think.

During the 80s I would see “William Hurt” on a DVD cover or movie poster and I’d go “yay” and then I’d be disappointed when I saw the film because I was totally thinking of John Hurt.

That feeling’s still with me: Even if William Hurt is a good actor, I’m always disappointed on some level when he appears on the screen.

I do like Mia Farrow in this, though. I don’t believe in her character, but she’s entertaining to watch. But Allen isn’t good with actors: None of them are convincing.

I find myself wanting to like this more than I am, and I’m also thinking that I was right to abandon Woody Allen when I did.