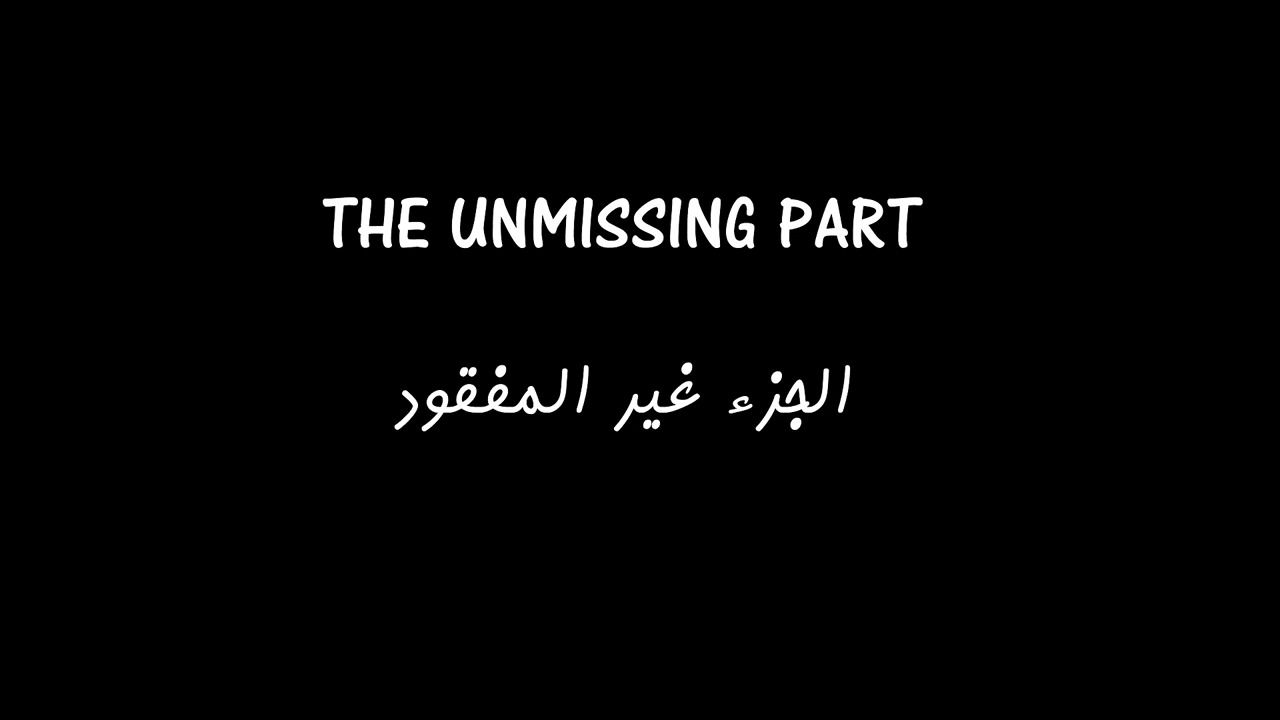 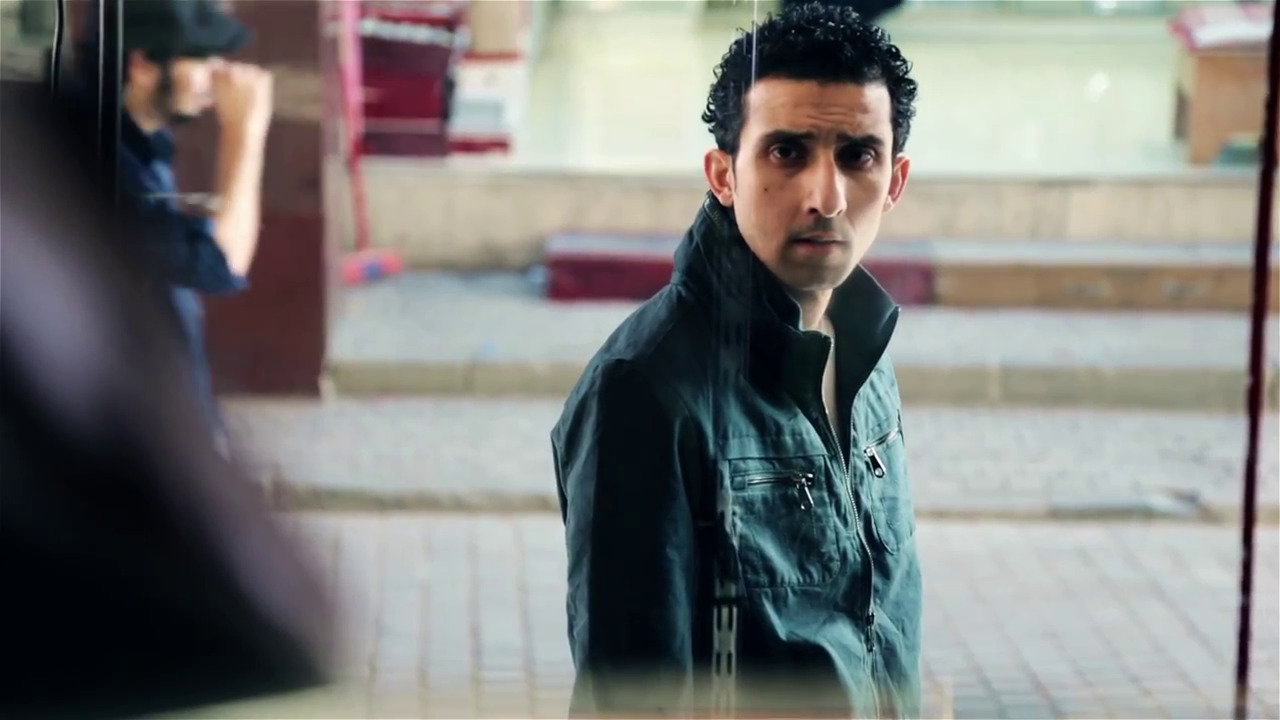 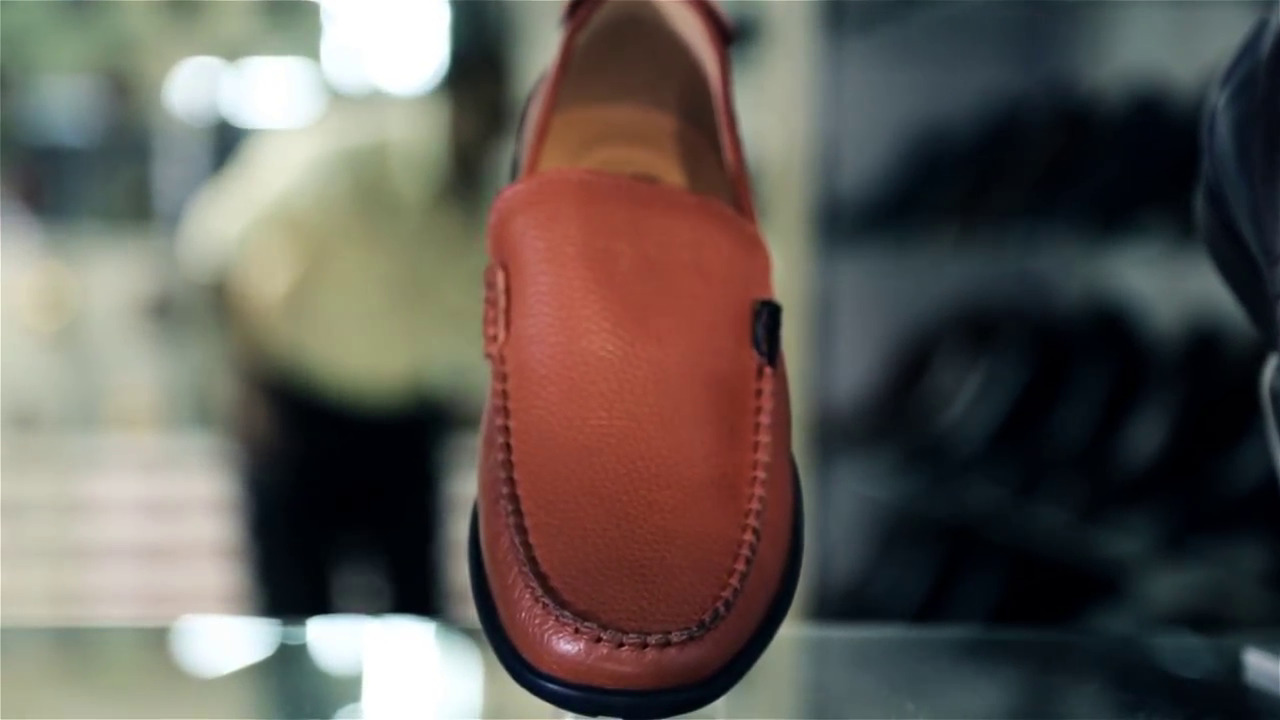 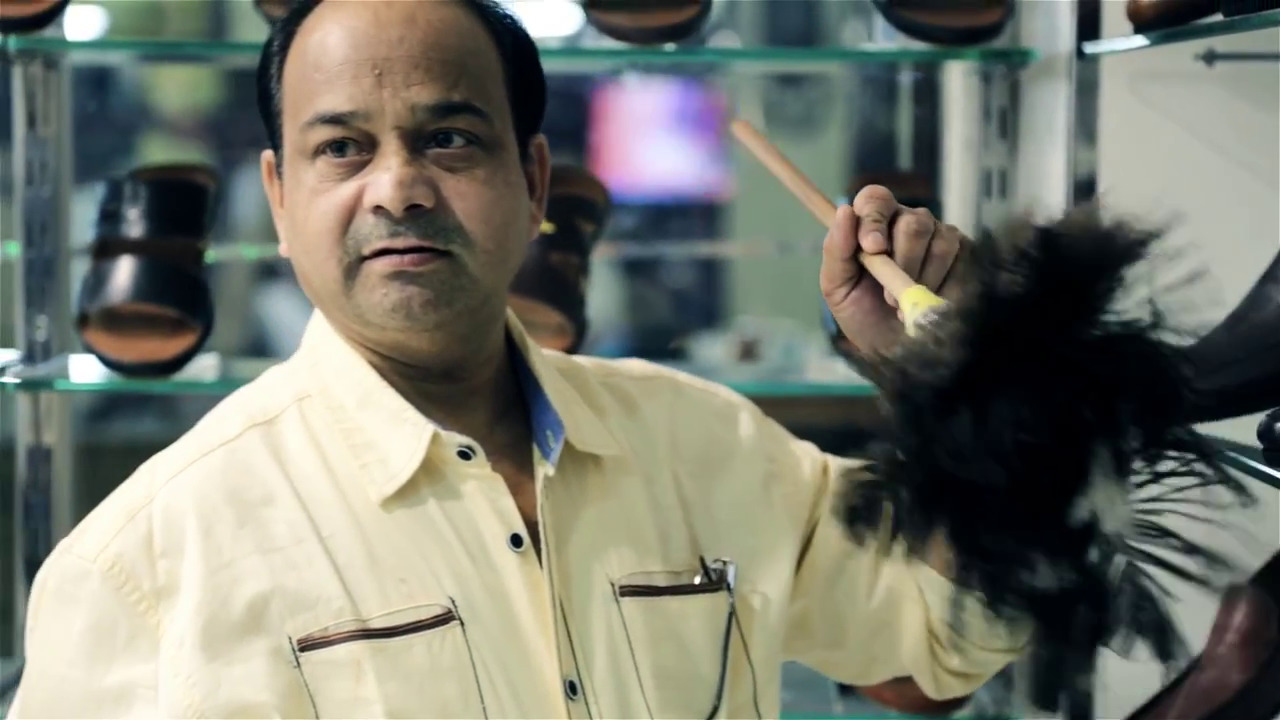 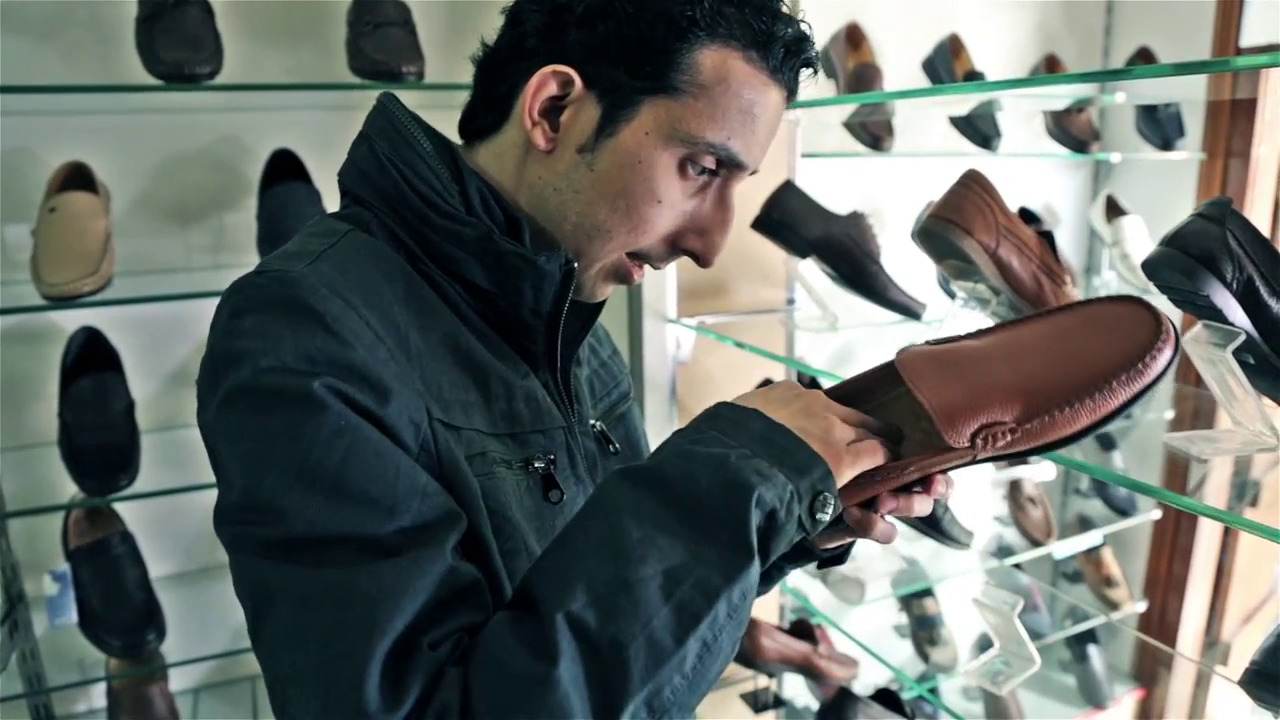 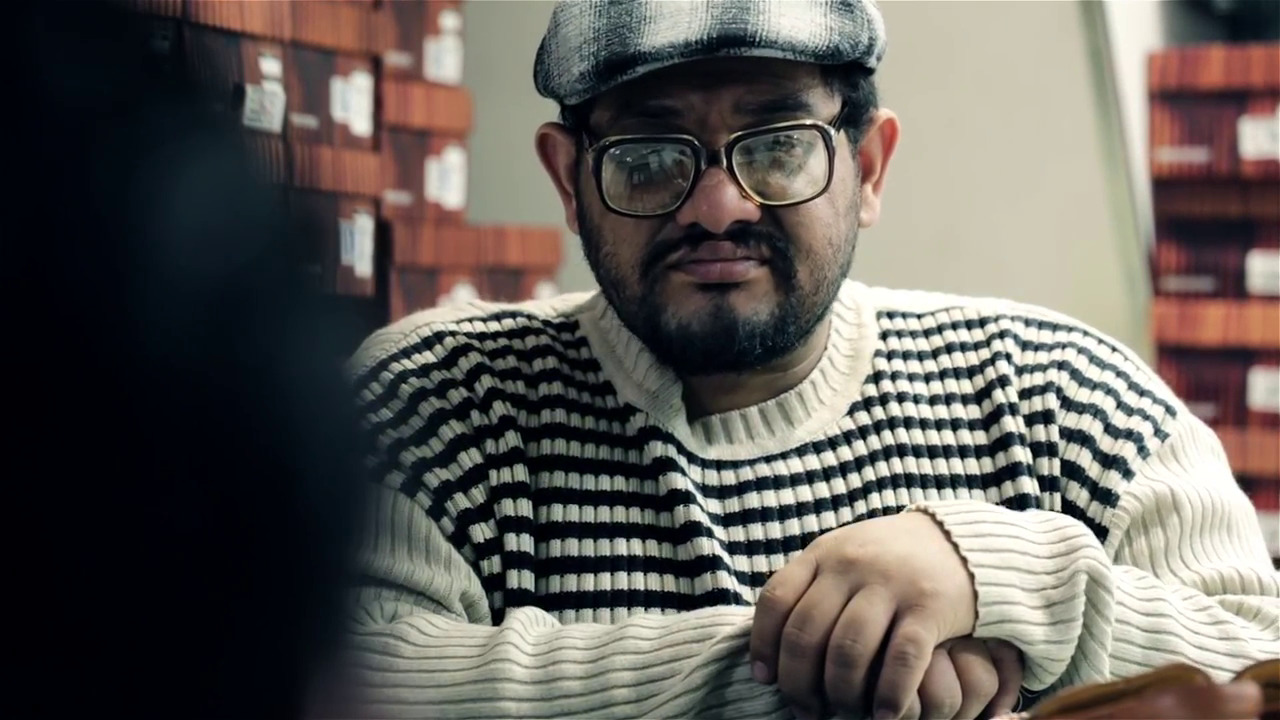 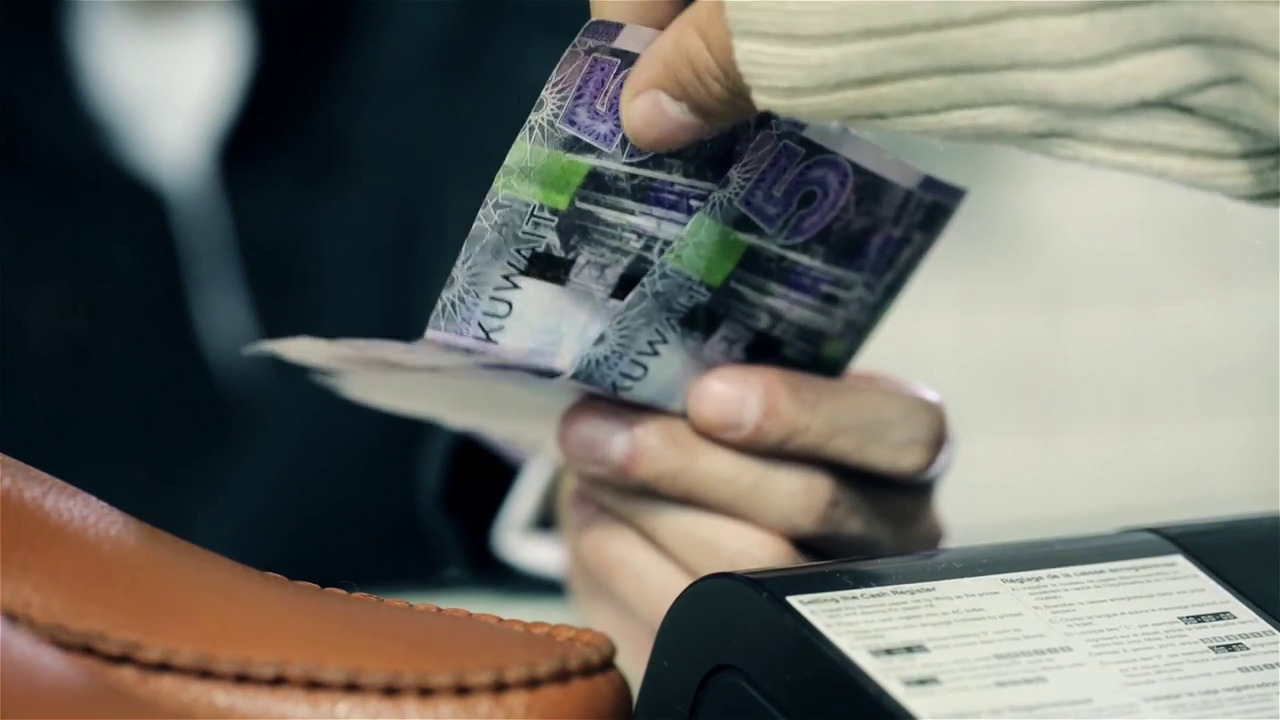 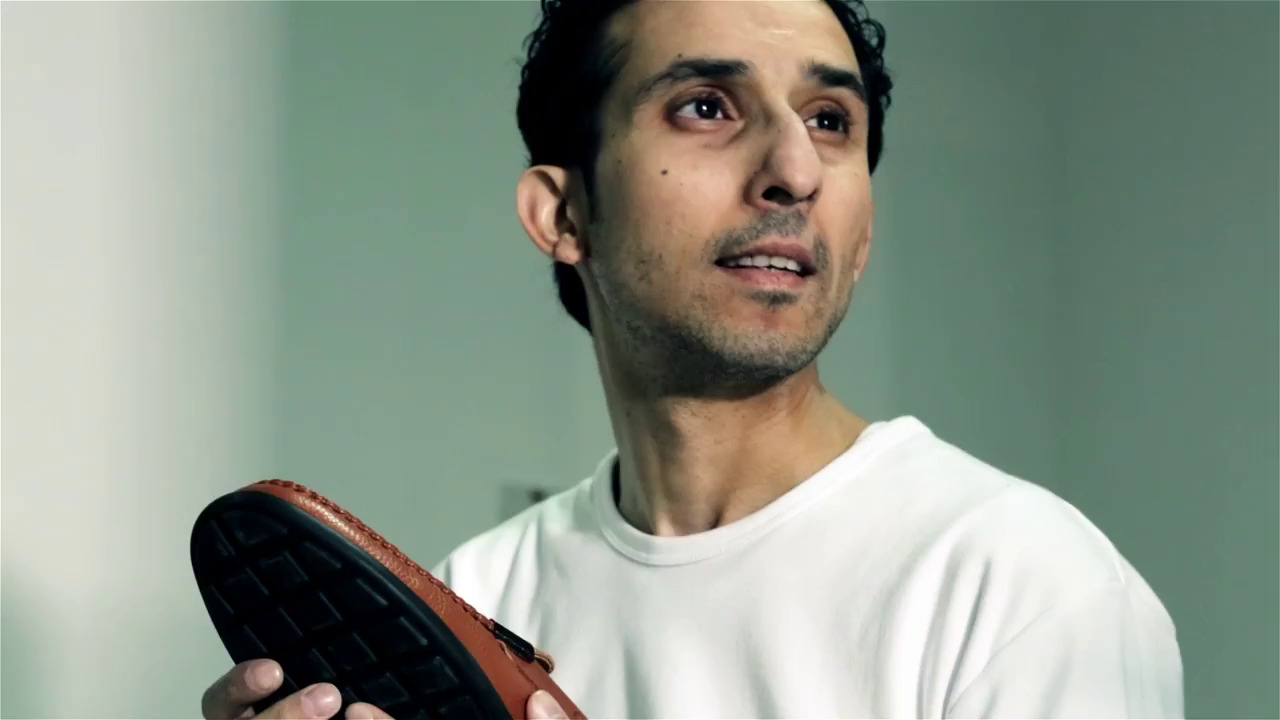 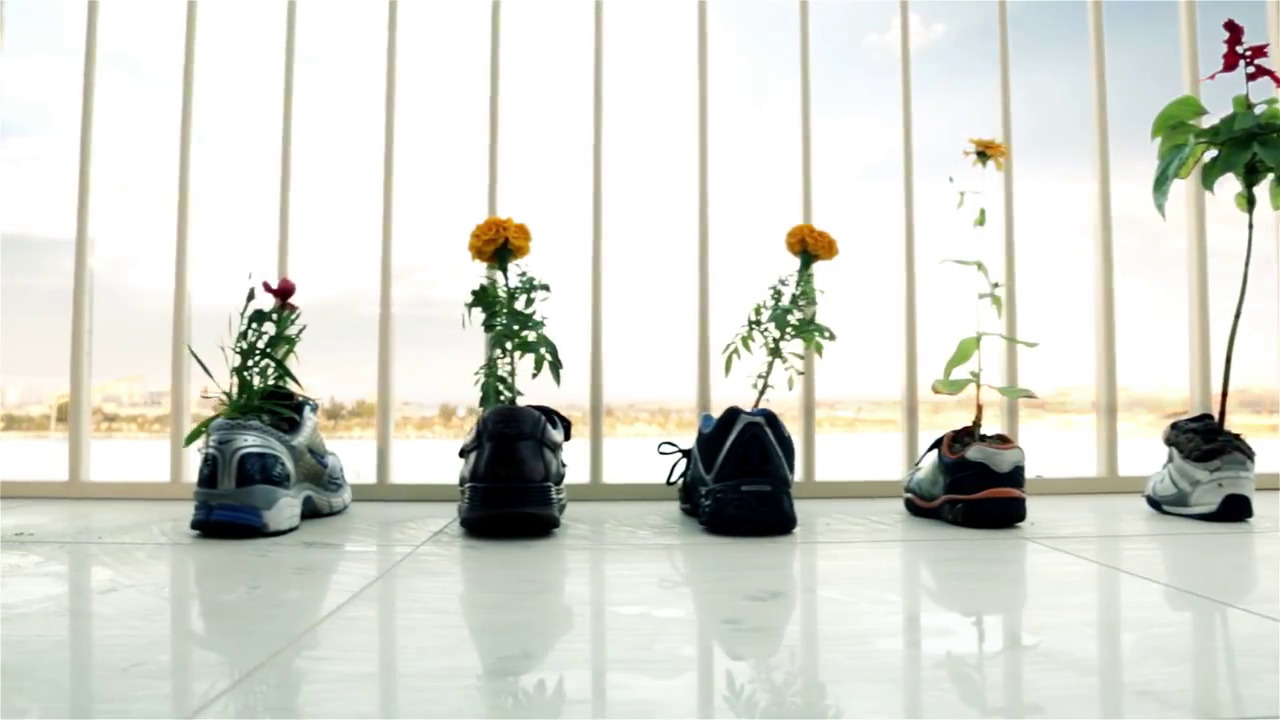 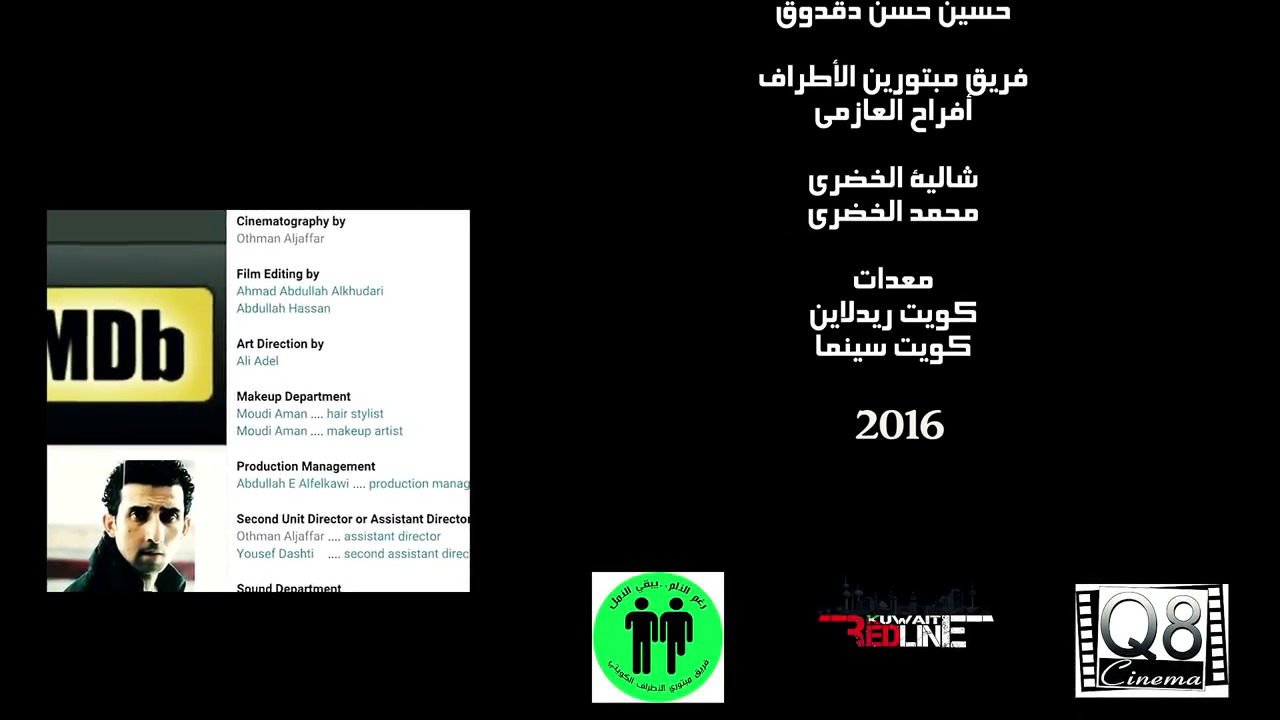 This one, on the other hand… The first sip isn’t. 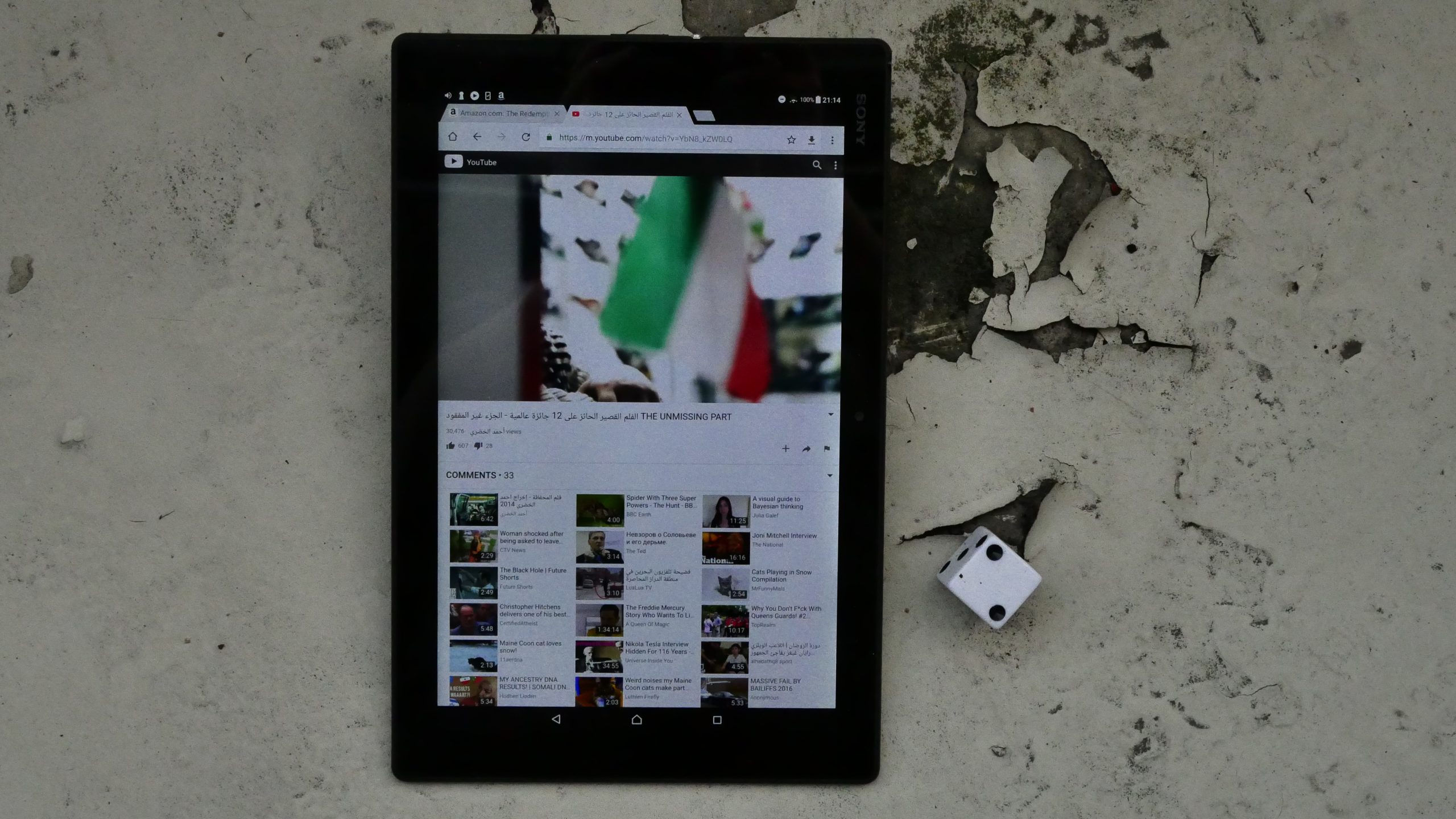 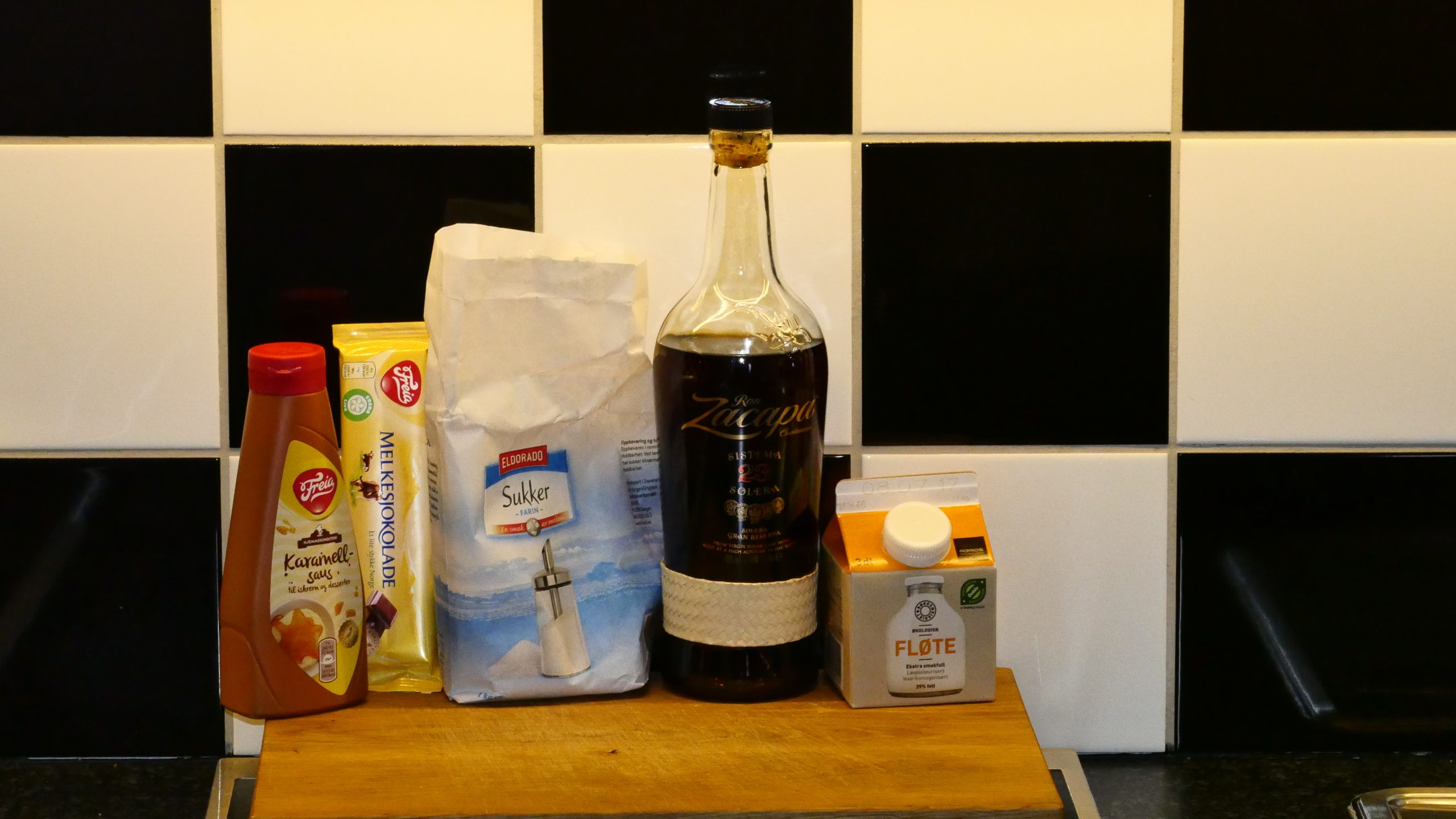 Dissolve the chocolate in water. Add cream. Allow to cool off. Meanwhile, whip cream with sugar. Swirl in the caramel sauce. Meanwhile meanwhile, add rum to the chocolate, and fold in the cream/caramel lightly.

It looks disgusting, but it’s rather good. At least the first couple of sips. 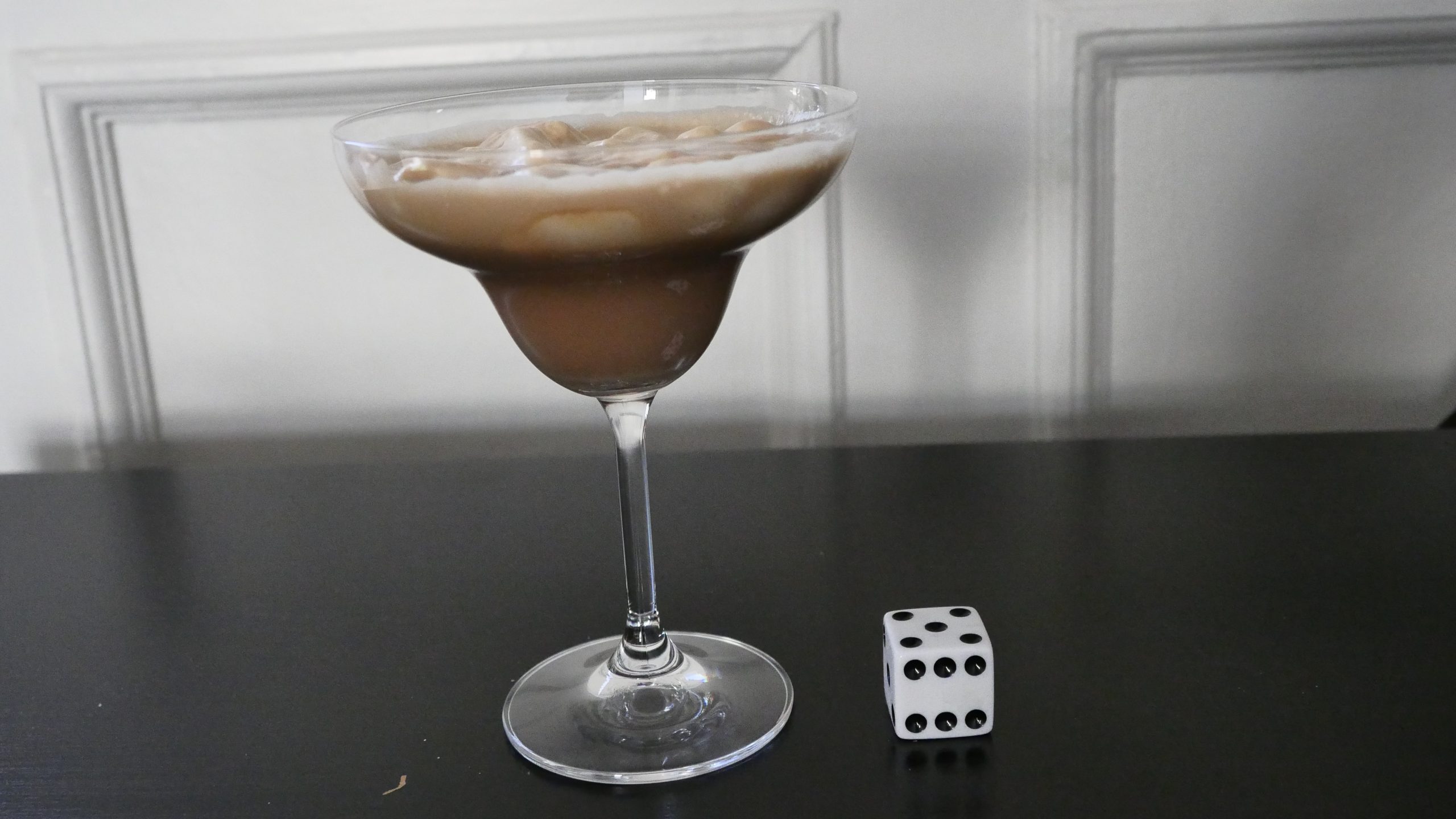