I tried getting 4K @ 60Hz using Intel built-in graphics, and I failed miserably.

Rather than spend more days on that project (yes, this is the year of Linux on the TV, I Mean Desktop), I bought a low-profile Nvidia card, since there are several people on the interwebs that claim to have gotten that to work. 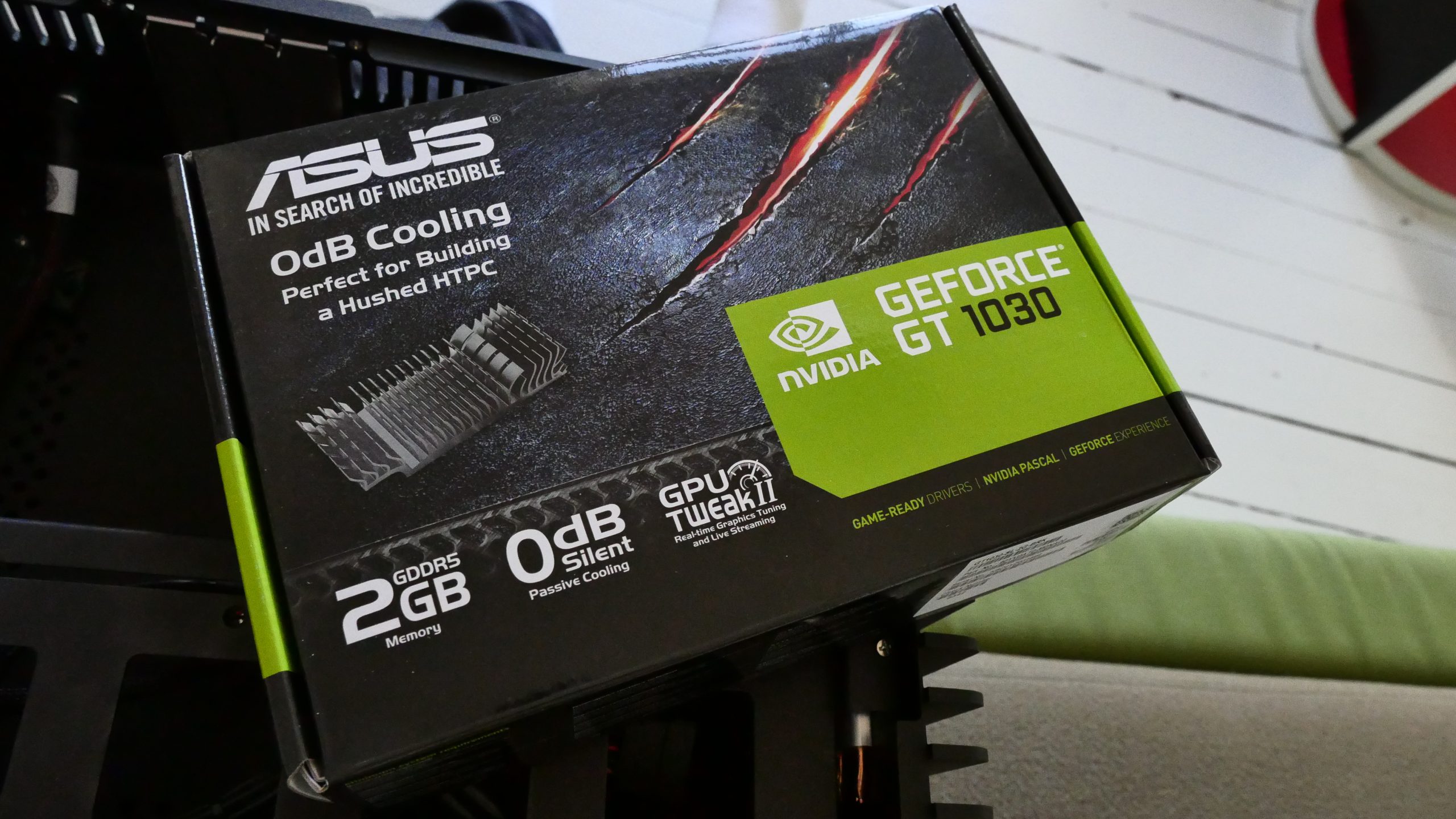 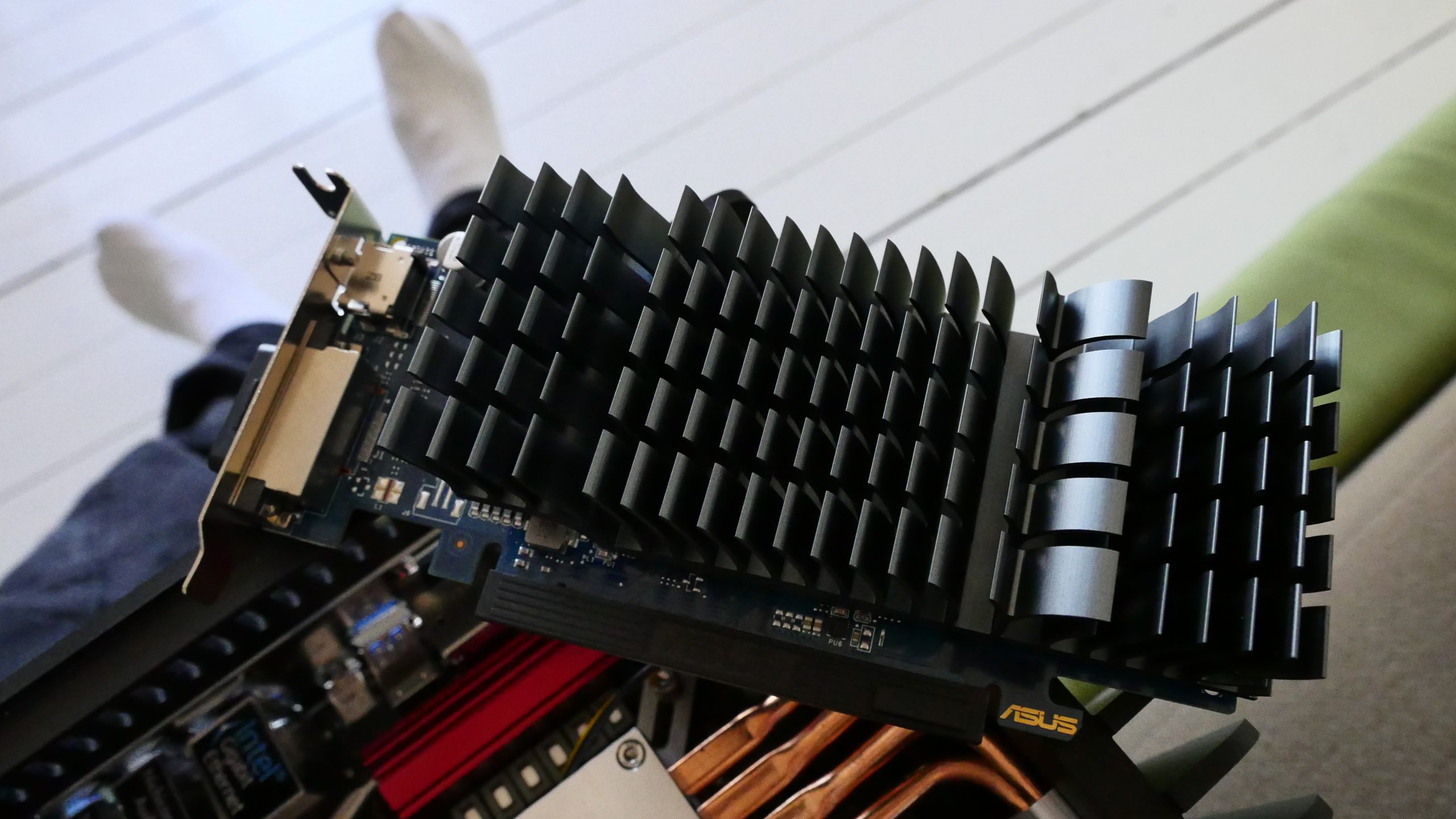 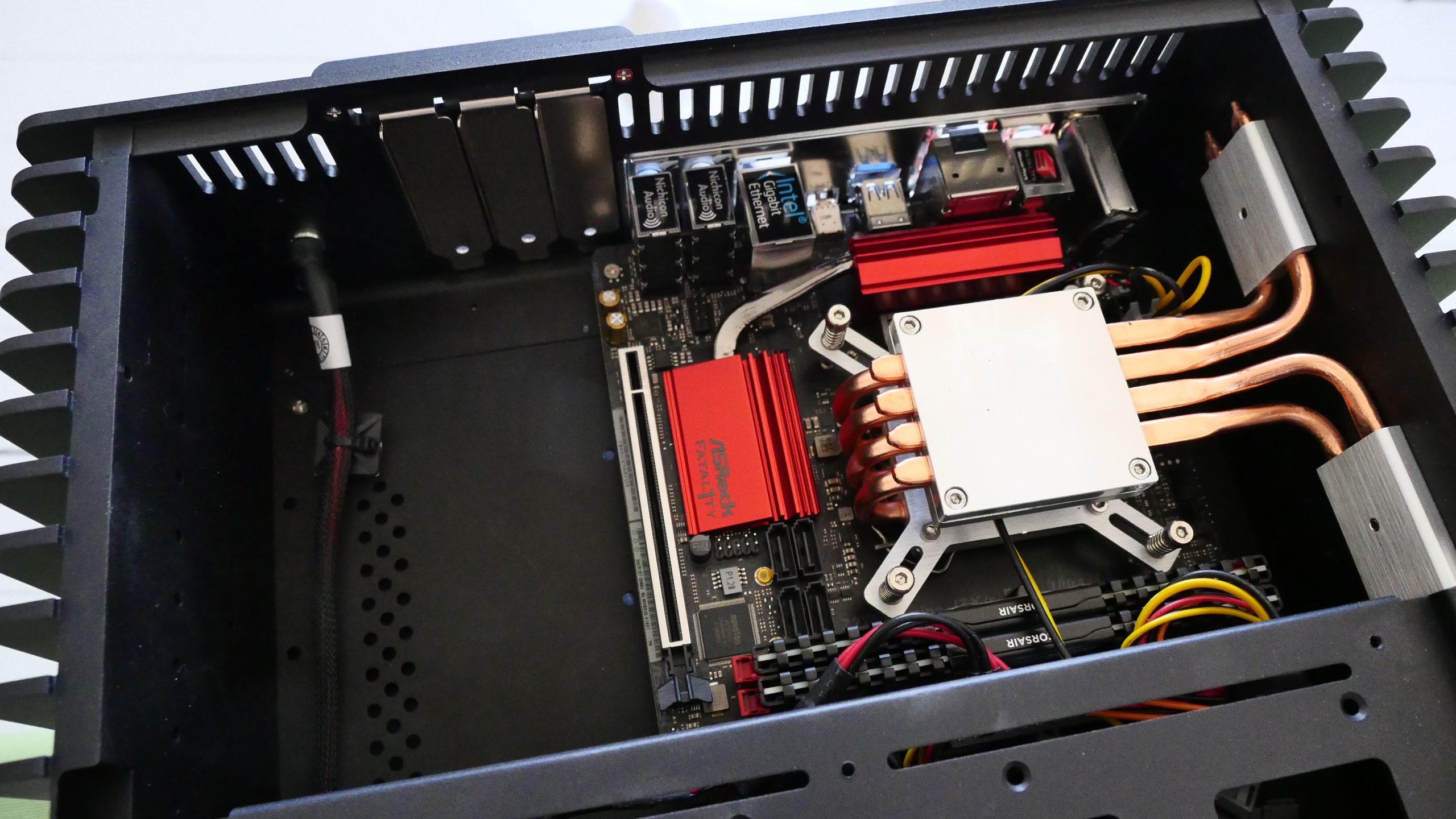 However, that’s not really a problem in this media computer: Lots and lots of space for it to spread itself out over. Just one PCI Express slot, though. 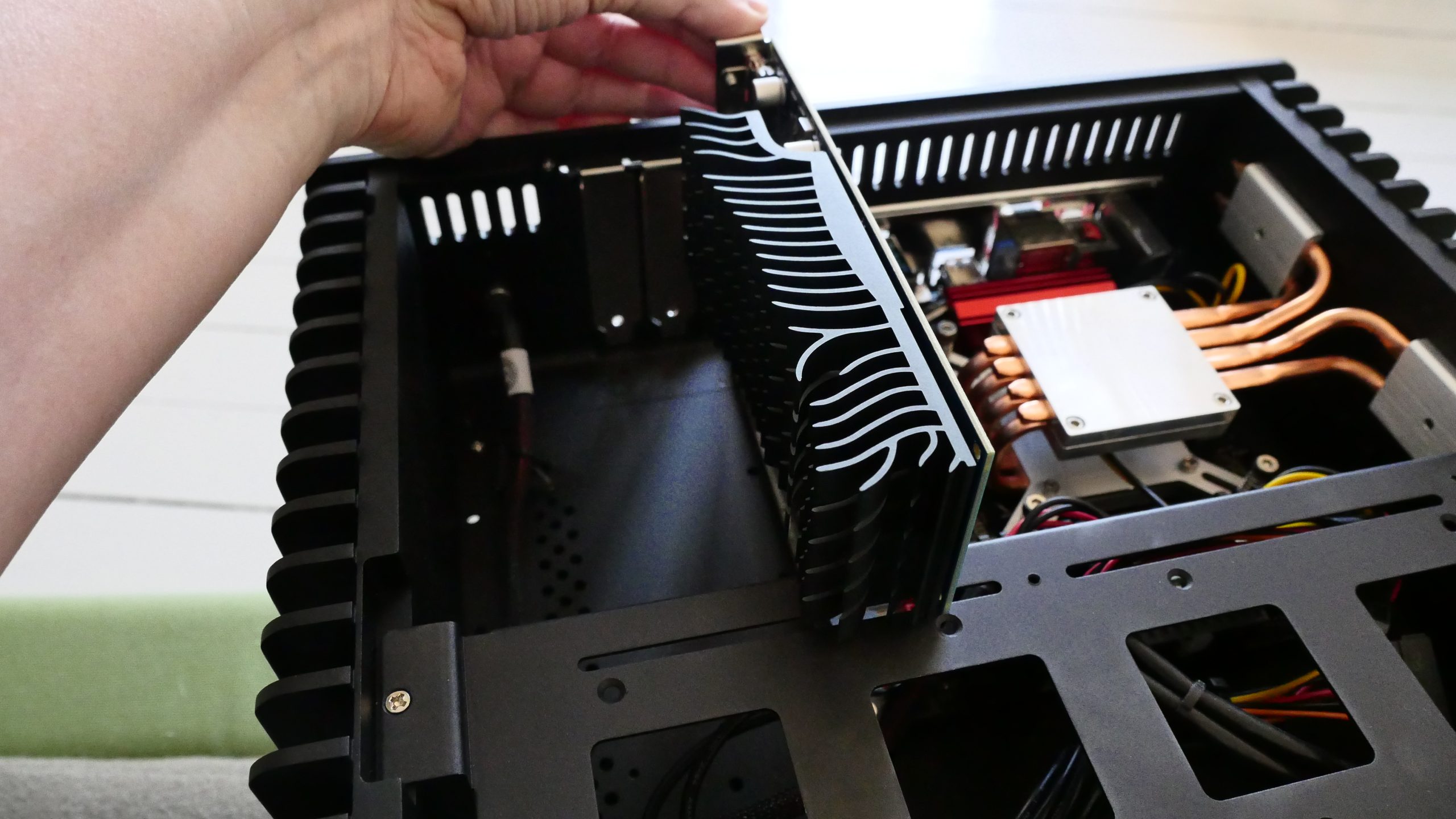 But it’s on the long side: If I had any hard disks installed in this machine, I would have had to get creative. Instead I just removed that HD tray thing. 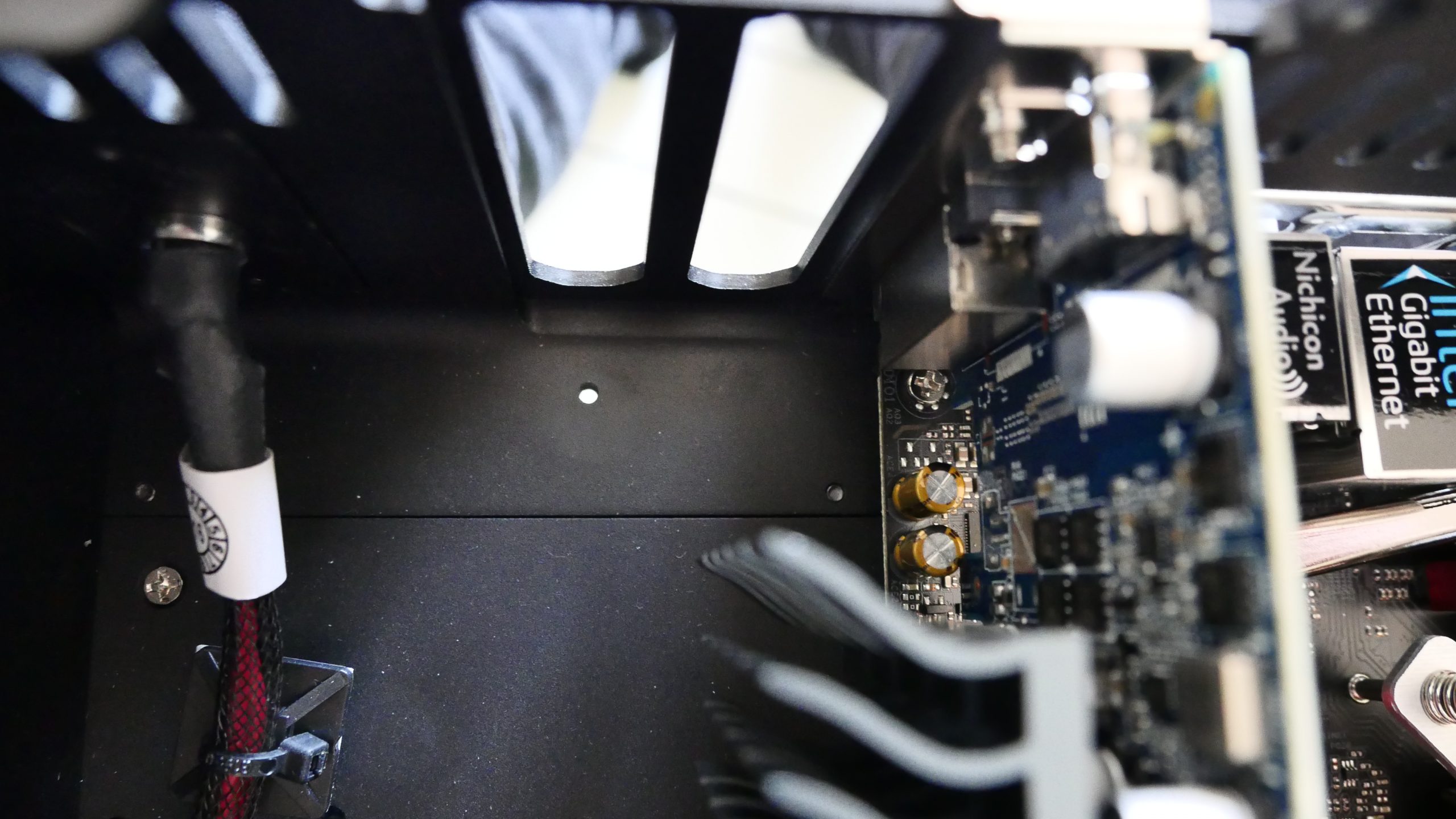 But! There’s two … capacitors down there where the PCI Express “key” thing. Like just quarter millimetre too much to the right… 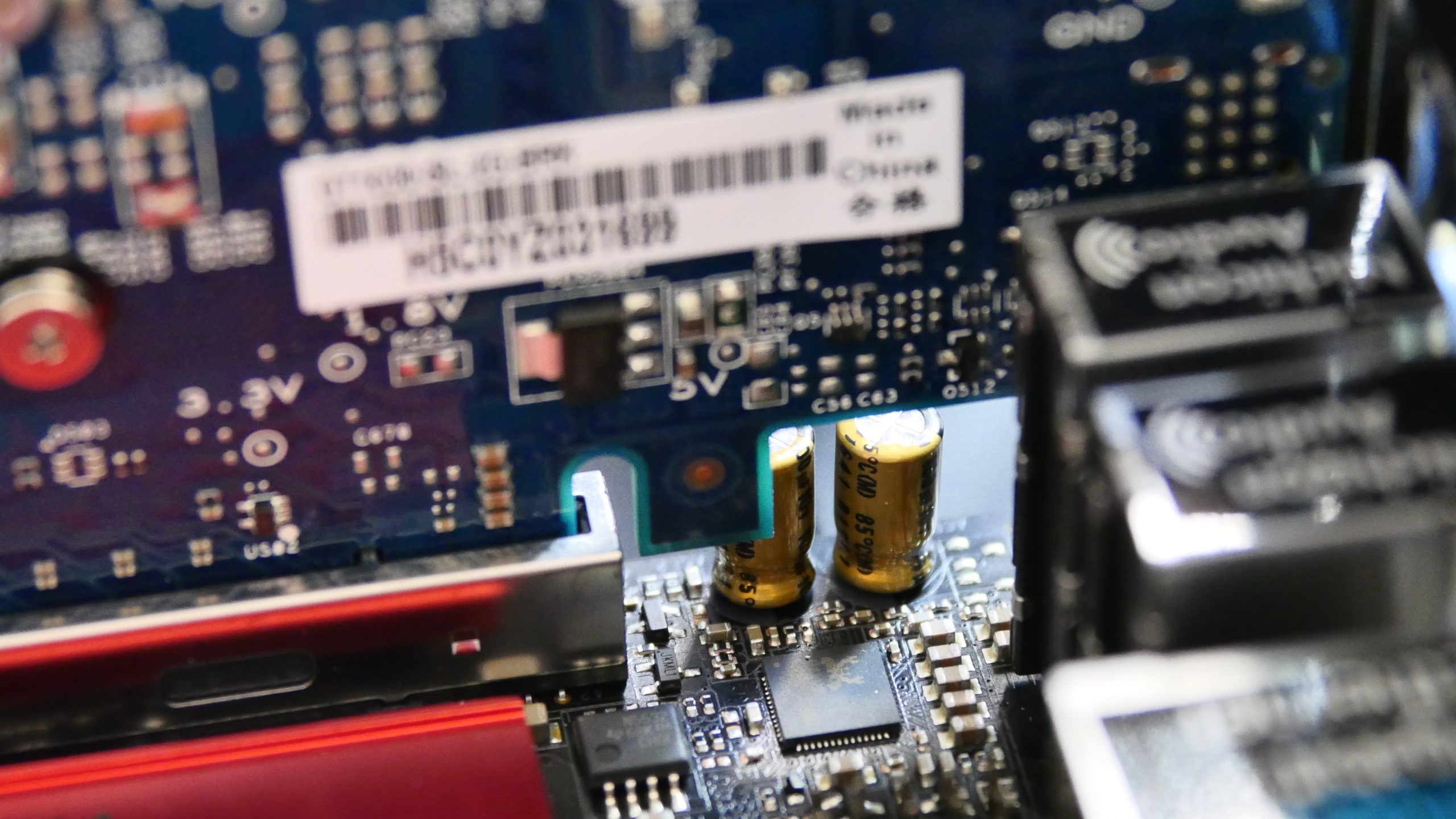 I bent them ever so gently over and I managed to get the card in. How utterly weird. 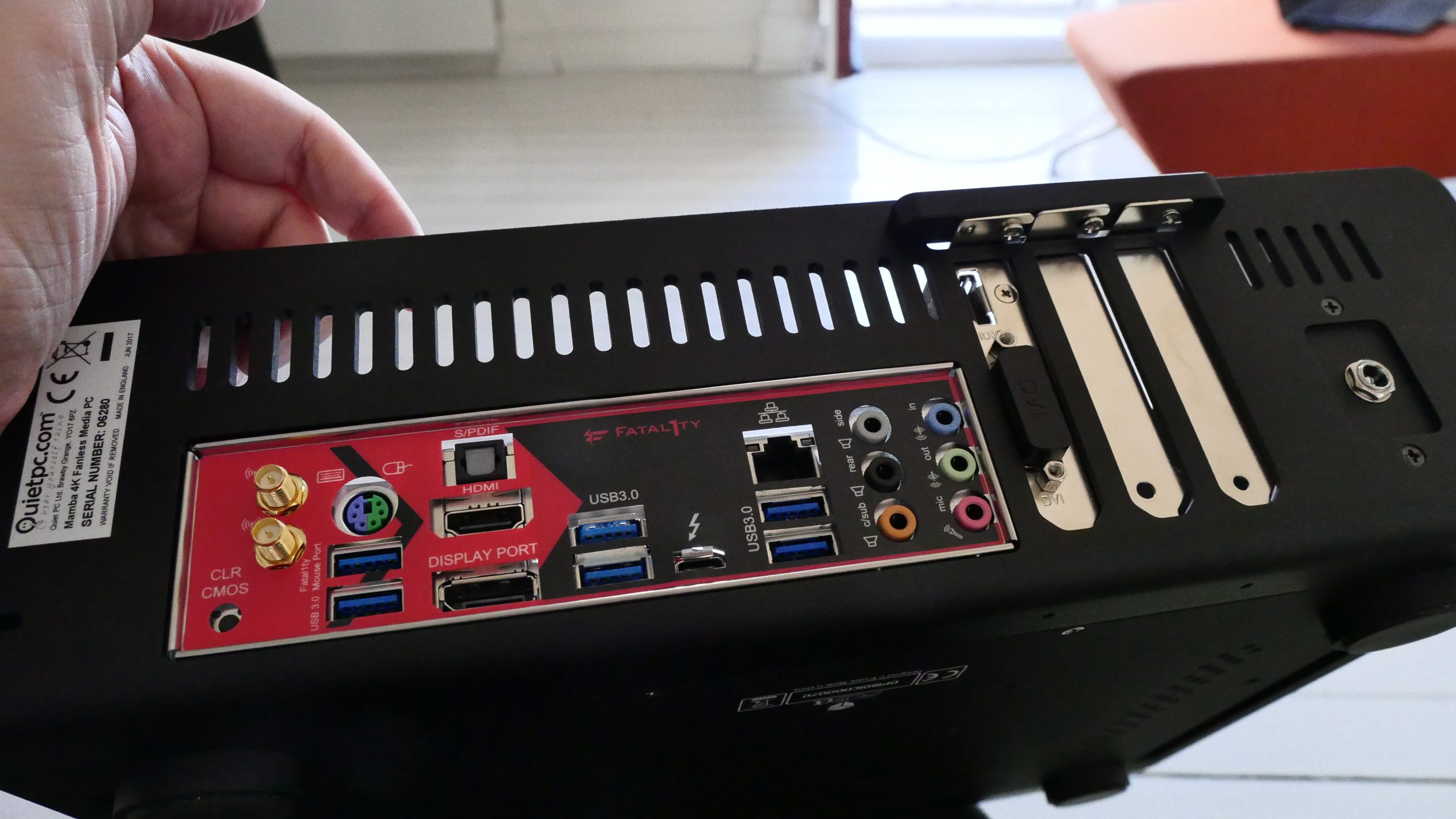 Anyway: Mission complete. This card has a DVI plug in addition to the HDMI, but I’m not going to use that, so I just left it with the protective rubber. 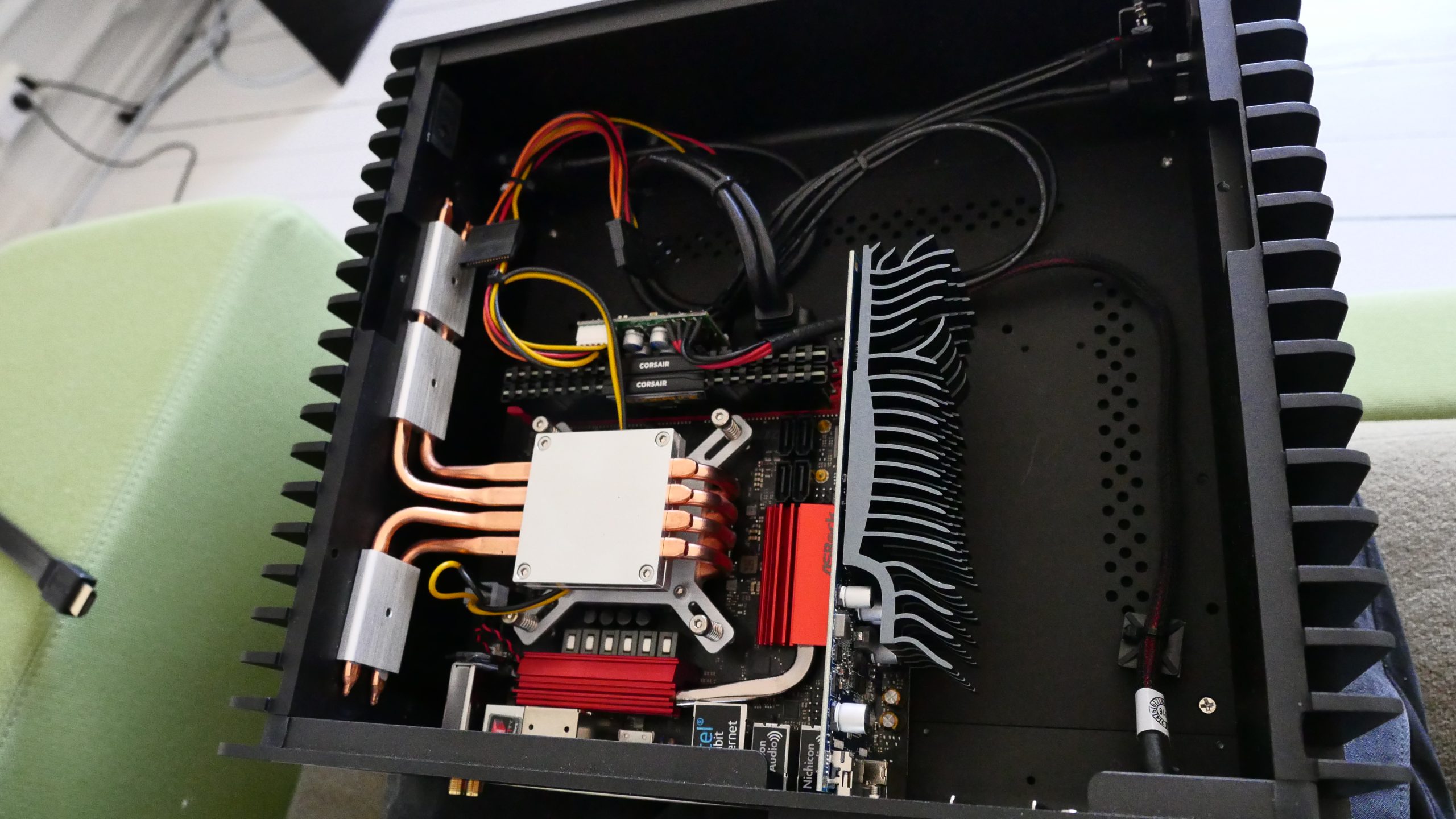 See? Lots of space. Of course, it would have been better to remove the cooler completely and hook it up via heat pipes to the chassis, but… that’s like work.

But did this solve my problems? After installing Nvidia’s proprietary drivers (apparently Nouveau doesn’t support the GT 1030 yet, since it’s a Kepler card)… 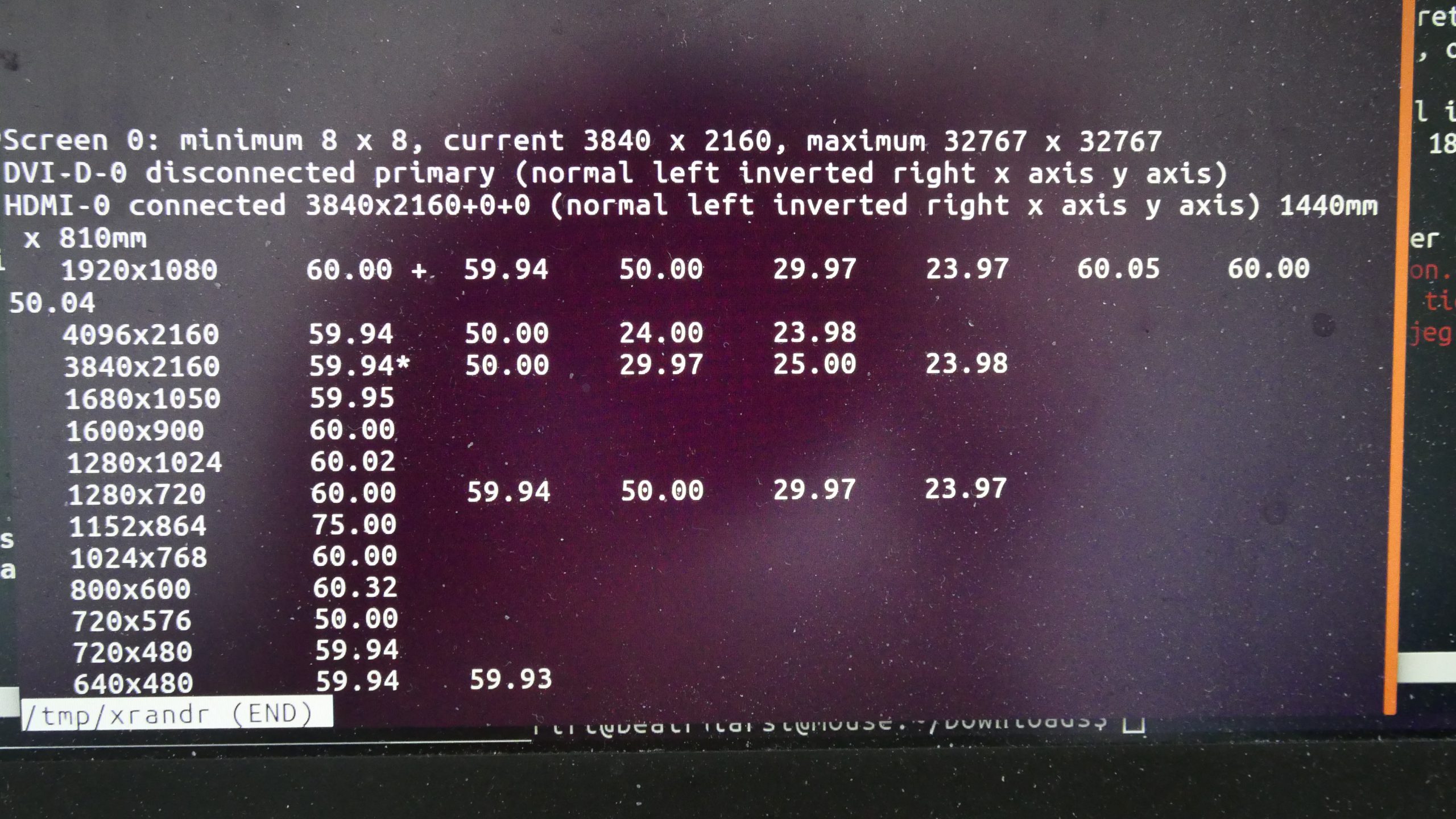 Of course, I have no 4K material on my computer, so the only thing that’s actually in 4K now is my Emacs-based movie interface. Here’s whatsername from Bewitched in 2K: 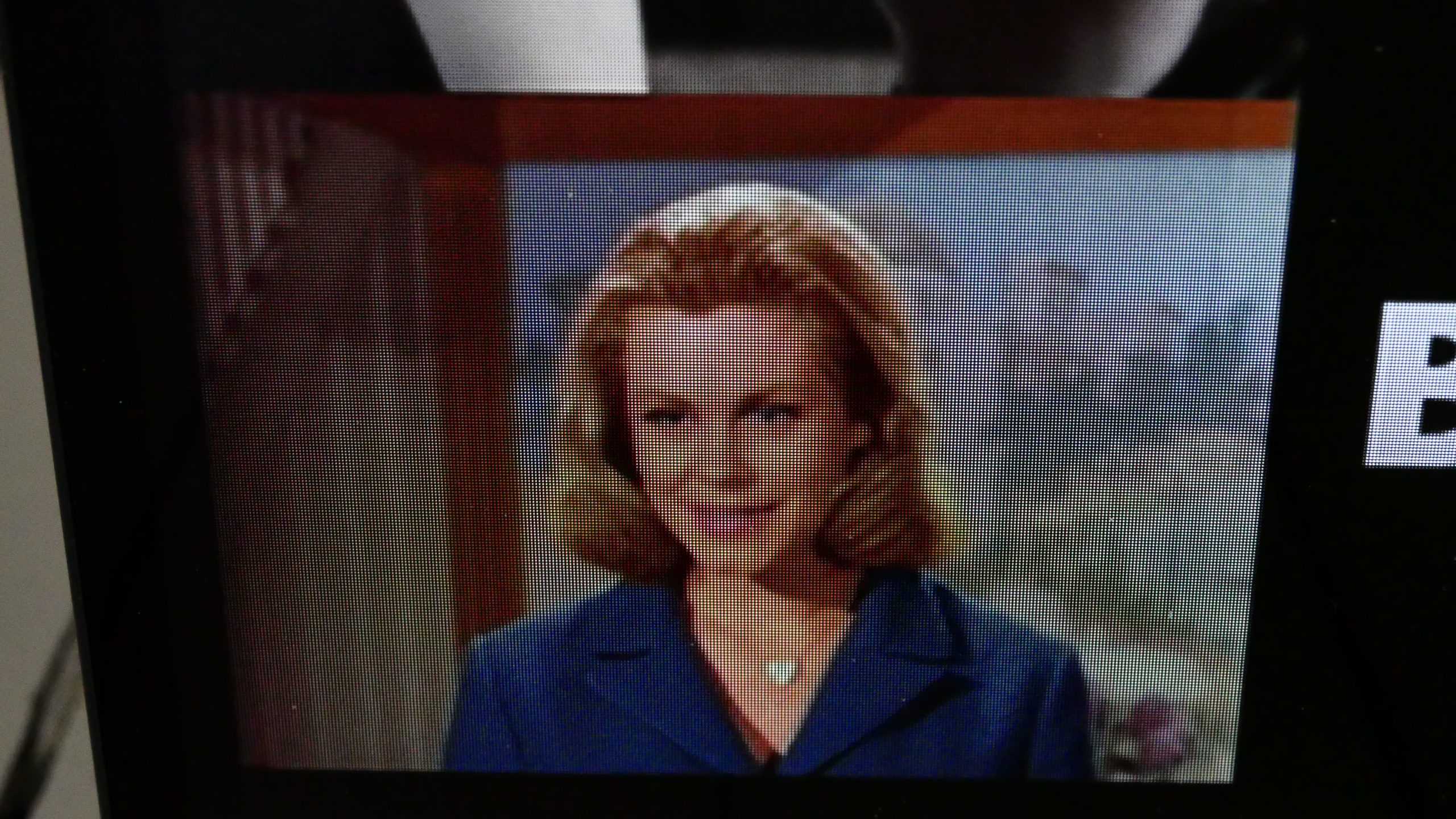 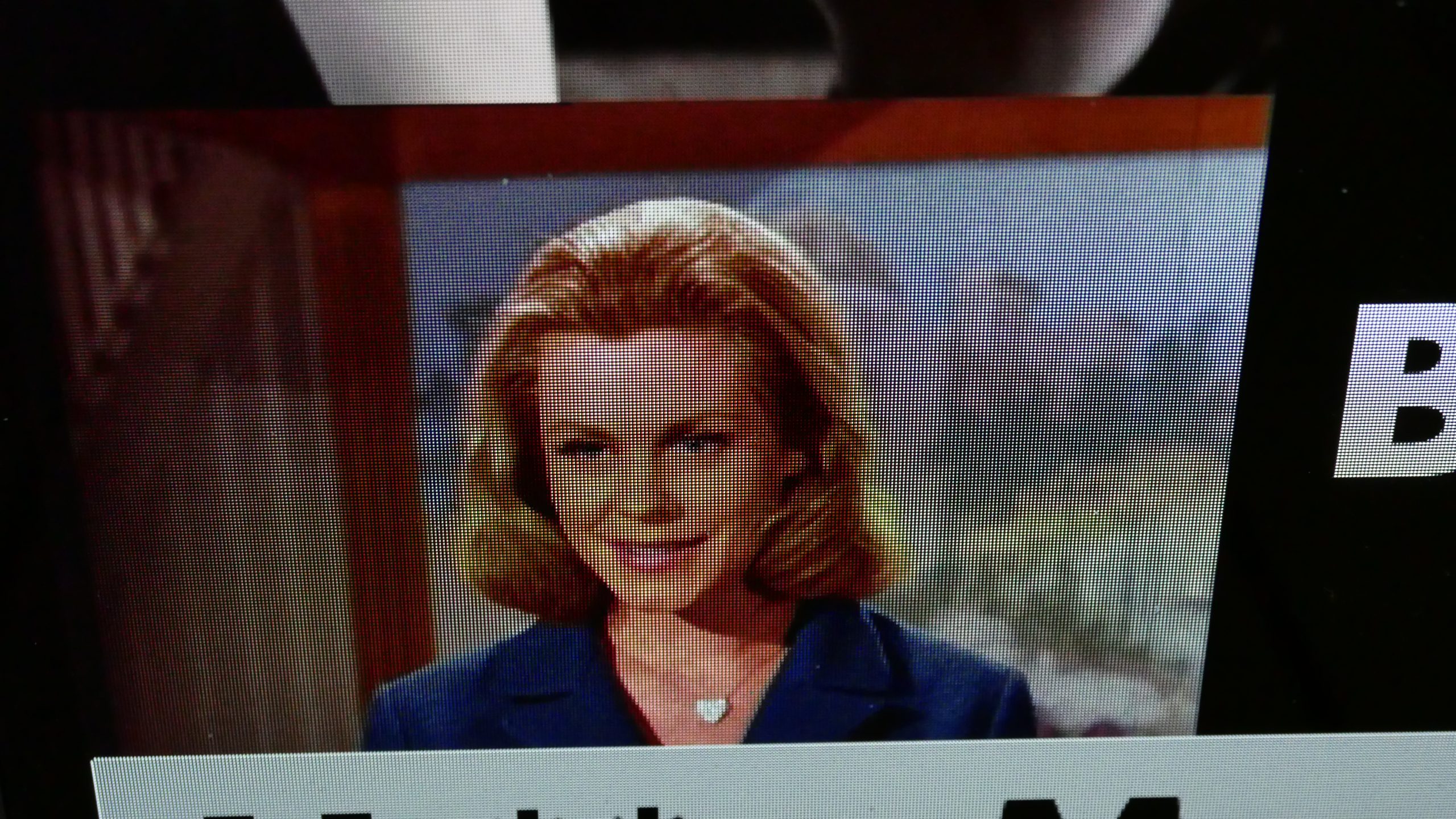 (Let’s pretend that the entire difference isn’t in the different moire patterns!) 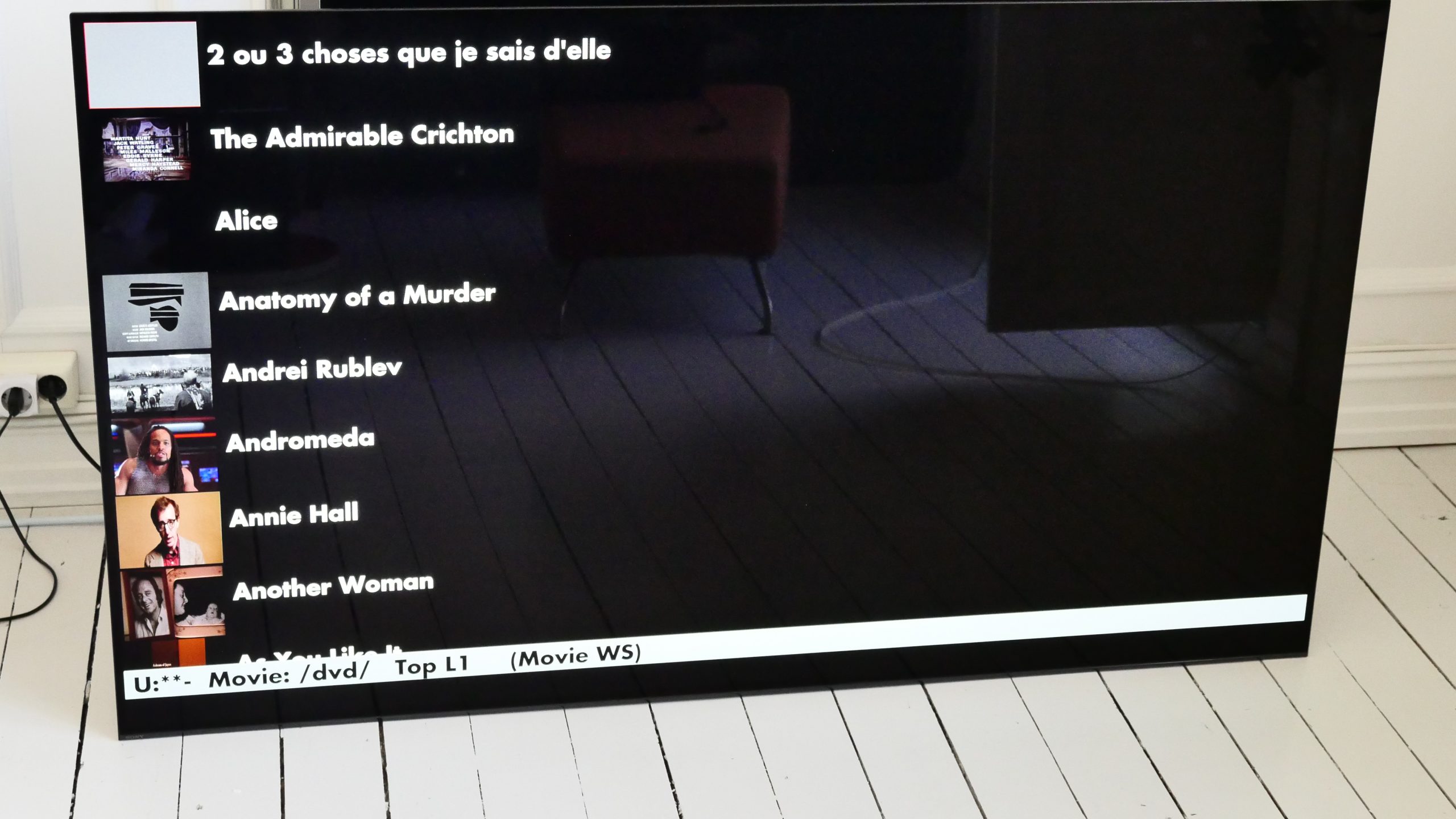 And the Futura looks much better in 4K too, right?

This was all worth it.