I’ve been trying to get more walking in lately, but walking is boring. To keep parts of the brain entertained, I thought it might be nice to listen to radio theatre stuff, and it is.  Nice, that is.

The great thing about plays instead of music is that it’s fine just listening with one ear (literally), so I’ve been trying to find bluetooth ear plugs that are hassle free and work without the other one of the pair nearby. 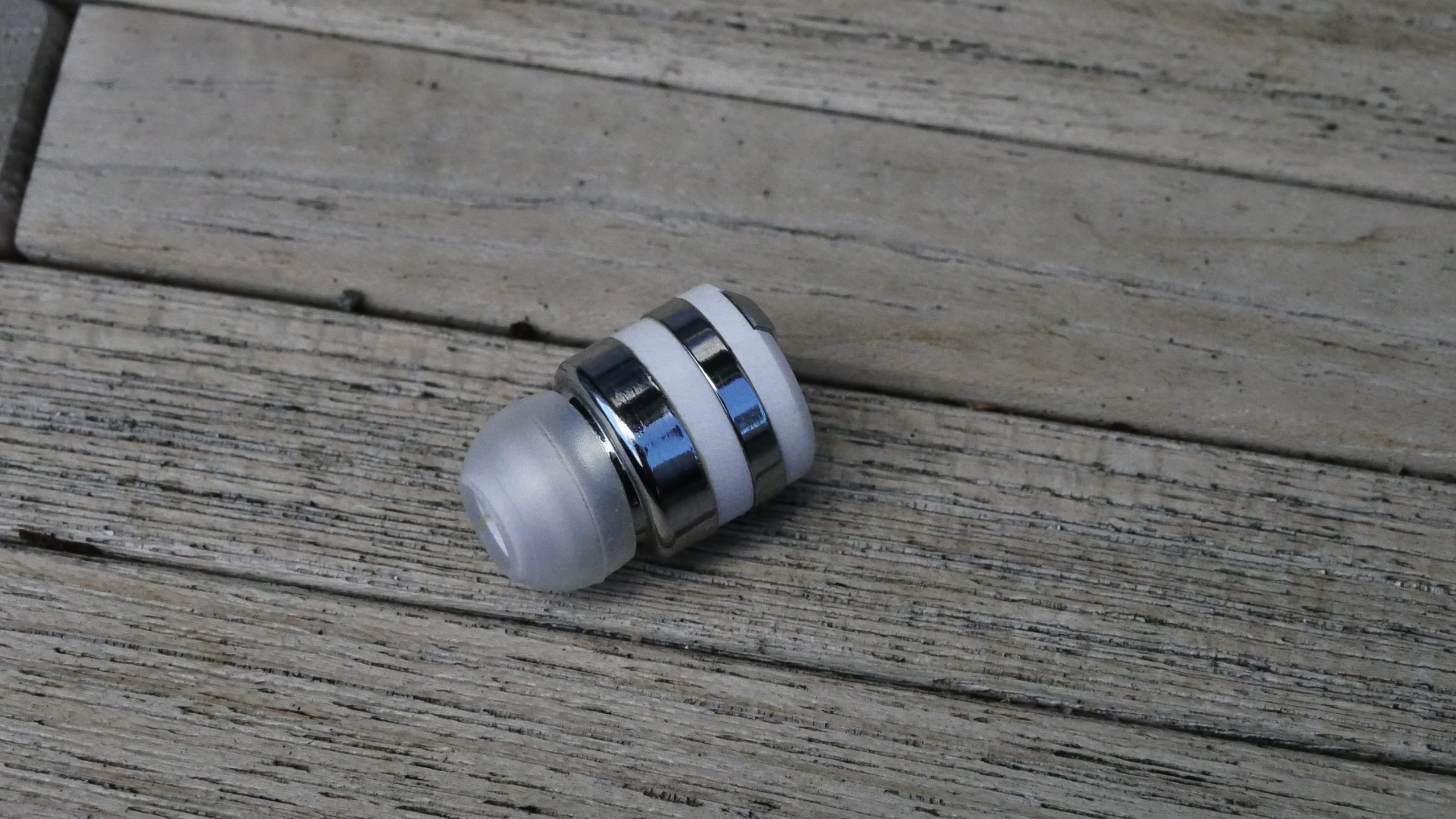 After trying a number of different plugs, I finally found this one: It’s a Rowkin Mini Plus+. (Gotta love that name.) While you can buy two of them and use them in a more normal stereo configuration, you can also buy just one.

Hm, that picture doesn’t really show how small these are… 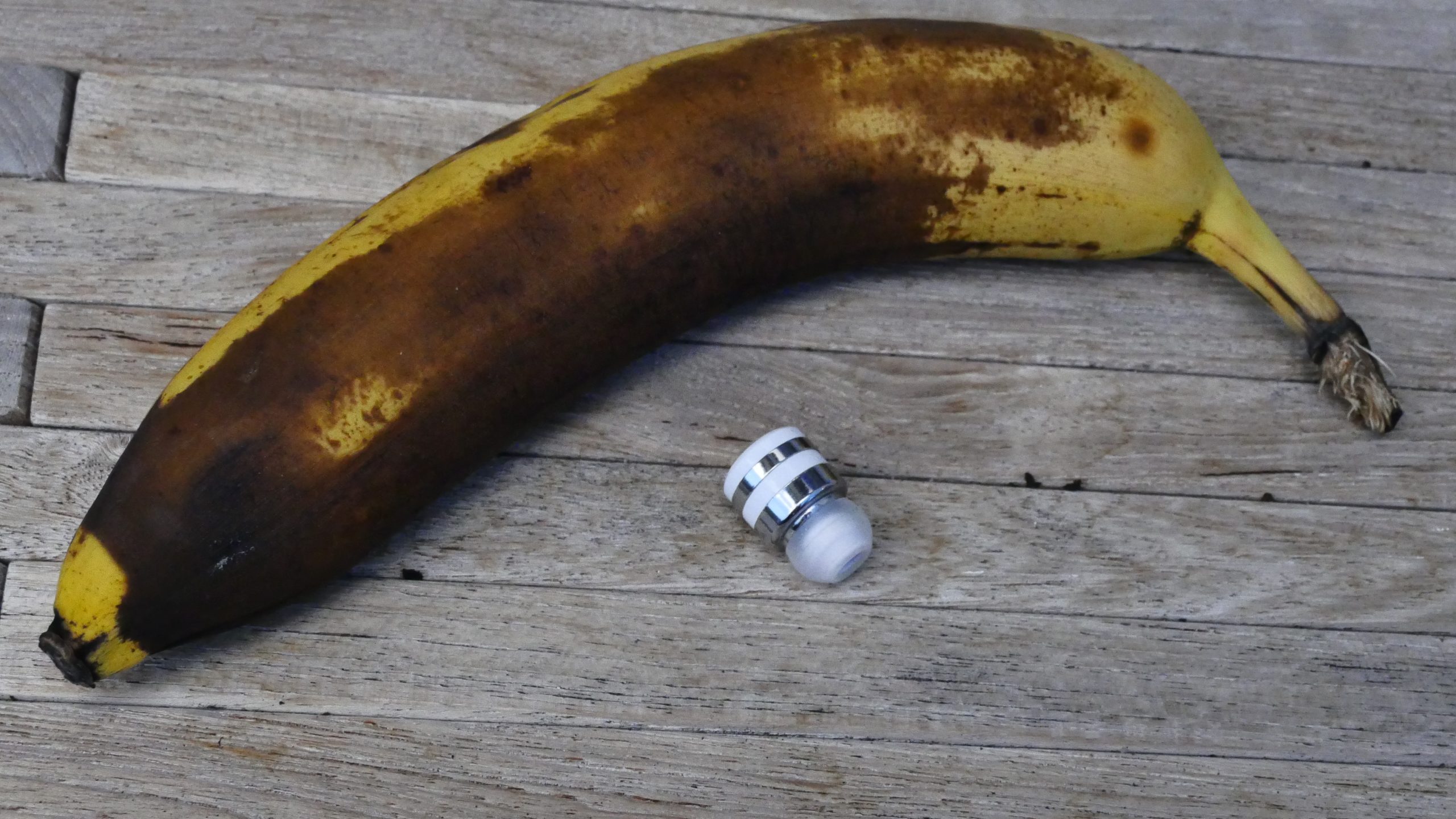 Not only is this earbud small, it’s also hassle free. 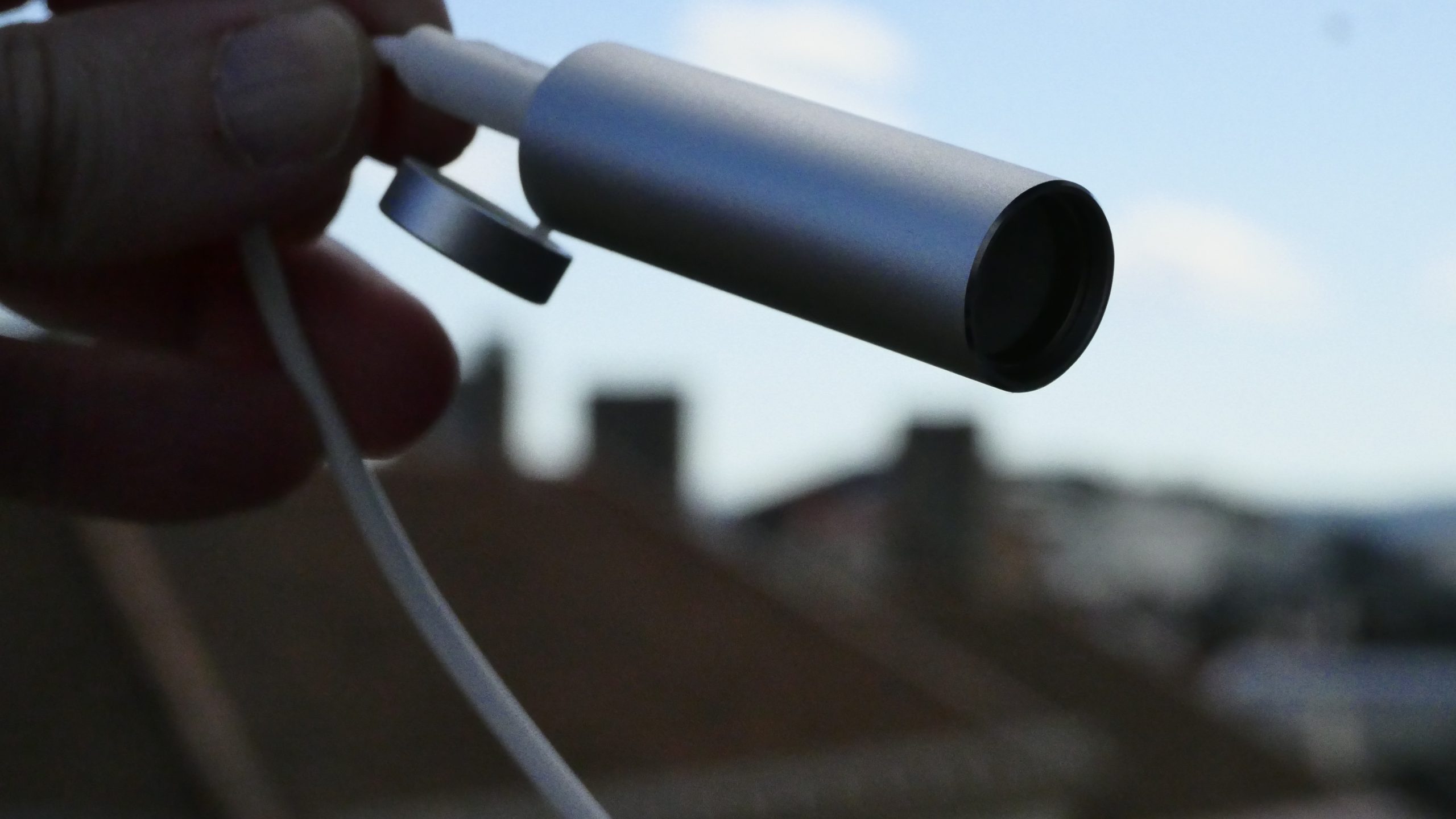 It comes with this “charging tube”, which uses a magnet… 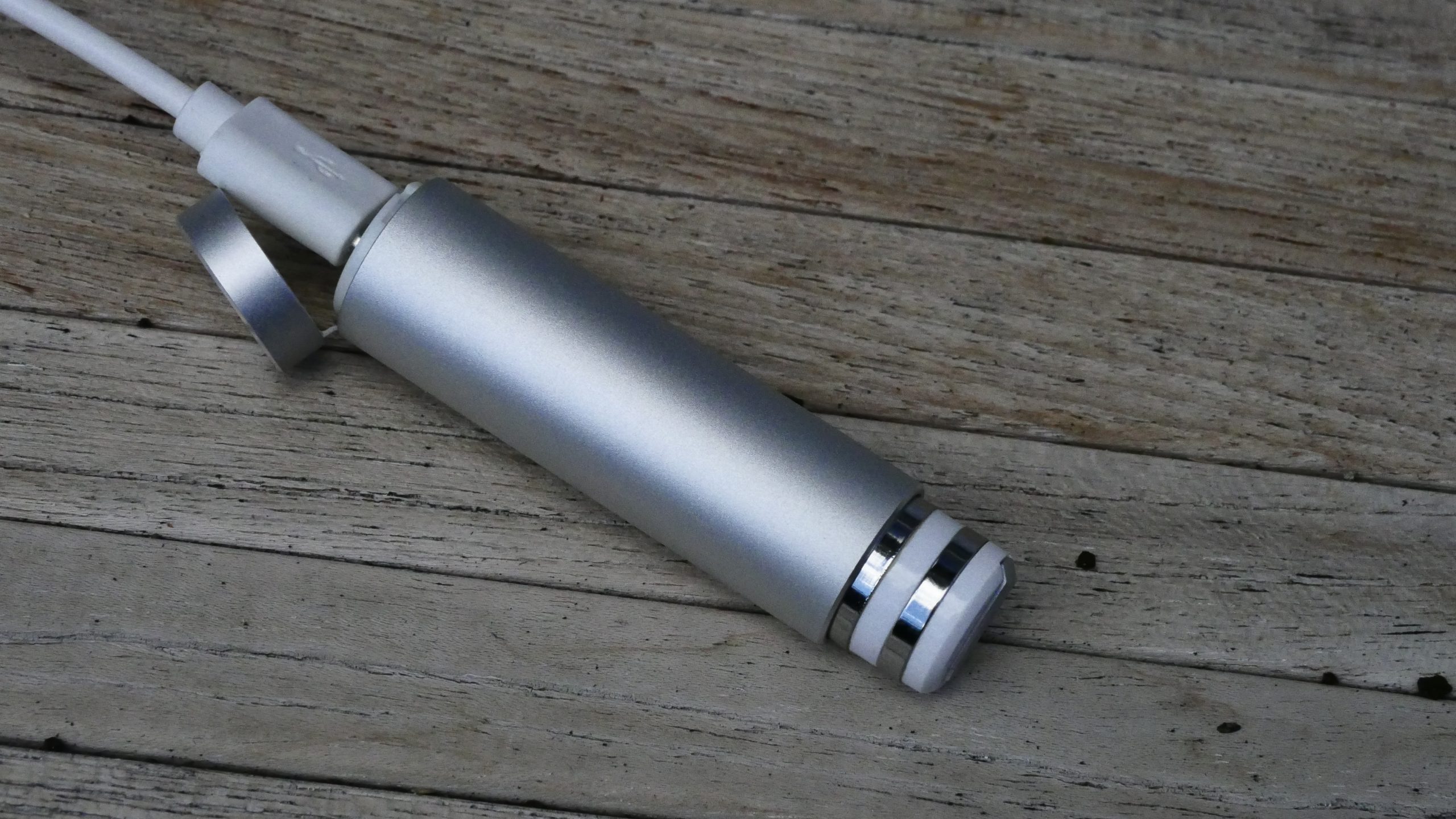 … so you just slip it near the top of the tube, and smack, no worries, it’s charging. Very nicely designed physically.

As for daily use, it’s also just about perfect. You pick it up, press the one button on the end for four seconds, it says “on” and then “beep” (which means that it’s connected to the phone), and then you can play and pause by hitting the button again: It’ll continue playing from where you let off (if your player supports that, but I guess they all do).

I’ve only tried it with an Android phone, but it’s glitch-free there: I don’t have to pick up the phone, ever, except to change the volume. Or choose another radio play, which doesn’t happen very often, since they’re looong.

So: Perfect. Perfect? Nope. Bluetooth. As with any bluetooth device I’ve used, there are dropouts. These have way fewer dropouts than I’ve experienced before, though, and if I have the phone in my left pocket and the ear bud in my left ear, I’ve yet to experience a dropout. Anything else, whenever I turn my head quickly I’ll get a dropout. 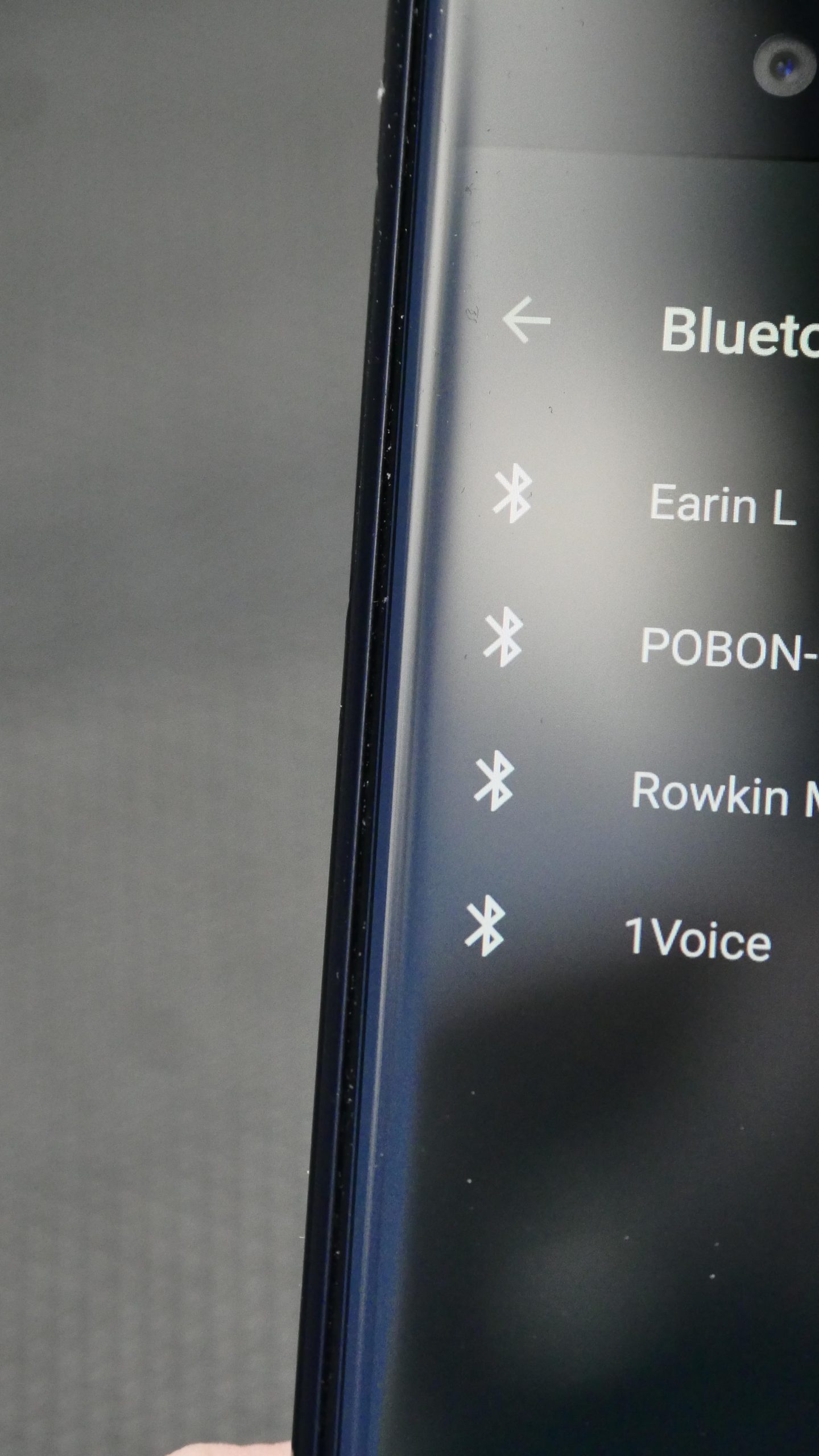 Which reminds me that I meant to write a long rant about how st00pid it is using bluetooth for audio playback: Bluetooth audio has a very small buffer, because it’s meant for realtime communication. That’s a fine thing for talking on the phone, but most of the time devices like these are used, they’re used to stream a continuous audio stream.

So why not use something meant for streaming? Like… just get chunks of mp3 or ogg or whatever compressed audio format is most convenient, and then you can have the antenna take a mini-sleep while playing the hunk, and then request the next hunk?

Requiring an almost-perfect radio connection between the player and the earbuds is insane: There will always be situations where you’ll get dropouts depending on the angle, reflection and distance.

I’m happy with these for now, and I guess I’ll just have to wait until the industry realises that I’m smart and they’re stupid and then they’ll start streaming audio the smart way.

Rating for my use case: 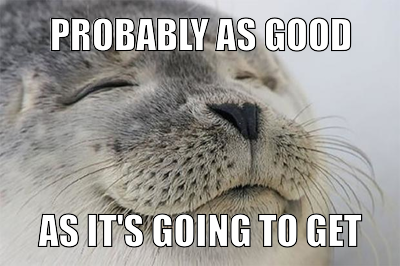