As I’m sure everybody remembers from this post just … six years ago, I have a cat 5 based music distribution thing going on in my apt.

This weekend I realised that the only thing I wanted to tweak here was having music near my workstation in the hall. I usually sit here doing stuff (scanning LPs and ripping CDs and the like) in the middle of the night. If I’m to listen to music while I’m doing that, I have to pump up the volume in the living room way too much, and that’s bad for the neighbours. So I don’t do that.

And I don’t really want to lay down even more cat5. And besides, the mixing box is maxed out on the outputs. So what to do? 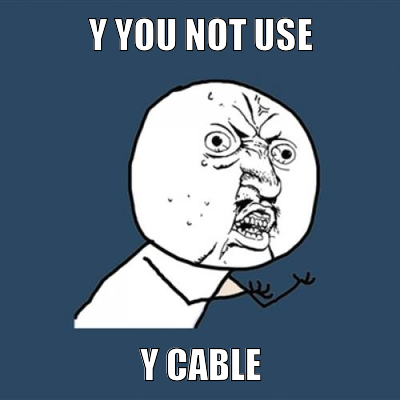 Yes! I could just insert a Y cable into the proceedings, cut the cat 5 cable going to the bedroom (which passes through the closet near the hall table), and then… things should work. 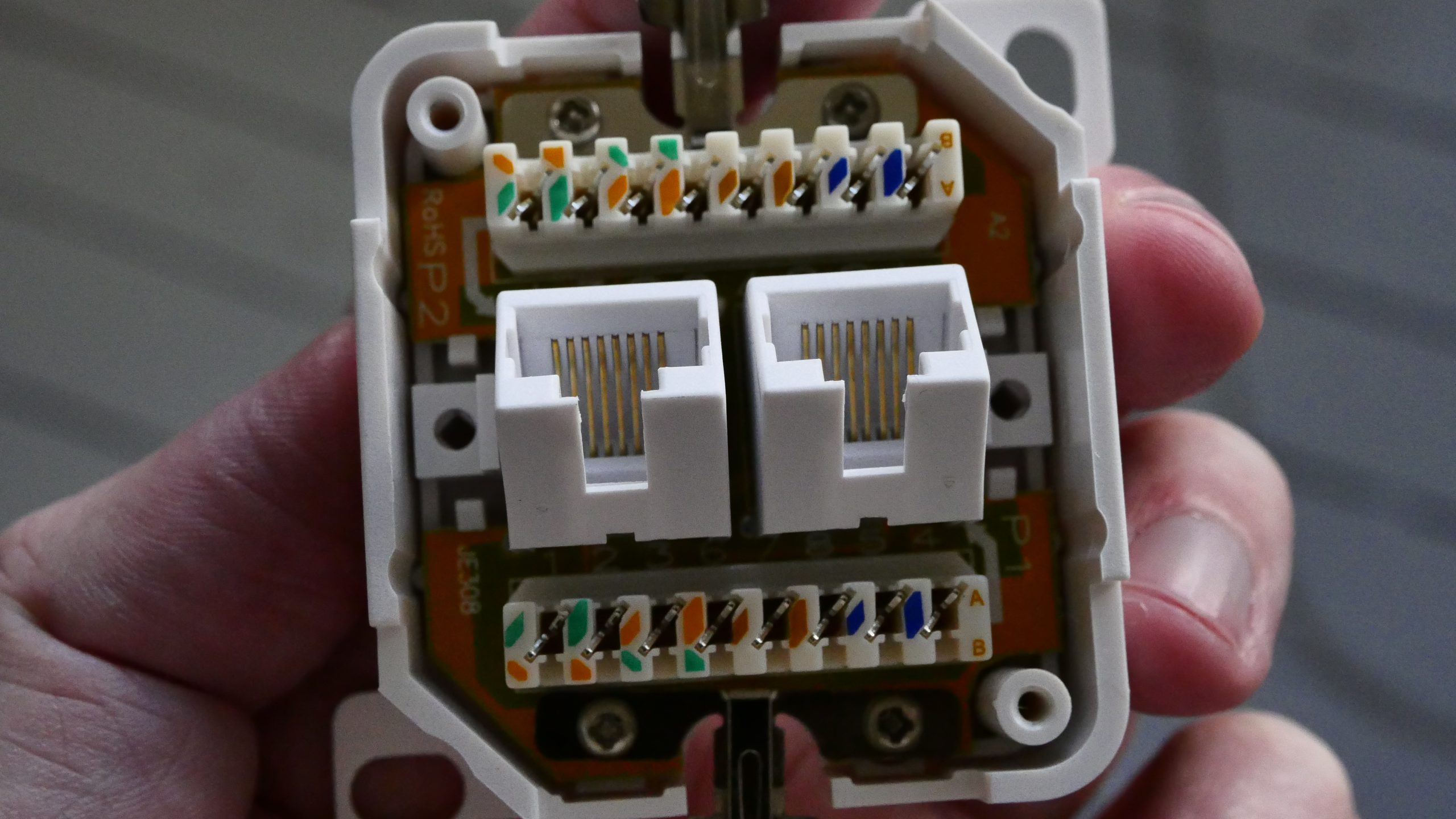 It’s been a few years since I’ve terminated cat5, so I had to reacquaint myself with how that all worked. Unfortunately, I didn’t have any connection boxes left from the last time I did this, so I had to buy a new one, and it’s really confusing. The colours here seem to imply that to achieve T568A cabling (that I vaguely remember using in 2011) is blue, wh/blue, brown, wh/brown, orange, wh/orange, green, wh/green. Right?

That doesn’t seem right at all, but the numbering also seems to imply that the PCB is doing some kind of re-routing to the plug, so… I just went with that theory.

You can see where this is going. 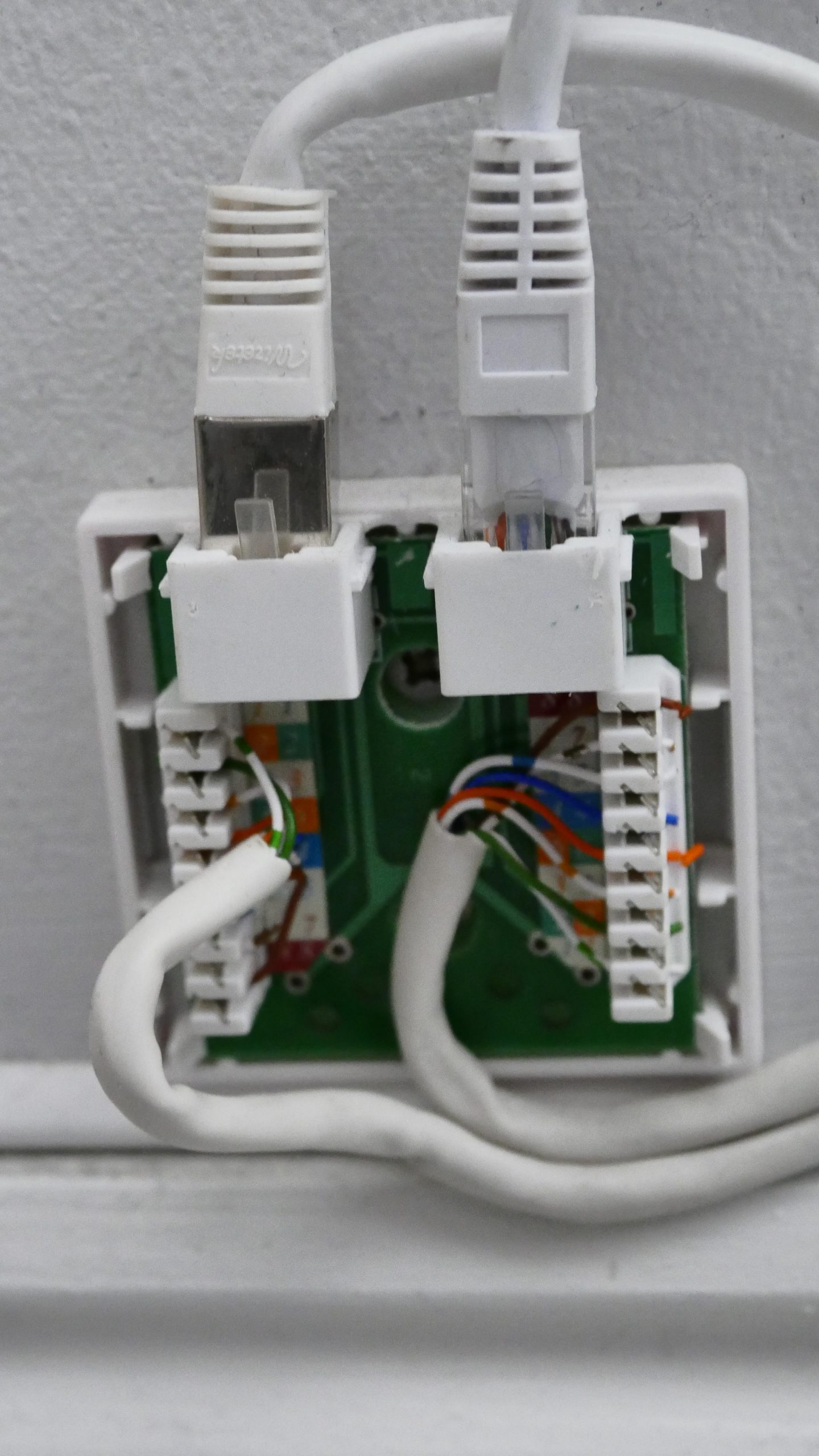 That’s one of the old ones I’m going to connect to, and as you can clearly see, it has the more traditional “A” ordering. 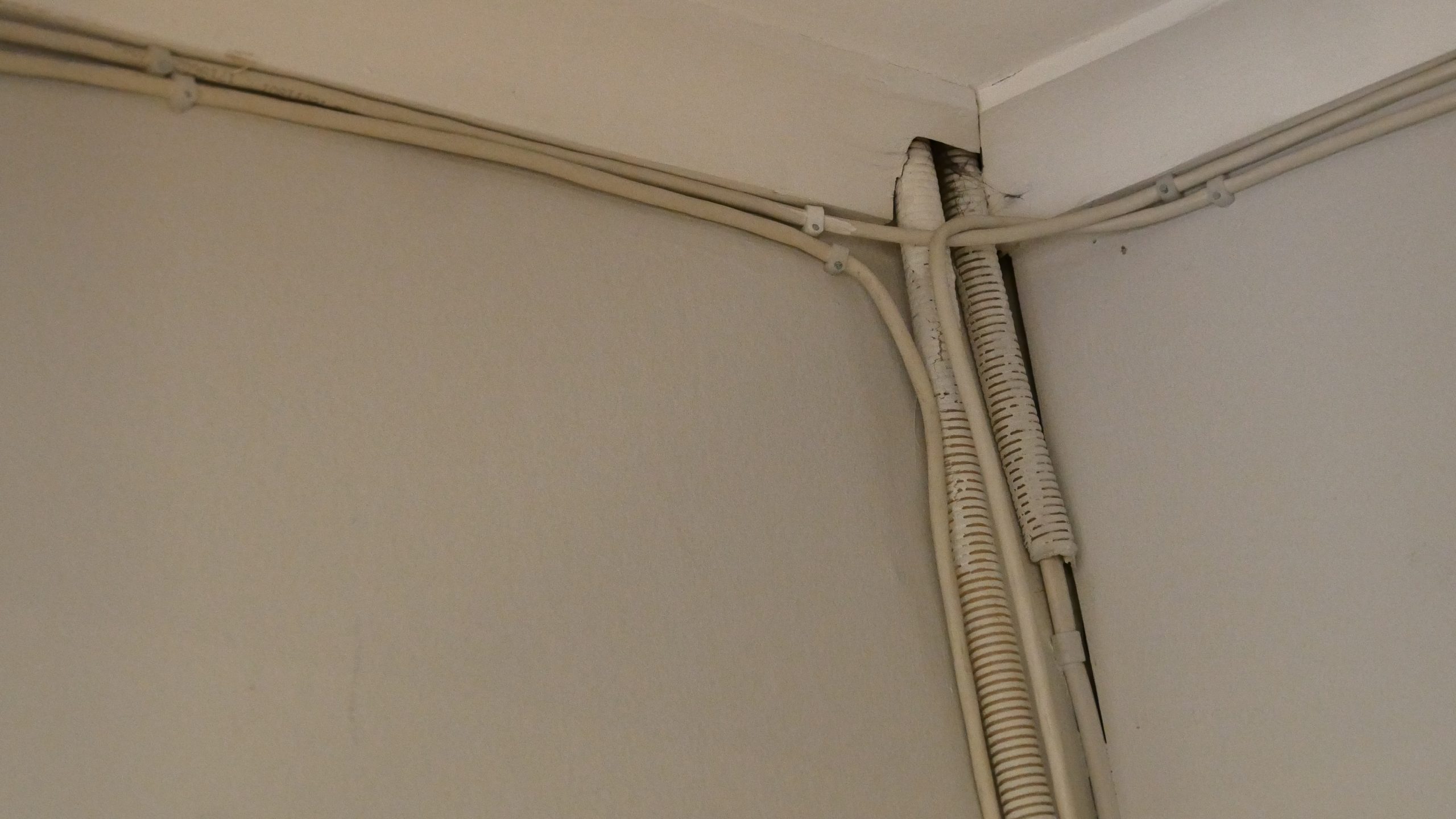 As you can see from this expertly put in wiring, all this is luckily taking place inside a closet, so things can be as messy as they want to be, and they are, since I have to do the installation standing on a stepladder. On my toes, since the stepladder is five centimetres too short. 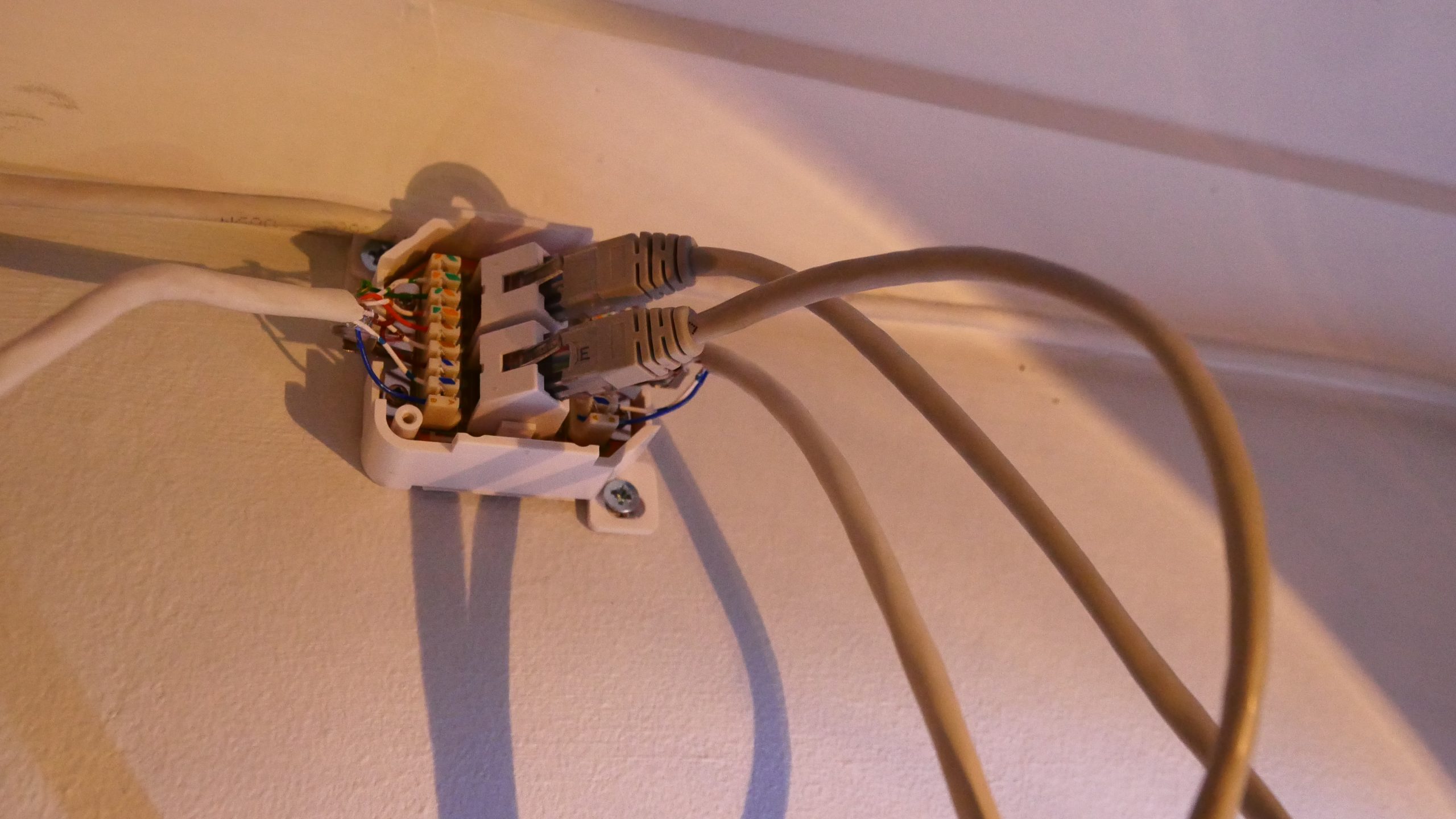 Kachunk kachunk kachunk, and by just plugging the input to the output, I see that the connection works. Because there’s still sound in the bedroom. 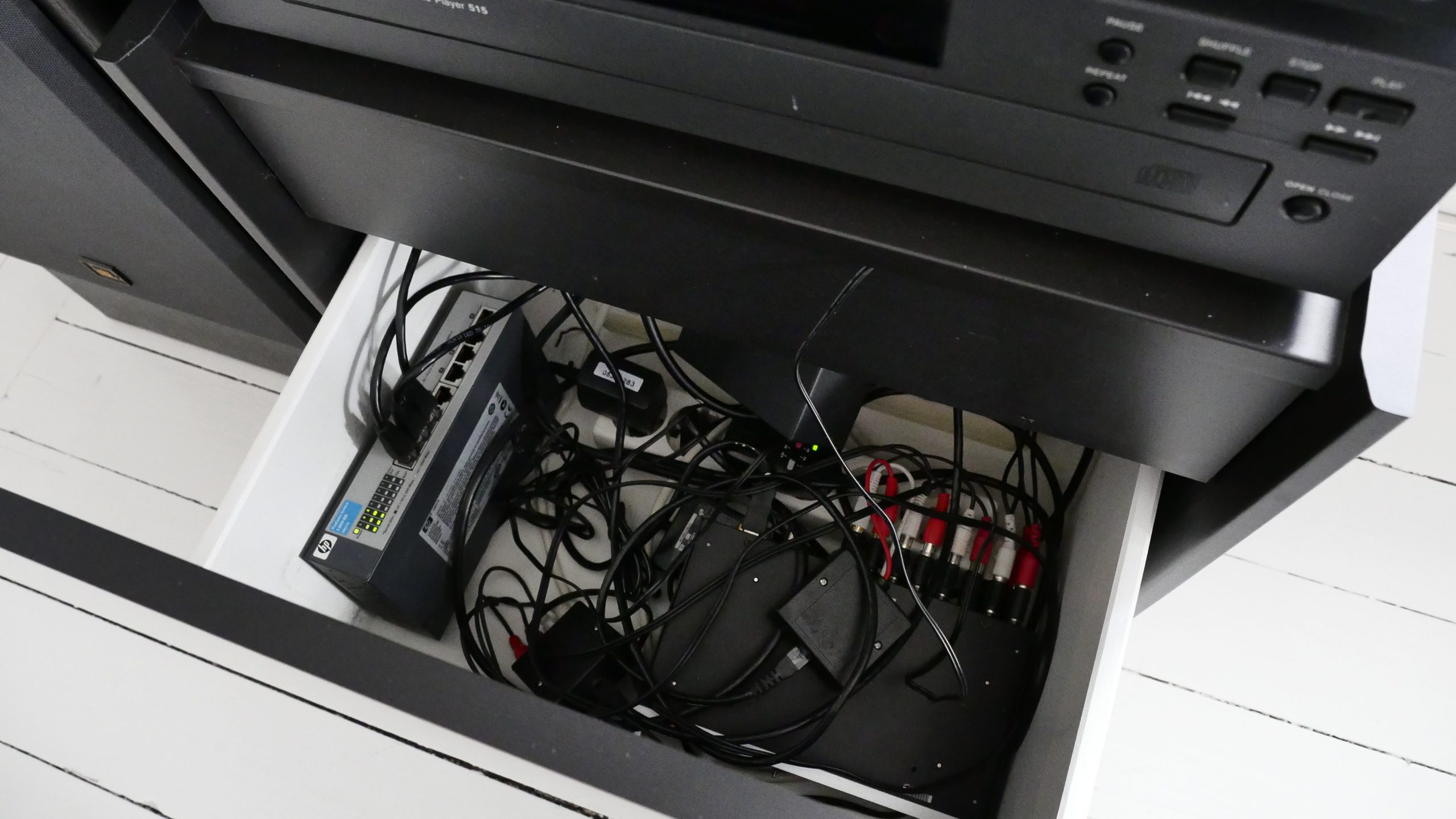 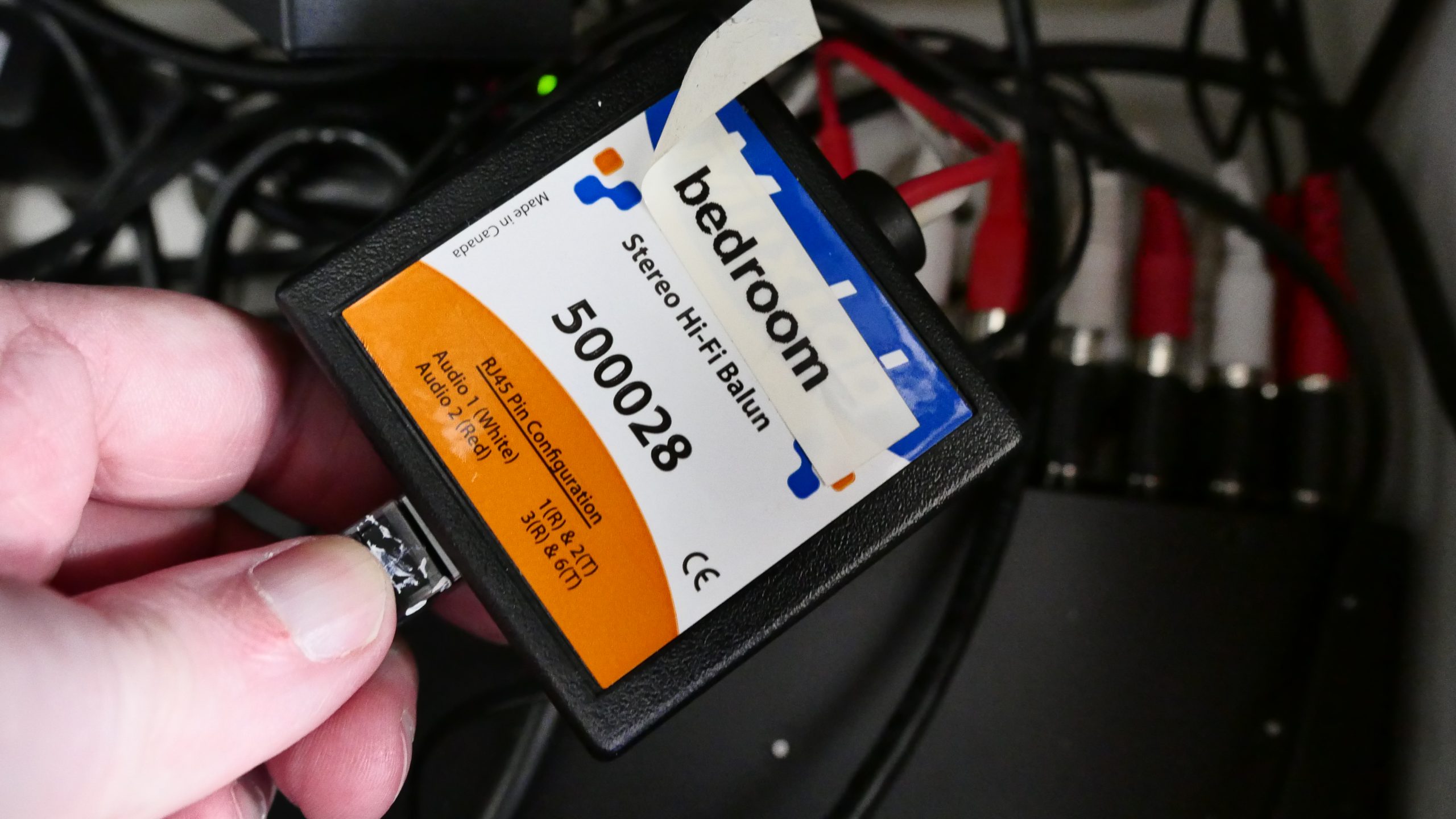 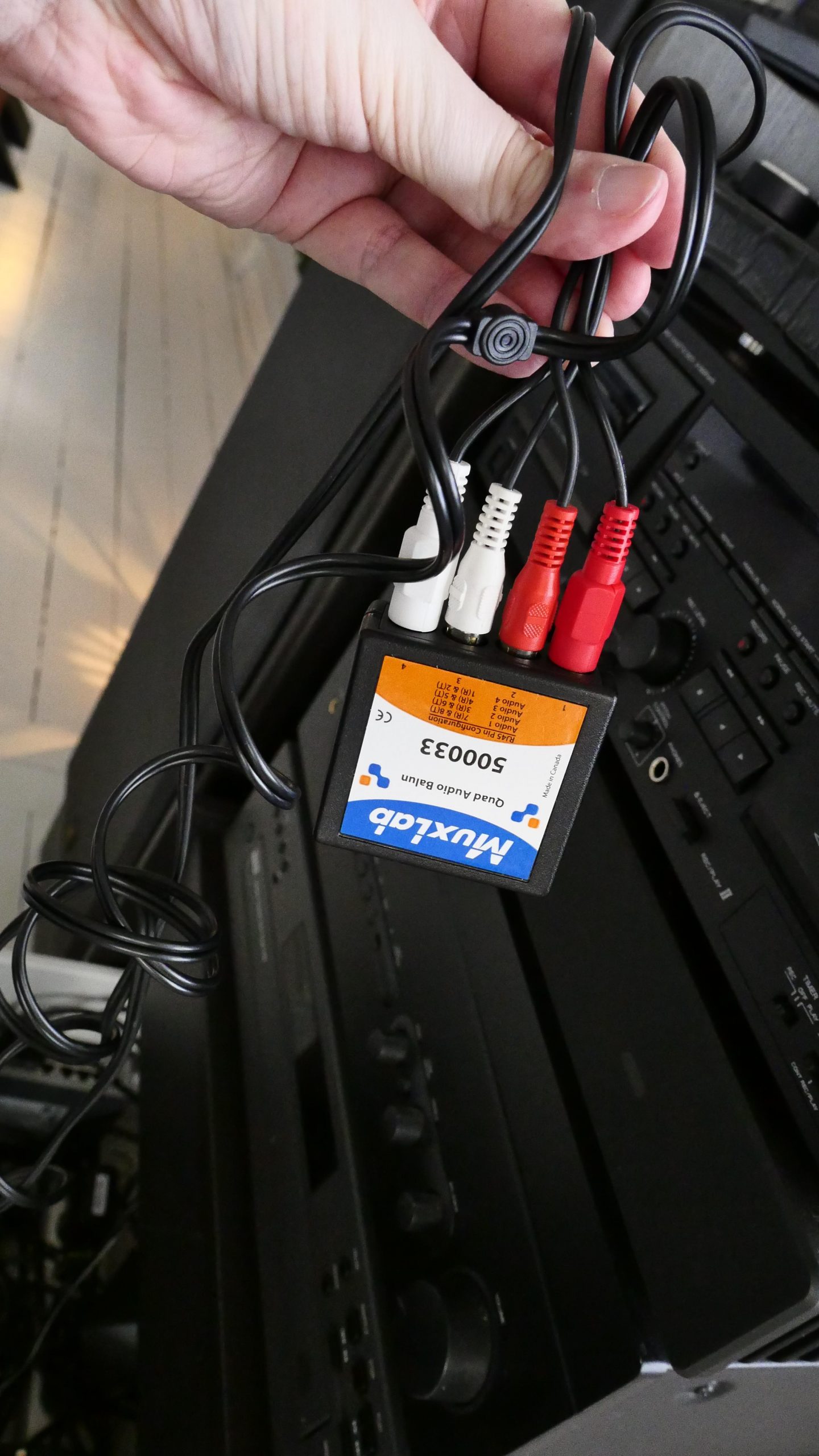 So I put a Y cable in. I only had a male to female/female while I need male to male/male, so I ended up with a lot of extra wiring, but that can be fixed later… when I find somebody that sells all-male Ys. 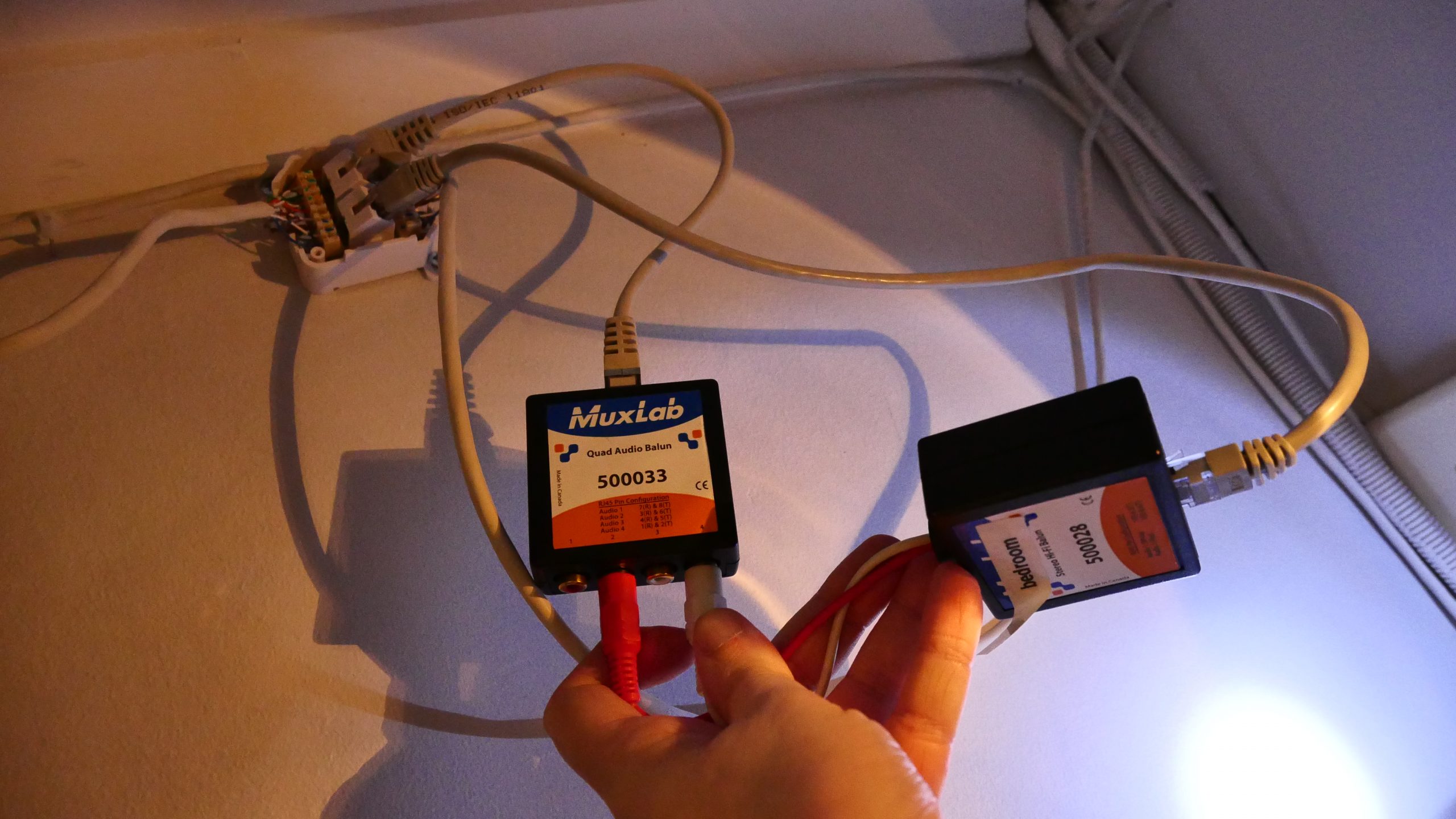 And on the other side, the opposite balun, which then goes to another balun to the bedroom…

And nothing worked. Which means I misinterpreted the mysterious T568A markings and contemplated buying a cat 5 testing kit. But then I found another cat 5 thingamabob in a cupboard of the same type as the old ones! 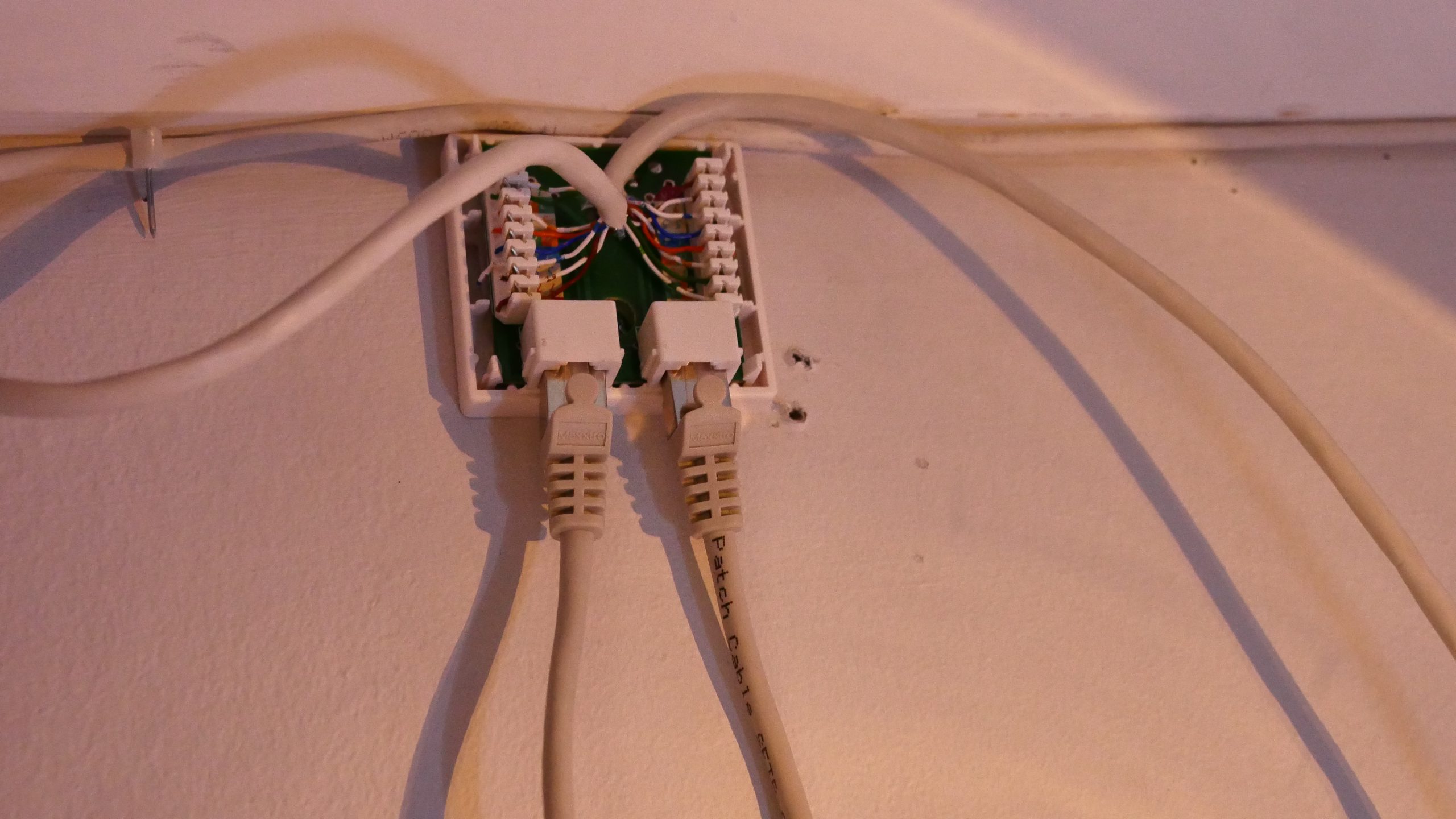 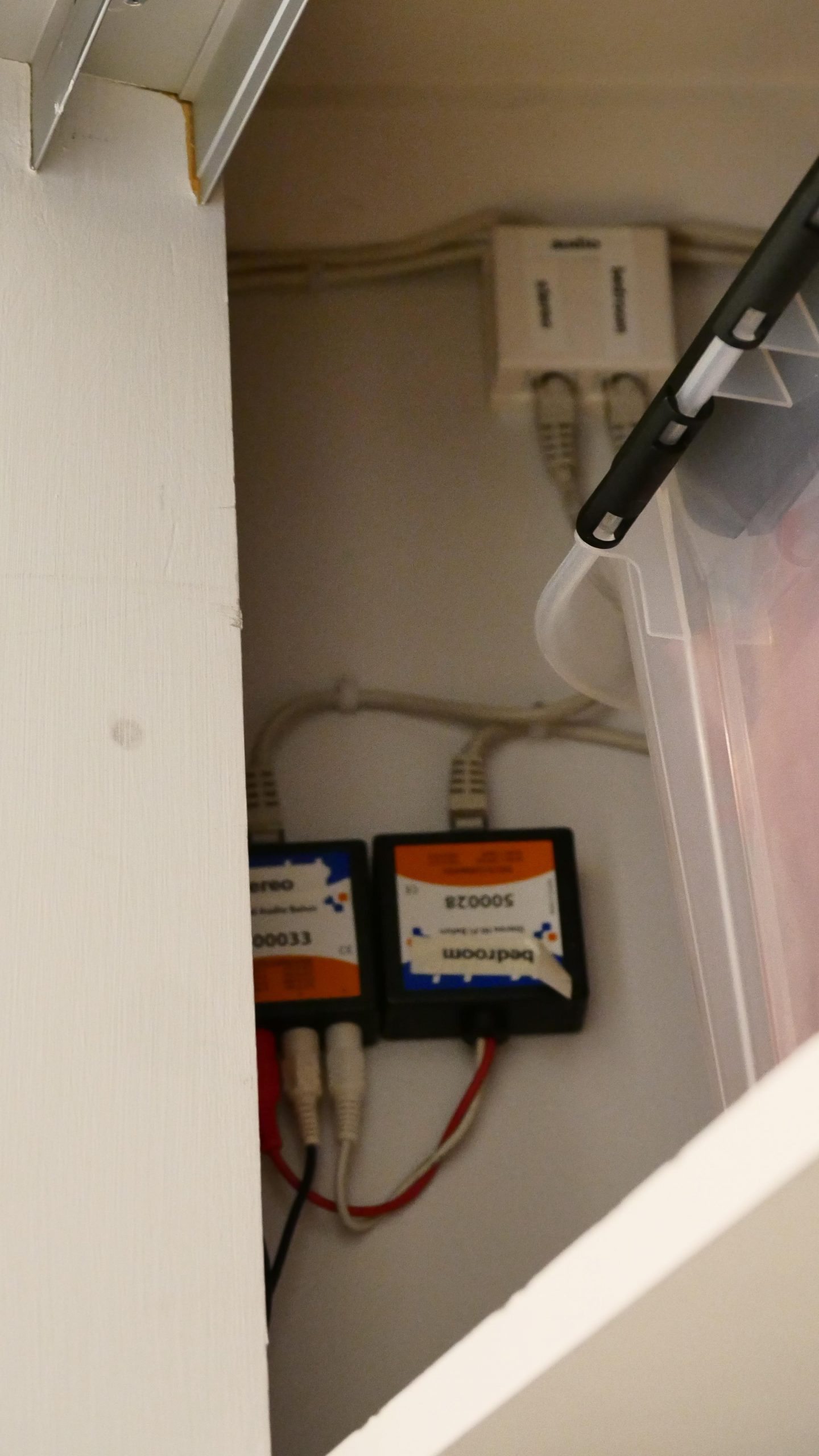 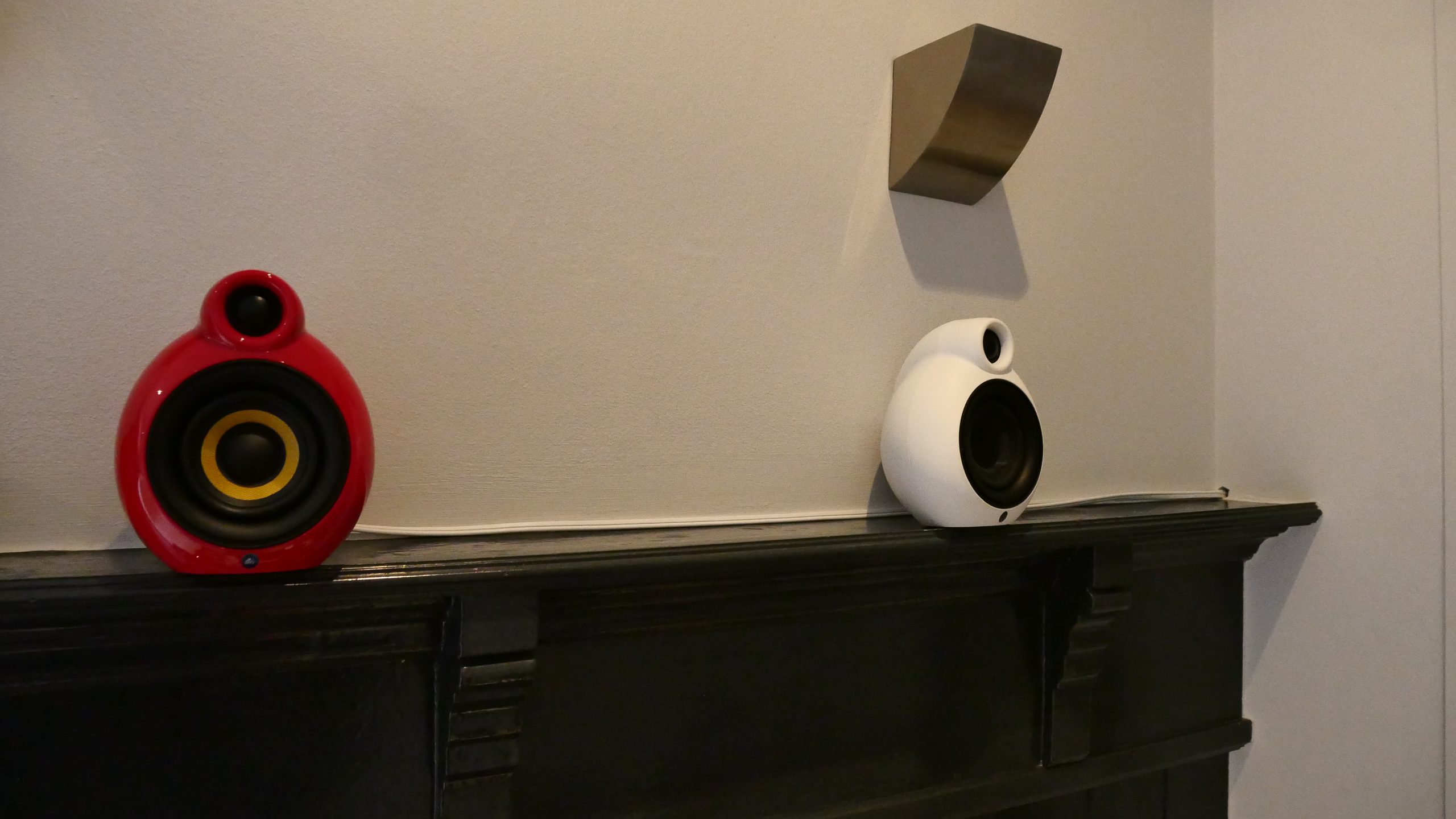 So I got a couple of Micropods… 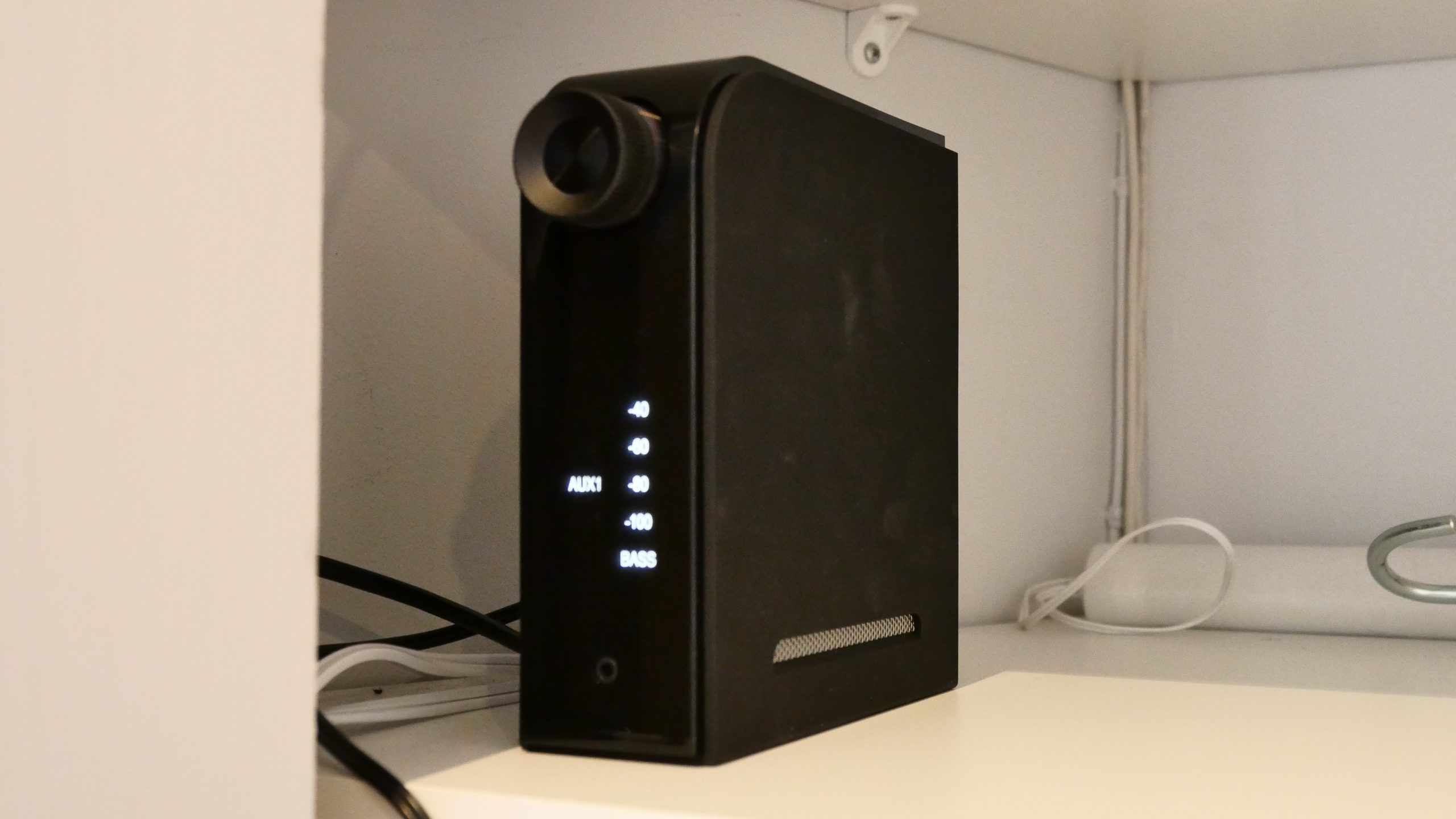 And a NAD D3020 amplifier to drive these huge speakers! Sound! Yes! 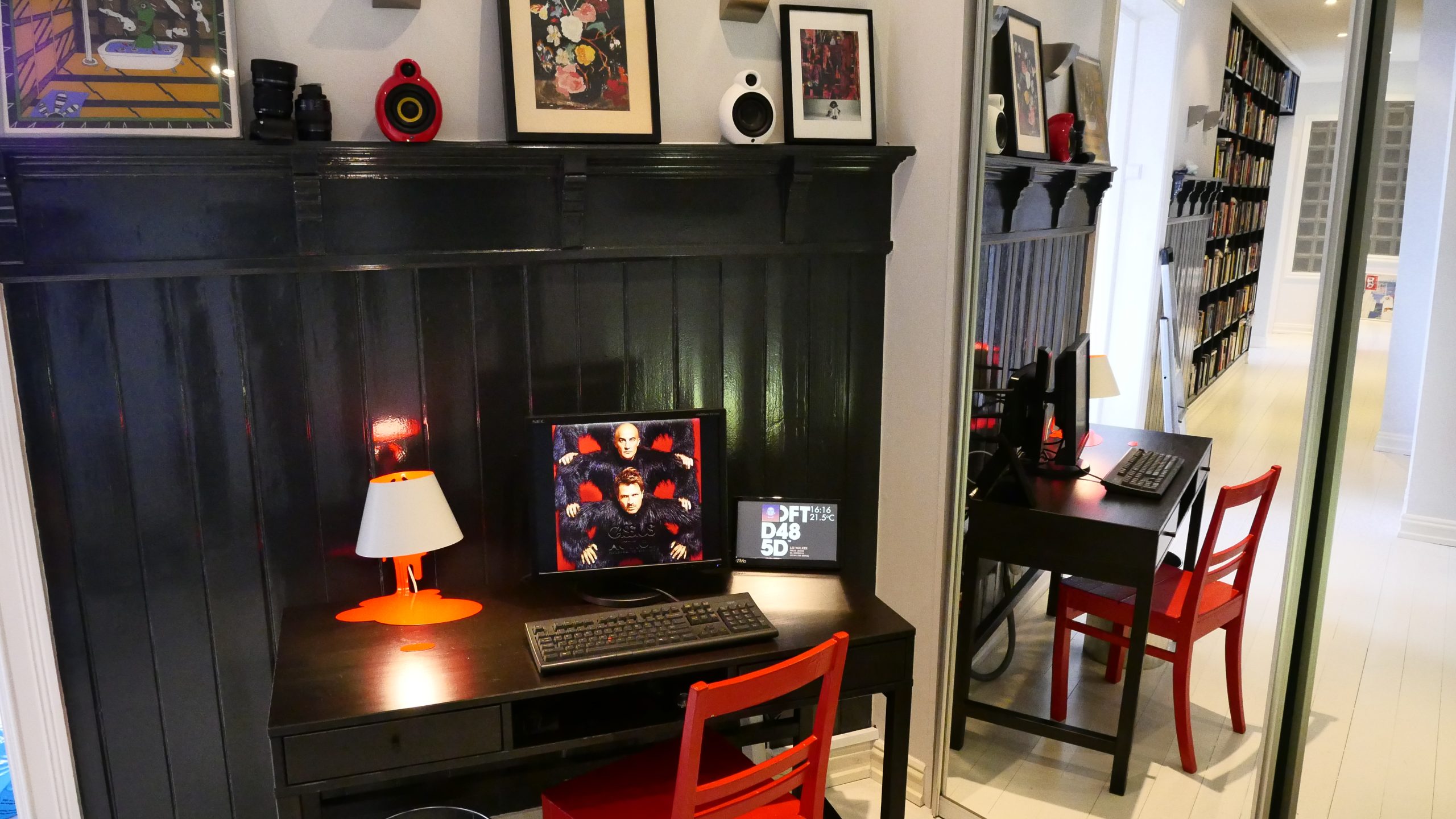 The horror of having to rip CDs at night without sufficient music is finally over! It’s OVER!

In conclusion: Cat 5 is hard. When the equipment is new and modern and confusing. Otherwise it’s really easy.