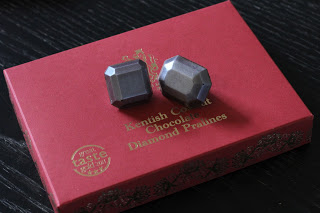 I was in London the other week.

When in London, I always try to visit a snobby chocolate store.  The Brits make the best chocolate, for some reason or other.

My favourites are Artisan du Chocolat and Demarquette.  They make the most tasty box of chocolates ever.

But featured here in this photo feature we have the featured metallic pralines.  Just look at them!

But look at them!

I have a love/hate affair with wiring.

I love that stuff works.  That’s why I love ethernet cables.  Because wifi doesn’t work.

But I hate getting tangled in cables.  And I love music.  So walking around is a conundrum.

Fortunately, some geniuses came up with the idea of putting the mp3 player into the headsets.

I’ve got a couple of Koss Tugo phones, but they have a tendency to break (2 pcs) or getting lost (1 pcs), so I need to replenish my stock.

But they’ve stopped making them!  And they only had like half a gig of memory, so I could only put like eight albums on them.  Drama!

So I ordered these ones.  They are called (generically enough) “Headphones / FM stereo radio / Mp3 player”.  Sometimes I think that the Chinese could do with some marketing help.

These take micro SD cards.  So I bought one and plugged it in.  And then I plugged the headphones into the USB port to transfer some songs and get grooving.

But the headphones do not expose an USB interface at all.  They can just use USB to charge.

So how does it sound?  It’s slightly hissy, but it’s a lot better than I thought it would be.  The headphones are very light and a lot smaller than the Koss Tugos, but I think they sound better. It has a really clear, appealing sound, with an acceptable amount of bass for the small size.

Anyway, they sound good, and they were cheap, and they work, and the user interface is quite good, what with jog shuttles to go to the next/prev song, and to control the volume. 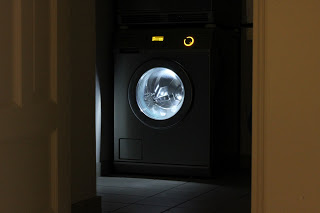 Some day…  Some day… 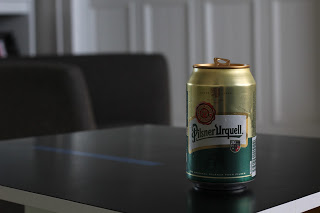 I really like the fanless machines from Aleutia.  They have a nice form factor, they’re really silent, and they have kinda amusing web pages.

I’ve got three of the Sandy Bridge machines now, and they just like work and stuff.  Nine thumbs up.

This doesn’t matter for two of the machines, but the third one is the one I use to watch tv with.  And that’s a problem.

This is only a problem when watching 1080p and higher, so I haven’t really bothered doing anything about it.

I got a fancy (i.e. the cheapest) fan-less low-profile nVidia card.

Anyway, I got the Aleutia machine down from the shelf.

And it seems to actually work.  I can now watch the highest “D” that I’ve got on disk without any problems.