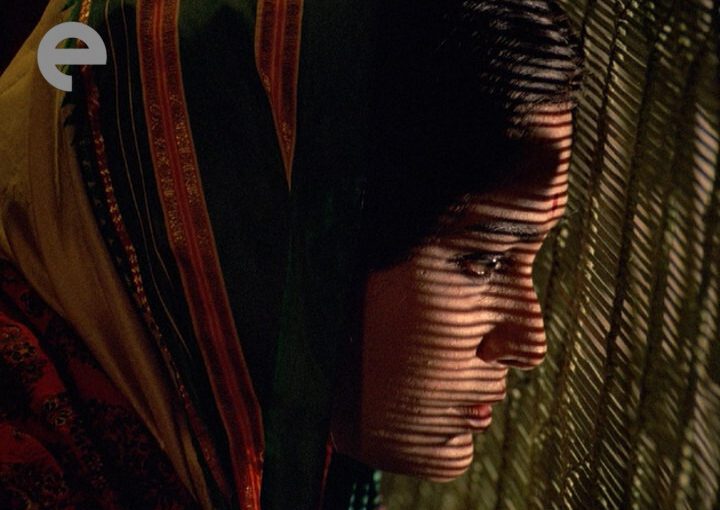 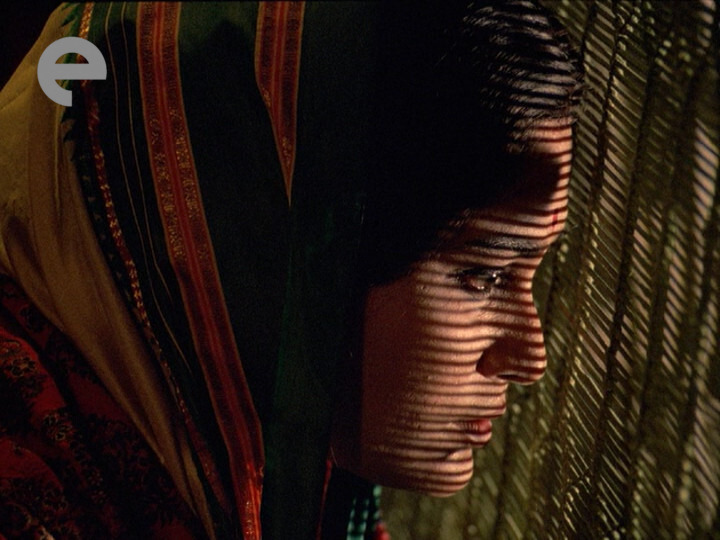 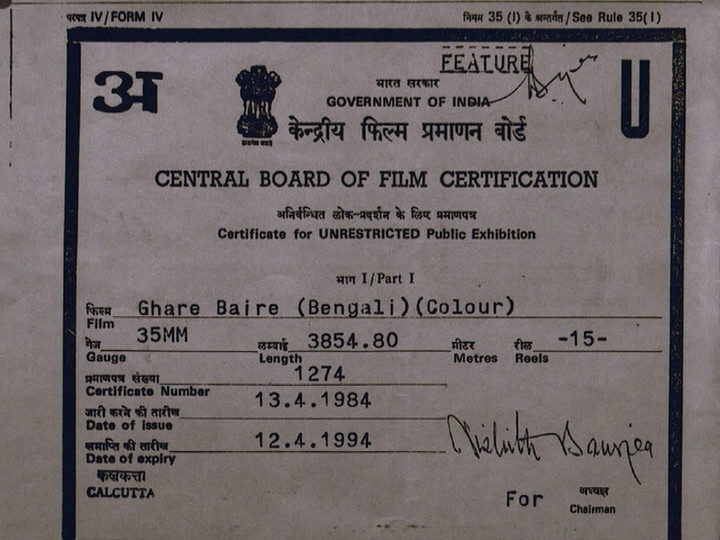 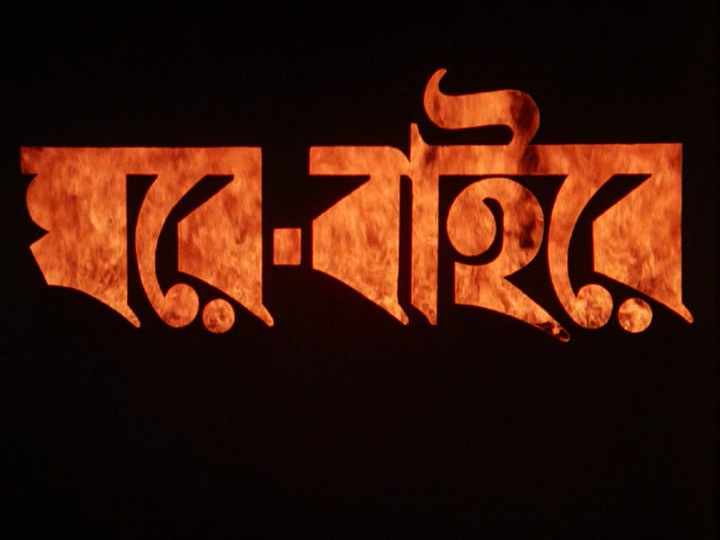 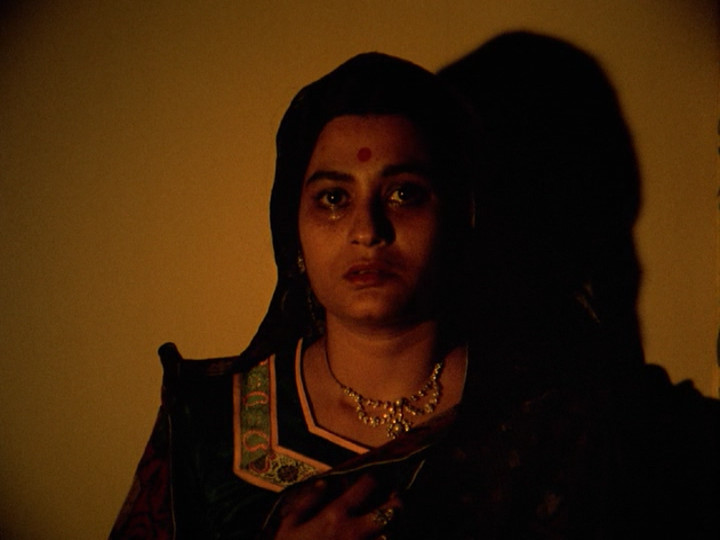 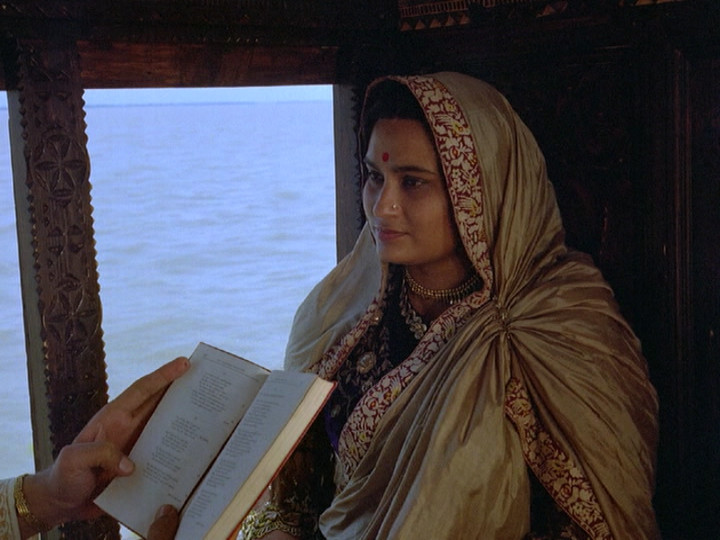 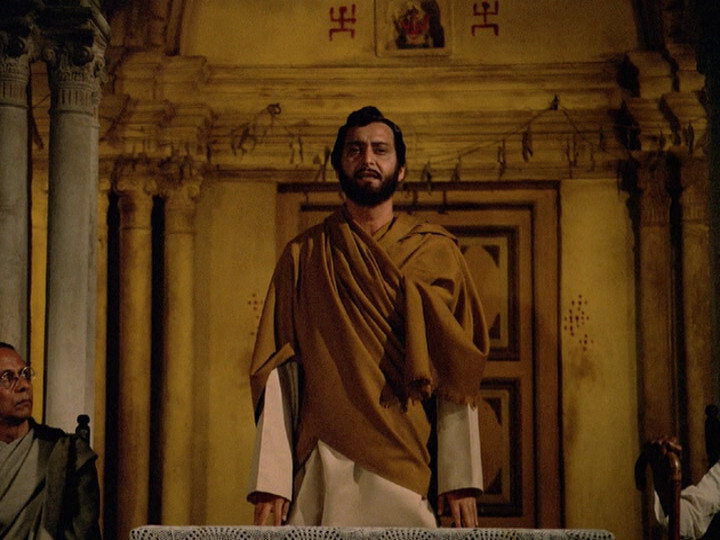 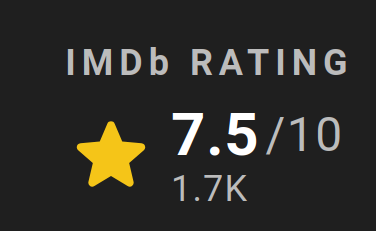 So this has a pretty high imdb rating… but only 1.7K votes…

And the majority of those votes are from India. I mean, from outside the US.

So this is basically a movie that’s nobody’s watched in a while, and the only people who’ve watched it are in India.

I mean, outside the US. 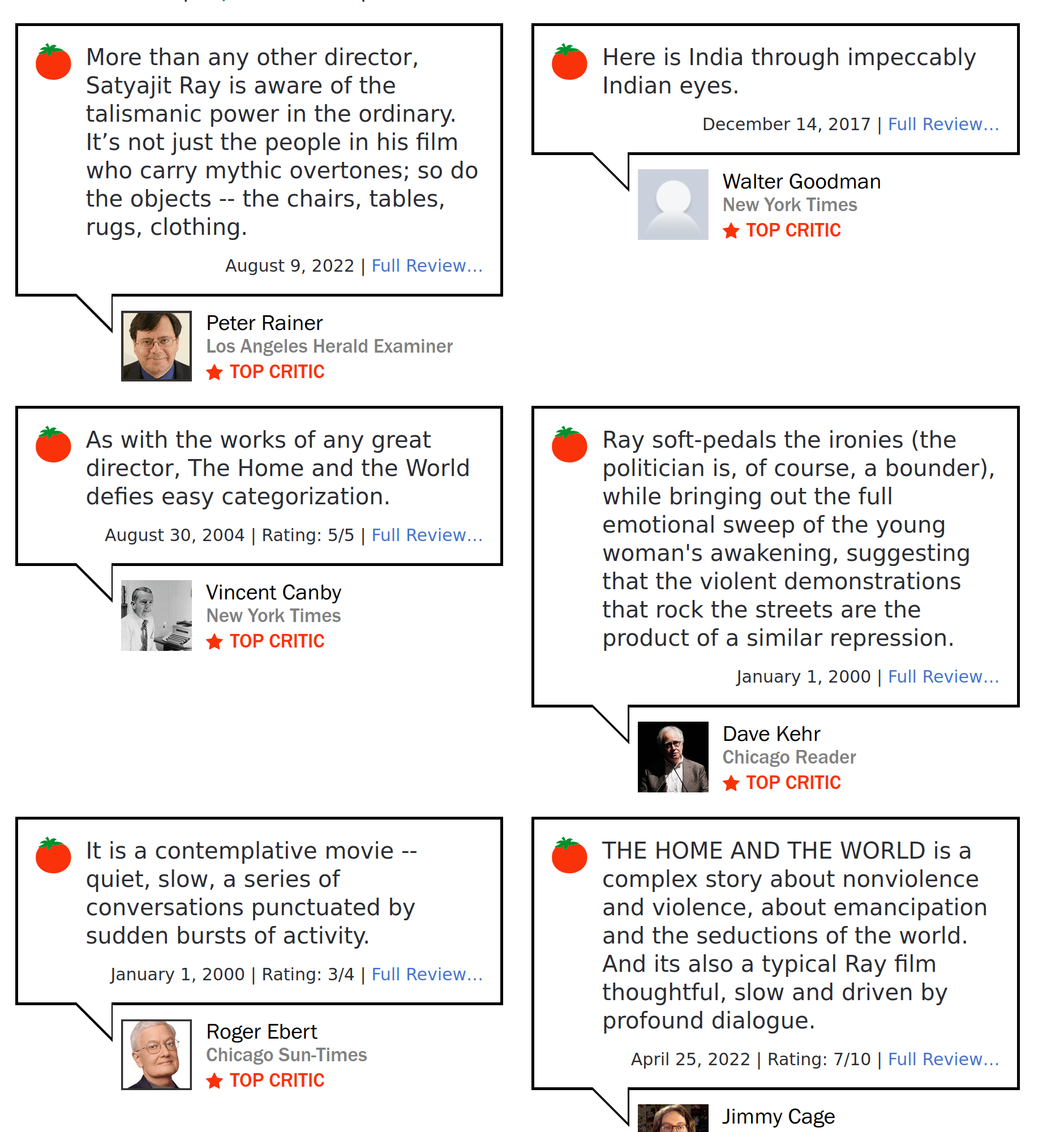 But the critics are ecstatic — it’s got a 100% rottentomatoes score. (Of the 12 reviewers who’ve seen it.)

In 1983, during the shooting of the film, Ray suffered two massive heart attacks. His son, Sandip Ray, completed the project from his detailed instructions.[citation needed] 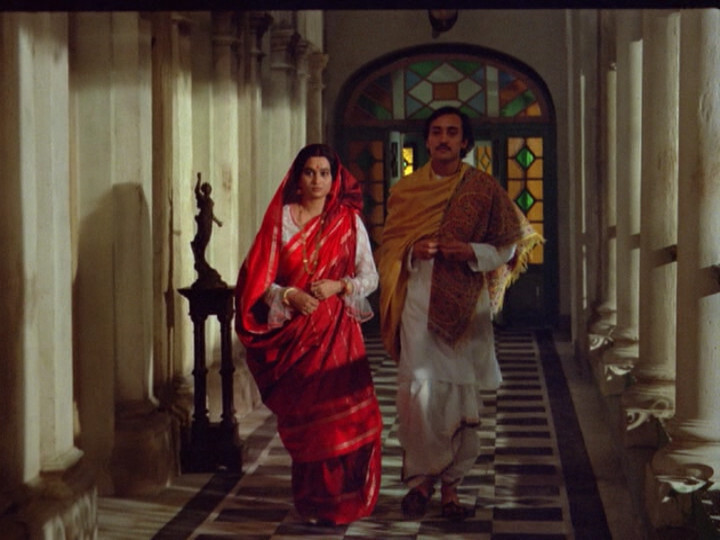 I’m enjoying the languid pacing of this movie… but whenever they start speaking (and there’s a lot of dialogue here), my eyes just glaze over. What they’re talking about is no doubt riveting if you’re into Indian history, but if you’re not, it’s… It’s not.

And then a character suddenly breaks out into song? Is this a musical? 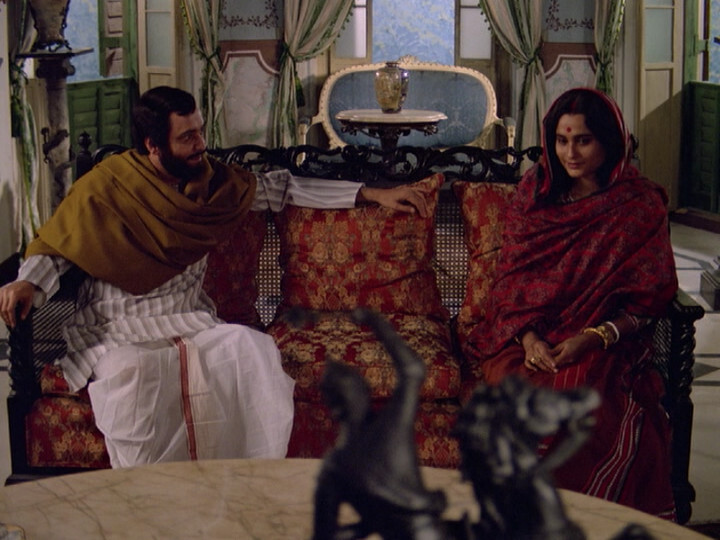 Anyway… I’m just not interested in this movie. It’s probably great! I don’t know? It looks good? But I’m bailing at this halfway through because I don’t care, and that’s probably all on me. 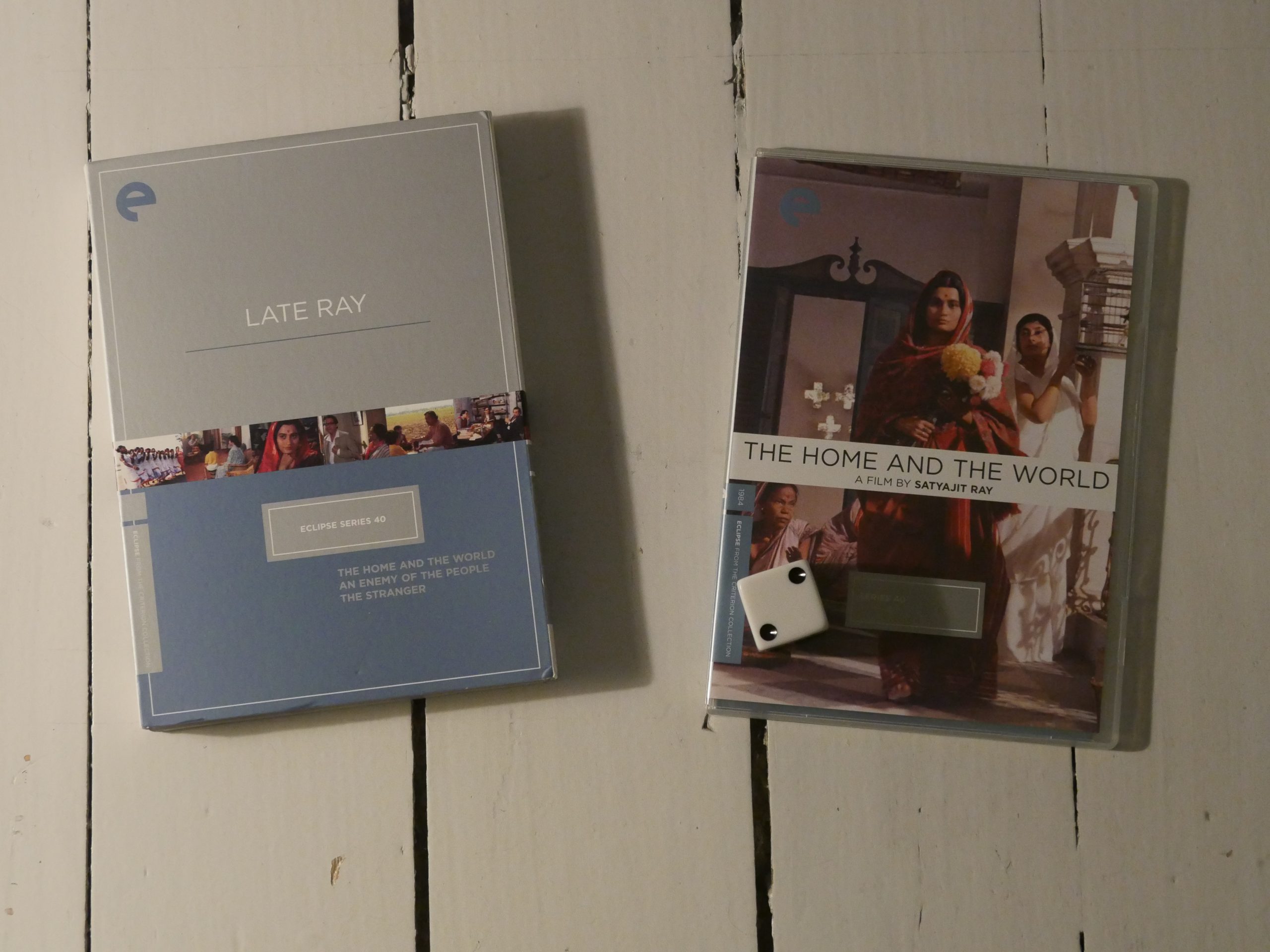