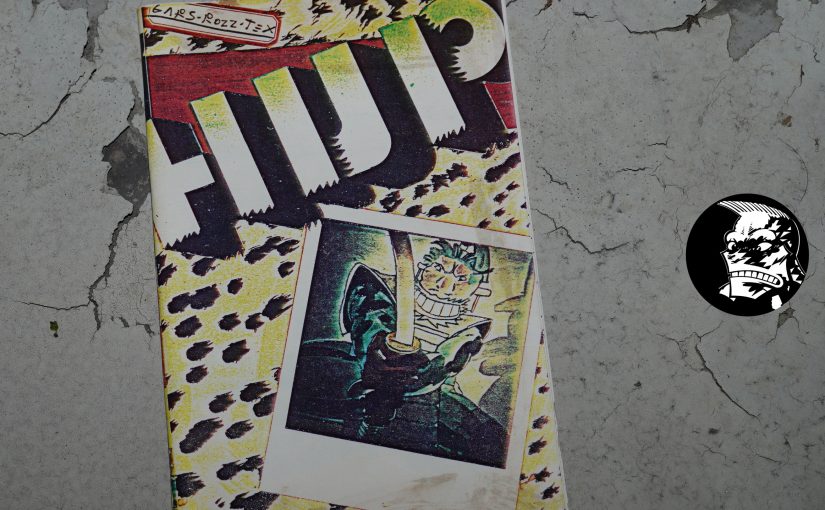 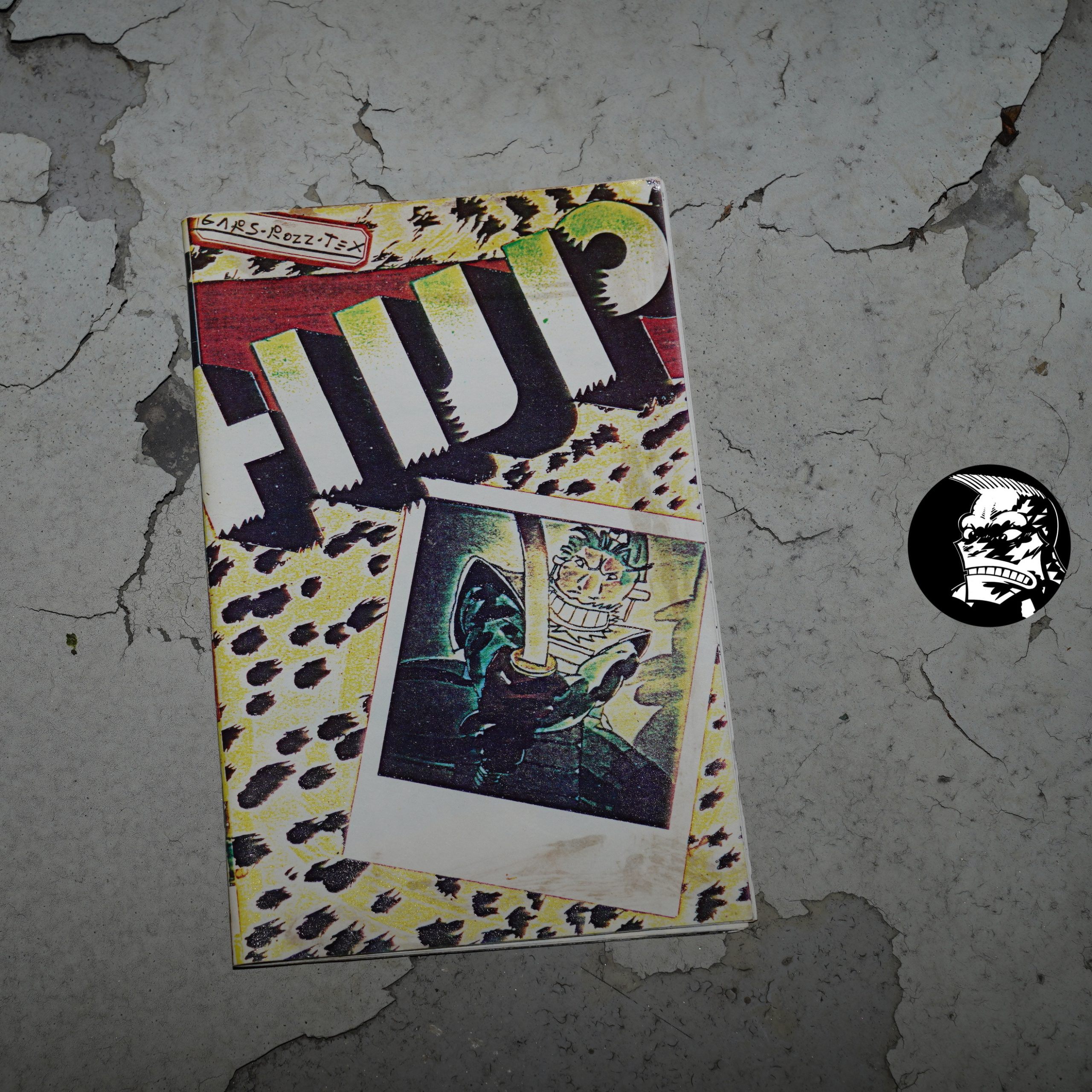 This blog series was over half a year ago, but I’ve stumbled onto a couple of relevant items more, so I thought I’d just write a few words about them. 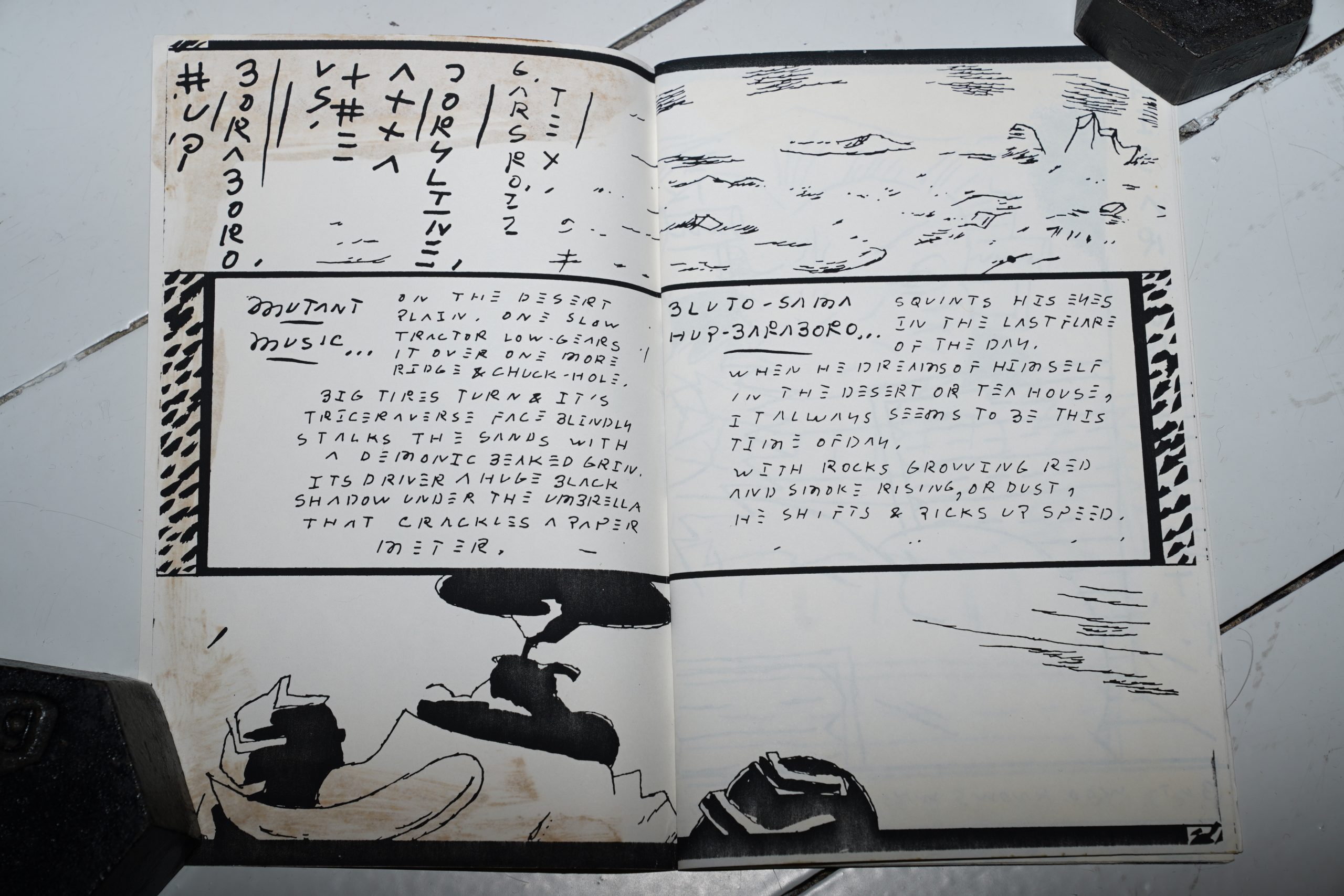 I was really excited to find this early Panter book. It’s a 32 page book published by Gary Panter in 1977. I’m guessing it was photo-copied? 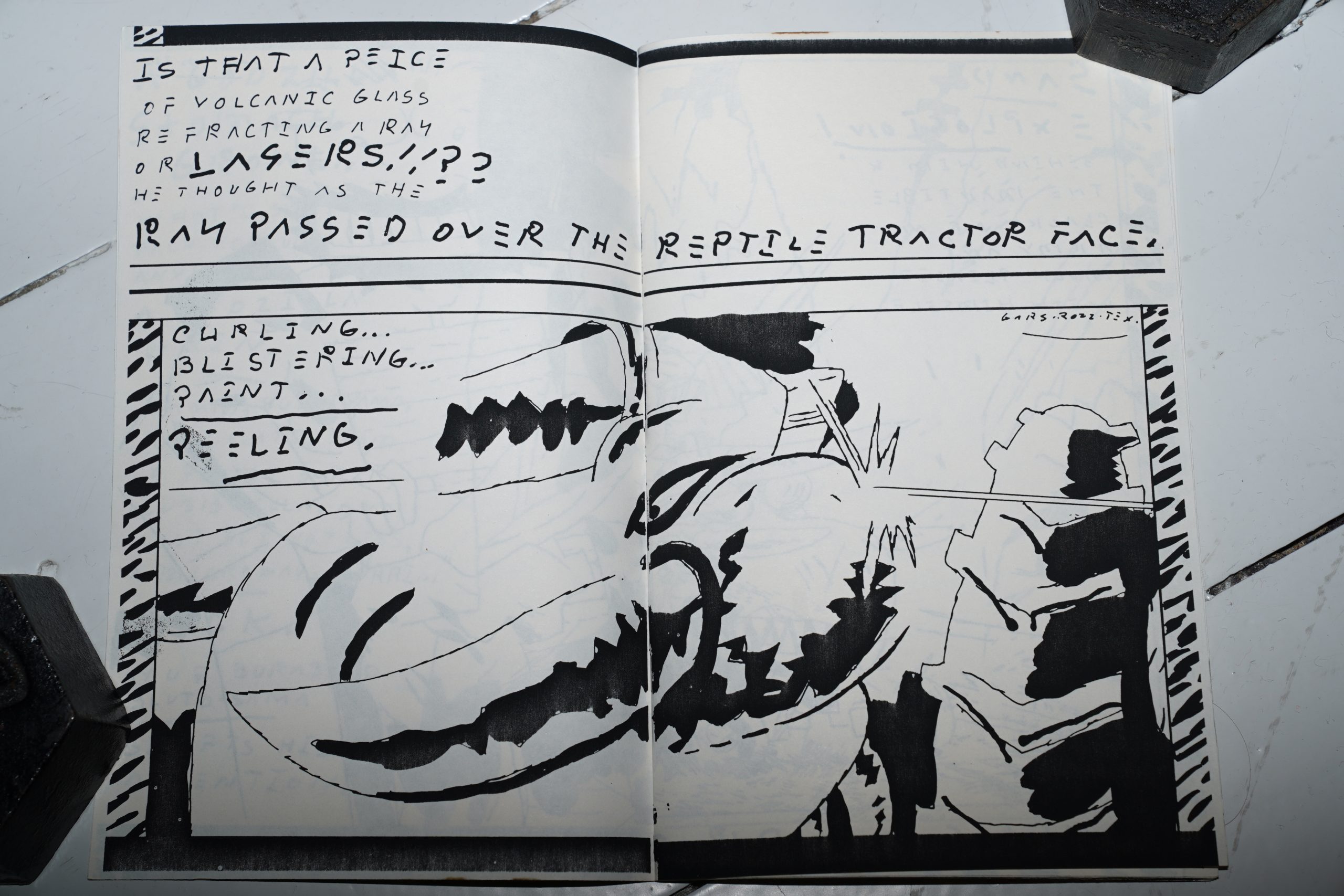 The storyline is somewhat vague and some of the artwork tends towards abstraction, but it’s basically one long fight scene between a character called Hup and an insect guy. On Mars.

Note that Panter sings the pages as GARS ROZZ TEX, not Rozz-Tox, as he’d later do. 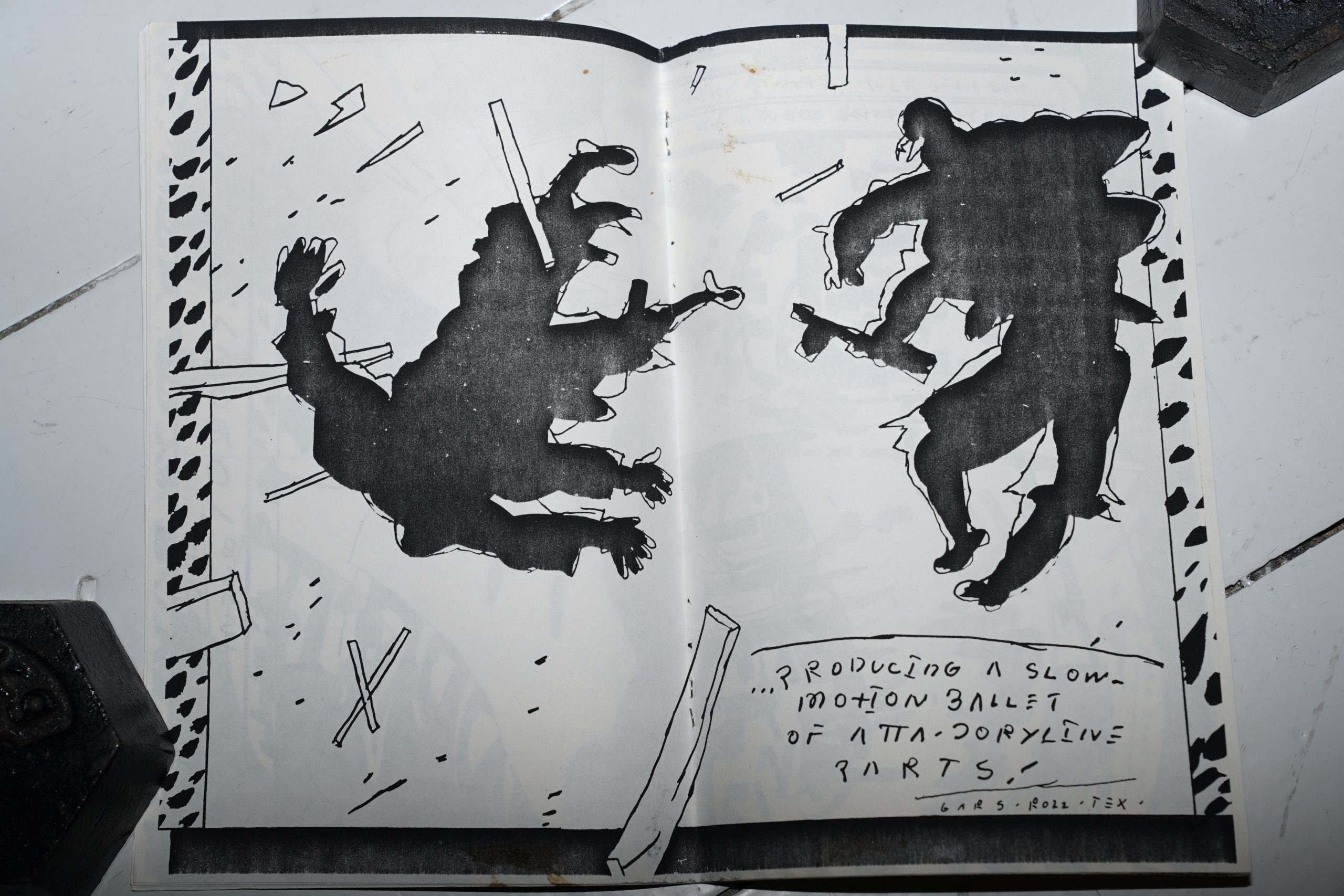 Oh, is this where Frank Miller picked up his entire style? It must be. 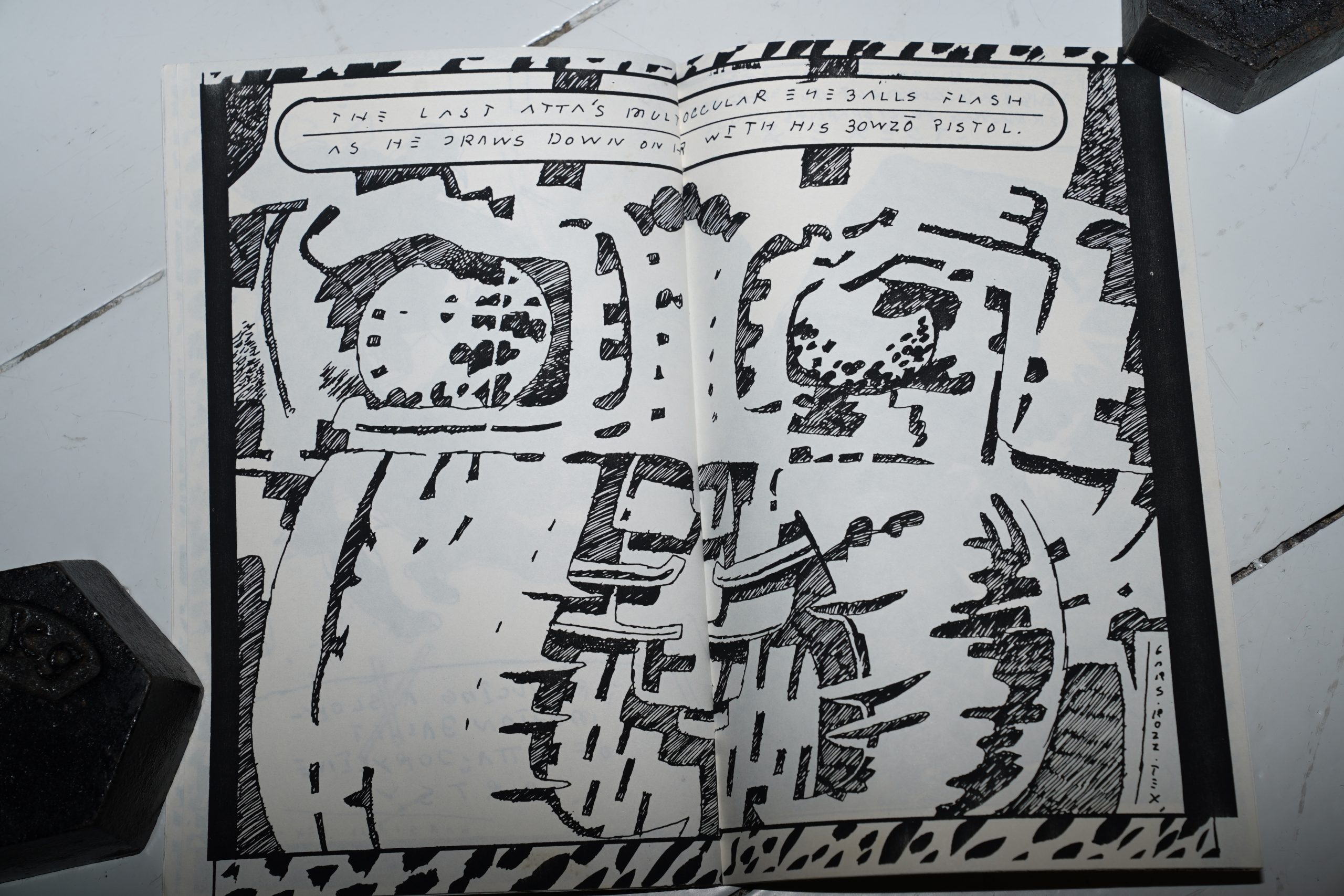 Anyway, this is a fascinating little artefact. It’s very different from Panter’s work in the early 70s, but hasn’t yet morphed into his late-70s Jimbo style. Can’t really say it’s on the midway point, either — it’s something quite separate? 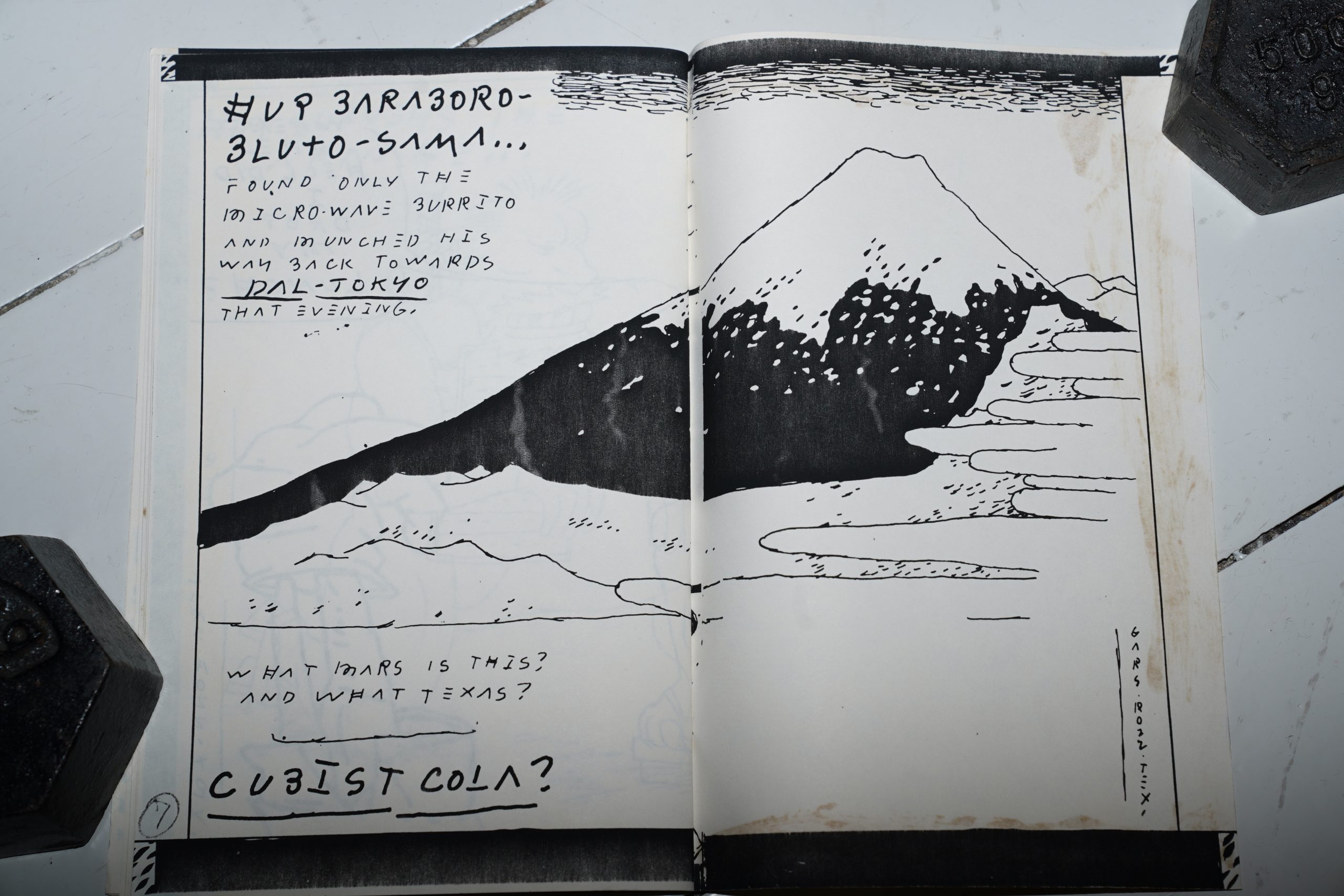 And with a lot of Japanese influences, and with the Dal-Tokyo name in place. 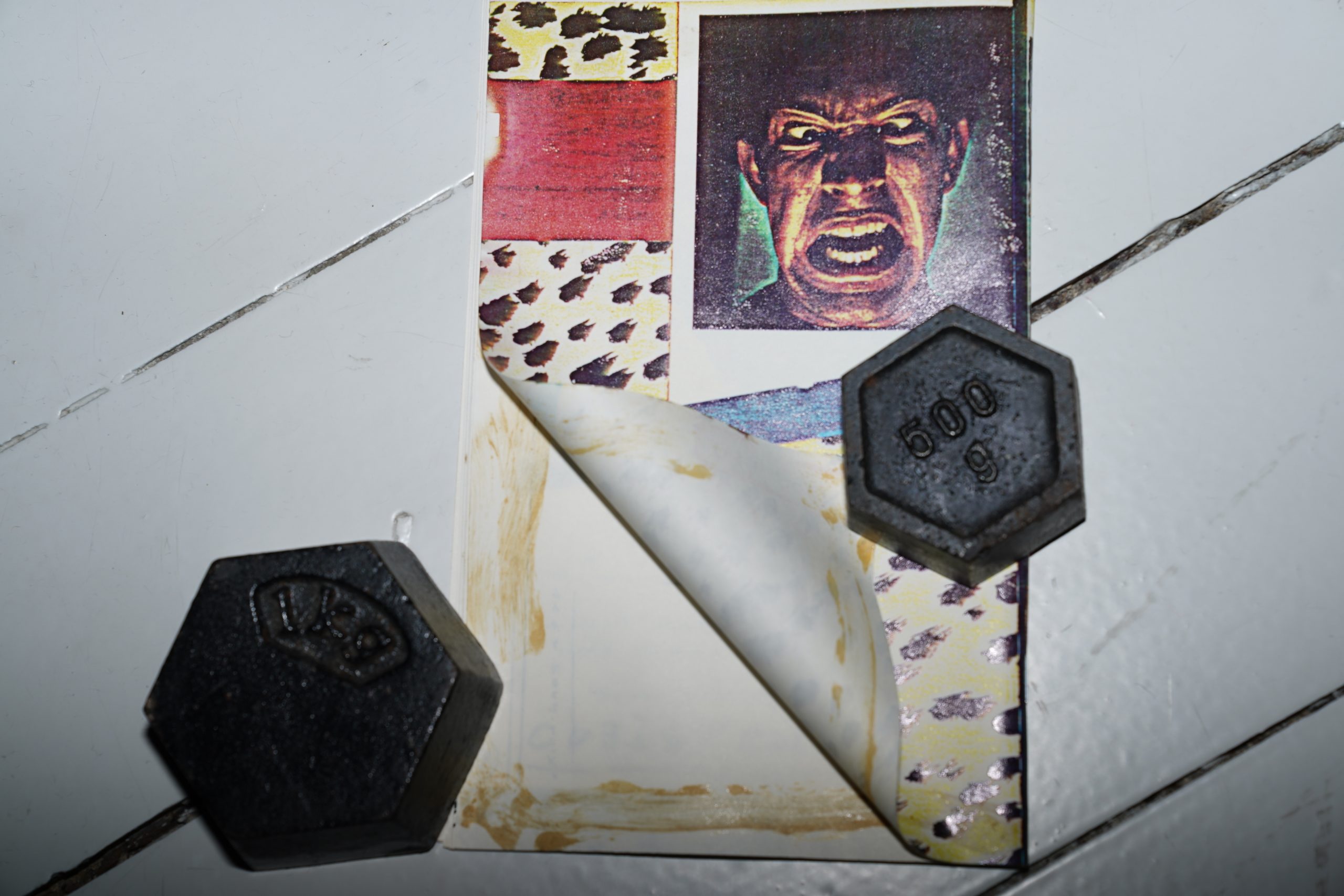 As you can see. the cover is basically a colour photostat (?) that’s been glued onto the black-and-white interiors.