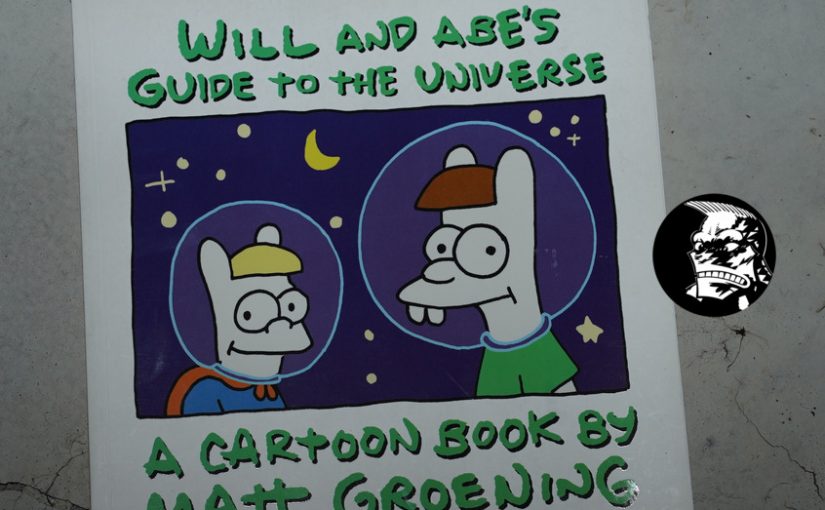 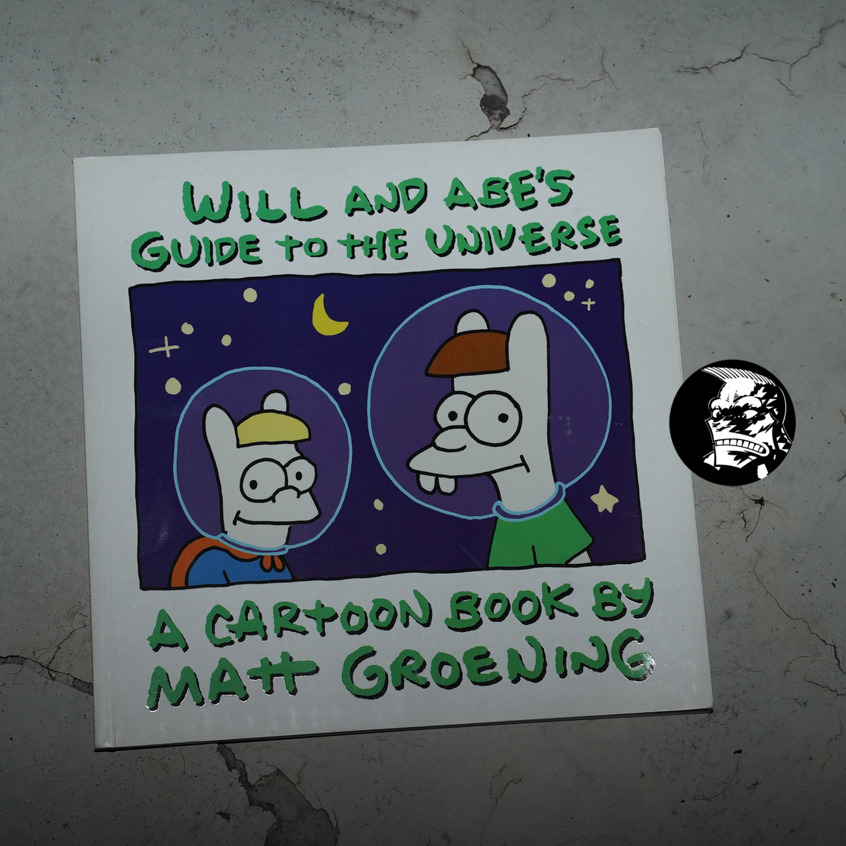 This is the final collection of Life in Hell strips, and I think I’ve covered them all? The Big Book of Hell and The Huge Book of Hell are collections of the other, er, collections, aren’t they? It’s impossible to google these things, because the publishers never mention tiny details like that…

In any case, this was published a decade after the previous collection, which… is pretty puzzling? According to wikipedia, the strip was published weekly until 2012, but nobody wanted to publish a collection of the stuff? It’s so weird to me: Matt Groening is still a huge name, so you’d think the collections would sell anyway… but… I guess the publishers know what they’re doing?

This collection is a return to the normal format — Binky’s Guide to Love was a bigger hardcover, but this is more modest. It’s just 80 pages, and it’s apparently just strips that are about Will and Abe (Simpsons two sons)? 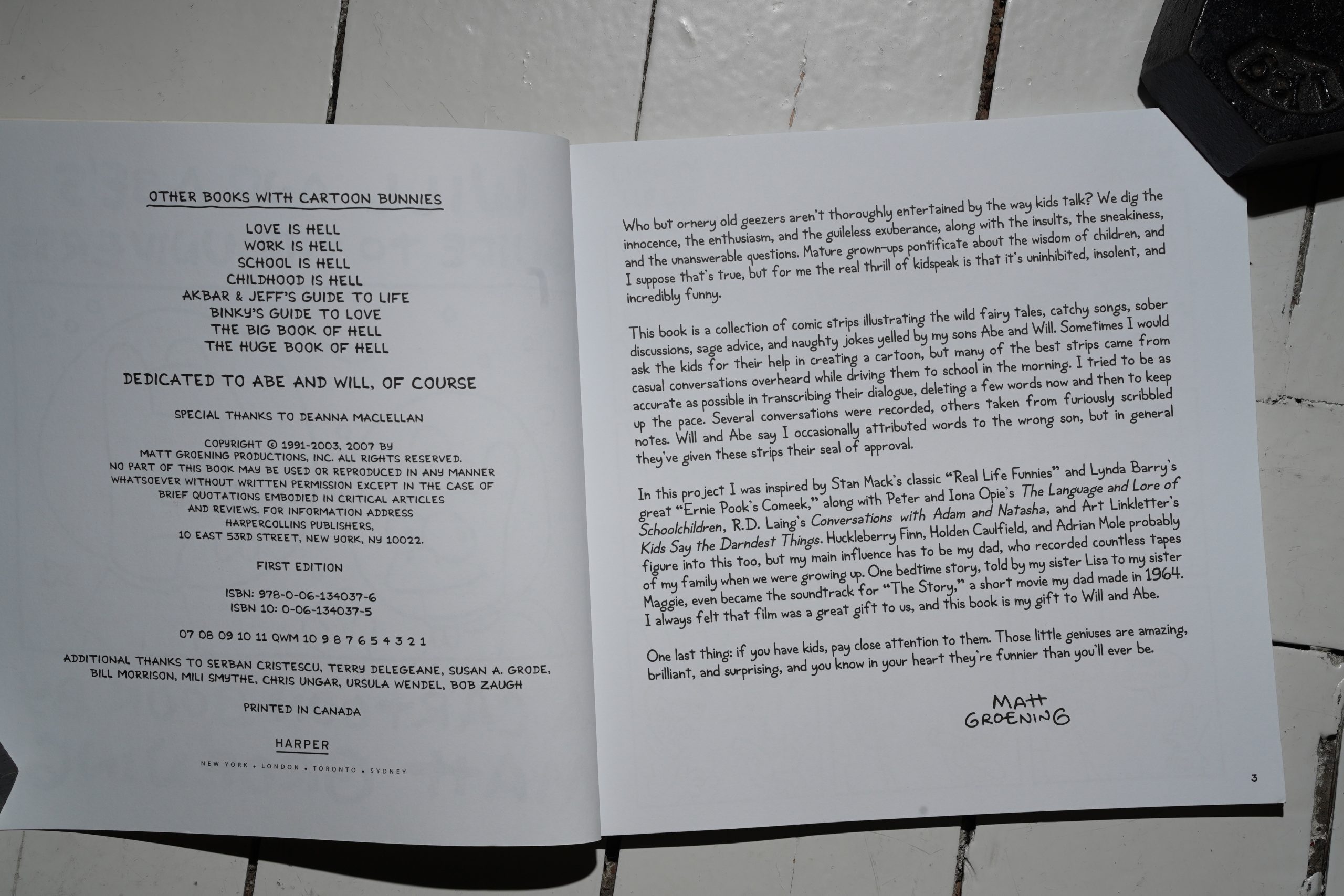 This time around, we get a written introduction by Groening that explains what we’re about to read, which is pretty unusual for one of these collections. 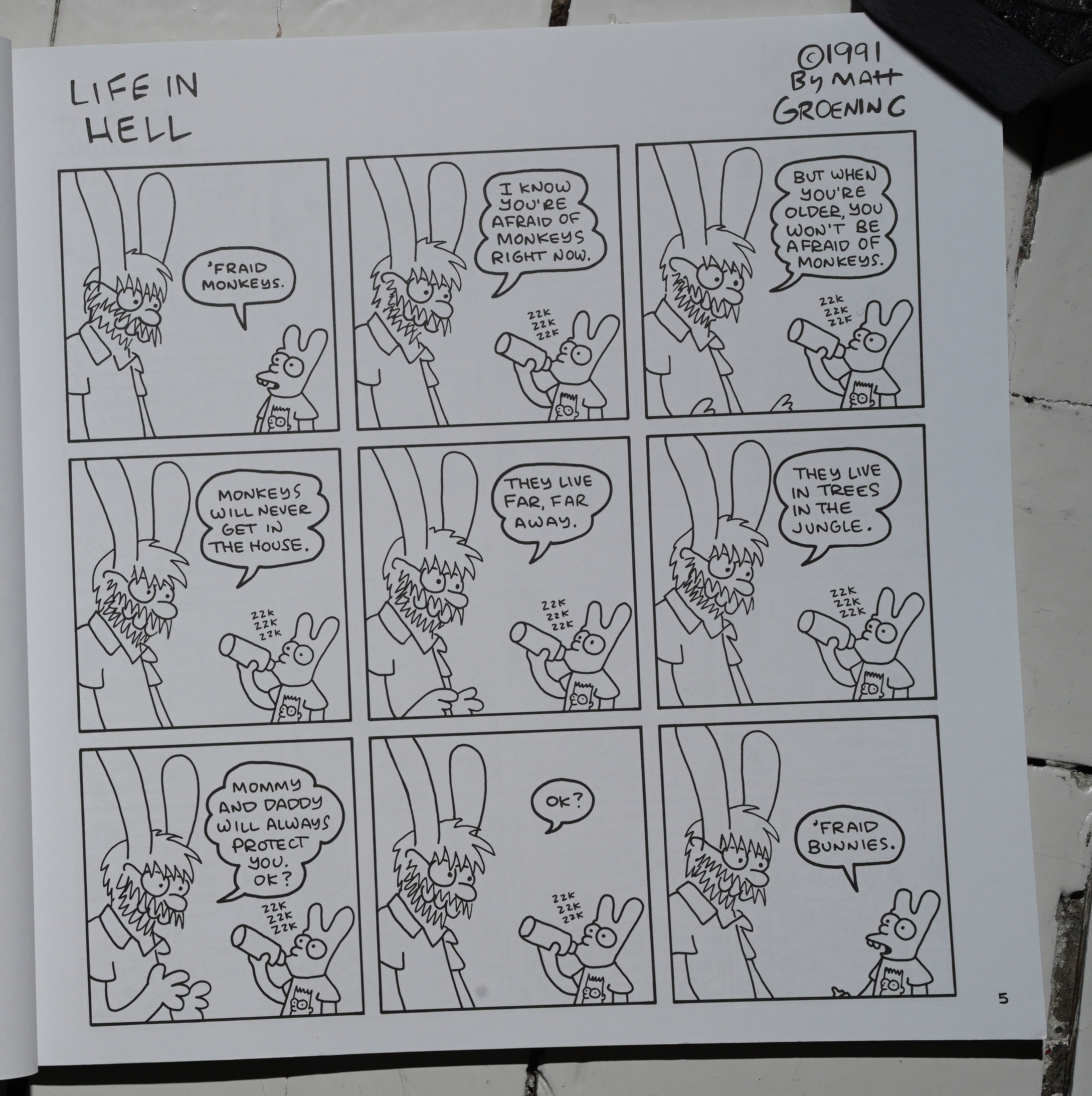 The book starts off with a bunch of strips that were already reprinted in previous collections. 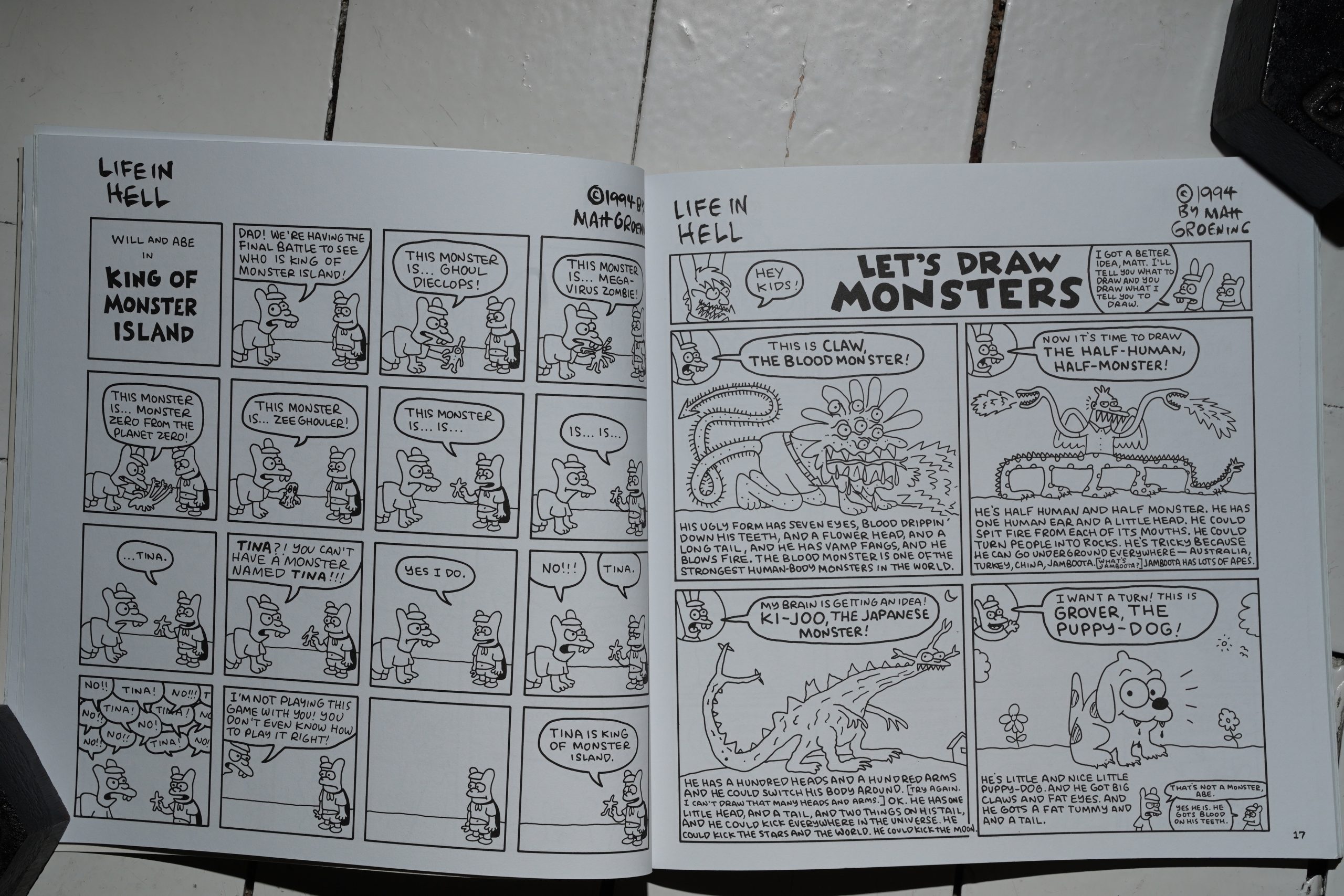 But then the rest is new… to me, at least. Hm. Perhaps I should buy those two Big/Huge collections… I won’t be able to get any sleep until I know whether there’s any strips in those books I haven’t read before. 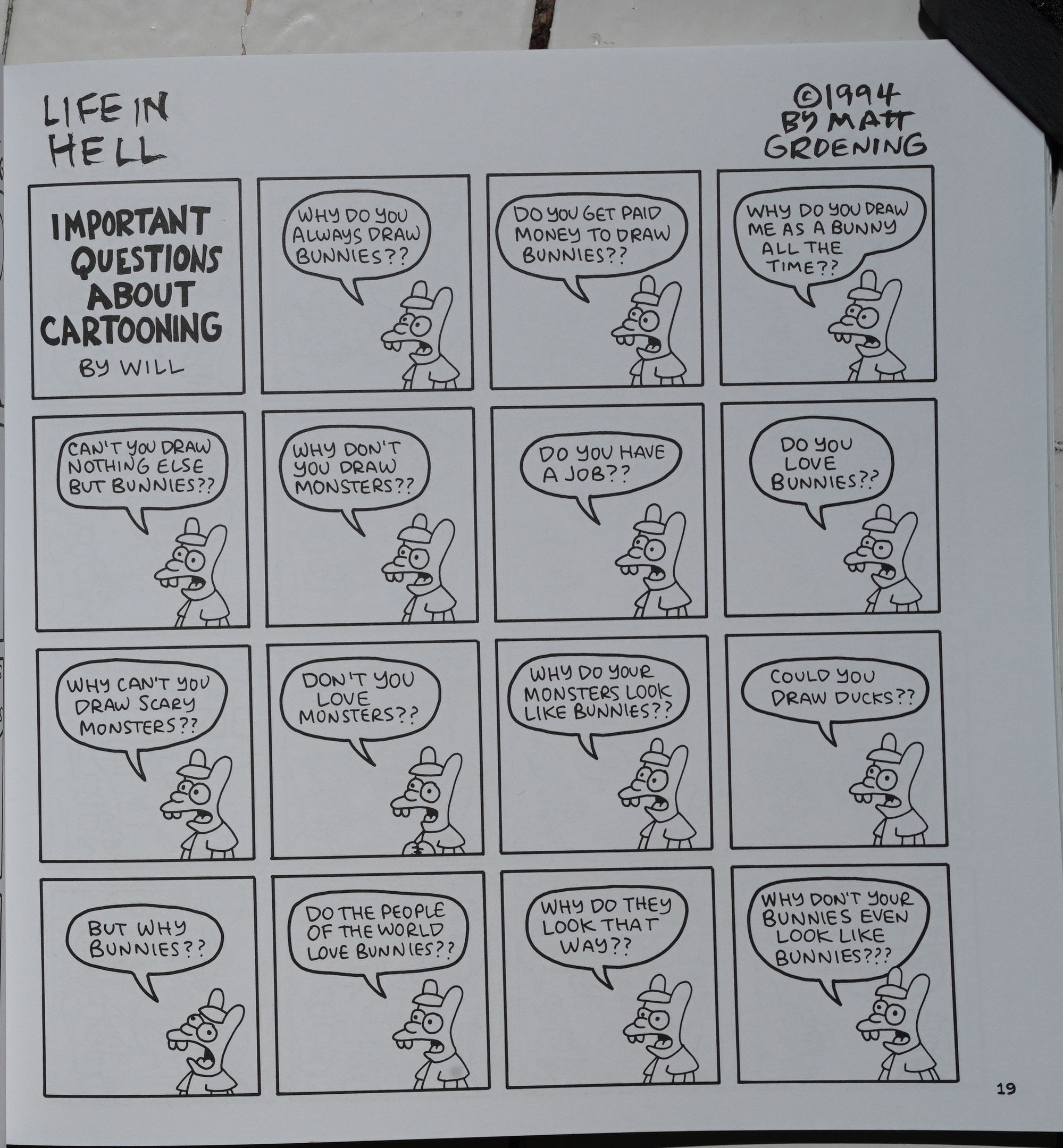 Will asks the real questions. 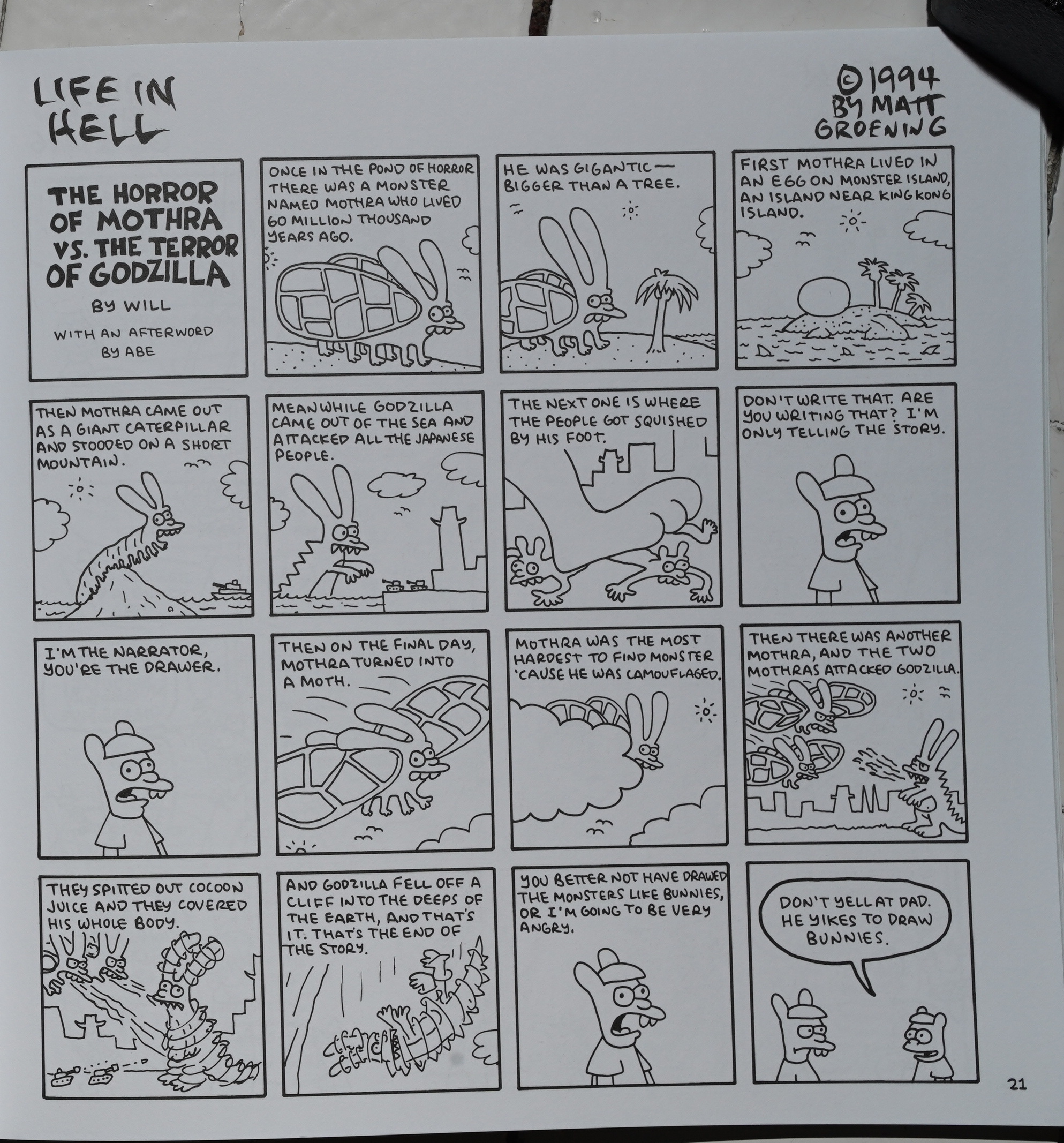 We get a series of stories told by Will (helped by Abe), illustrated by Groening, and it starts off pretty well… 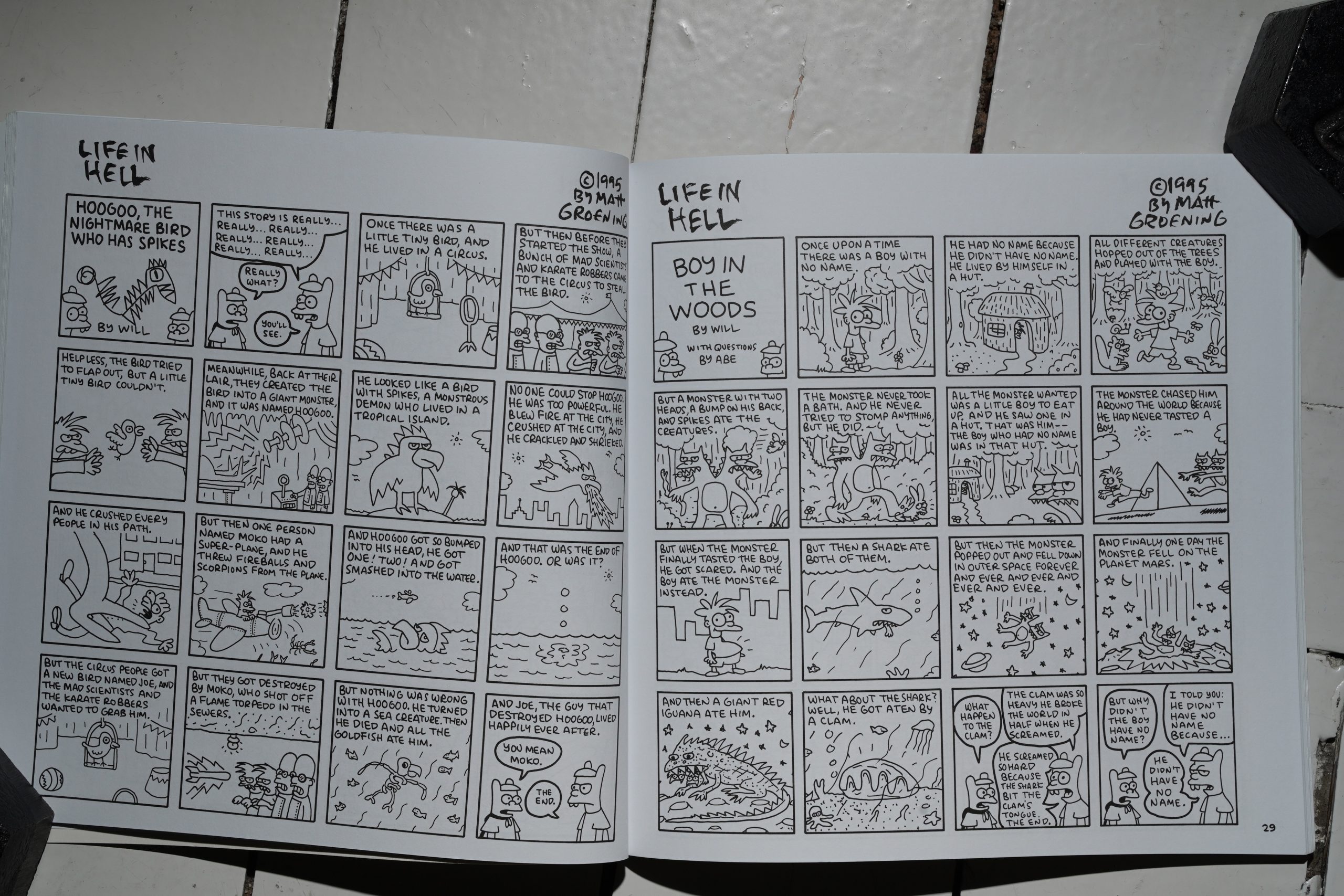 However, there’s too many pages that just go on and on like this. I mean, I appreciate the verisimilitude — reading these pages is just like listening to an eight-year-old tell a story. I think they’d read a whole lot better in the original context — one of these pages in the middle of some Akbar & Jeff hi-jinx is very different from reading page after page of this stuff. 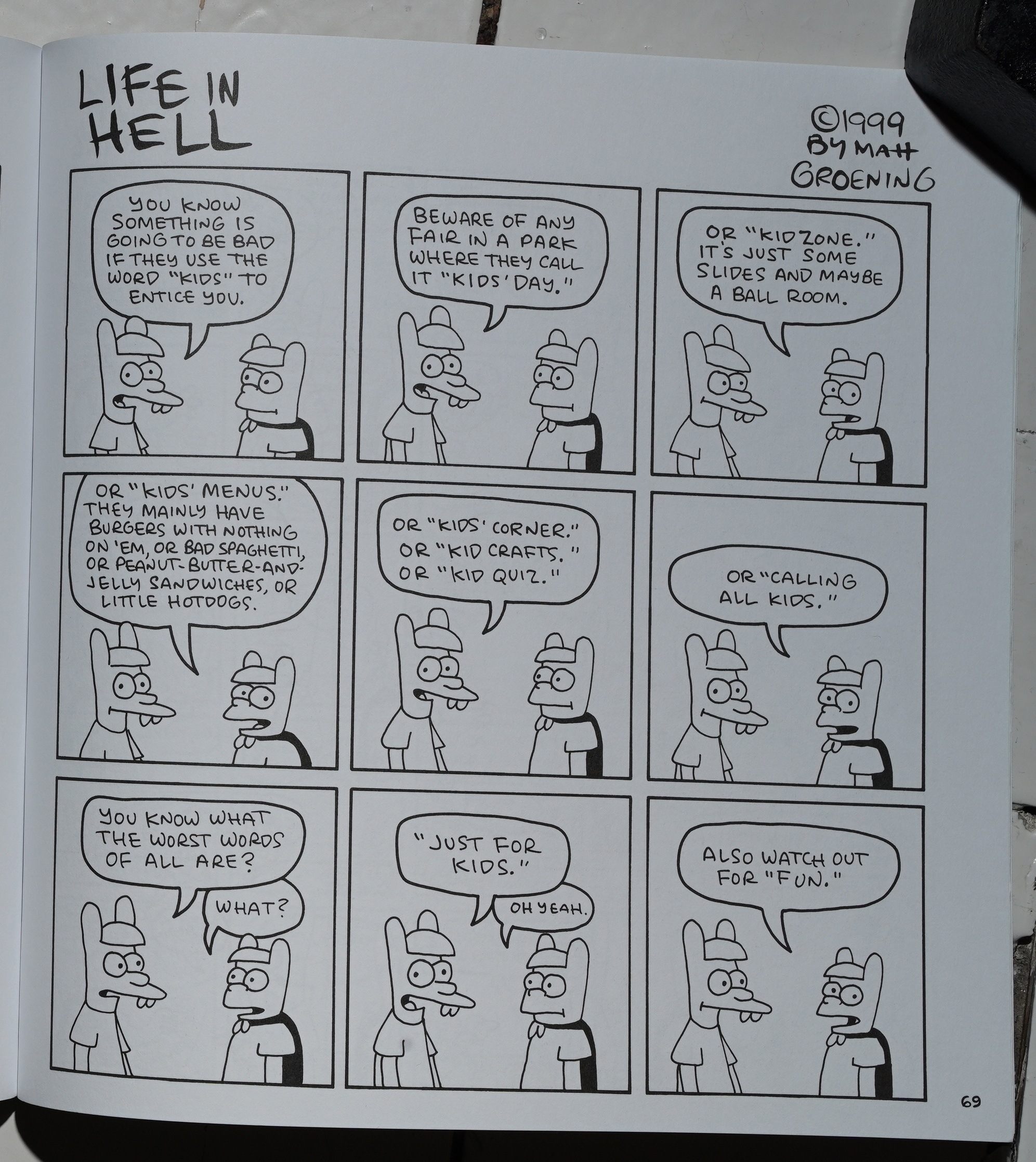 Fun is the worst! 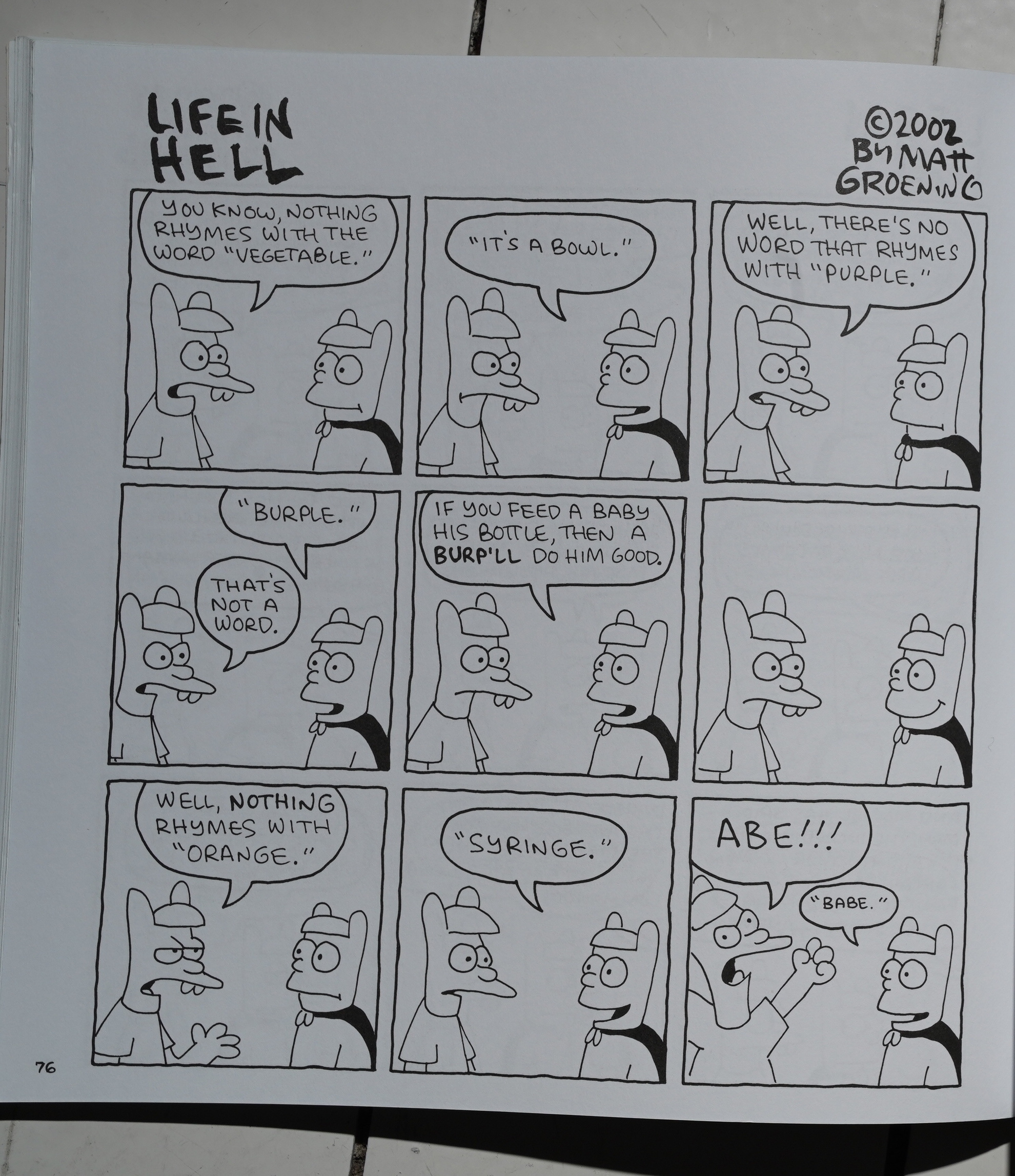 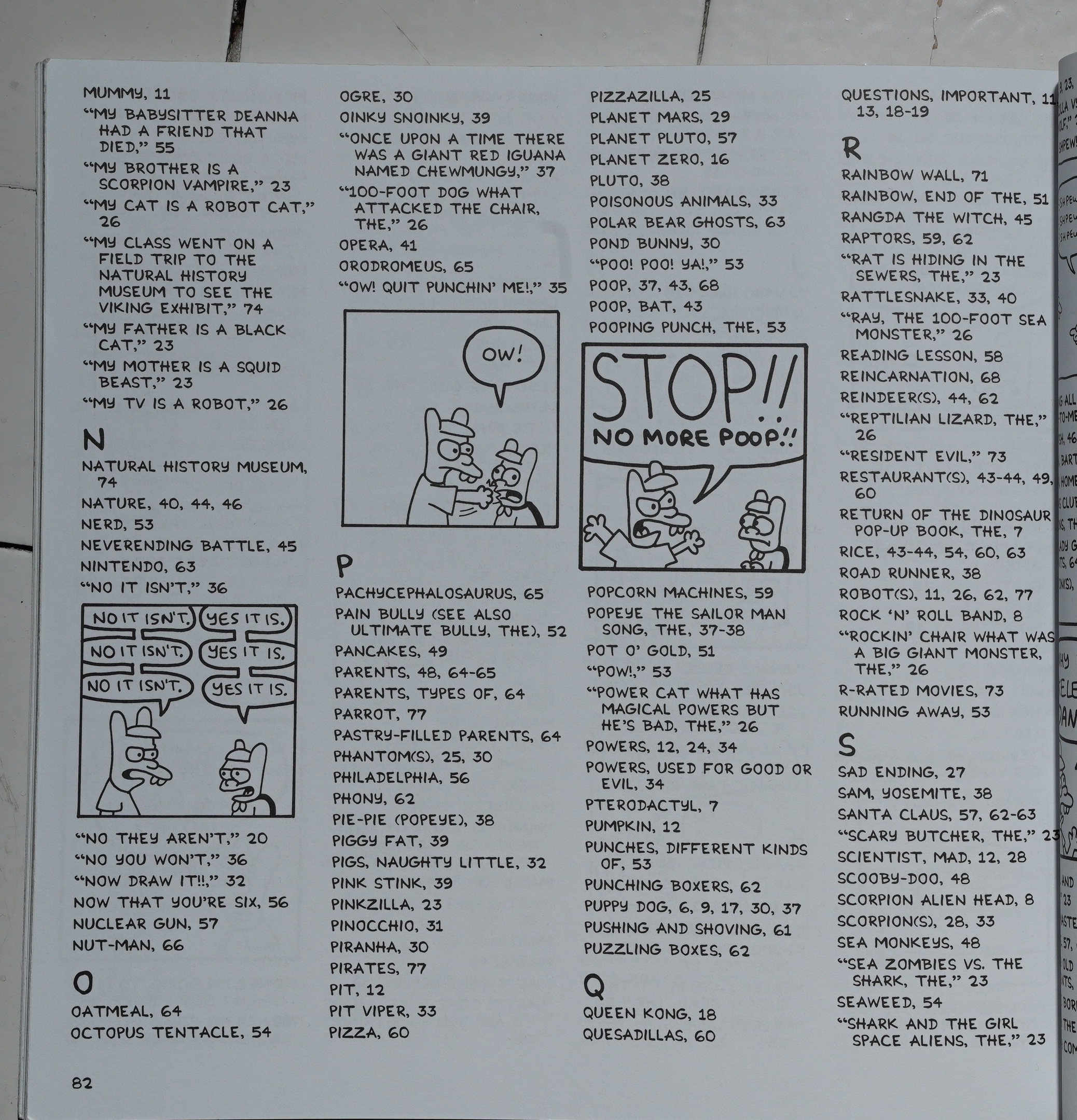 And there’s an extensive index, of course.

And… that’s it. This includes strips drawn in 2003, and the book was published in 2007. Groening continued the strip until 2012, but there’s been no collections published.