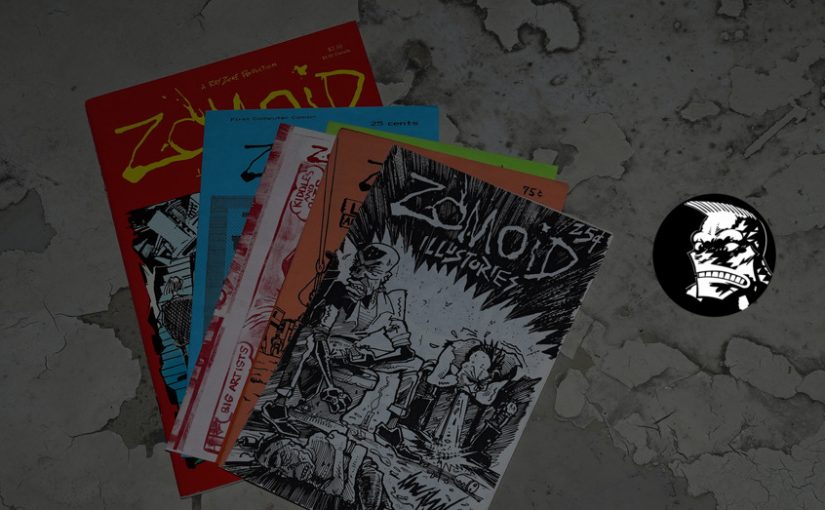 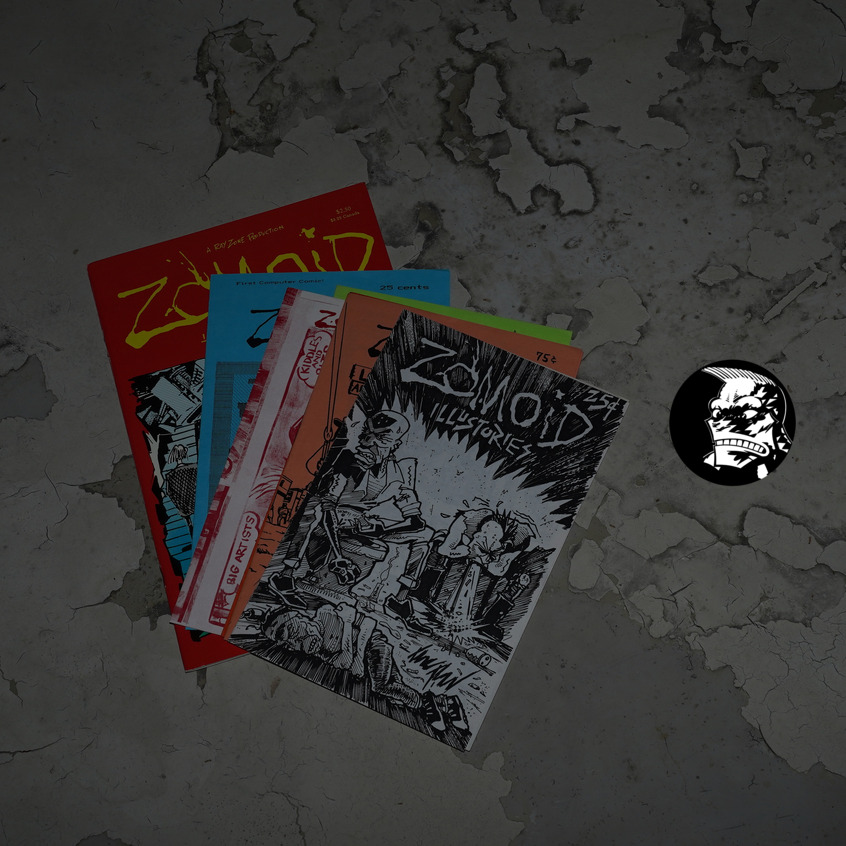 I was ebaying for “punk comics”, as one does, and a collection of Zomoid Illustories appeared. I had the standard US comics-sized one already (it’s the one with the red cover up there), but I was wondering what the minis were like. 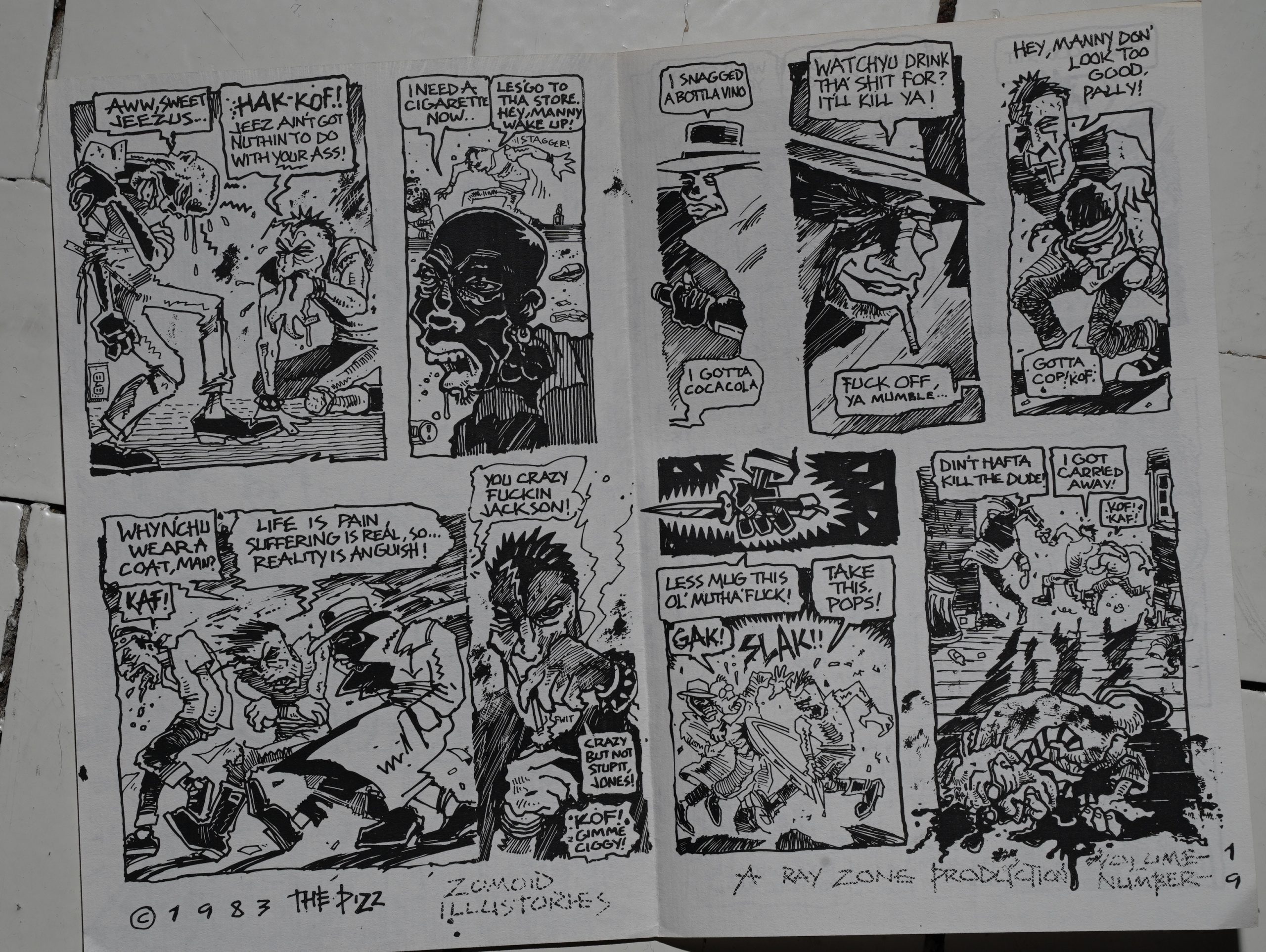 Very varied. Here’s The Pizz, for instance, who’d done a lot of newave/mini comics at the time. 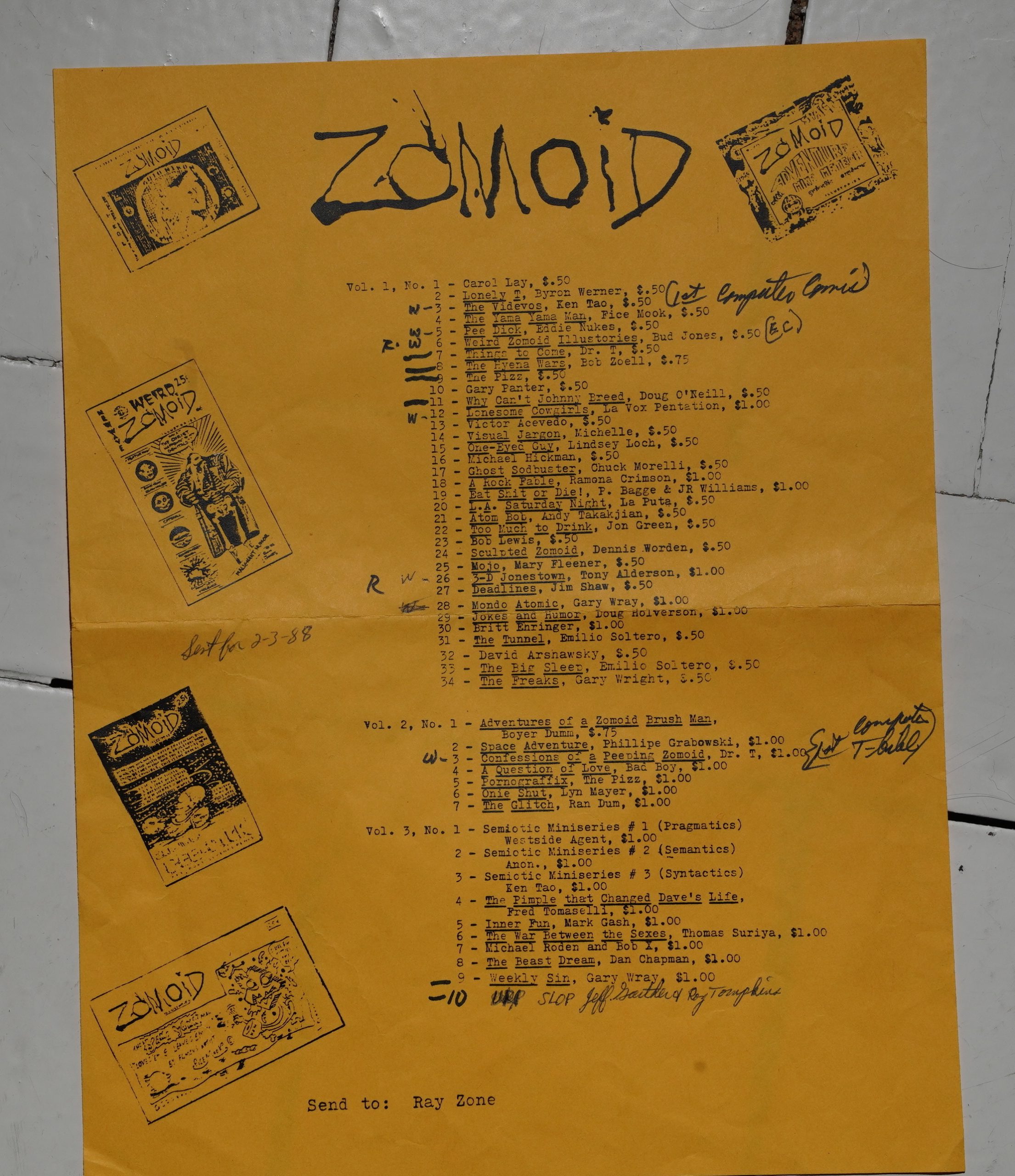 An… inventory sheet? Oh, yeah, some of these may come from Ray Zone’s collection — I saw a bunch of comics from that collection being sold off on ebay. 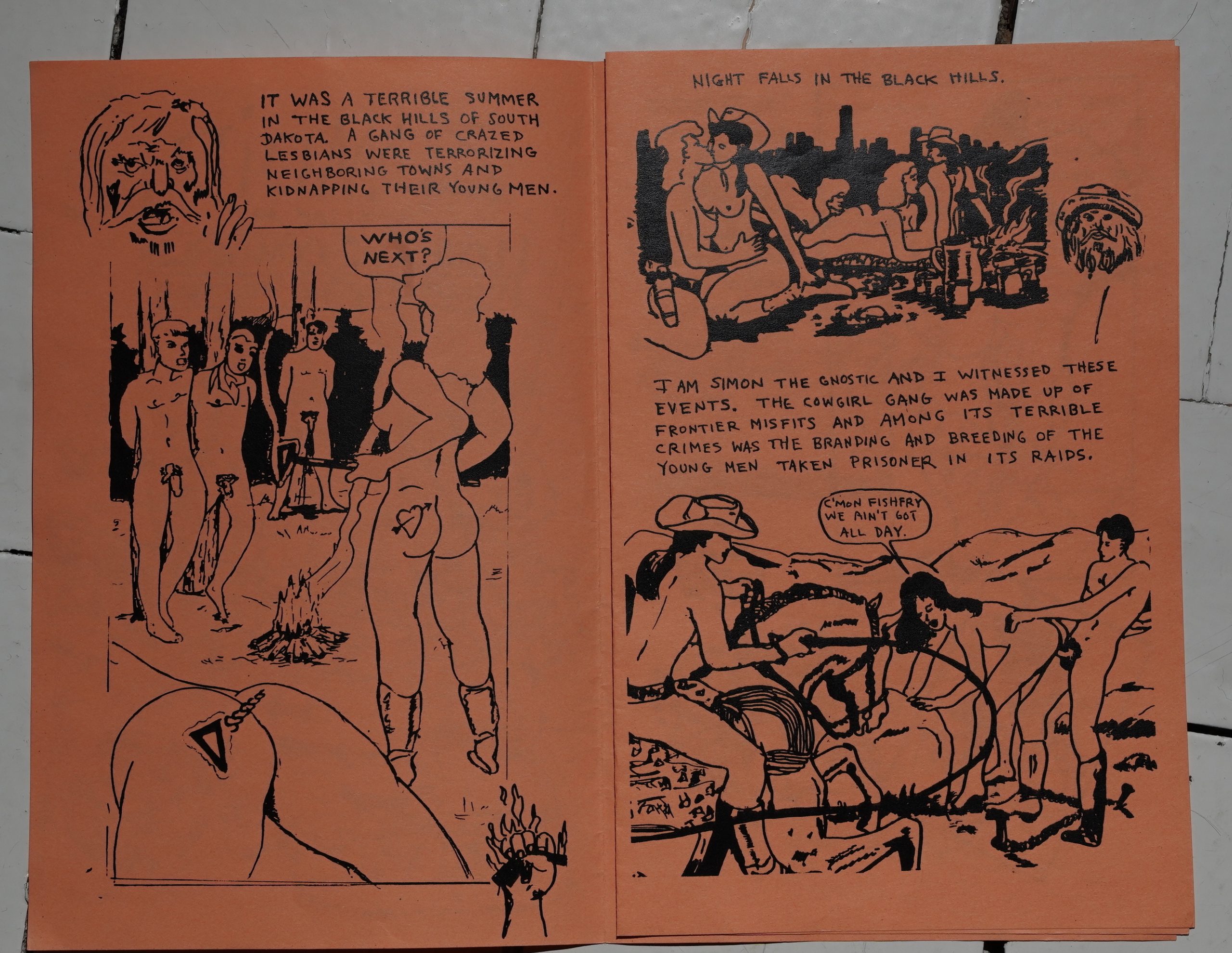 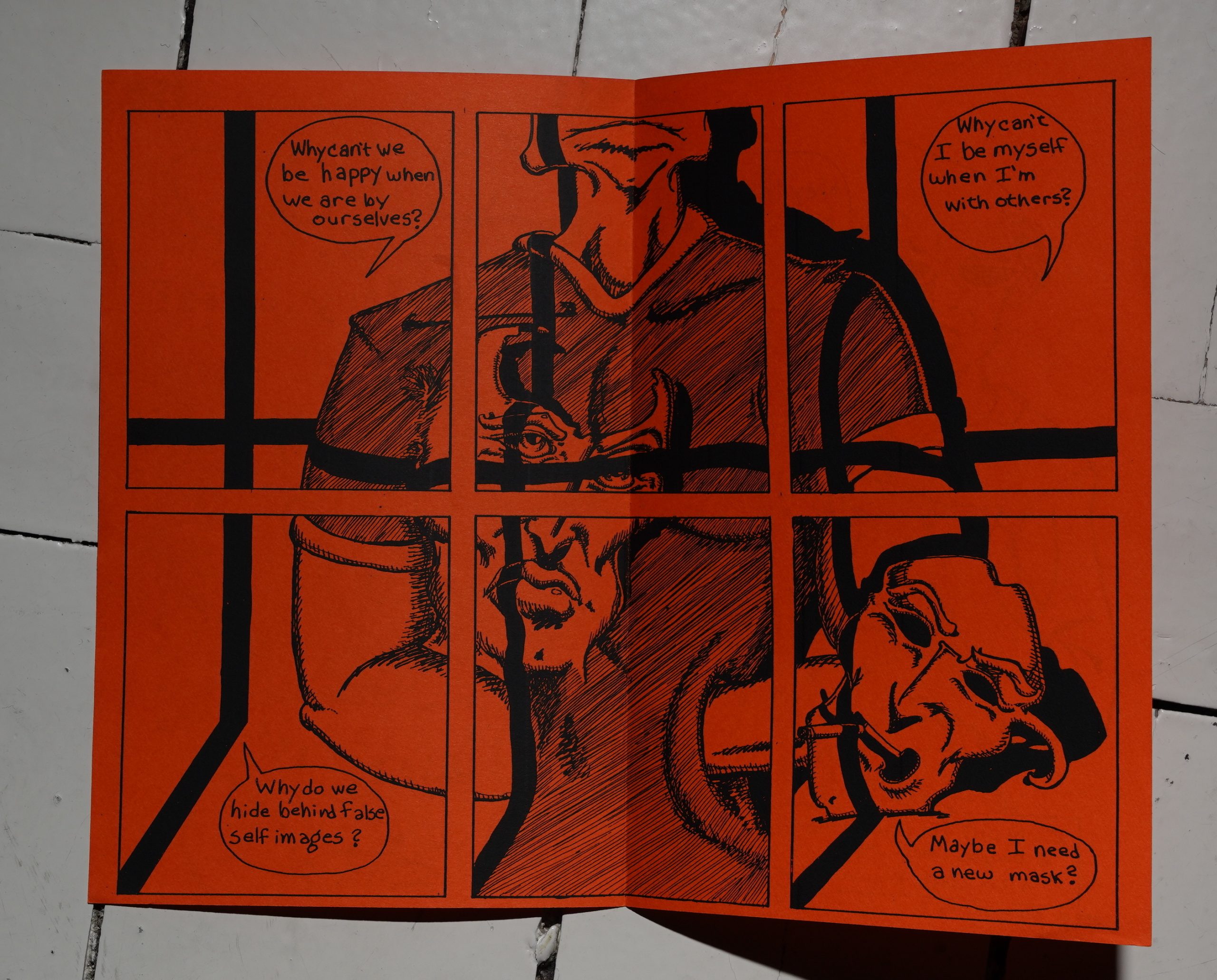 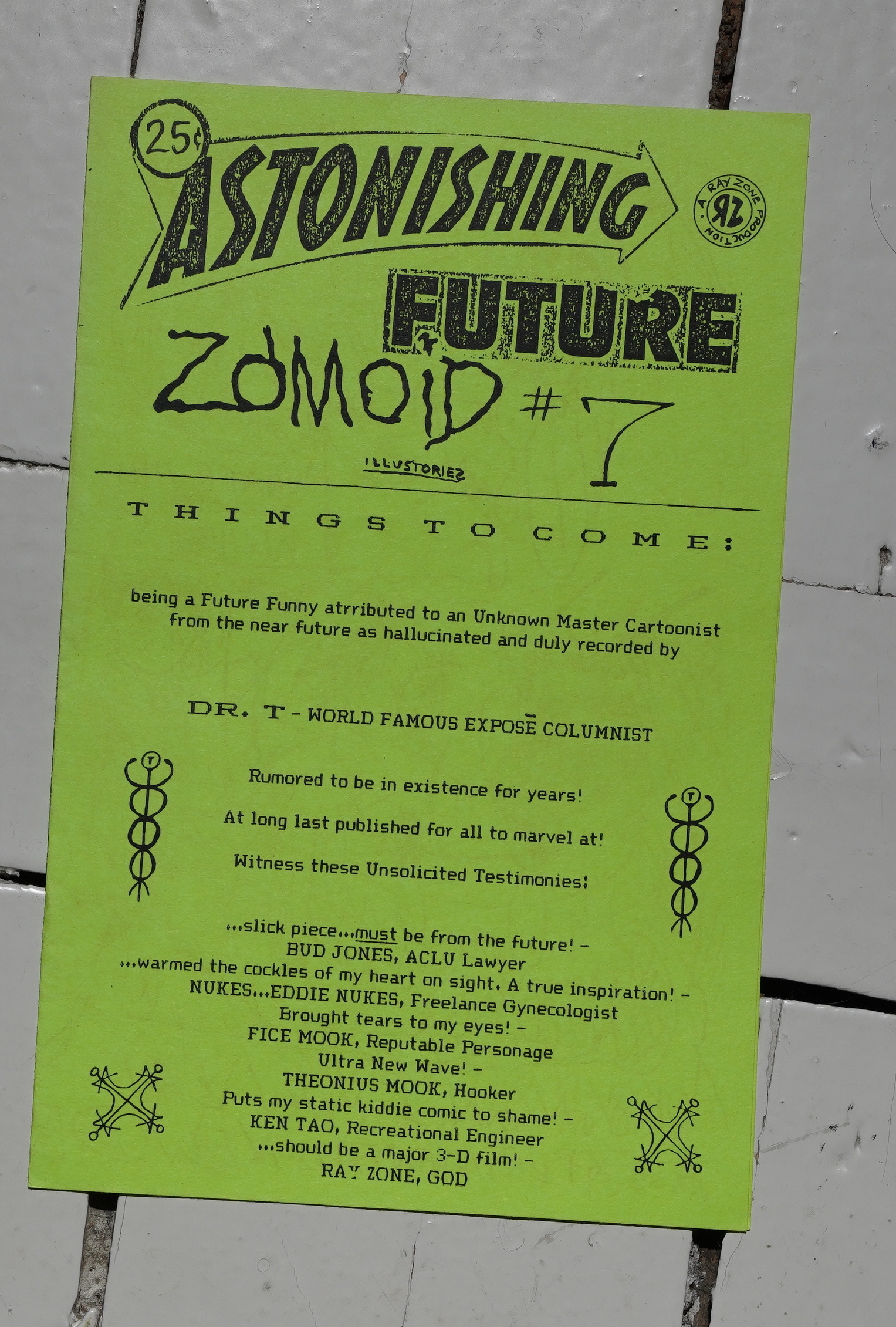 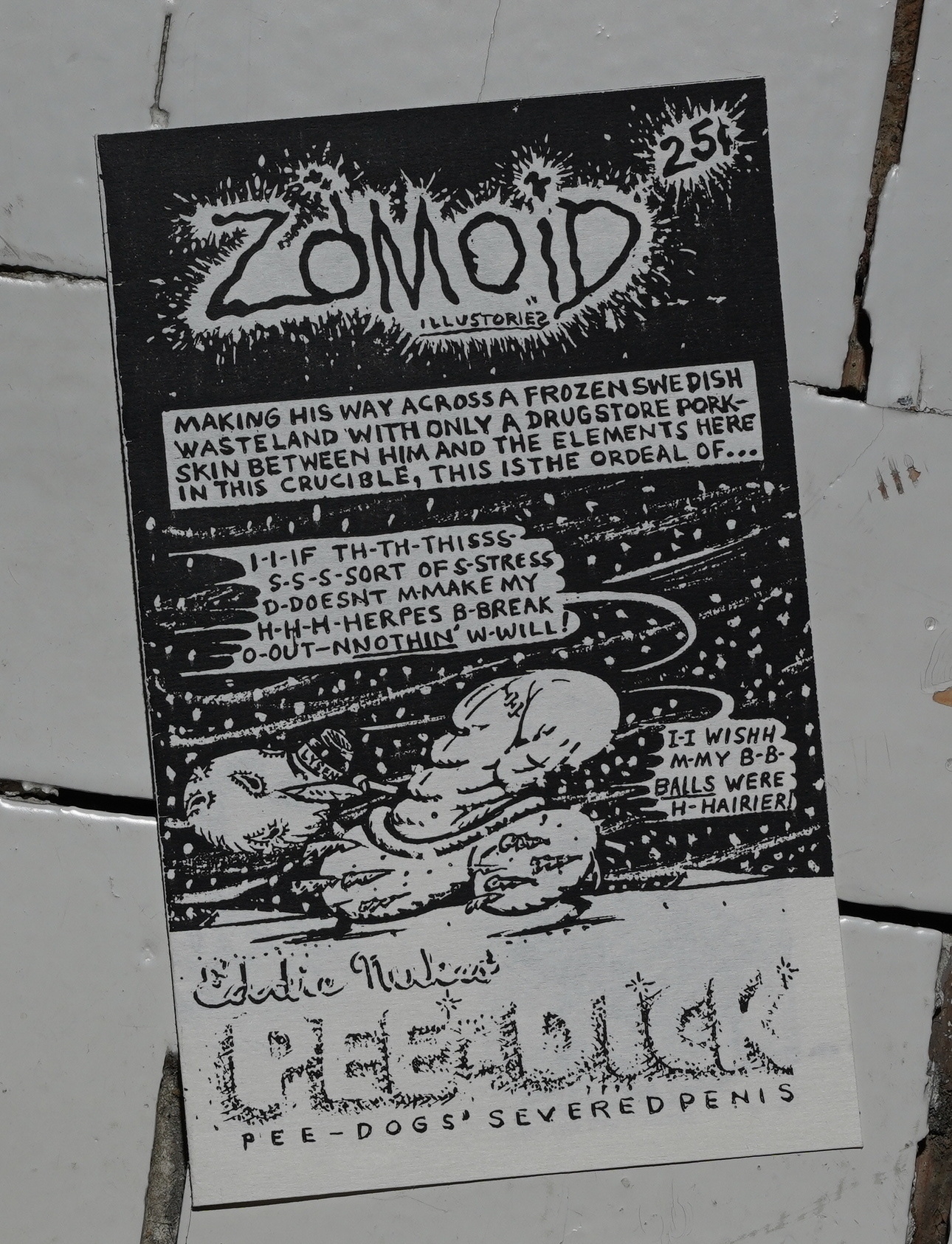 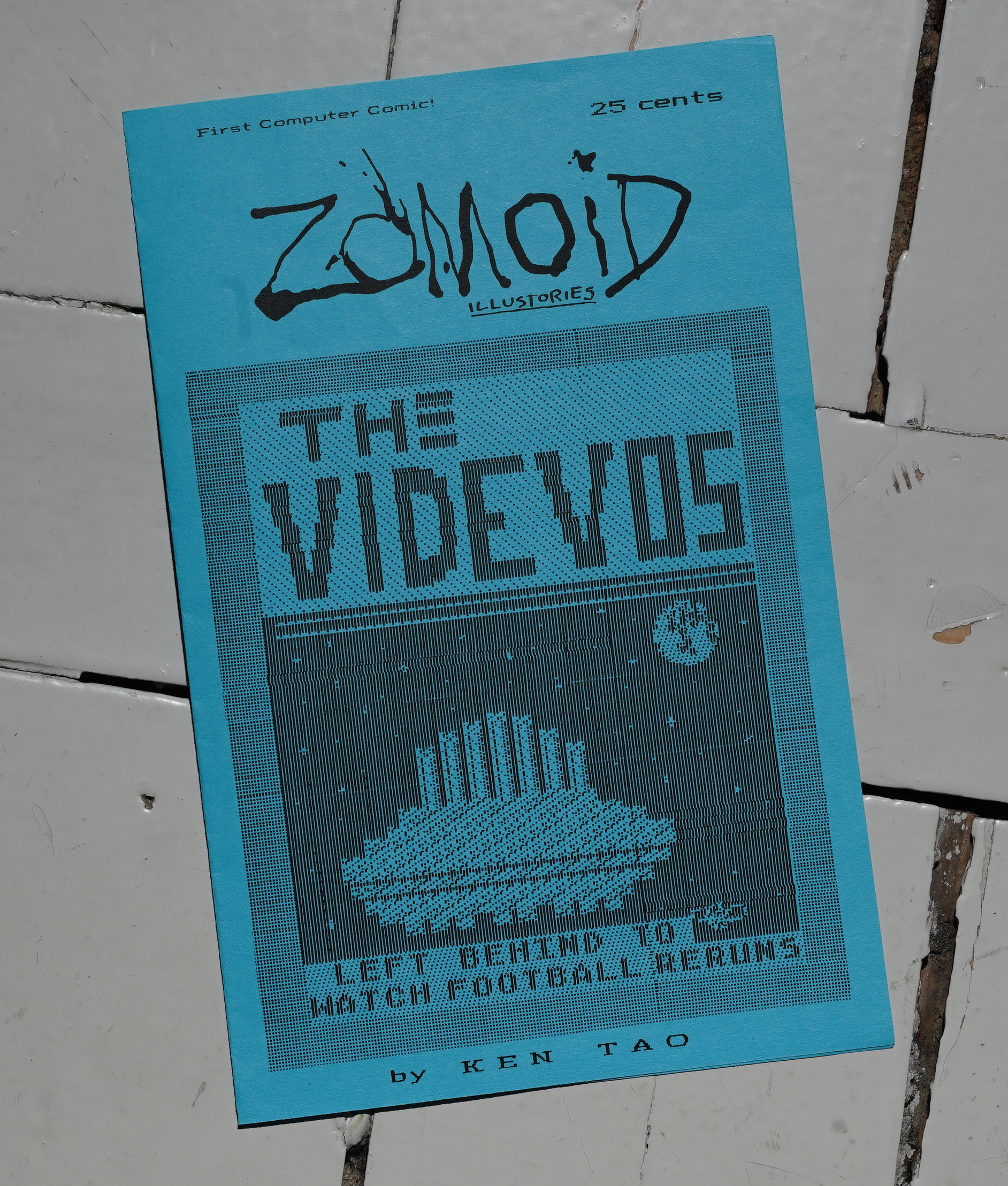 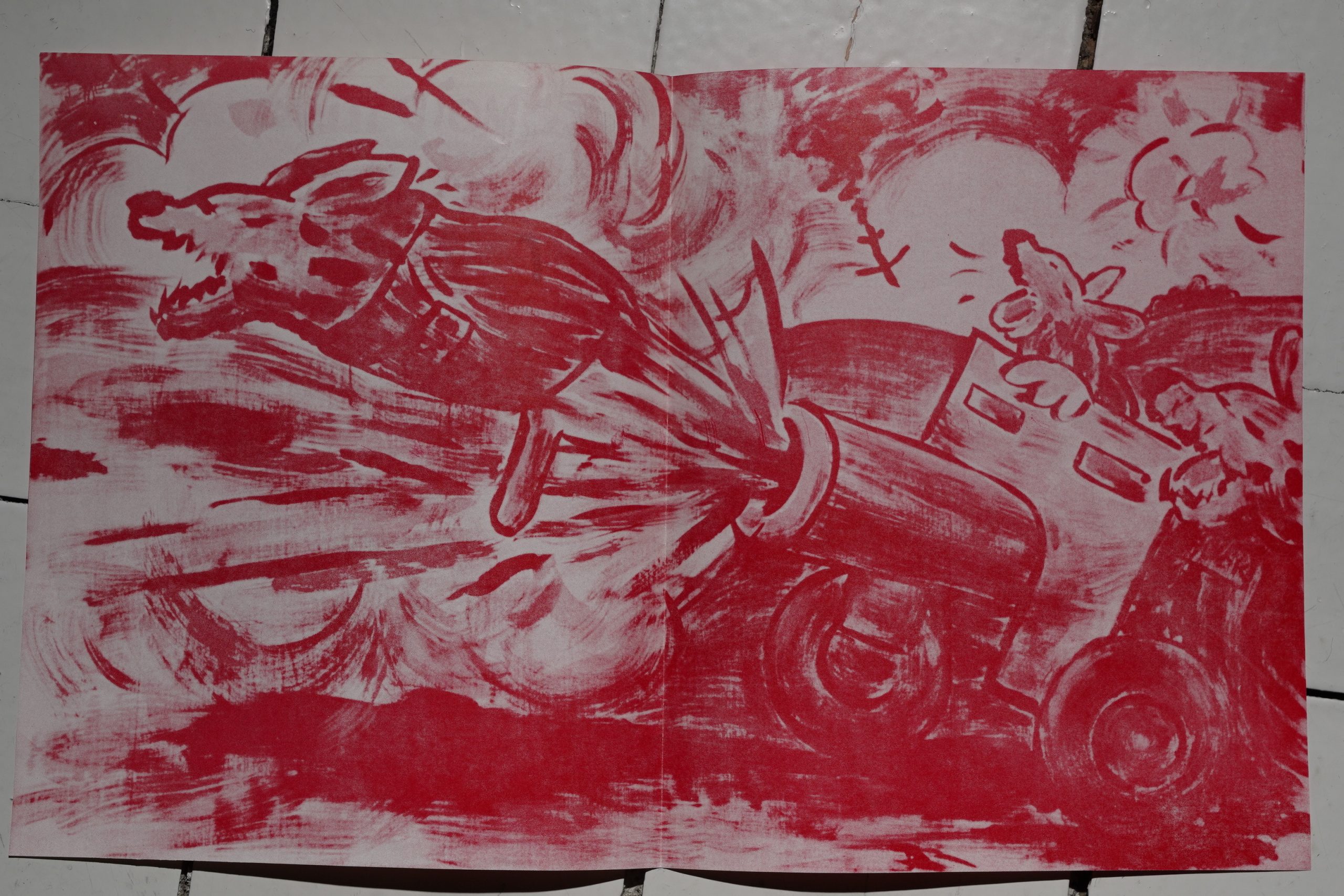 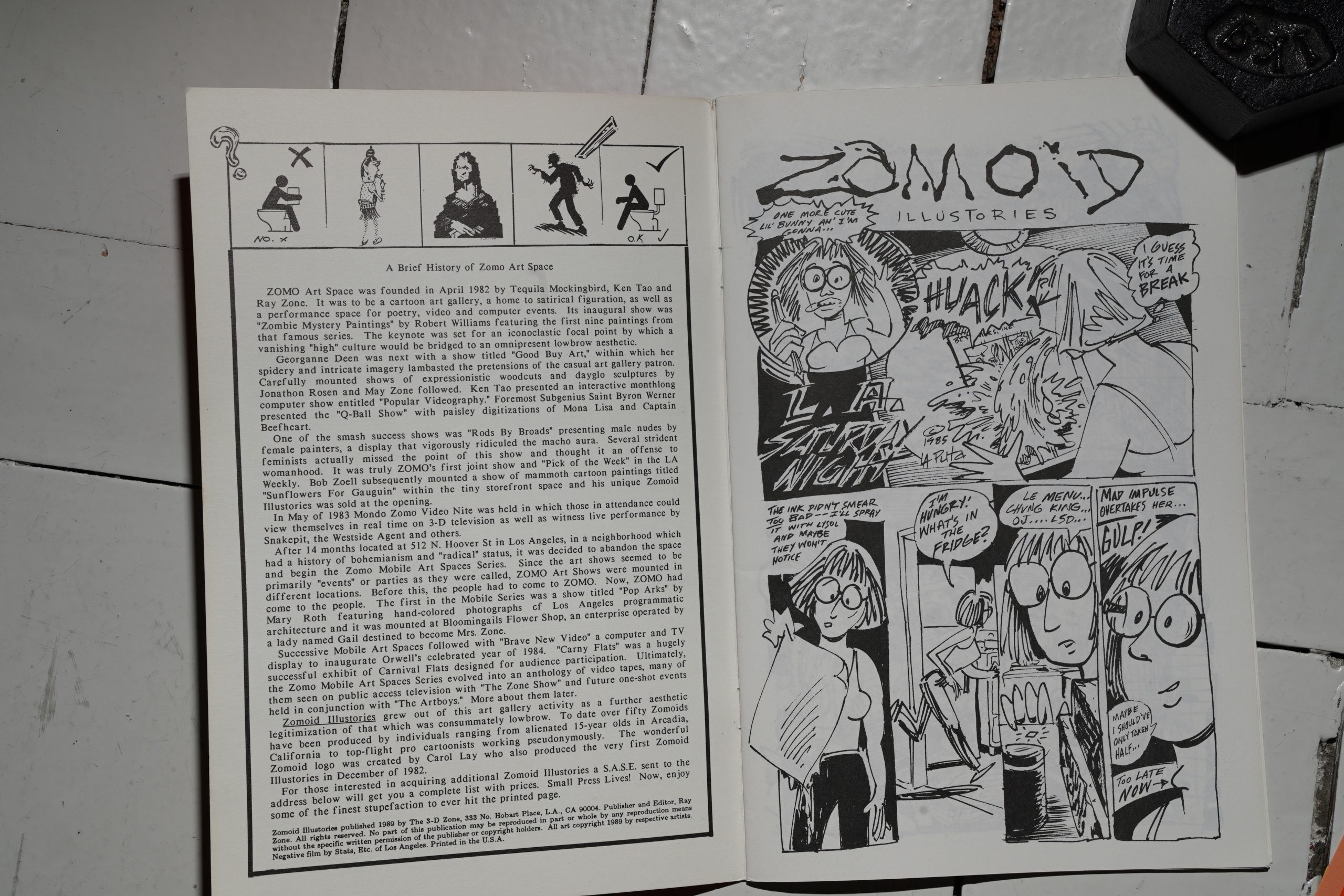 And then finally the book I had, which turns out to be a reprint of various minis (I think? it doesn’t say so explicitly). 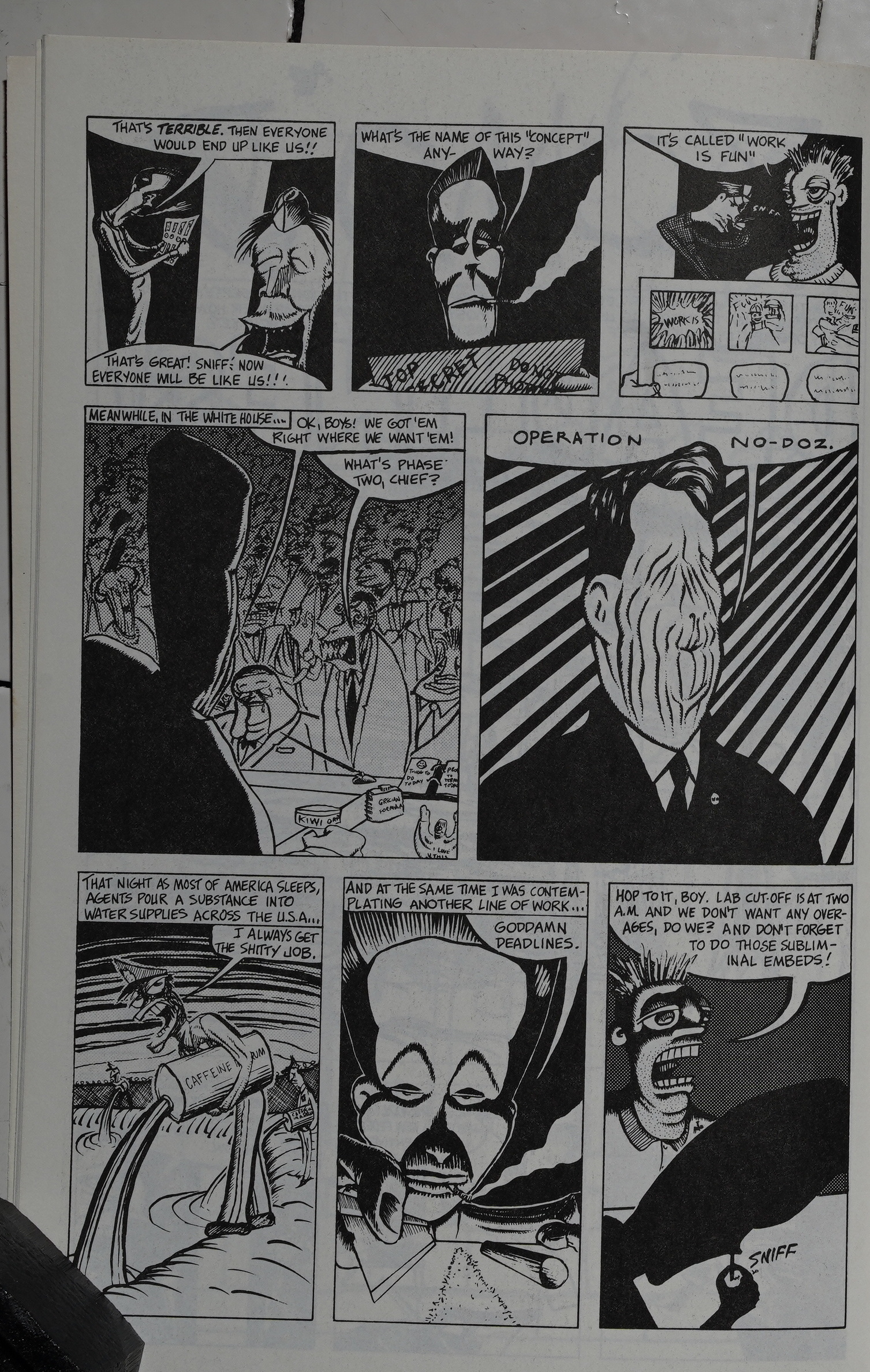 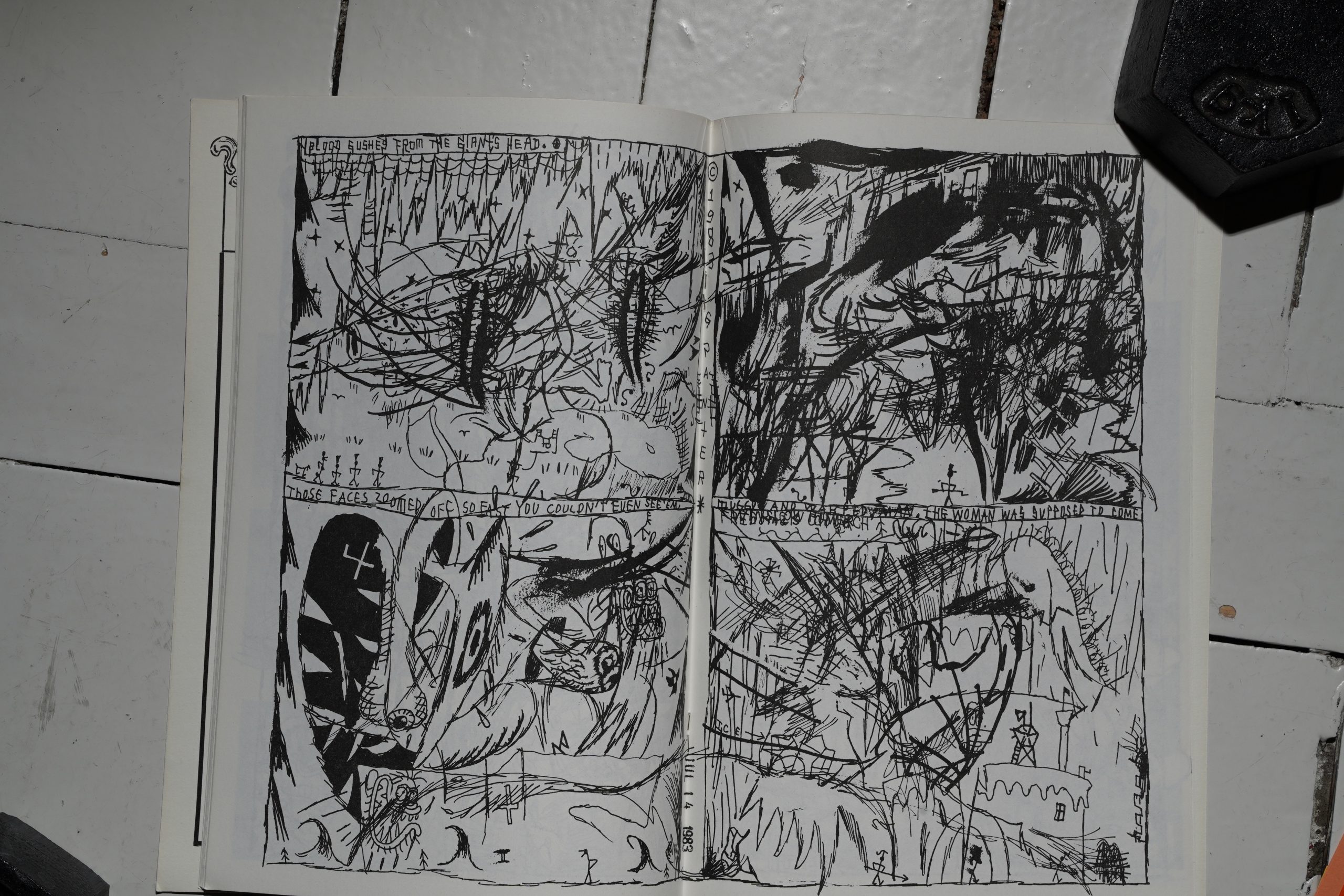 Then! Suddenly! Four pages of prime Gary Panter! I knew there had to be a reason I had bought this at the time… 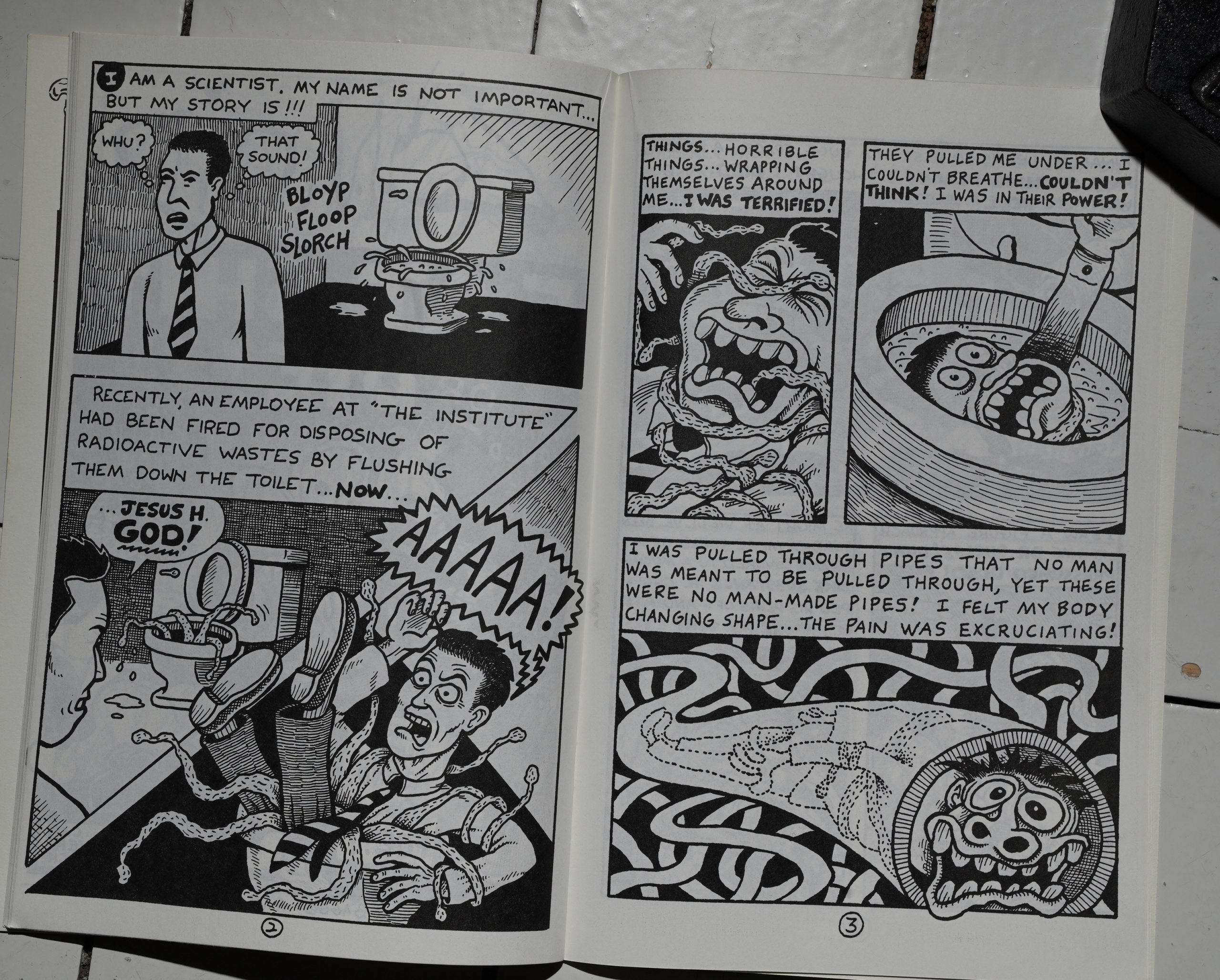 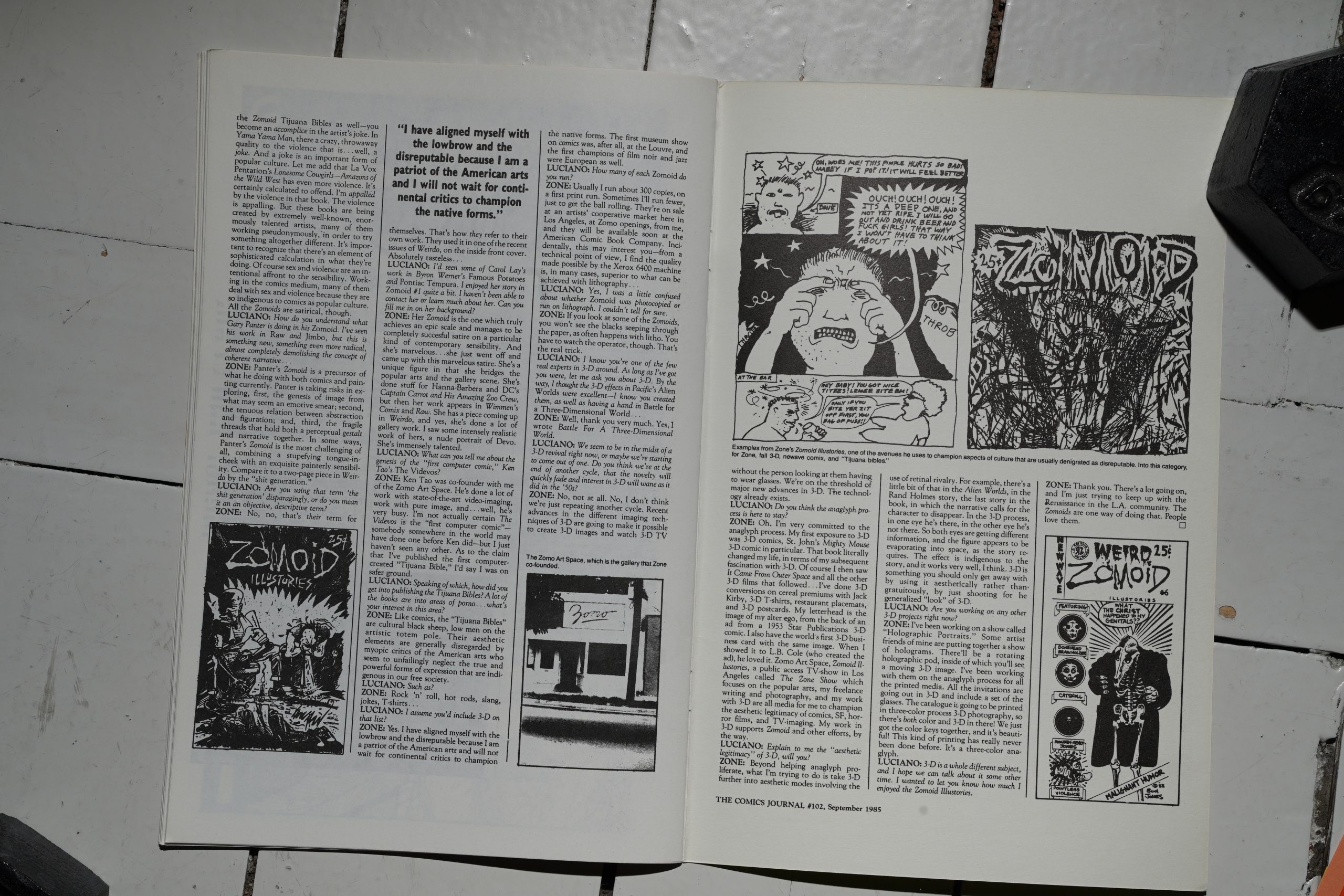 And then a reprint of an interview with Ray Zone from The Comics Journal.

So there you go. I’m not really much of a fan of stuff from the newave/mini comics sphere — it’s usually really unambitious work. Which I guess is what many people like about it: The freedom it represents?