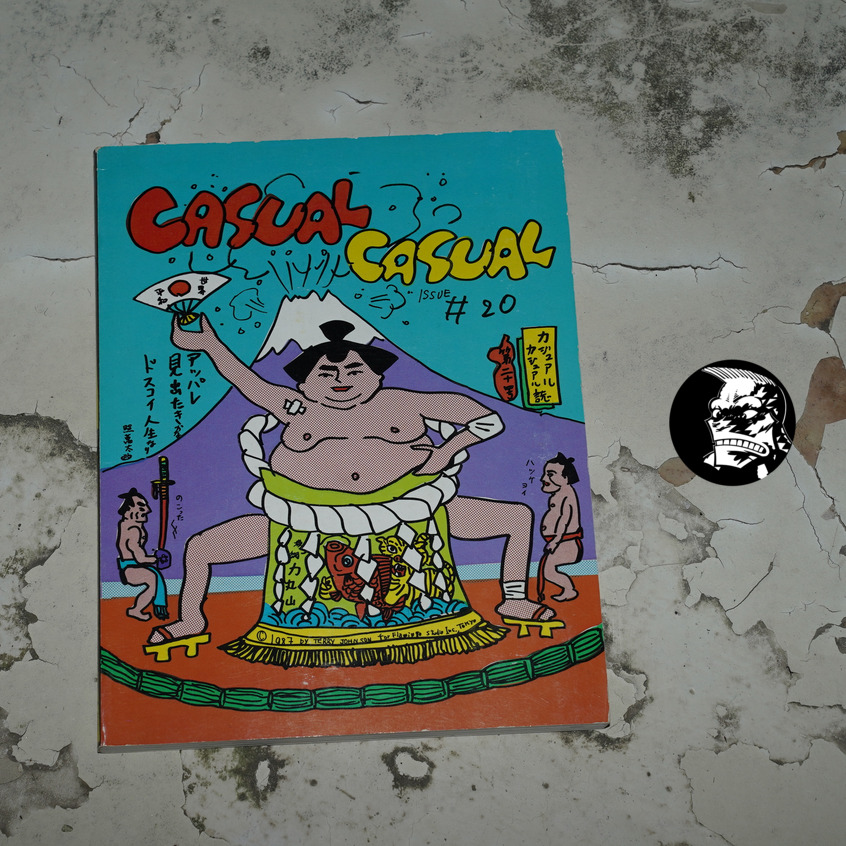 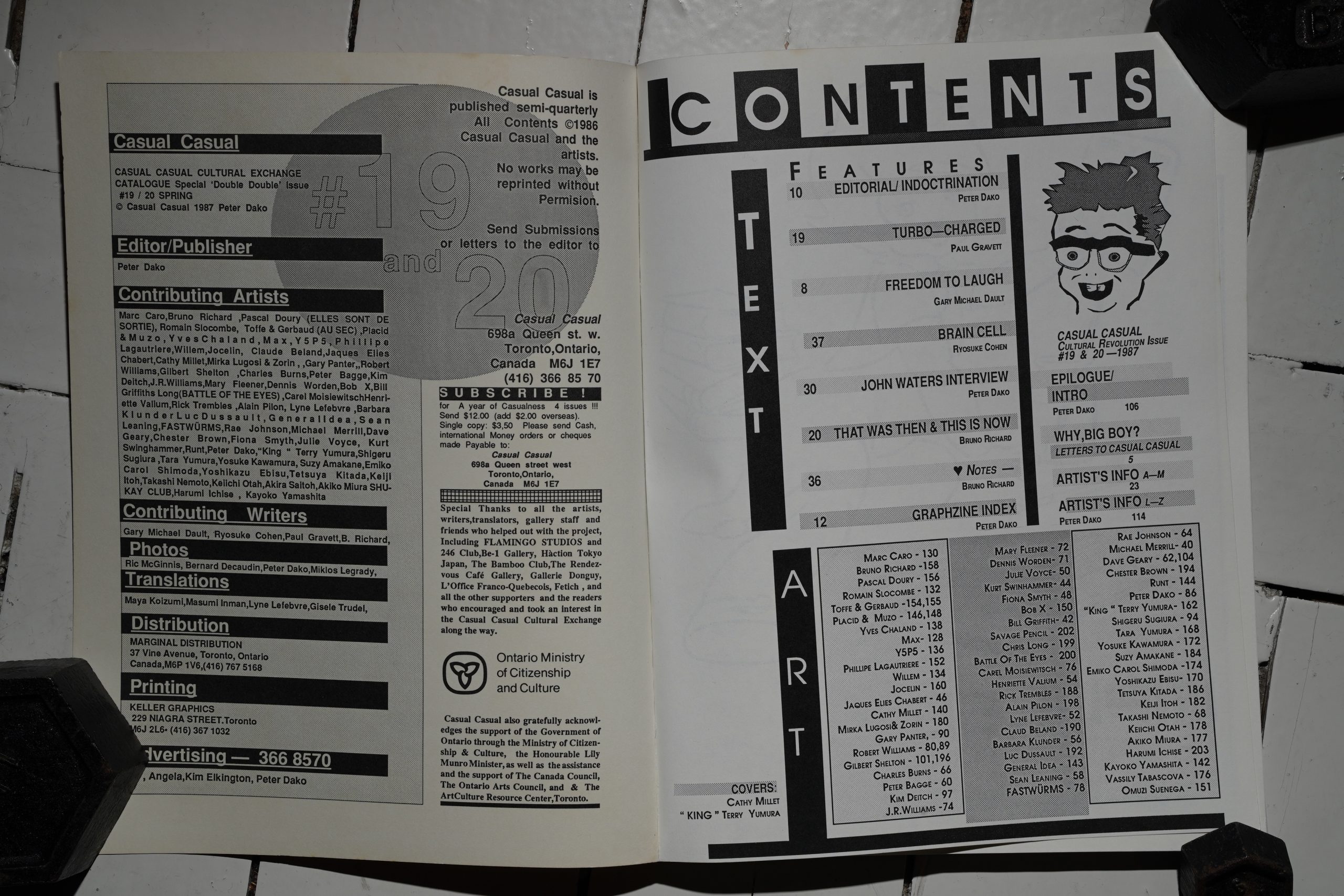 I blogged about Casual Causal some before, and in those issues, Peter Dako talked about putting on a travelling show exhibiting a bunch of artists. And now he’s finally gotten money from the gummint, so he’s doing it, and this 200 page magazine-sized publication is the result. It’s also the final Casual Casual issue. 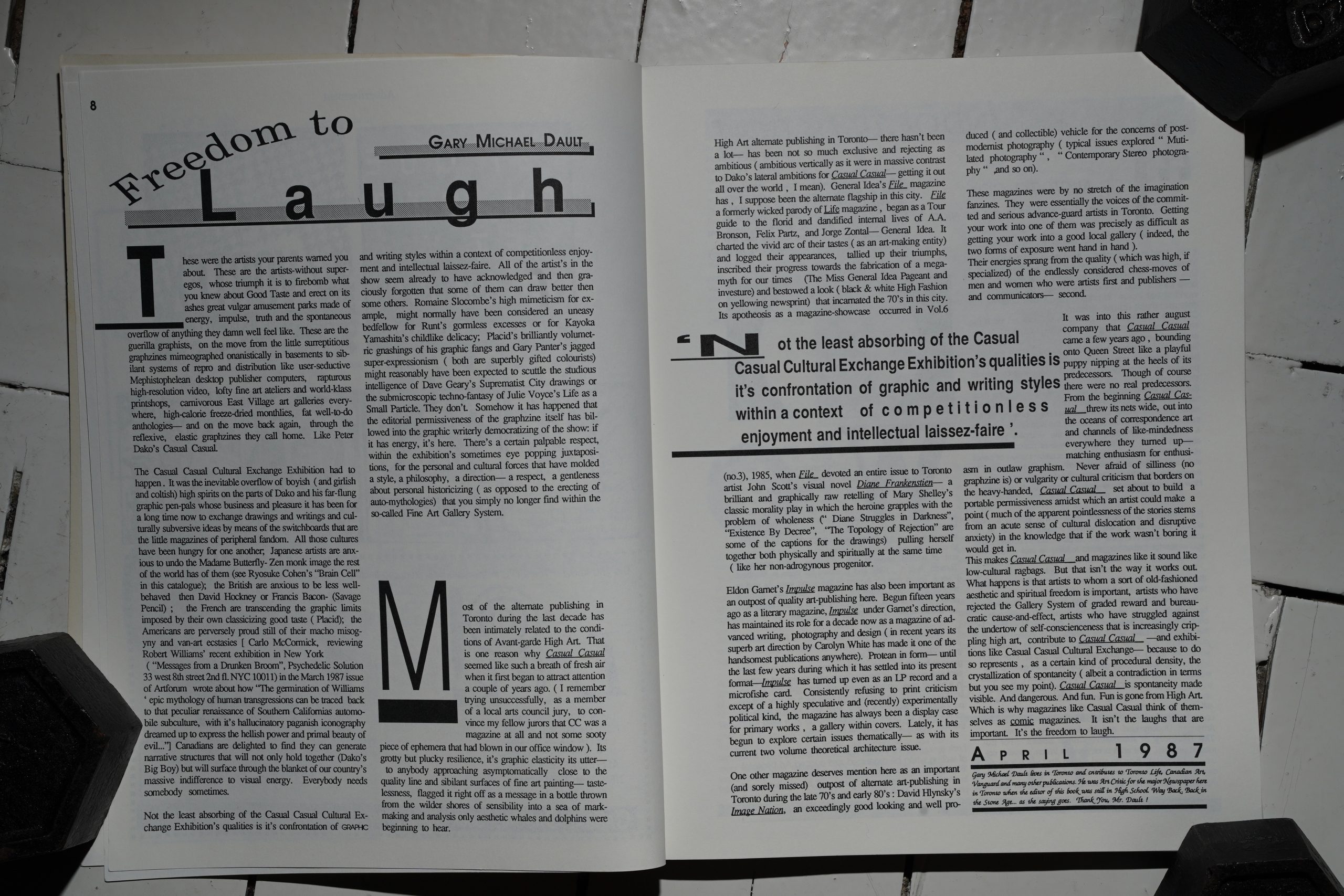 So we get a whole bunch of introductions, one after the other, trying to explain how all these artists somehow relate to each other… 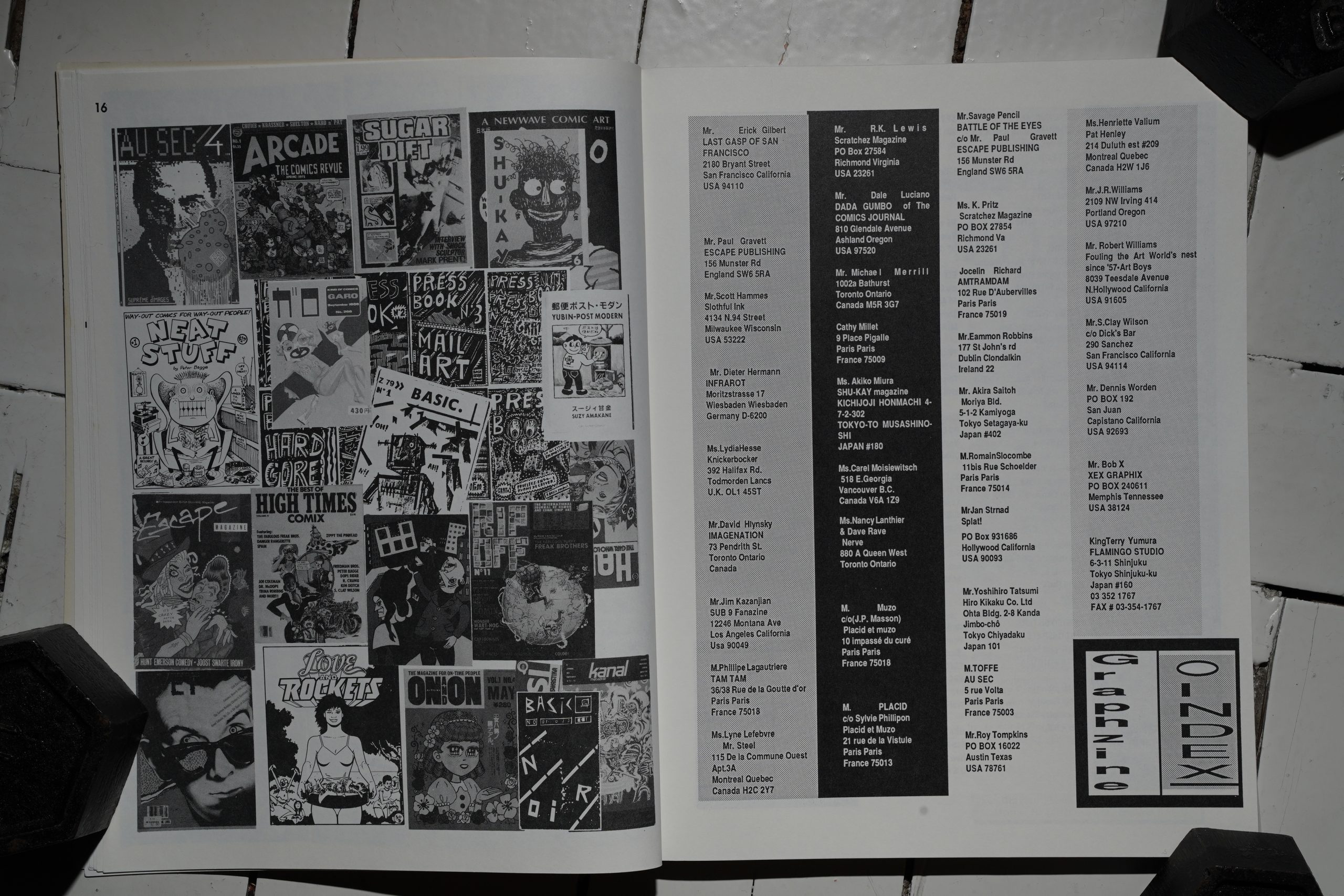 … and we get a “graphzine index”, which doesn’t seem to have anything to do with the show… 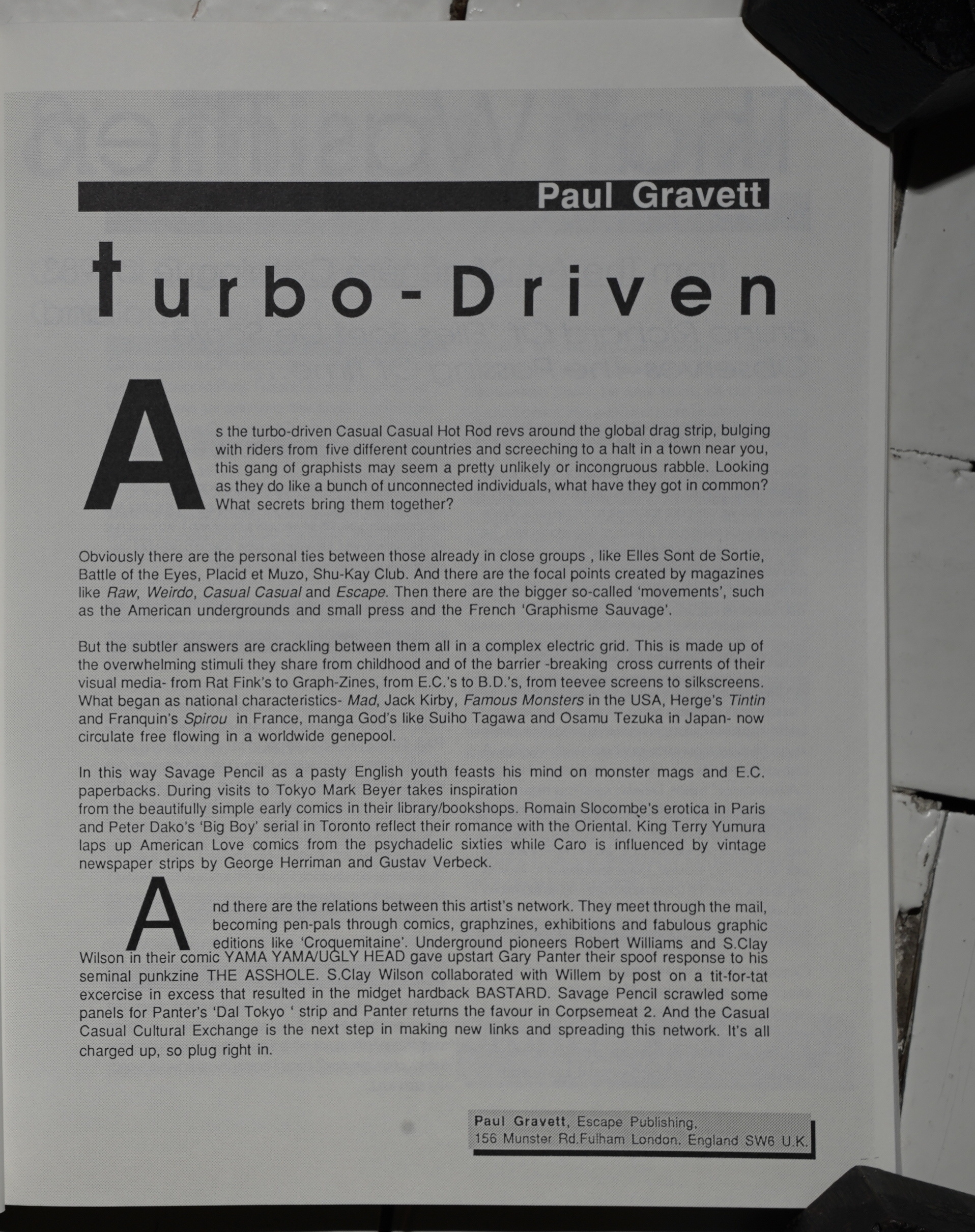 And then… another introduction by Paul Gravett? 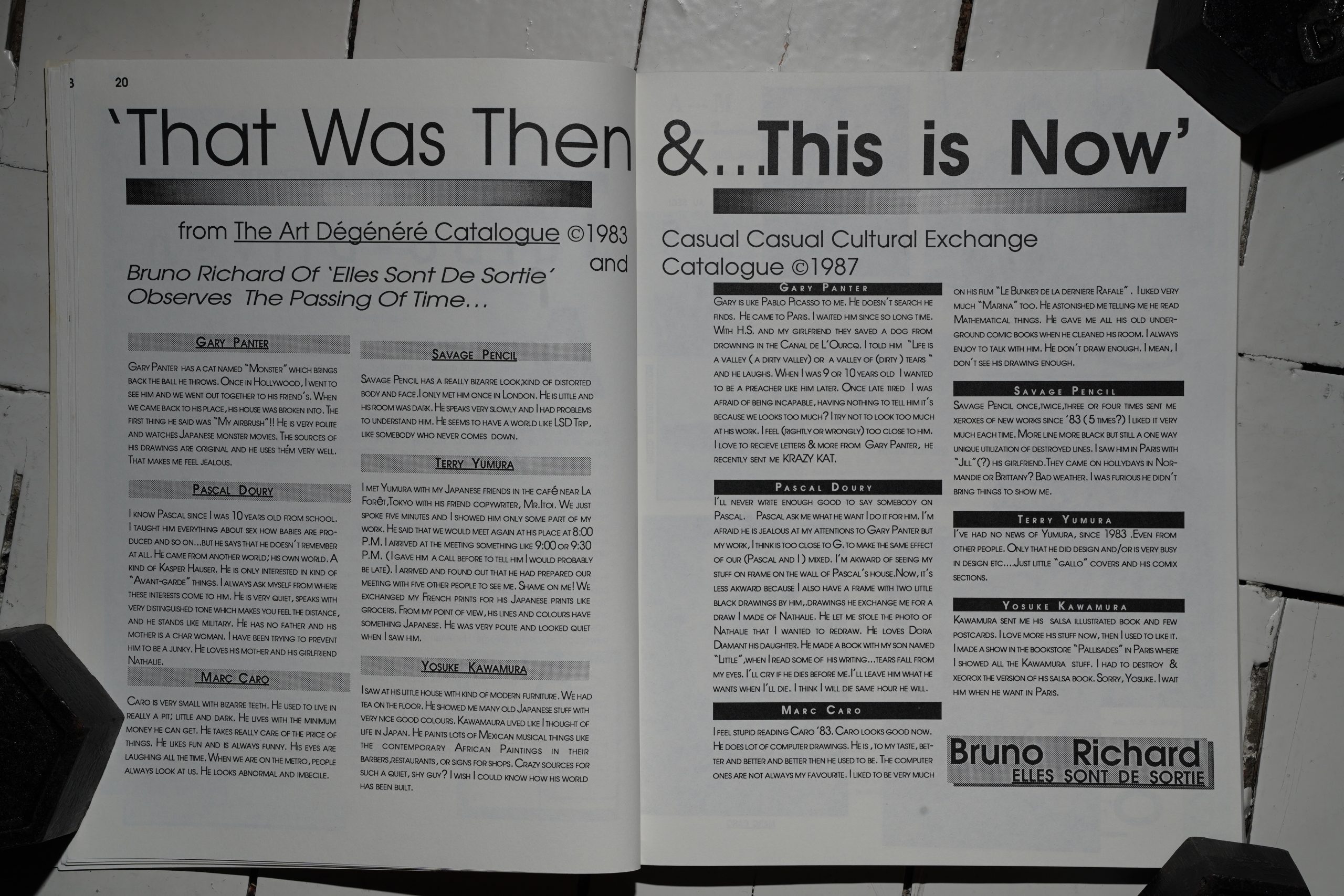 Bruno Richard apparently had written an introduction to some of the artists for a previous show, so we get that, and then an updated version. 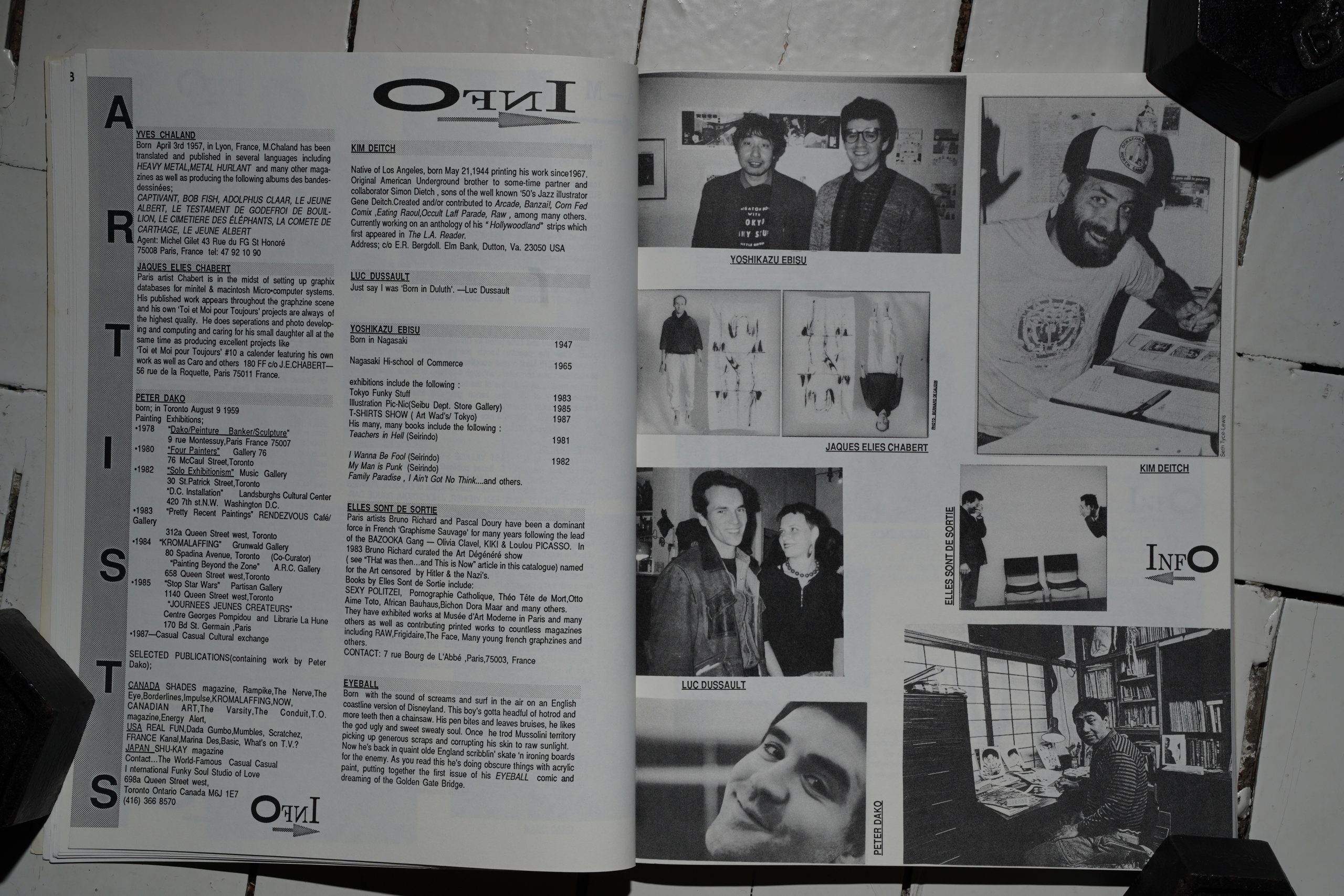 And then an overview of all the artists appearing here. 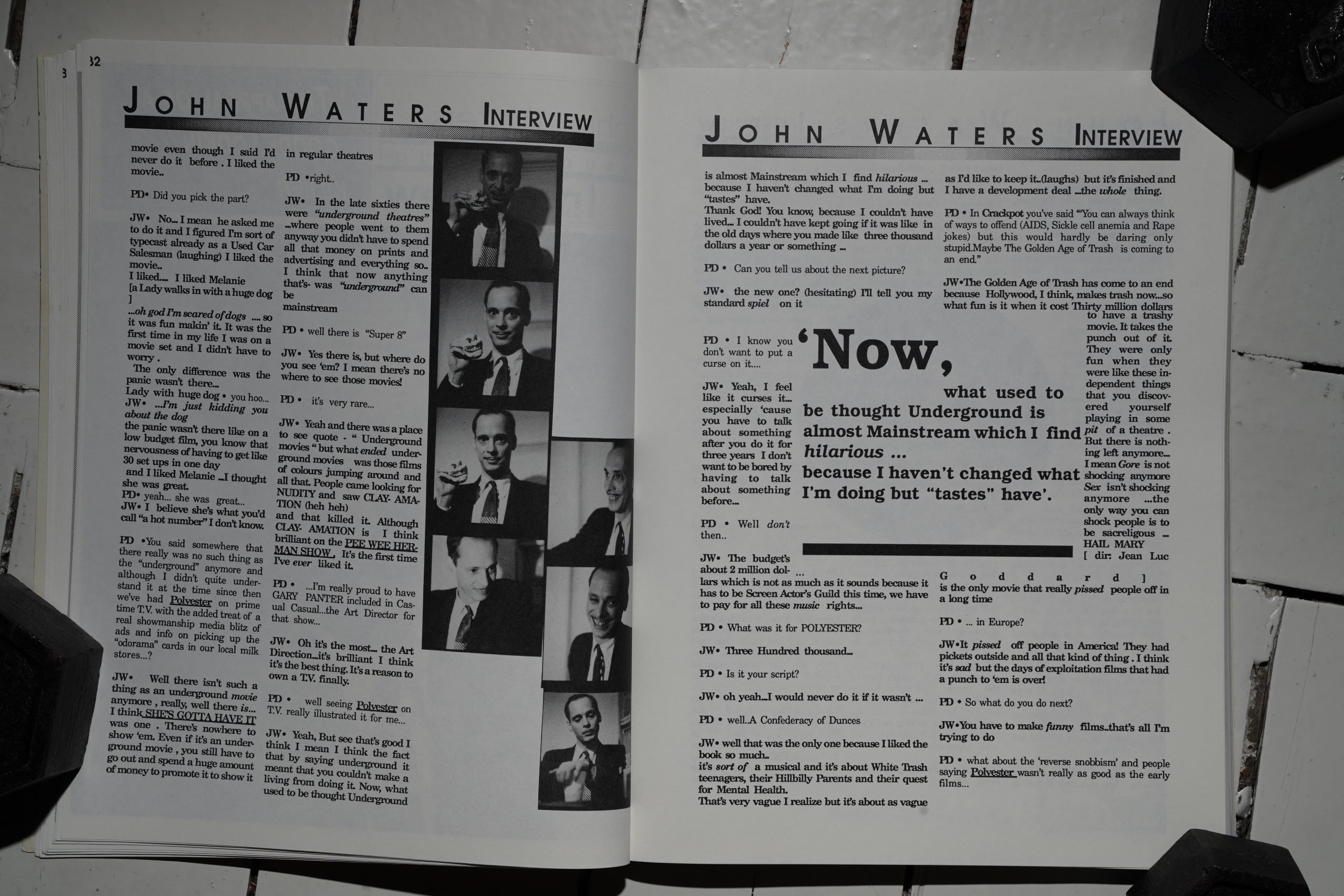 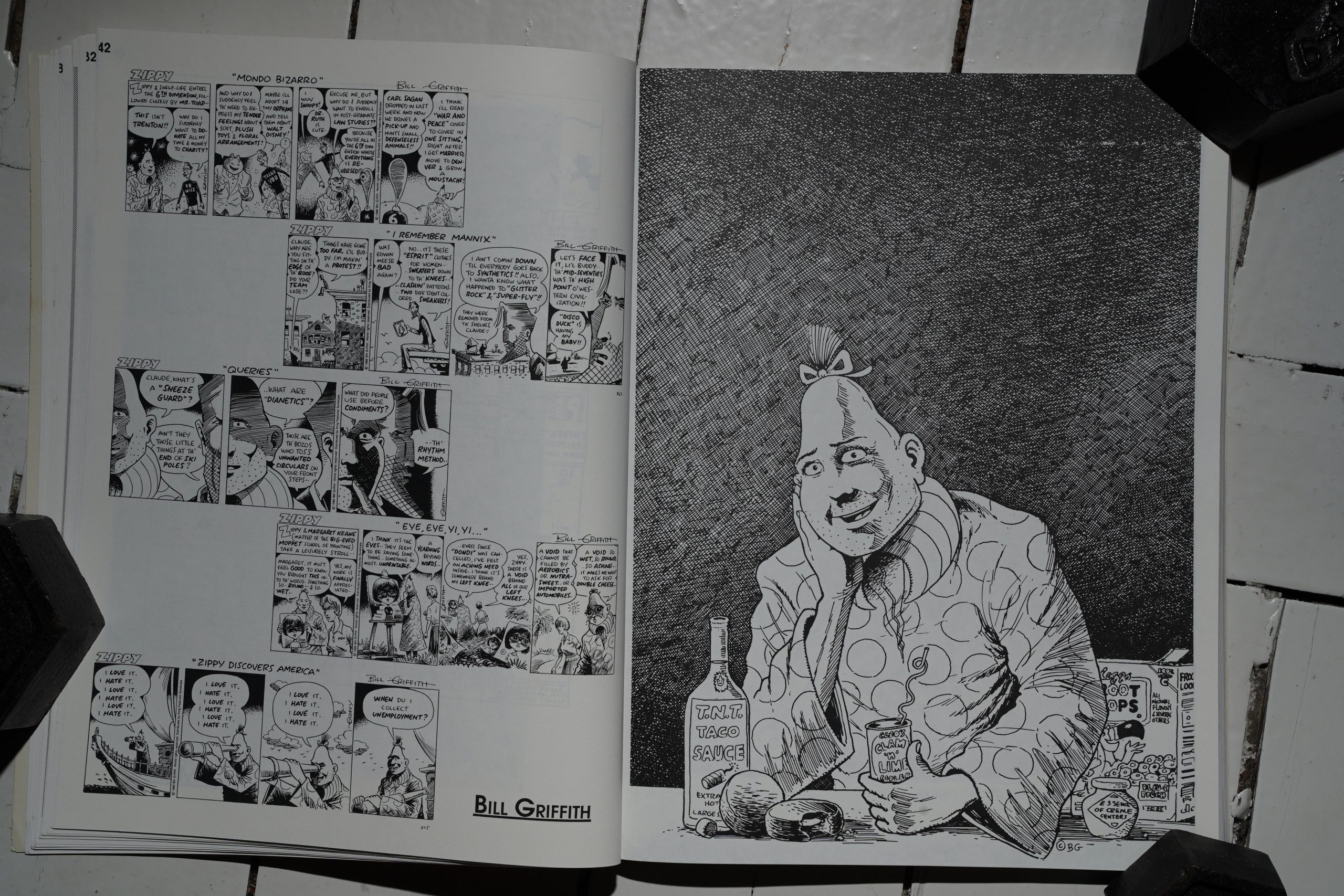 And then finally the artwork starts, and … it turns out to be just two random pages per artist. (See images for names.) 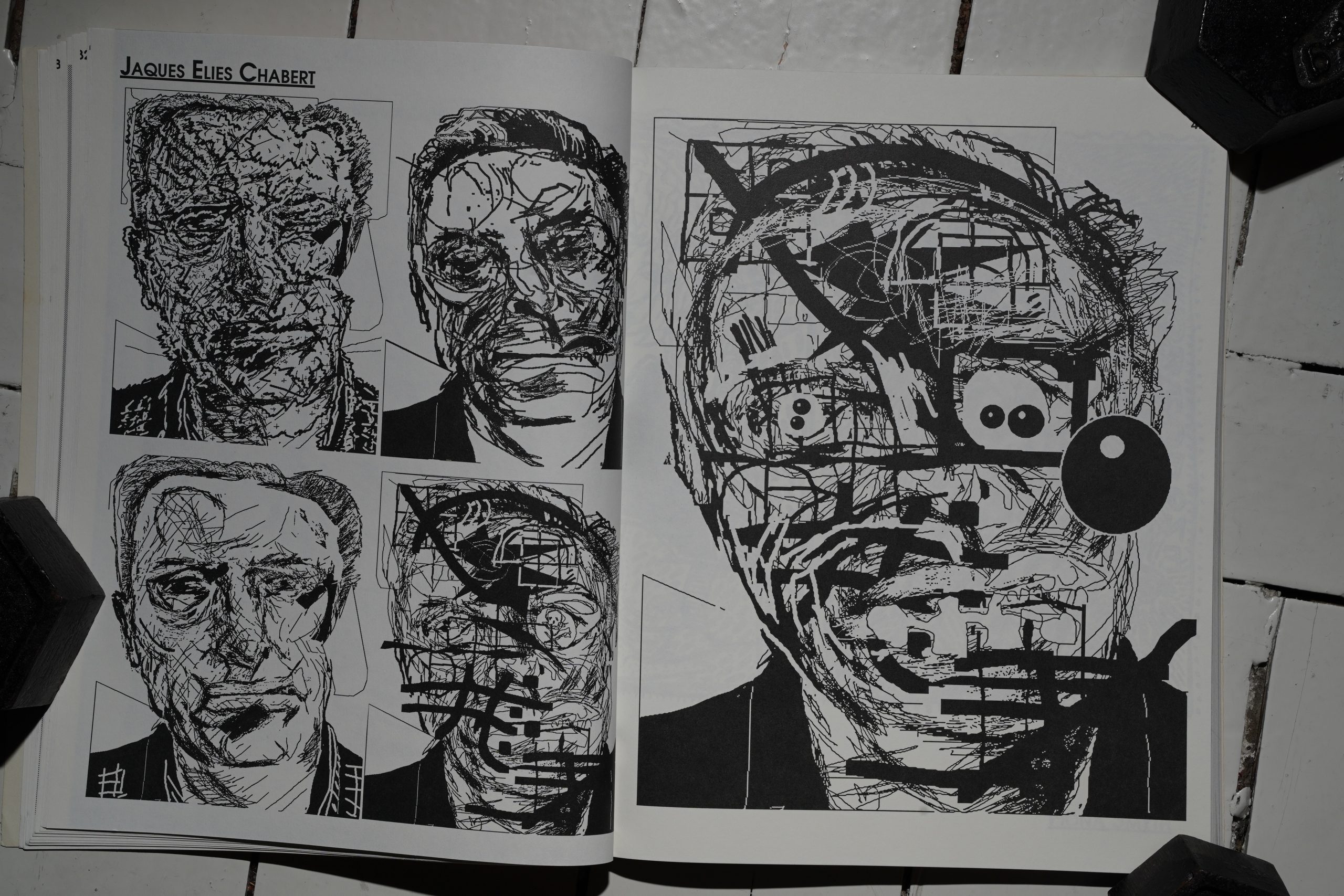 Some of it’s pretty cool! 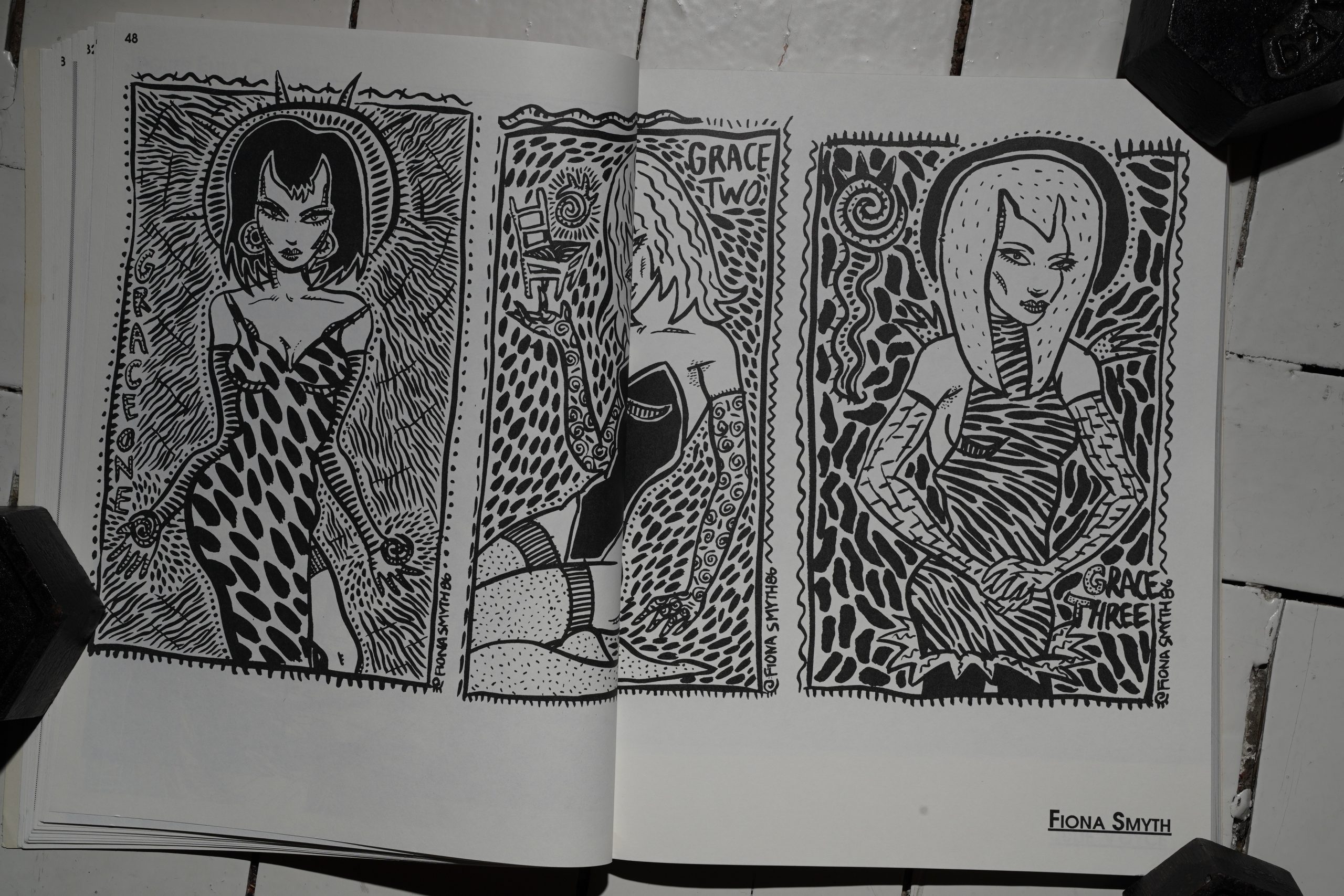 Not much thought has been given to reproduction. 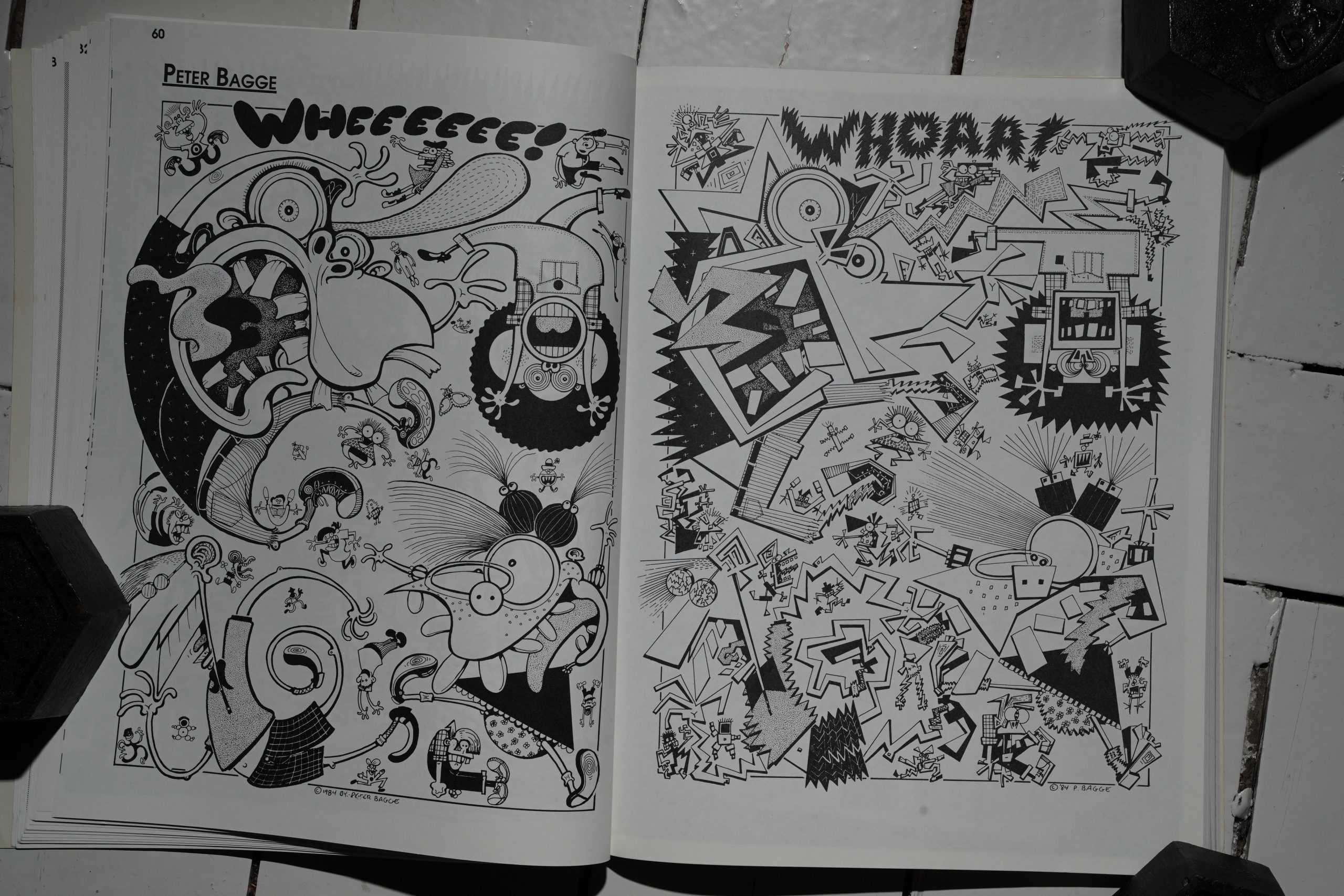 Most of the artists choose to eschew actual comics, but some of the pieces are fun, anyway, like this Peter Bagge thing where the characters gets cubismoised. 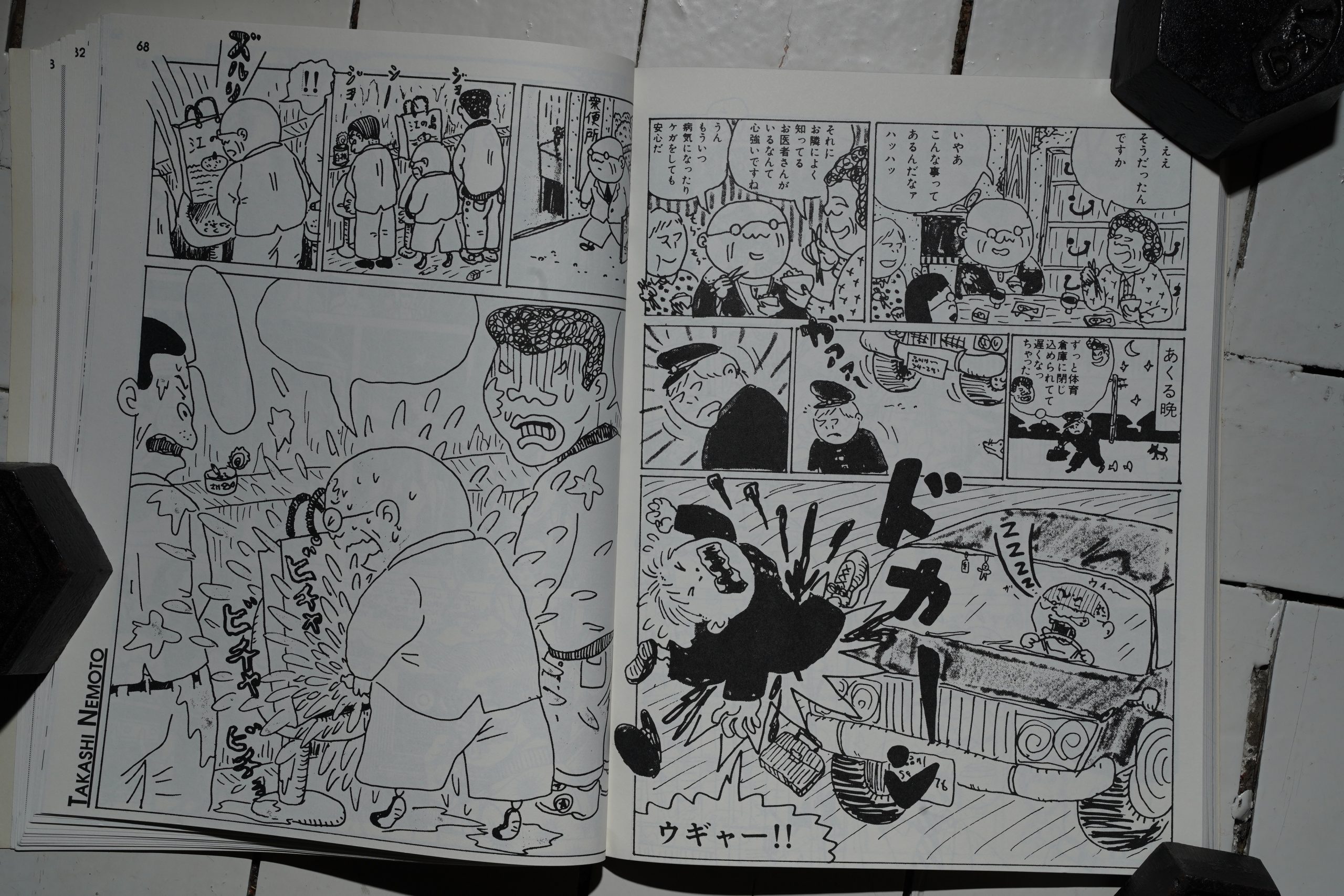 There’s a sizeable Japanese contingent in here, and it’s all from the punkier side of the scale. 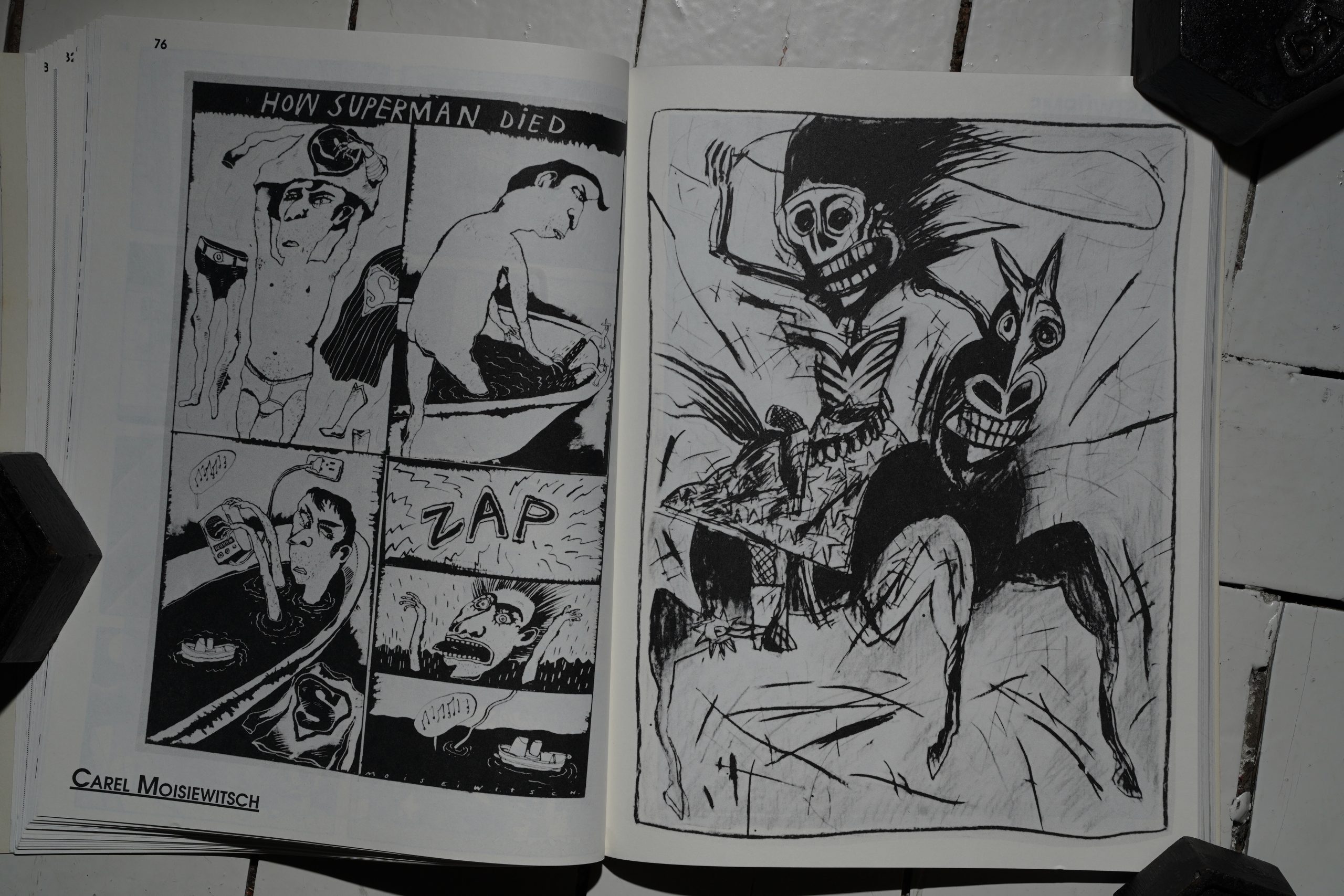 Carel Moiseiwitch is one of the few people to do comics. 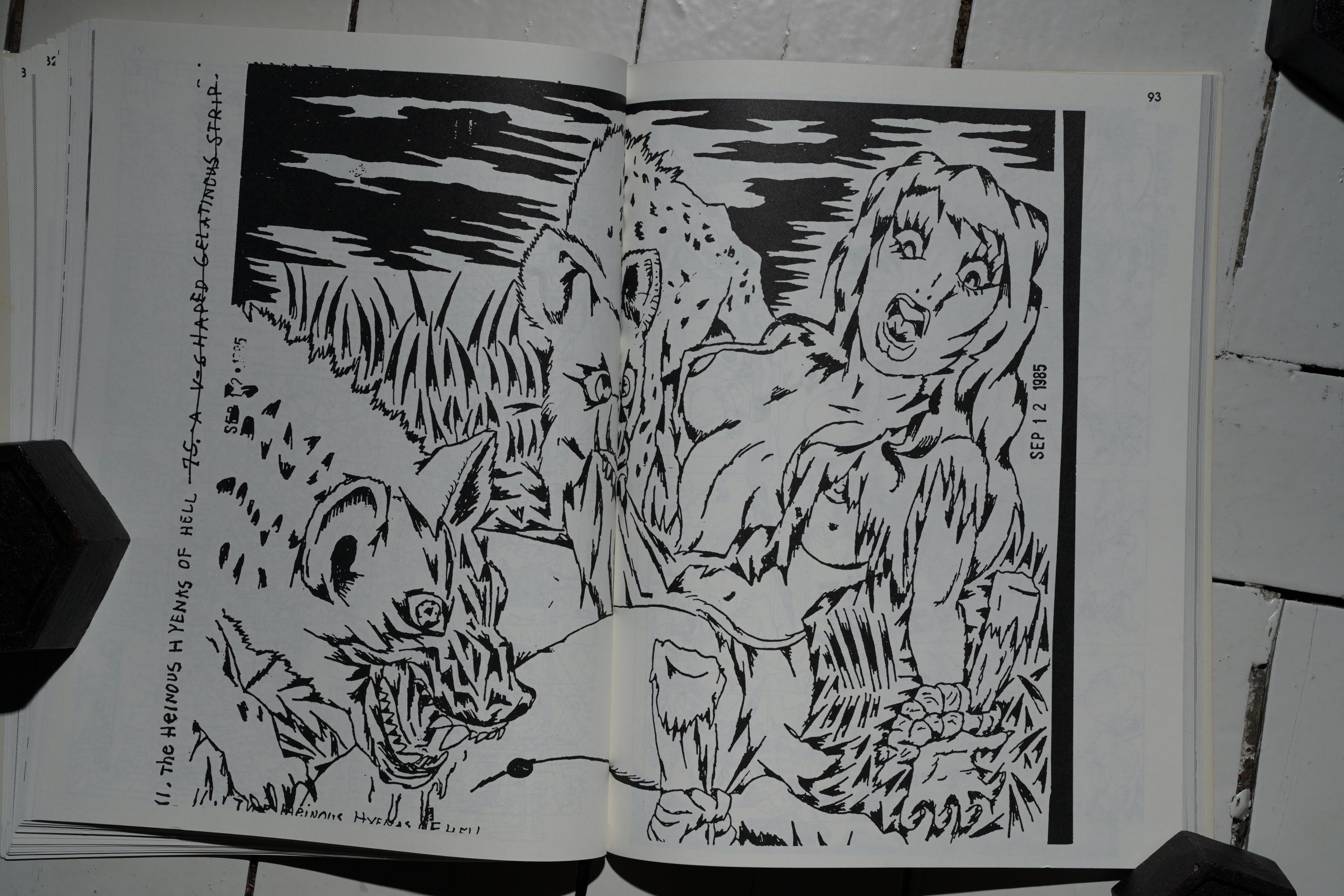 This is one of those books that have two covers, so when we get to the middle, we flip the book over and start from the other side. And … then we get most of the introductions again, but in French. Which is natural for a book financed by the Canadian gummint. Most of the artists on the “other side” are French, too. 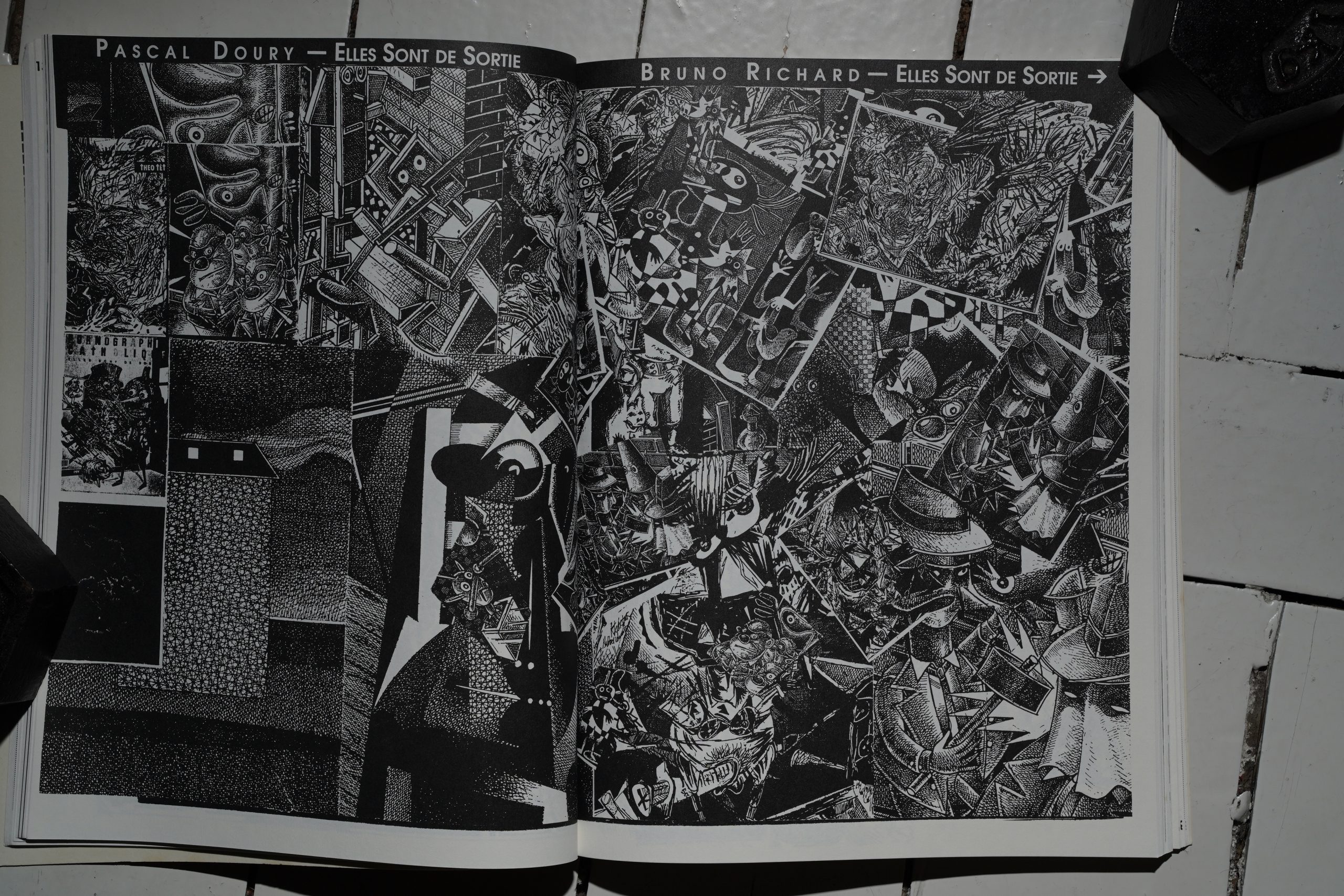 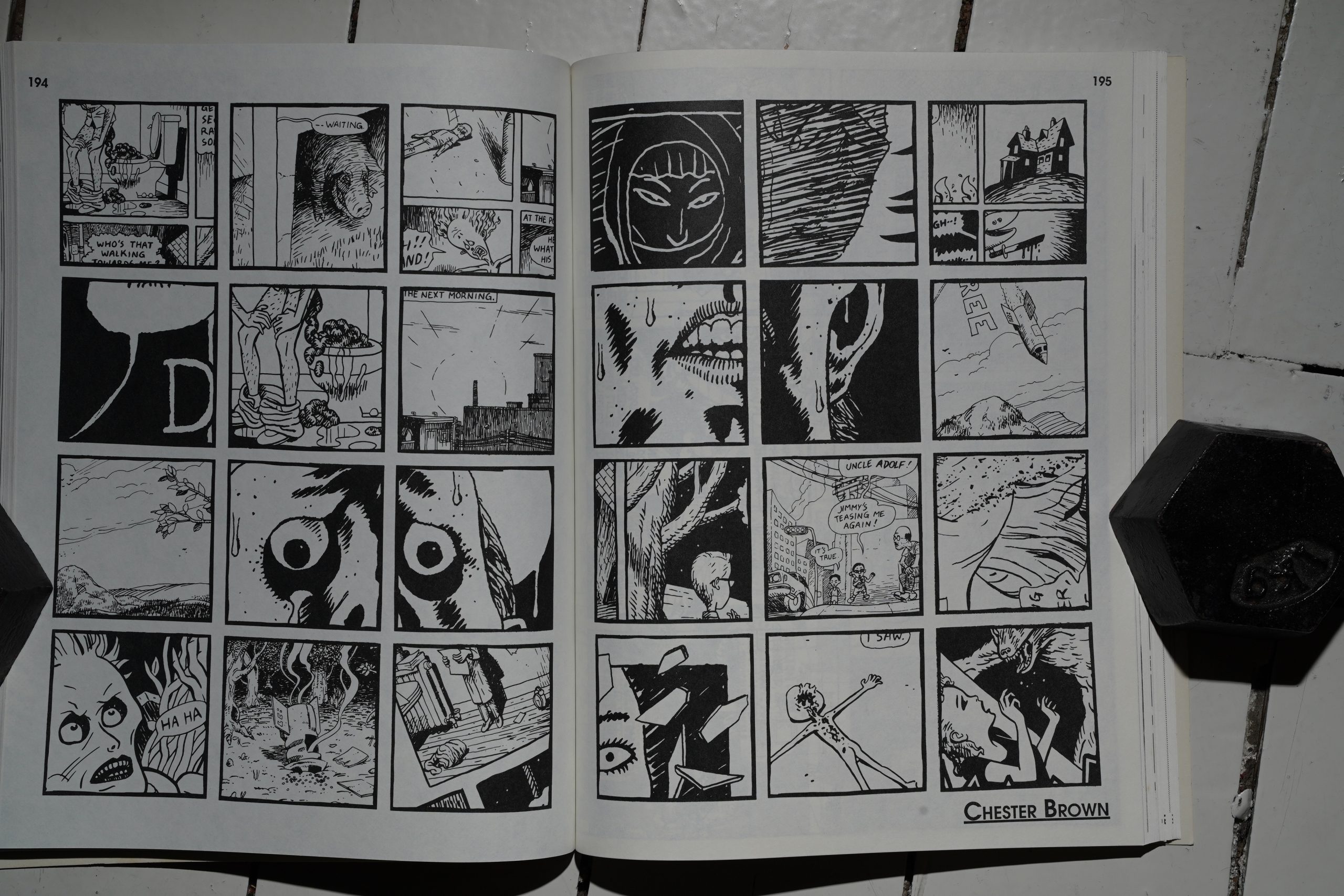 So… I guess it’s fine for what it is? I mean, a catalogue for an art show? It’s not much of a reading experience, though.