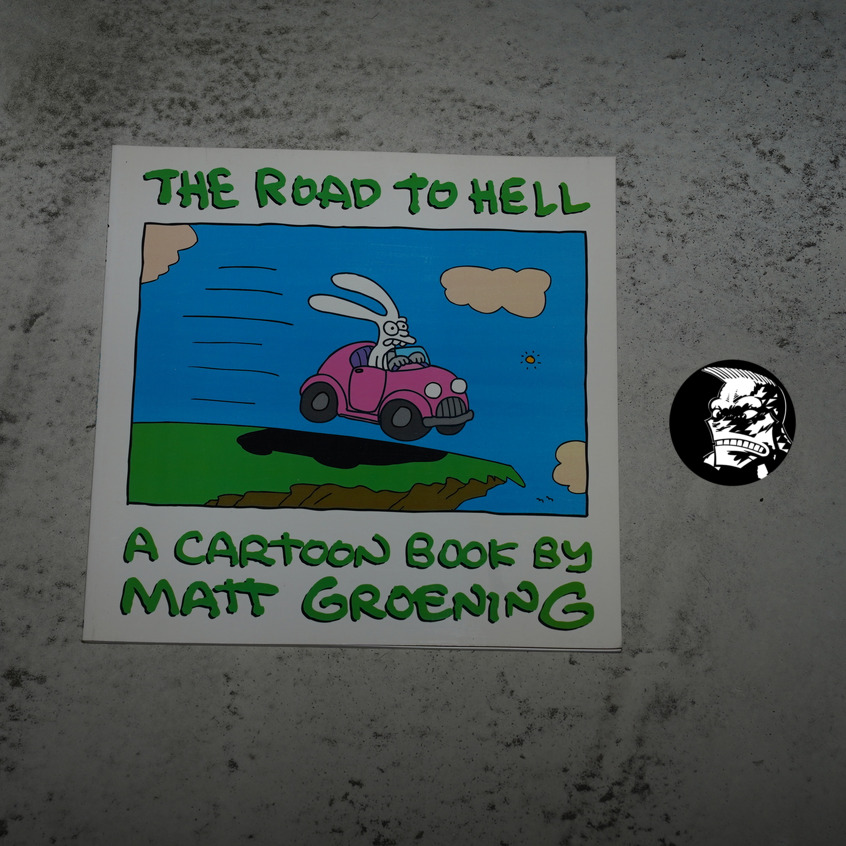 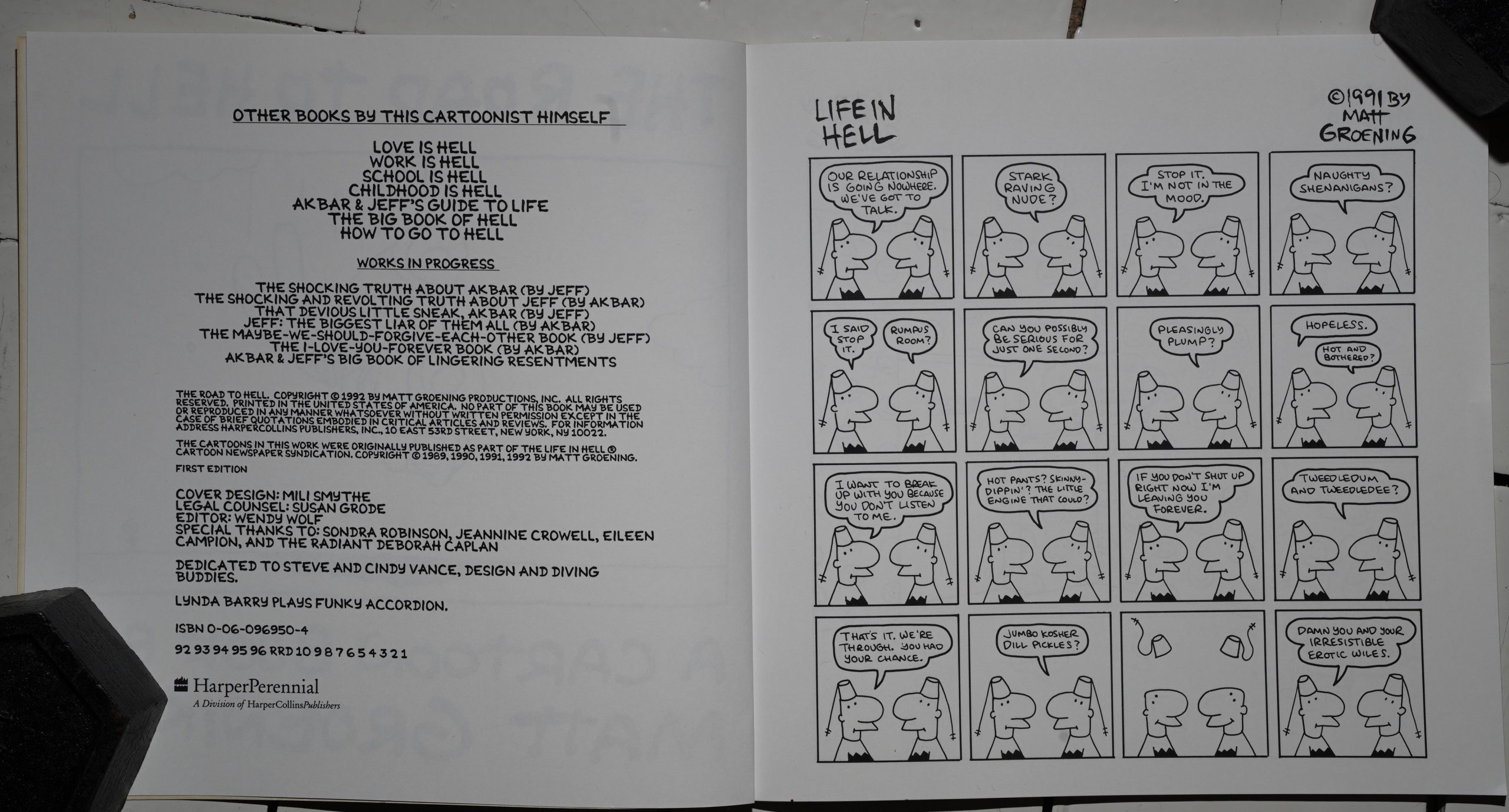 I hadn’t planned on doing all the Life in Hell collections in this blog series, but there’s just a couple more books to go, so what the hey.

This collection mostly covers 1991, and it’s a very cohesive collection… 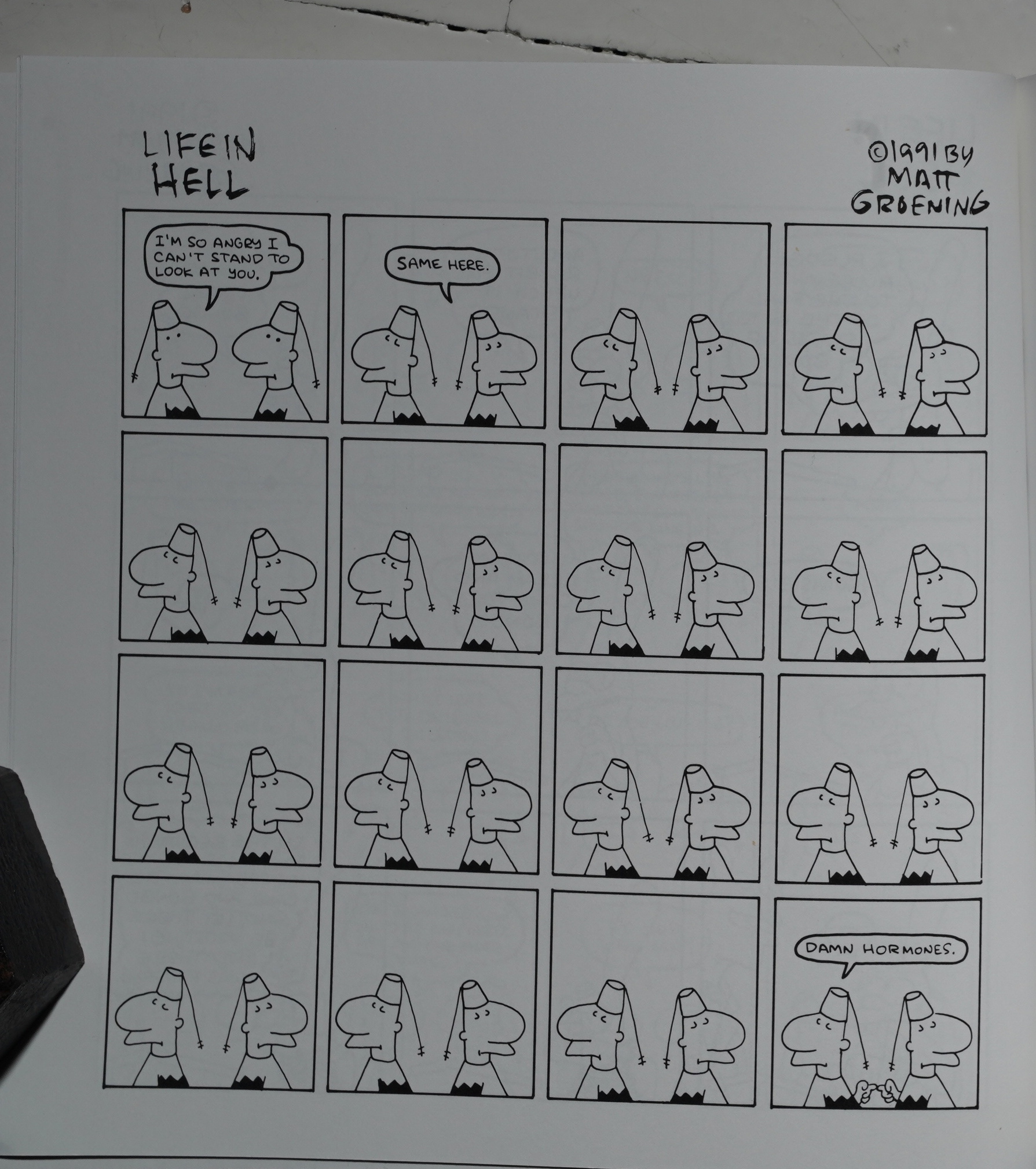 … but that’s mostly because half of them are Akbar and Jeff variations like this. 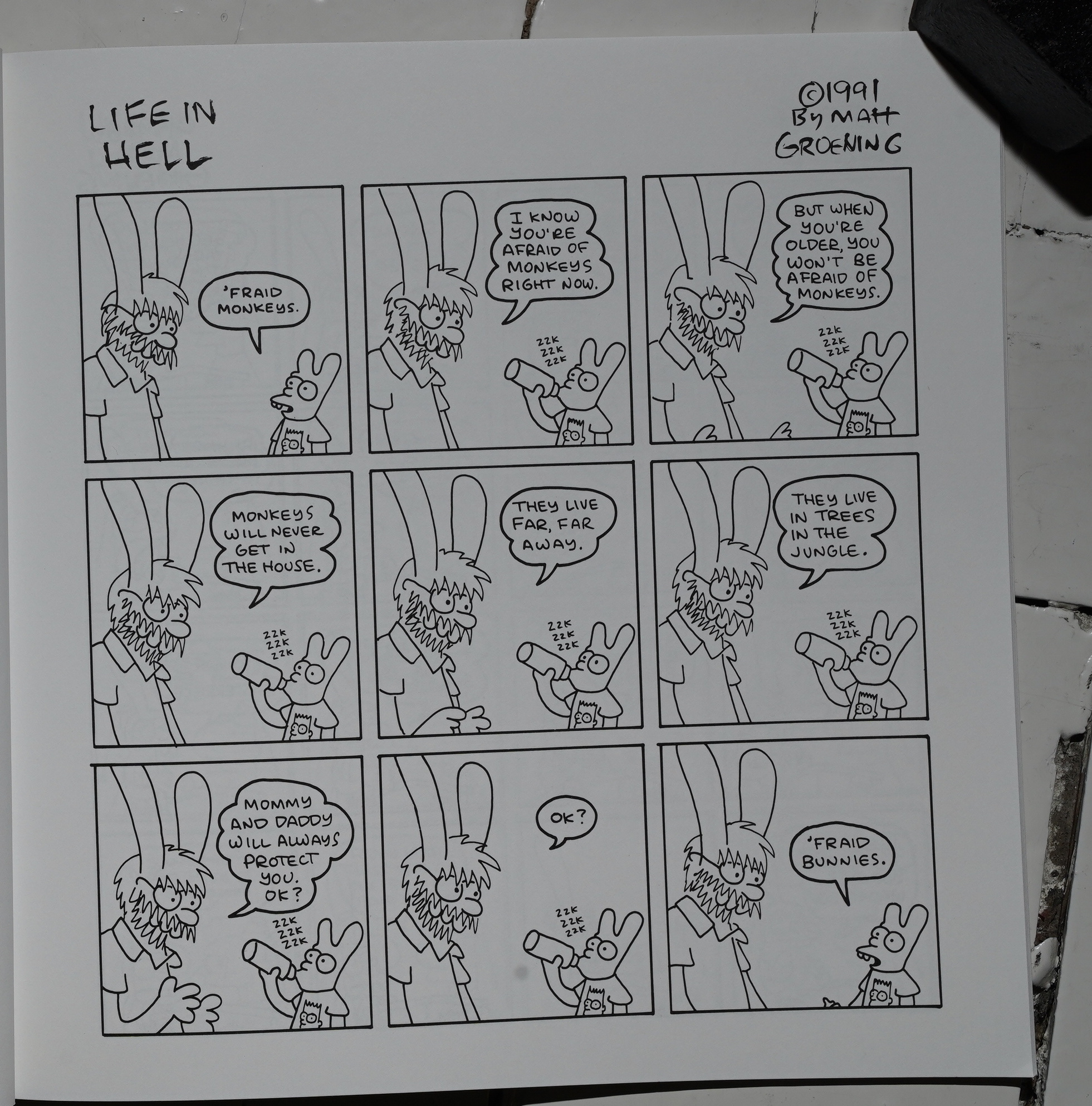 In previous years, Groening had experimented with bringing in more autobio stuff, but this time around, this is as close as you get. 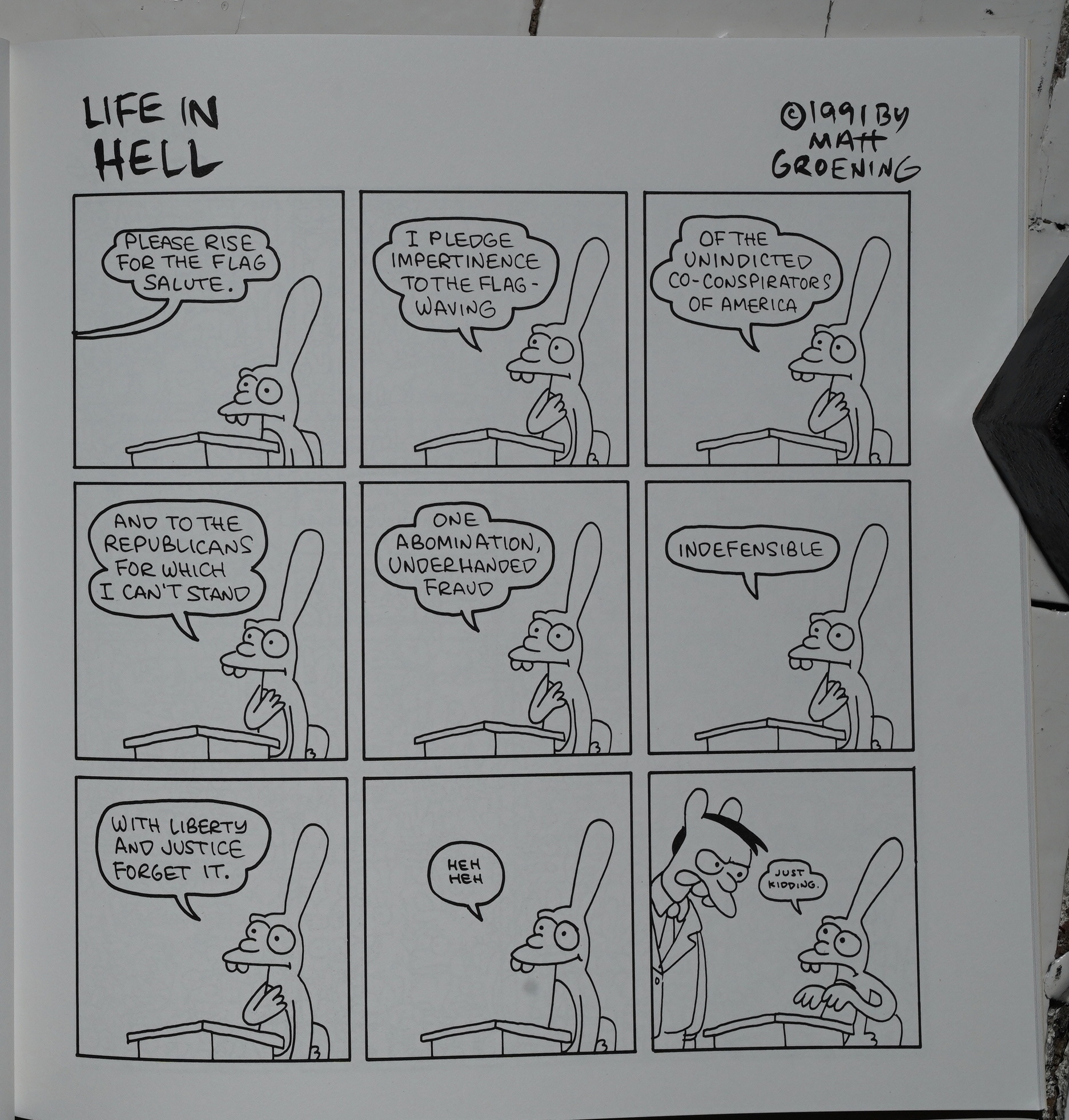 I don’t mean to be so negative — it’s a pleasant read, but there’s just so little new that I don’t really have much to say. 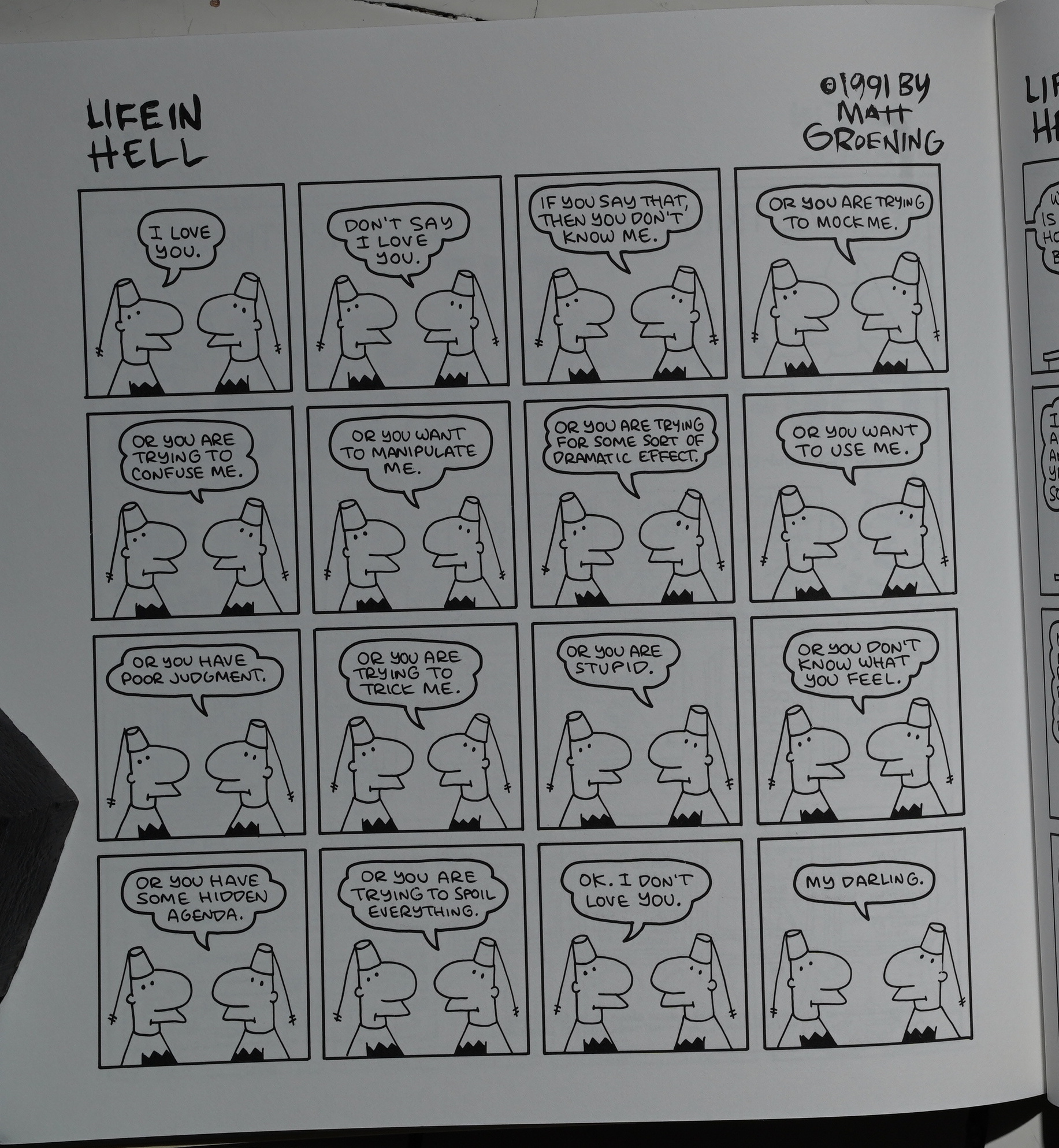 Perhaps Groening is going after a zen thing by repeating this argument so many times (with small variations).

I mean, it’s fine, but every previous collection had something new and exciting, and I think this is the first one that doesn’t have that?