I’ve got a bunch of gadgets between the things that play movies and the TV (for screenshotting and controlling and stuff), so it now usually looks like this: 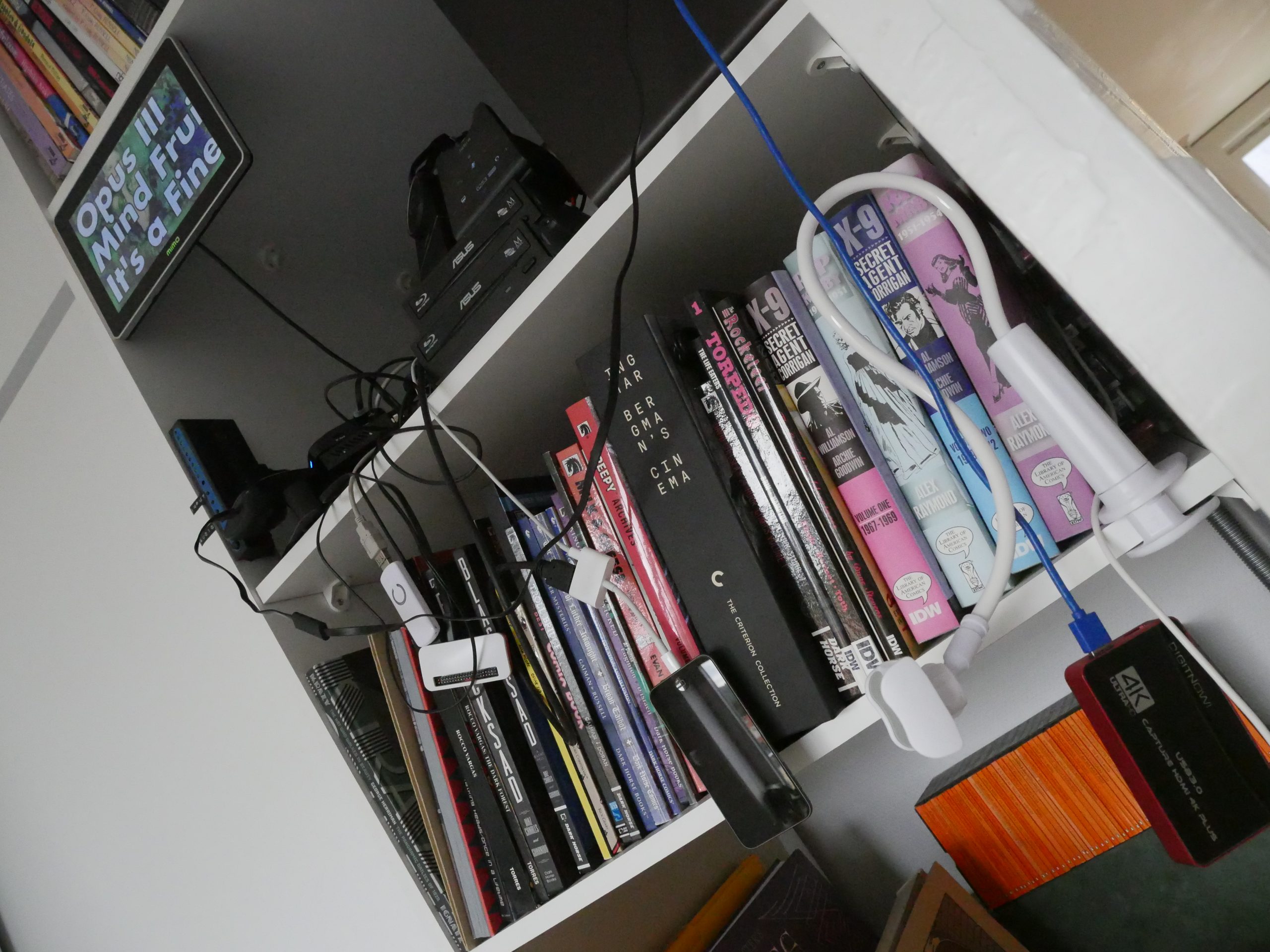 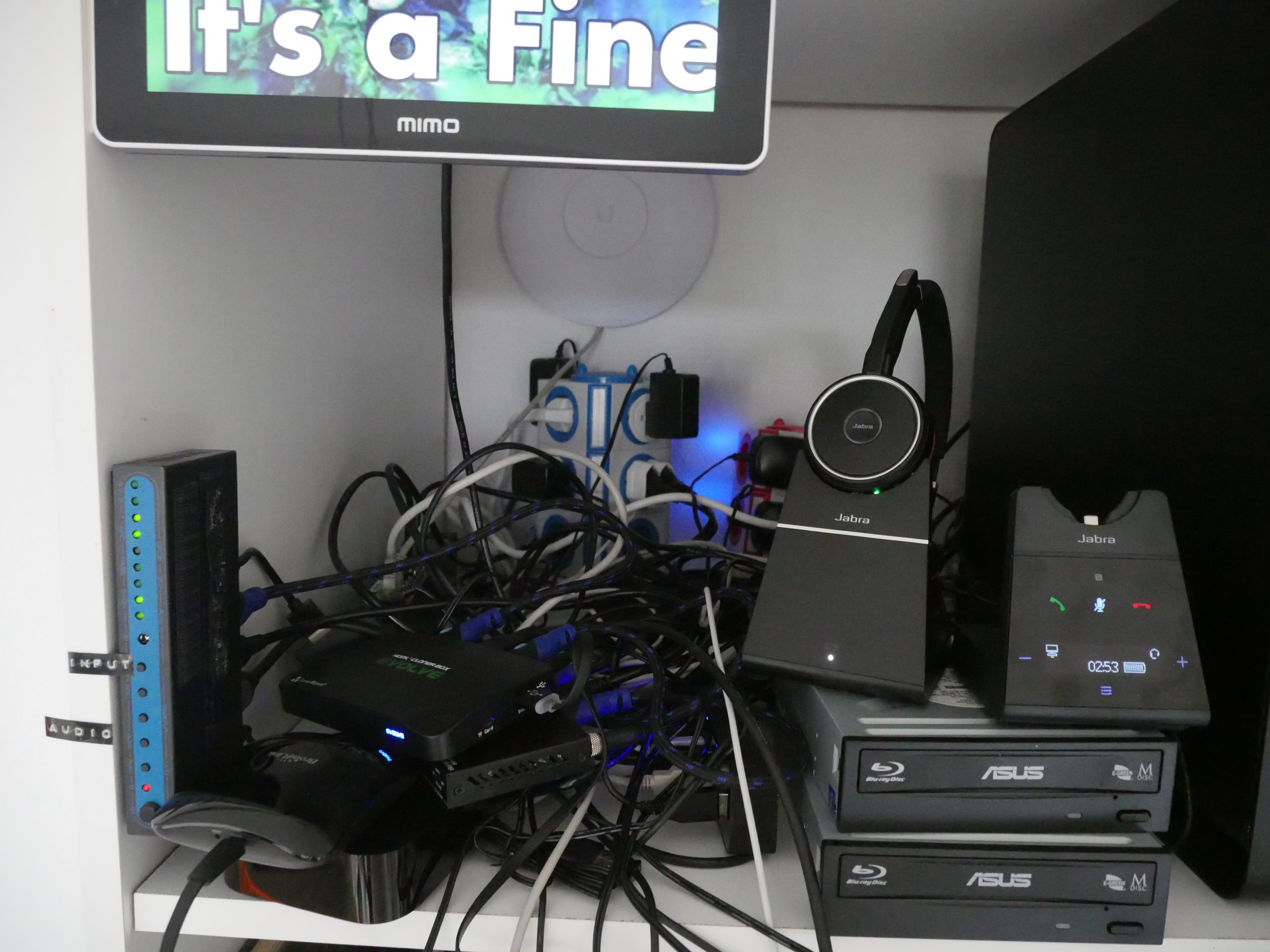 All the cable’s one thing, but the main problem is all the gadgets: Most of them are very light, and you can’t get them to stay put. I tried velcroing them into a tower, but the problem is that I do have to replug stuff when I come up with new gadgets to plug into the mess, and then I have to pull everything apart… so the past few years I’ve just left them be loose, and sort of just… push them back into place after rearranging the cabling.

I need to see the fronts of the gadgets, because the lights can be informative (and some of them also have remotes), so I can’t just put them all in a box, either.

So I googled for weeks for something that would let me arrange them in a sort of loosely solid way: Give me access to the things, but not have them all dangle wildly when I replug something else. 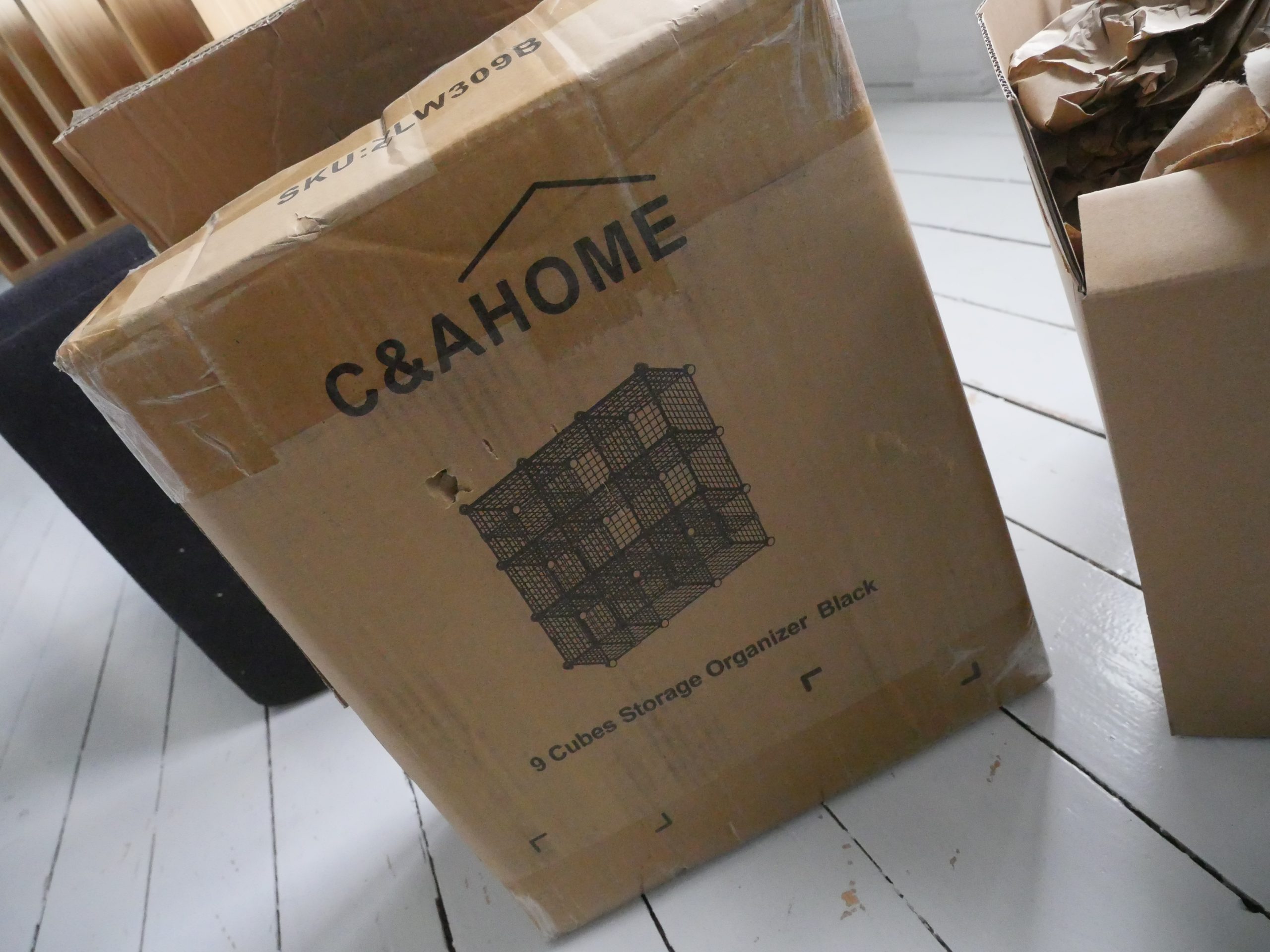 So the other week, I happened upon this wire shelving: I thought I could make smaller partitions and then just strip things to the shelves, so I got them… 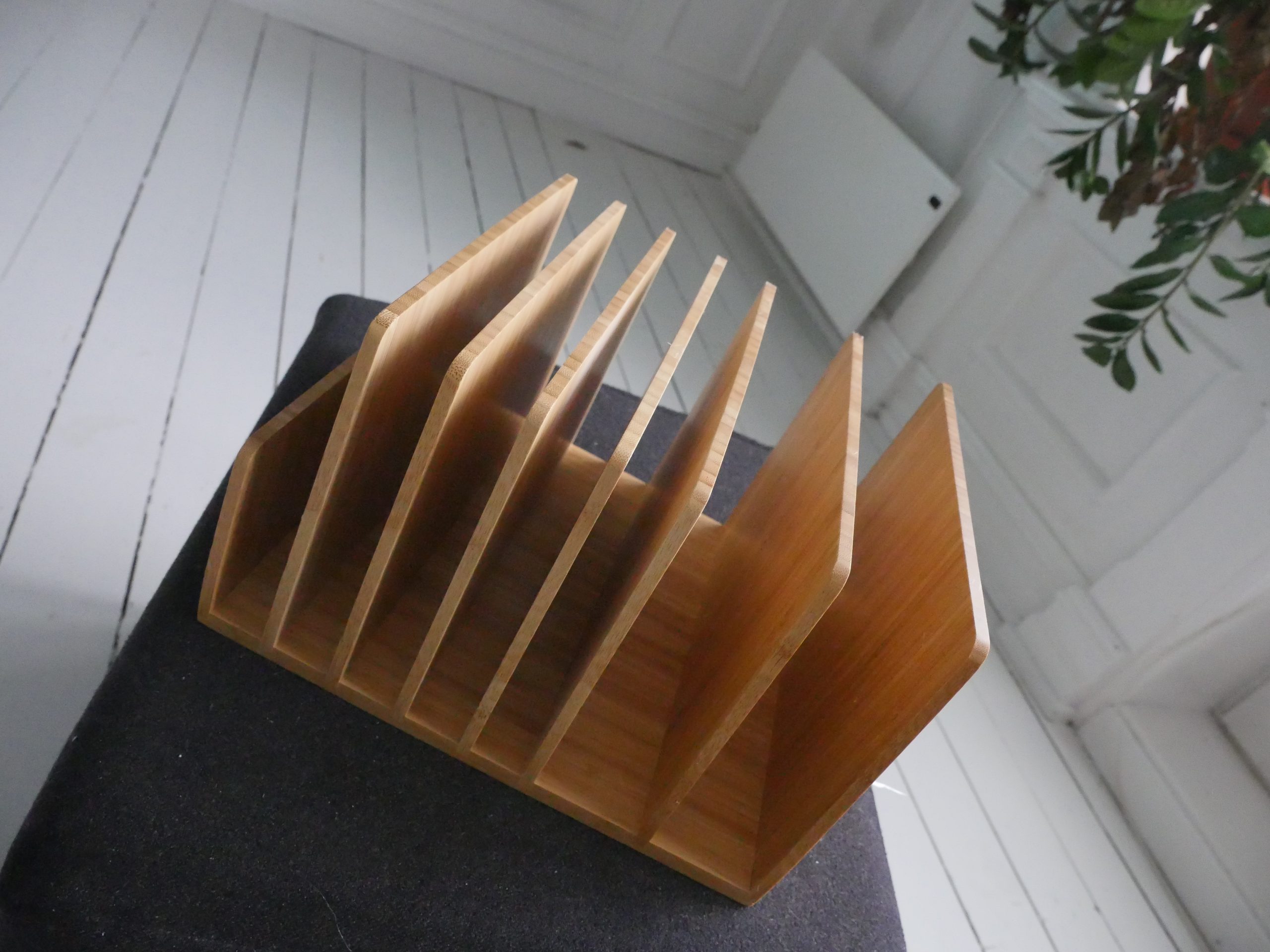 And then I happened upon these things, that are meant to organise all your tablets, and I thought, great, so I got those…

And then I thought… that’s a bit big? And… also wood? I mean, none of these gadgets pull a lot of power, so it’s not really dangerous or anything, but… it is a bit on the big side…

So I got these: 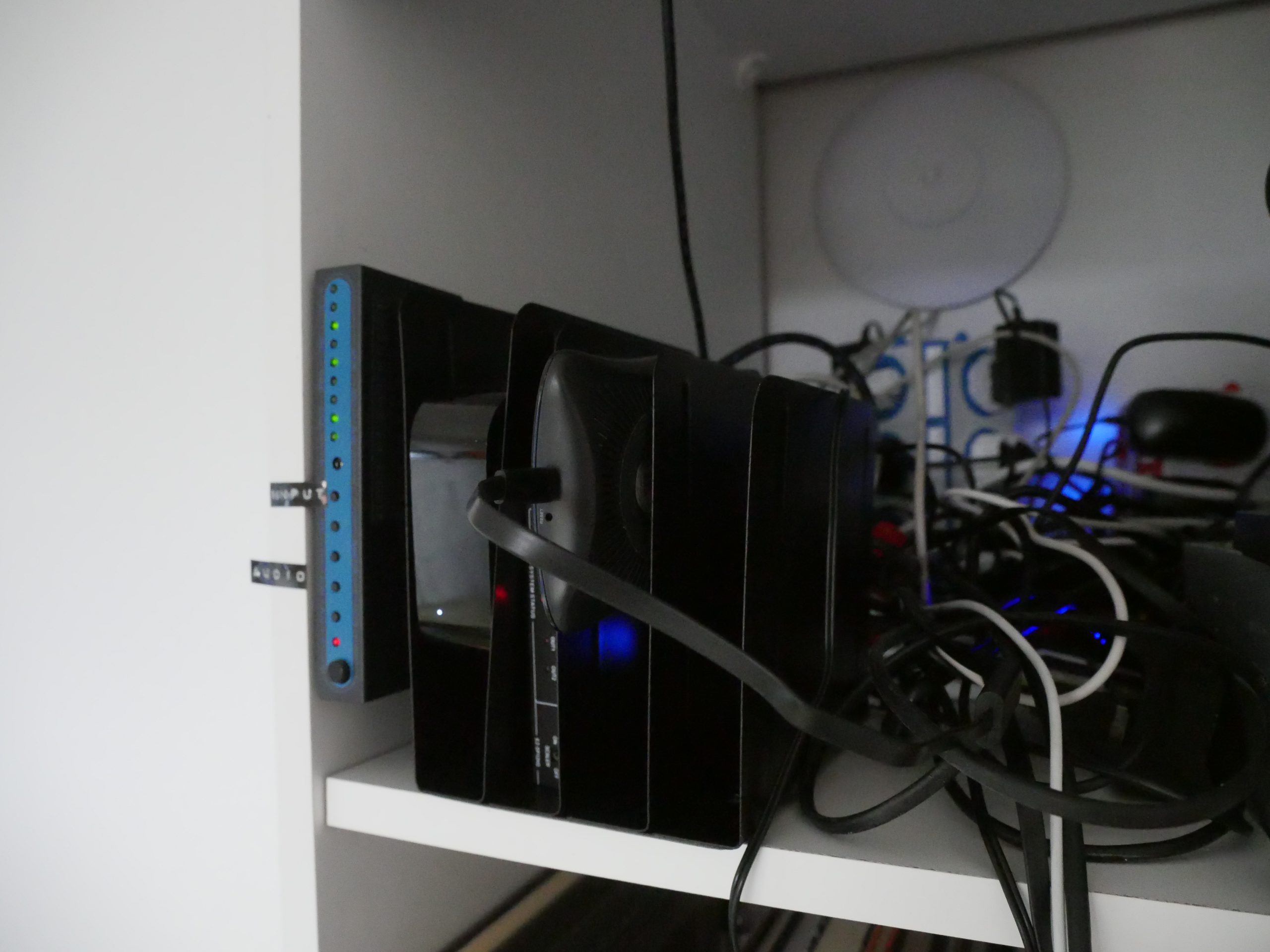 Tada! I think it’s actually a document arranger thing, and it’s in steel. 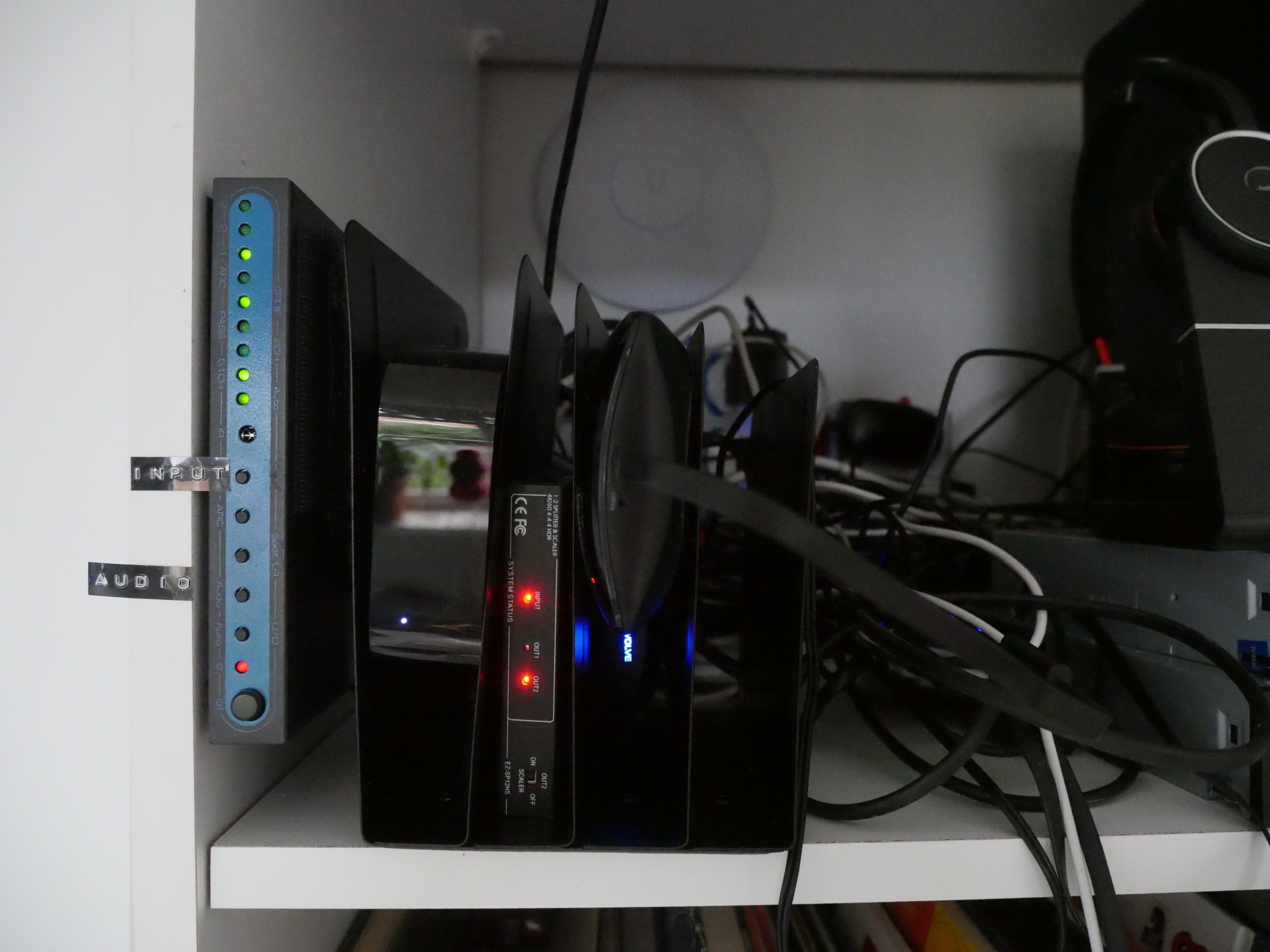 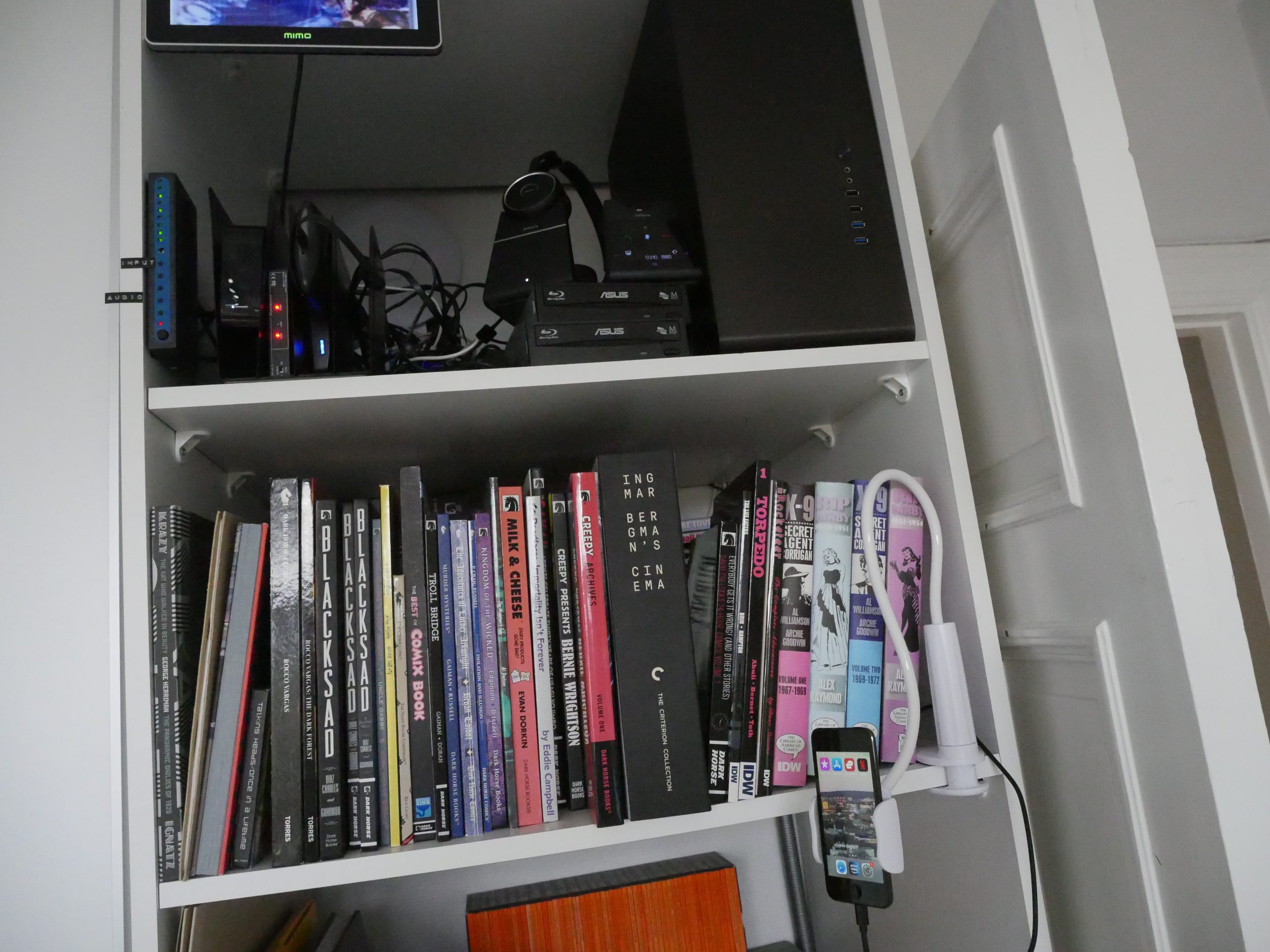 Now I just have to wait for the interior design magazines to call me up for a feature.

(Yes, since you asked — that is indeed an Iphone Touch mounted there (with an HDMI adapter), which I have VPNd over to the US, so I can buy stuff on Amazon Prime that’s only available in the US. The Apple TV isn’t VPNd, so I can buy stuff that’s available only here on that. The future is truly here, and it’s really stupid.)