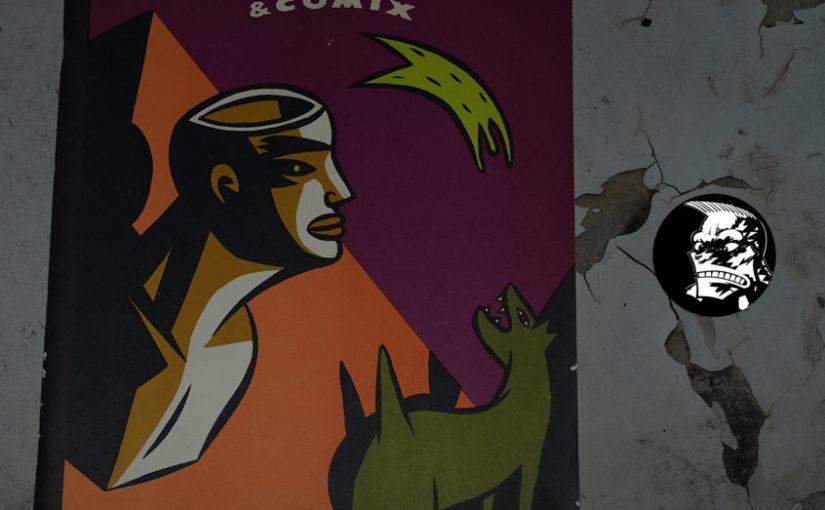 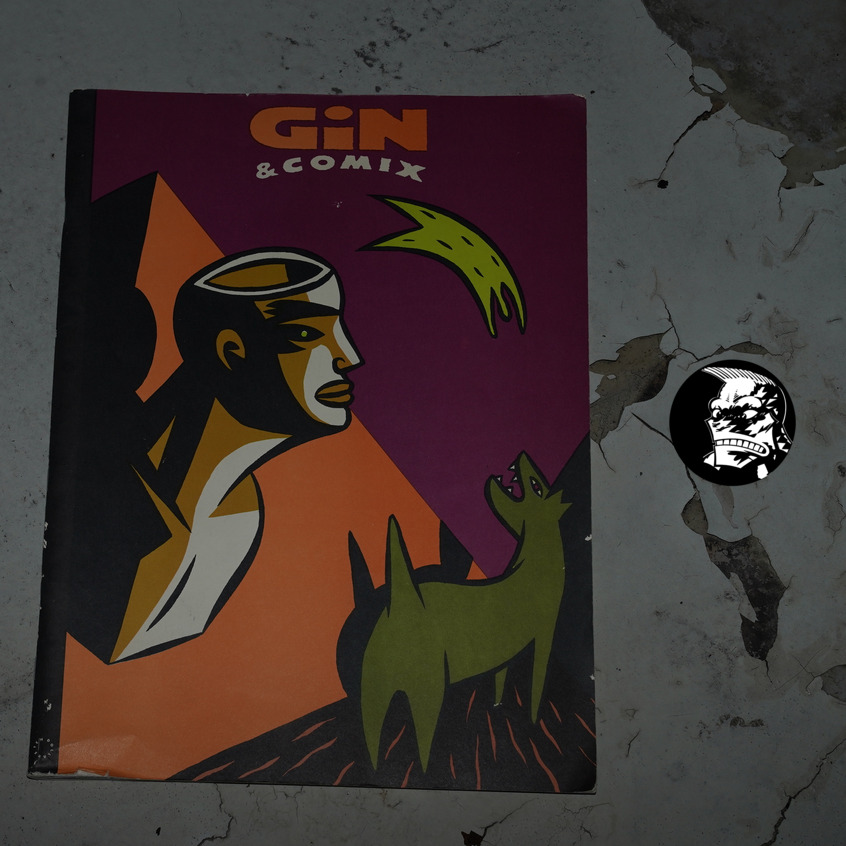 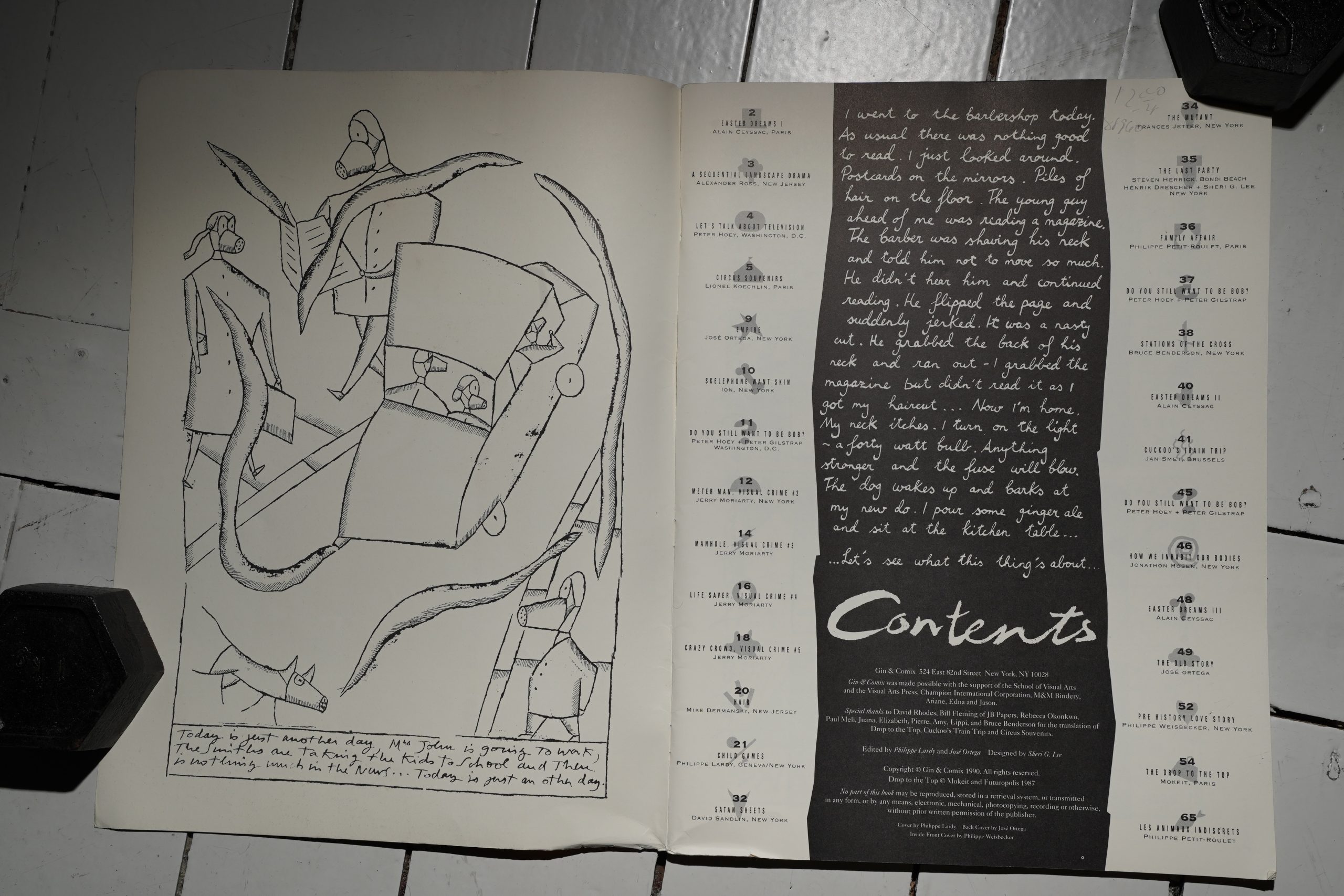 The only reason I know about this Raw-sized book is that it was mentioned in a “coming attractions” column by Eclipse — I’ve never seen it mentioned by anybody else ever. That I can remember.

Eclipse claimed that the book features student work from the School of Visual Arts, and that school is indeed thanked here… So I’m assuming these are all students (and teachers?) at the SVA?

Many of them seem to be from France, so perhaps it’s a mix of students and stuff reprinted from French comics? 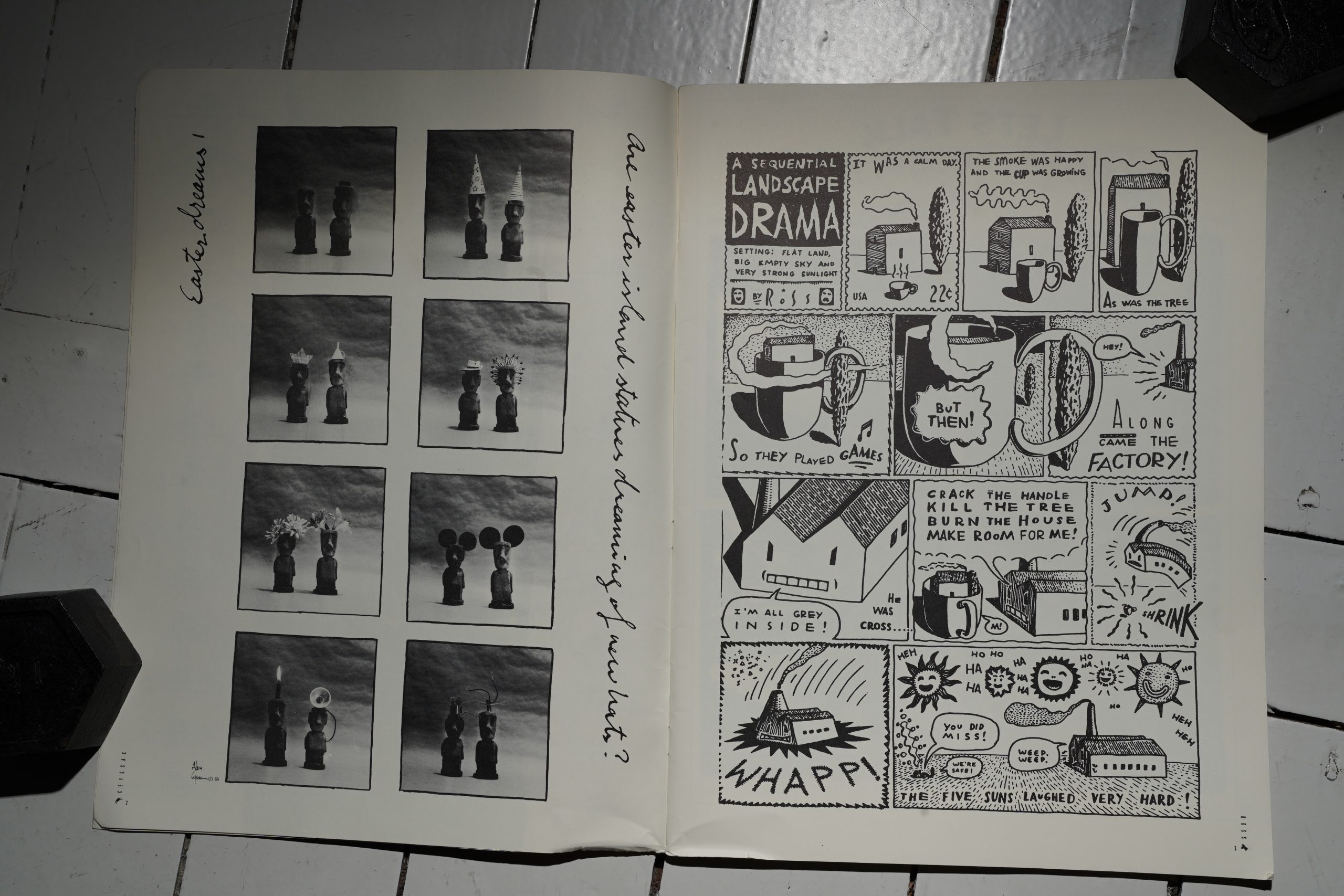 The vast majority of the pieces are single page jokes of some kind. There’s an admirable difference in artistic approaches… (Alain Ceyssac and Alexander Ross.) 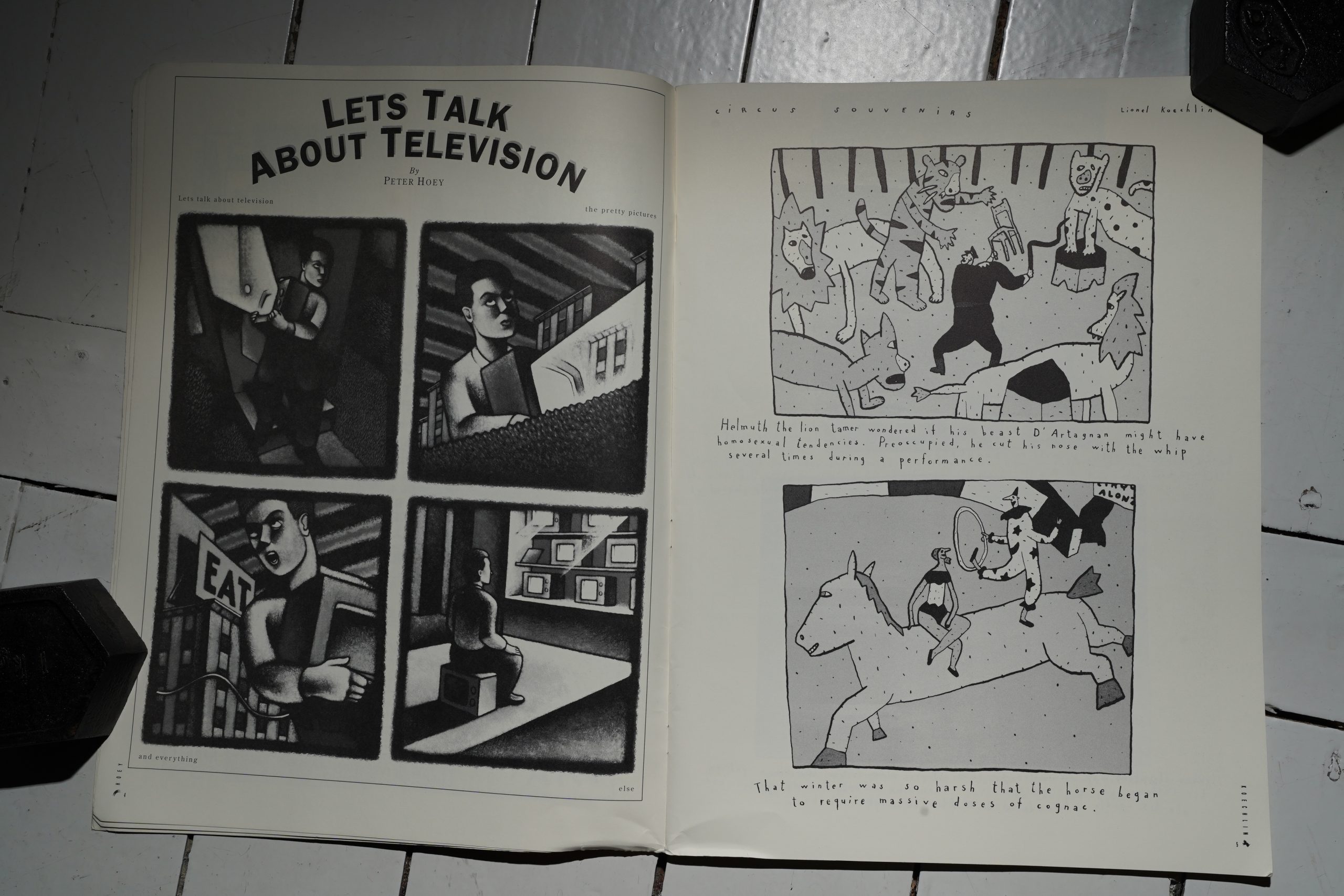 … but it also means there’s not much coherence, either. (Peter Hoey and Lionel Koechlin.) 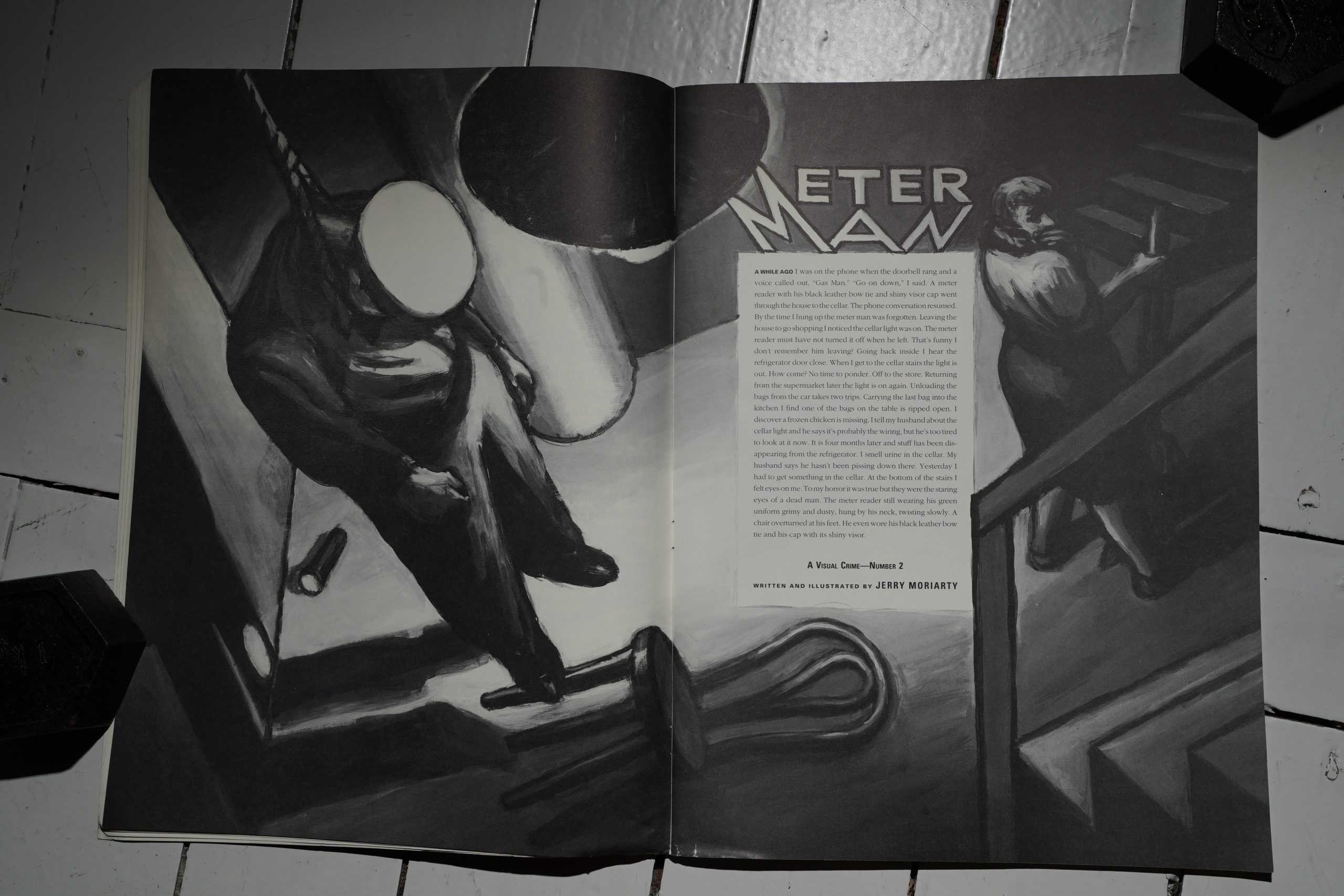 We get eight pages of Jerry Moriarty’s narrative paintings. (He was a teacher at the SVA.) 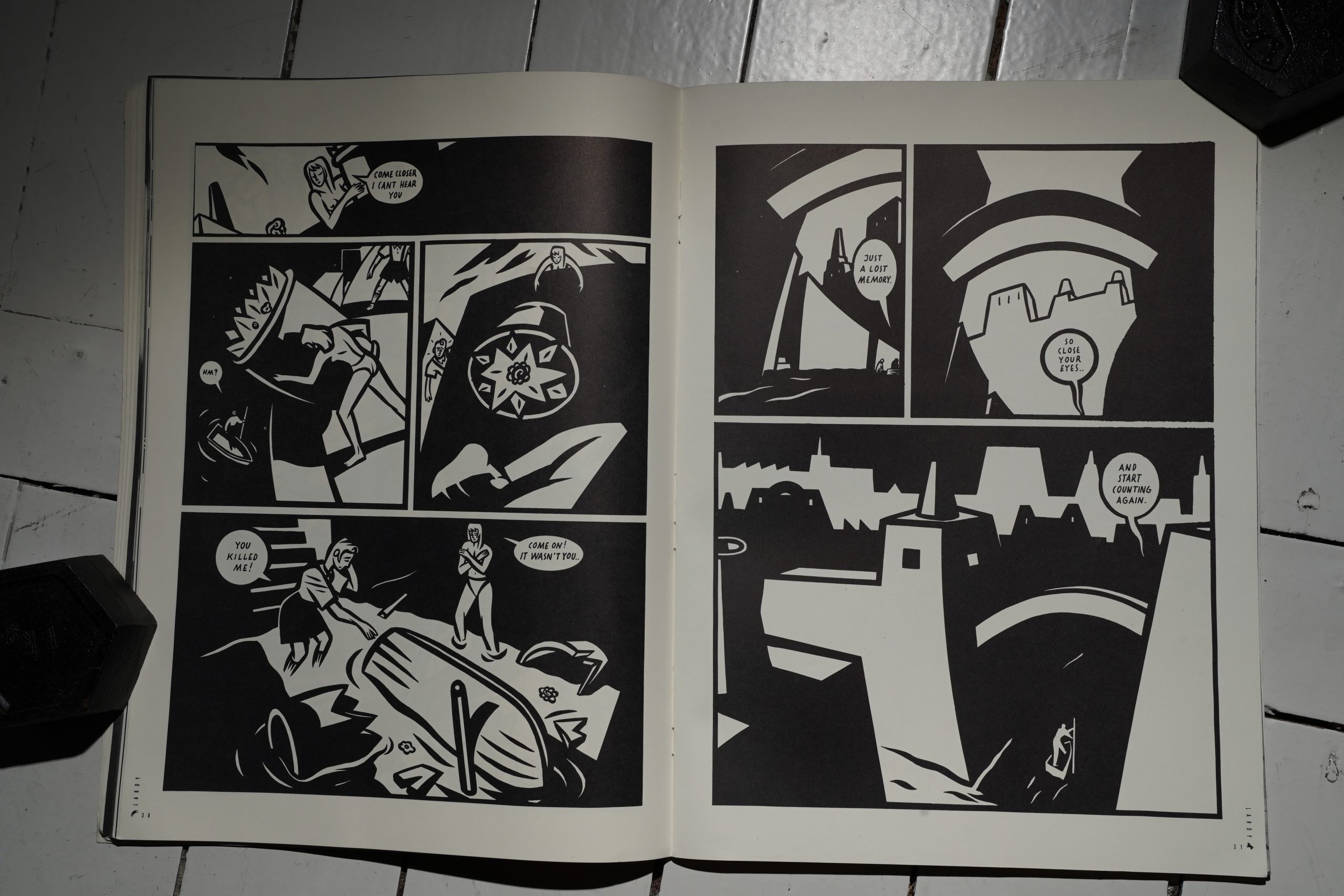 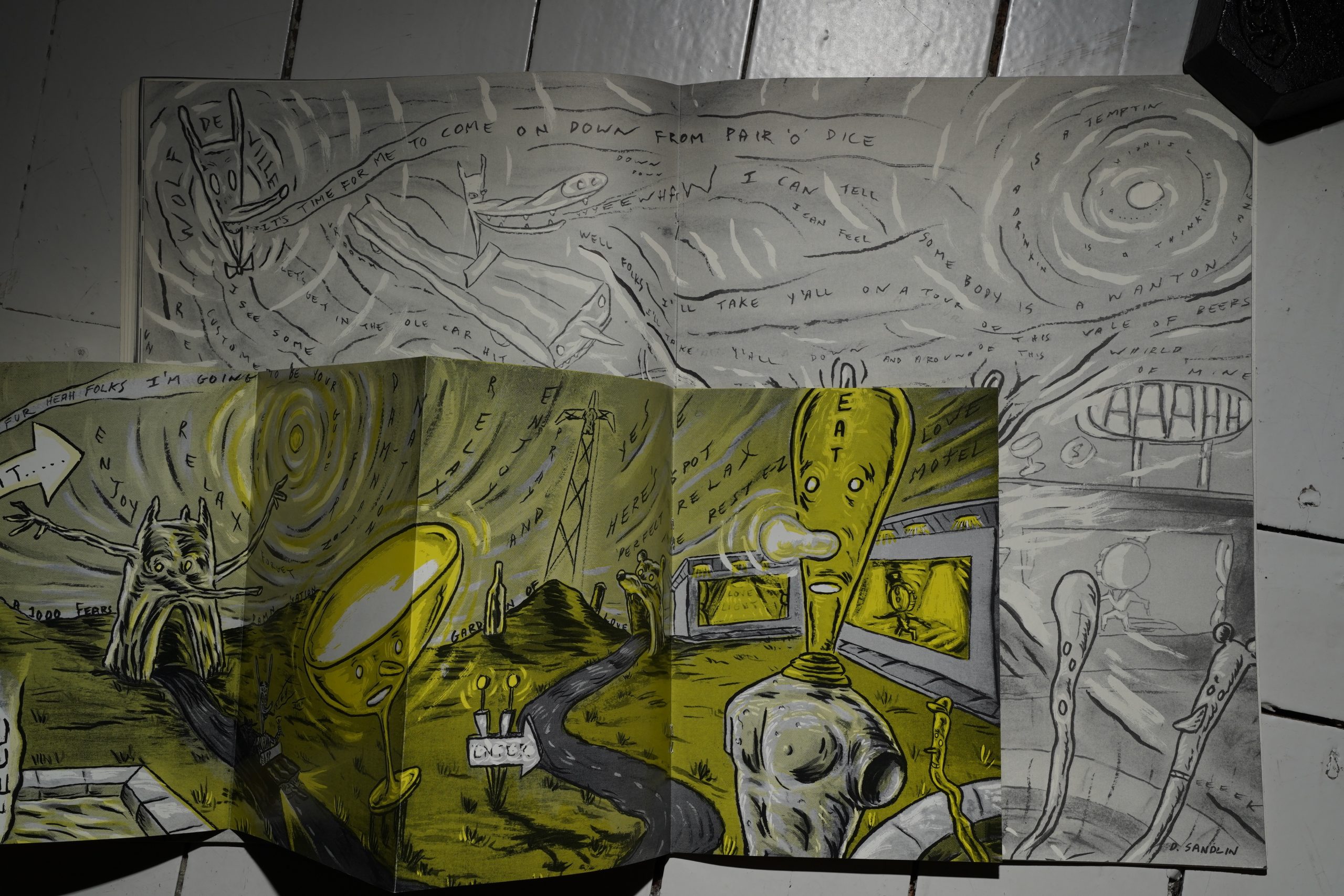 David Sandlin gets a fold-out booklet. 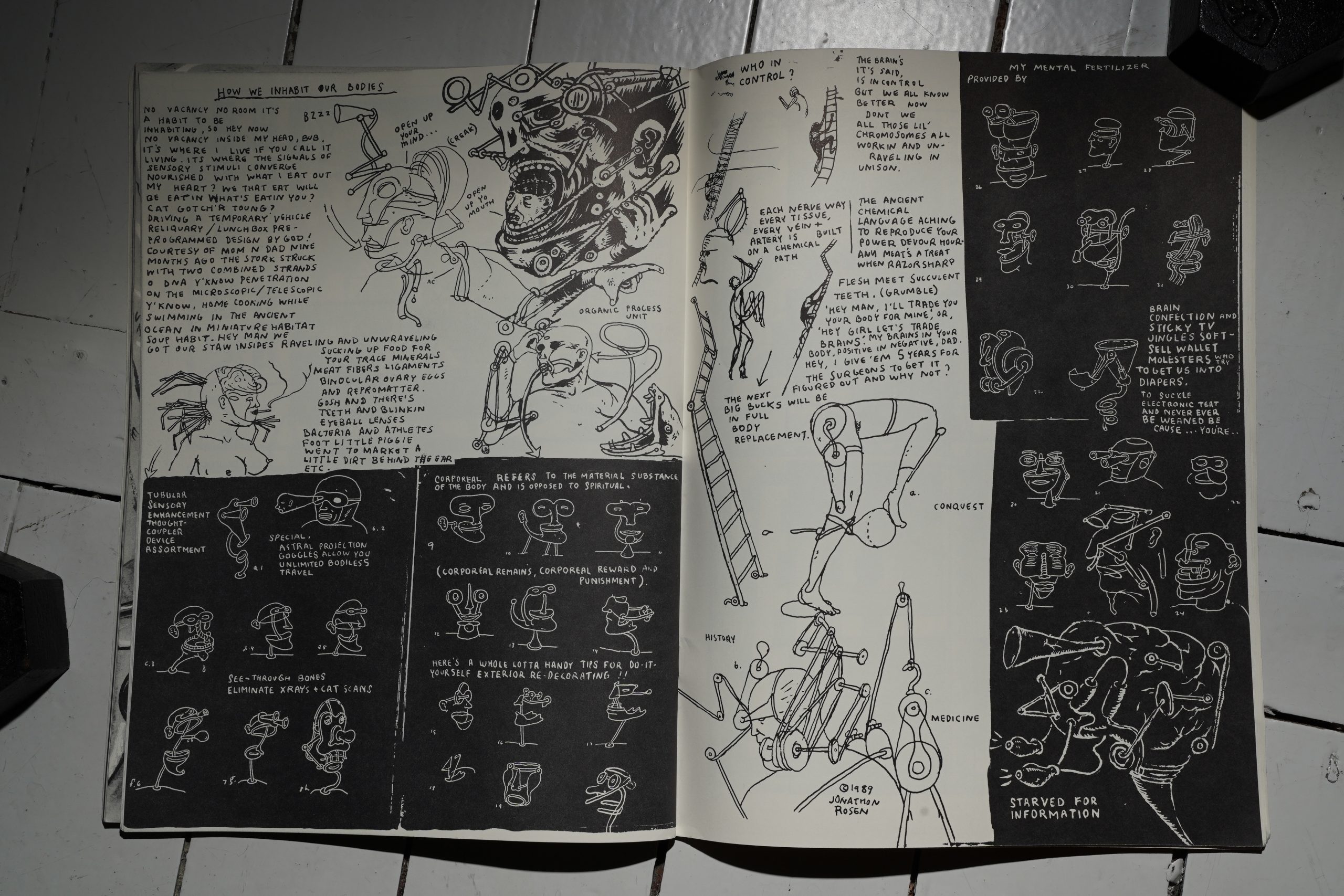 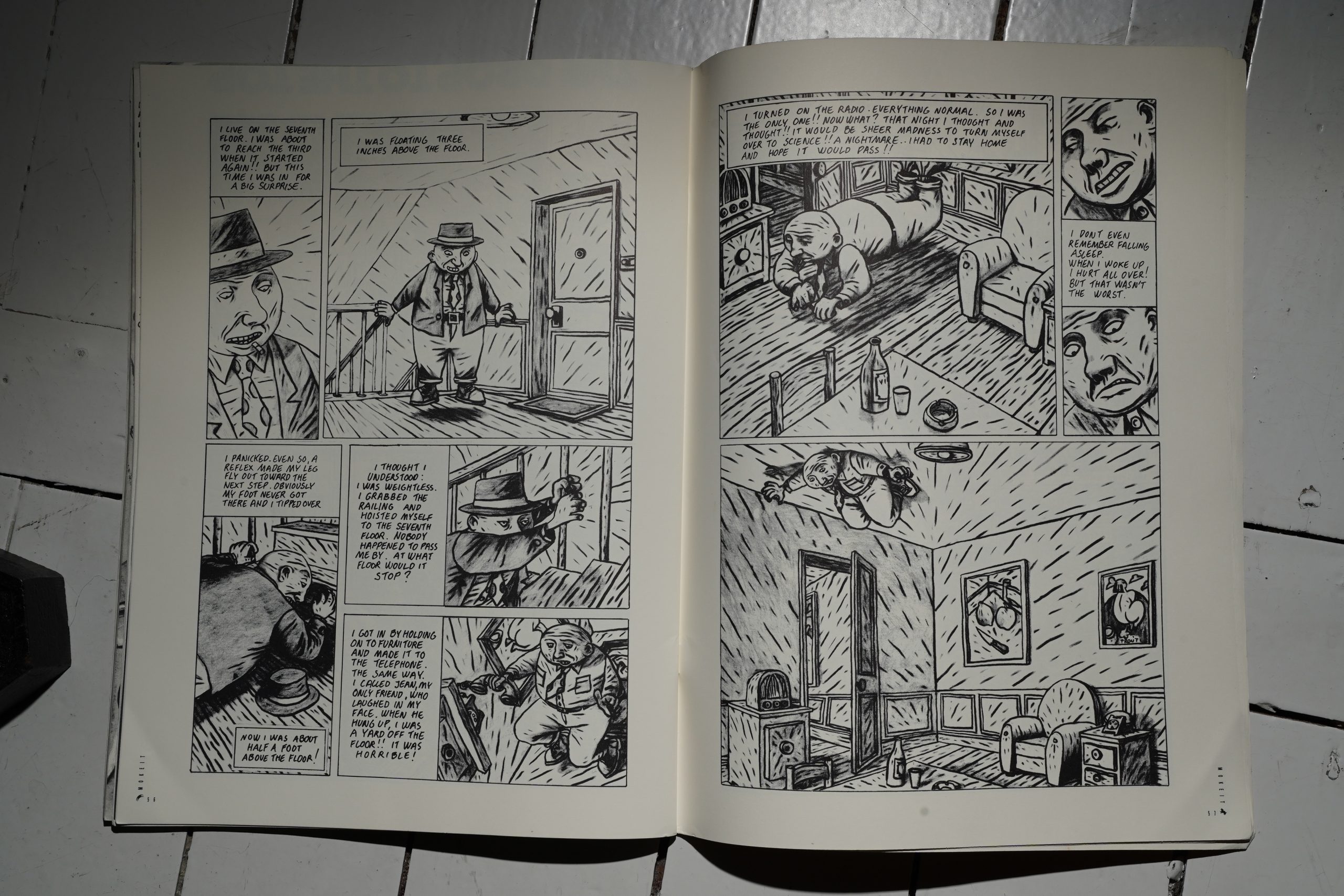 And this thing, by Mokeit, is co-copyrighted by Futuropolis, so this is definitely a reprint?

It’s a very odd book. What was the selection criteria here (beyond not being a woman — there’s apparently just a single page by a woman here)? There doesn’t seem to be much of a distinctive aesthetic here? If it’s just a collection of student work, why is there also the Mokeit thing?

Lardy is now a painter.

Ah, Lardy went to the SVA himself:

Philippe Lardy, born in Switzerland, is an illustrator and painter. He attended the School of Visual Arts in the late 80’s in New York. He co-published “GIN & COMIX” with Jose Ortega, inspired by RAW Magazine, bringing together an international showcase of artists.

I can’t find anybody anywhere who’s read this book on the internets, but you can pick them up for cheap: