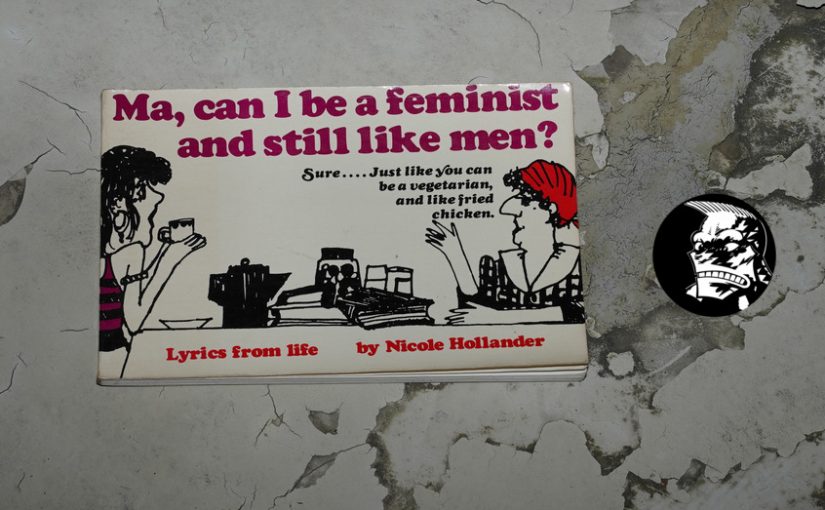 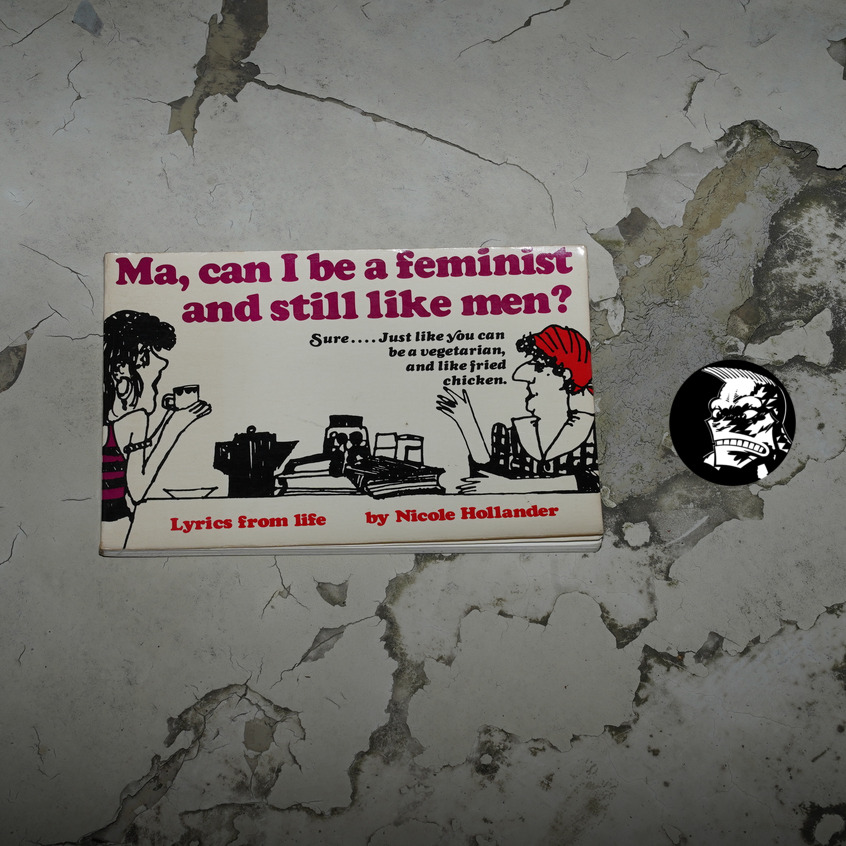 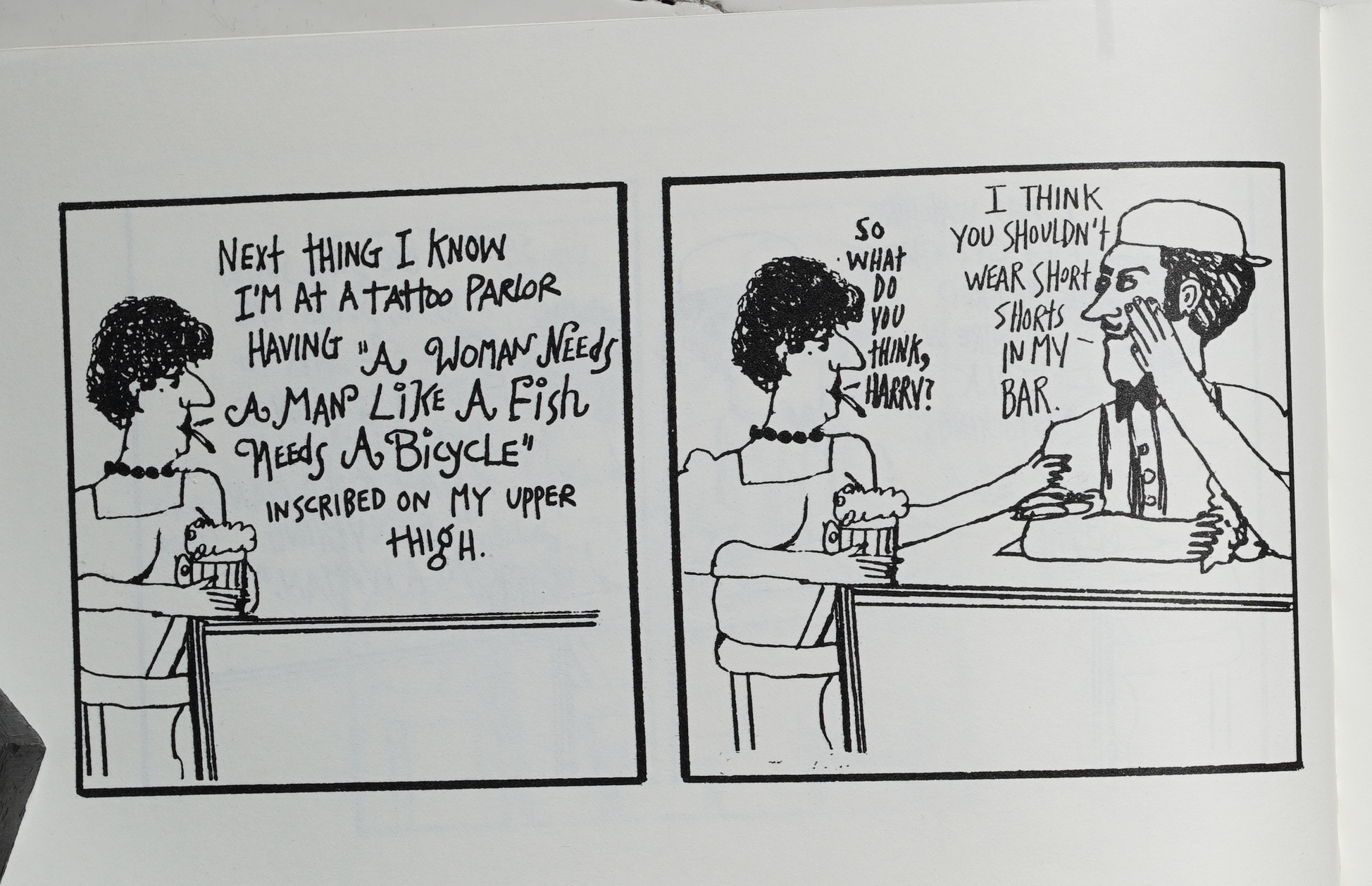 I’m not going to continue covering the Hollander books in this blog series (since she works on a scale perpendicular to the topic), but I thought I’d do at least one more: The first collection was all politics all the time, and in this one she starts her segue into doing more character-based stuff.

Hollander and Lynda Barry were (are?) friends, and Barry and Matt Groening were friends (or something), and all three of their strips followed the same trajectory: First Hollander, then Barry a few years later, and then Groening shortly afterwards (if I’ve got the chronology right). (I know, I could do research, but that sounds like work, so I’m going by vague memory instead.)

That is, they all started out doing topic-based strips, and then they all moved (slowly) towards using recurring characters…

Sylvia explains the joke on the cover. Helpful as ever. 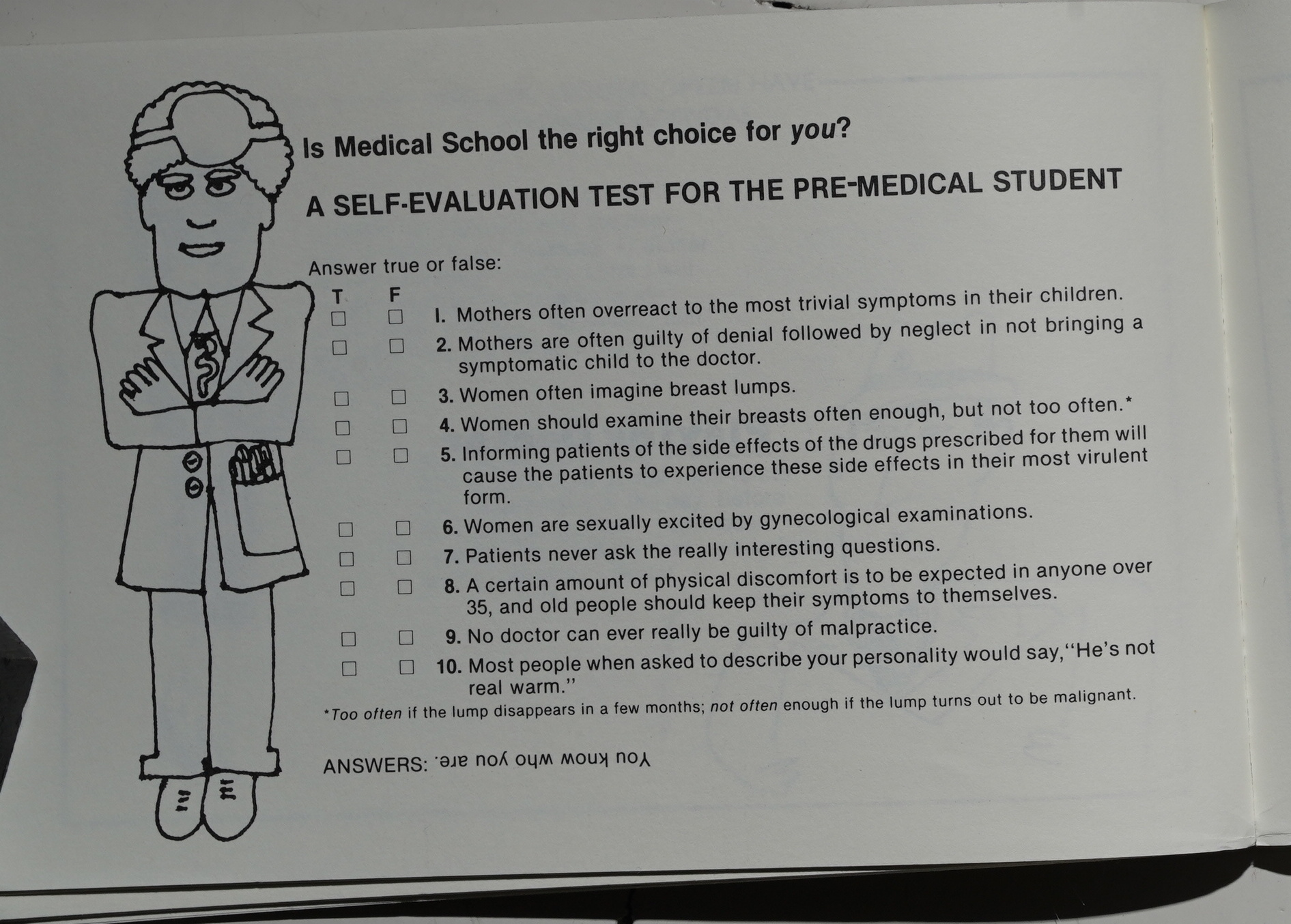 Heh heh. “Answers: You know who you are.” I think we all do. 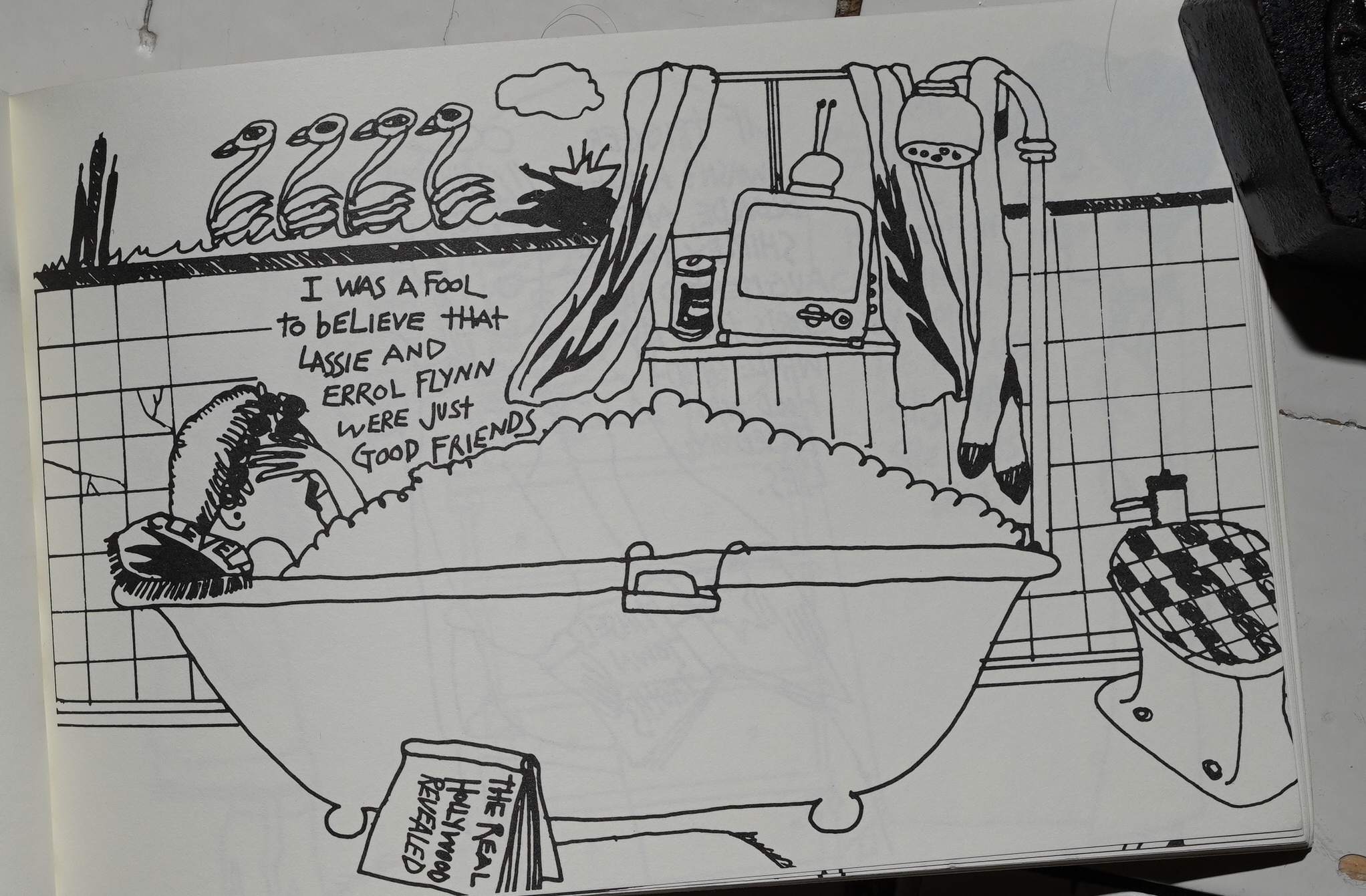 Oh yeah! This one:

Wasn’t there a law on the books that said you had to have this strip taped to your fridge a couple of years during the 80s?

Anyway, it’s a funny book, but it’s much, much lighter than Hollander’s first book.