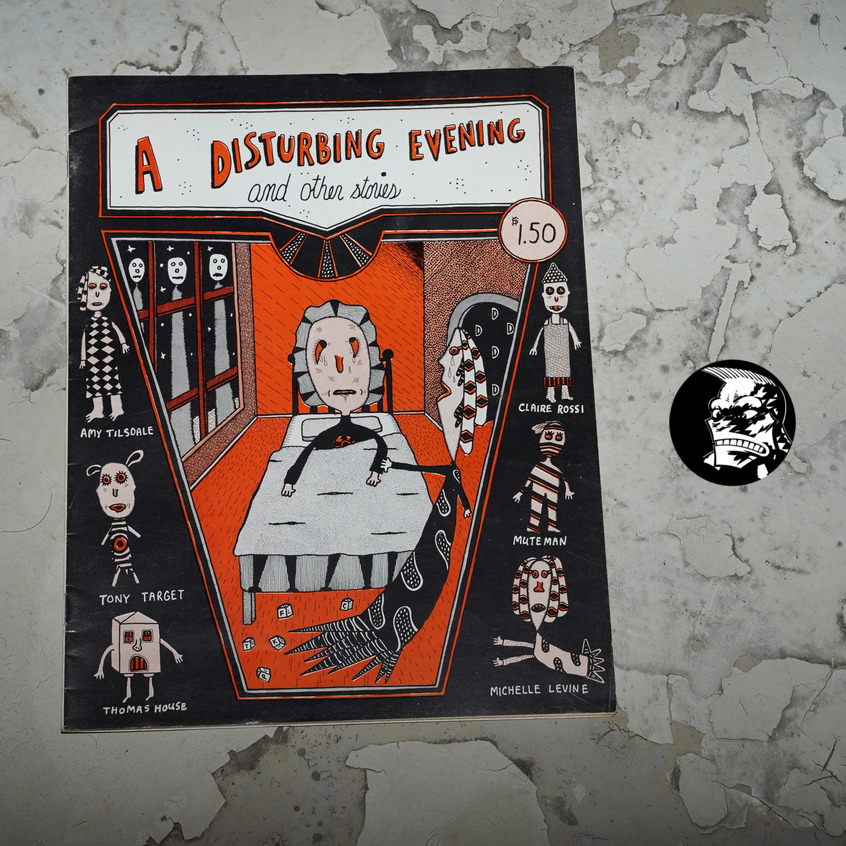 Look what I found! I’ve been trying to get a copy of this book for decades, and it finally popped up on ebay the other week. Serendipidee-doo.

So I’ve never read this before, and my heart is actually racing — I’m all excited! 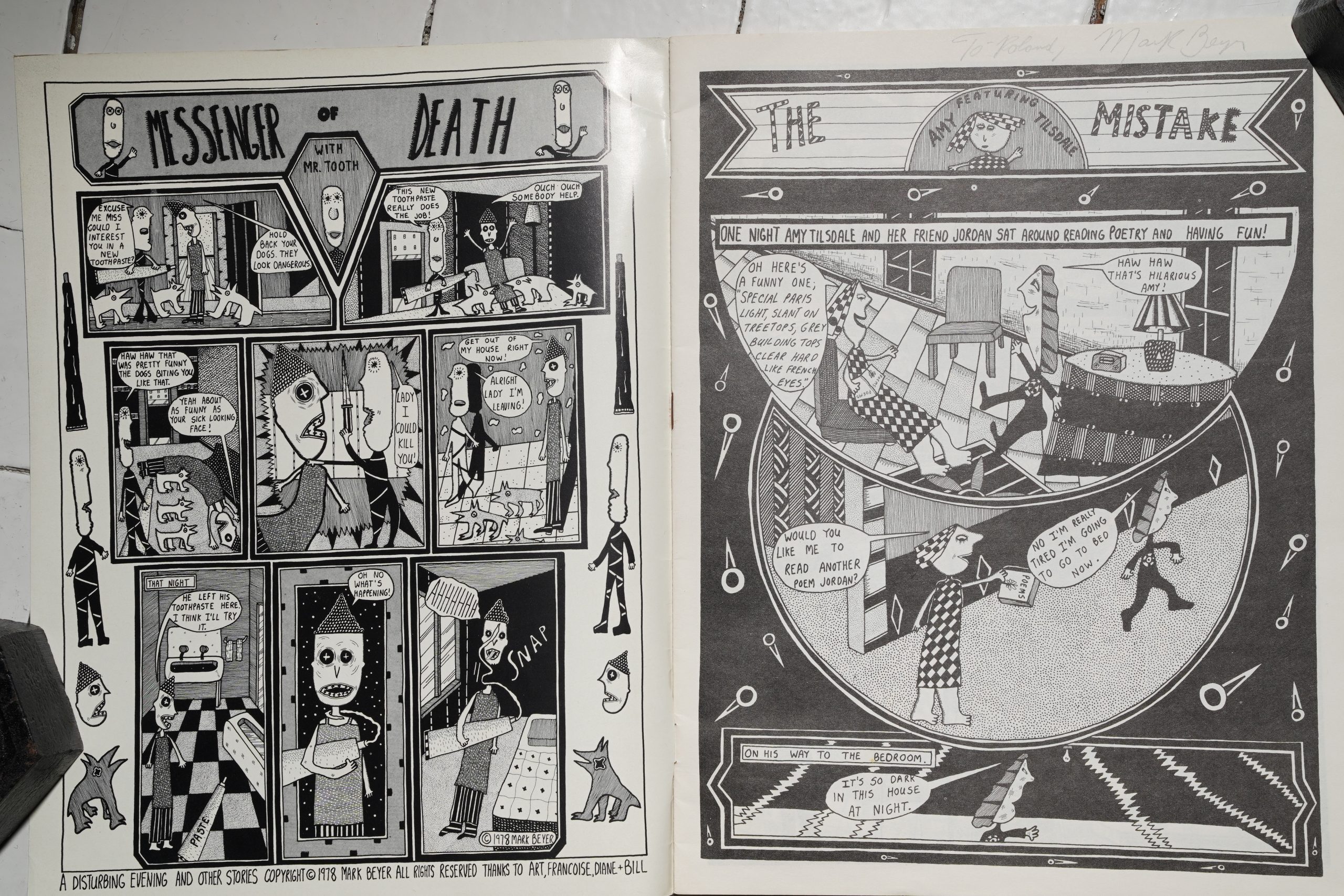 Oh, wow. These comics were drawn in 76-78, and I don’t think I’ve seen any Beyer stuff that’s that early. He clearly had his design sense already at that point, but his figures aren’t as assured as they’d become later. 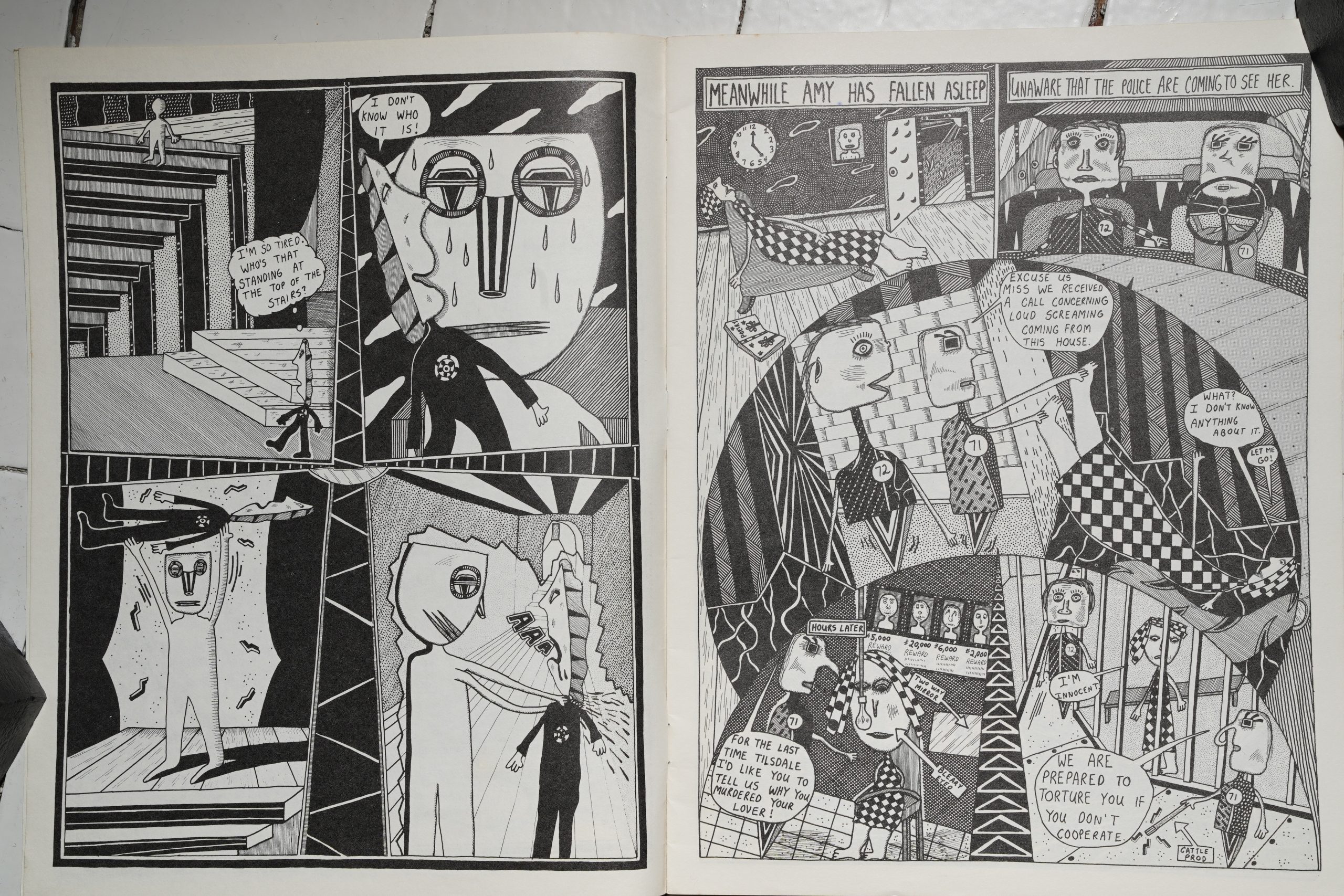 This is just wild. It’s even more far out than his later work. I mean, look at Amy on the couch being arrested… that’s mind blowing. 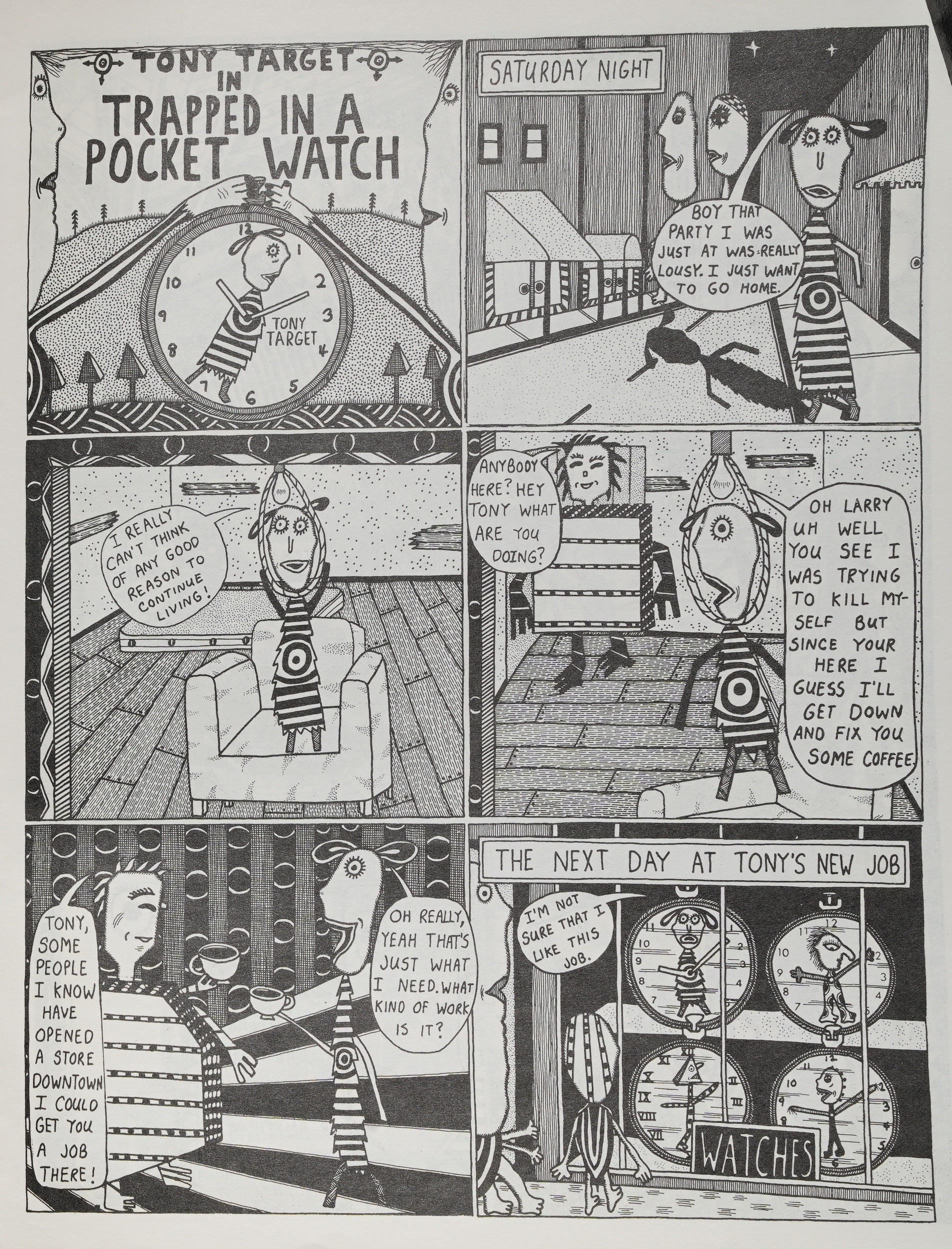 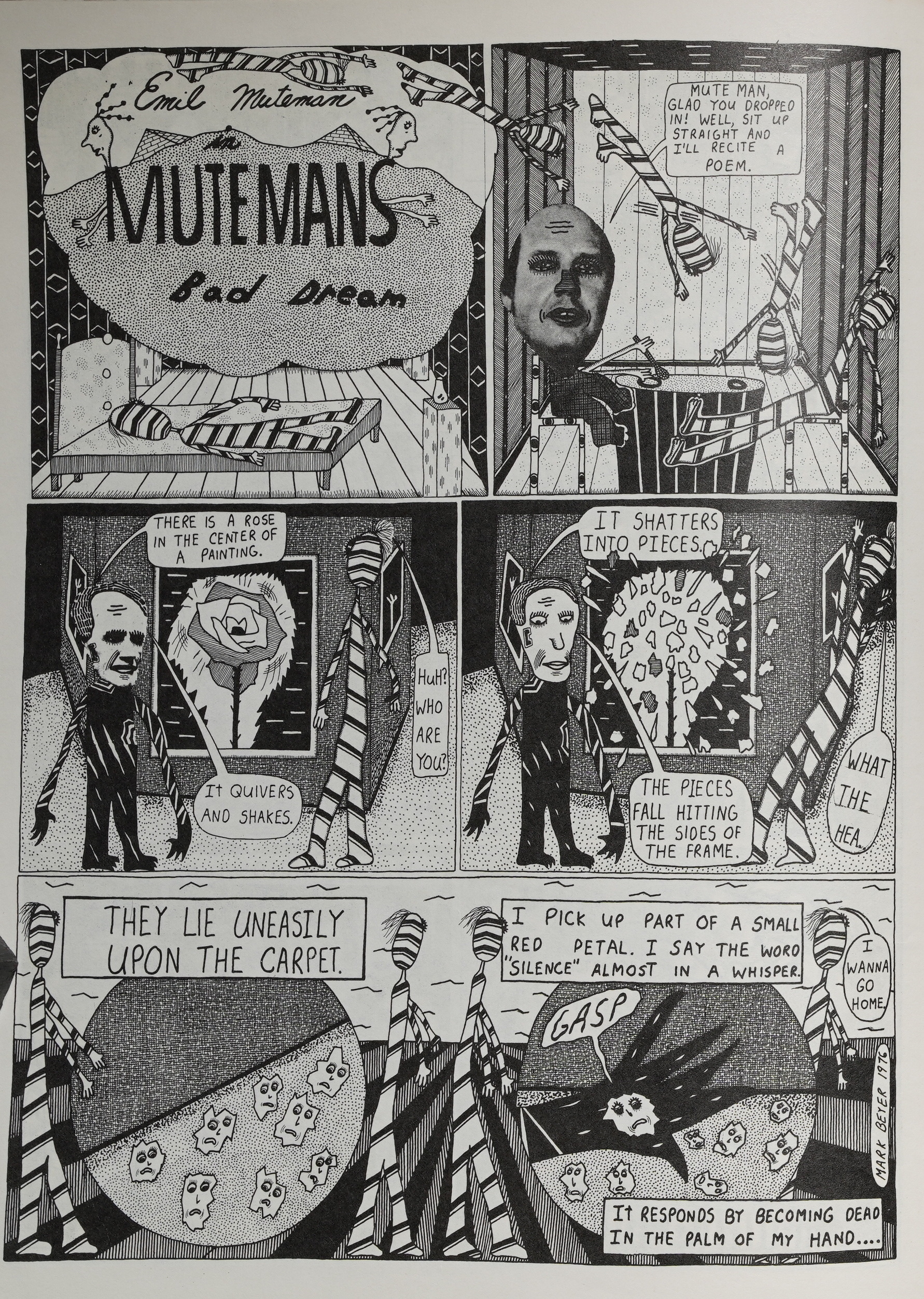 “Muteman”. Beyer’s strips often have a nightmarish quality, but I think this is the only overt dream retelling I can remember? 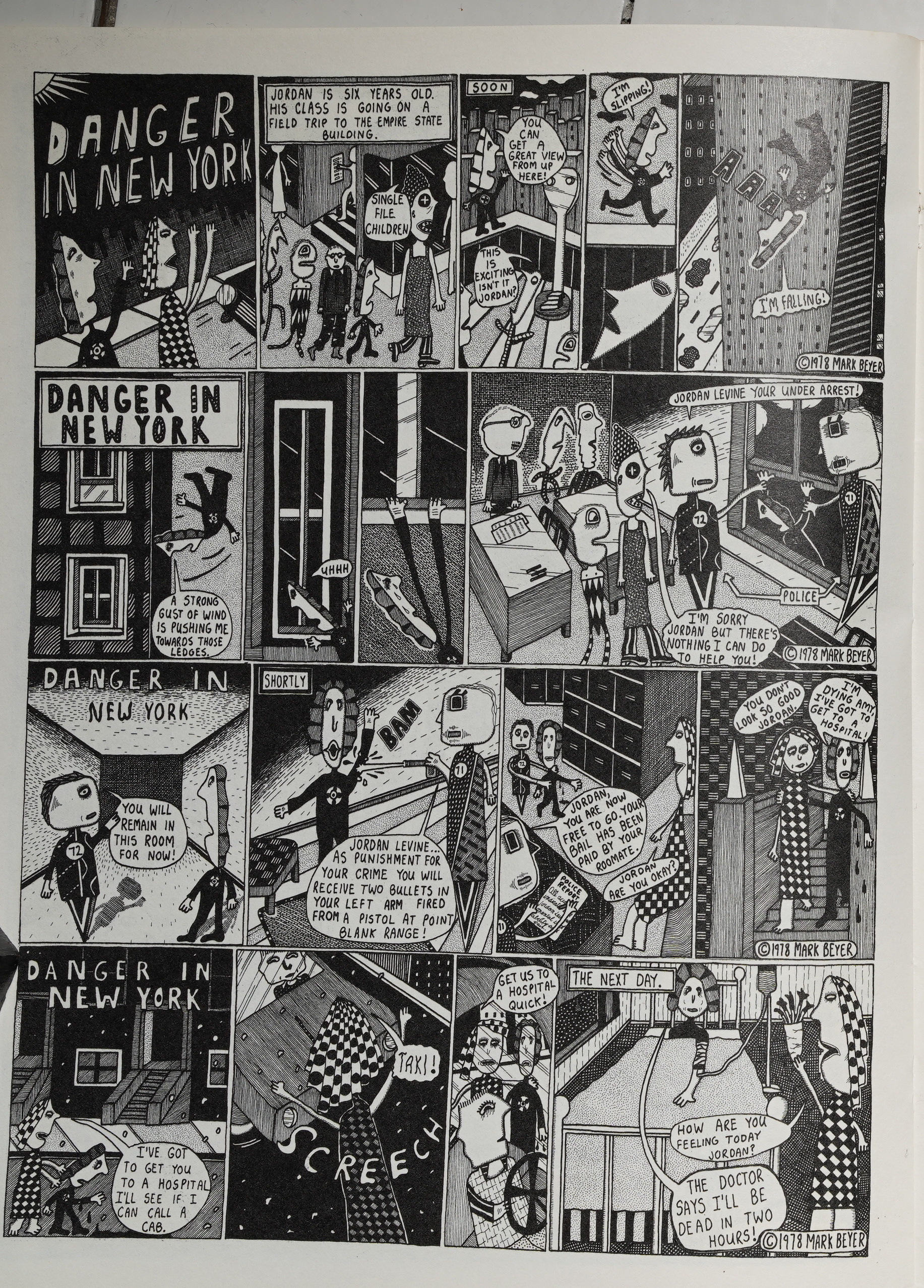 The bulk of Beyer’s comics work is the Amy + Jordan strip series, and he’s experimenting with the form already in 1978. 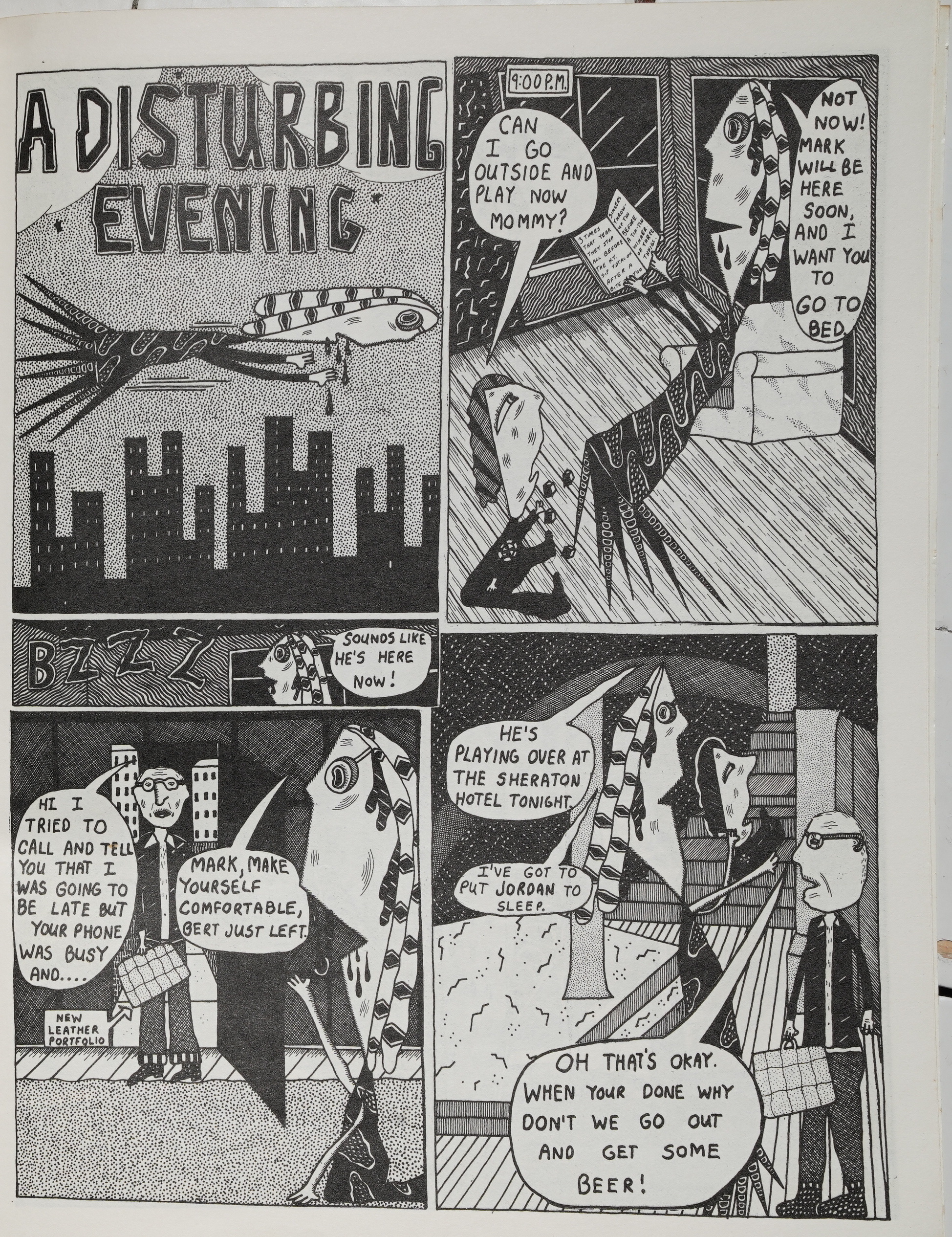 What the… I think that’s Mark Beyer himself? It looks very similar to how he’s drawn himself in the one other strip I remember him drawing himself in… and “mother” isn’t named here, but the son is Jordan, so is this a proto-Amy + Jordan strip? In several of the later strips, Jordan is also very young, but they become the same age as the years go by…

Well! It’s a really interesting book. The artwork is gorgeous, of course, and the stories are fun/scary, and it’s really weird that nobody has reprinted this thing. 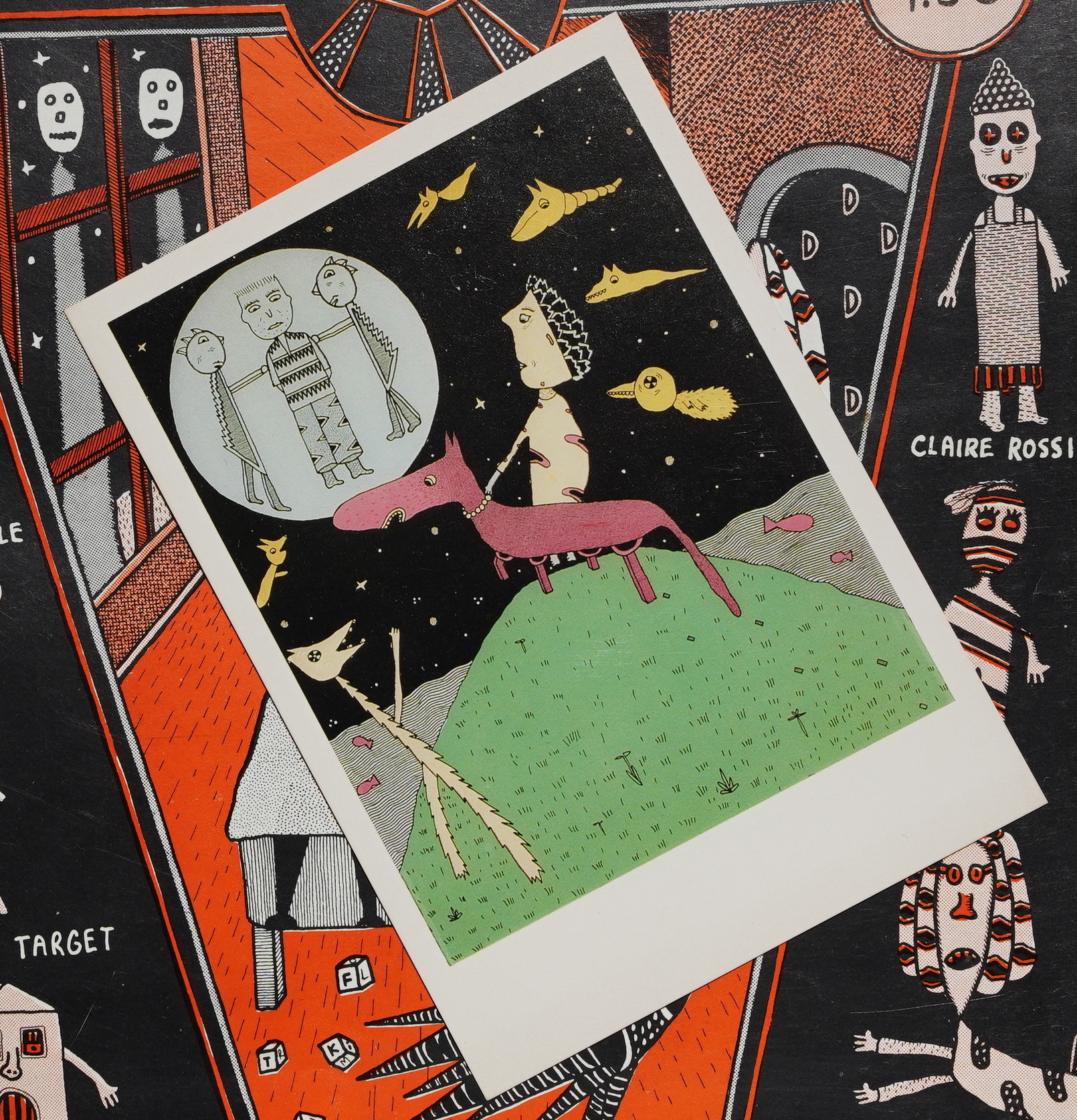 The ebay seller kindly included a Beyer postcard from 1987 (printed by Lambiek). 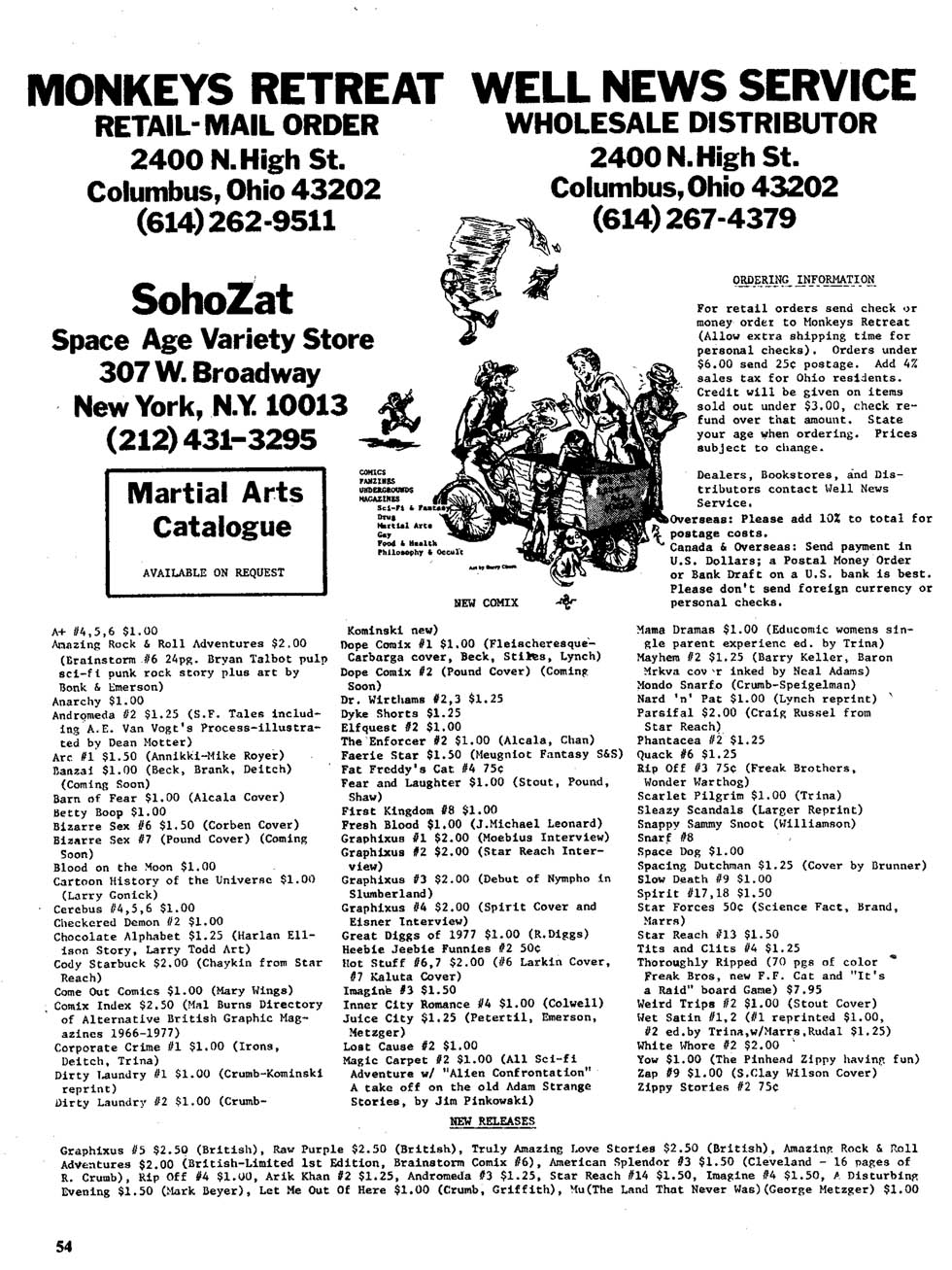 It doesn’t seem like The Comics Journal reviewed this book at the time — the only mention I can find is in this ad from #44. And there’s that SohoZat store again.

2 thoughts on “PX78: A Disturbing Evening and Other Stories”