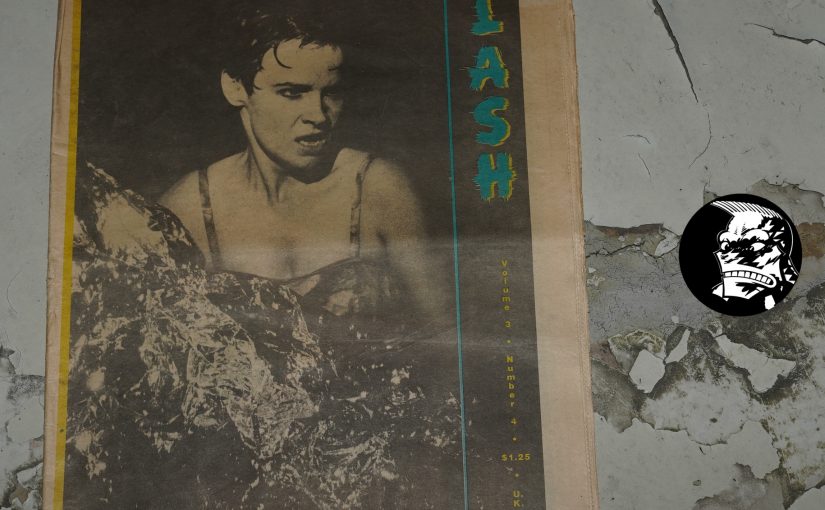 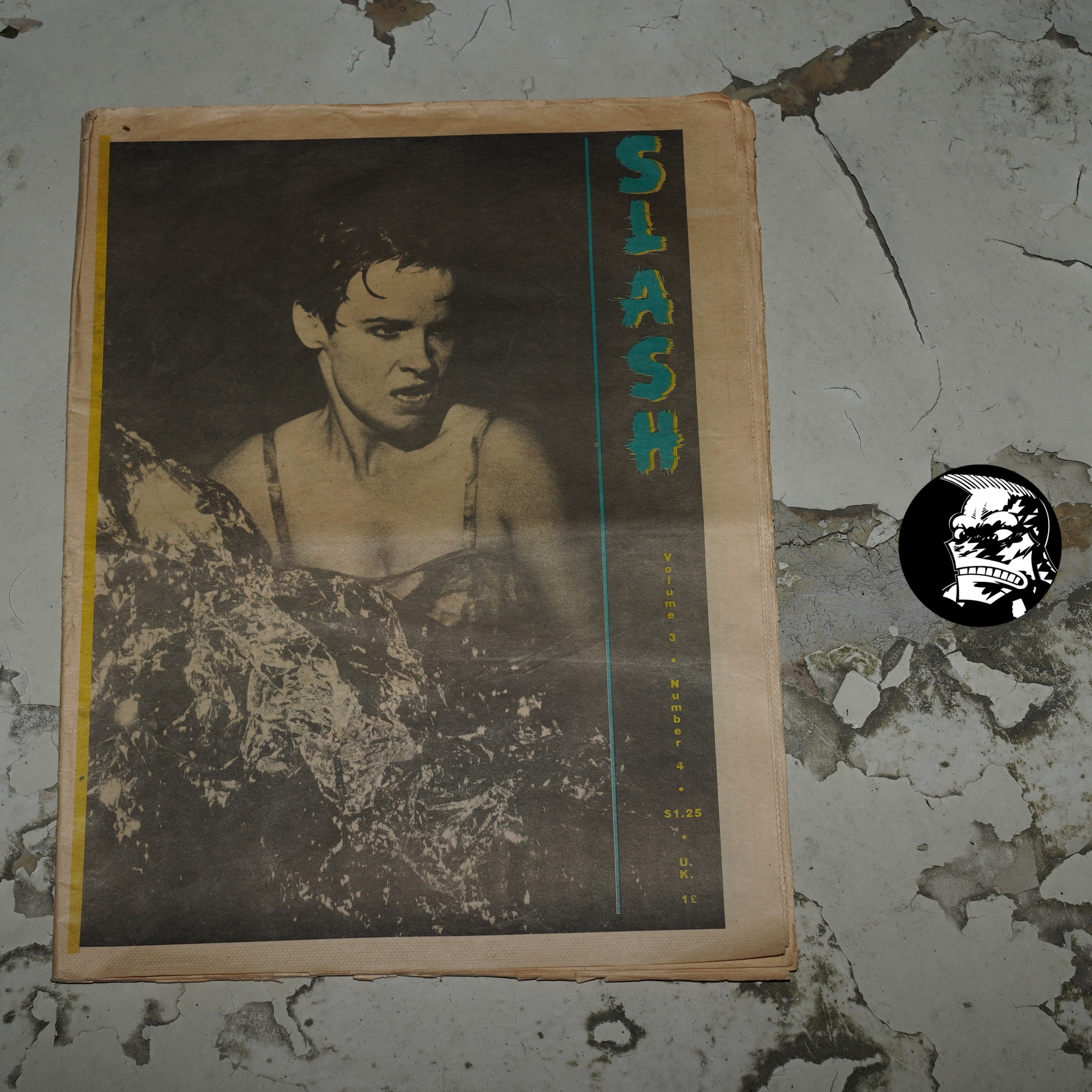 I thought it might be fun to have a look at a random issue of Slash — it is the birthplace of Gary Panter’s Jimbo, after all. 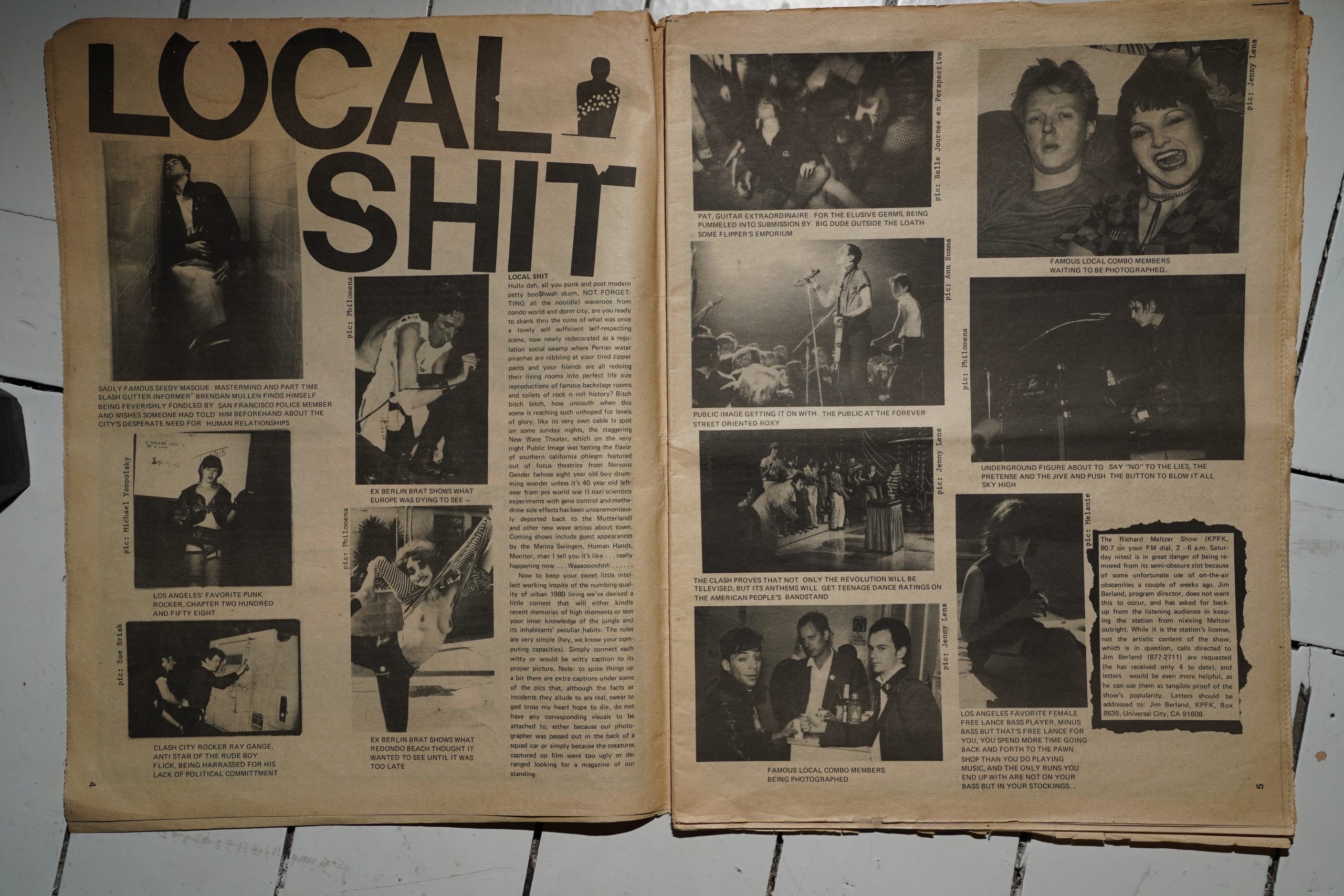 Slash was published in LA, so we get a bunch of local in-jokes, like labelling pics with “famous local combo members” and the guy up there to the left getting a blow job by SF police. (Not to mention mislabelling The Clash and Public Image Ltd.) 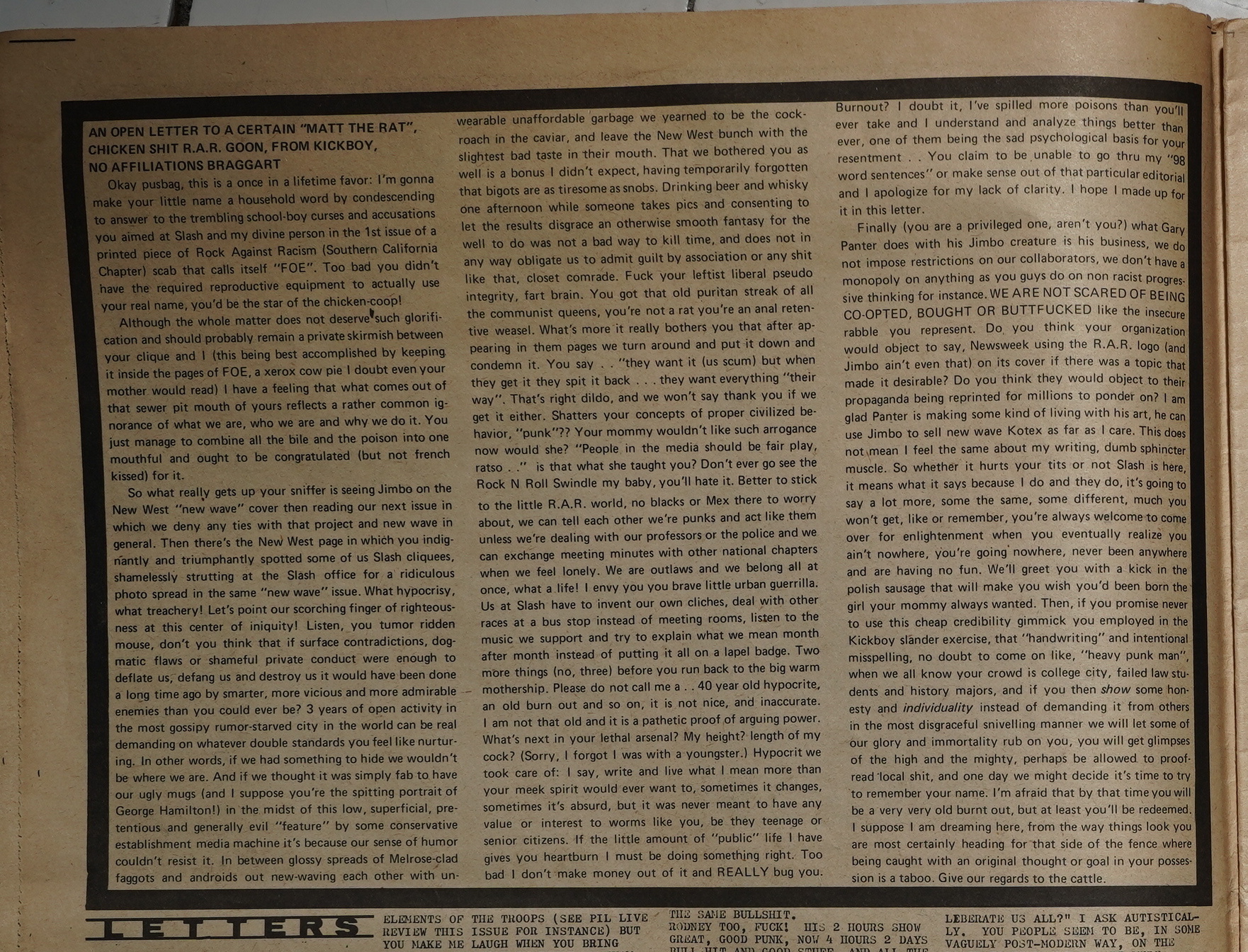 It’s slightly on the insidery tip — here we have an editorial ranting about something that’s not quite clear, but I surmise that Gary Panter had been featured in New West magazine the previous month, and New West was totally un-punk and very establishment? So there’s a backlash, but the editor (Claude Bessy, perhaps?) responds basically with “WE ARE NOT SCARED OF BEING Co-OPTED, BOUGHT OR BUTTFUCKED like the insecure rabble you represent”. I.e., fuck “cred”, which is all very rozz tox. 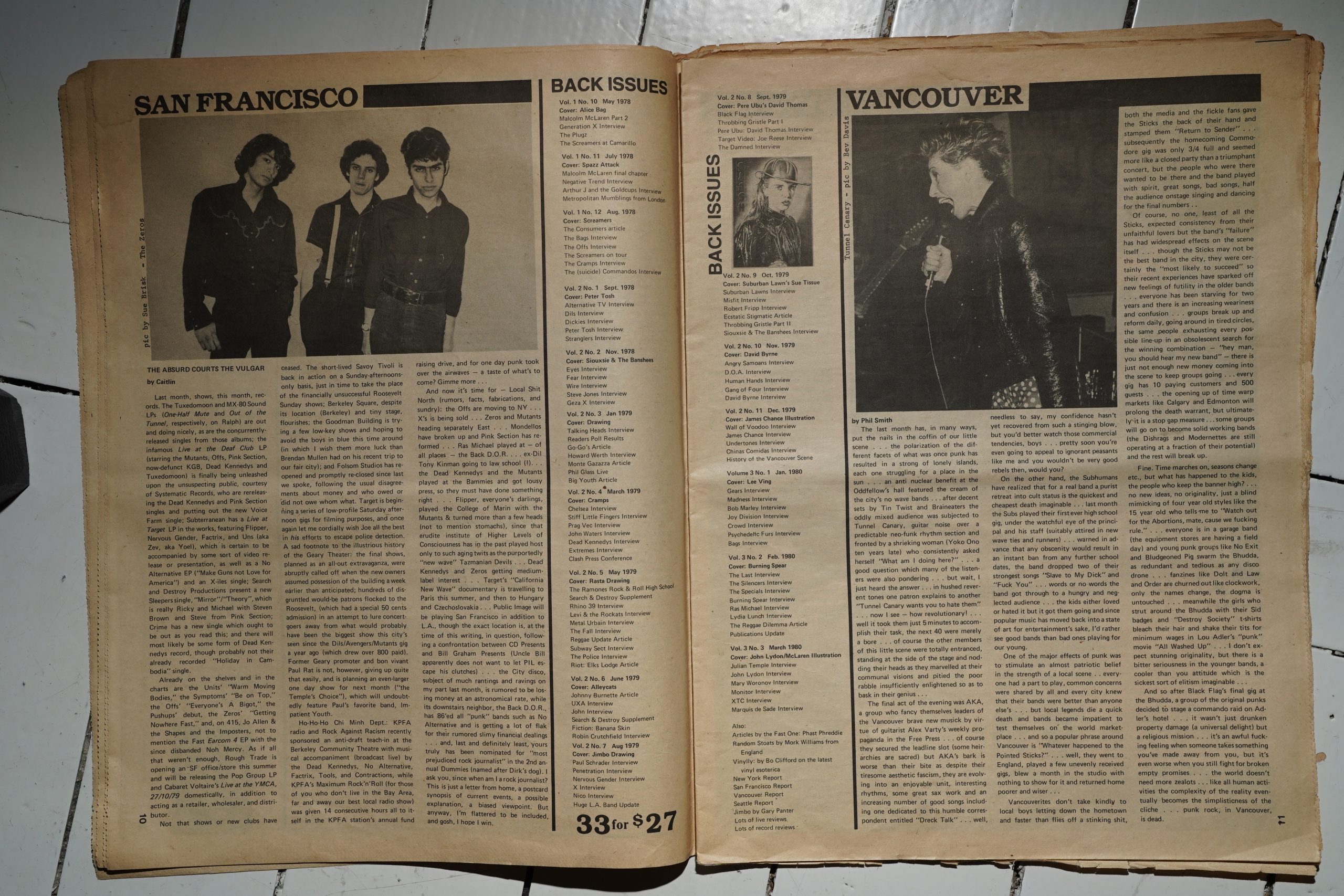 While it’s a local LA magazine, we also get some stuff from other cities… 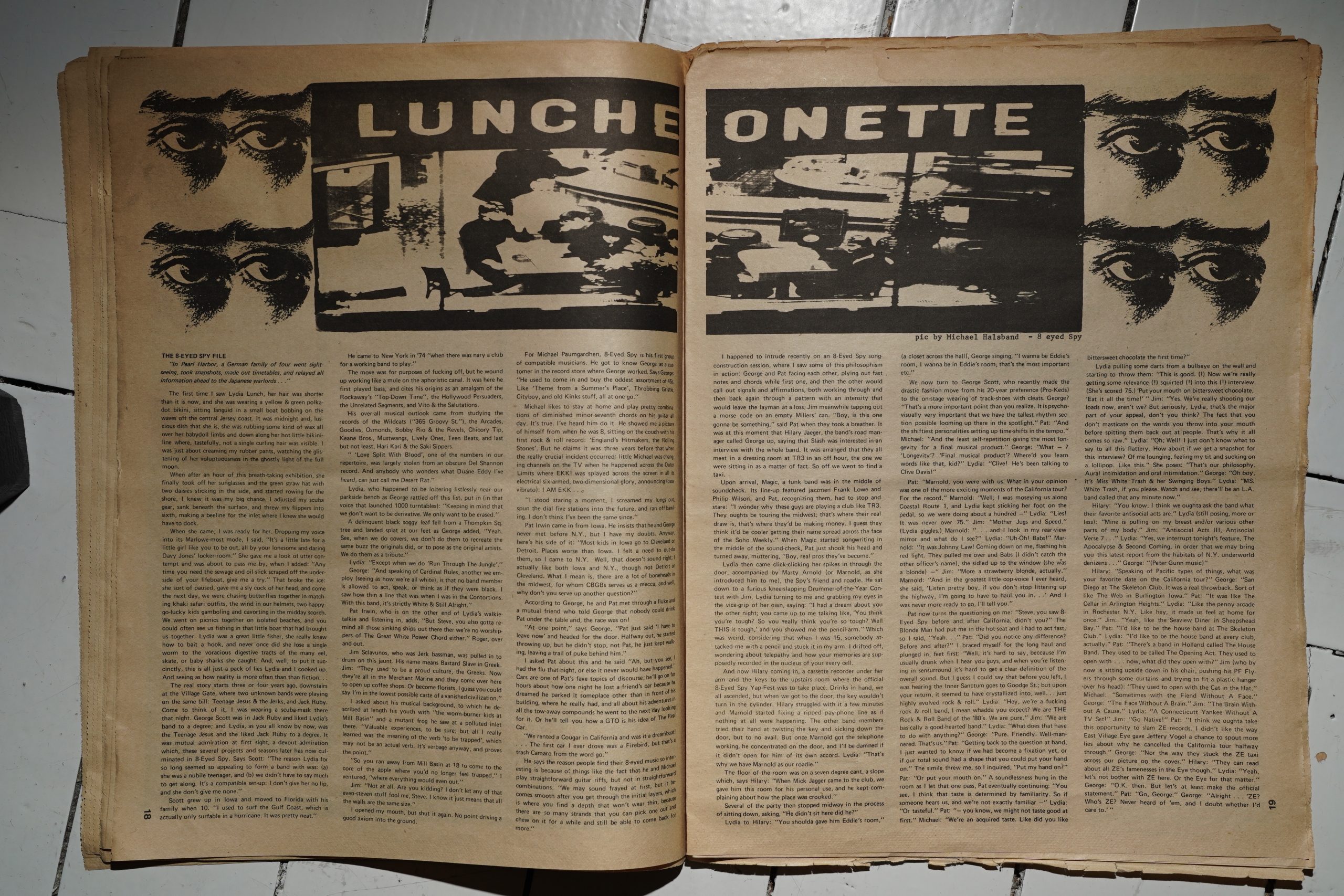 … but it’s mostly interviews with people who are visiting LA, naturally enough. Here we have 8 Eyed Spy, or “that other band Lydia Lunch was in” to most people. 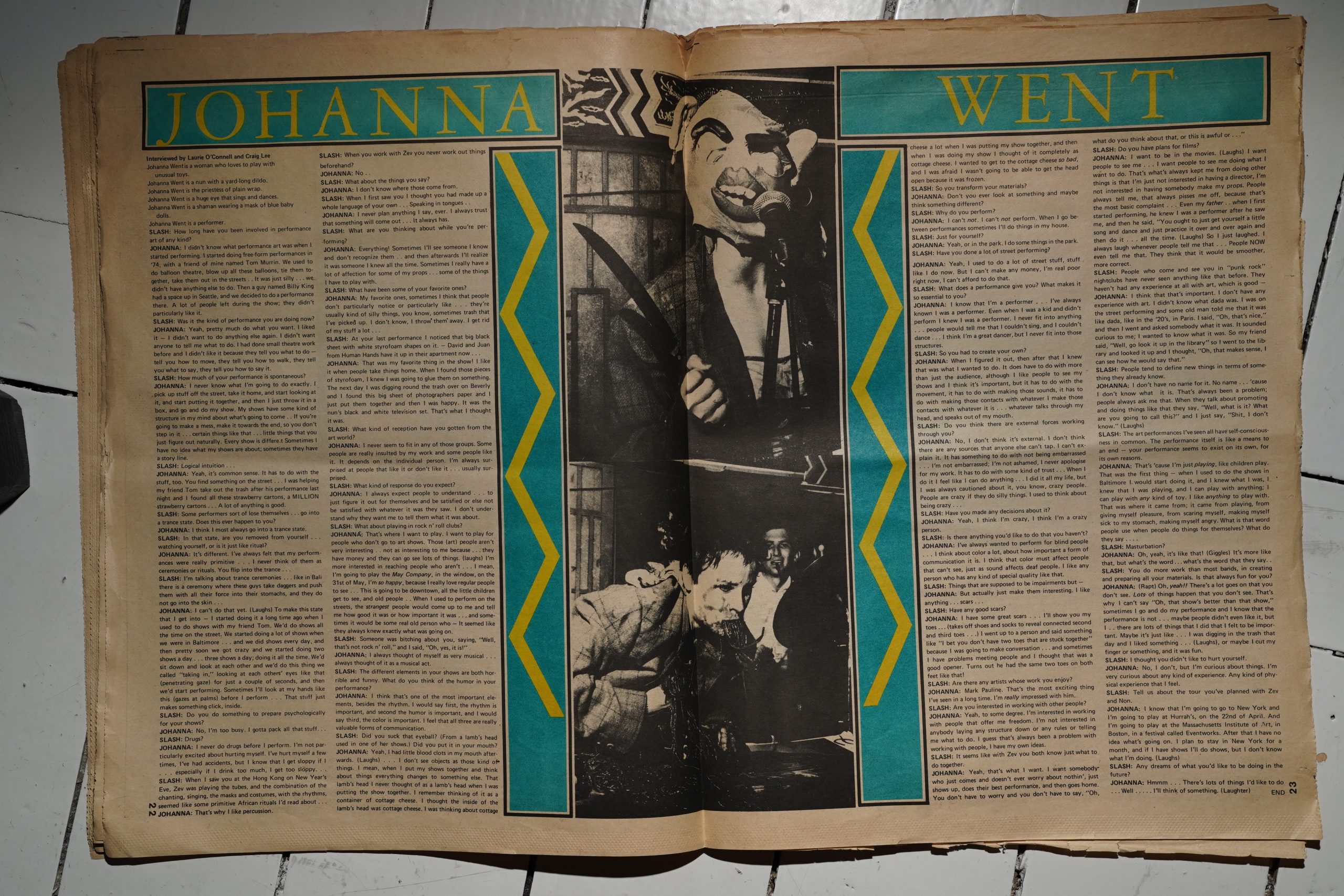 It’s a very open magazine — it’s got all kinds of stuff, like Johanna Went, who was more of a performance artist. 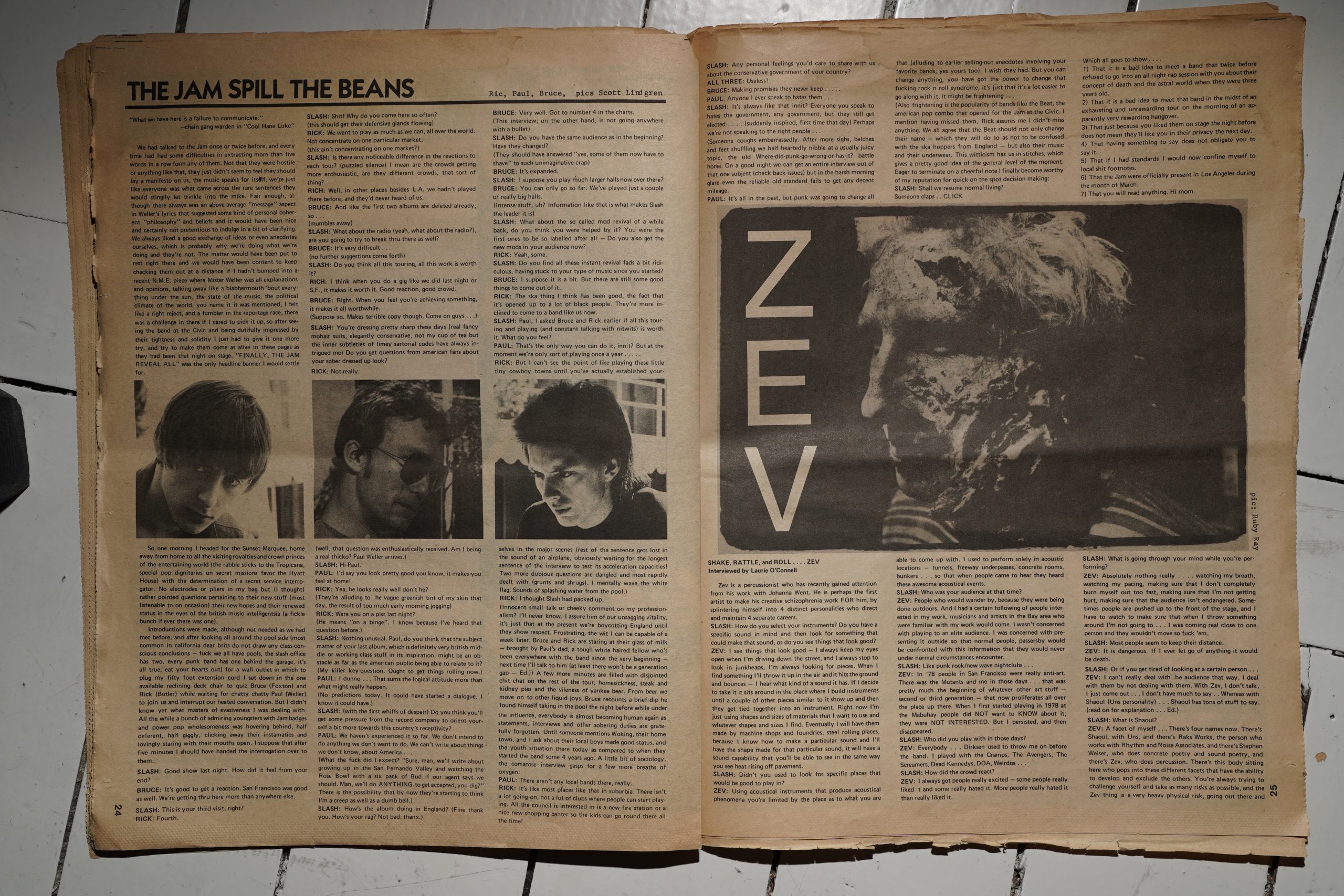 And an interview with The Jam, who didn’t have much cred at all at this point, I think? (And the interview doesn’t go well. It’s quite amusing.) 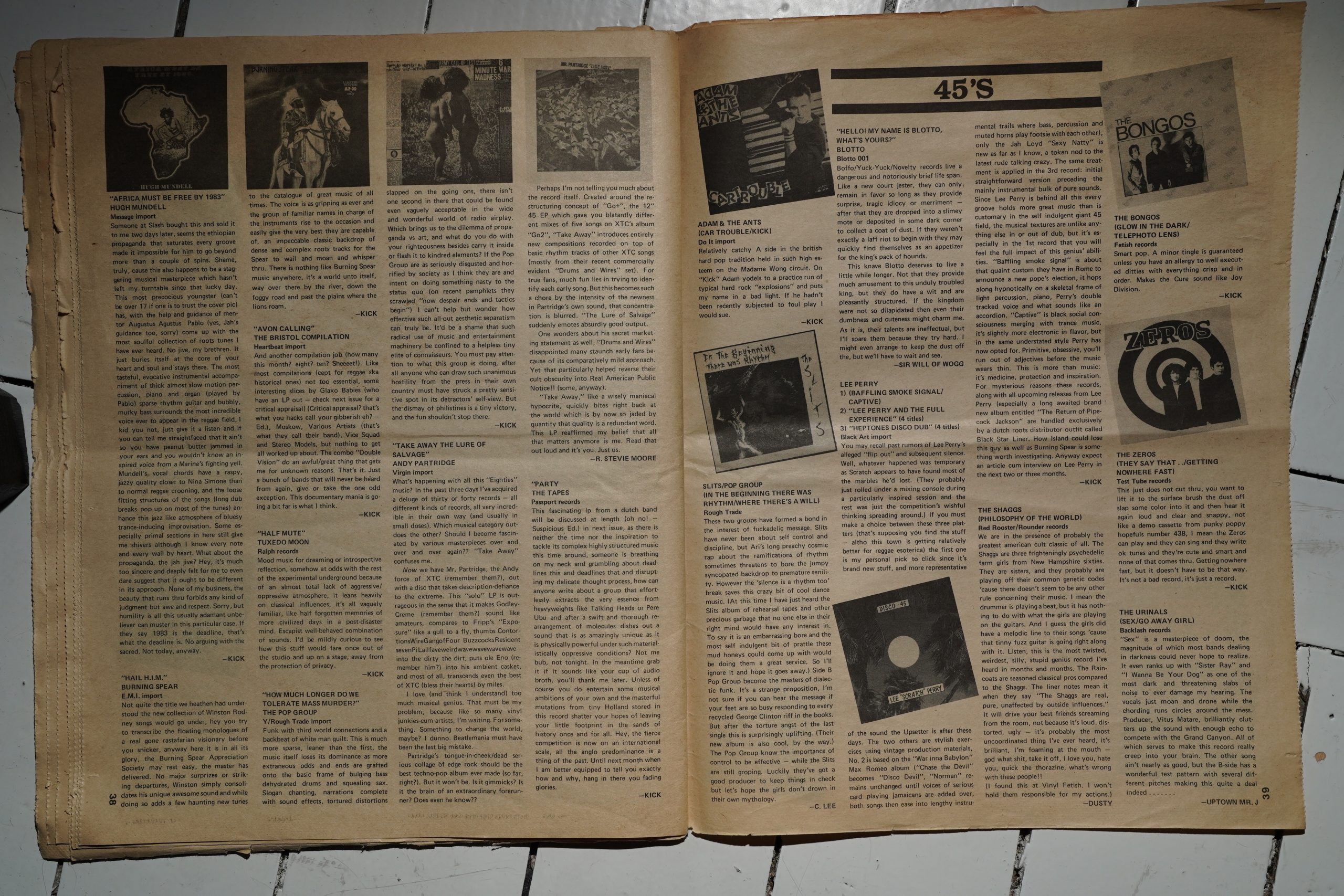 And then we get a whole bunch of album reviews, and again — it’s a surprisingly unorthodox mixture of things being talked about, from reggae to African music to avant garde stuff to (yes) a lot of punk stuff.

I think this is, like, the best music magazine ever? Basically all the featured artists are pretty interesting, the writing is lively (sometimes snide, but mostly not), the layouts are good…

It’s charming? I think that’s the word. And somebody has scanned all the issues, so that you can read them if you want to.

But what about Gary Panter? 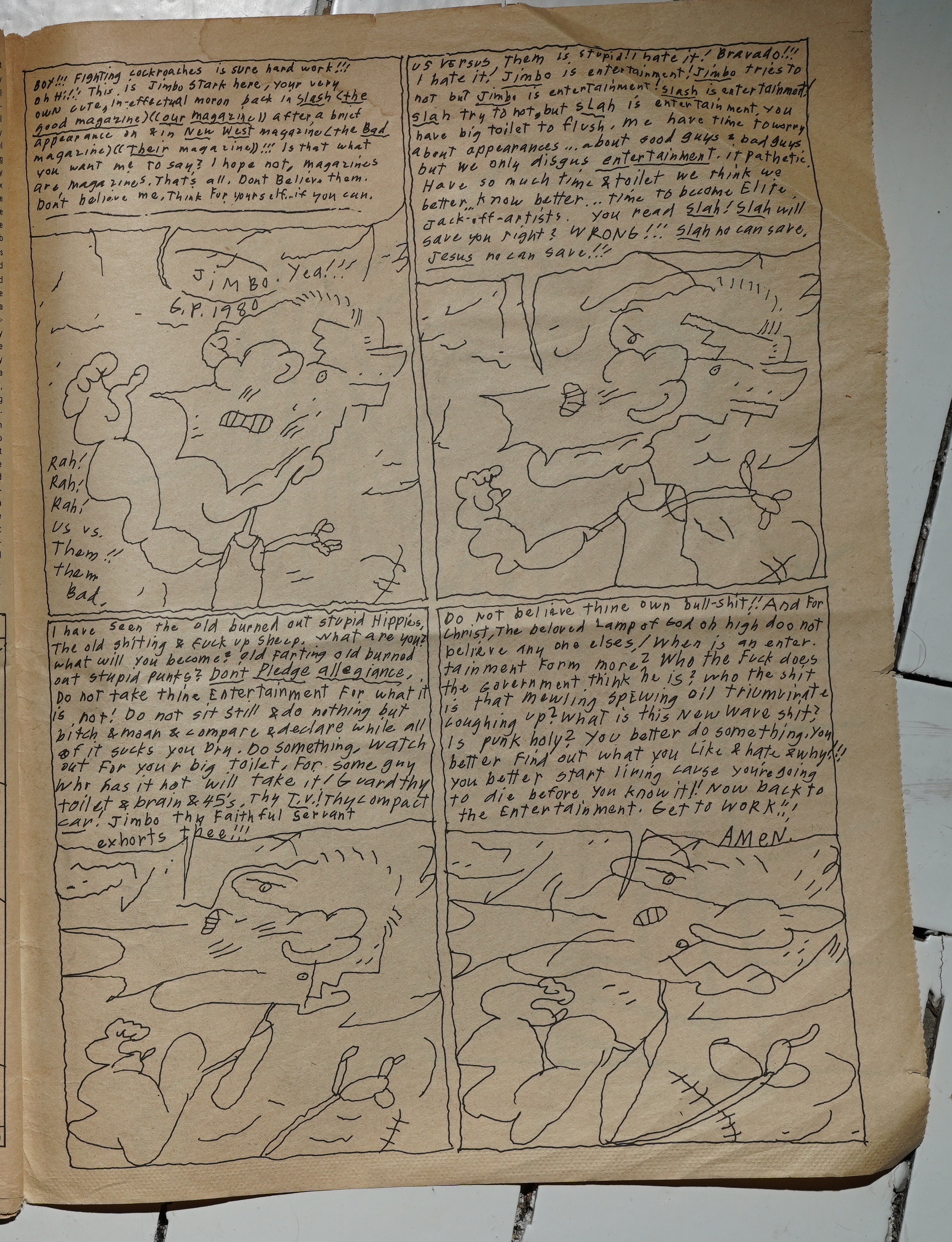 Yes, he’s in here, too… but with a non-Jimbo page (not reprinted in any of the Jimbo books). Instead Panter takes the opportunity to talk directly to the reader, and yes, it’s about that New West magazine thing: “The enemy”. And Panter tells all the haters off.