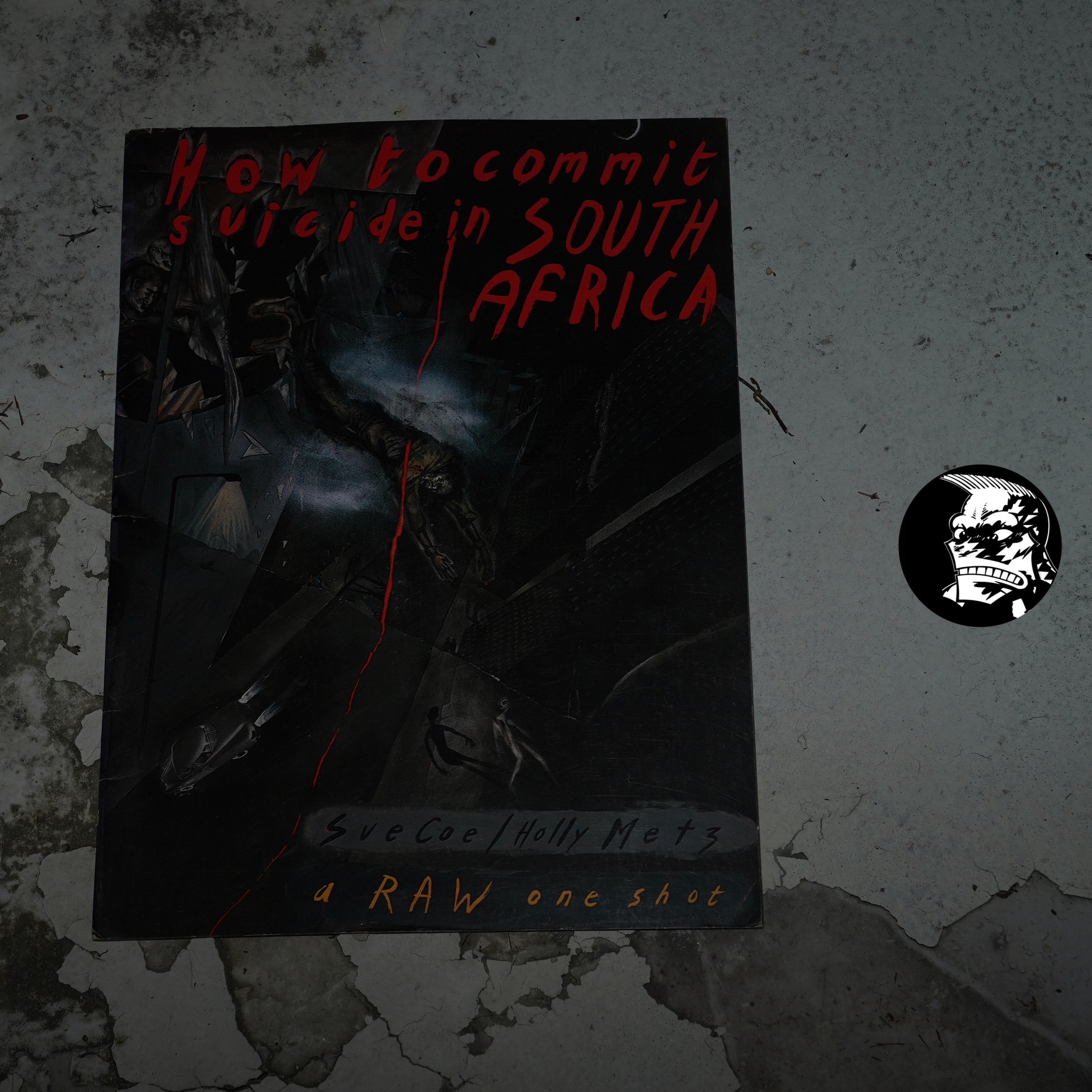 I’ve had this book for a few years now, but I’ve never read it — I thought it would just be too depressing. 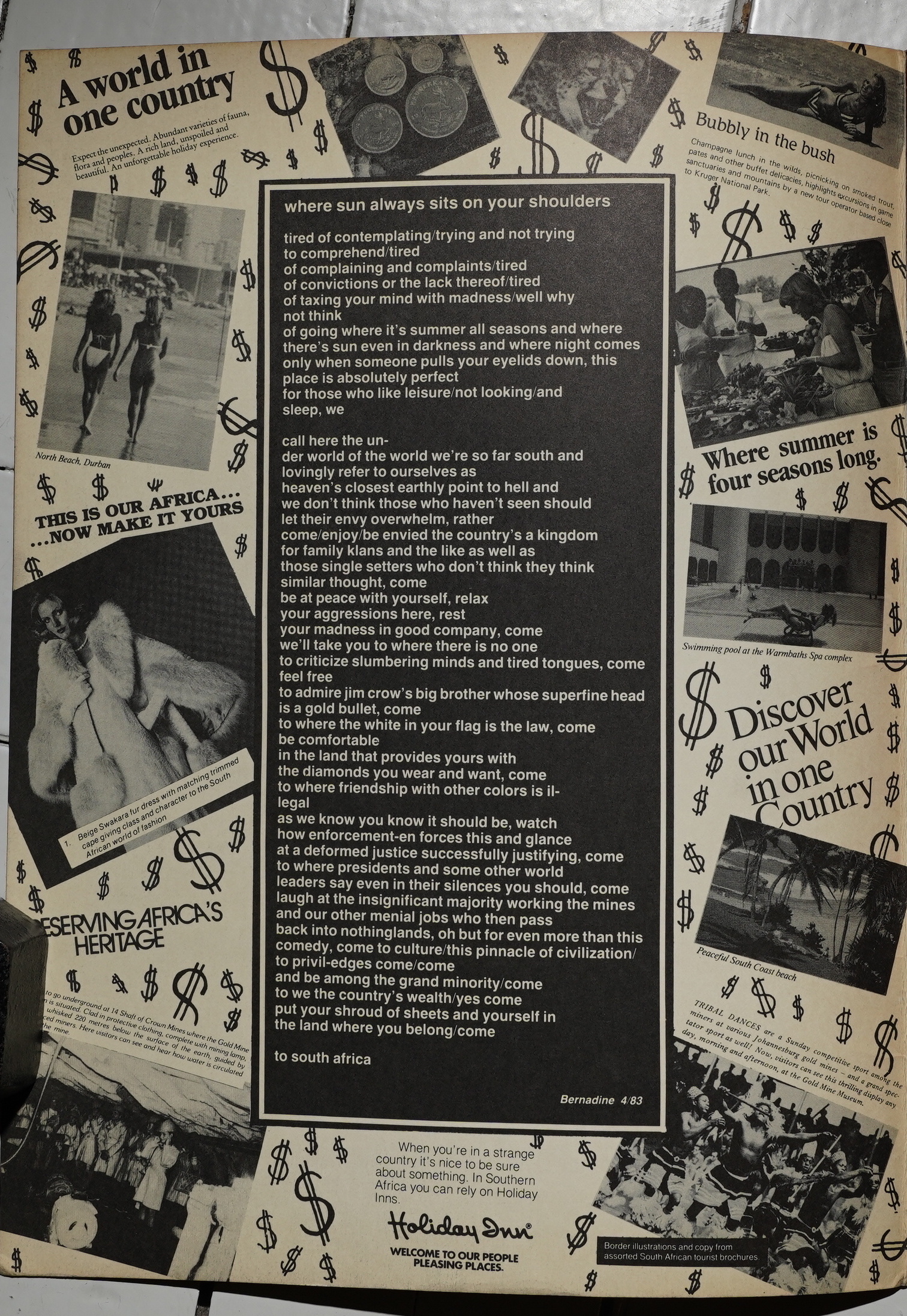 We start off with a poem by Bernadine… 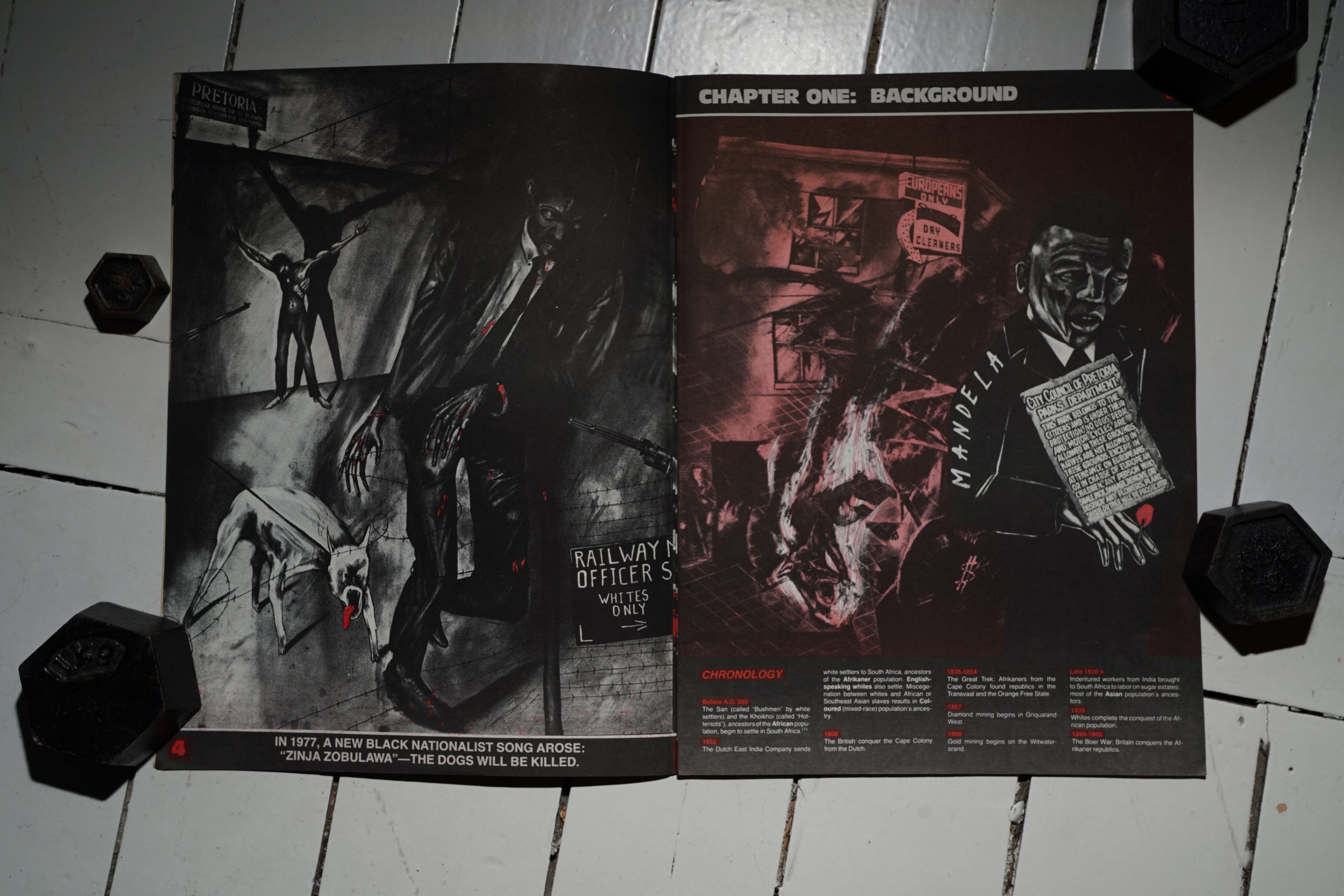 … but then the rest is very factual. We get a historical overview… 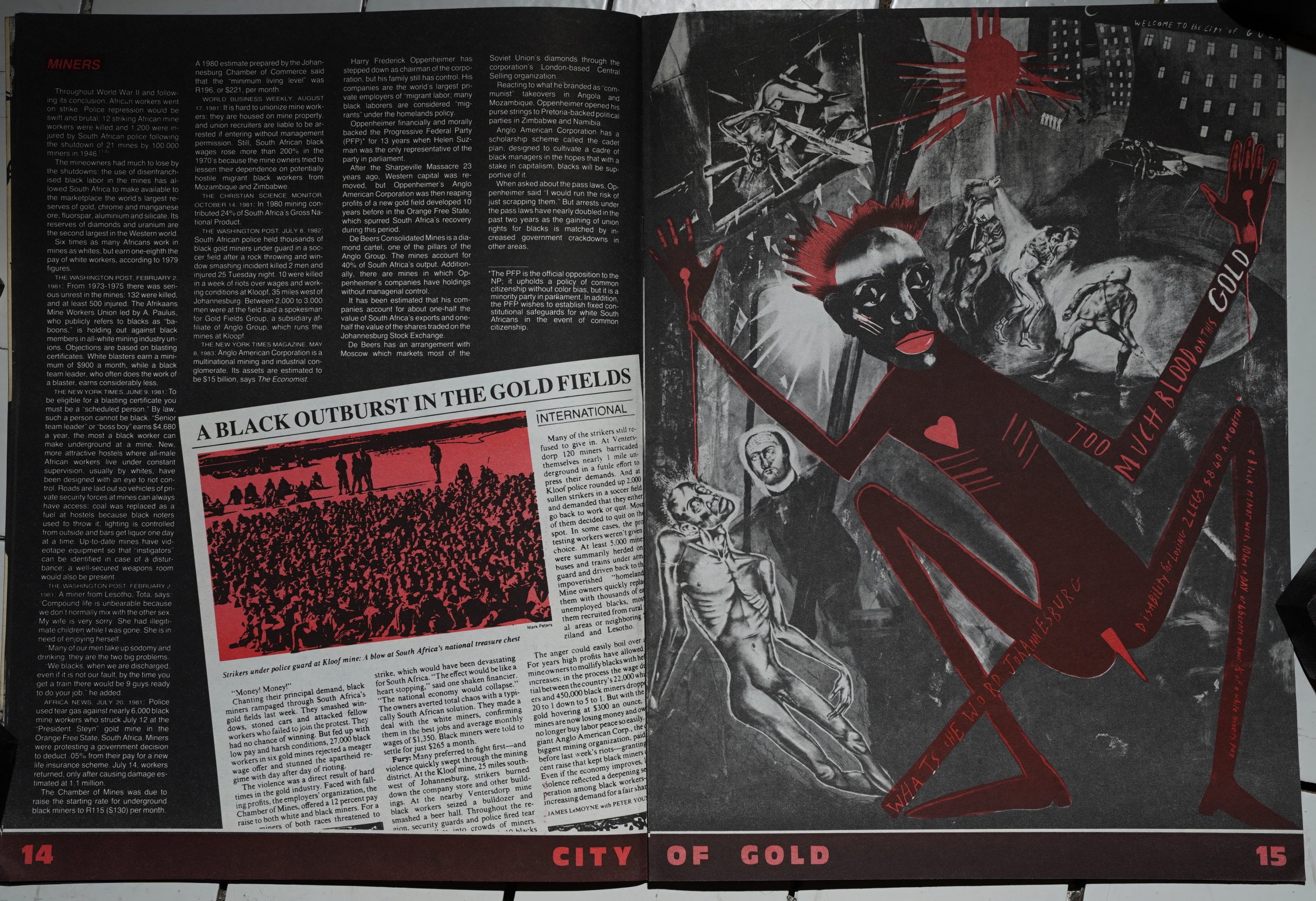 … but the main text is mostly newspaper excerpts. I had expected a more subjective approach, really, but the text is quite distanced. On the other hand, Coe’s artwork is anything but. 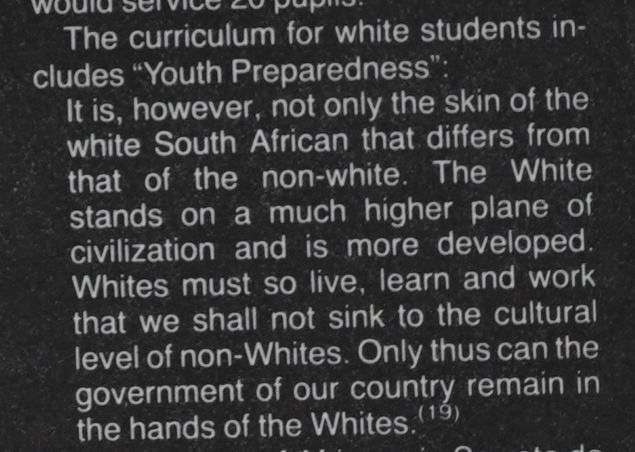 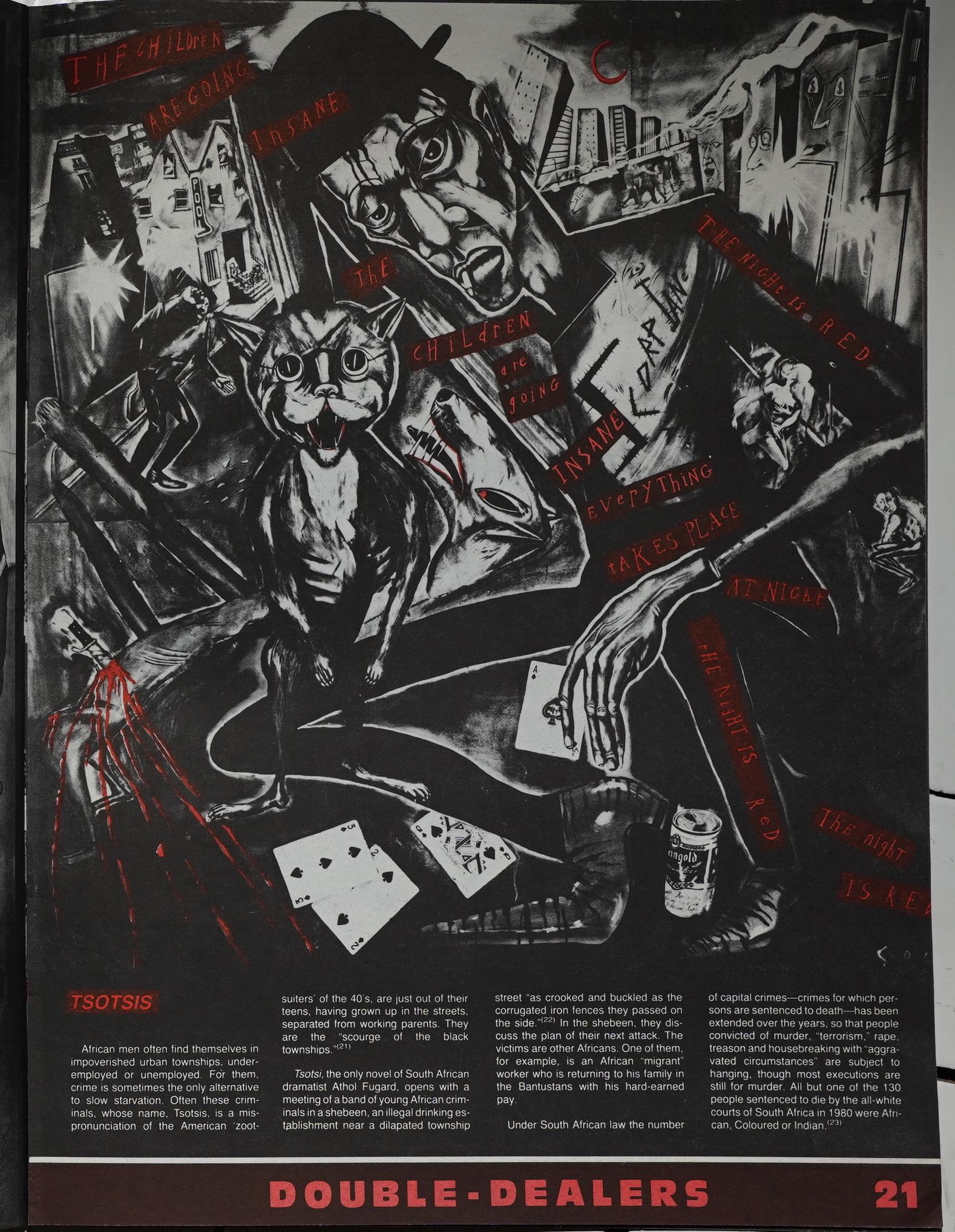 It’s all pretty relentless, and the only thing that seems almost… whimsical… is this thing about tsotsis. 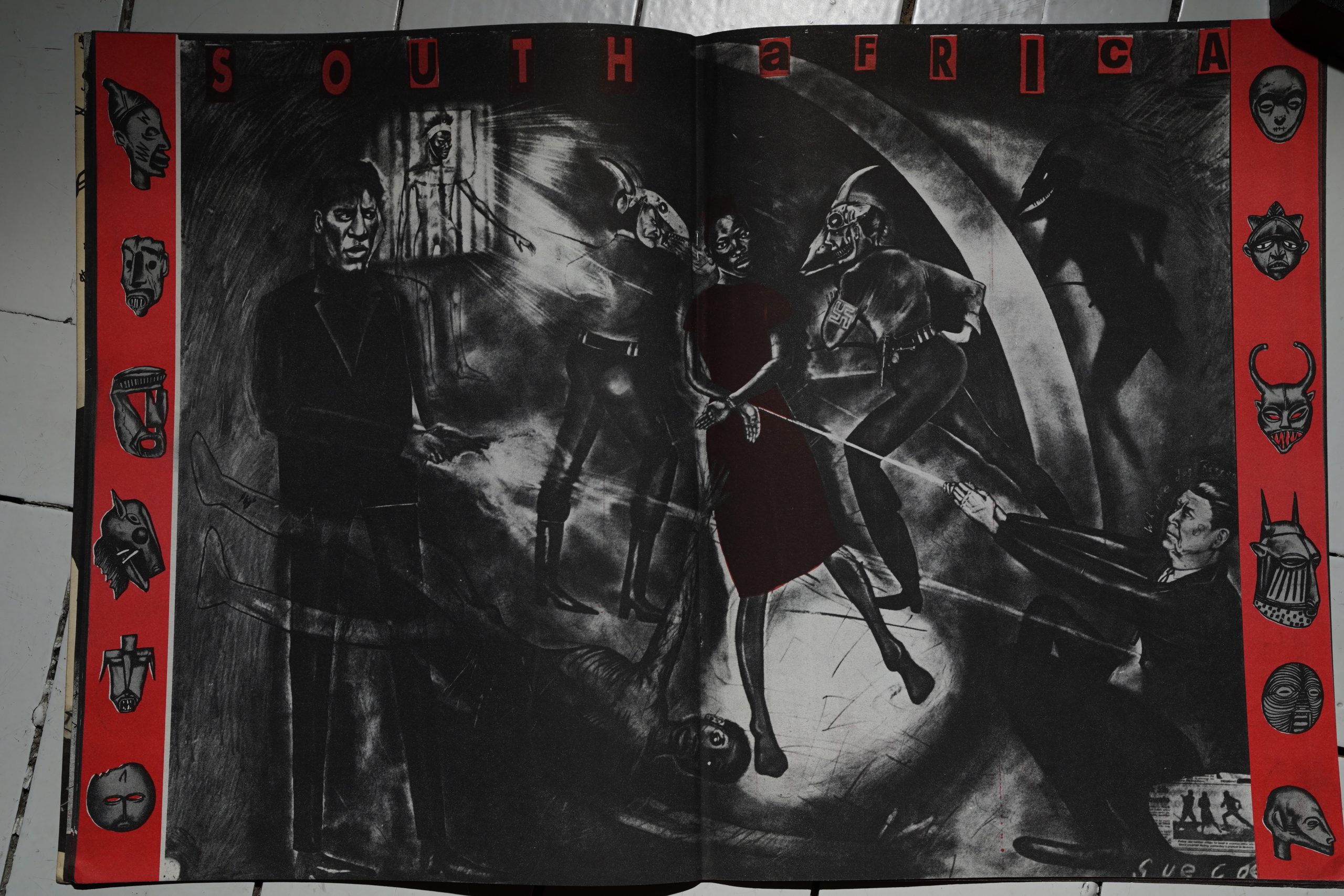 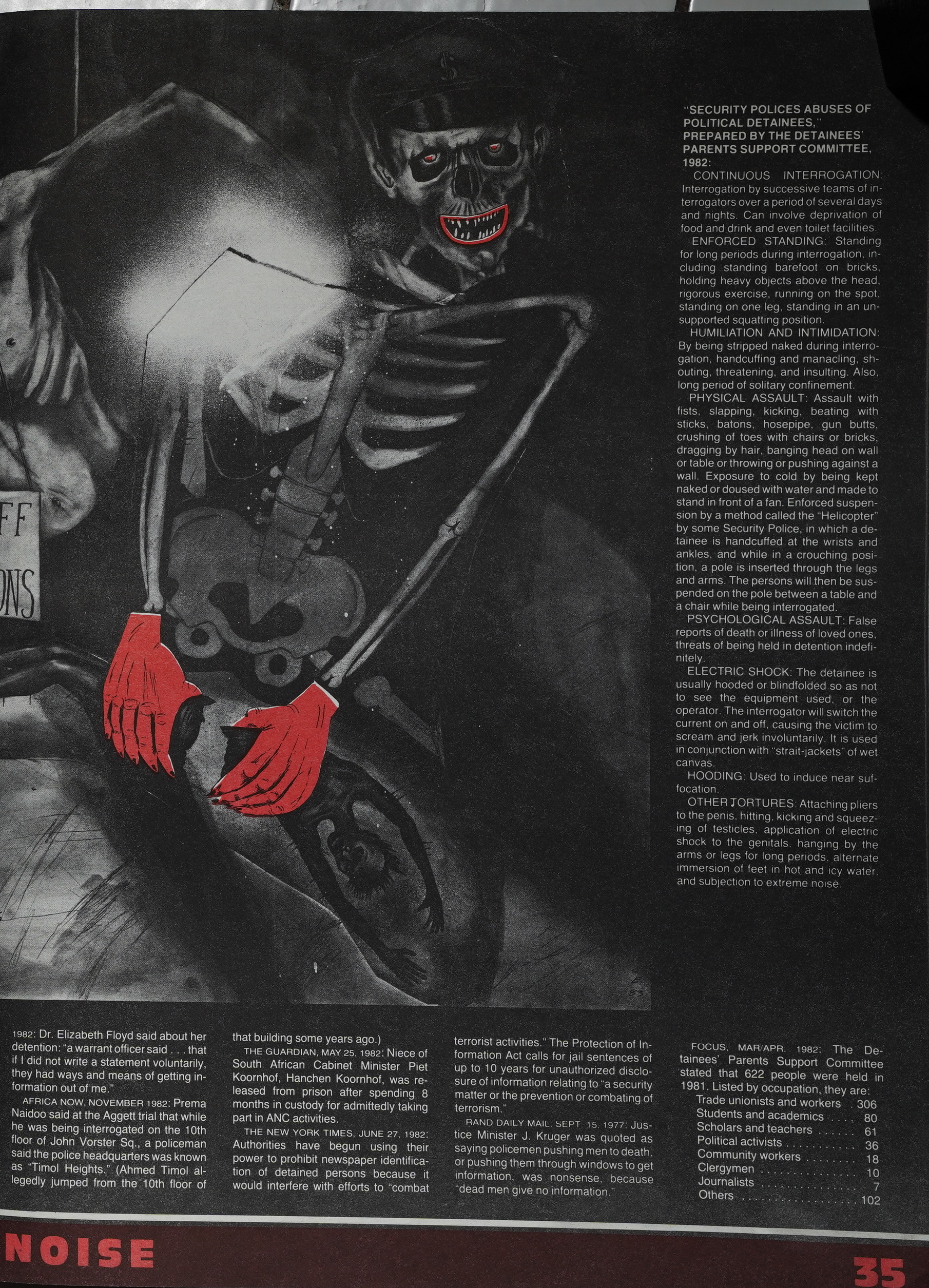 Even the descriptions of torture are remarkably unemotional. 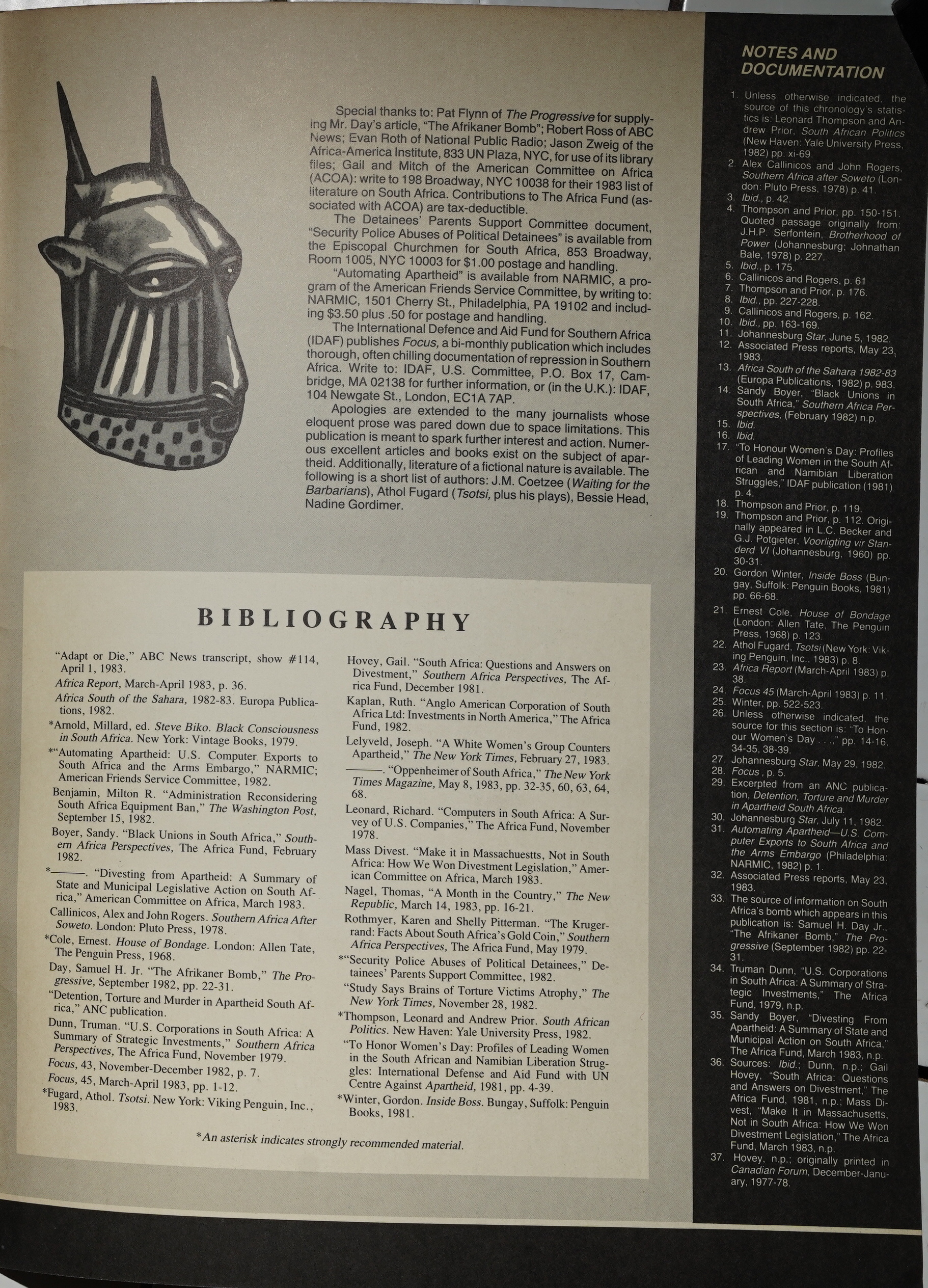 And then there’s a bibliography, of course.

So this wasn’t really what I’d expected at all — it’s more a compilation of facts about Apartheid and South Africa than anything else. They depend on the sheer weight of all of this to make the reader angry (and depressed) than telling us how we should feel, which is great. 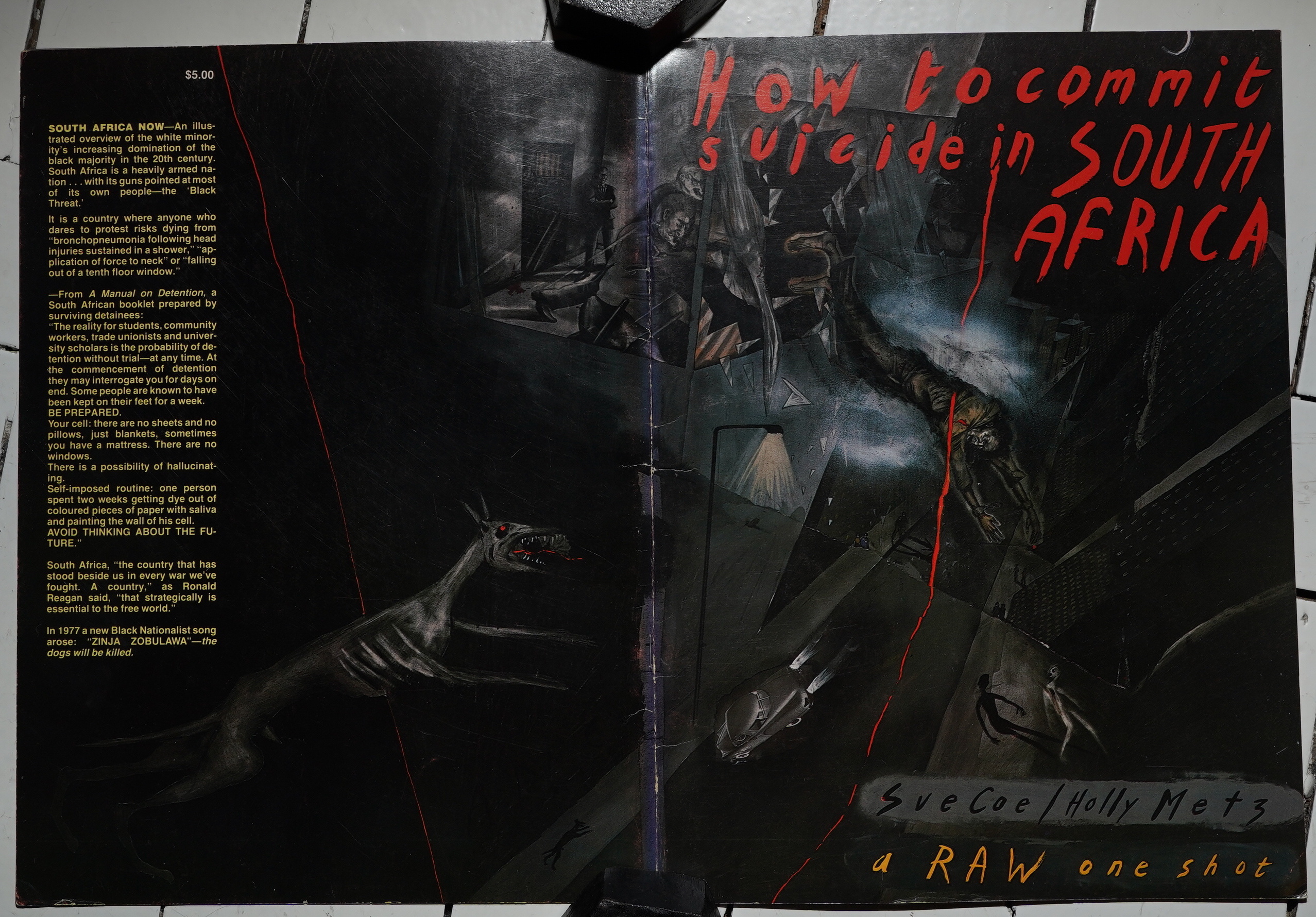 It’s not a comic book but HOW TO Com•
mit Suicide In South Africa, a 1983 “‘one-
shot” from RAW’ Books and Graphics, has
been appearing in some comics specialty
shops. The title is an allusion to the fate
awaiting those, black and White, Who dare
to challenge the apartheid laws or strike for
better working and living conditions for
native South Africans. Introduced by a
poem that bitterly indicts the travel bureau
image of South Africa as a frolicsome
paradise for white,’ European tourists, How
To Commit • Suicide is a collection Of Sue
Coe’s disturbing and grotesque images of
torture and repression in contemporary
South Africa. Coe’s images are dark,
violent, and expressionistic, vividly com-
municating a sense Of the horror and
madness that are the legacy Of South
Africa’s past as they dwell in the apartheid
present. These images have the same tone
of outrage and moral indignation that
characterizes the plays of South African
dramatist Athol Fugard. (There is one draw-
ing, Of an African miner hunched low in
a cave and gazing plaintively ahead, that
communicates a sense of an oppressed
people’s spiritual longing; it’s an image—
the only one of its kind in the book—that
calls to mind the lingering hope for justice
in Paton’s Cry, The Beloved Country.) The
accompanying text by Holly Metz provides
an ovet”v’ie.v Of South Africa’s turbulent and
troubled history, the continuing effects of
apartheid on education and employment Of
the native population, a gruesome account
of acts of detention and torture by the
South African security police, and a primer
on U.S. investments in South Africa.
Reading through this book is a harrowing
experience.
The “-page HOW TO Commit Suicide is
published in a format similar to, but slight*
ly smaller than RAW magazine. The stated
purpose of How To Commit Suicide is “to
spark further interest and action”: accord-
ingly, a bibliography of materials is included.
The book was designed by Francoise Mouly
and Art Spiegelman. The production and
promotion of this book are clearly acts of
political conscience.

Coe is a closet lighting technician, and her use of light runs through all the gambits from a clinical application of it, in the clean and well-lit room where some members of the security police force, BOSS, are gently thrashing Steve Biko to death—in an apparent suicide—to its metaphysical embodiment of secret conversation or its ability to emanate from within the subject instead of being reflected inward to the soul. Efficient treachery is the only way to describe Coe’s use of light, and of shadow.