We cracked the 3K line!

I’ve been tricking myself into working by gamifying Emacs bug handling, but this 10%-er was kinda a slog. Even if it was just 311 bugs this time around. I’ve been doing mostly newer bugs, and they’re often more work than geriatric bugs — many of the older bugs are just kinda obscure, so nobody has bothered tried to handle them, but are easy enough to fix if you have a case to reproduce them.

Even if you’ve never seen the package in question the bug is in. Which is the case with most of them for anybody.

So this stretch took a bit more than two months, and the number of open bugs in the bug tracker didn’t really decrease that much: From 3113 to 2973, which is just a reduction of (where’s my slide rule!) 4.5%. 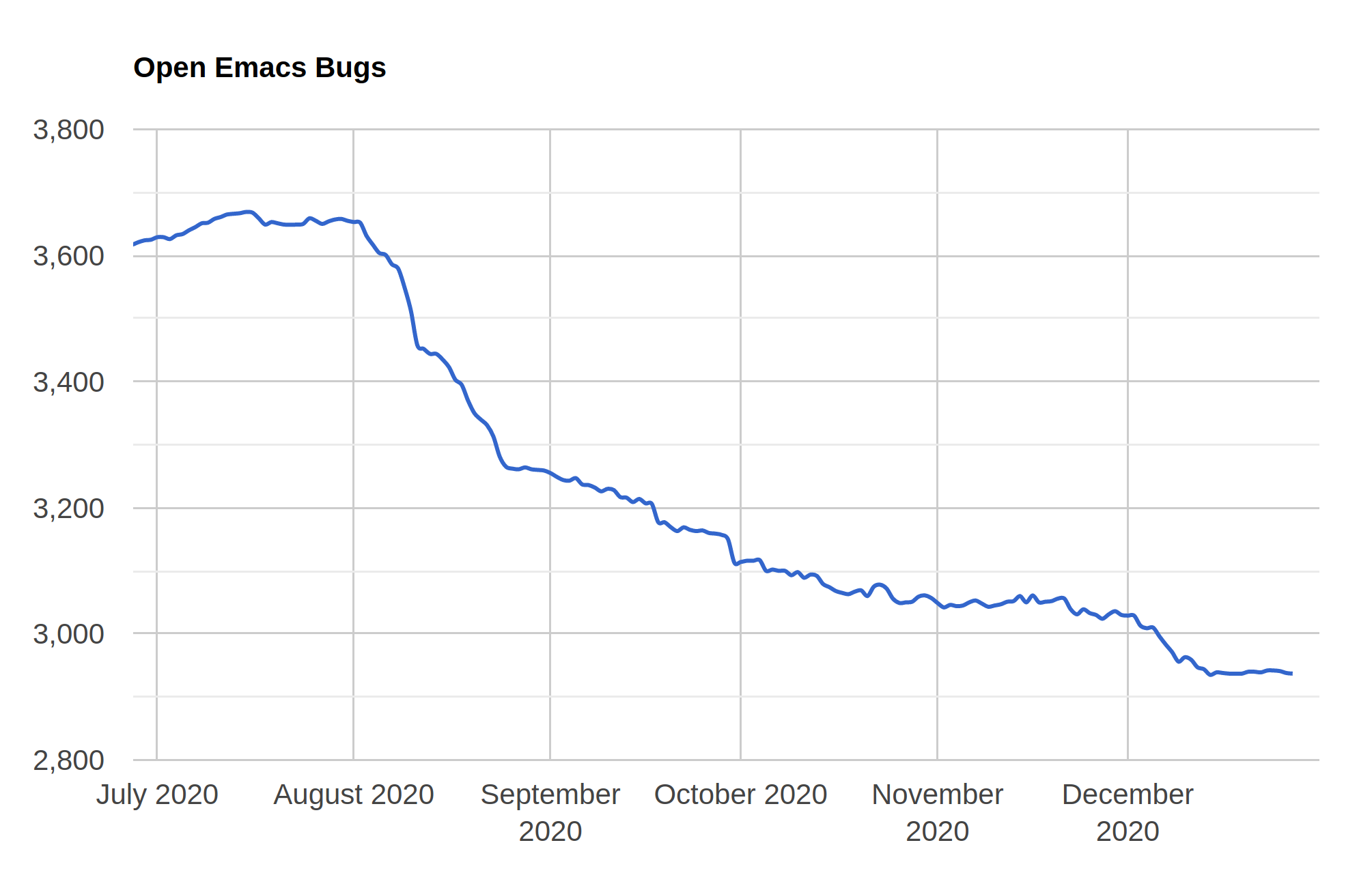 Anything particularly of note this cycle? Uhm… Don’t think so — just a lot of stuff. Quite a few new patch contributors, which is always nice to see.

But as exciting as fixing bugs is, I think I’m gonna take a break now for a few months. But you go ahead! `M-: (debbugs-gnu “”)’ and choose some field you’re interested in and have fun.