It’s been so long since I got a new gadget. So when I saw this e-ink frame the other week, I bought one immediately.

And it arrived today: 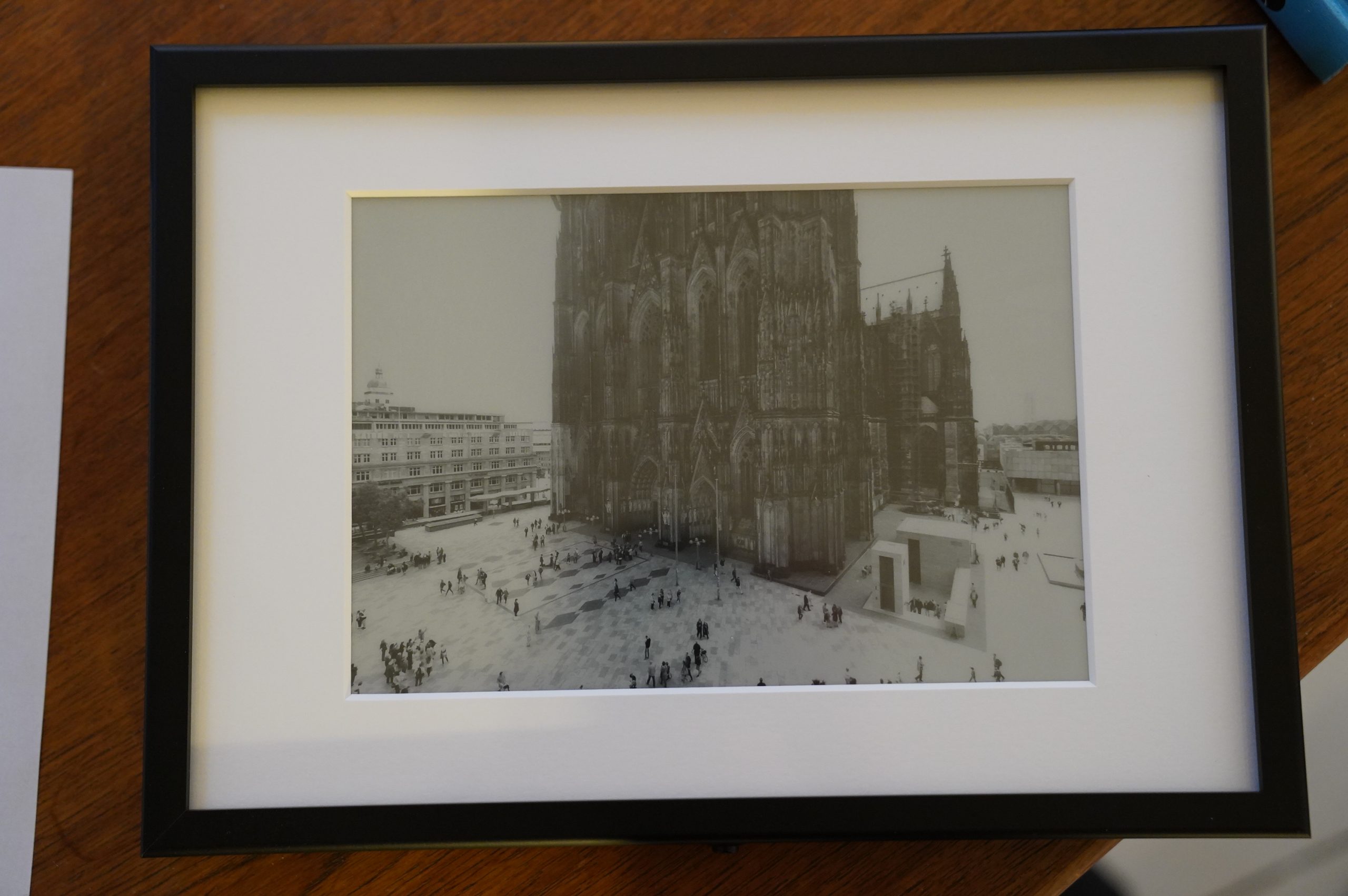 What’s appealing about this e-ink thing is that it’s freestanding: It’s got a battery (supposed to last a year), and communicates via wifi. So you can put it basically anywhere: No wires on me. 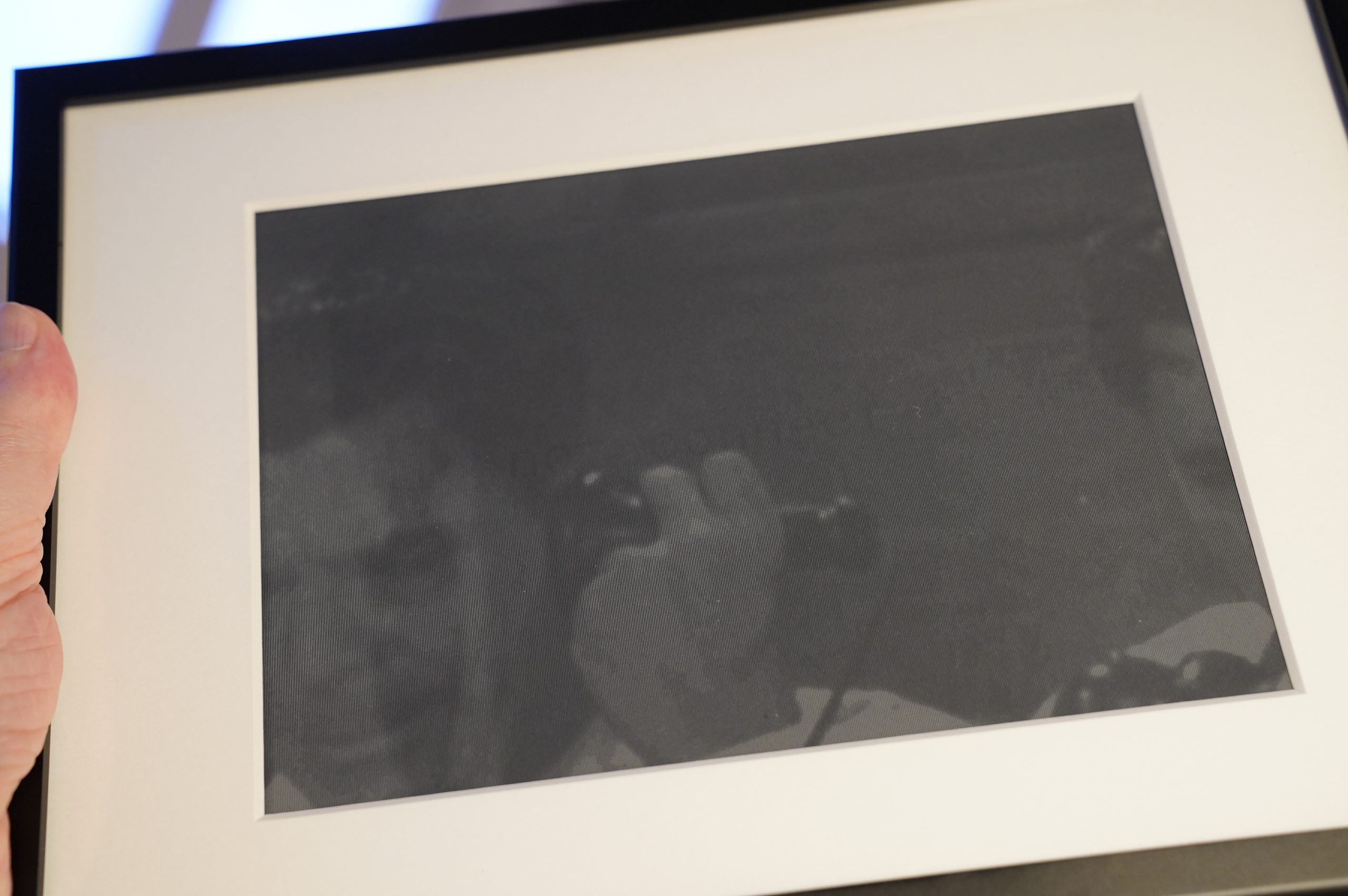 The manual didn’t specify what the image format is — it just mentioned an on-line image converter, but that’s no fun. So I sent a query to the guy who makes these and asked what the format was… but meanwhile I had a look at one of the image.rawz files. It was obviously a zlib-compressed file, so I uncompressed it, and it was 495000 bytes large. I summoned all my haxor skillz and typed

Not a second after I figured that out, I got a mail back from the guy saying that he’s now documented the format. And so he had. Now that’s service. All my haxing for naught.

My first attempt (seen above) didn’t quite work, because I couldn’t get imagemagick to create files like this… so I just wrote some Emacs Lisp:

Hm. Is that the right pixel order? Whatevs: 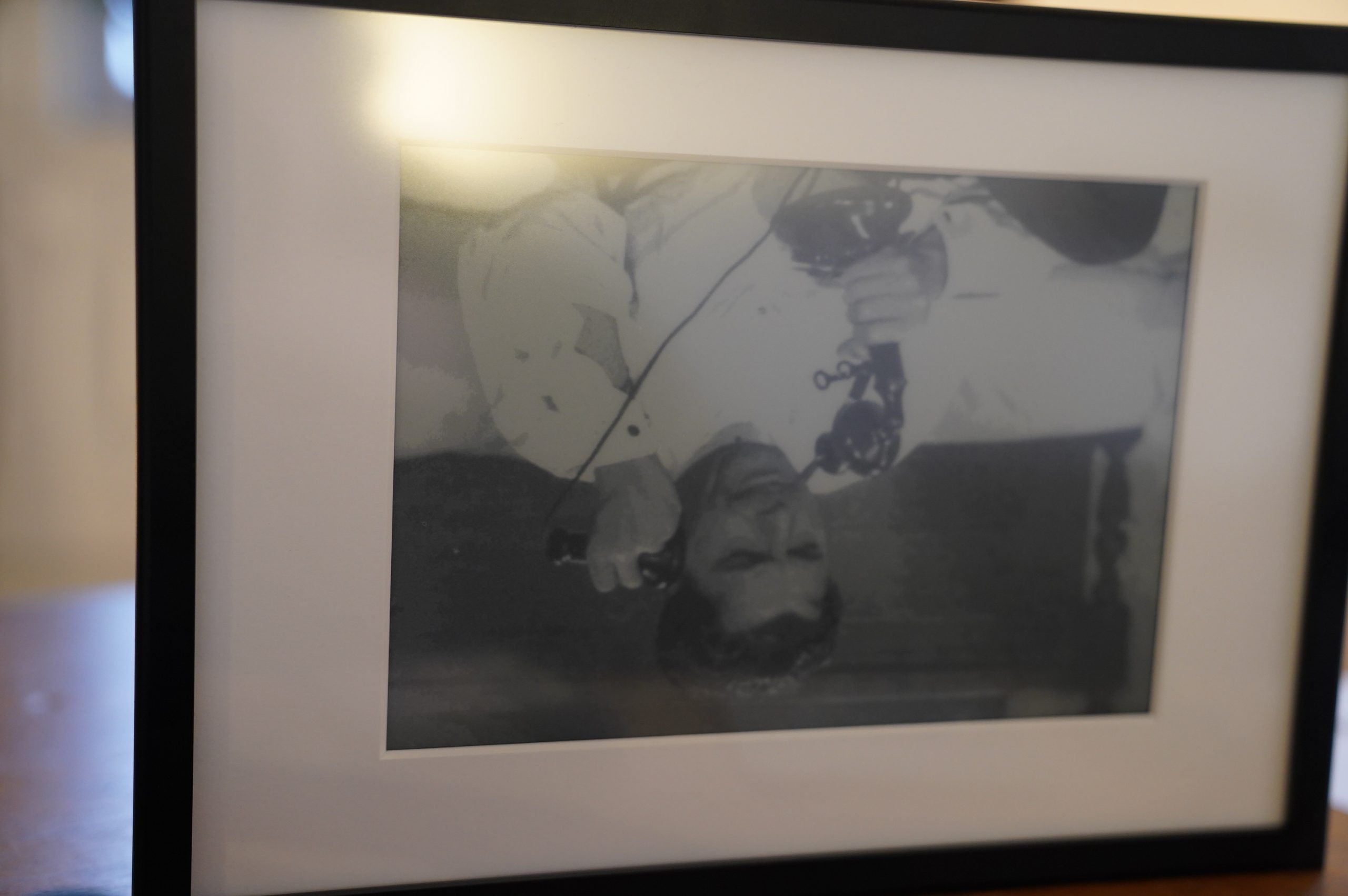 Success! But upside down! Because the button is on the bottom, so if you want to just have it on the desk, you have to put it upside down. 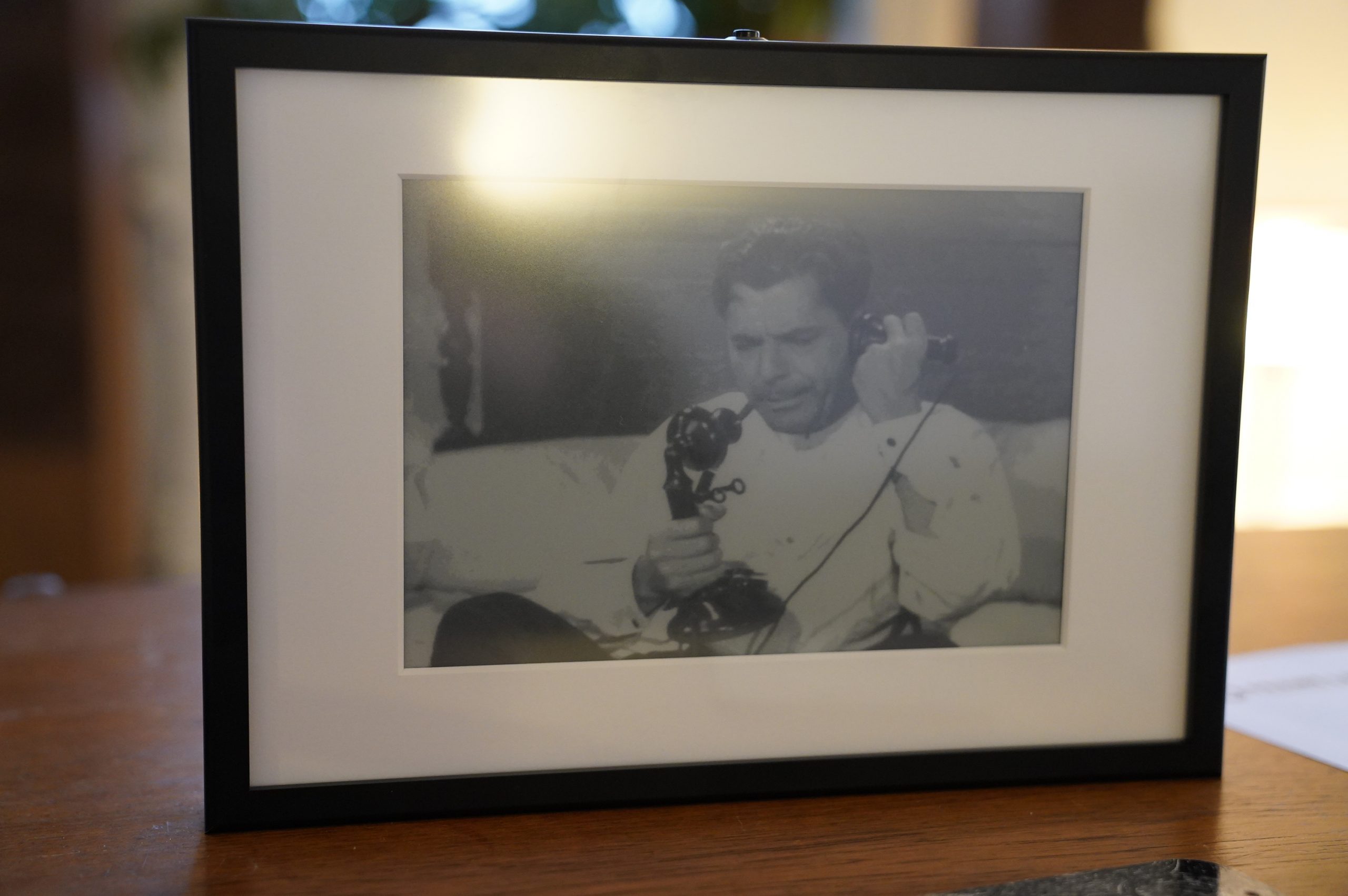 There. Flip the image. 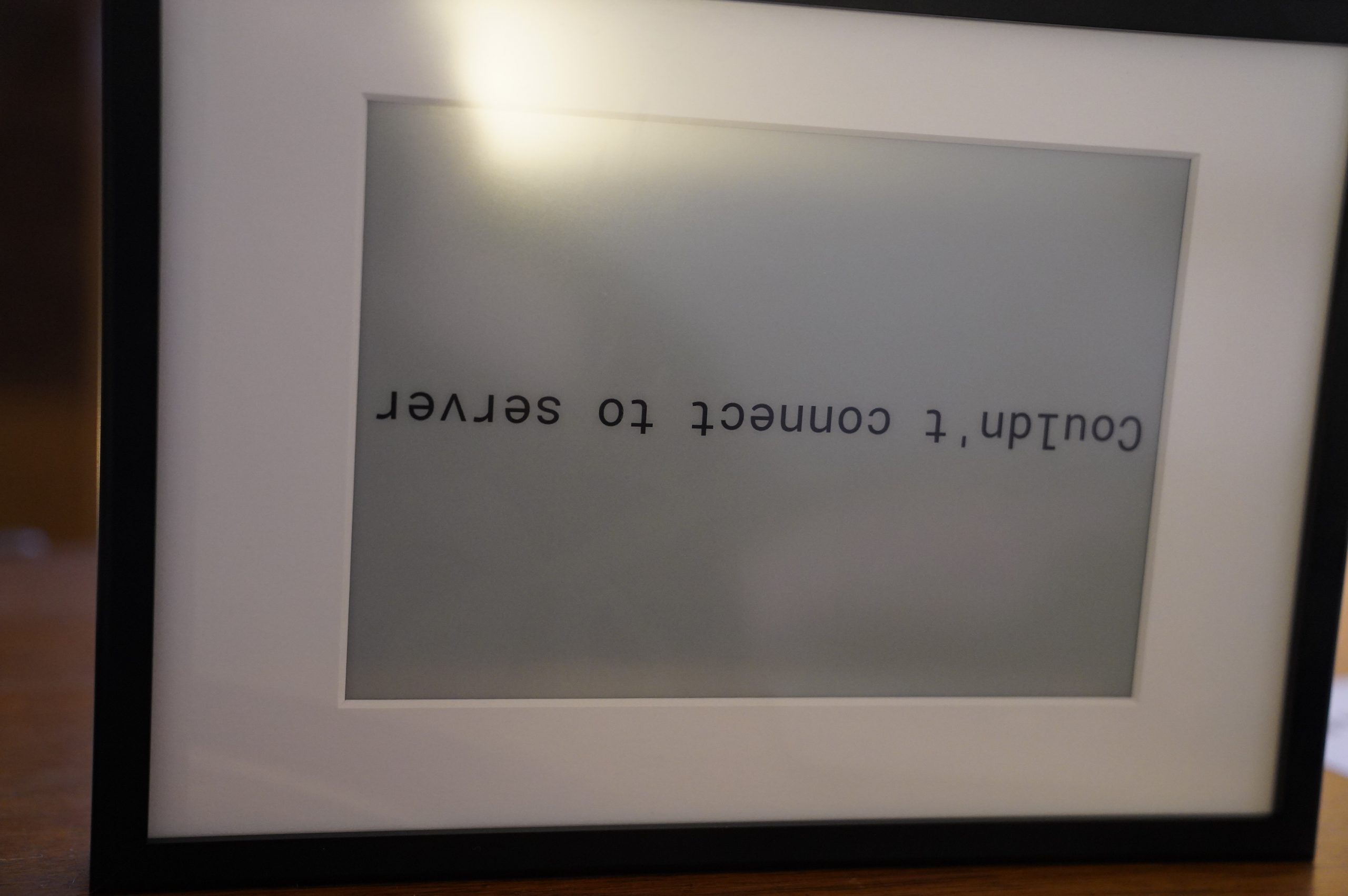 It reloads images from wherever you point it to, but you can also hit the button to make force-reload it. When it reloads on its own schedule, it seems to never fail? But when you hit the button, it fails once in a while. 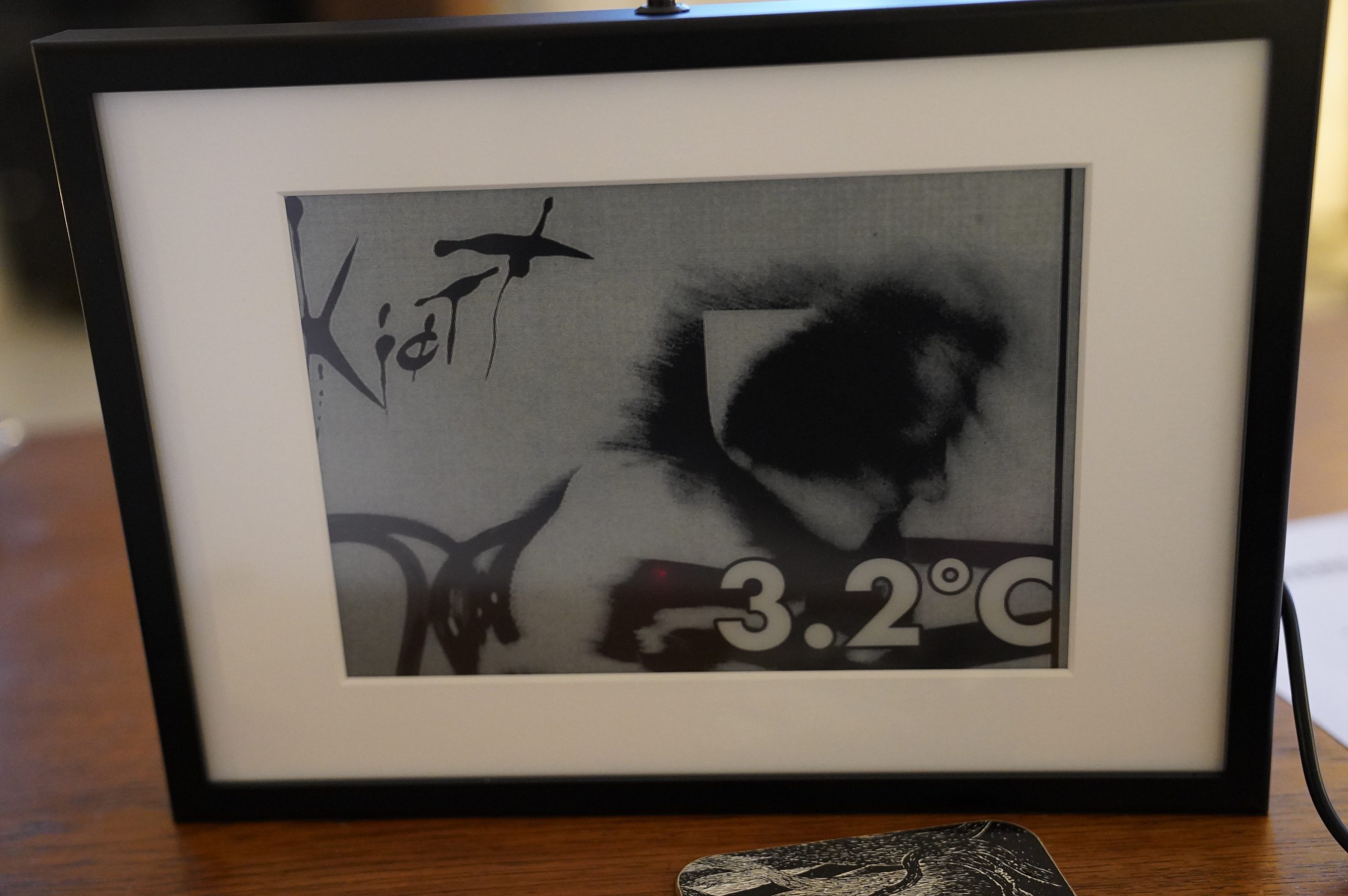 OK, but what am I going to use this for? I can display the temperature? Sure. And the cover of the album that’s playing? Hm… 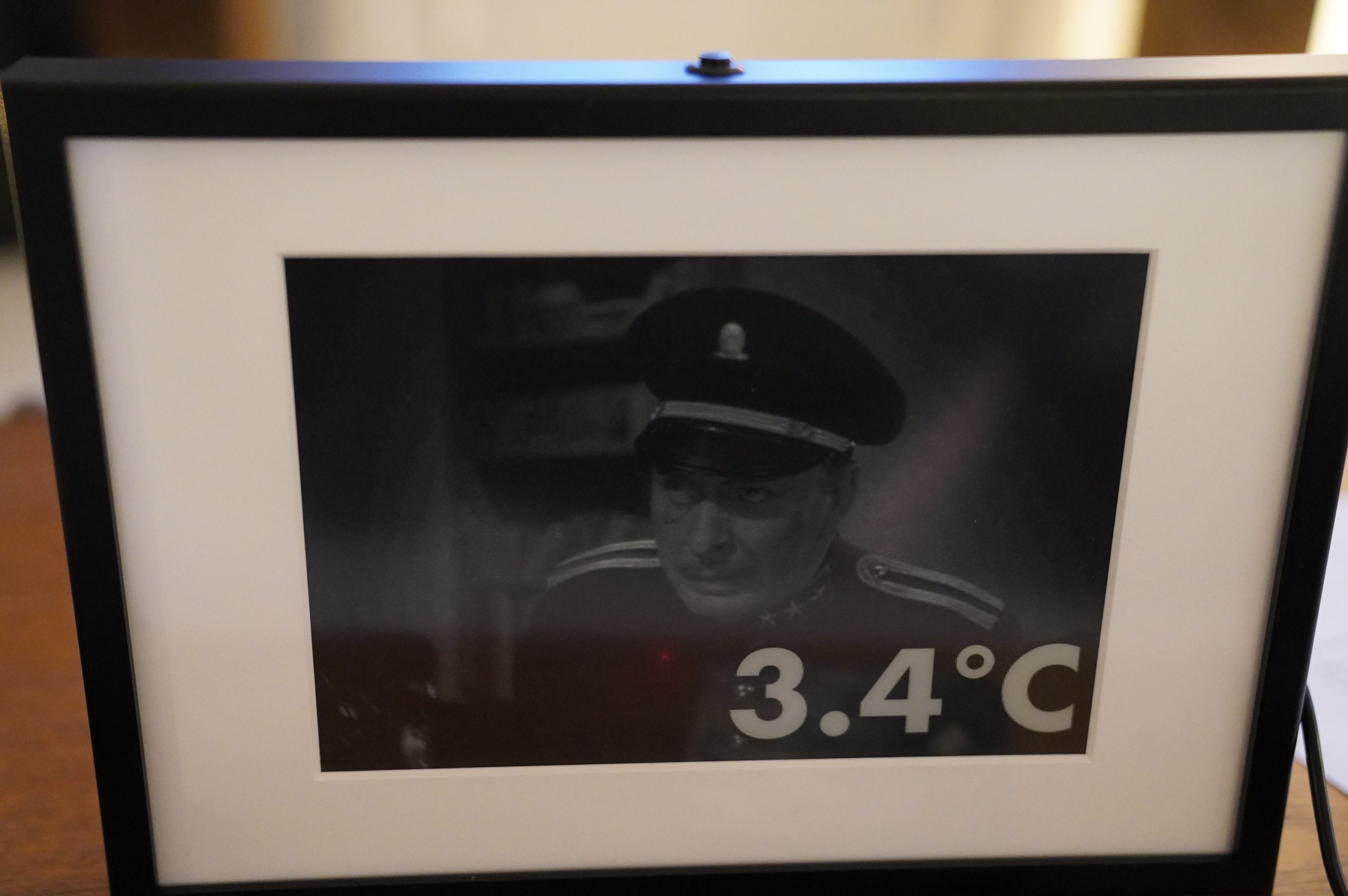 Or perhaps a random image from a movie I’ve seen? 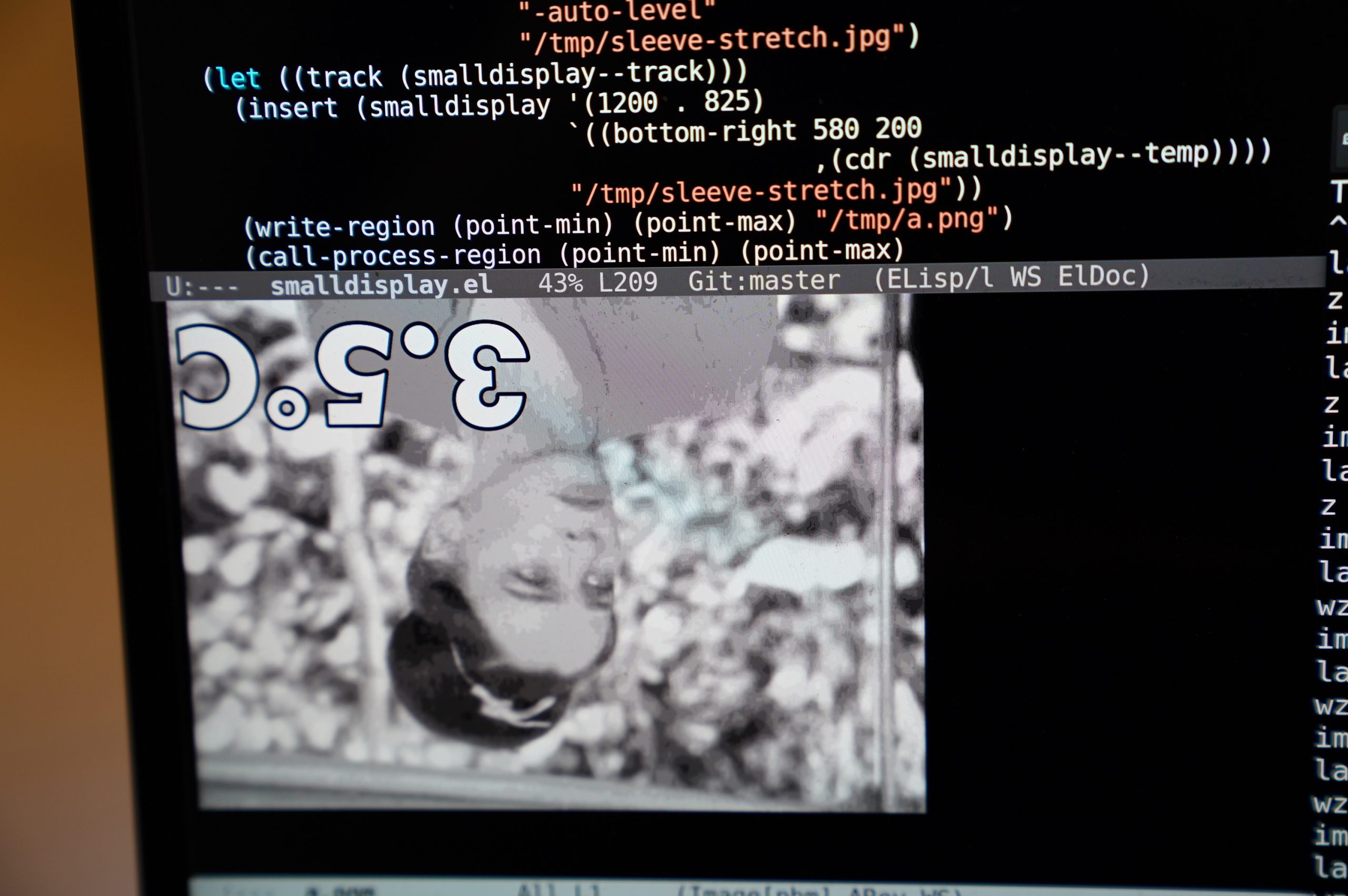 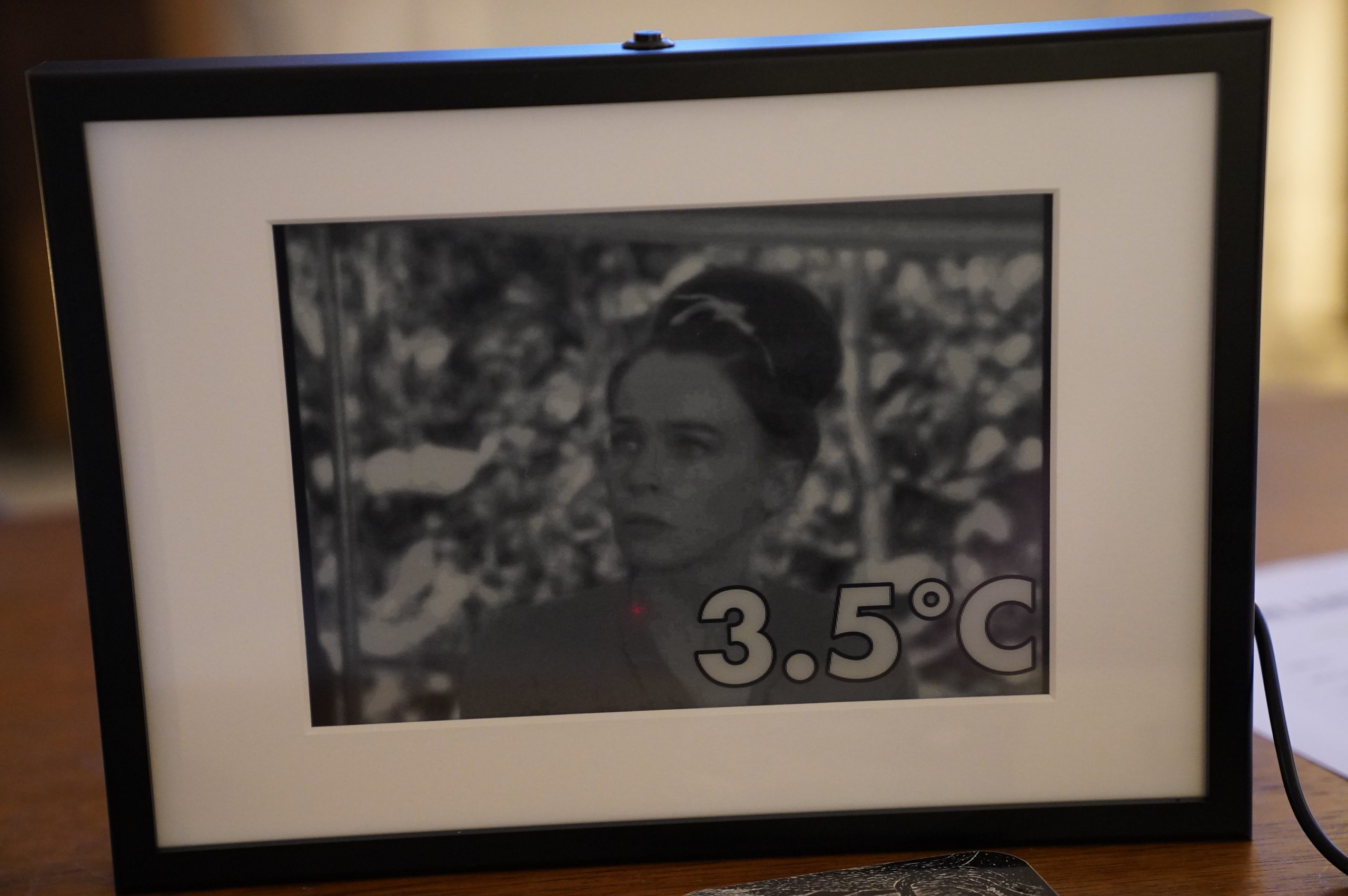 Like all e-ink displays, the white levels aren’t super impressive, but it’s fine. 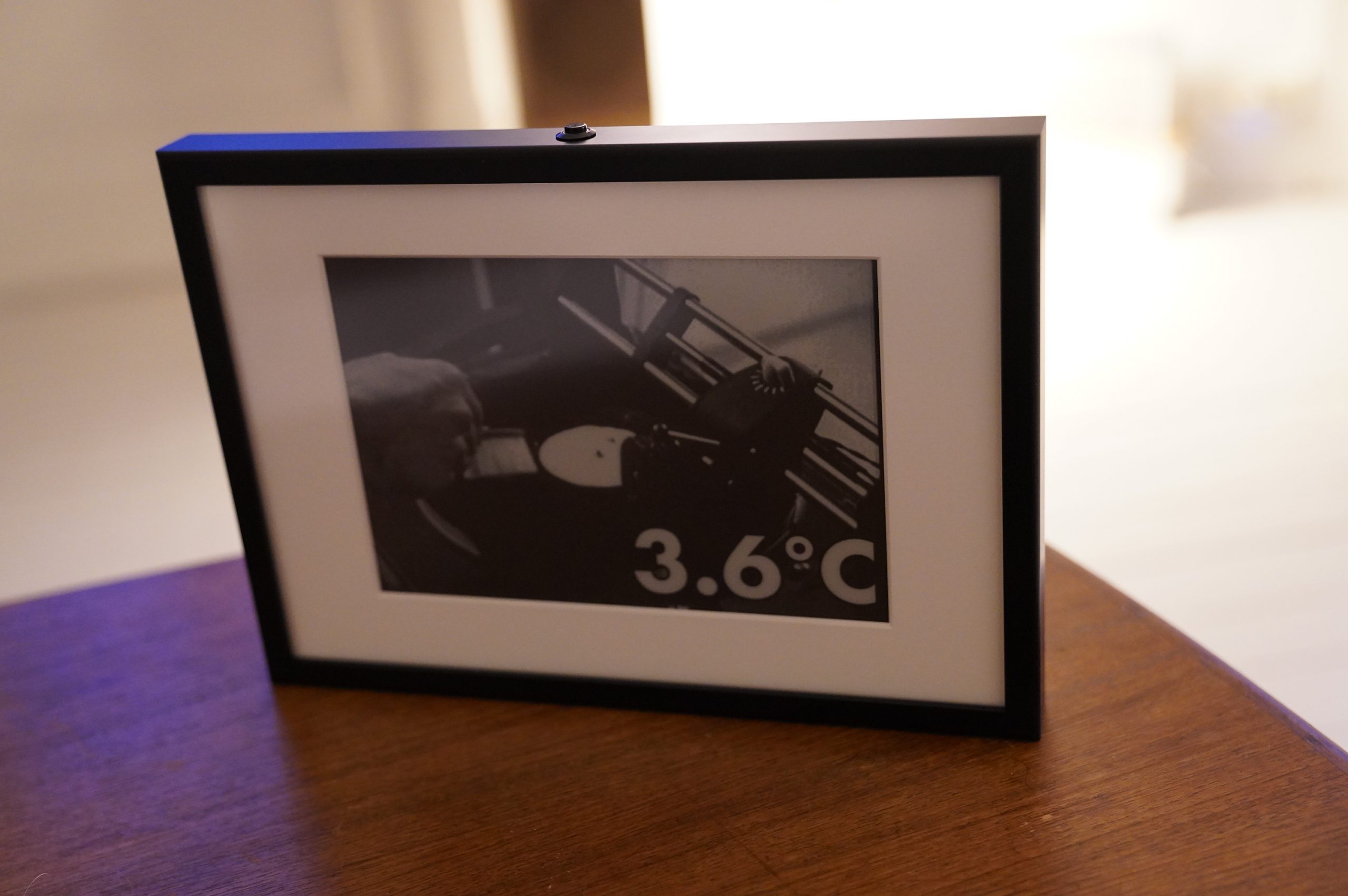 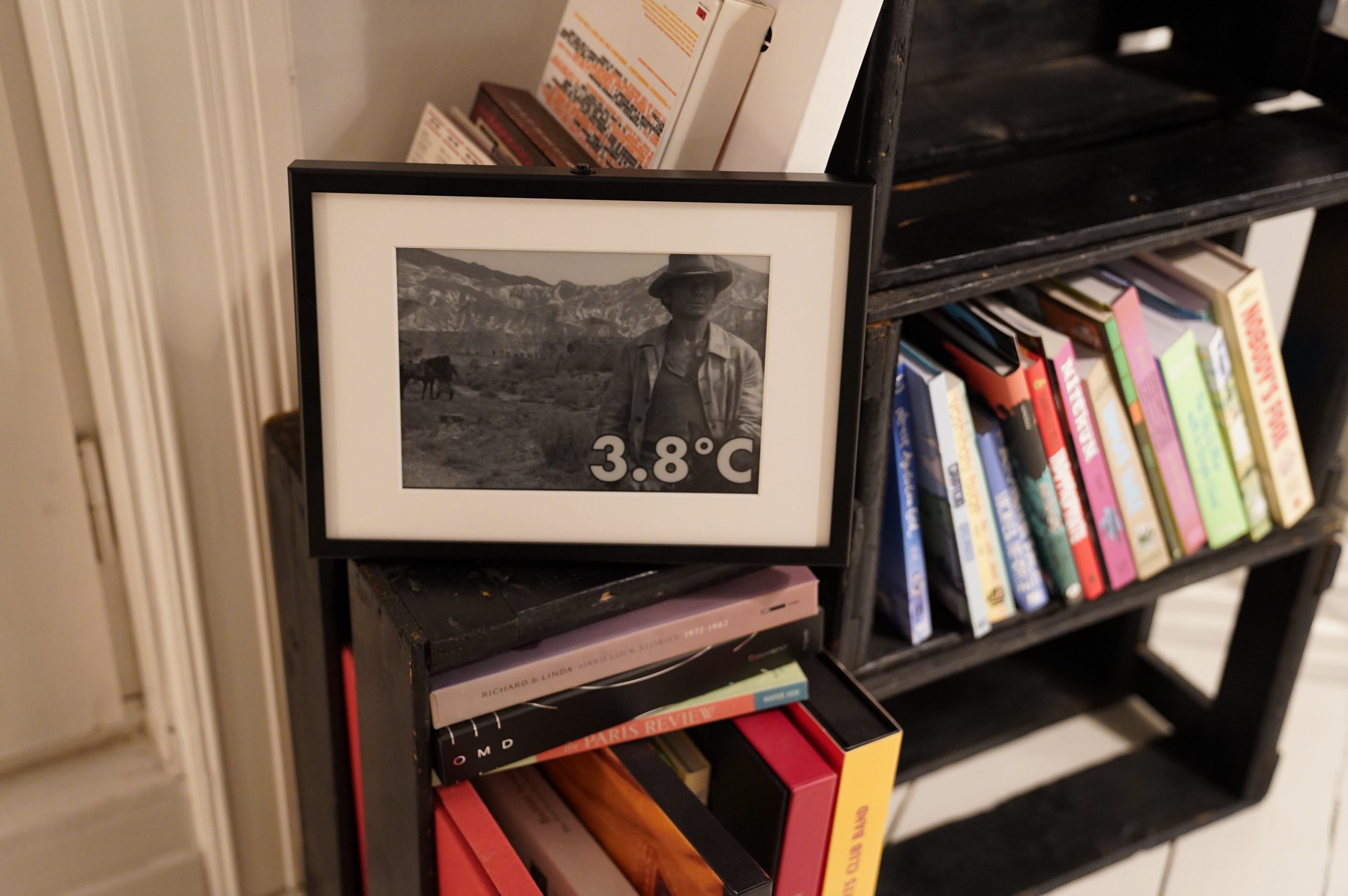 Well, that was fun. A gadget that’s pretty painless to work with, and does what the web page said it does.

I’ve set it to update every five minutes, but I guess that’ll make the battery run down pretty fast? The specs say that it should run one year if you refresh once an hour, but we’ll see. Besides, since it’s e-ink, it makes that refresh flash when the image changes, so it’s a bit on the distracting side when it updates this often. 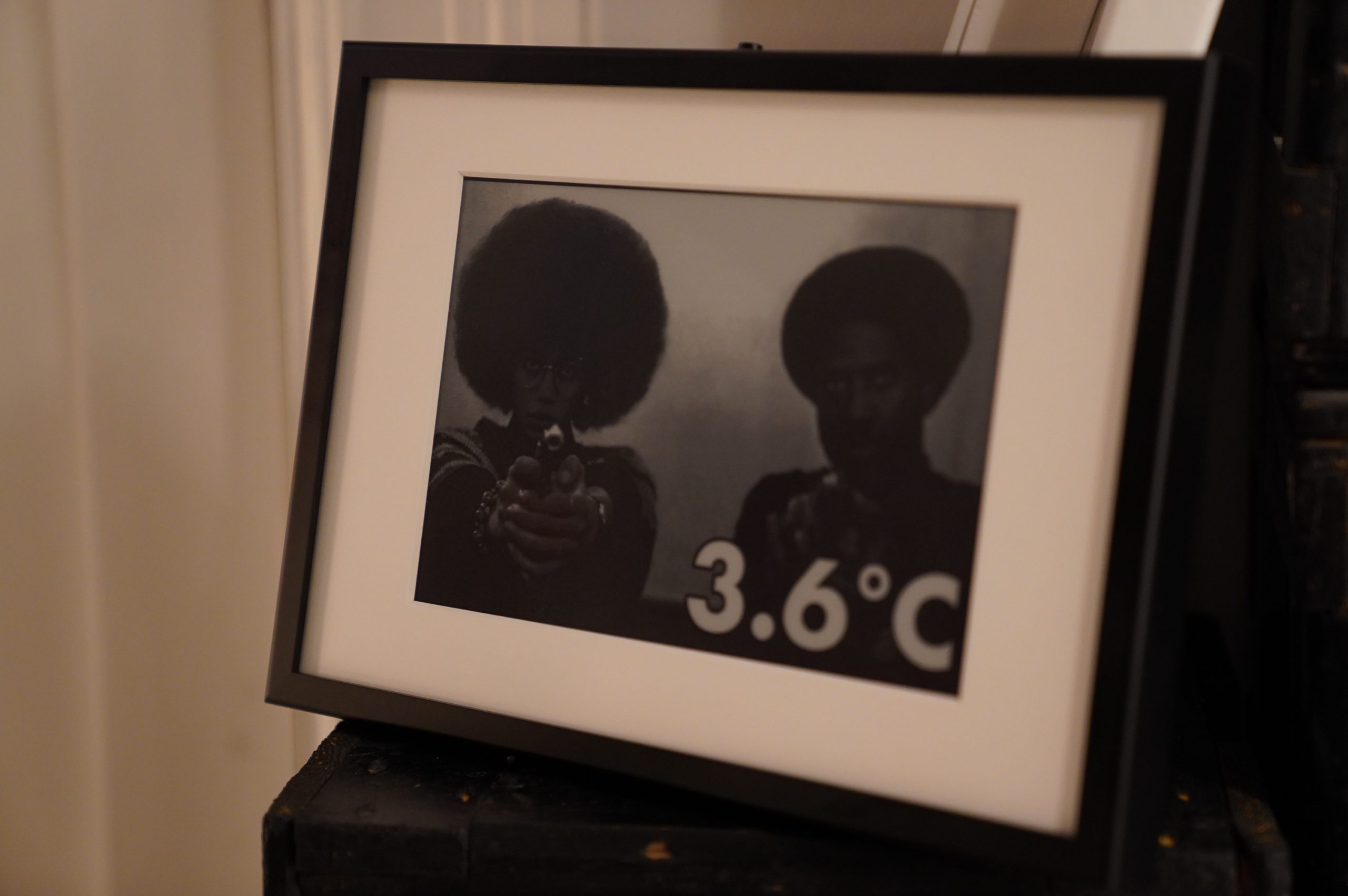 [Edit half an hour later: It now failed getting the wifi on one of the auto-updates, too. It’d be better if it just didn’t refresh the screen on failures than displaying the error message, in my opinion.]