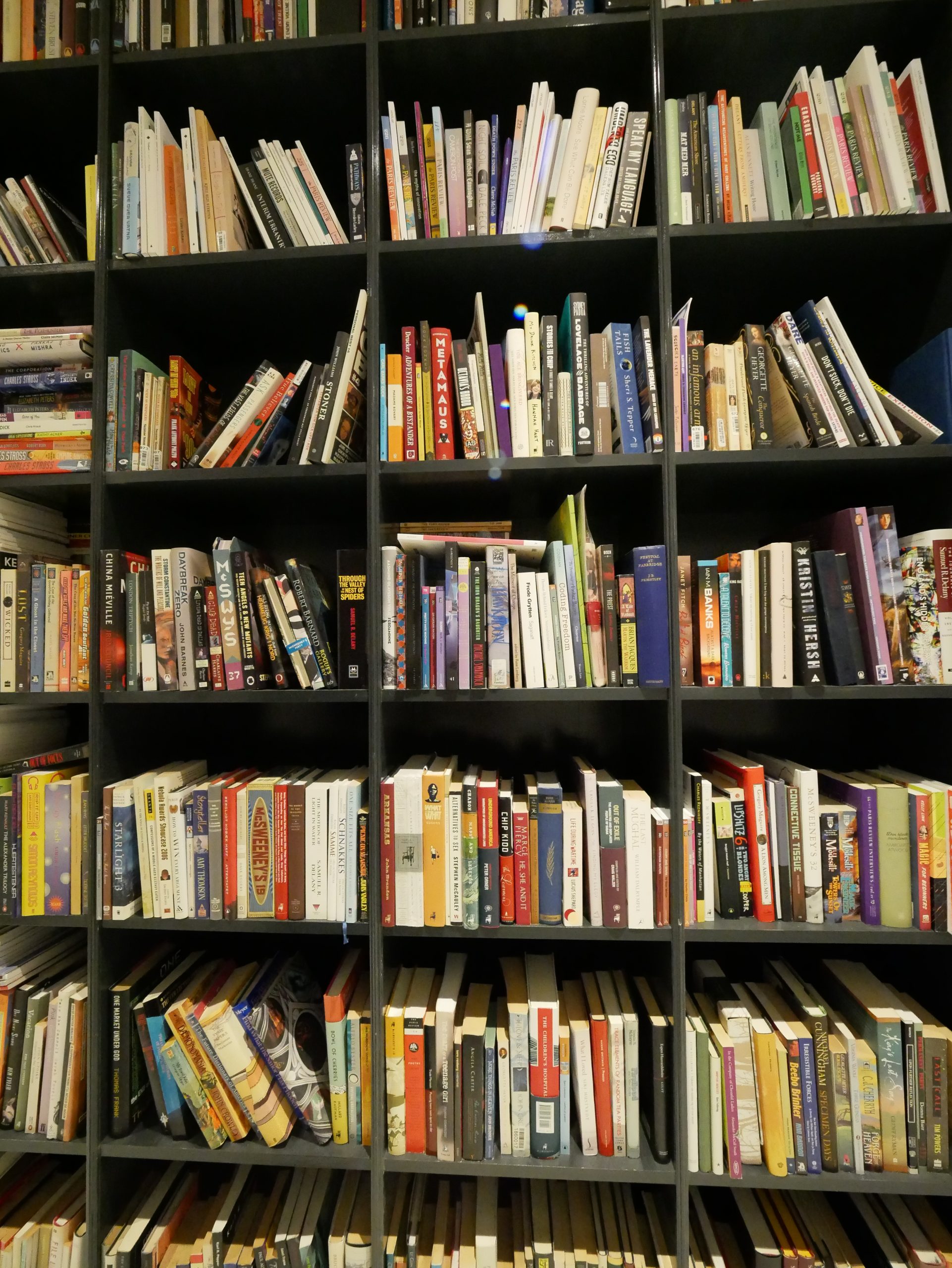 When this year started out, I had so many plans! I was going to go to the Big Ears festival in Knoxville, and perhaps go to some islands, and zip and zoom around, and…

So instead I was standing before the wall of unread books, as so often before, and thinking “I’m never going to actually read half of these before I died”. But then I did some quick maffs: The unread book section is three by six of these cubby holes, and there’s about 20 books in each… that’s… that’s… that’s just 360! I could conceivably read them all in a year, right?

Well, of course, that’s not correct at all, but just the idea somehow made me want to read a lot of books. Just look at these books! All of them are great! Probably! Well some of them! Any one of them could be great! Right? 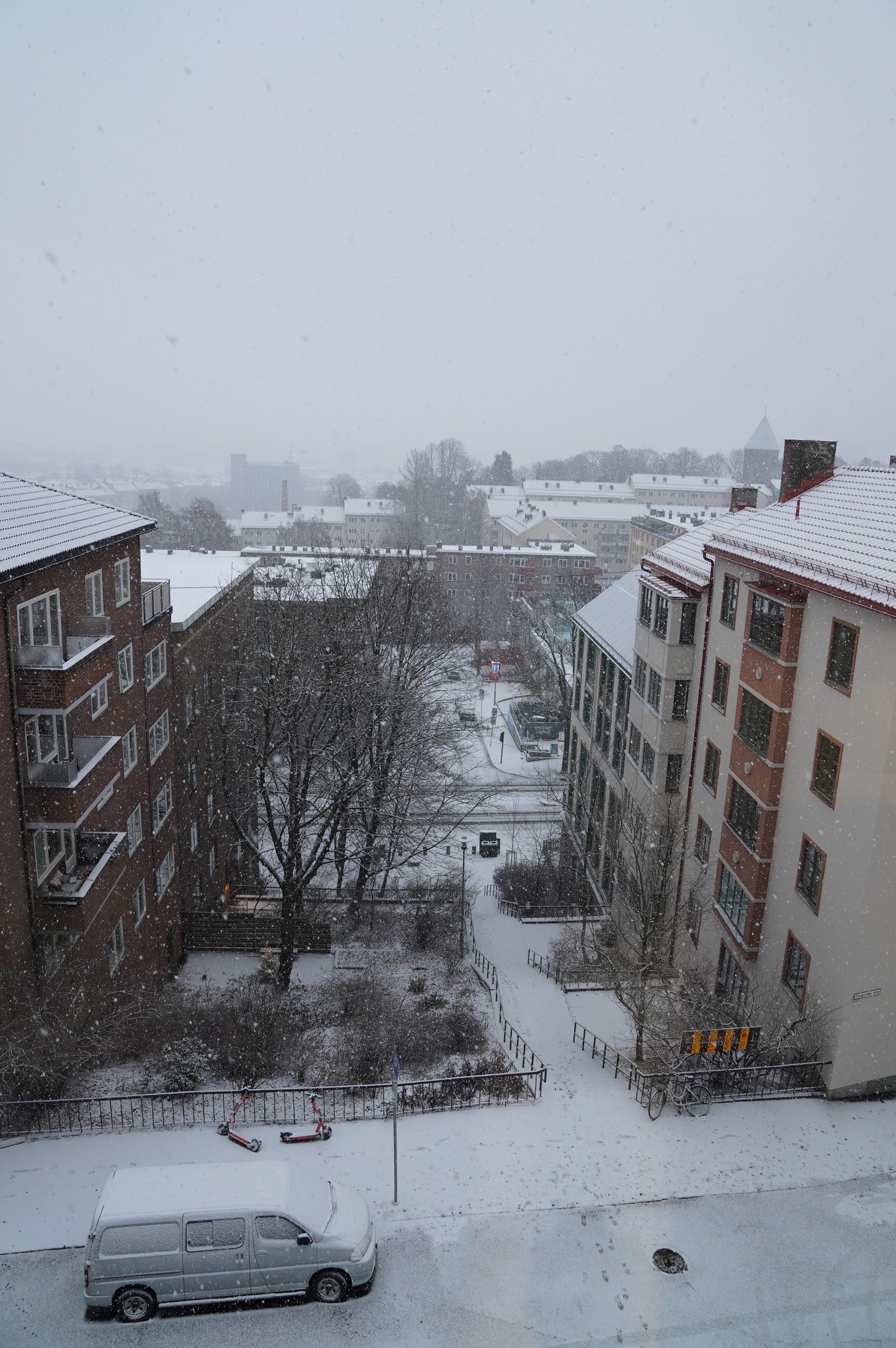 So now the year is almost over, and we’ve gotten our first snow (I think?), and how many books did I read? 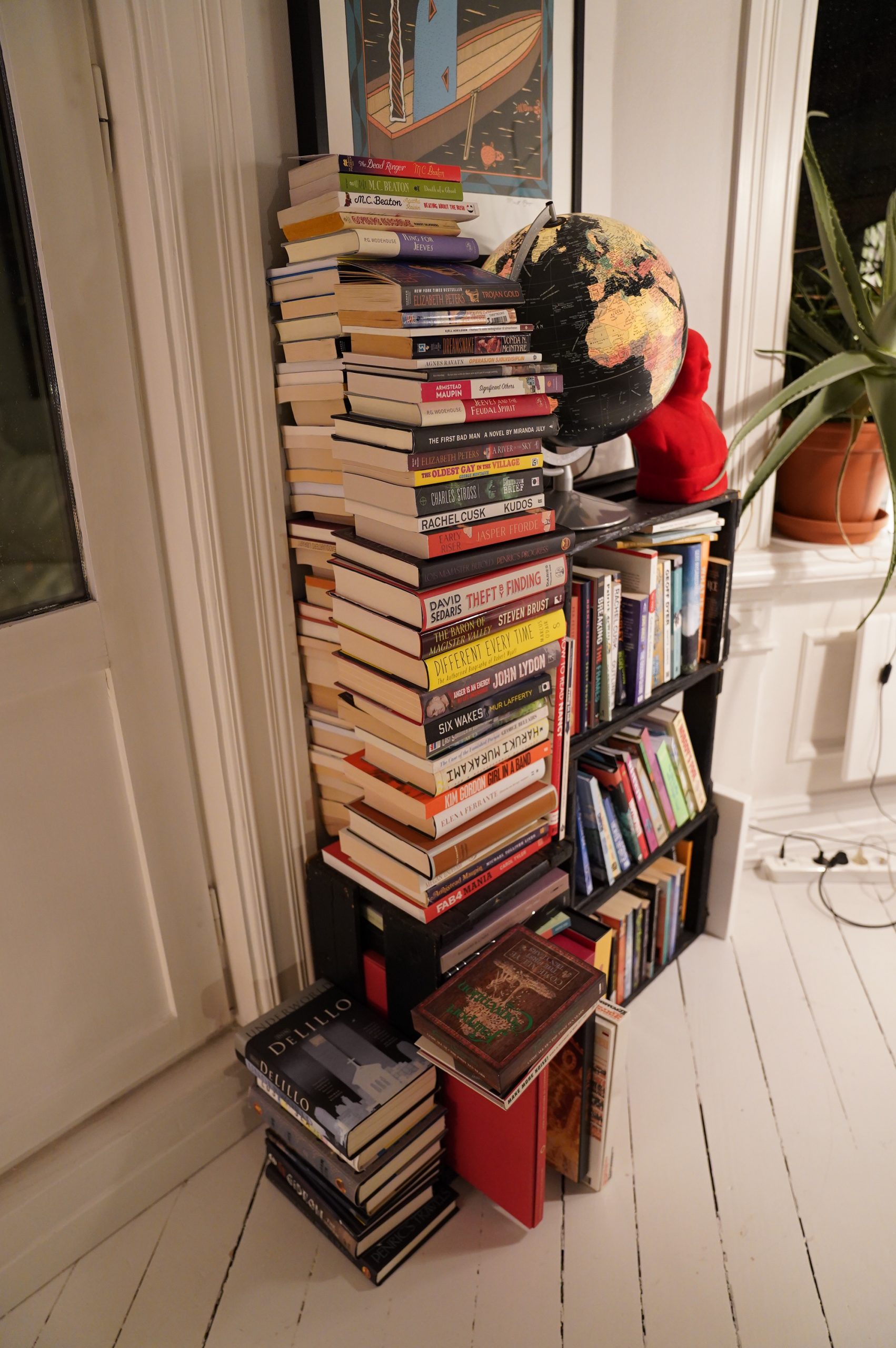 I read these books. Emacs (which keeps track of these things for me) says that I read 105 books in 2020, so that sounds like a sizeable portion of the unread books, right? However, reading books leads to buying books, so 43 of these were books that I bought this year, and… I bought 95 books this year, so… I made a net headway of 10 books.

But while I have your attention, I might as well bloviate about a handful of books that seem bloviating-worthy: 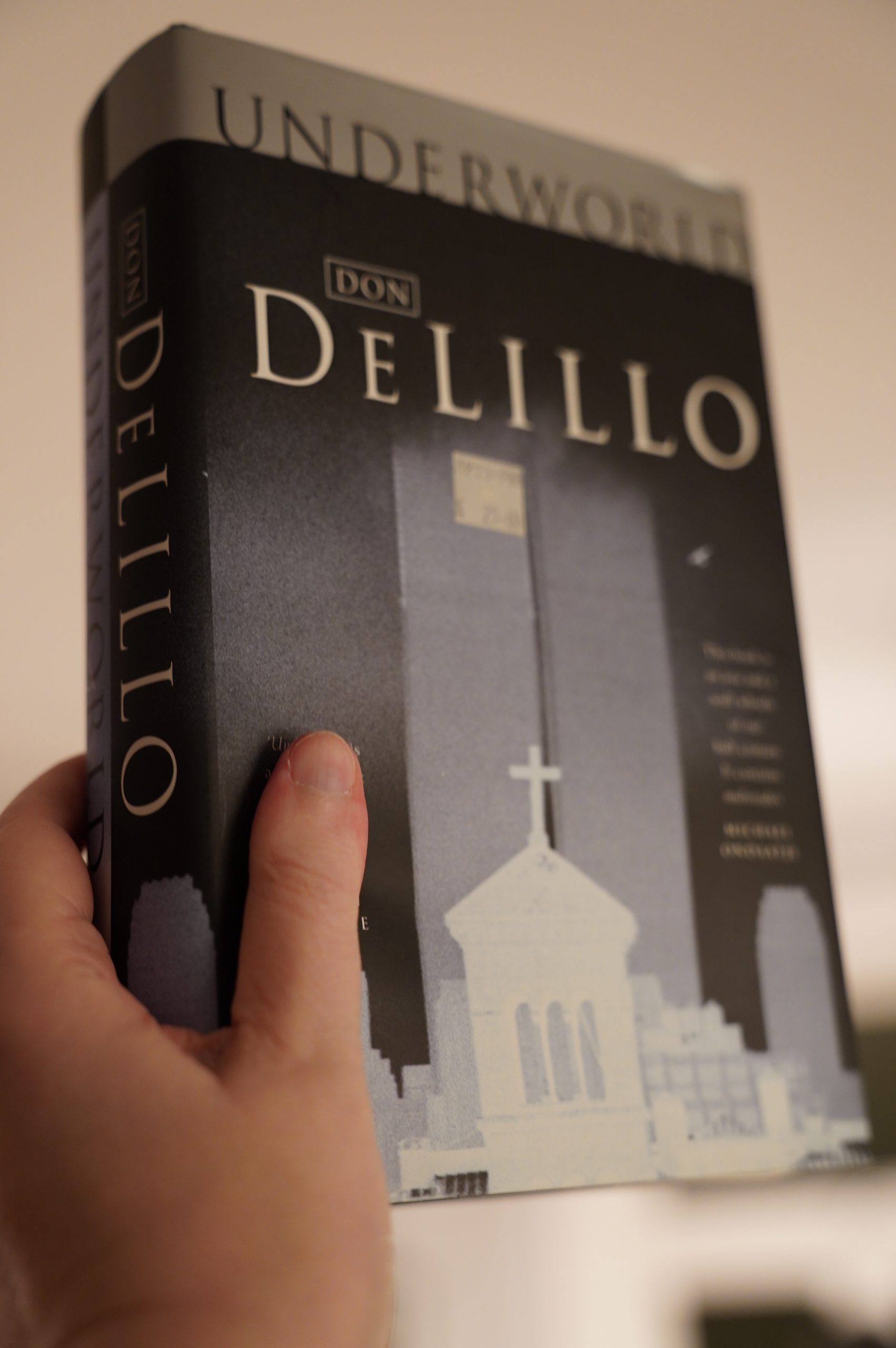 I was sceptical towards this brick of a novel. I mean, I’ve read White Noise, but this is more of a “Great American Novel” thing, and that just seems dreary. And there’s stuff like:

In 2006, a survey of eminent authors and critics
conducted by The New York Times named Underworld as the runner-up for
the best work of American fiction of the past 25 years, behind only
Toni Morrison’s Beloved.

Can anything be more of a dreadful portent?

seriously, why does everyone suck this book’s dick so much?

this book was recommended to me by an ex (who also recommended zuleika dobson and the joke, so he had a good track record until then) who knew how much i liked infinite jest so he thought i would like this one. and if i only liked infinite jest because it was a long book written by a white male, then i suppose i would have liked this book.
[…]
sorry, delillo – its not terrible, so it gets no 2 stars, but i barely cared about anything in this book, and it ruined a relationship. if i die alone, it’s your fault.

Now things are looking up!

… oh, god… this, this… painful verbal bukakefest is literally 800 pages of DeLillo jacking off at his computer over how deep and verbose he is. i wanted to punch him in the face and shake him, shouting, “JUST GET TO THE FUCKING PLOT, YOU SELF-LOVING PIECE OF SHIT.

I’ll be honest and say that I don’t remember much about this book other than an awful lot of baseball. This is partially because there is a lot of baseball in it

Perhaps this is the best book ever?

And it is! N’t! But it’s pretty darn fucking awesome. The first sixty pages are about some old baseball game (the sound you just heard was a bunch of Americans swooning from apoplexy at that description), and it’s just super gripping and moving. This from somebody who doesn’t know what side of a baseball is the upper side, or whether it has one.

DeLillo seemingly can’t write an uninteresting sentence, and everything is just wonderful to read. And things connect in an unnervingly modernist way, but not in an annoying postmodernist way.

It’s really good, is what I’m saying. There’s about fifty pages in the middle where I lost interest, but it’s otherwise flawless. 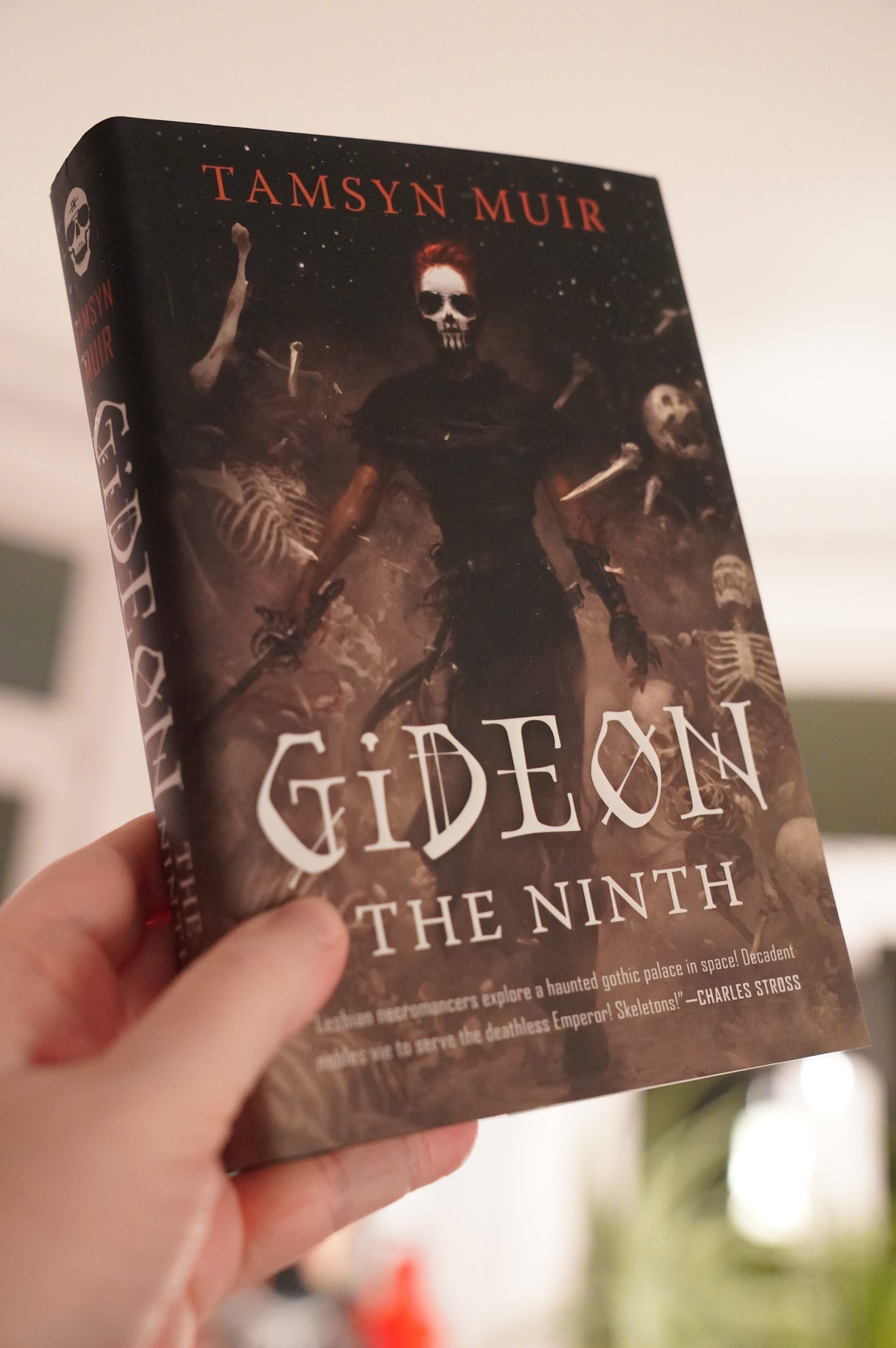 I love science fiction, but it’s so hard to find sf that I can stand to read. I bought a bunch of winners from the sf awards from the last decade, and they’re mostly sub-literate and worse — they’re deathly dull and stupid.

This one, though is a middle finger to just about anything: Literary and genre conventions, world building, logic, plain common sense. It has sentences like “she unlocked her security cuff, and arranged it and its stolen key considerately on her pillow, like a chocolate in a fancy hotel”. This in a universe where we’ve seen no sign of something like a hotel ever existing, never mind a fancy one. Or even chocolate.

It’s a bratty, brash, fun read. It’s a “Gene Wolfe? Well fuck Gene Wolfe” kind of book. The plot never rises above the level of an 80s adventure game: There’s actual scenes where Our Heroes open a door in a laboratory by pushing buttons, and they have to cooperate to enter the room.

It’s wonderful. And I just got the next book in the series. 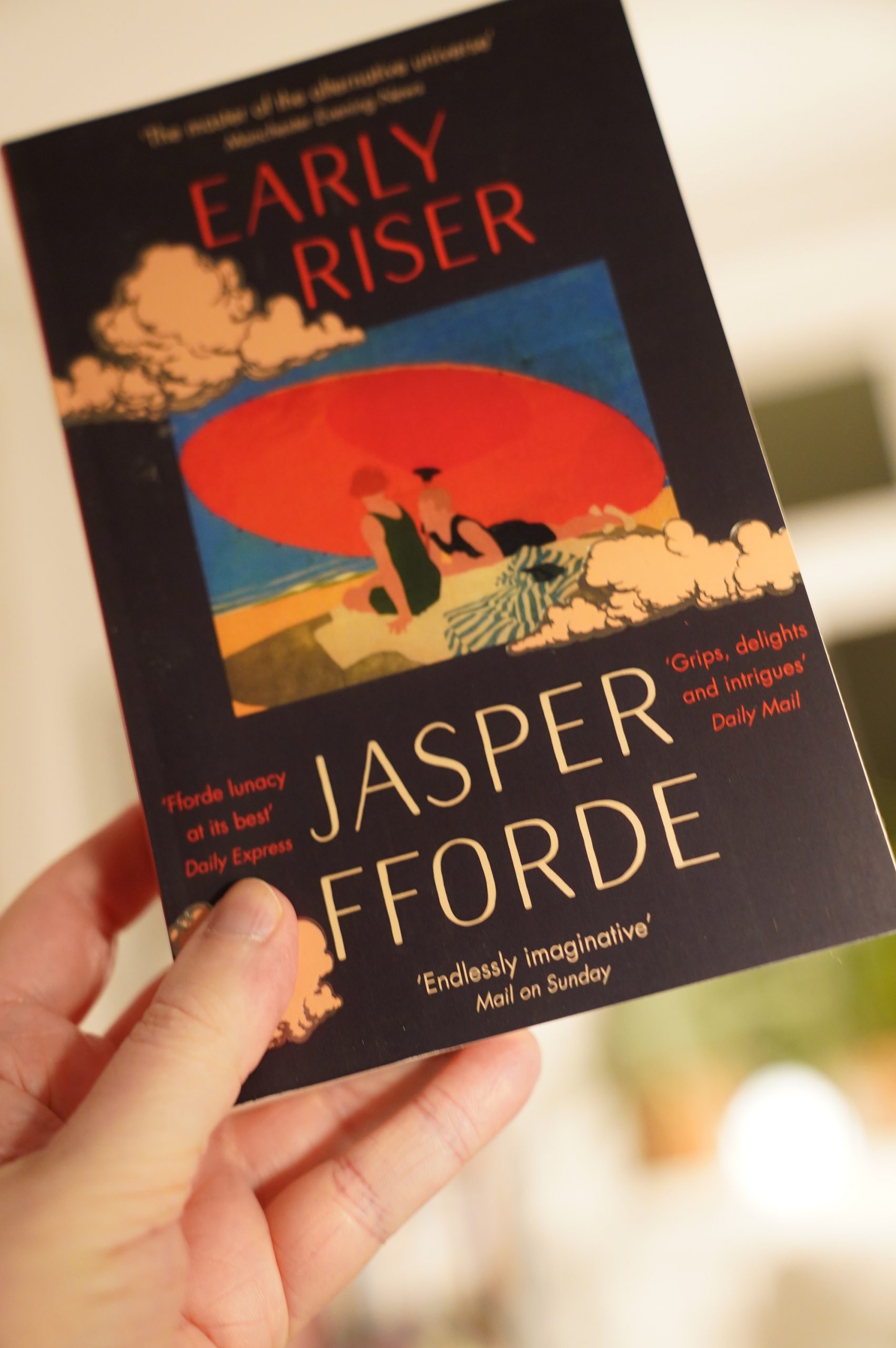 This is Fforde’s worst book, but it’s interesting… mostly because after reading it, I googled around for reviews (I never read a review before reading a book, but if I love or hate a book enough, I want to see what other people think of it (of course, if I hate the book, and I read positive reviews, they’re all written by morons, and vice versa). People mostly agreed with me that this was a disappointing Fforde book… but the level of criticism was ridiculously low. The book is quite clever in many ways, in what information it withholds, and when it lets spill the info. Many reviewers had caught on to one peculiarity (it’s stated as fact on the Wikipedia page, and it’s not a fact), but I didn’t see anybody who got any of the other mysteries that Fforde had fun with.

But that’s a common problem with reading reviews of genre literature: All the smart cats are writing about the literary literature. 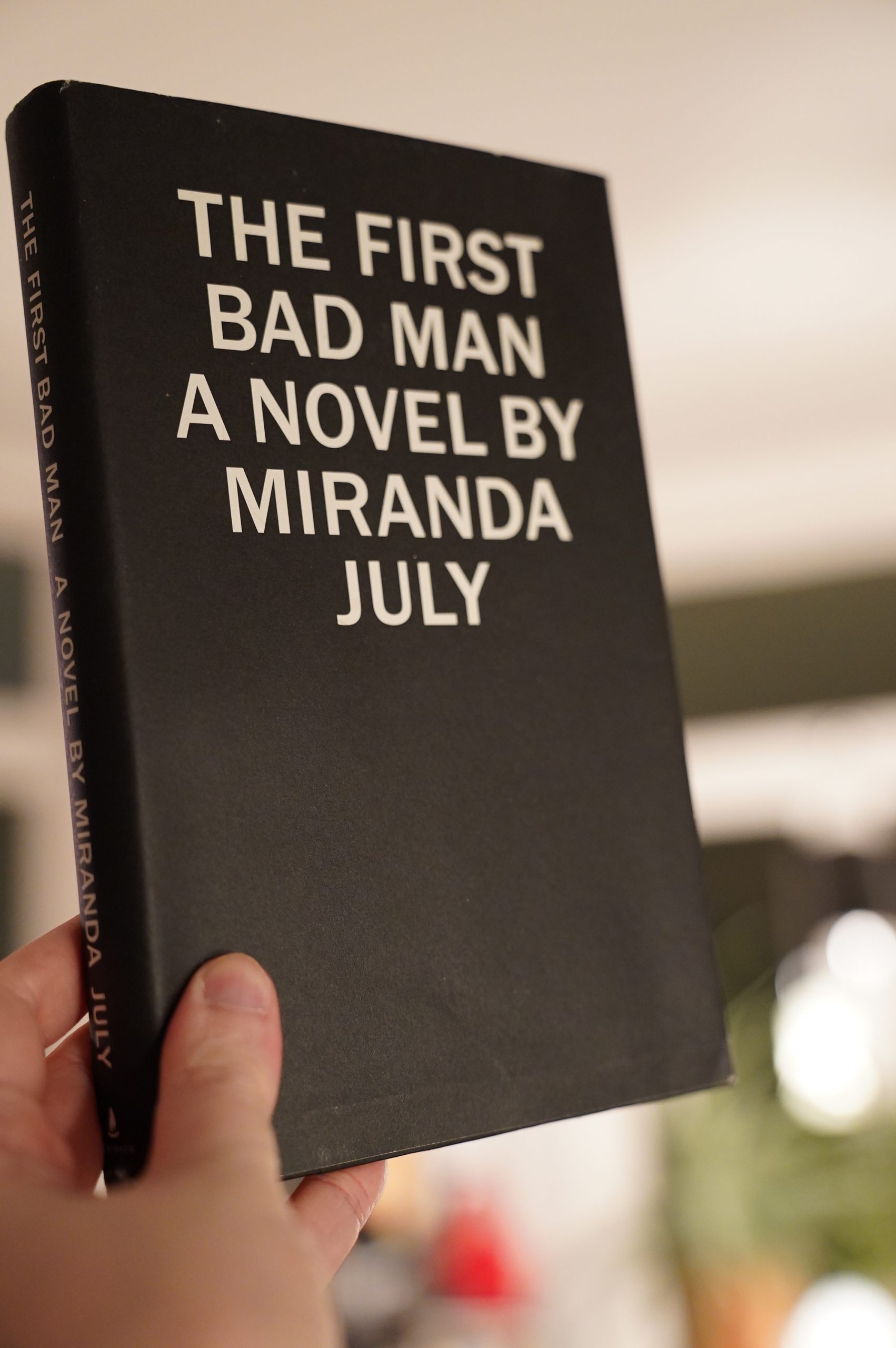 I love everything July does, and I guess many people do:

This book was quirkier than anything, really, and so much fun to read. And it’s not about what you’d think when you see the title.

Love the cover design, too. 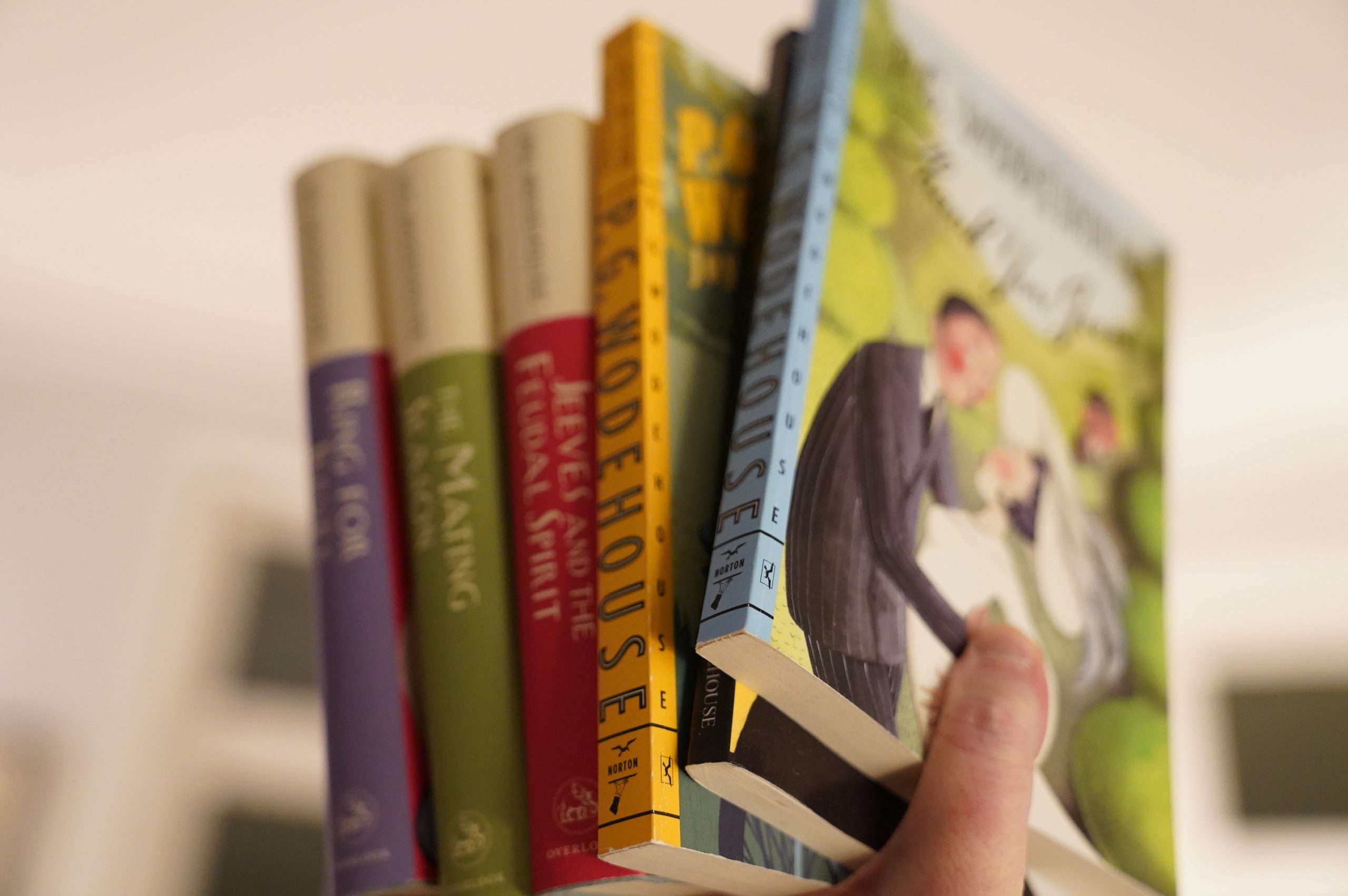 I discovered the Jeeves books. Yes, I know. But I had previously just read a couple of the Blandings books, and I was put off by the relentless awful people. The Jeeves books are much more congenital. And the dude can write. 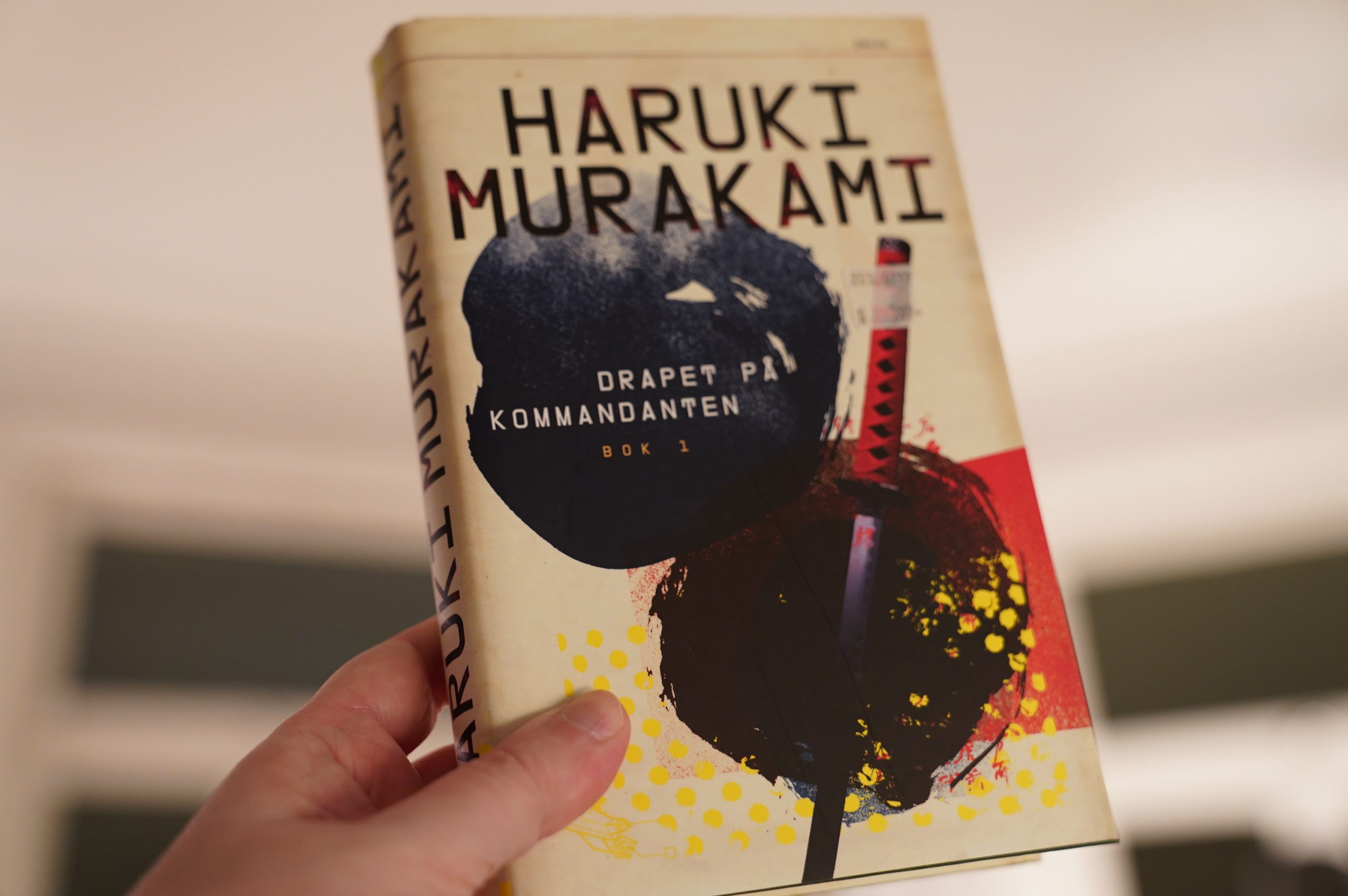 This is Murakami’s worst book, so I wouldn’t have mentioned it except this fascinatingly provincial book was published this year. The thing is that Americans read so little translated literature that American translators seem to regard themselves as some sort of magical elves that does some strange, interesting alchemy. I haven’t read the book, of course, because I’d rather watch The Fast and the Furious I-IX, but it seems to be all about how infinitely clever and wise the American translators and publishers were when they carefully translated and edited and published Murakami’s books… no matter that Murakami is a huge success all over the world; in Spanish, in German, in fucking Norwegian. And, no, in those languages, the translators do not publish book-length hagiographies to themselves about how smart they were (with the implication that, of course, they’re are important as Murakami himself to Murakami’s success). 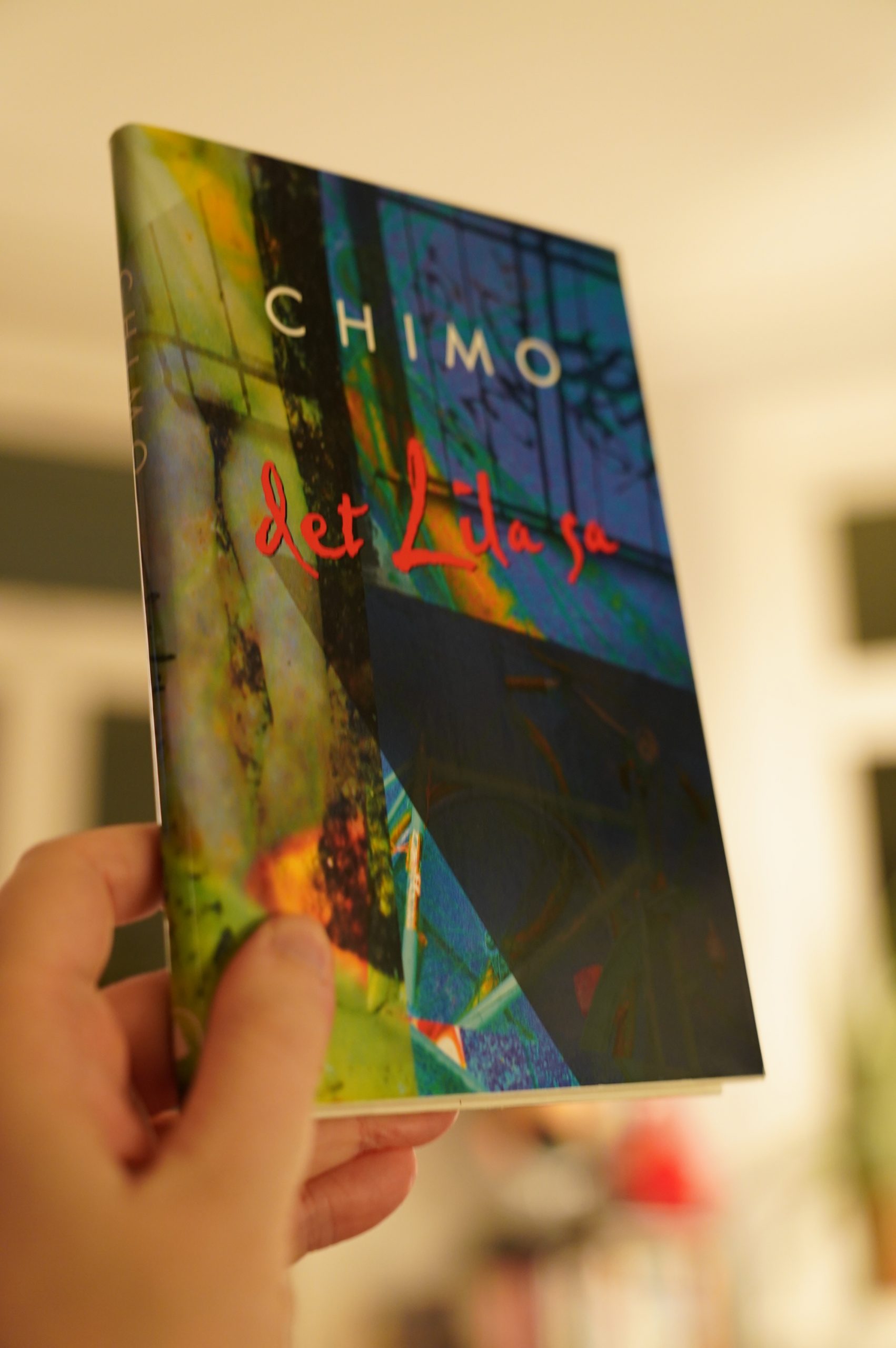 This little book is like a sweaty dream. Compulsive. 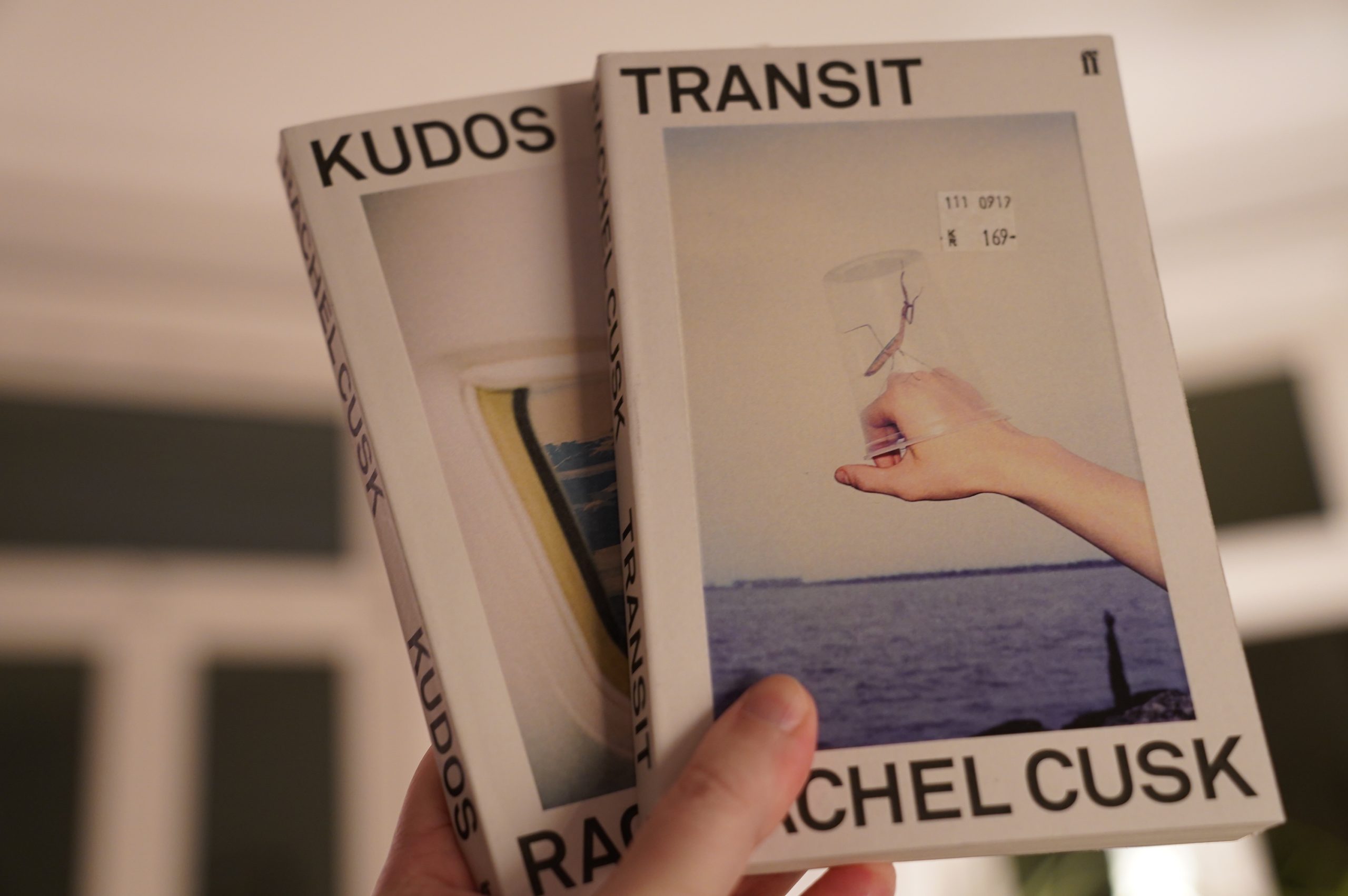 Everybody loved Outline, of course, and Transit is just as good. In Kudos, however, her writing method is showing all kinds of cracks. Basically, Kudos is a series of mean-spirited parodies of people she meets while out and about as an author, and that’s just not as exciting as the first two books. Those two books were thrilling. Kudos is just amusing, and it’s hard not to start disliking the protagonist (and I don’t think we’re meant to?) And it’s striking how much better literary reviews are, again.

But read this Cusk parody I translated. 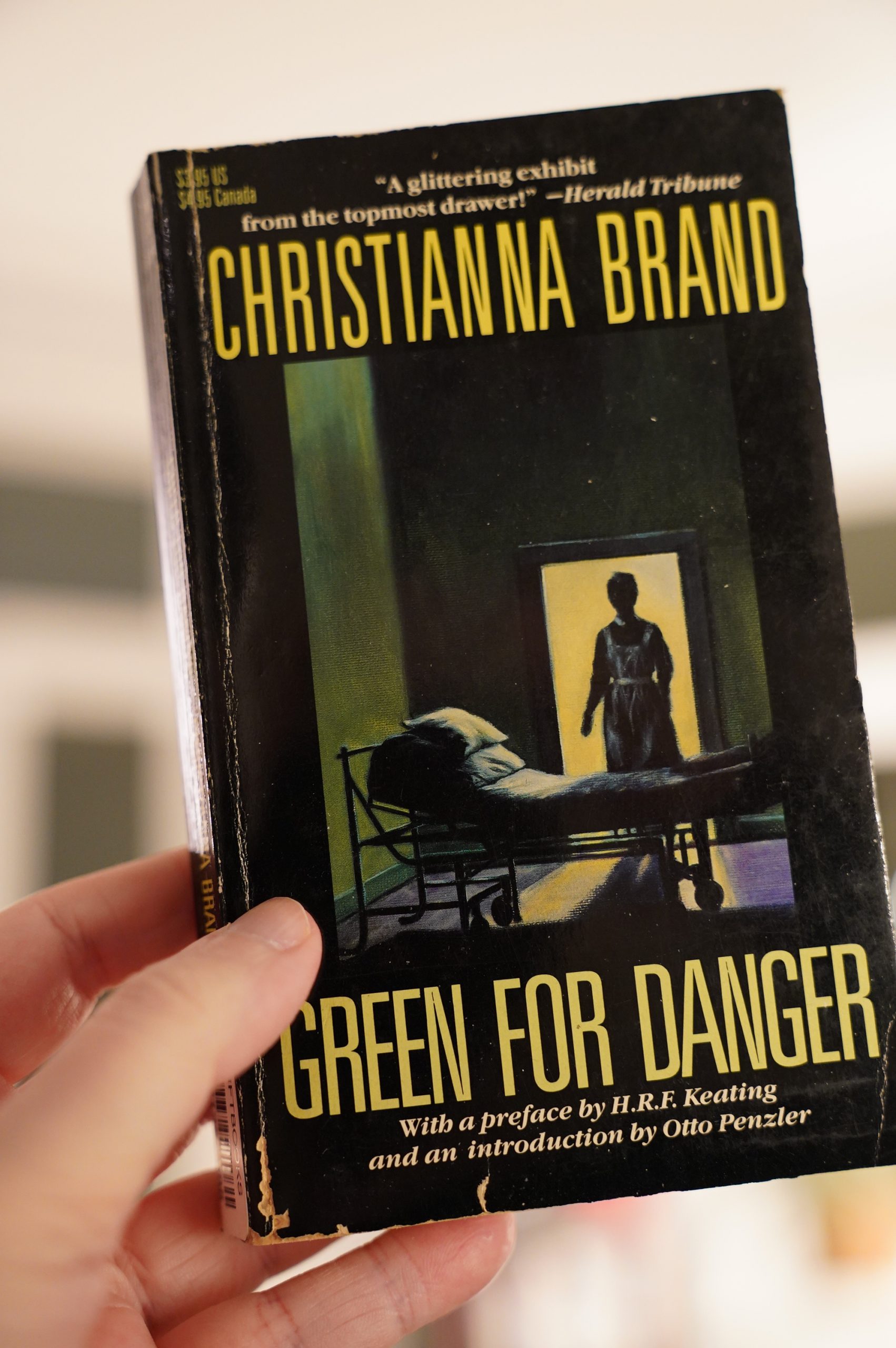 Finding good literature to read is easy. There’s so much of it. Finding good trash, on the other hand, is a thankless task. I love reading trash, but people seem to have no sense of what the good stuff is. So I’m always on the lookout. Sure, Agatha Christie and Dorothy Sayers and etc, but I’ve read all of that. And if you see what fans of these people recommend, it’s stuff like Ngaio Marsh, which (based on my one sample a couple months ago) is just horrible! I’m reminded of the one time I let Amazon recommendation guide my shopping clicking finger: I was reading a bunch of books by Marian Babson. She writes nice, cosy mysteries; not too exciting, but well written and they putter along nicely. Just what you (that is, I) need on a long night in February while contemplating whether there’ll be any music festivals in 2021 or not… But several of her books have cats in them. So all the Amazon recommendations were to other mystery books that feature cats prominently. And they were all the most horrible, putrid offal you can imagine. But sure, I understand that: I like sf, and I will read a lot of really bad sf because I like the genre. And apparently there’s cat fanciers that suffer from the same syndrome. Therein lies the problem: I like Babson because she can write. Most of the other readers will gulp down anything with cats in them, which makes their recommendations useless to me.

This was a long way to say: Hey, that Cristianna Brand? She writes pretty well! Most of her books are out of print, so I’ve only got three, and they are all properly amusing. (I got some more on my Kobo reading thingie, which I don’t really like to use that much, because e-paper sucks when compared to er paper-paper.) 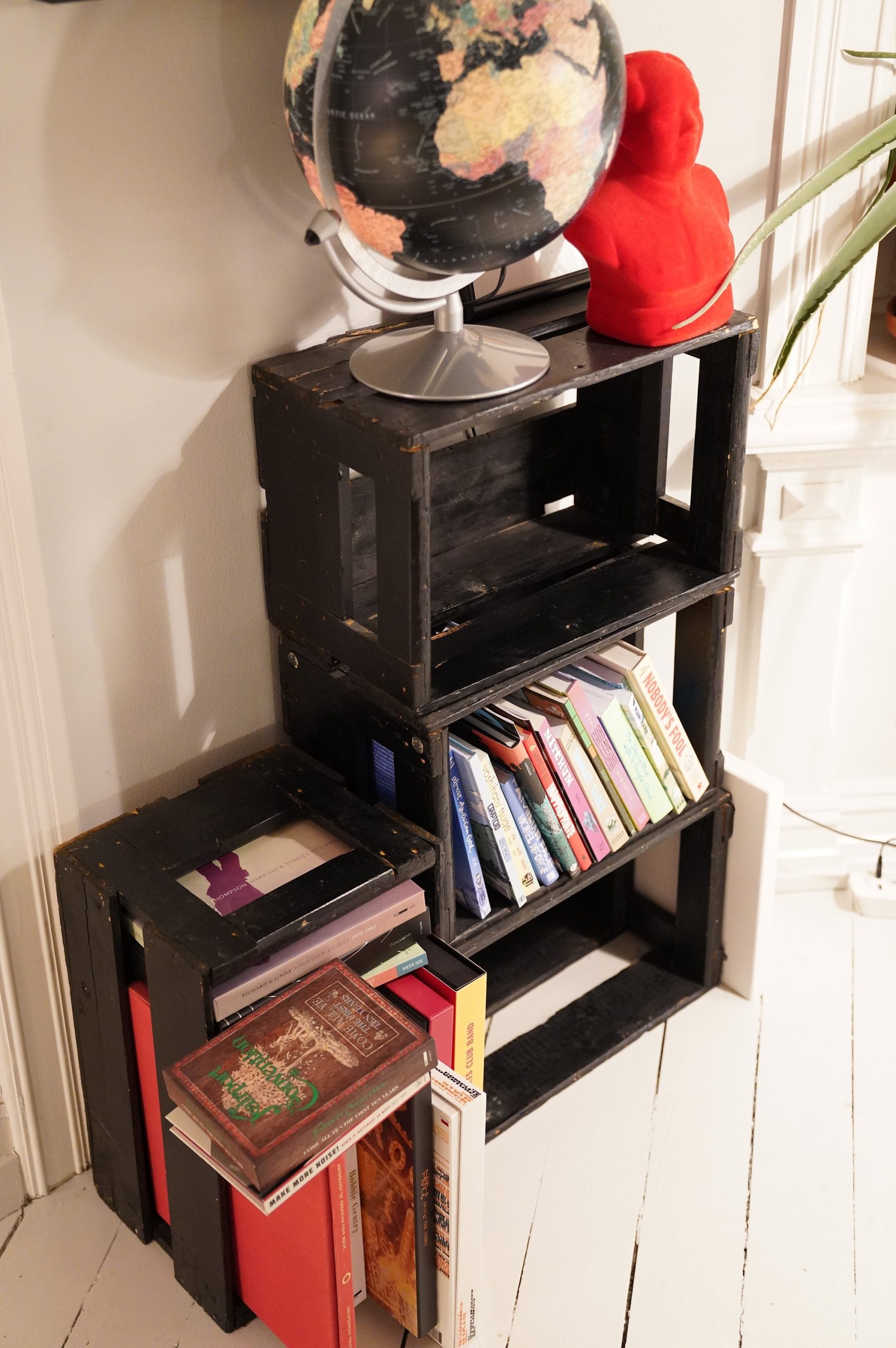 There. Emptied of all books. Ready for another year.

When did they say we were gonna get the vaccine, again?