Last summer I went on an Emacs bug spelunking, and set as a goal for me to close (i.e., fix, prod people about, or determine if the bug reports were invalid, etc.) 10% of the open bugs.

I did that twice (which isn’t the same as fixing 20% of the bugs, because the 10% gets smaller each time YAY).

Then I started on the third ten percenter, and… I took a slight break. For half a year. Or more. 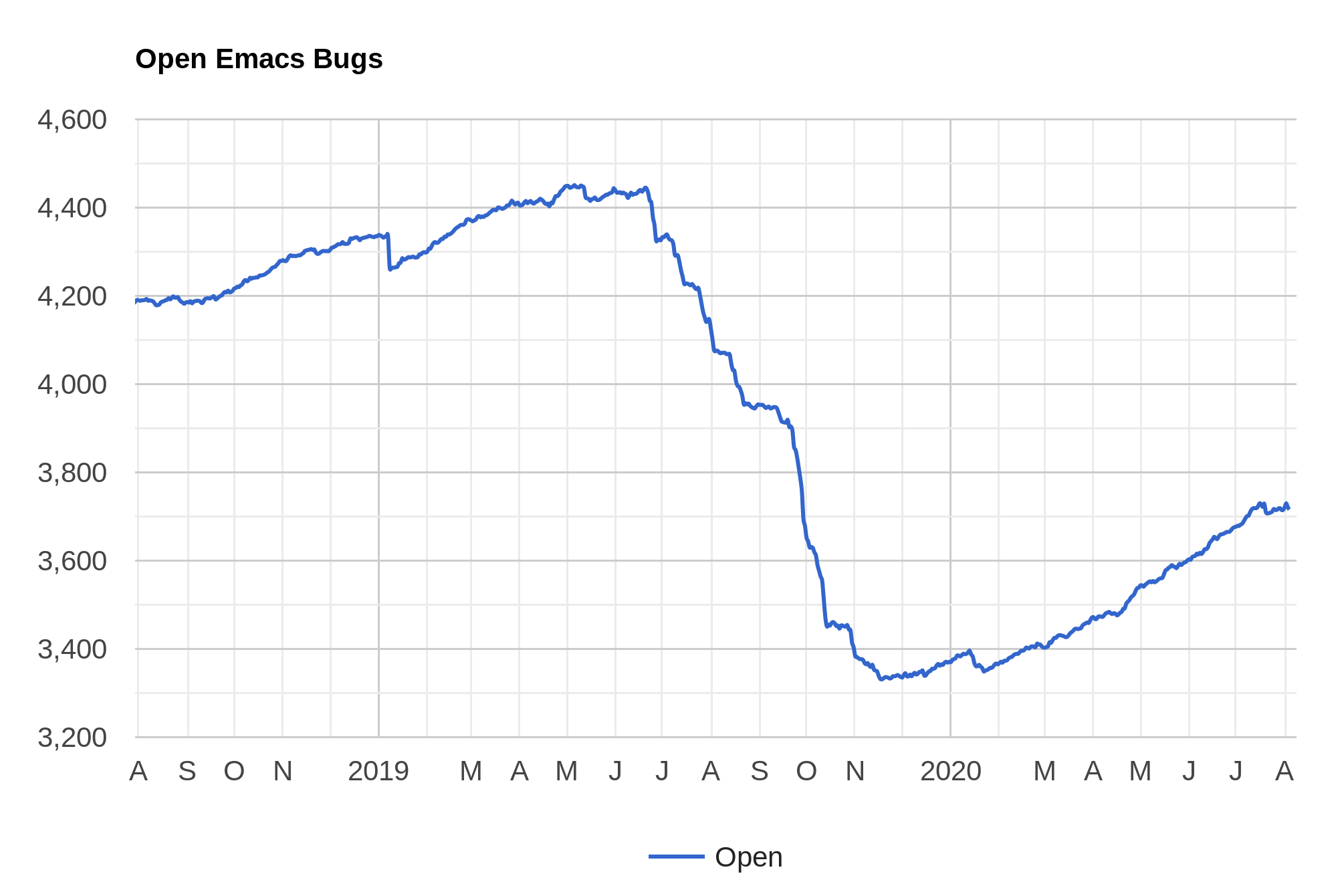 (I suspect that Stefan Kangas took some time off that coincided with me, because he contributed heavily to that descent there…)

Anyway, I’m back for a while, and (non-humble-brag) I finally finished the third 10%!

And, as ever, more people working on Emacs bugs would be nice. Install the debbugs-gnu package, say `M-x debbugs-gnu’ and find some area you want to work on. It can be fun! I promise! For real!