Since this summer, I’ve er had some time on my hands, so I thought I’d work at fixing Emacs bugs. (Or closing stuff that’s no longer relevant.) And since working towards some goal is more fun, I decided that 10% of the Emacs bug tracker would be nice.

There was about 4500 open bugs in the tracker, so that was 450 bugs, which I completed in August.

After taking some time off, I thought it was time for another 10%. Which is, of course, 410 bugs, since there’s now a smaller number of open bugs in the tracker.

and I’m done! Which is perfect timing, because I’ve got a cold, so writing a bragging blog post is just my speed. 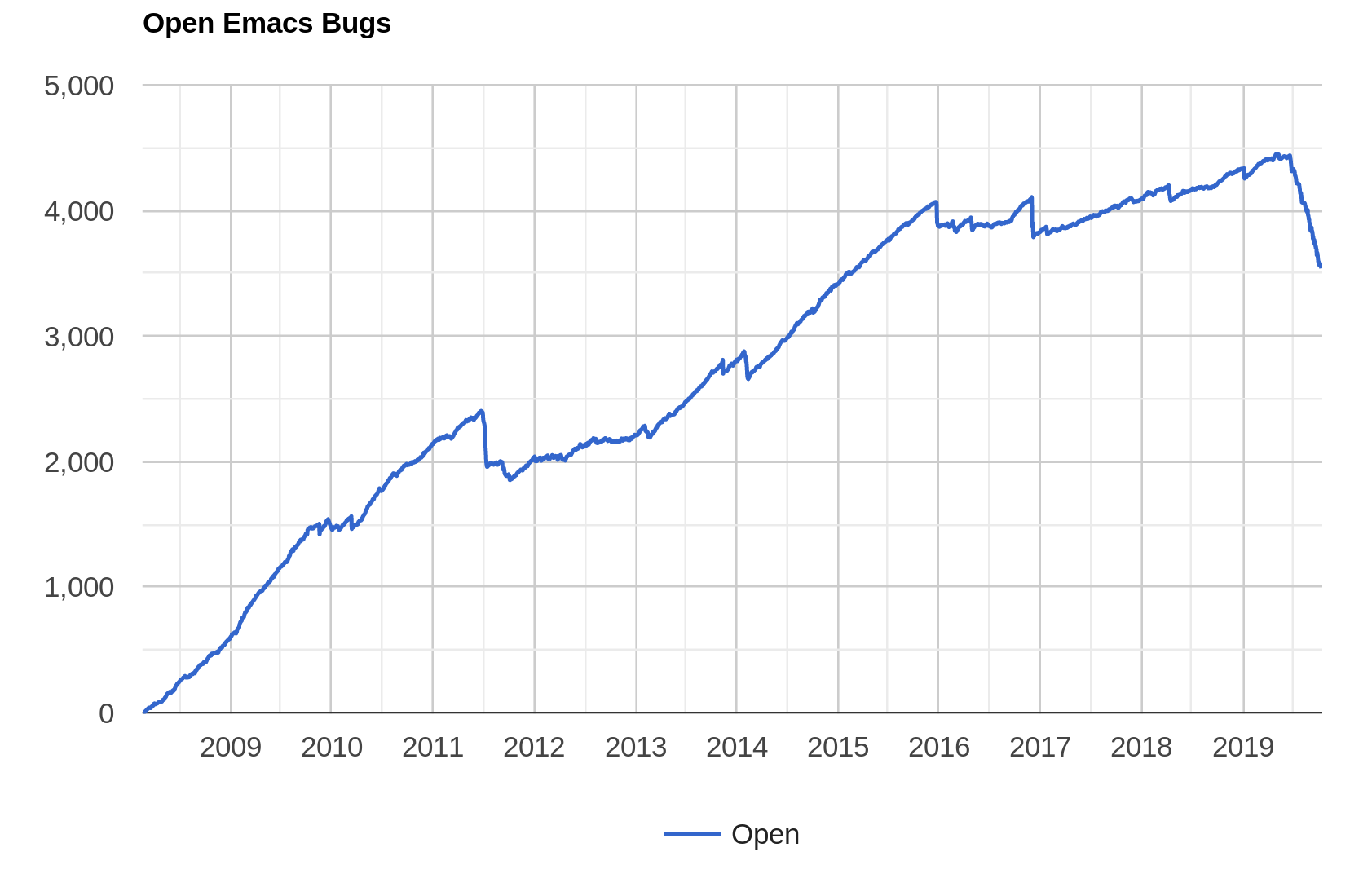 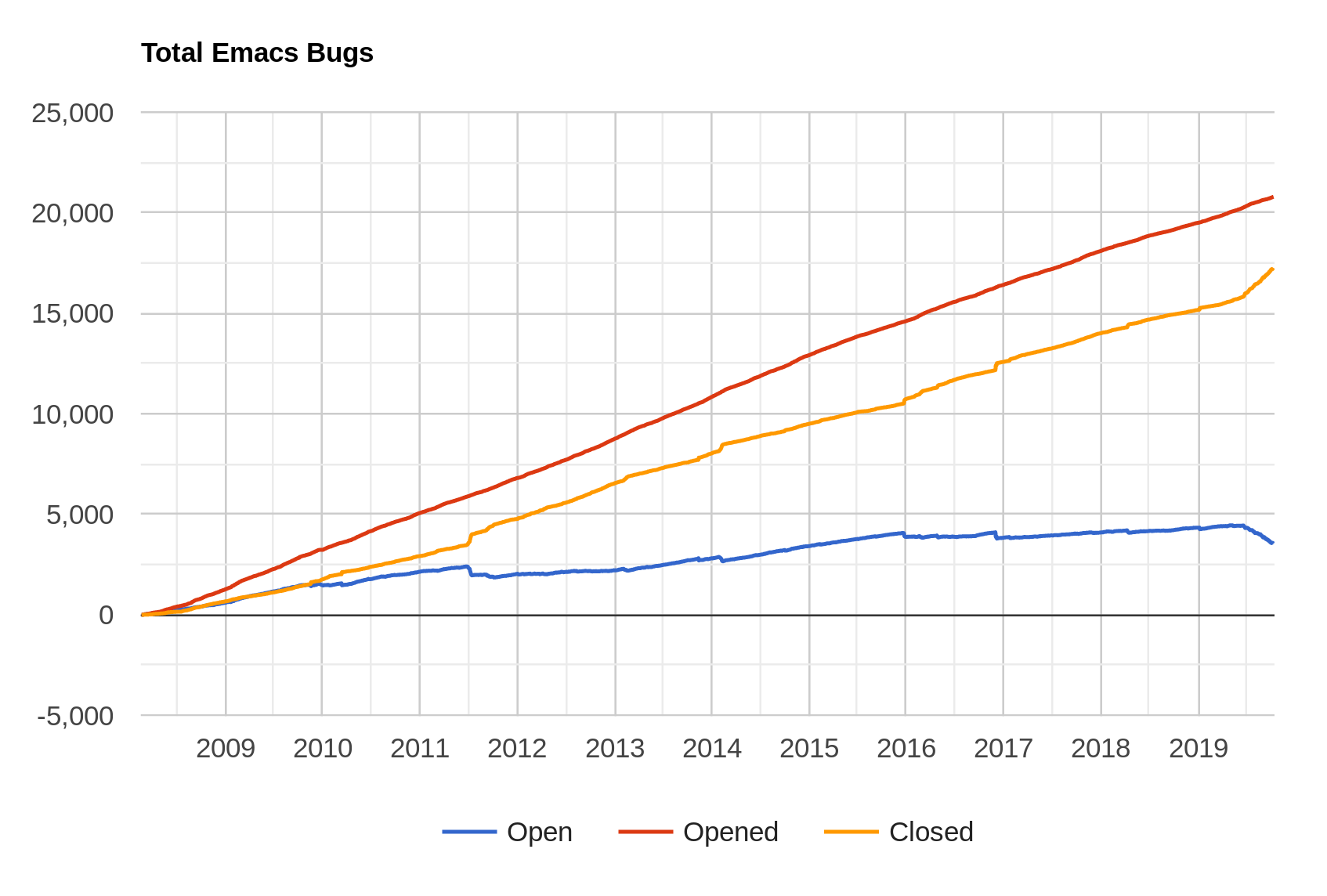 So now there’s about 3500 remaining open bugs in the tracker. “But wait,” you say, “I can’t find my slide rule but according to all maths, 4100 less 410 isn’t 3500, probably”. You are indeed a mathematical genius. But I’m not the only one working at trolling I mean trawling the bug database. In particular, Stefan Kangas has closed hundreds and hundreds of bugs concurrently with me. (And, of course, the rest of the gaggle of Emacs people working at the usual rates of reporting/fixing.)

In addition, since I’m from finance, I can apply the newest financial science innovations: Linear extrapolation.

By using these latest technologies (i.e., a ruler and a sharpie), I can predict: 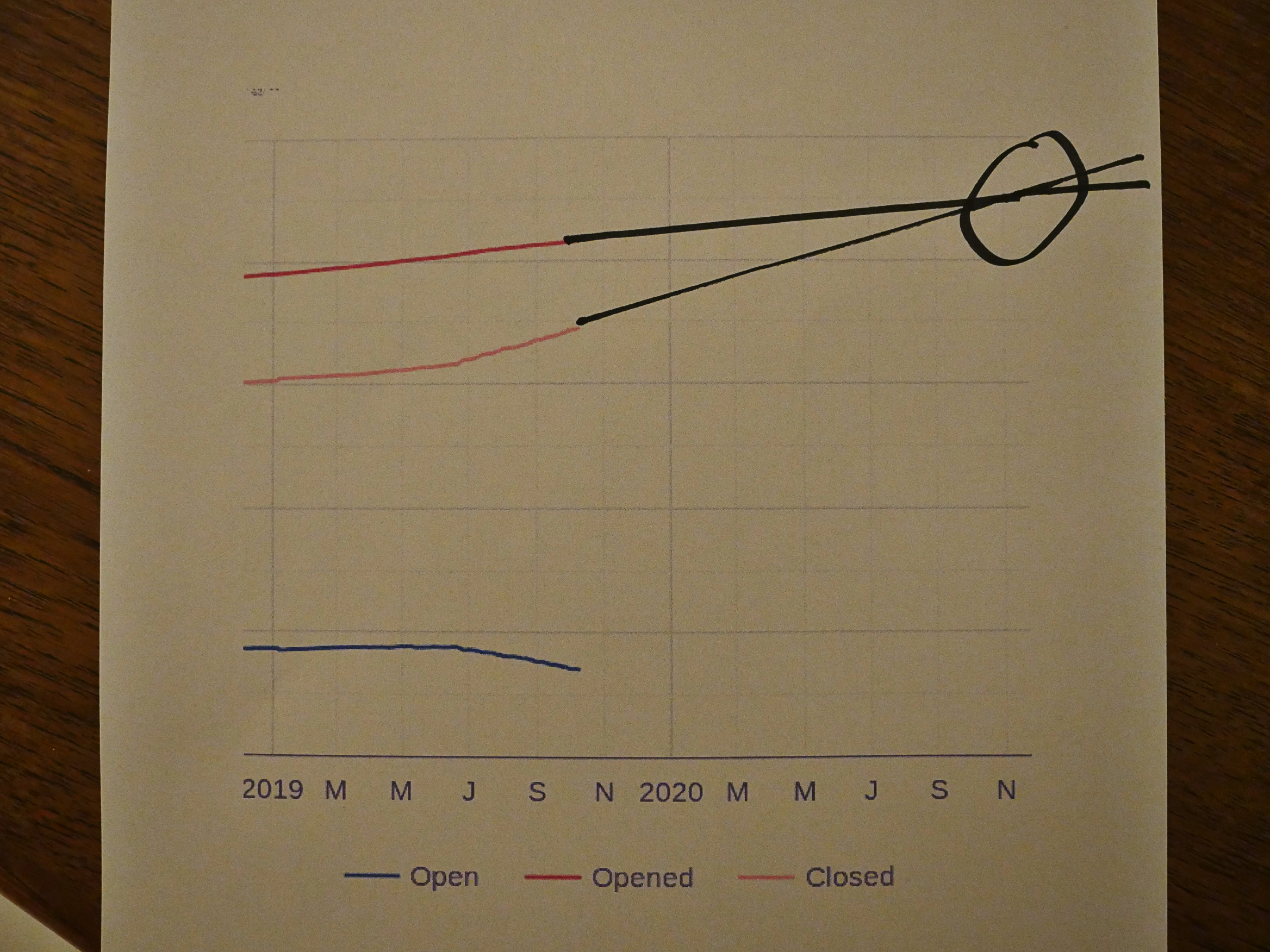 In 2021, there will be more closed bugs than have been opened! It’s an inversion of the OxC Index! It’s a brave new world! This time it’s different!

And now it’s time for another break, I think. Well, at least after my cold clears up; I might as well continue a bit more while feverish…