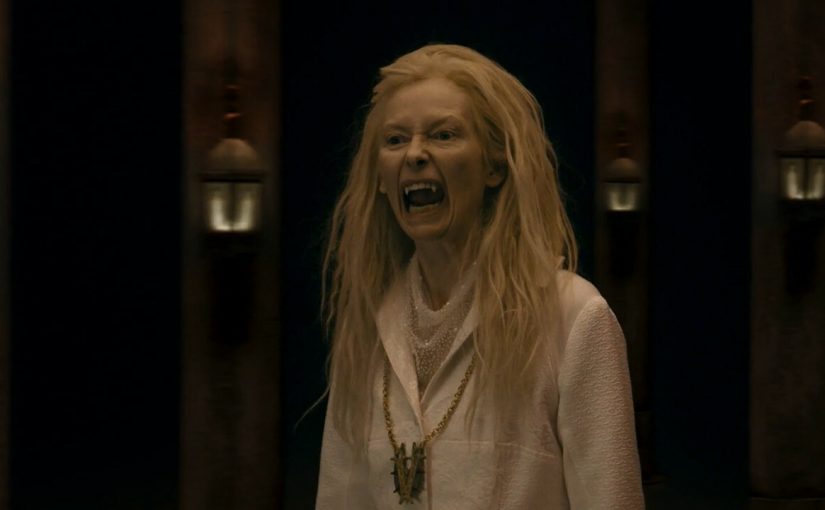 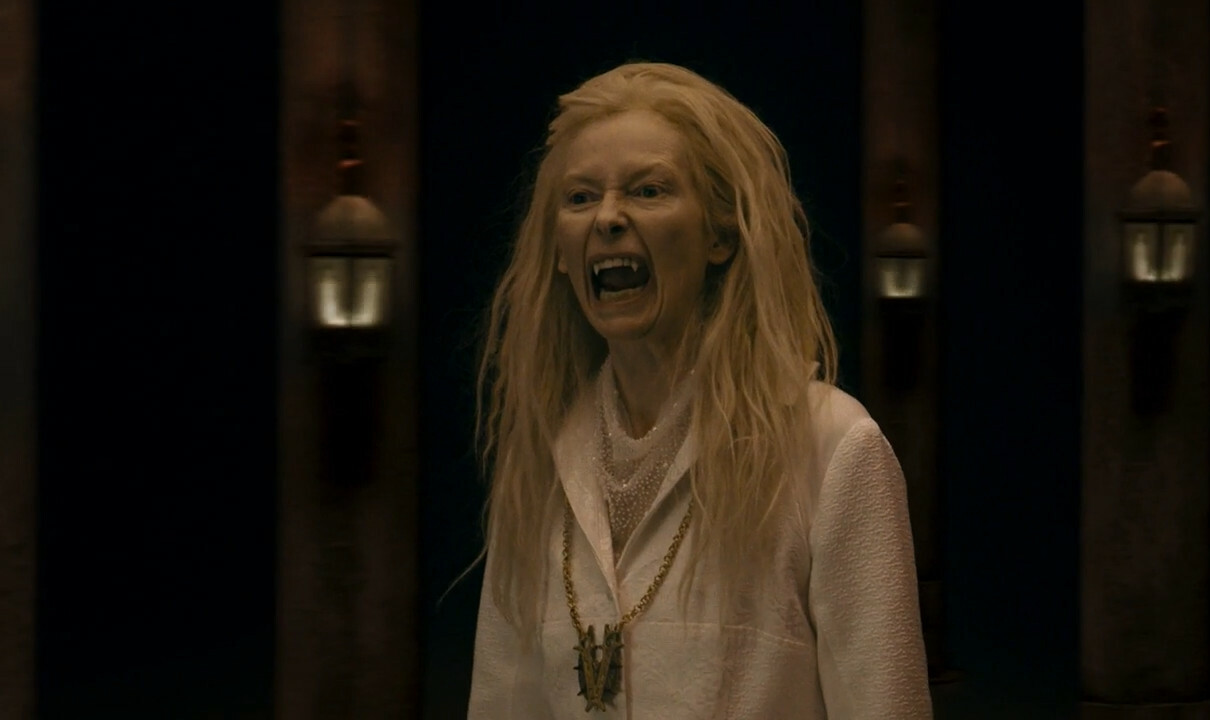 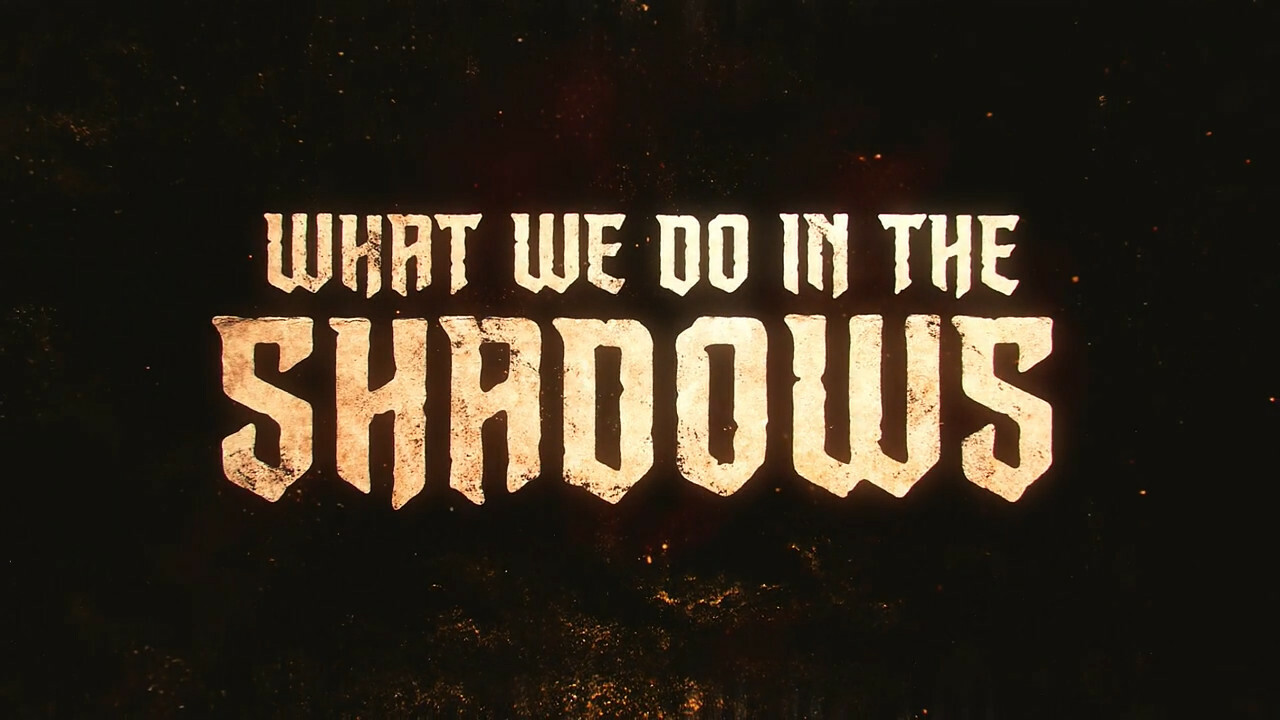 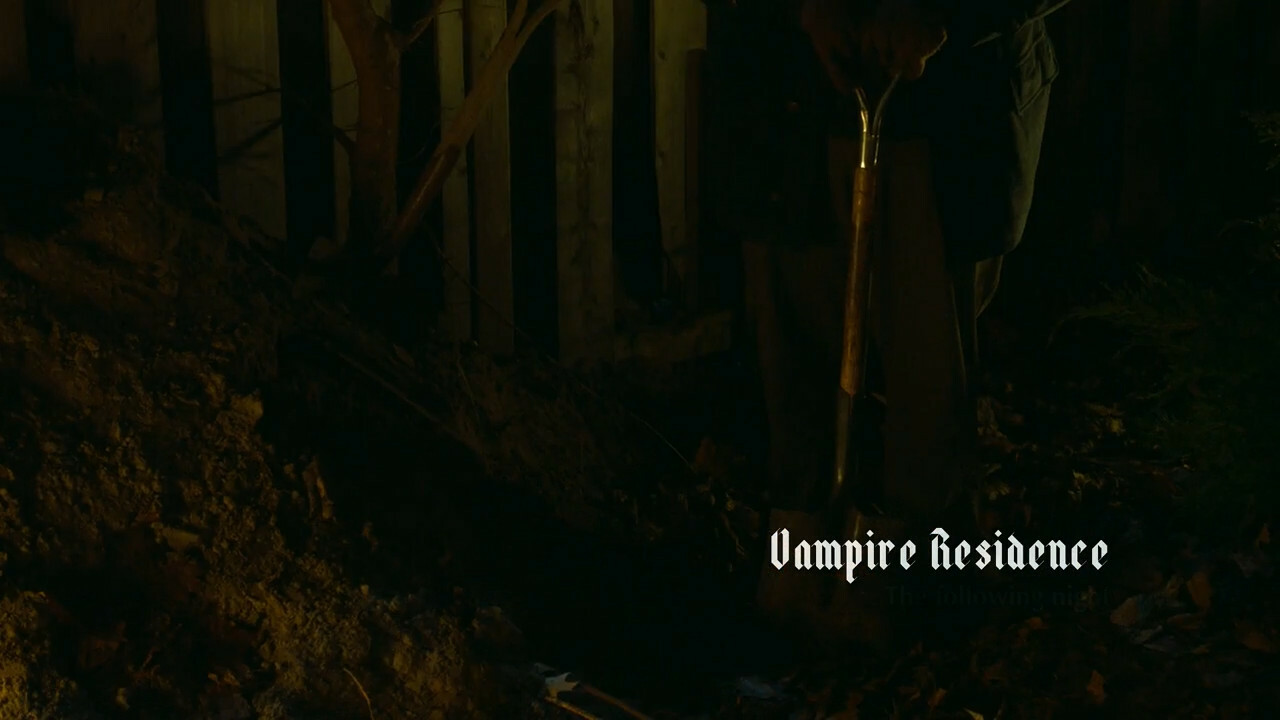 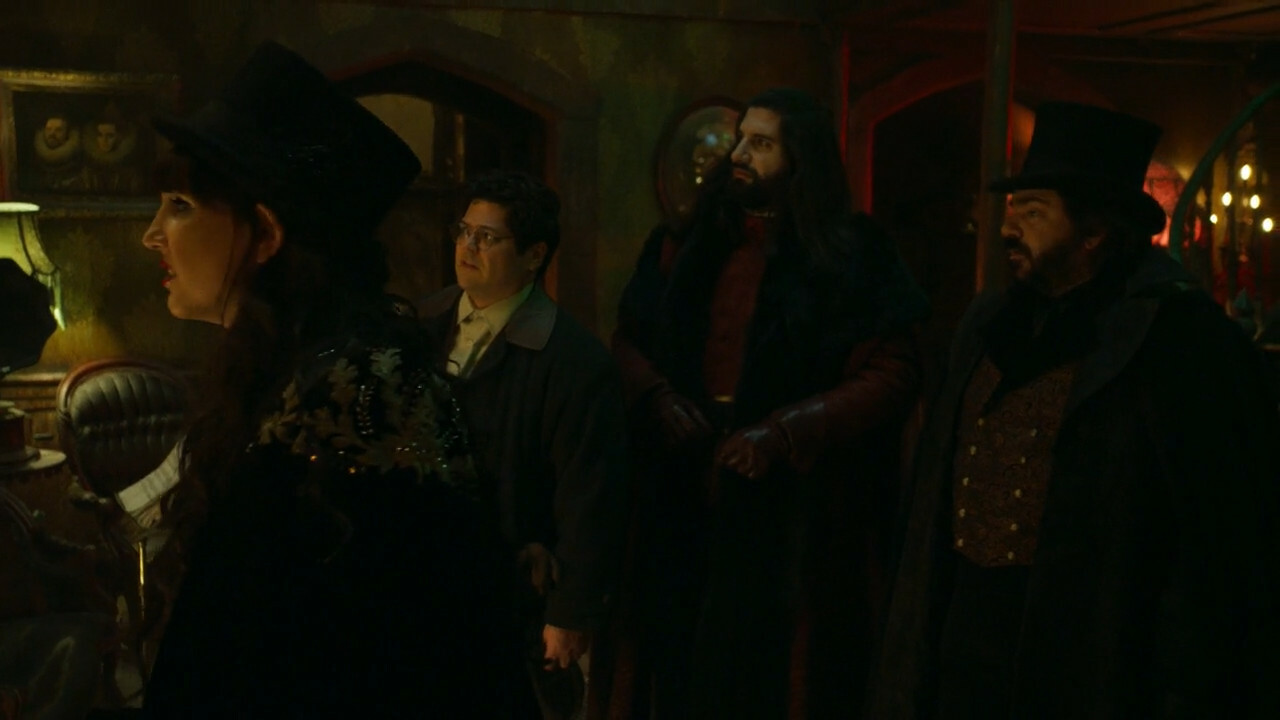 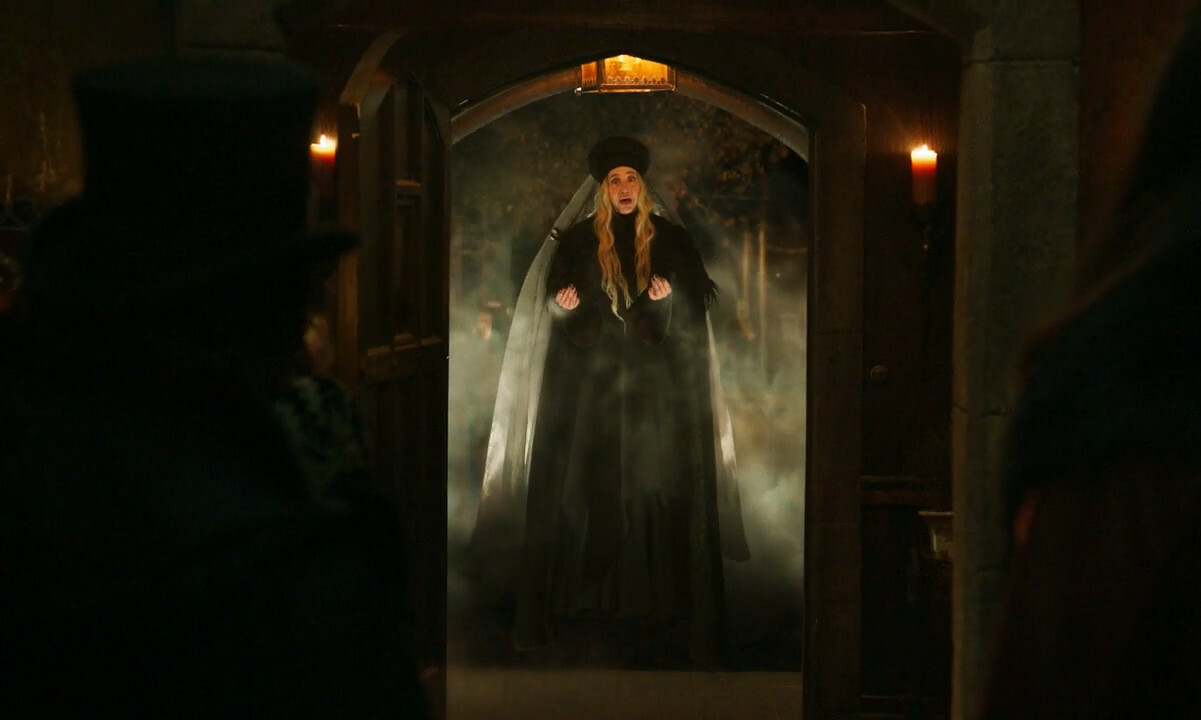 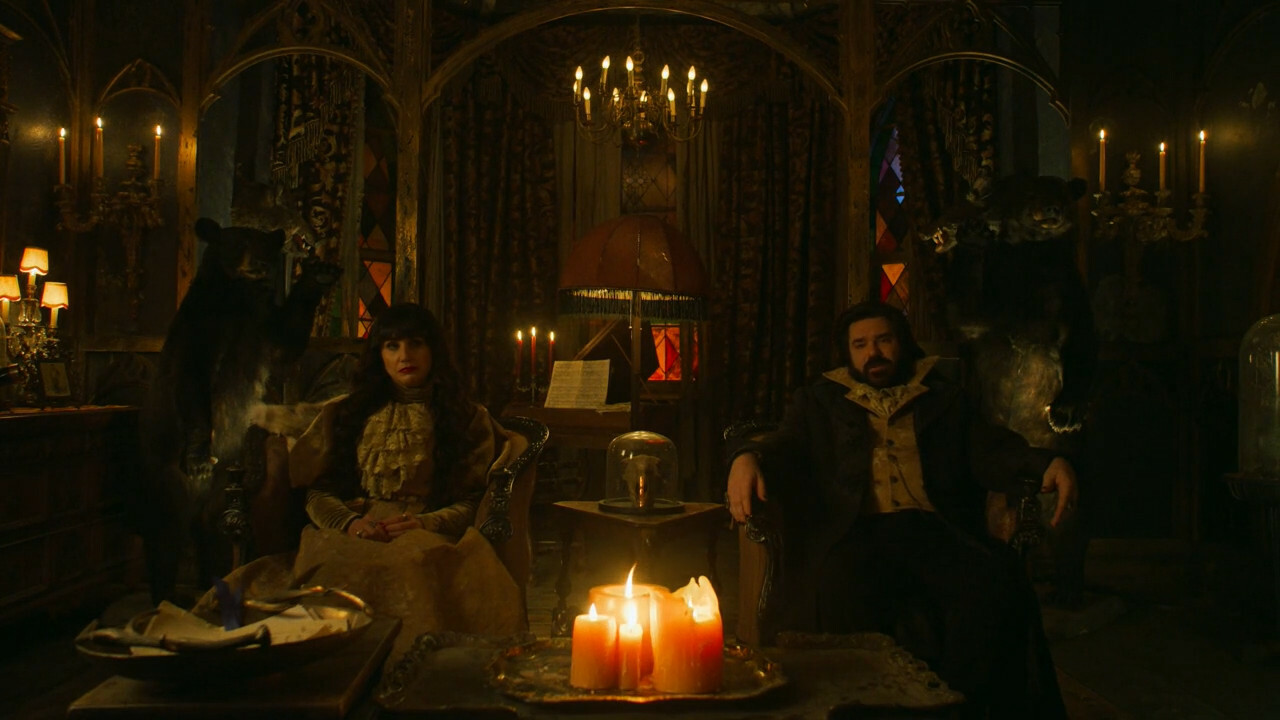 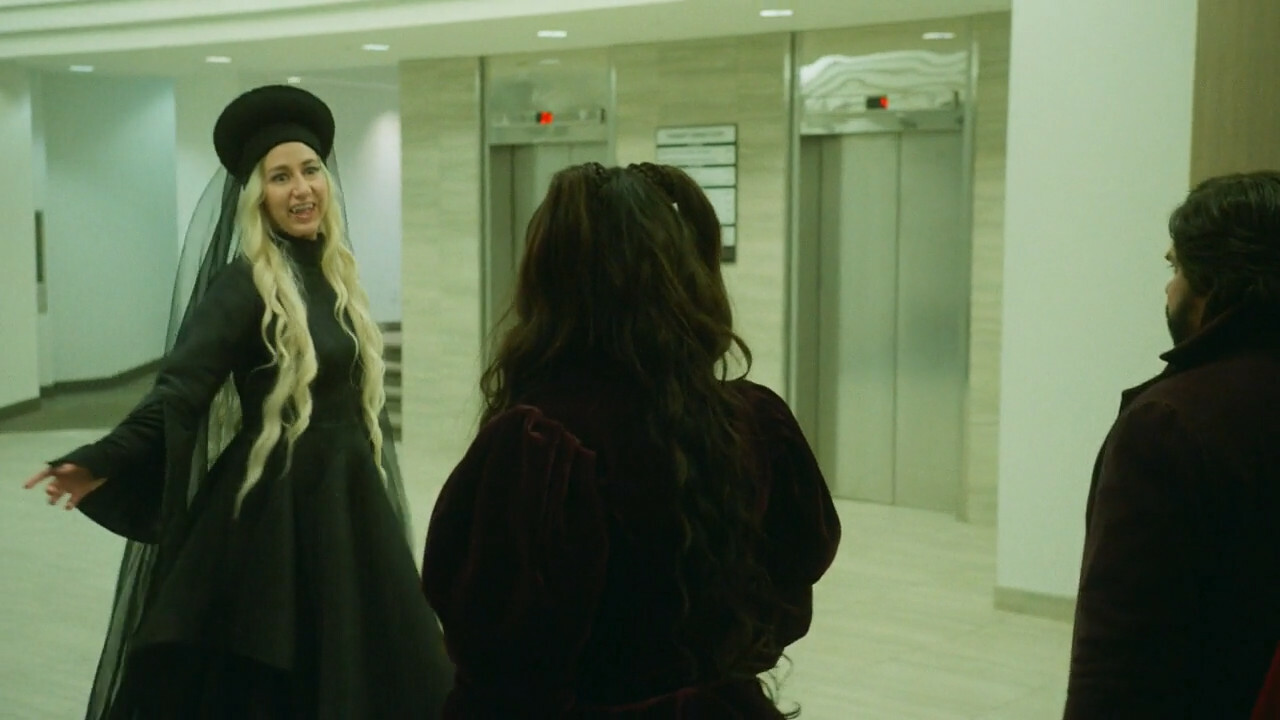 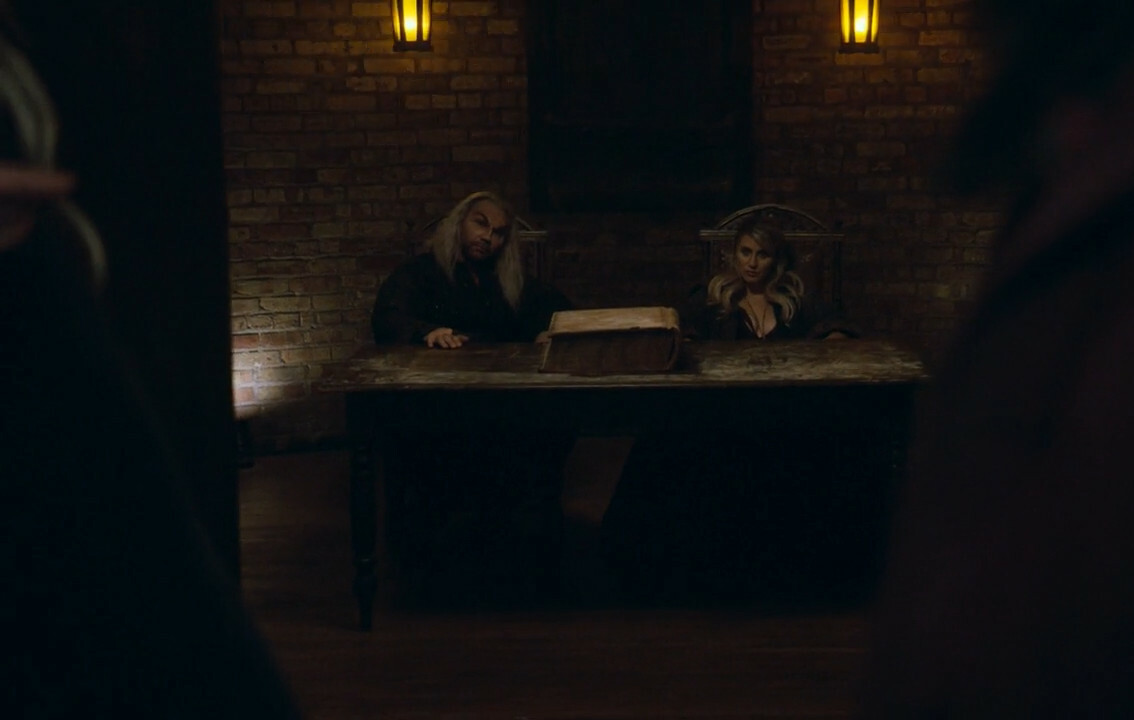 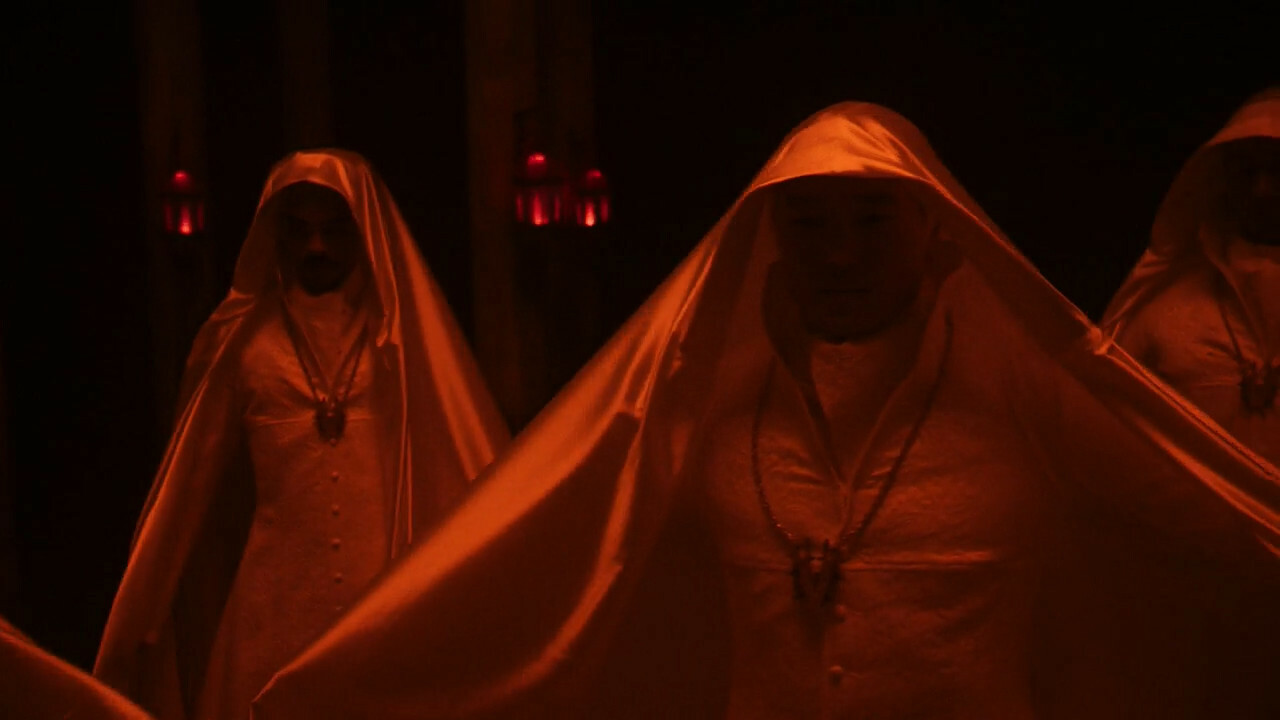 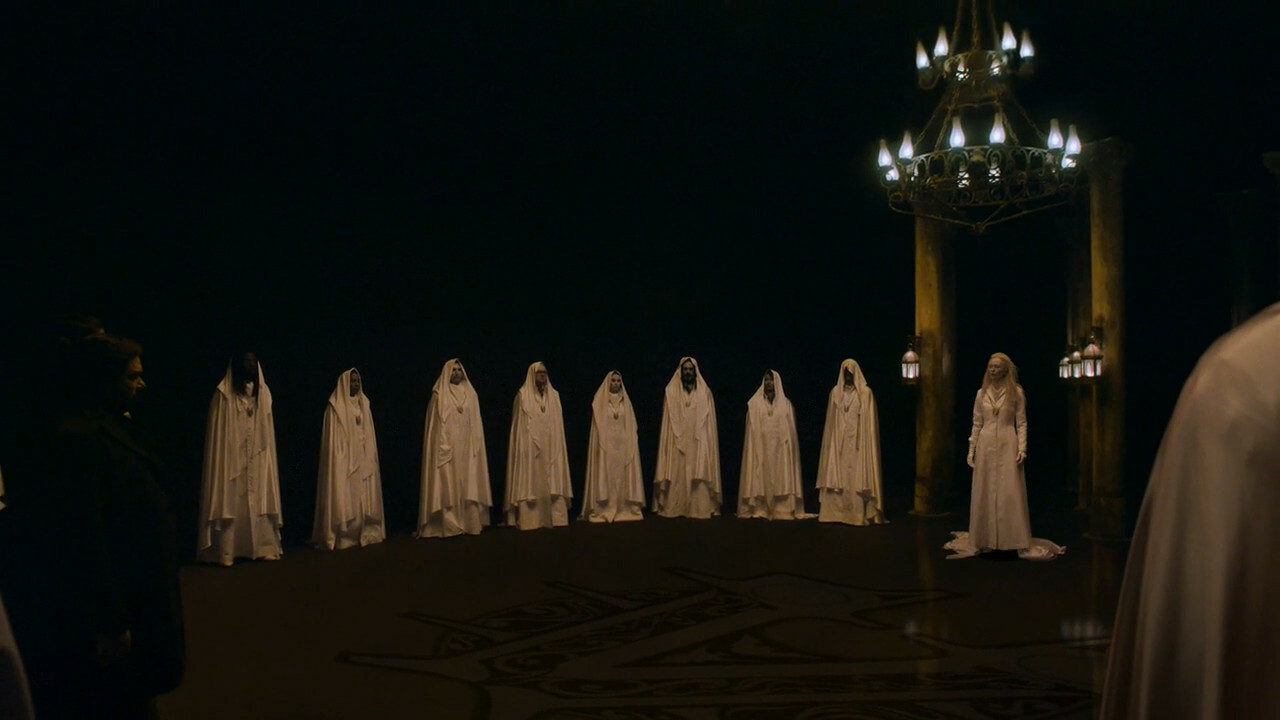 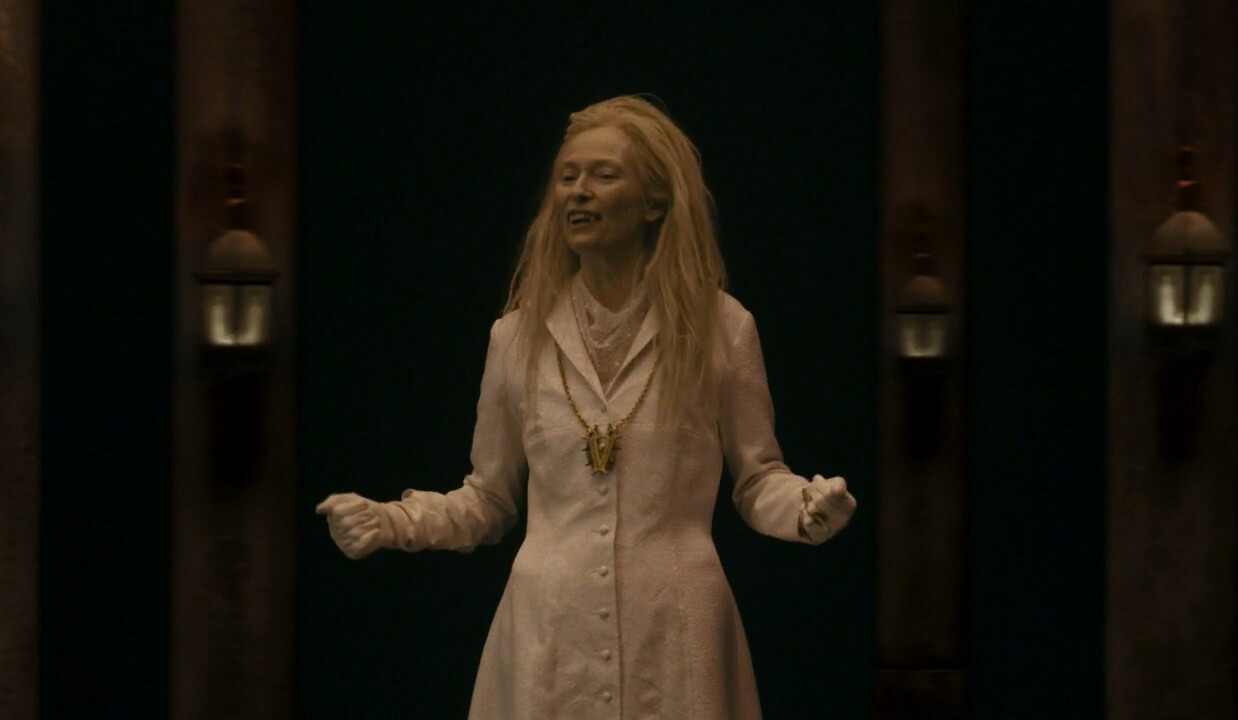 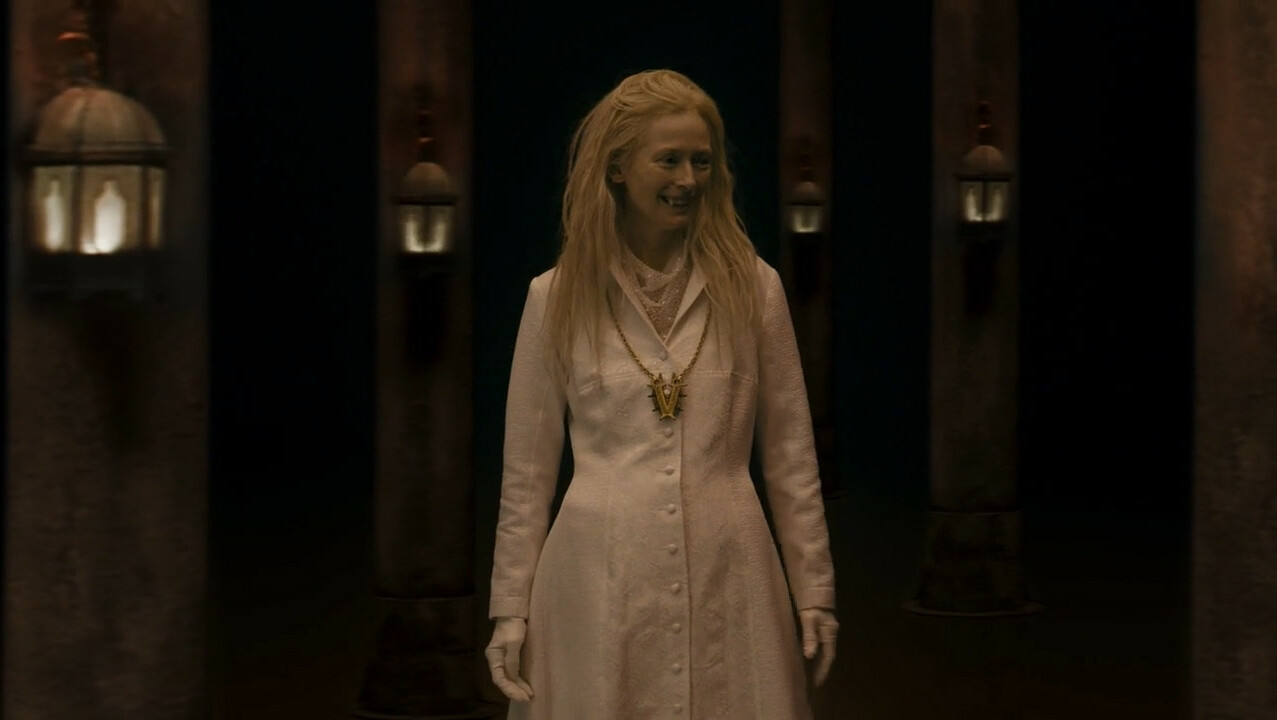 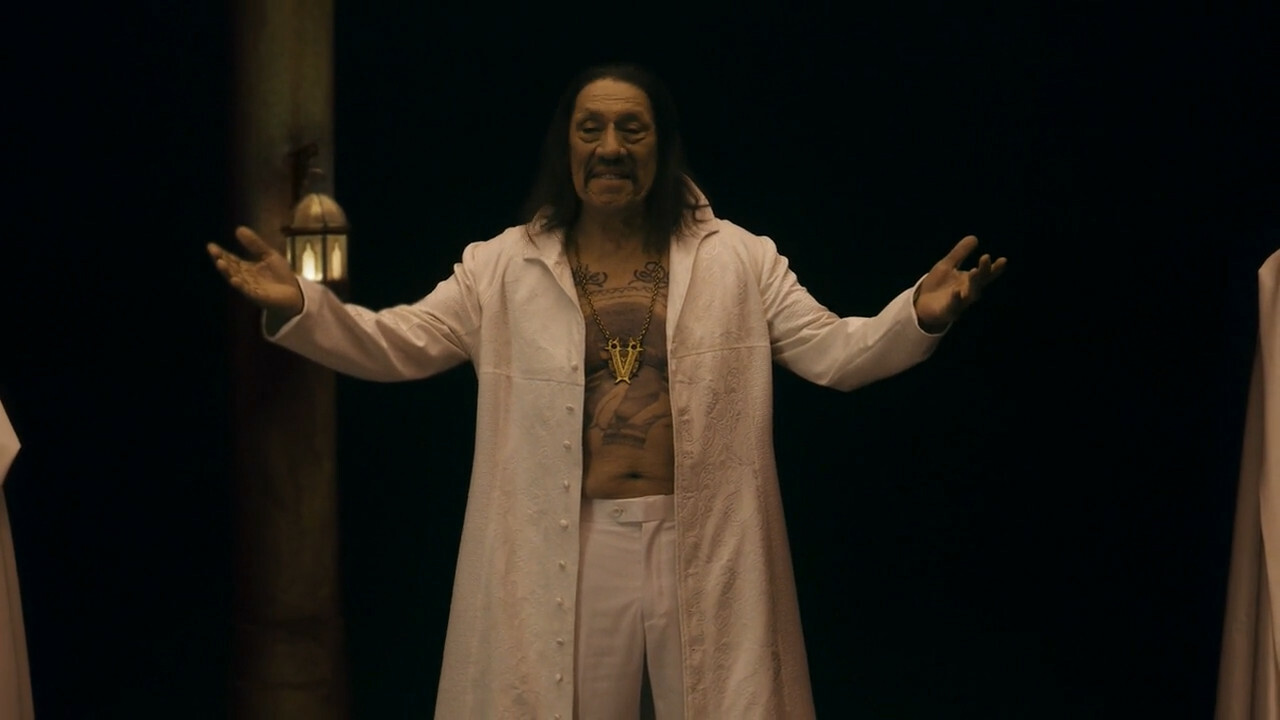 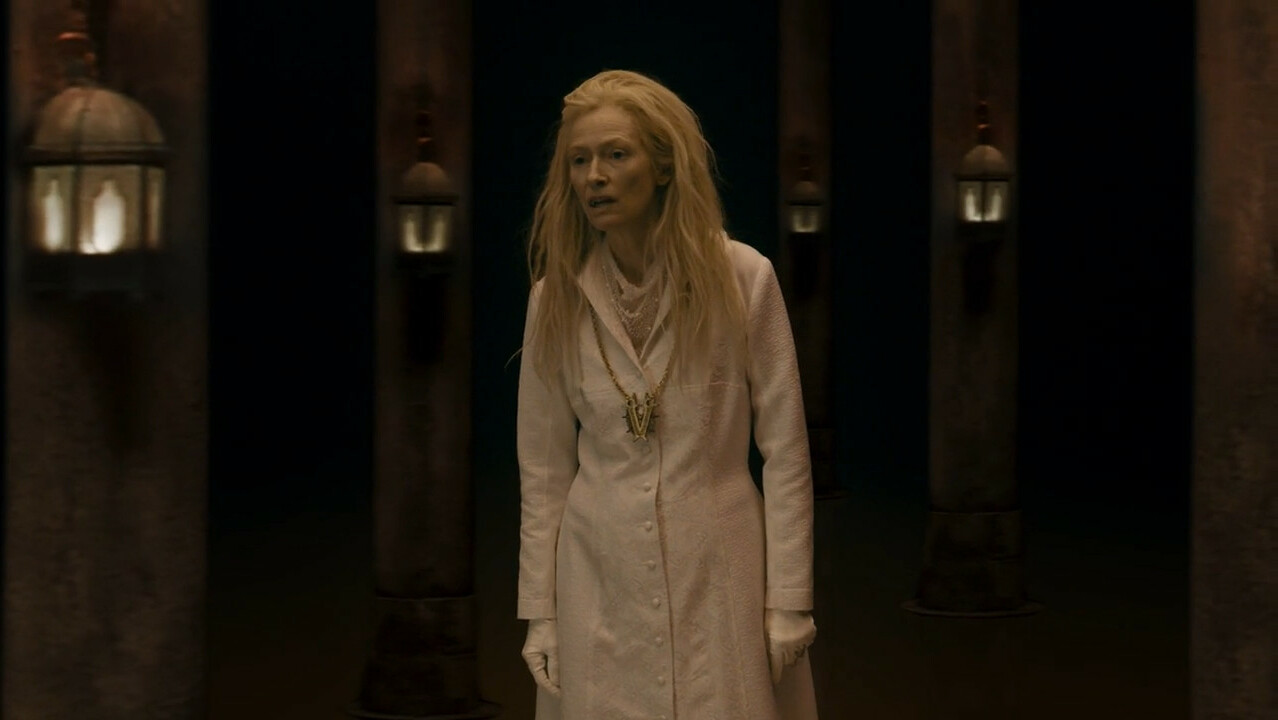 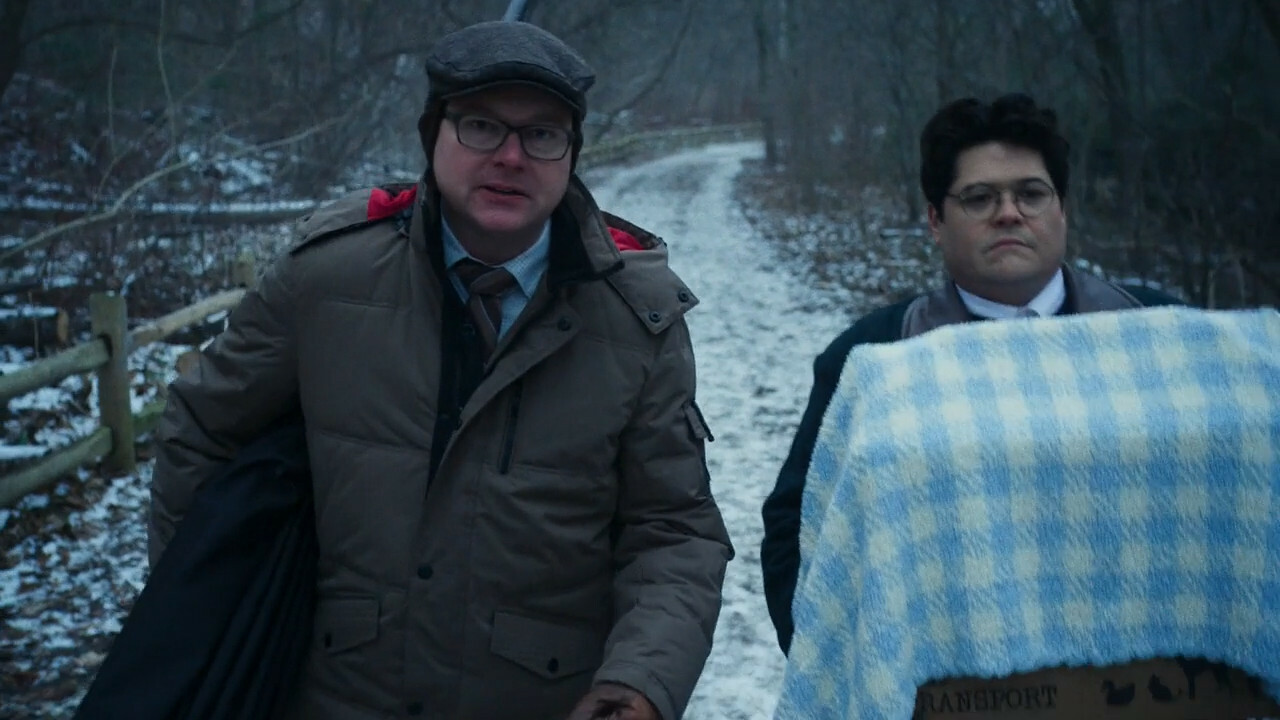 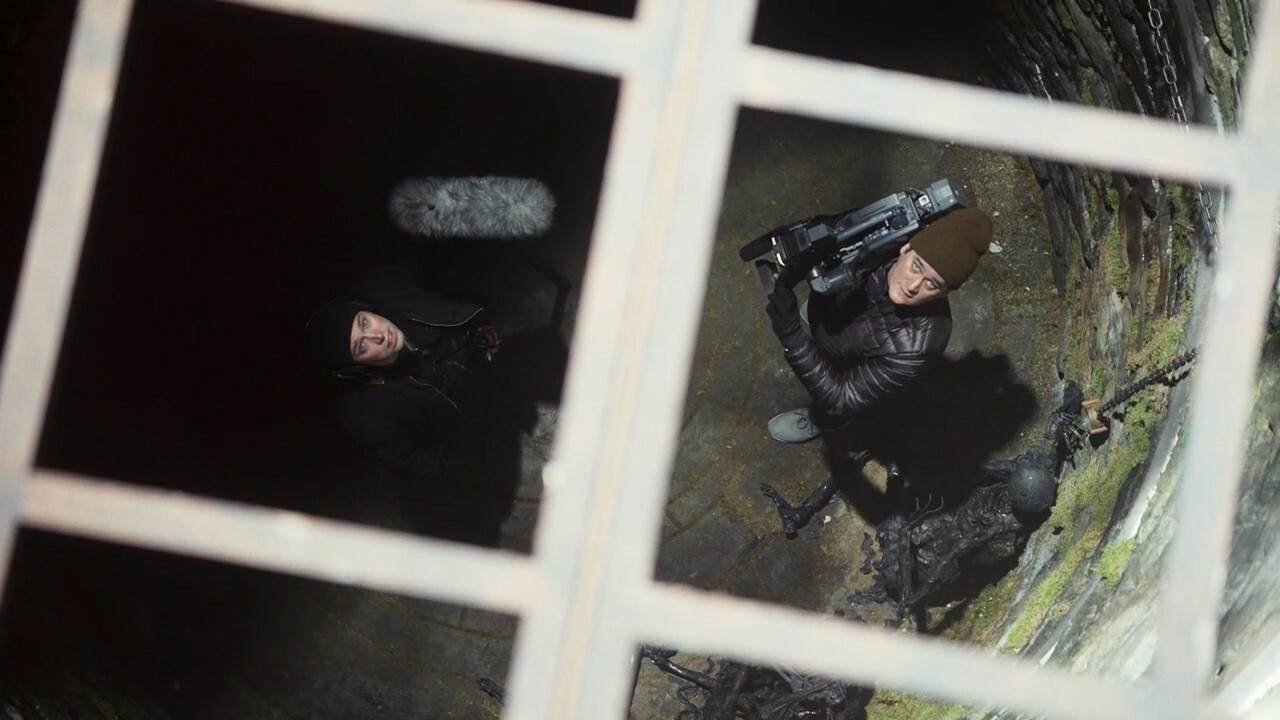 Oh, OK — this is the TV series based on the movie? I saw that movie at the Sundance Film Festival! (I know! How hoity toity!) I think I gave it a… five? a four? on the score cards. It was fun, but kinda clunky here and there, if I remember correctly…

But this is the TV series, which I haven’t seen, and Tilda Swinton is supposed to be in this episode, so I’m watching it now, for this blog series.

OK, so it’s still the same concept: A reality show slash mockumentary about a group of vampires living in… New Zealand? Yeah, I guess that concept’s got legs… “The Office, but with vampires.”

And that boss guy from The IT Crowd is playing the head vampire!? Was he in the movie? I’m re-watching The IT Crowd at the moment… (The first season is pure, sheer brilliance — possibly the best sitcom ever. I laughed and I laughed. I’m watching the second season now, though, and it’s a very different beast: The humour is mostly cringe based, and it’s a lot more sentimental.)

Now Emacs reminds me: I did try watching this TV series. And my stomach reminds me why I dropped it during the first episode: The shakycam is nauseating. I mean, literally. I’m getting nauseated watching this. It’s not a very shaky shakycam, but it’s panning left/right/up/down all the fucking time, and it’s EUUUURGH.

Perhaps drinking some rum will help…

Anyway, other than the nausea, it’s pretty funny so far. Most of the humour is still generated by the incongruous concept itself (“The Office… but with vampires!”), which seems a bit lazy. I mean, this is the seventh episode? There should be more jokes.

Kristen Schaal is totally owning this episode, though. She’s the best vampire ever!

And… it’s not on New Zealand any more, but on Staten Island. Makes sense for an American TV series.

Well, this is a bit difficult to throw the die on. If it hadn’t been for the er “cinematography”, I would totally watch the entire series: This episode was funny! I know I said that it didn’t have any jokes beyond the concept itself, but there were some really funny bits in here. And that’s Waititi himself as one of the vampire judges? He was funny, and Swinton was hilarious. But… when you can’t watch something without getting physically ill (yeah, the rum didn’t help), it’s… you know. 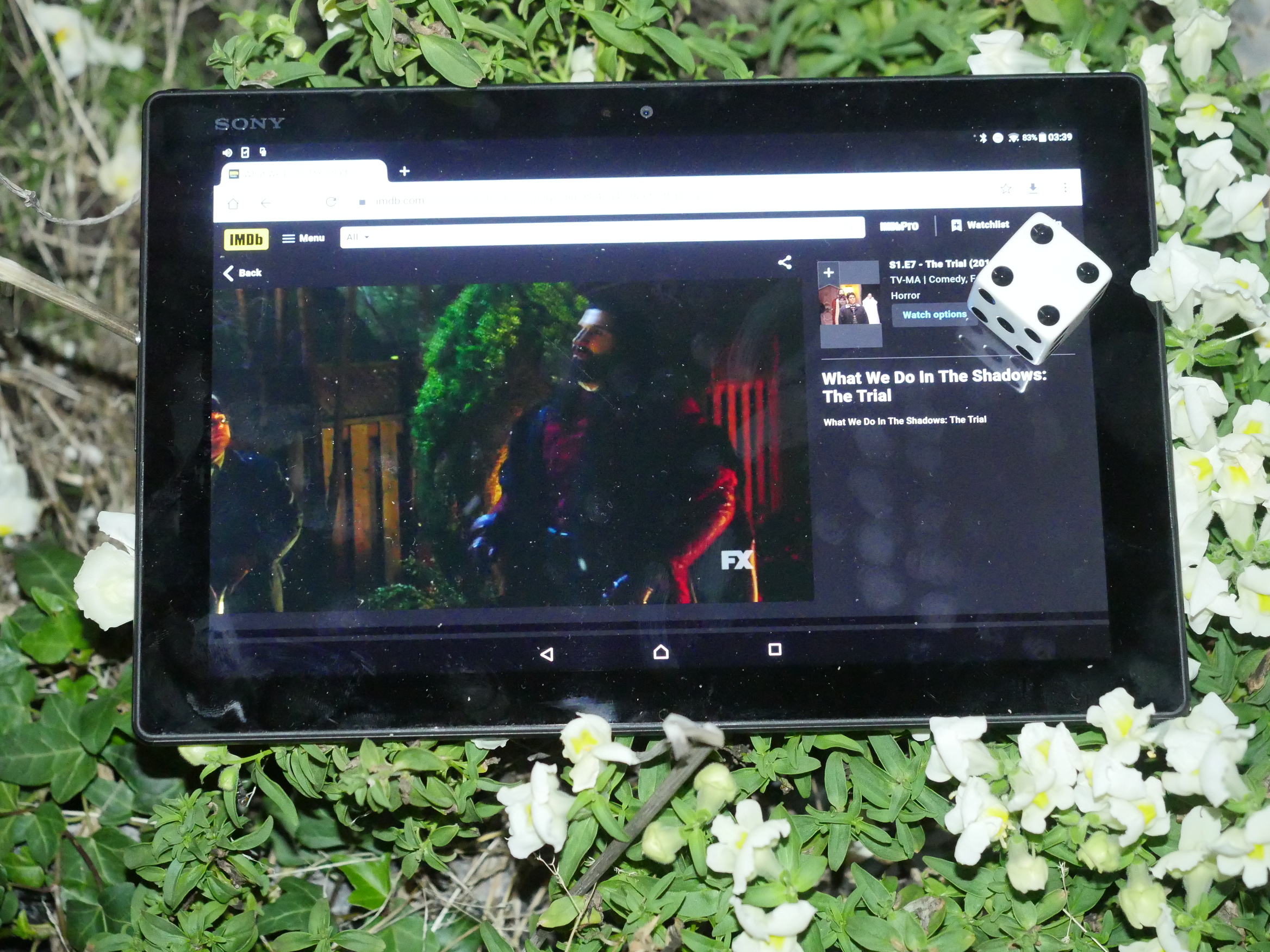