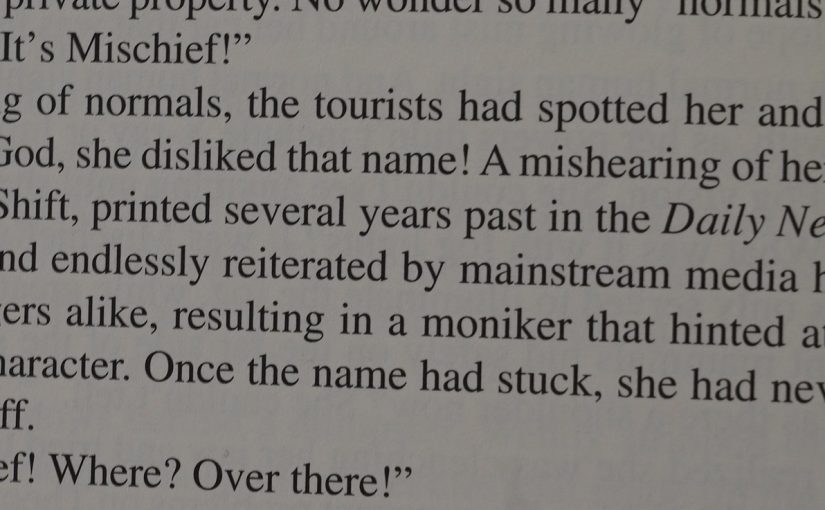 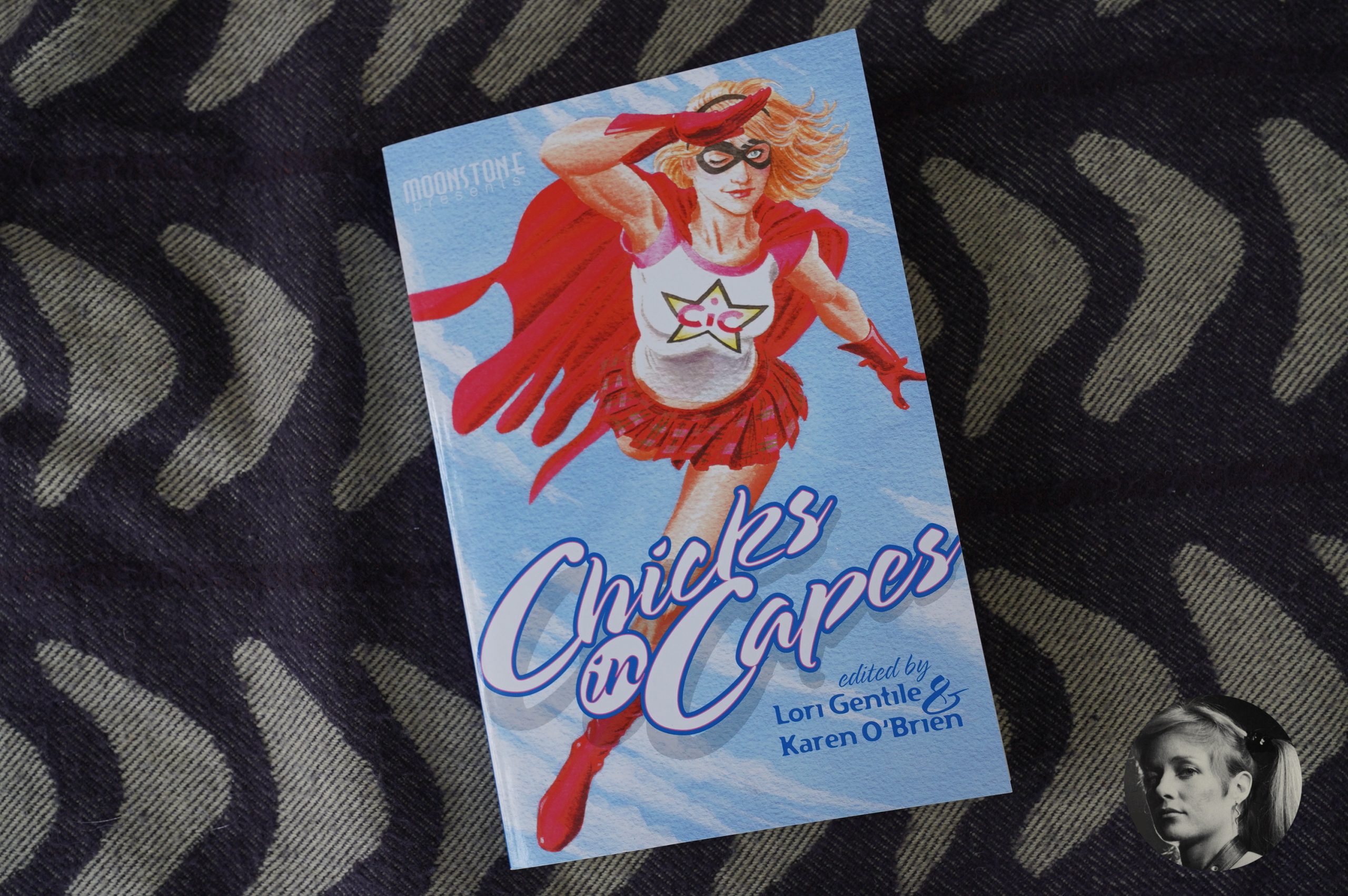 “Mischief” by Elaine Lee in Chicks with Capes, edited by Lori Gentile and Karen O’Brien, published by Moonstone.

OK, this blog series is about Elaine Lee’s comics, and this isn’t a comic book. Instead it’s an anthology of short stories about super-heroes. But I’ve bought it, so I might as well read it. 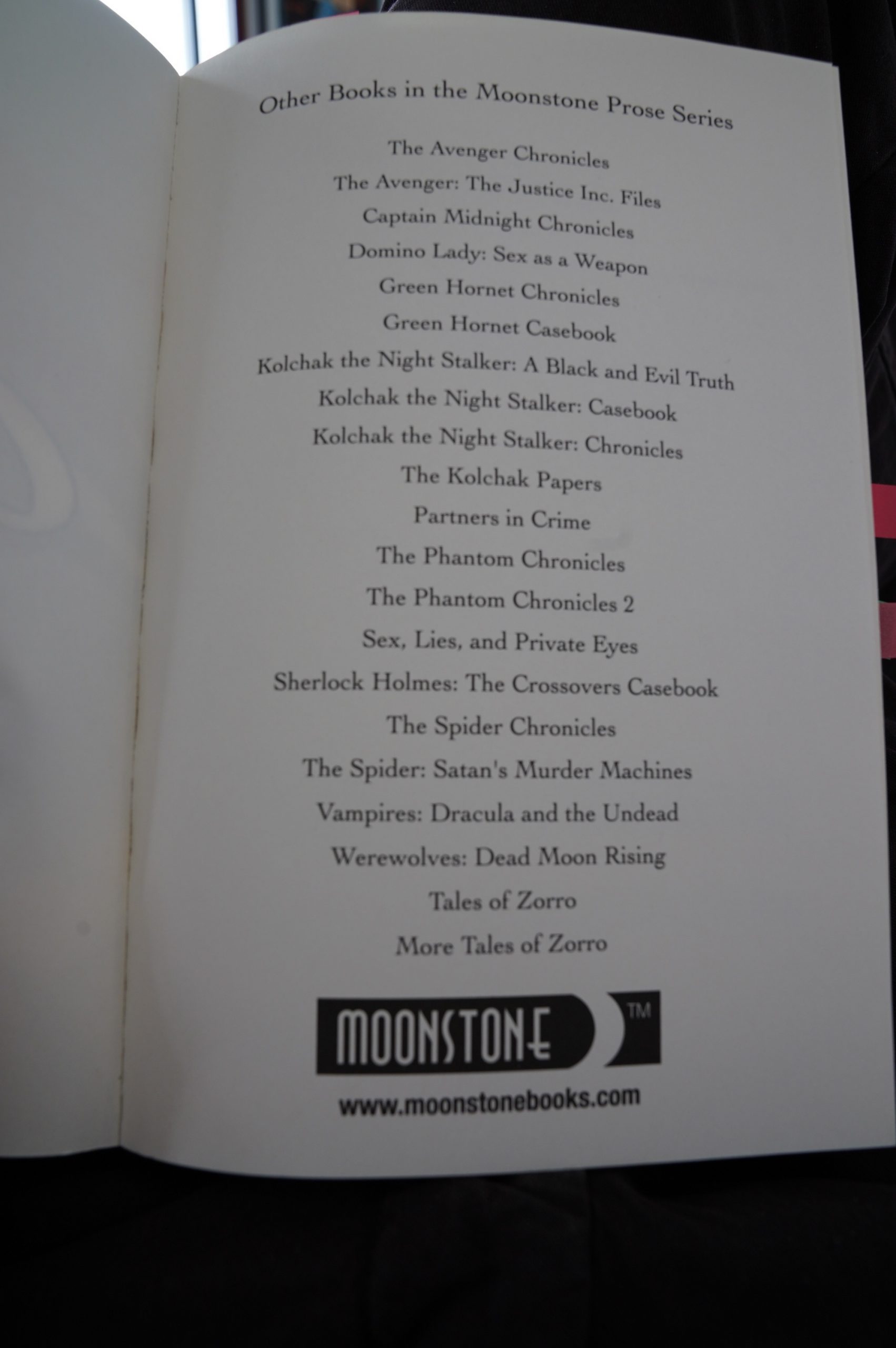 Oh, it’s a whole series of books… I had no idea. 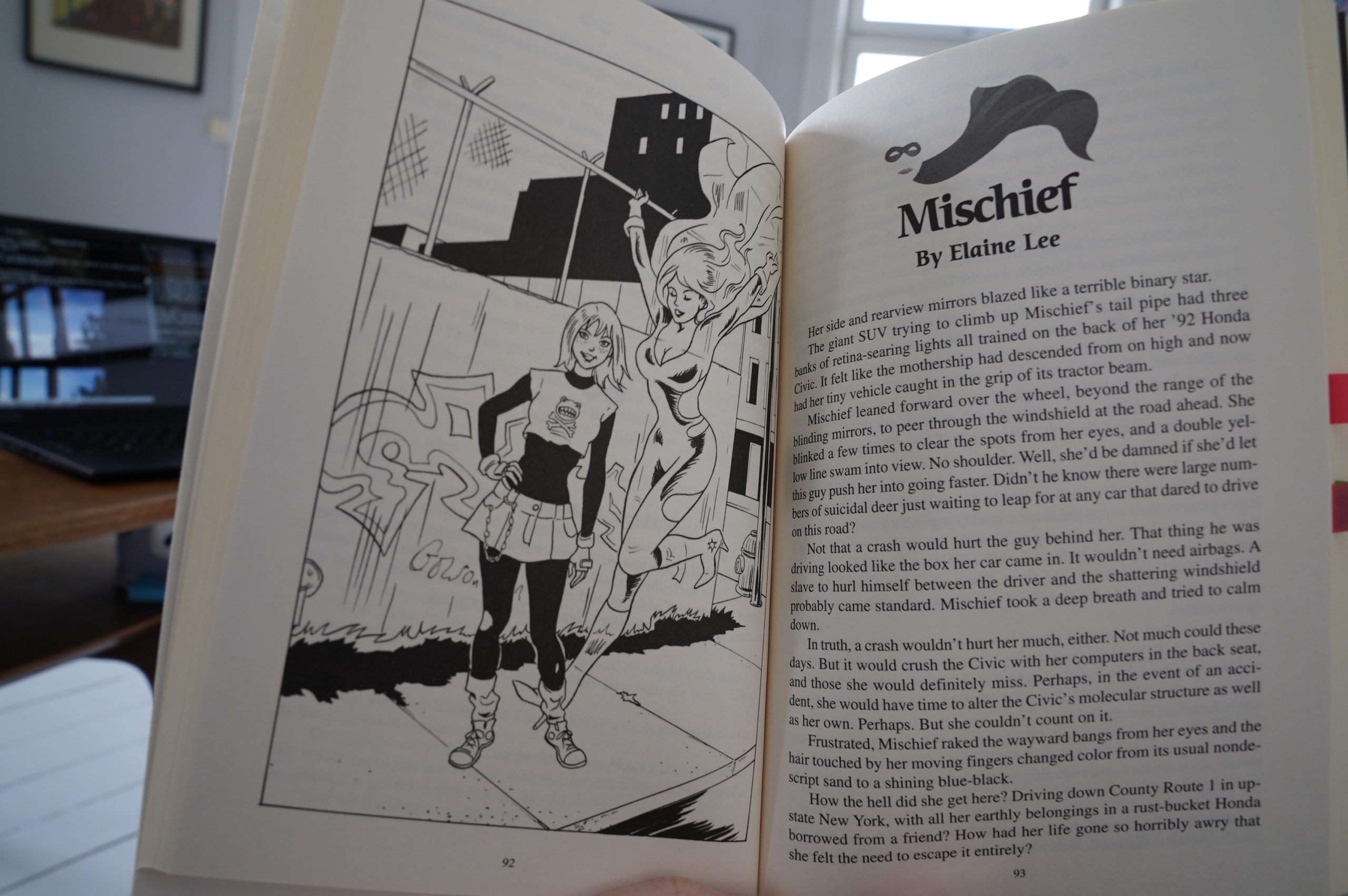 So Lee’s contribution is a 20 page thing about a super-hero called Mischief.

Oh, perhaps she’s thinking of a container, and the thing he’s driving is a square metal thing?

Mischief is an odd name for a hero, but here we get the explanation.

So, as you may surmise, this isn’t a Deep And Serious story, which is fine by me.

Hm… how does his exercise bike feel, anyway?

I’m just saying there’s some lines here that don’t quite… It’s a choppy read: We get a framing story (in a car), and a flashback to a super-hero fight, but most of the energy is taken up with a couple’s counselling session. It’s quite funny, but it’s a lot for 20 pages.

And it would be totally out of line for me to point out some copy-editing issues. I mean, I don’t even read my own blog posts, so they are teh grammer mistak.

It’s an amusing story (complete with revenge power fantasy), but just when I was getting used to the writing style, it’s over.